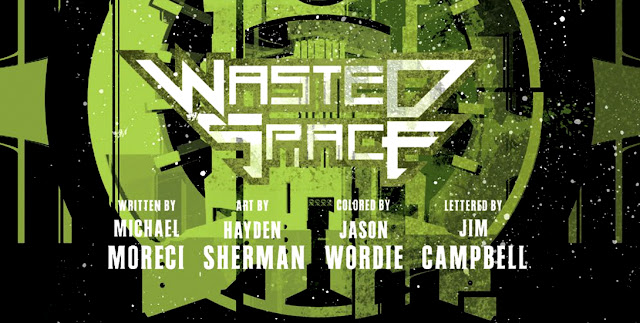 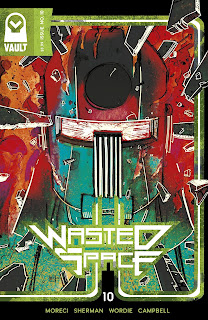 After the explosive ending of issue #9, I have to say that I was worried about the safety of Billy Bane and his band of merry intergalactic outlaws. I should've had more faith in him, Rex and, of course, writer Michael Moreci.

After nuking the richest @$$#07£$ in the galaxy Mr. Bane, Dust and Molly are ready to continue their quest to kill The Creator... but where on Earth will they find him? 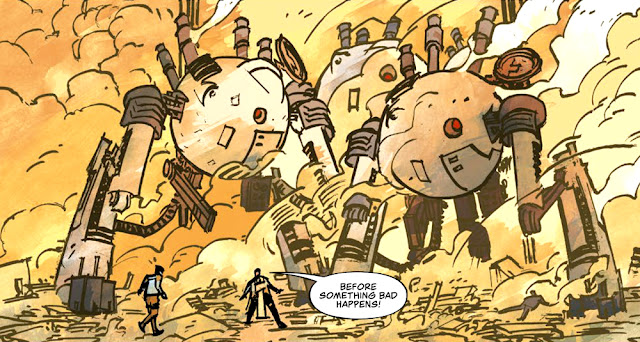 What I love about what the creators of this quirky, brilliant sci-fi series deliver in every issue, is the unique blend of everything I love about sci-fi, mixed with a ton of stuff that's fresh, new and that I never knew I wanted 'til it was given to me. Case in point, take the image above. What's more science fiction that giant robots with massive guns?

I'm a spoilerphobe, so let me just say that the conversation depicted in the book, framing both the arrival and departure of the mammoth mechs, is unlike any I've ever read in any other space opera. Oh... and how Billy and Dust get out of their predicament will bring the house down on all your expectations. 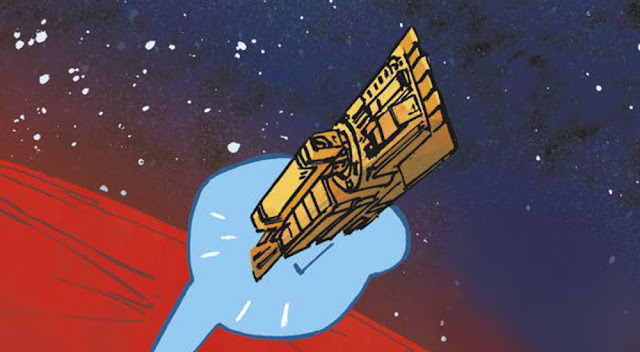 Pick up this comic. The first two panels of page three, the expressions on Billy's face when his companion decides to get friendly, compared to when he sees who's joined the party, are priceless. Then go to page four and look at, no... really look at the expressions on Bane's face in the first panel and Dust's grimace in the last one. Check out the dust, smoke, rubble and splinters. Admire the colors that Jason Wordie's picked out to enhance Sherman's line art.
Man... I'd love to be able to draw and paint like that.

Hayden Sherman and Jason Wordie have delivered a gorgeous issue. Making their characters act when they have faces is one thing, but the way that the Creator can glare menacingly into Billy's eyes when his face is, to all intents and purposes, a Star Wars storm-trooper's helmet, is just brilliant. The way that the use of close-ups and stellar color work give expression to a face that actually doesn't have any is genius. Oh... Jim Campbell's change of both font, lettering and background color for the Creator's dialogue also help immensely.

These three artists, and the way they deliver the writer's ideas and narrative to the page, are living proof of what true collaboration and teamwork can deliver. Moreci, Sherman, Wordie and Campbell could be comics' all-new Fantastic Four. 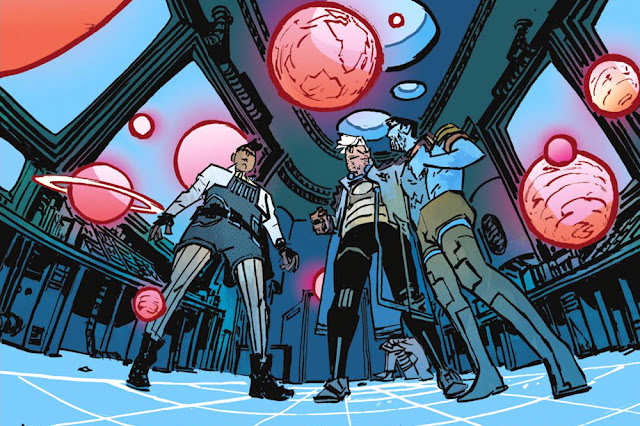 Alpha And Omega, Locks And Keys

Molly is a revelation. Her powers are astounding, her innocence beguiling and her perspective enlightening. I'm loving the way she's growing and developing as a character and the way that she, and her companions, can still surprise me. Decisions were made in this issue that really came out of left field, yet still worked and felt completely real.

Ten chapters in and I'm in love with these characters, so receiving a new issue of Wasted Space puts a grin on my face every time. 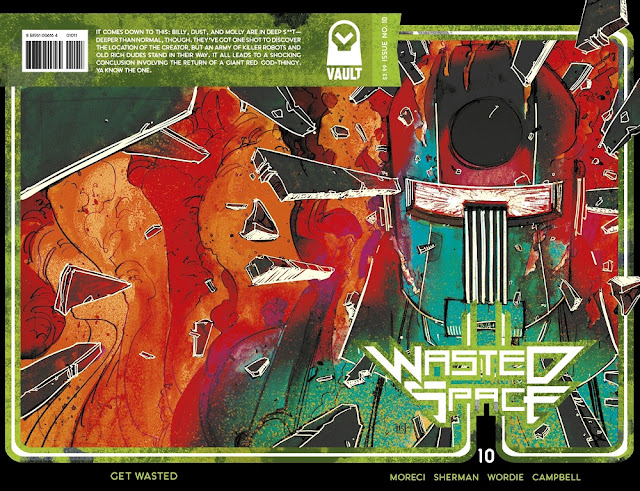 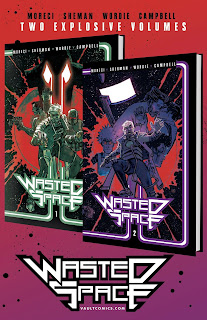 With Michael Moreci and Vault Comics officially announcing that Wasted Space has now been extended beyond 20 issues to at least 25, we're rapidly approaching the mid-point of the saga.

This series continues to delight and surprise with every instalment and I cannot recommend it highly enough. Comics fans, sci-fi fans, people who want to read and look at a comic that's completely unlike anything else out there, Wasted Space is just the tonic you need.

If you haven't been able to pick up the individual issues, then grab one (or both) of the goregous collected editions, available to order wherever fine books and comics are sold.

Read them, devour them, love them.

Images Courtesy Of The Creative Team and Vault Comics