DC Introduces ‘Joker: Killer Smile’ And ‘The Question: The Deaths Of Vic Sage’ On Black Label 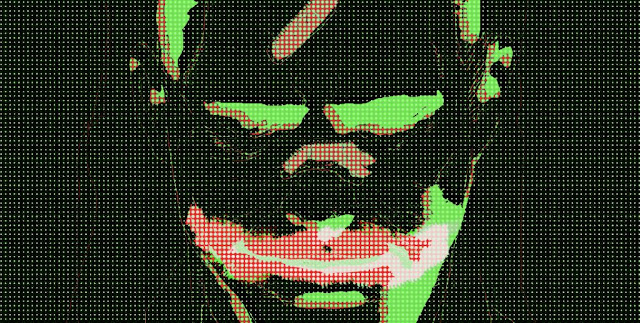 DC’s Black Label has been at the forefront of sophisticated adult comic book publishing over the last couple of years. Many of DC’s mainstream characters have had stories released on the imprint, and now two brand new mini-series have been announced: Joker: Killer Smile, and The Question: The Deaths Of Vic Sage.
Here’s the full 411, direct from the publisher: 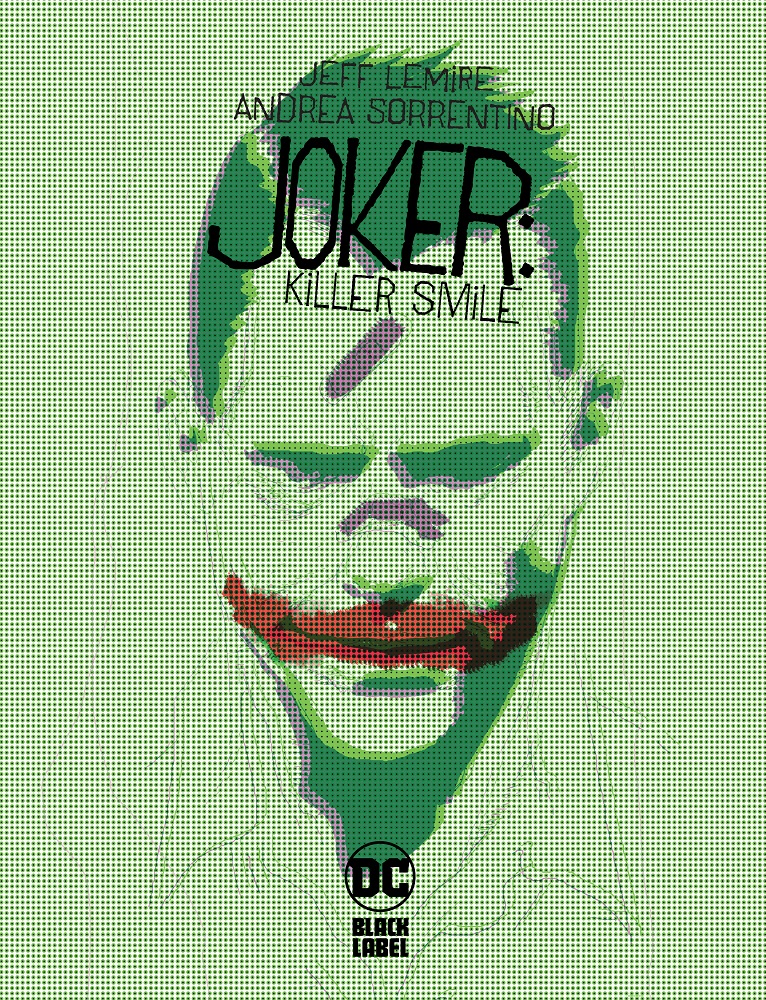 In JOKER: KILLER SMILE Lemire and Sorrentino will share their own interpretation of one of the darkest characters of the Batman mythos—the Joker. For years, the Joker has terrorized Gotham, facing off with Batman time and time again. But now he’s found a new adversary, one that can deliver him from the purgatory of Arkham Asylum and set his madness free once more—the very doctor tasked with treating him. As he gets his hooks deeper and deeper into the mind of his prey, Joker sets off a chain reaction of mayhem that will threaten to tear down not only Gotham City but the soul of this idealistic man, and his young family, too.


“Getting to work with my long-time collaborator Andrea Sorrentino on a Joker story is very exciting,” shares Lemire. “The Joker is an iconic character and we wanted to create something that challenges readers to look at him in a new and horrifying way.”
Sorrentino adds, “This story has pushed me as a creator to aspire to new heights in storytelling. That little spark of madness in the Joker gives me an opportunity to play with the pacing, the layouts and the storytelling in a way that few other characters would allow.”
JOKER: KILLER SMILE is a three-part story that will debut October 30, 2019, releasing every other month following. 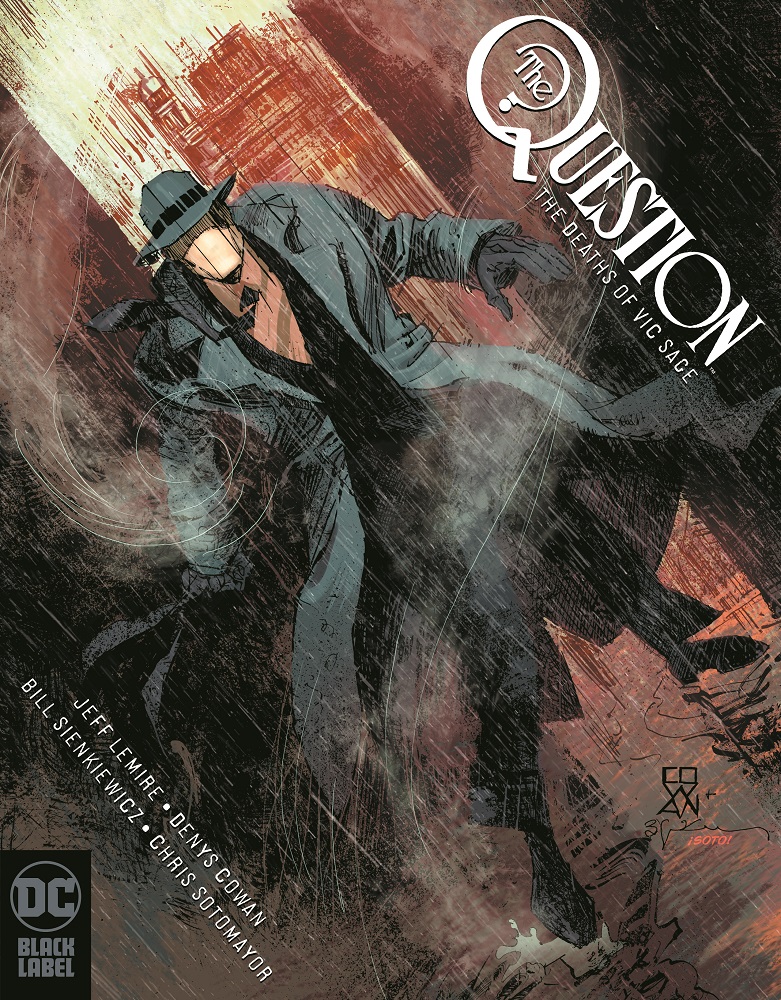 In THE QUESTION: THE DEATHS OF VIC SAGE, Lemire, Cowan and Sienkiewicz launch a philosophical mystery starring Vic Sage—the Question. Building on the legacy of Dennis O’Neil and Cowan’s previous run, it begins in an early Hub City where an unsolved mystery has led to the demise of the Question—and history will soon repeat itself. Beginning in the Old West and continuing through the lawless 1930s, the answers needed to solve the problem are out of reach—and may doom the Question once again.


The faceless man who believes in absolutes will soon find himself in a world where it all blends together, and escaping this trap is the only way to set himself free.
Lemire adds, “Denys Cowan’s run on The Question has been a touchstone for me as a creator and a fan of comics for a long time. Getting the chance to team with Denys and Bill Sienkiewicz to return to Hub City and Vic Sage is a dream come true.”
“Jeff is an excellent writer and this might be one of his best stories so far,” shares Cowan. “The series will go through multiple time periods and explore aspects of Vic Sage’s past and present that have never been explored before. Combined with Bill Sienkiewicz’s inks and Chris Sotomayor’s deft color touch, this may be the best version of the Question yet.”
Sienkiewicz adds, “Working with Denys is always a rewarding experience, so revisiting the Question with him after all this time—and in a special format—is the textbook definition of a no-brainer. It doesn’t hurt that I’m also a huge fan of Jeff’s writing and Soto’s fantastic colors. What a team to be a part of.”
THE QUESTION: THE DEATHS OF VIC SAGE is a four-part story that will debut November 20, 2019, releasing every other month following.

Both series will be released under the DC Black Label banner. For more information on these new series, keep following Fantastic Universes.