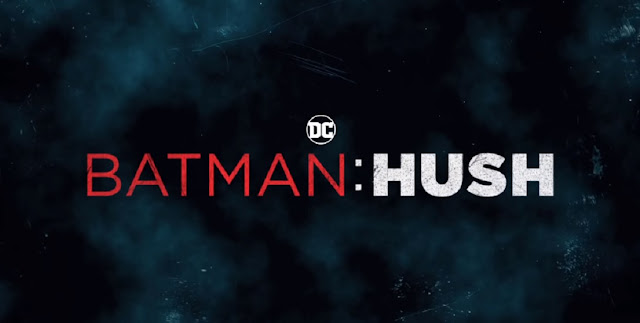 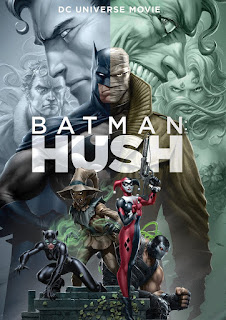 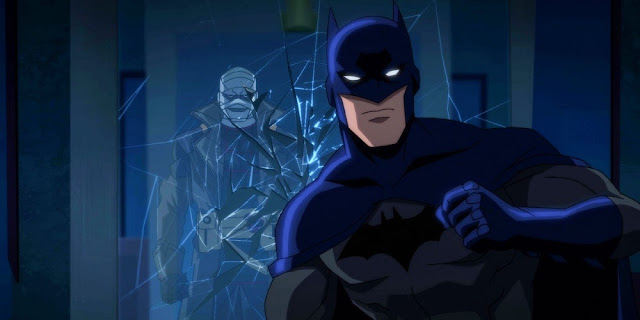 Whenever I hear that there’s going to be an adaptation made of a favorite story, the first thing I do is dig up the comics and re-read them. When it comes to Batman: Hush this is never a chore, but an absolute pleasure. I am fortunate enough to own the original 12 issues, the trade paperback and the goregous hardback Hush Unwrapped, too. For the purposes of reviewing the material, I opted for the softback collected edition, and upon reading it, I knew that this story would be impossible to adapt without some major re-working. I came in expecting changes.
For a start, the whole sequence with Jason Todd would be rendered useless, as Under The Red Hood had already told the tale of the second Robin’s return. Many other things have happened since this story was published; Tim Drake is no longer Batman’s partner, Barbara Gordon isn’t Oracle anymore either, she’s a fighting fit Batgirl again. I knew that all of this had to be different in the adaptation, but that these were alterations that shouldn’t impact the story too heavily. The movie, of course had to streamline the story, but started off fairly accurately. The first major change was Killer Croc being replaced by Bane. This made no sense to me, and was completely unnecessary, in my opinion. The whole sub-plot of Batman’s rogues behaving in uncharacteristic ways fitted Croc far better than Bane, for the purposes of the story. Still, whilst the change felt unnecessary, it didn’t negatively impact the narrative.
The next deviation was the appearance of Batgirl, with Babs replacing Huntress in this version. This change made a lot more sense, based on the state of play in DCAU continuity right now and the fact that Oracle is no more. I dug this change, mainly because I’m a huge Barbara Gordon fan. 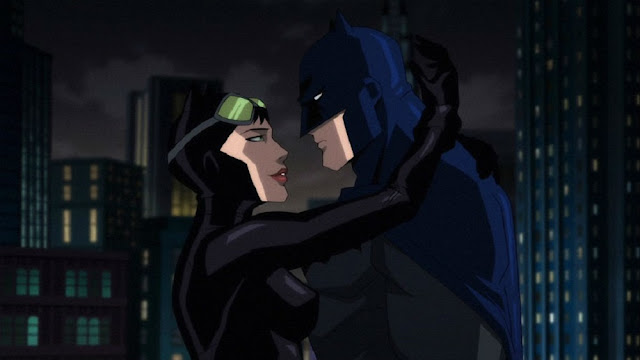 The middle portion of the movie flowed quite well, closely mirroring the source material, but with trims made for time. Shiva played the role of link to the League of Assassins and Tommy Elliot was introduced in a far less complicated manner, if they hadn’t been then the whole sub-plot with Hush pulling strings, sabotage in the Batcave, and the complicated conspiracy threads within the original arc would have made for a three hour animated movie, which I don’t believe anyone is ready for yet. Once again, while I didn’t love the changes, I totally get while they were made.
The film is lovely to look at, the action scenes are terrific and the voice actors are all absolutely outstanding. Jason O’Mara could be my favorite Batman after Kevin Conroy, and Jennifer Morrison is an outstanding Catwoman. In fact, I cannot fault any of the performances at all. The film as a whole, however… sadly, that’s a different story.

I’m not one for spoilers, so I’m not going to give anything away, but some changes were made that totally wrecked the movie for me, not least the reveal of Hush’s true identity. I know that certain things may well be rectified in any future sequels, but I don’t get why they were made in the first place. Don’t get me wrong, to anyone who’s not a complete comics nerd, or to a viewer who’s coming into this material fresh, the film is extremely entertaining. Anyone who hasn’t read Hush will probably love this movie. Fans of the source material, however, will most likely come away feeling disappointed.

Batman: Hush is available as a digital download now, and will be released on Blu-Ray and DVD on August 6th.