Review: Batman And The Outsiders #3 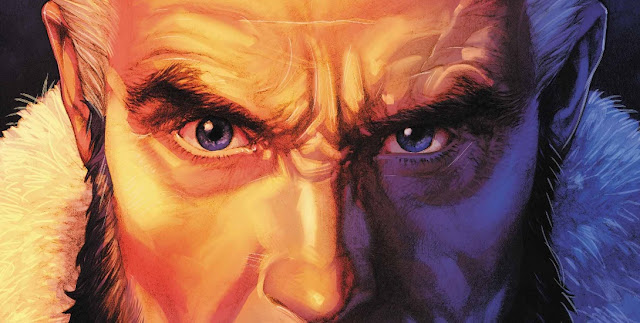 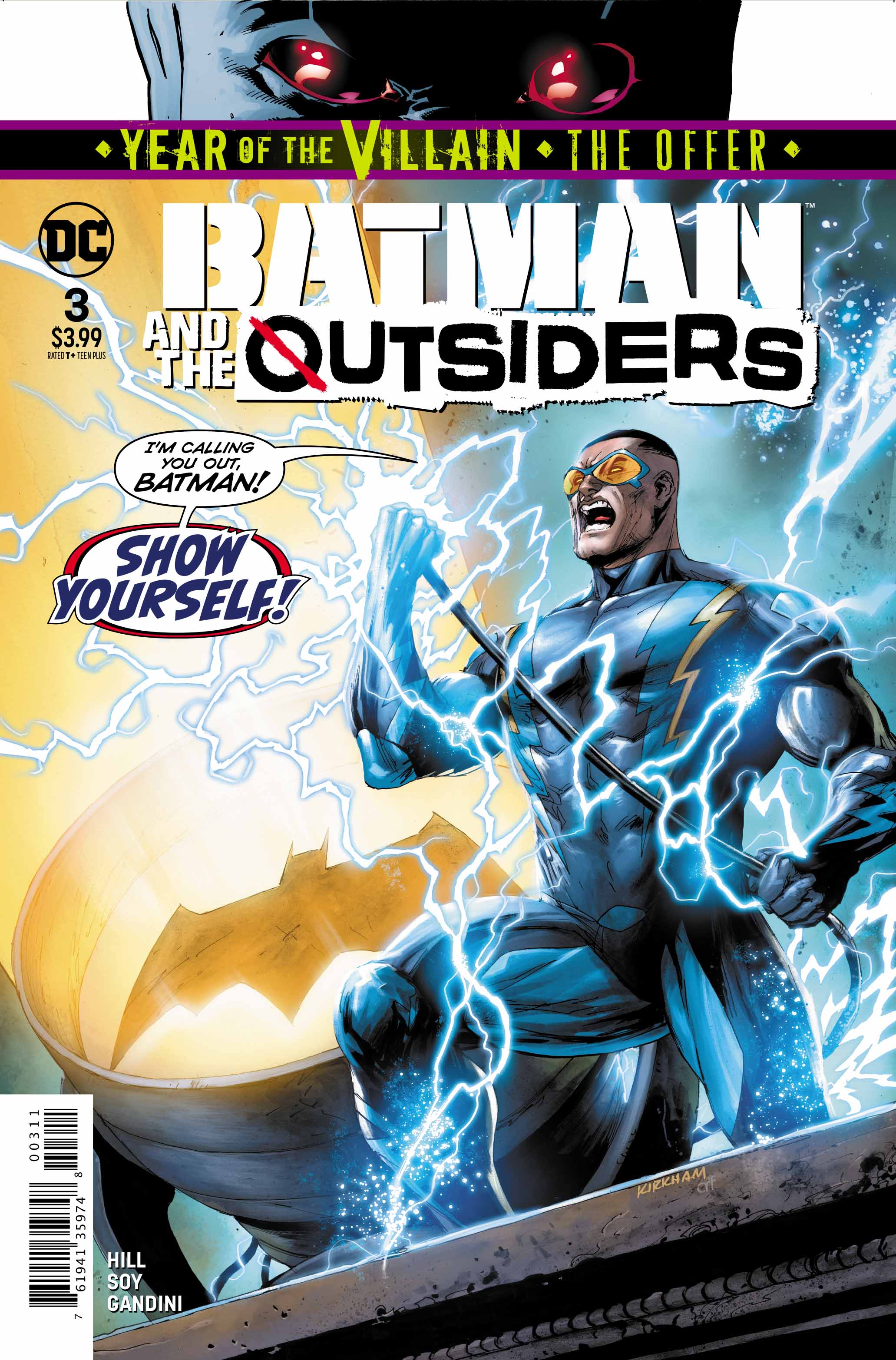 Sofia has been captured by Ra’s Al Ghul and is being indoctrinated by him to join the League Of Assassins. Batman And The Outsiders #3 shows us just how far the Dark Knight will go to get his team battle ready.

The mission: save Sofia… at any cost.
I knew that Bryan Hill was going to write a fantastic series as soon as I heard about it, and every single issue is proving me right. The action and psychology in this book is phenomenal, it’s the kind of superhero tale that I’d give to anyone who doubts the genre, or the medium.

There’s a  brilliant scene between Duke and Cassandra in this issue, after Signal battles a ghost from his past. All these characters are wonderful, and I love them. Batman has never been so impressive and his team is made up of awesome individuals. 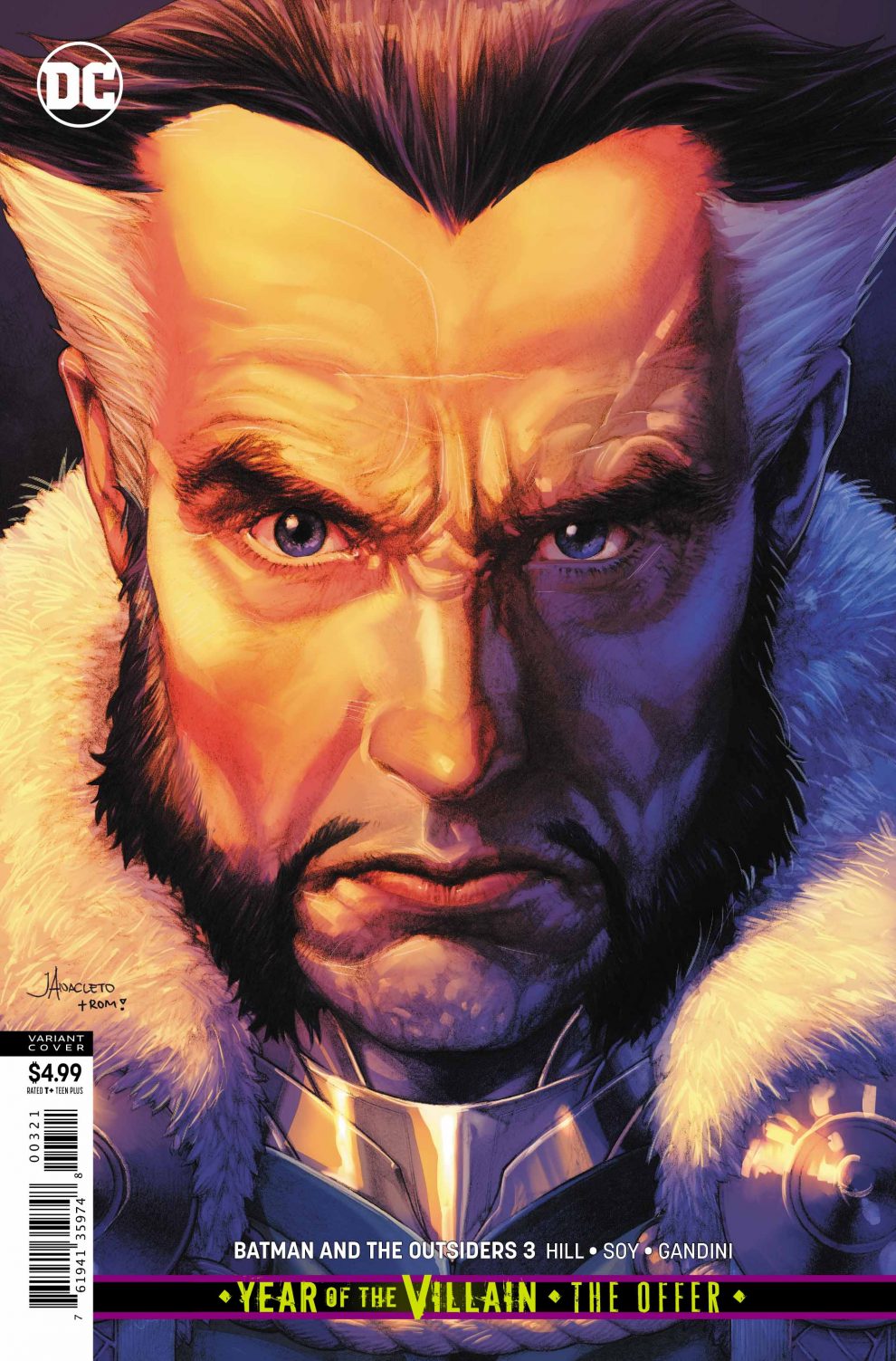 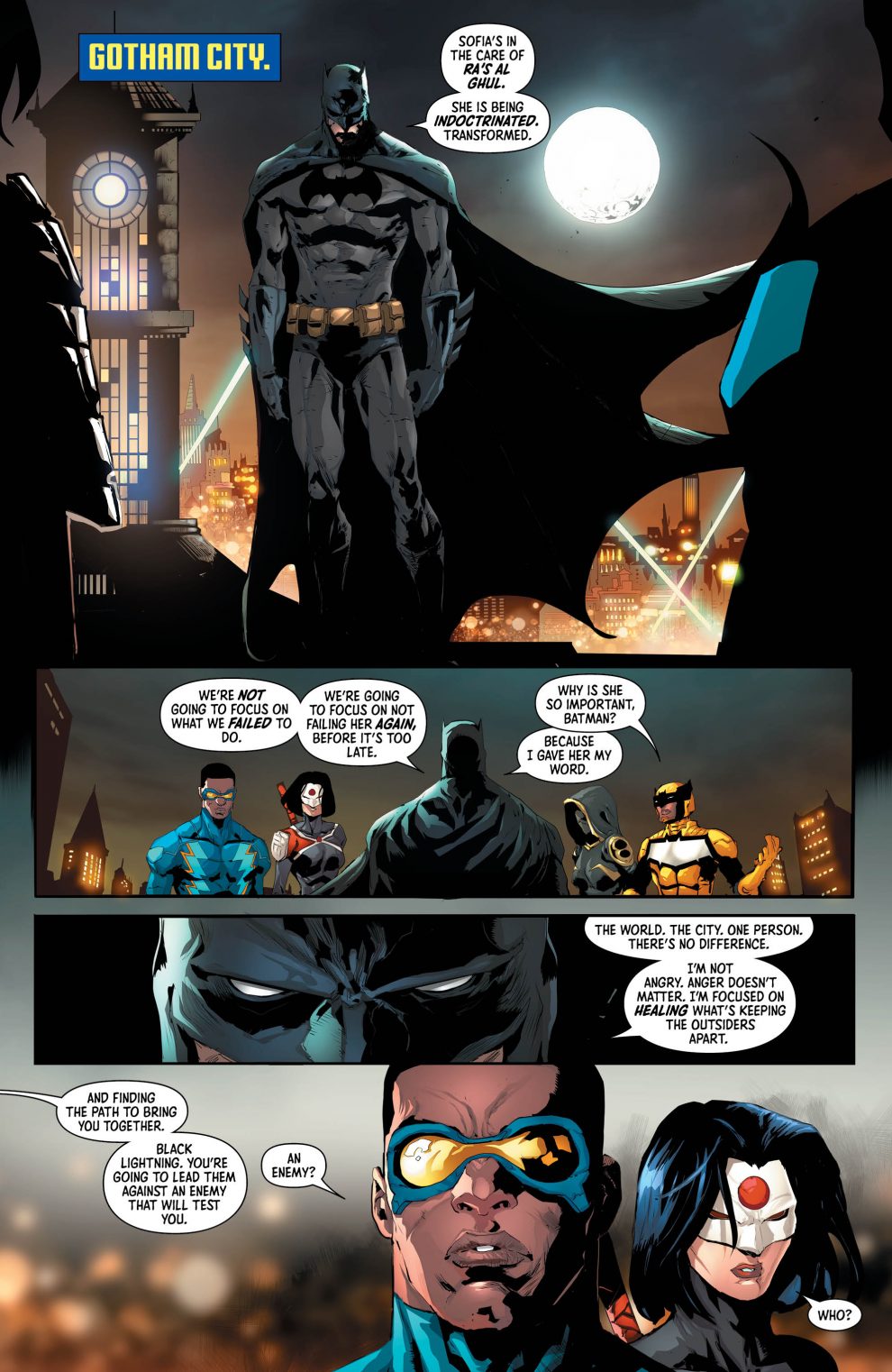 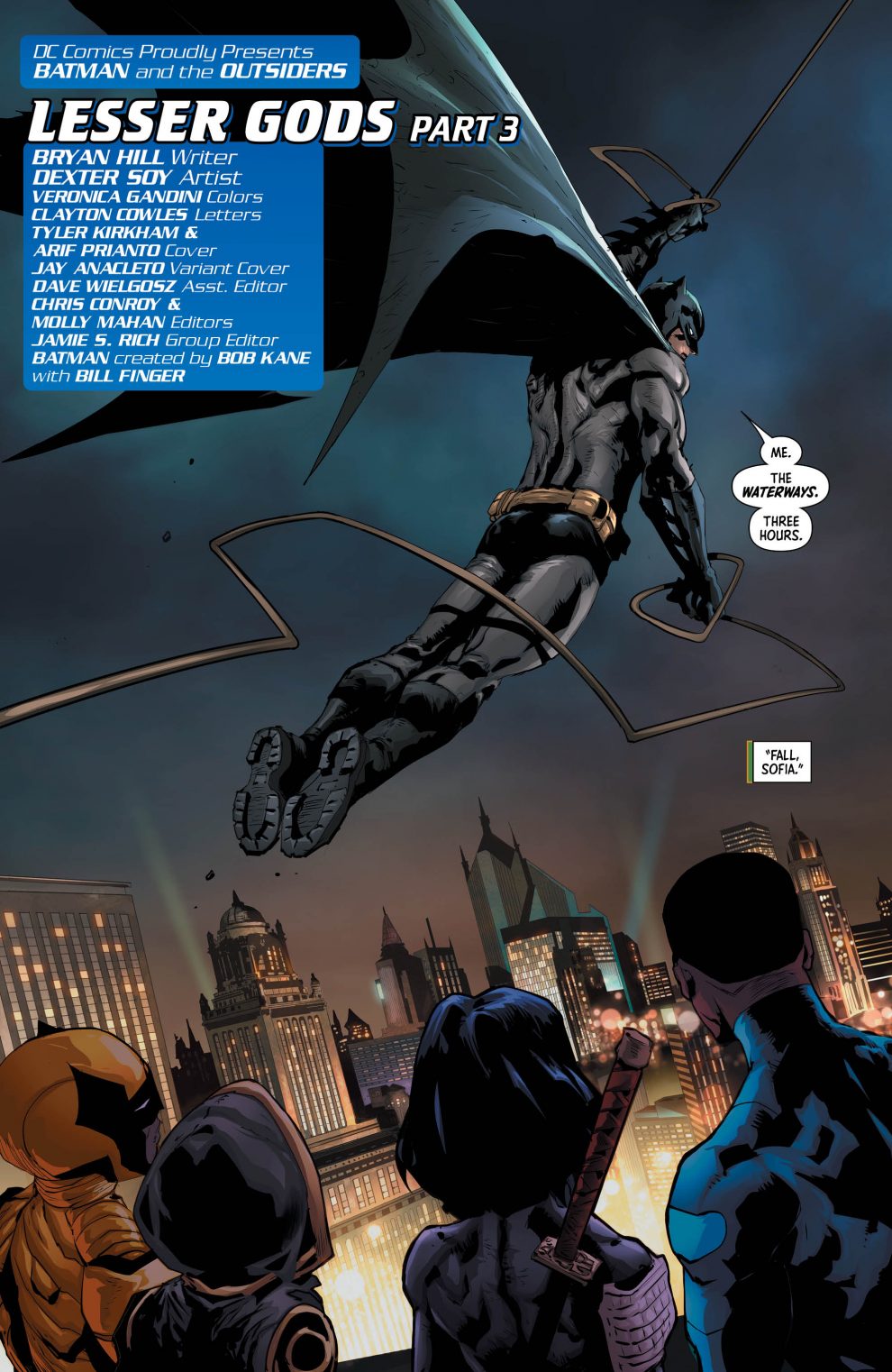 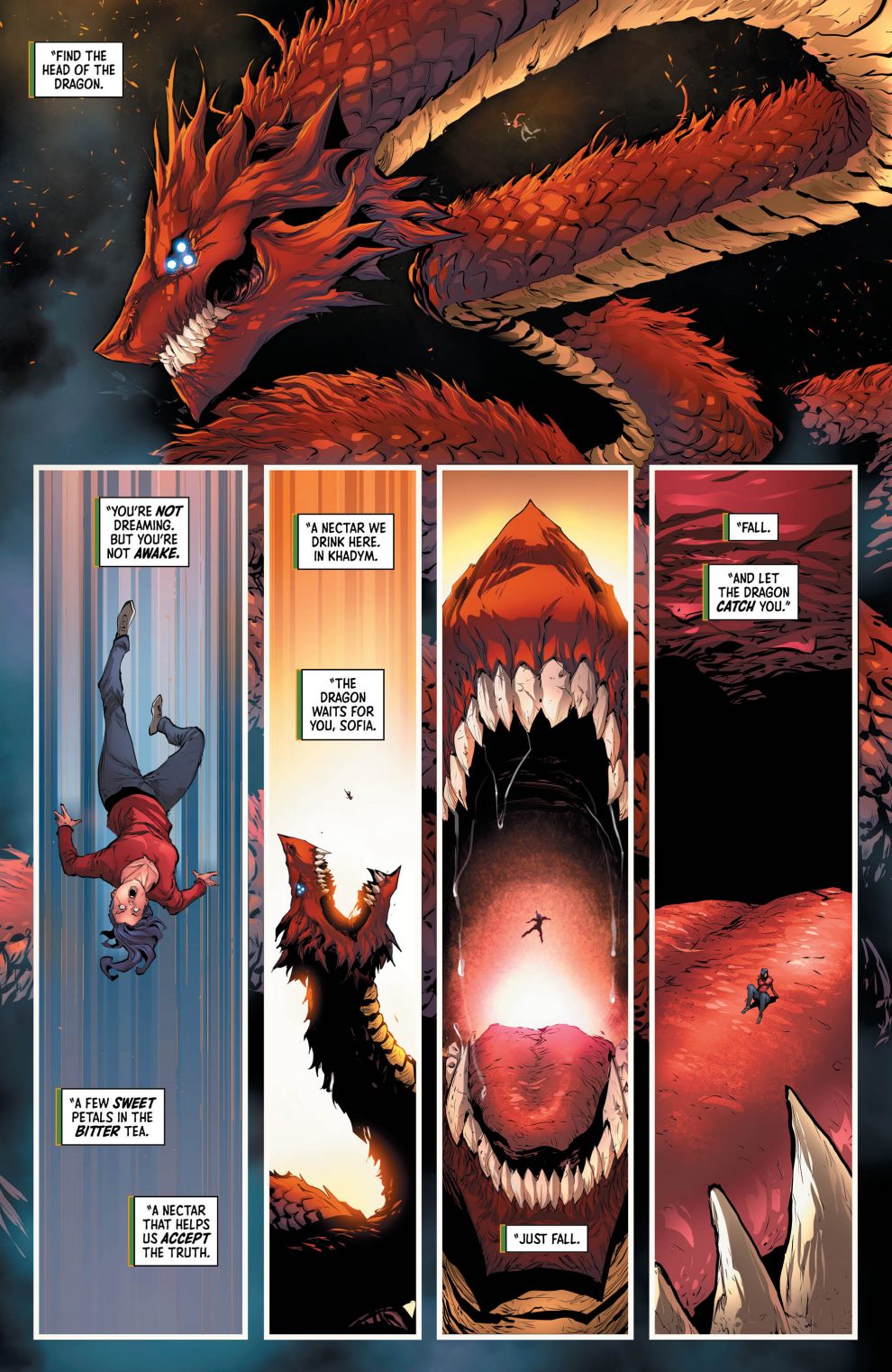 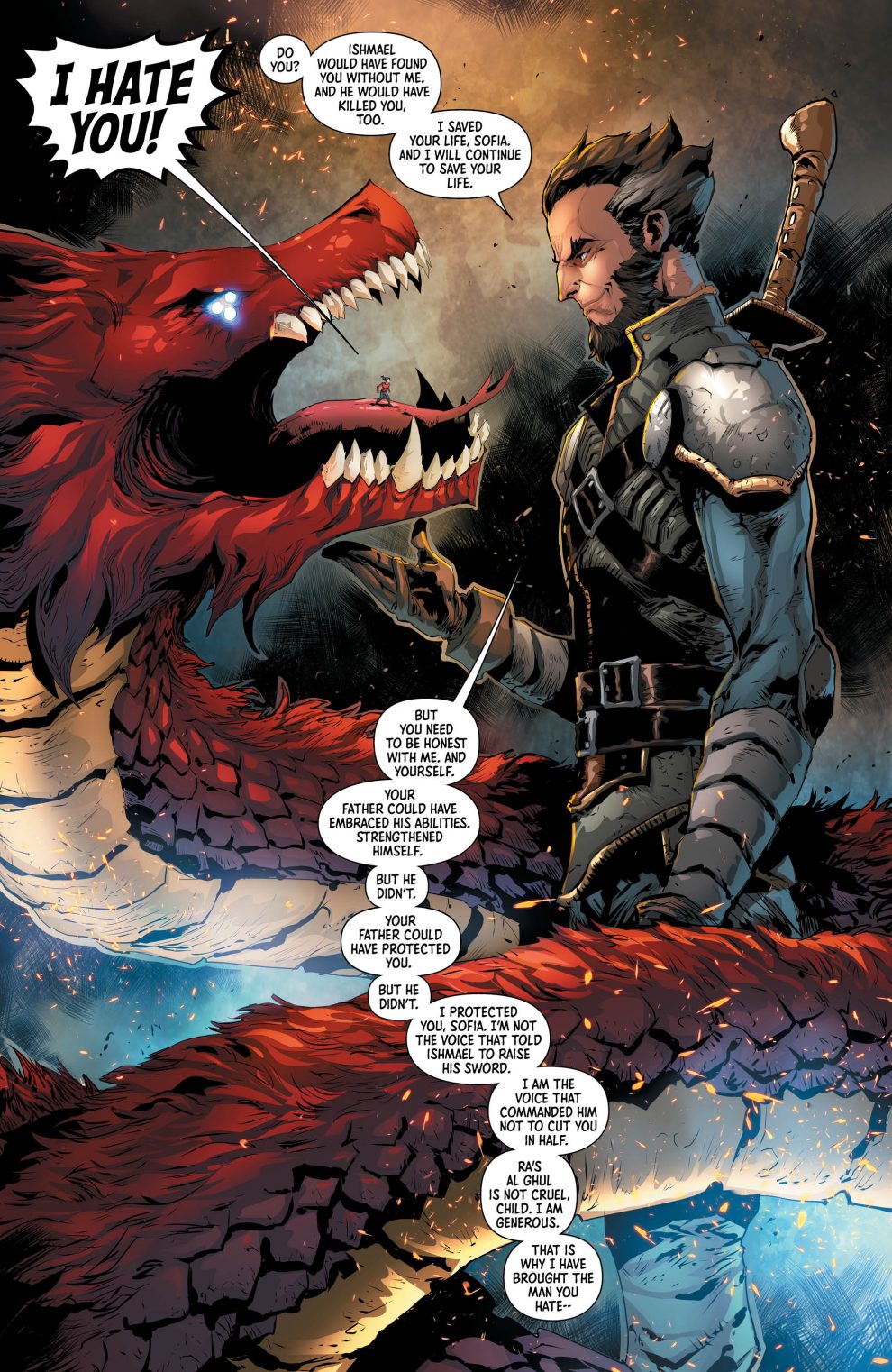 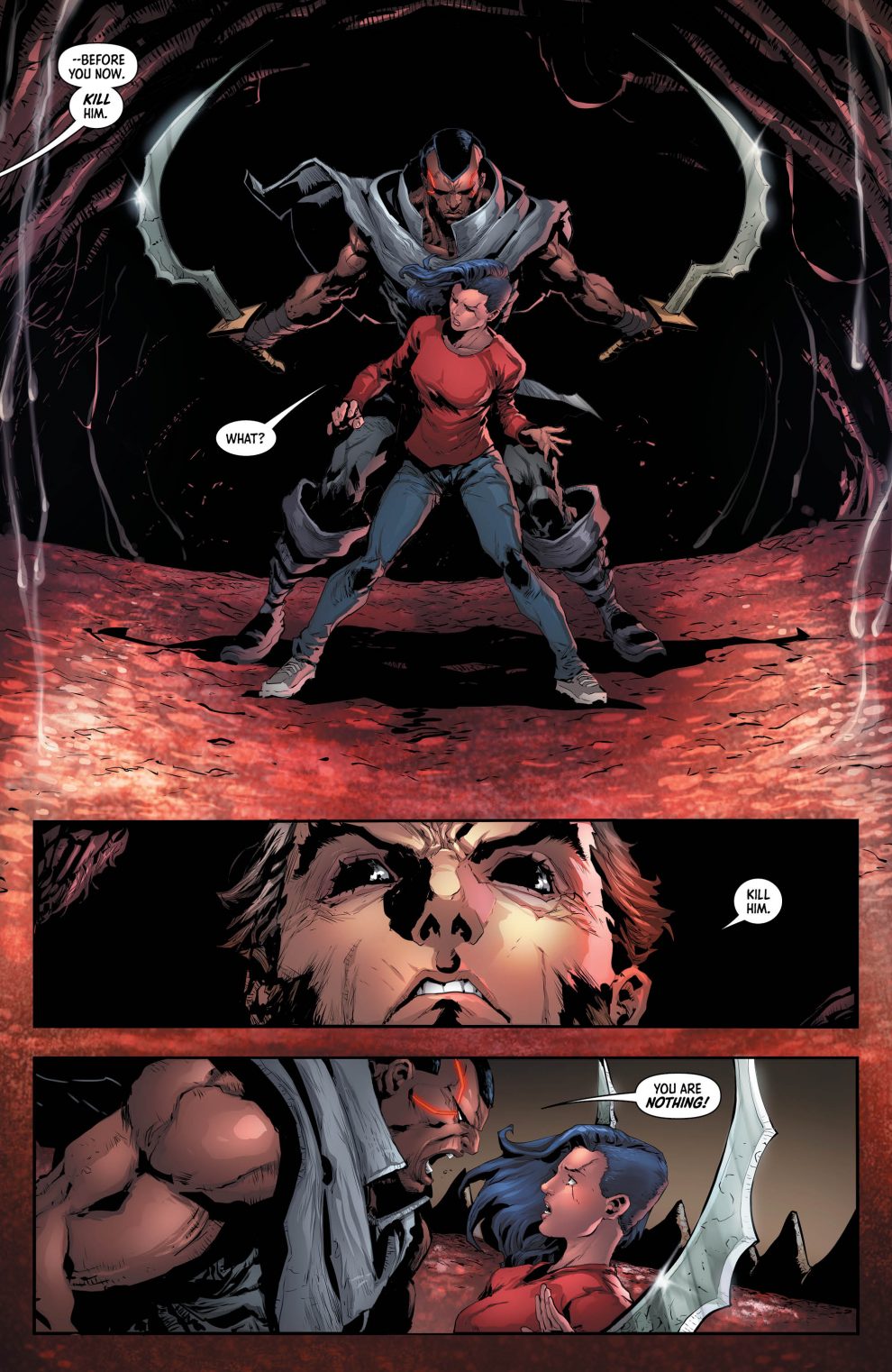 Speaking of awesome individuals; Dexter Soy, Victoria Gandini and Clayton Cowles definitely qualify. I’ve been a fan of Dexter’s work for years, and love the way his art manages to blur the lines between Manga and American comics so perfectly. He gives each character a unique face, and his Batman is outstanding. The line art is vibrant and full of life, but Victoria’s colors make it shine brighter still. This lady is an absolute star! From the opening page – with city lights aglow behind our heroes – to dragons, explosions and martial arts, every page just pops.
Check out two pages from issue #2 that Dexter Soy recently shared on social media. They demonstrate just how much a great color artist adds to a comic. 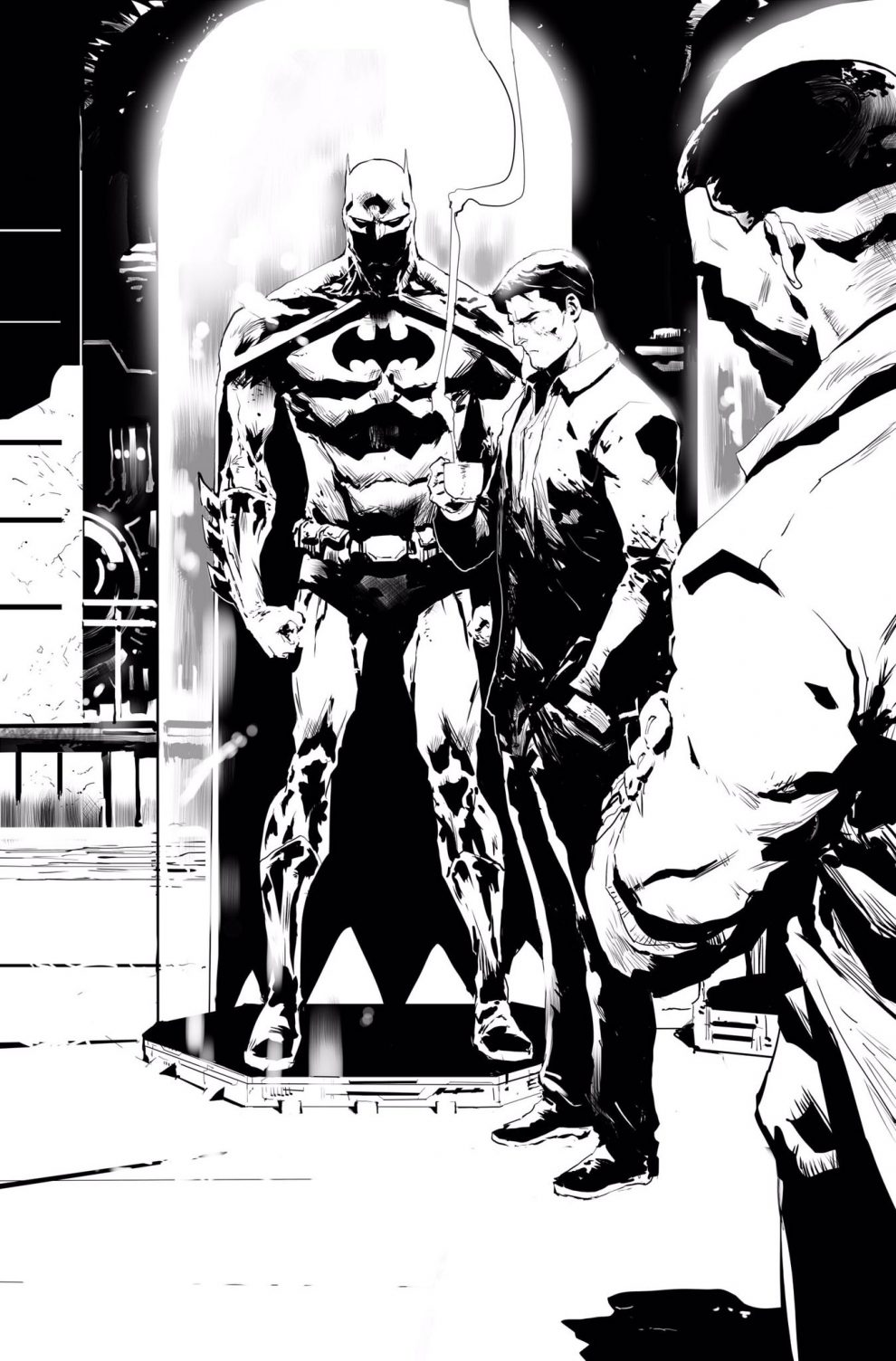 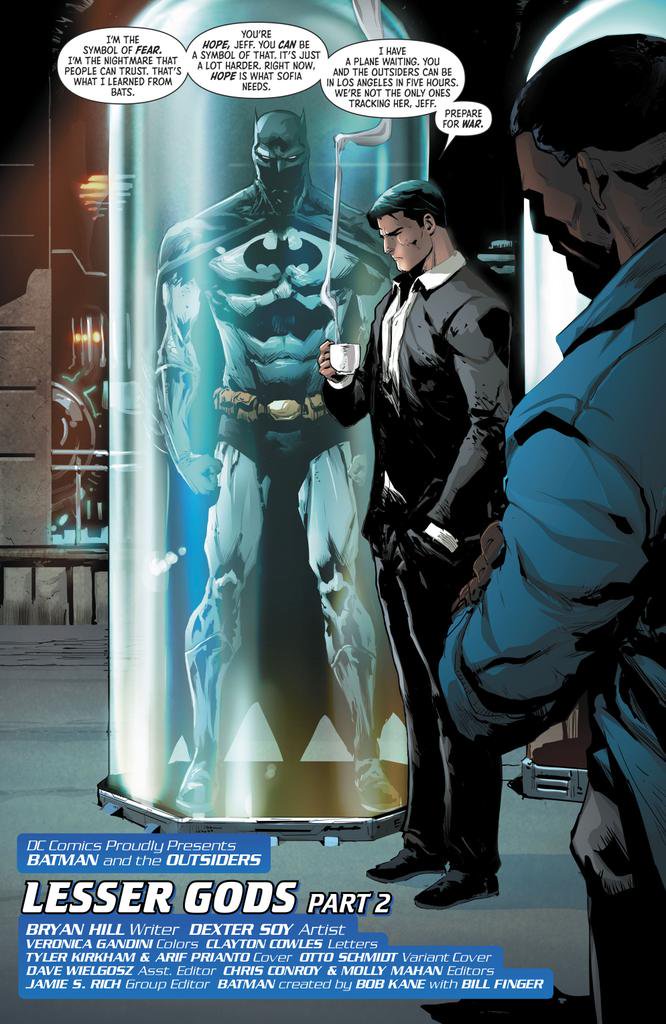 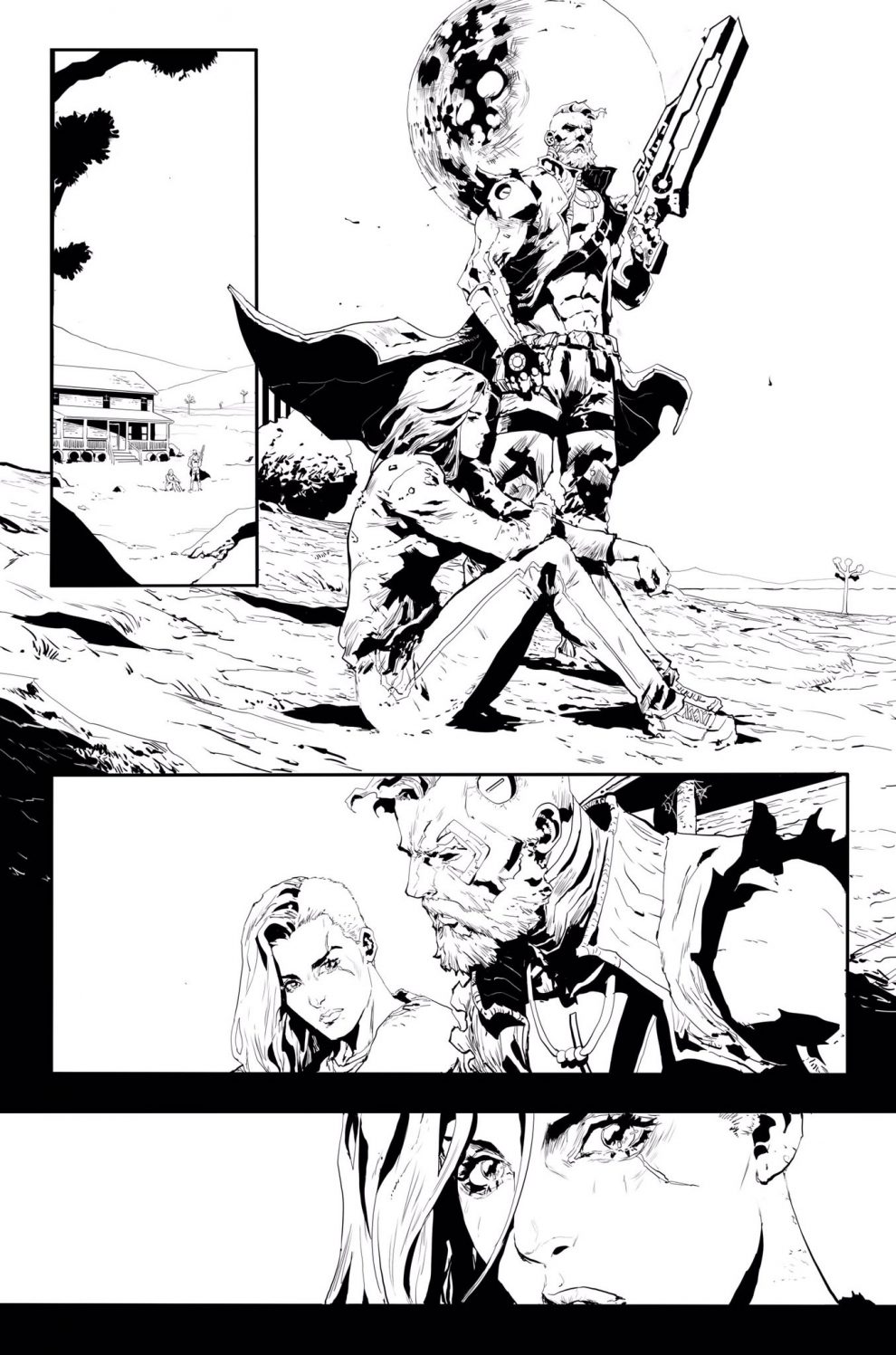 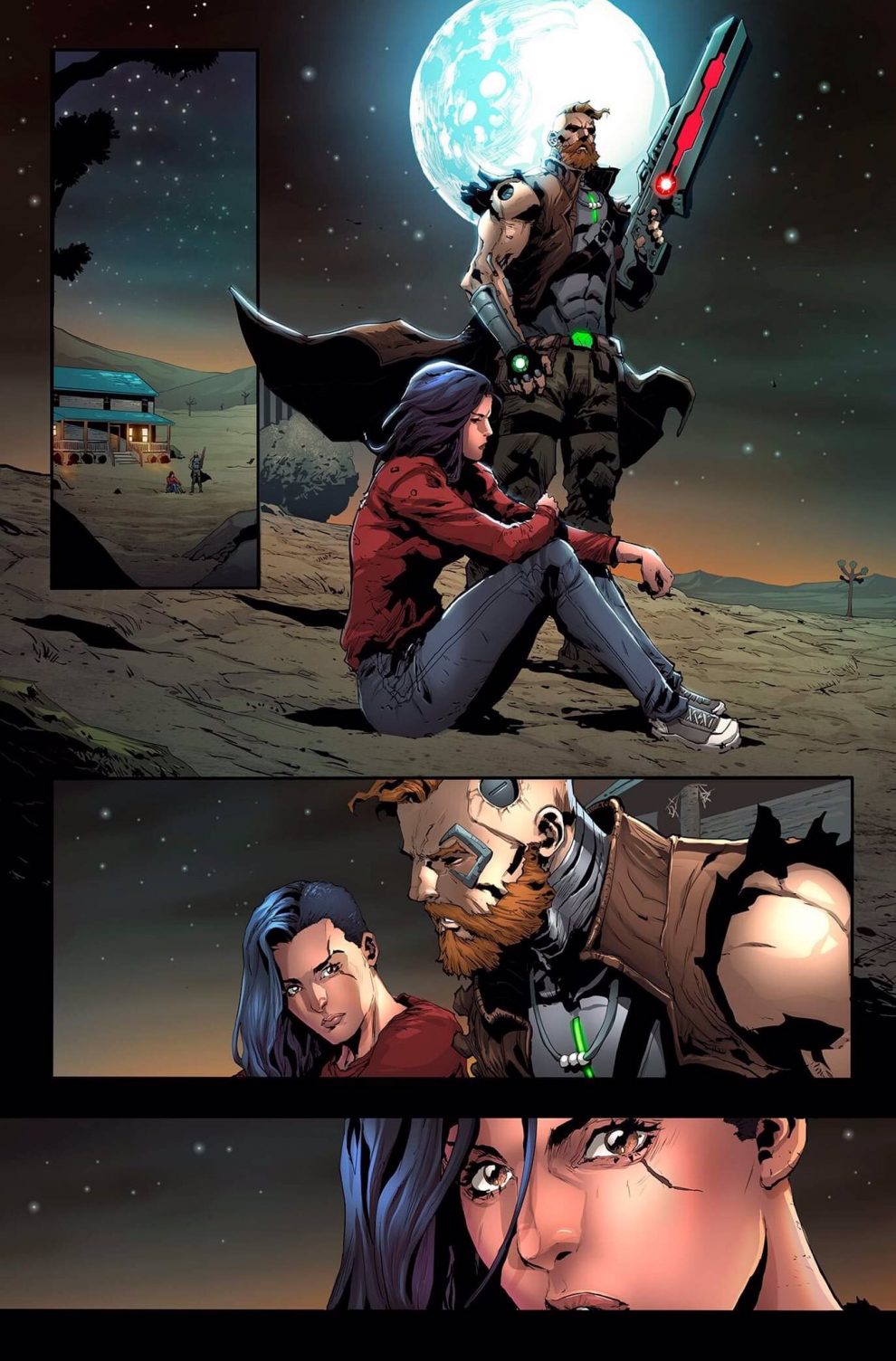 Clayton Cowles’ subtle captions – showing us clearly who’s talking, even when we can’t see them – are beautifully rendered, and his SHAKOOOM’s shake, shake, shake the room.

Bryan Hill’s characters and dialogue all read perfectly, and thanks to Soy, Gandini and Cowles, they look beautiful too. Batman And The Outsiders #3 is another great comic which has helped put this book at the top of my pull-list.
Terrific stuff, and highly recommended reading.

Images Courtesy Of DC Entertainment And The Artists