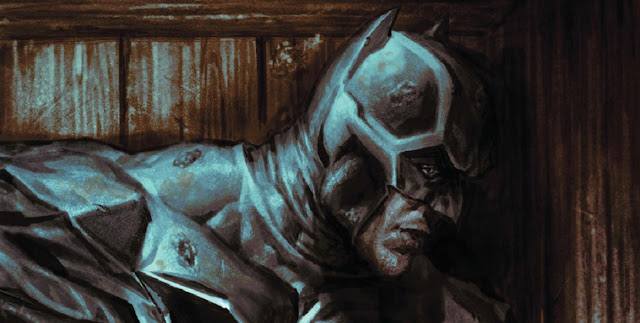 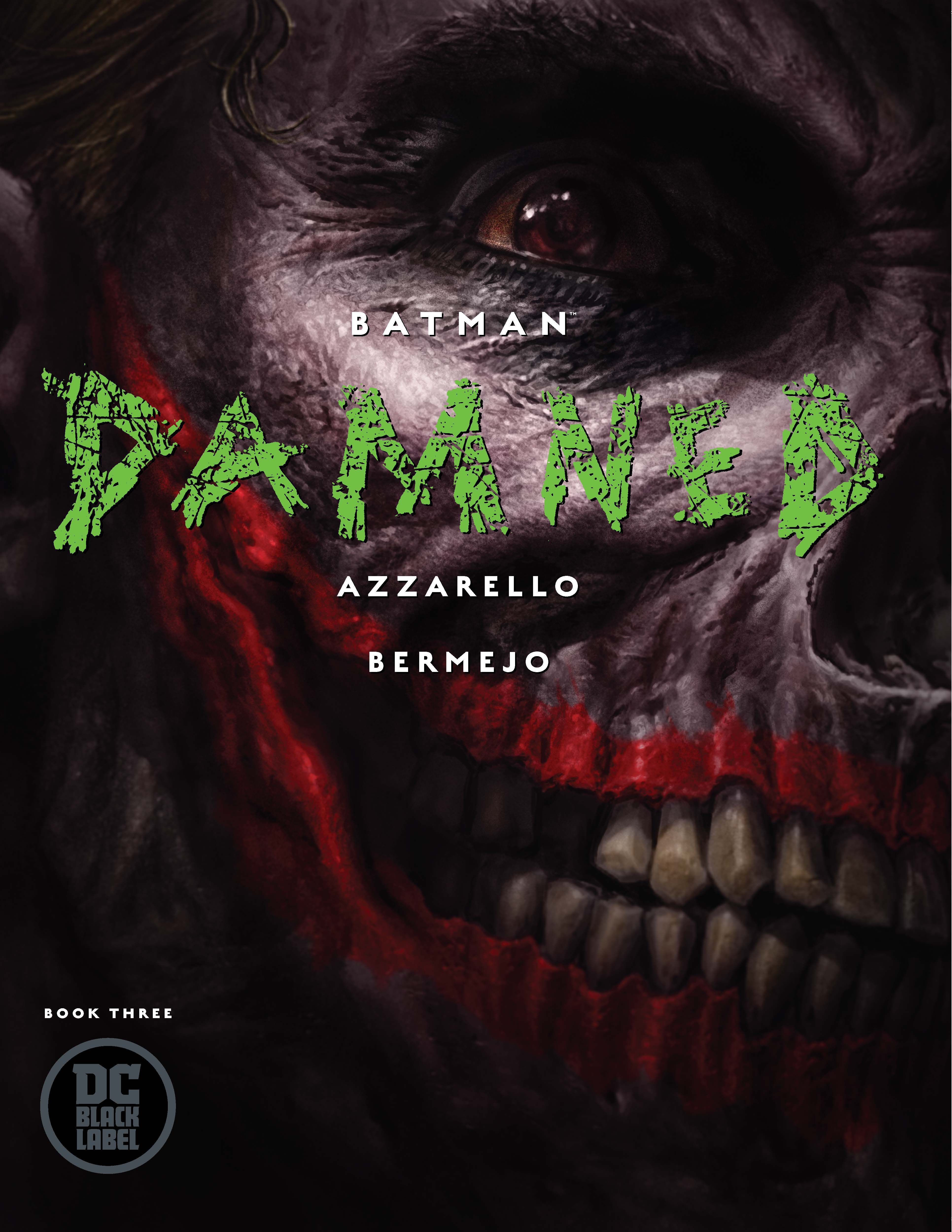 What started as a dip into the psychology of Batman, mixed with supernatural horror, Batman: Damned #3 has ended in a non-committal and uncertain way. This series has been credited, by me, as a vision of what comics today could be, compared to how comics are usually made. It’s incredibly ambitious to tell a unique and thoughtful story like this one, but I’d hoped for a better dismount to an otherwise remarkable narrative.
With the disturbing imagery of issue #2's ending still fresh in our minds, this issue takes us on a very different journey. The magic and mystery is turned up to its highest in this issue, with a brief tangle with one of my favorite characters in all DC. Batman journeys to an uncertain place and the sarcastic jabs of Constantine follow the whole way through. It’s hard not to hear Matt Ryan’s voice as all this is going on. 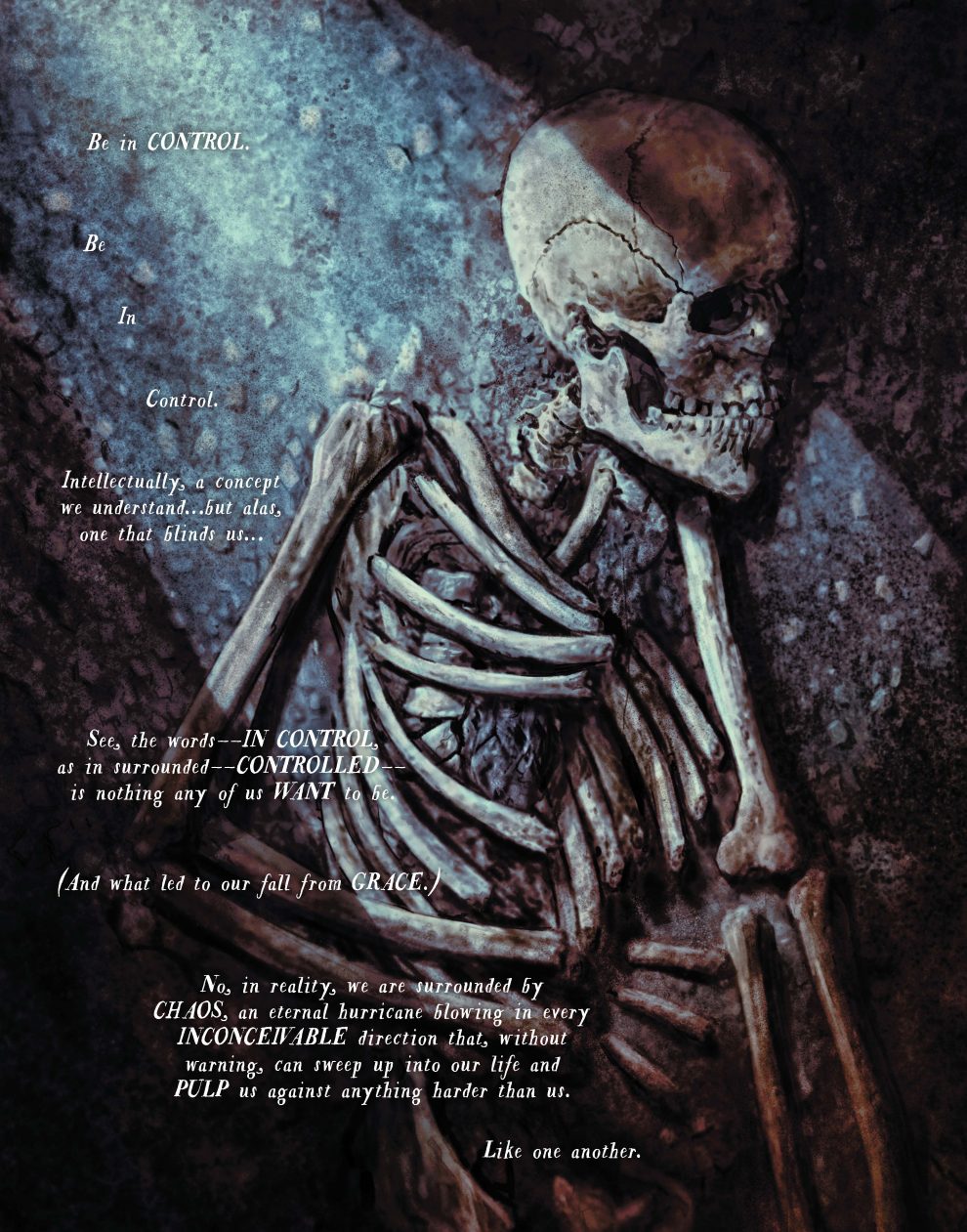 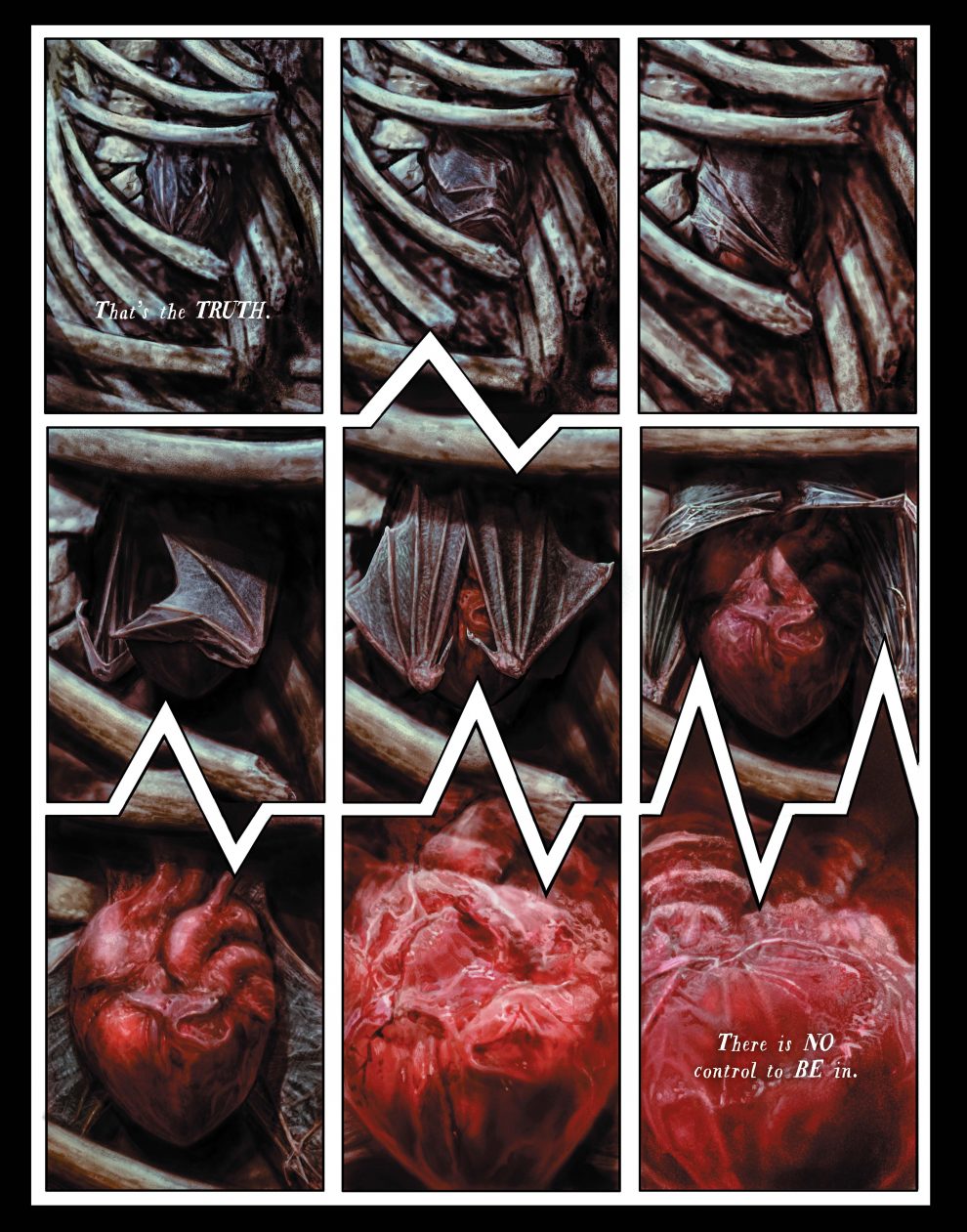 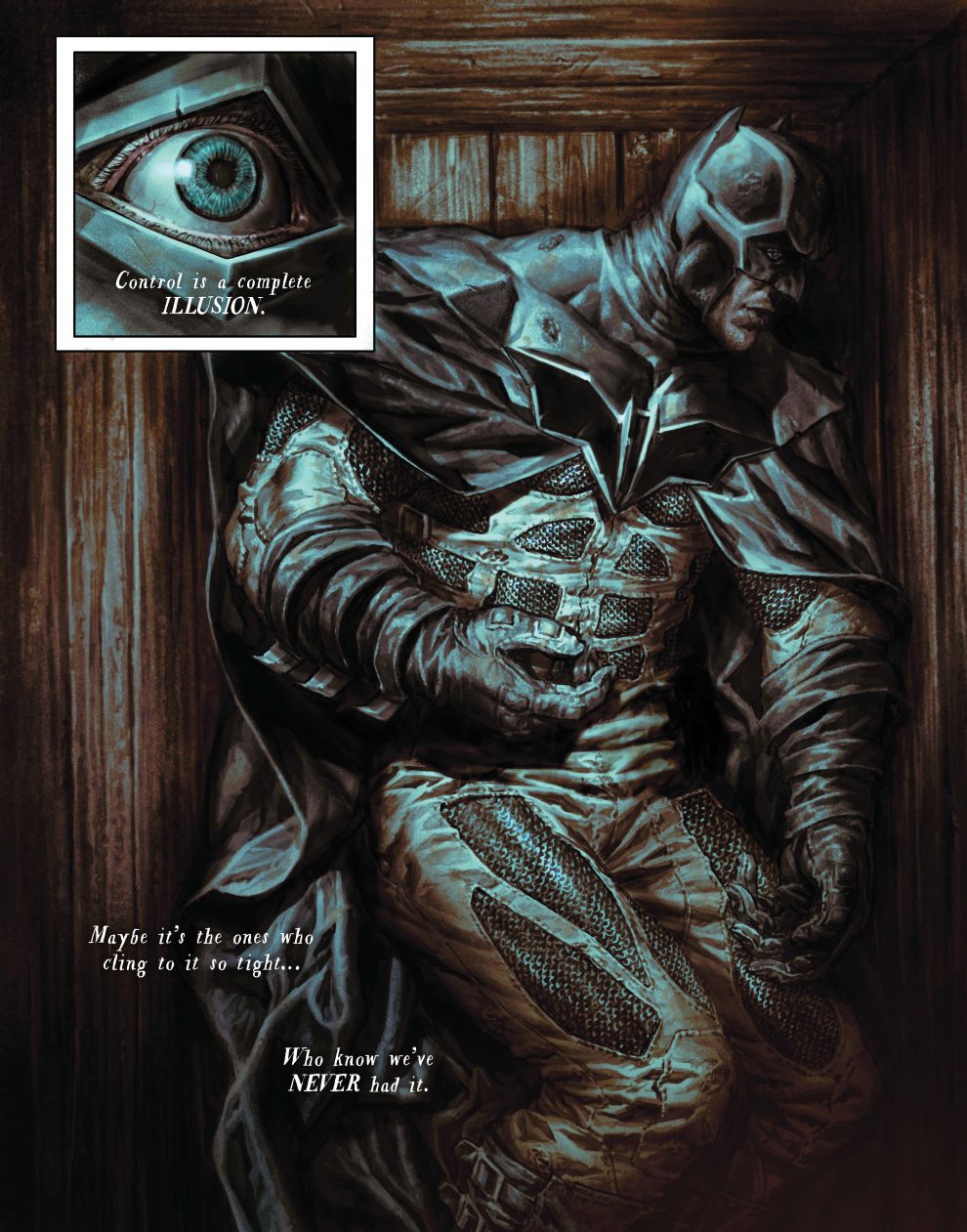 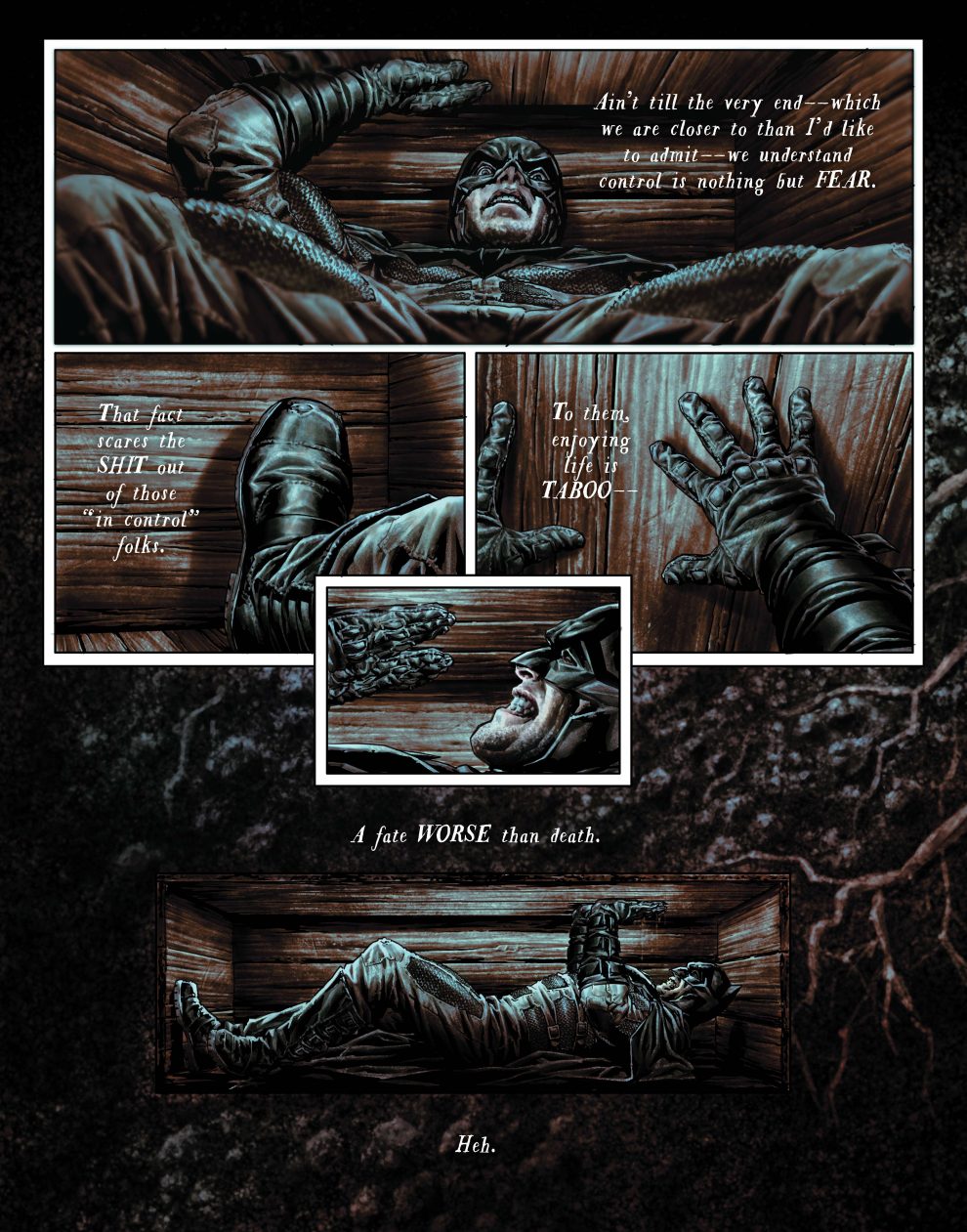 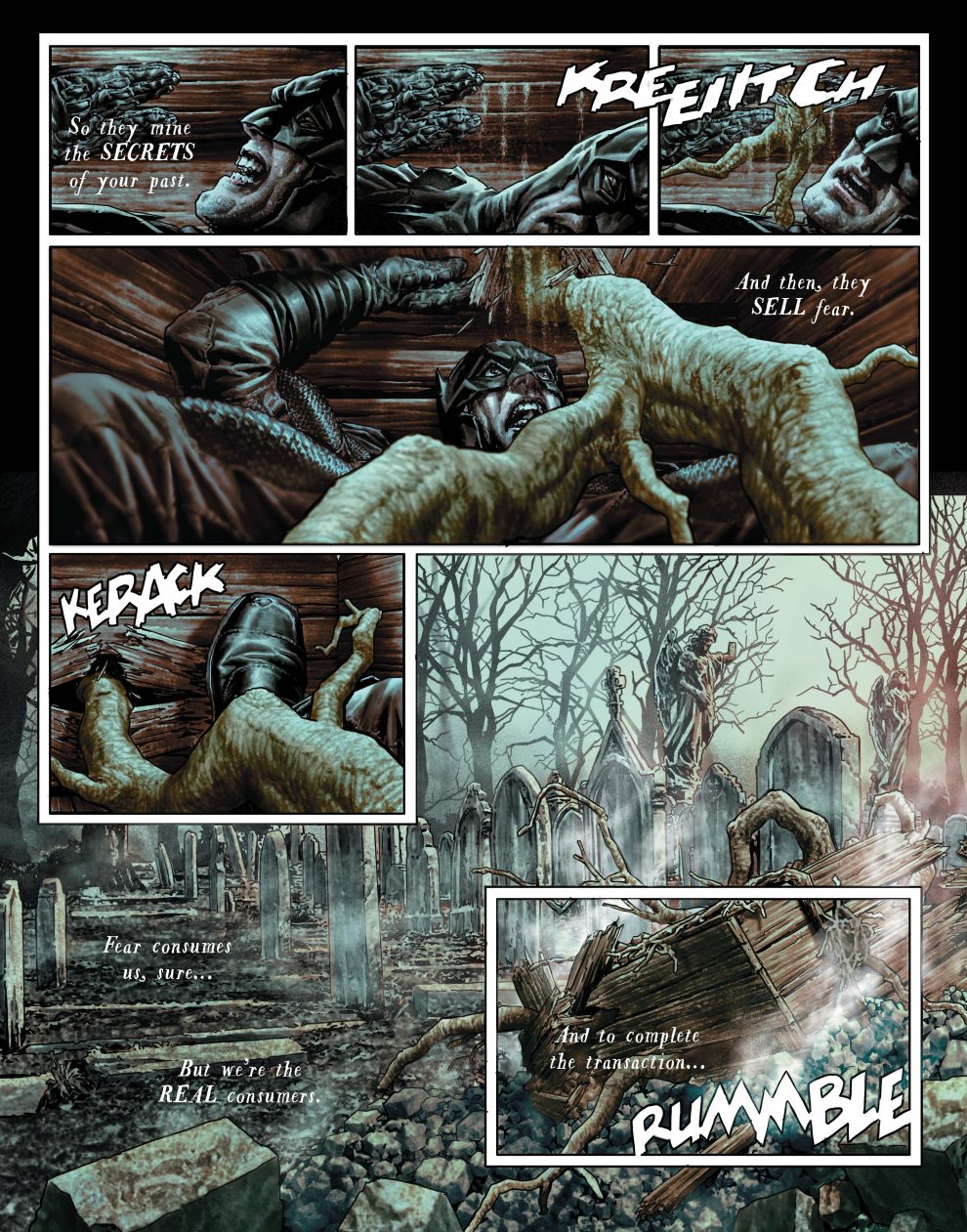 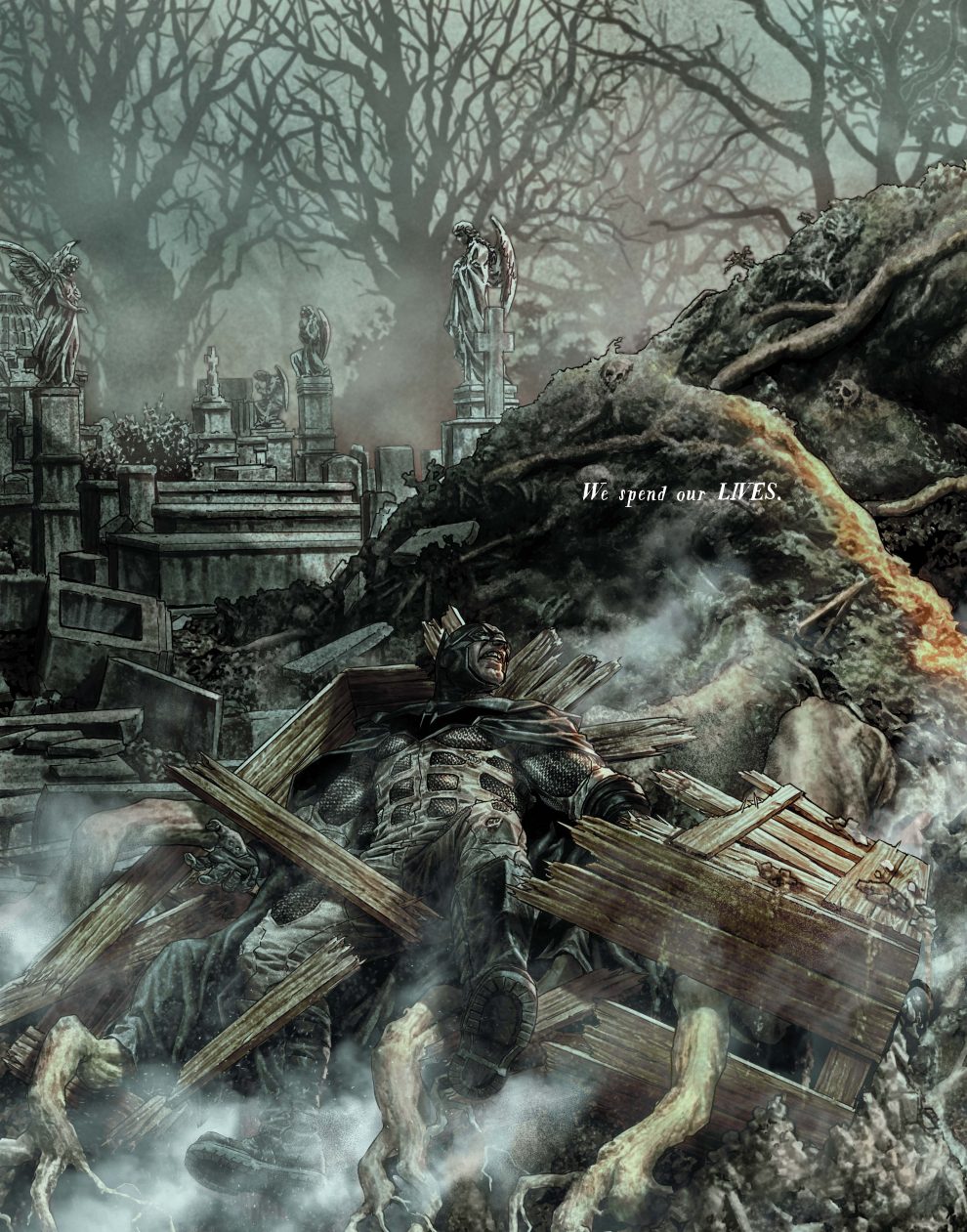 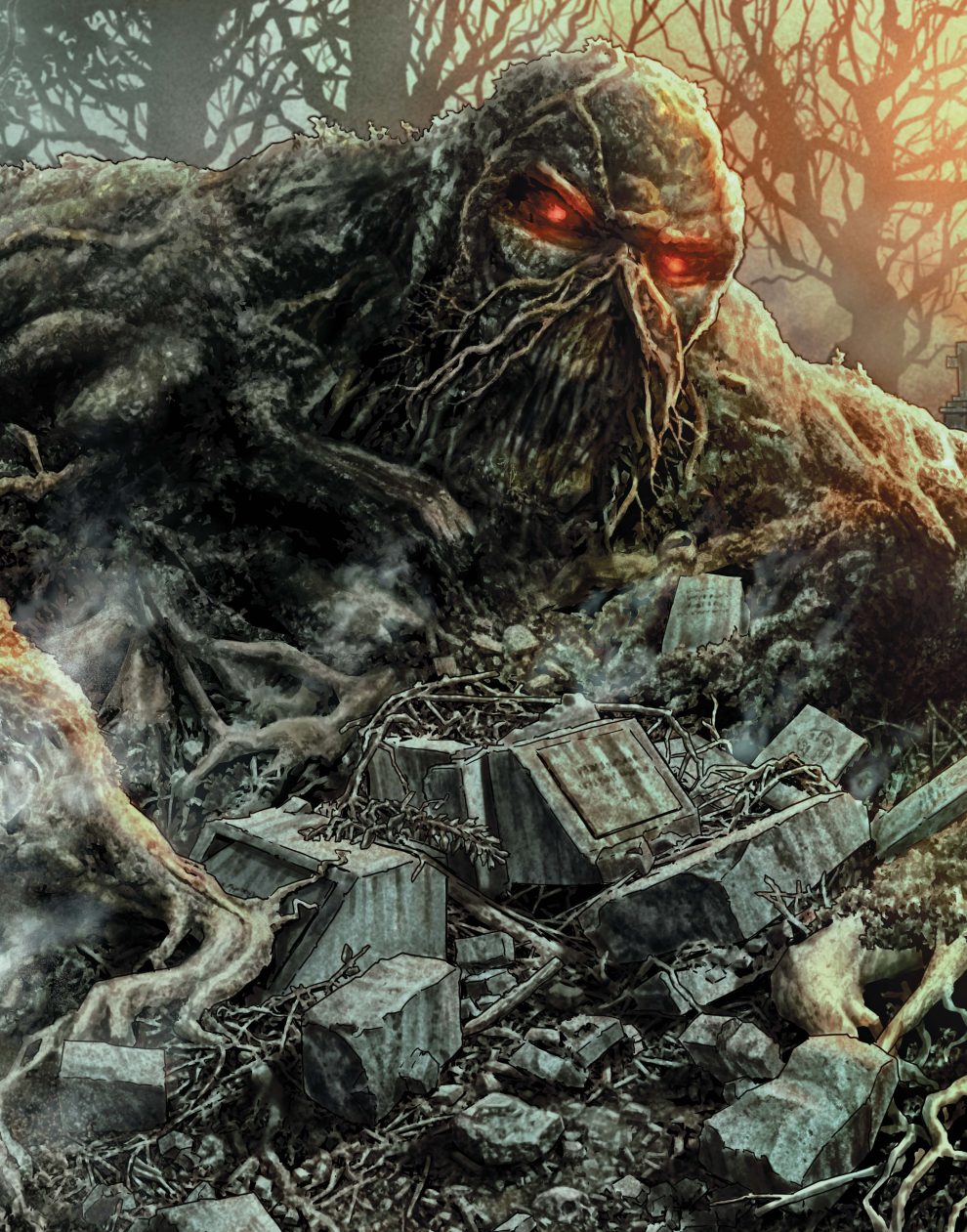 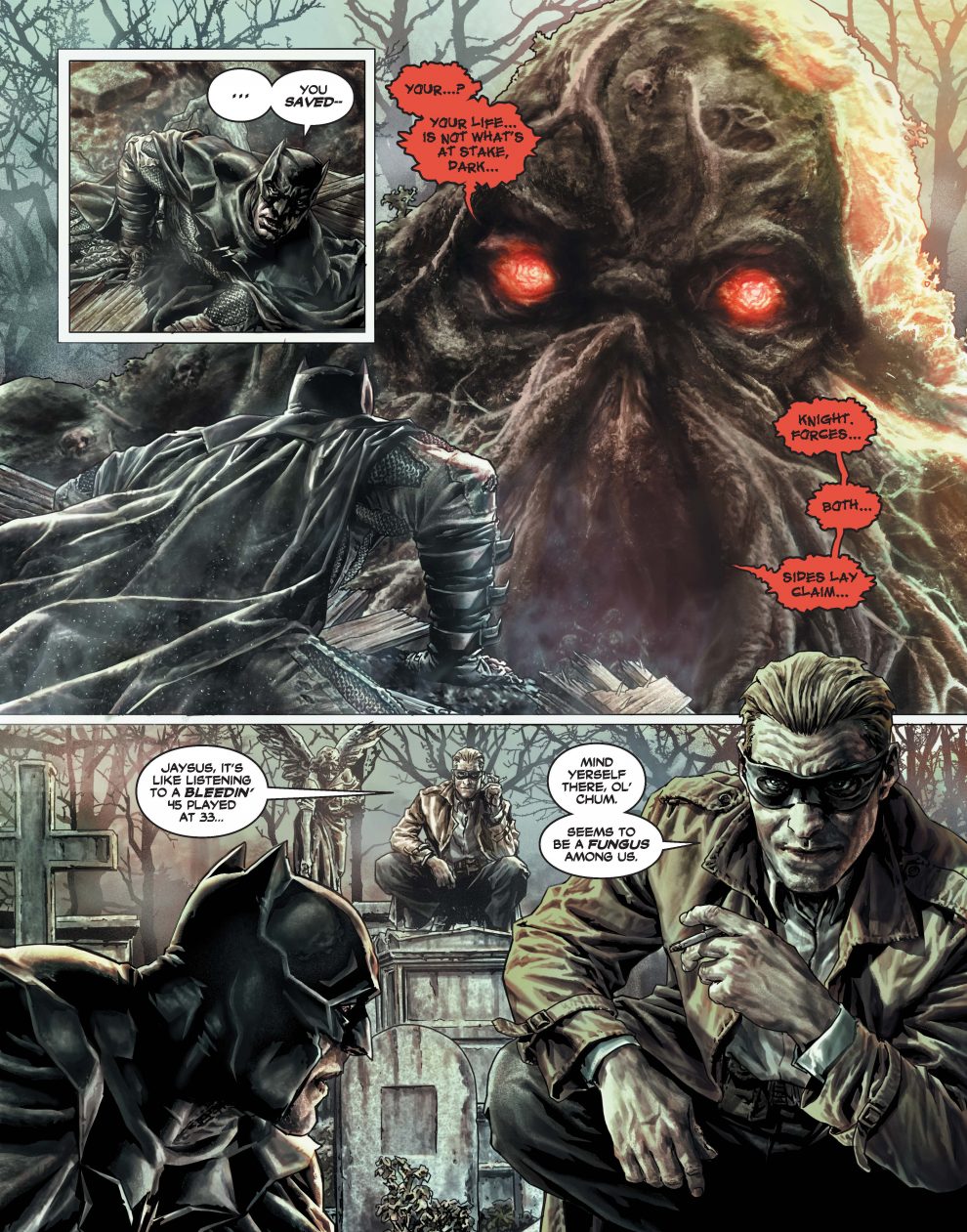 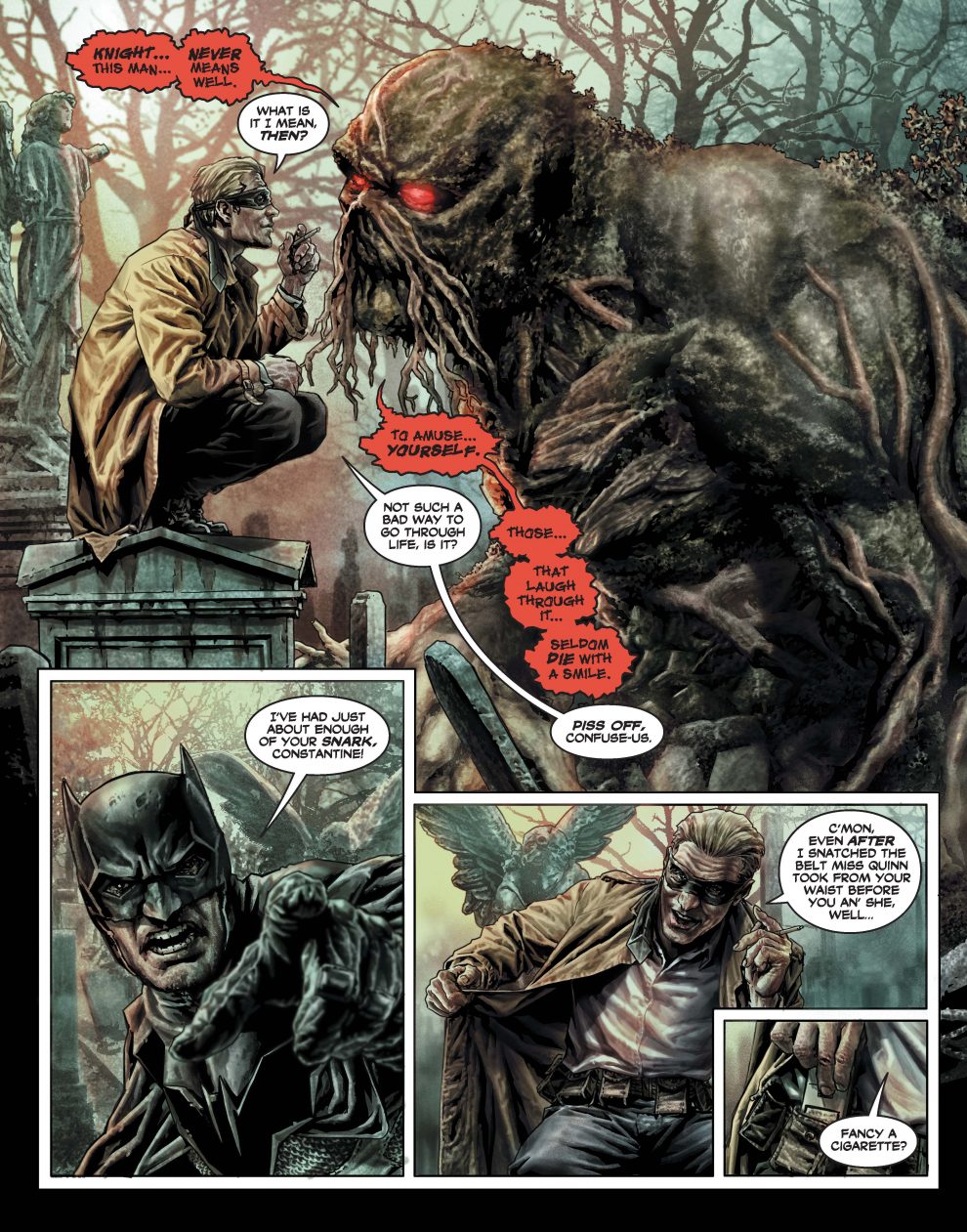 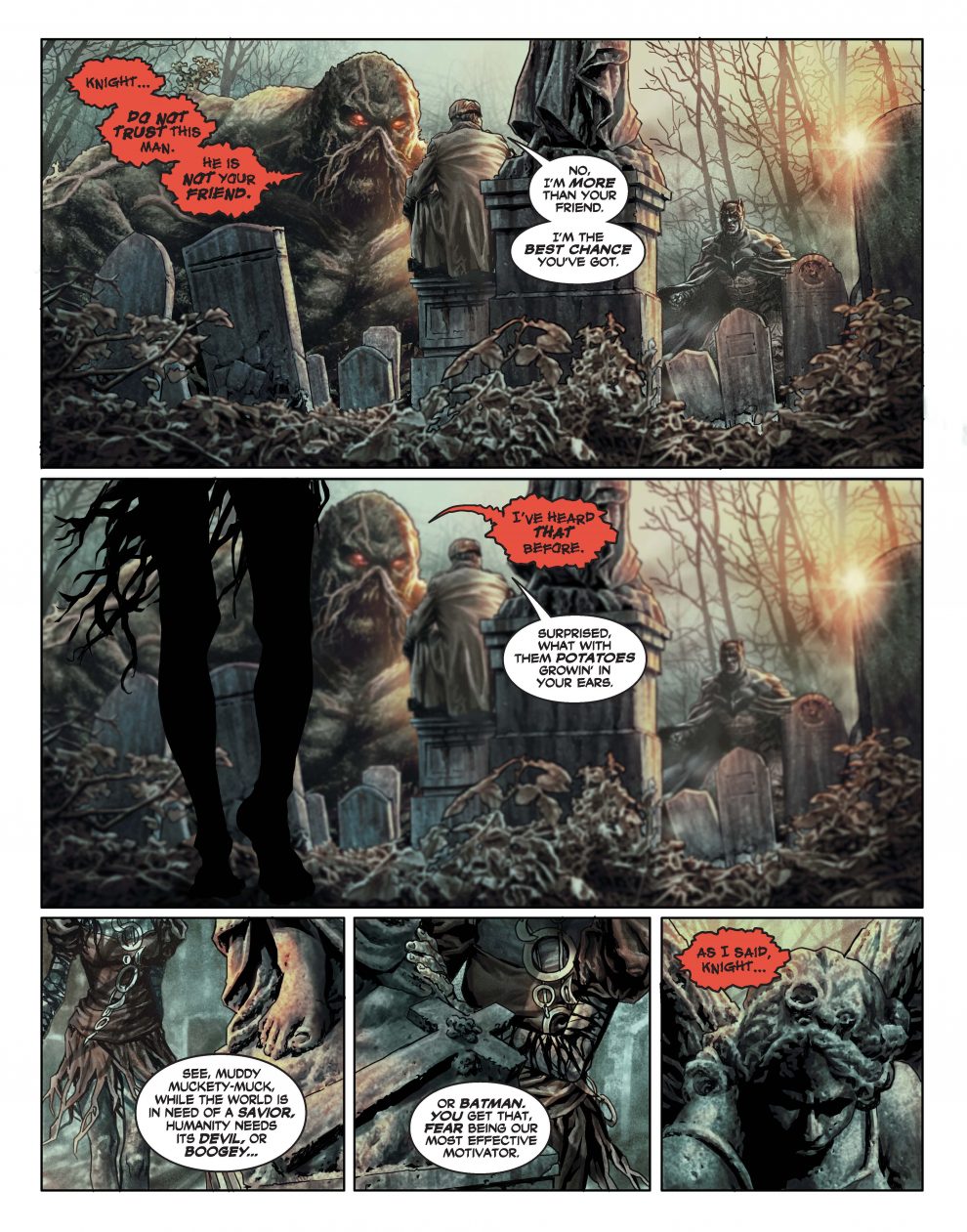 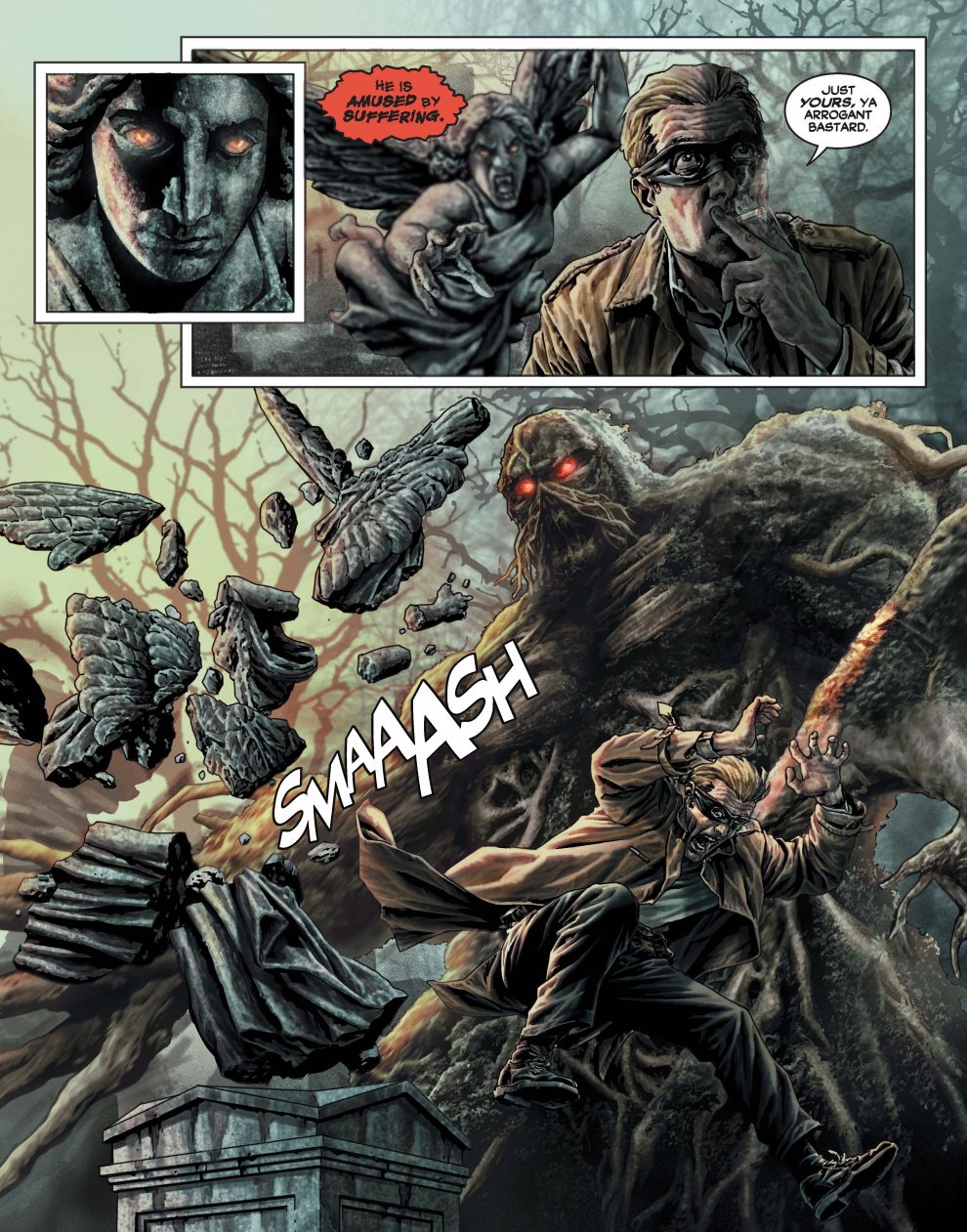 The dreamlike detail of Bermejo’s artwork is one of the saving graces of an already strong title. We get the detailed Gotham skyline in the same issue as the spectral musculature of the ghost Deadman. It’s a great to see the disturbing so beautifully captured in this story.

It’s hard to get a sense of closure as Batman: Damned #3 doesn’t have a clean cut ending. Mirroring one of the greats, we’re left with a familiar shot of one character doing what they do best, looking out to an uncertain future. We don’t know what the fate of our Batman was. I personally believe that’s the point. In owning up to his past and his code of conduct, we saw Batman Damned, which is apt considering the series’ title. A unique, dark and important story that will stand the test of time, and become a key piece in the Batman’s literary canon.