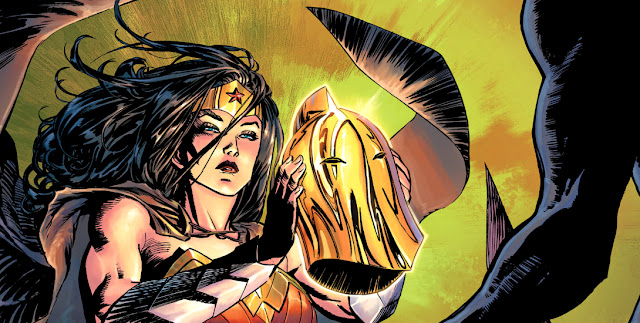 “The Last Lord Of Order” 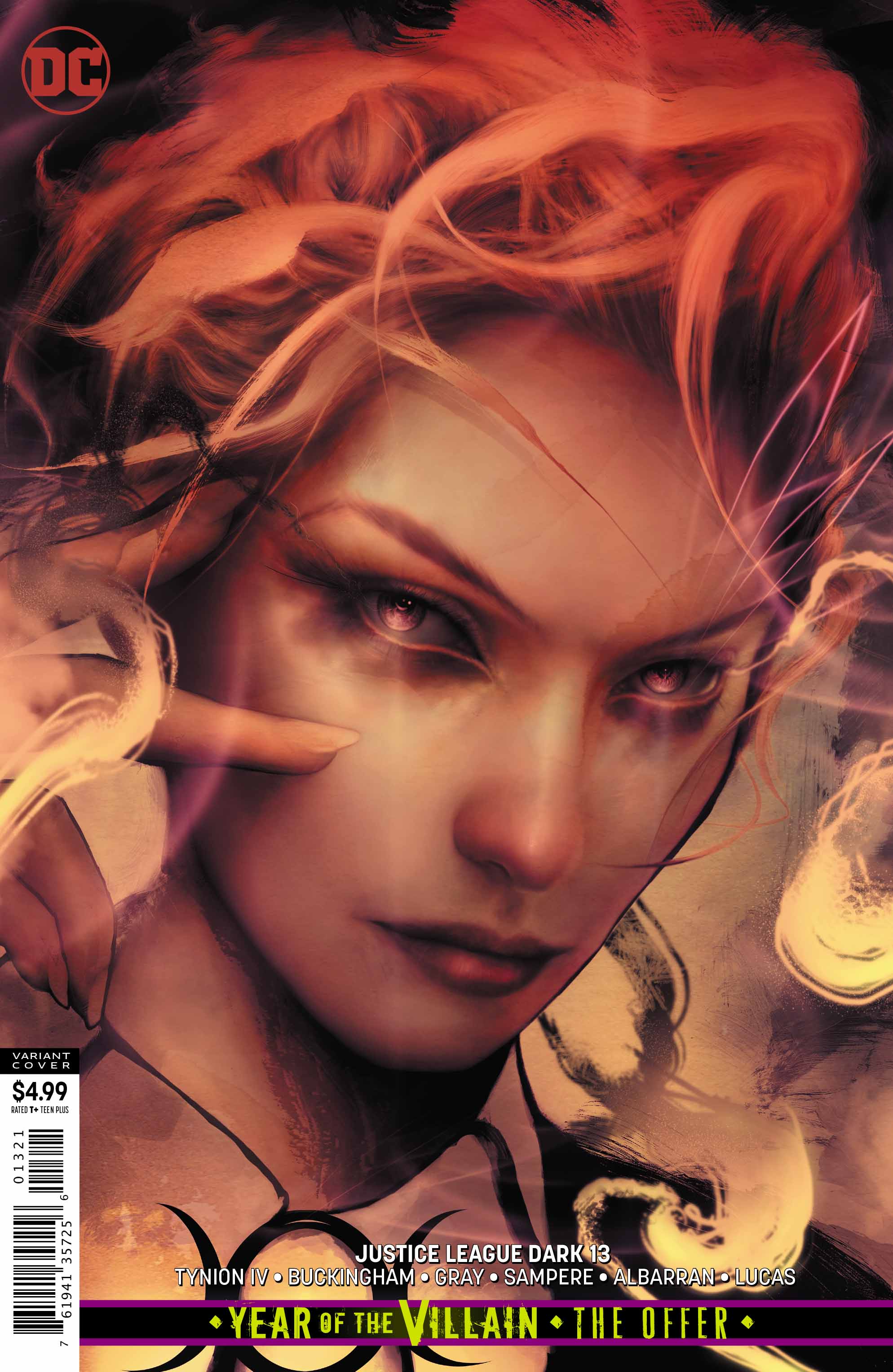 Fill-in issues, or those that tie into big, company-wide crossovers, are a necessary evil in the comic-book industry. At worst they’re throw away entertainment that neither further the plot nor really provide anything new to readers of either the event, nor the ongoing book. In the hands of a great writer however, they can be so much more. Justice League Dark #13 is the perfect example of a fill-in/tie-in book done 100% correctly. This comic gets everything right.
Broken up into three chapters, the issue gives us the aftermath of the incredible “Lords Of Order” storyline (JLD 8-12), takes us back to “The Witching Hour” (JLD #4, Wonder Woman #56-#57, Wonder Woman/JLD #1 and JLD/Wonder Woman #1) and ties into the ongoing “Year Of The Villain.” James Tynion has managed to do all this, re-tell Doctor Fate’s origin story, address the Zatanna/John Constantine relationship, set the groundwork for this title’s future AND cross-over with the current DC event, in just 20 pages.
This is the one comic that I would give to any comics fan, as a taster for both Justice League Dark, or to new readers thinking about picking up Wonder Woman, the forthcoming John Constantine: Hellblazer book, or the ongoing "Year Of The Villain" arc. Yes, it’s that good. Oh… it also totally works as a standalone comic too! 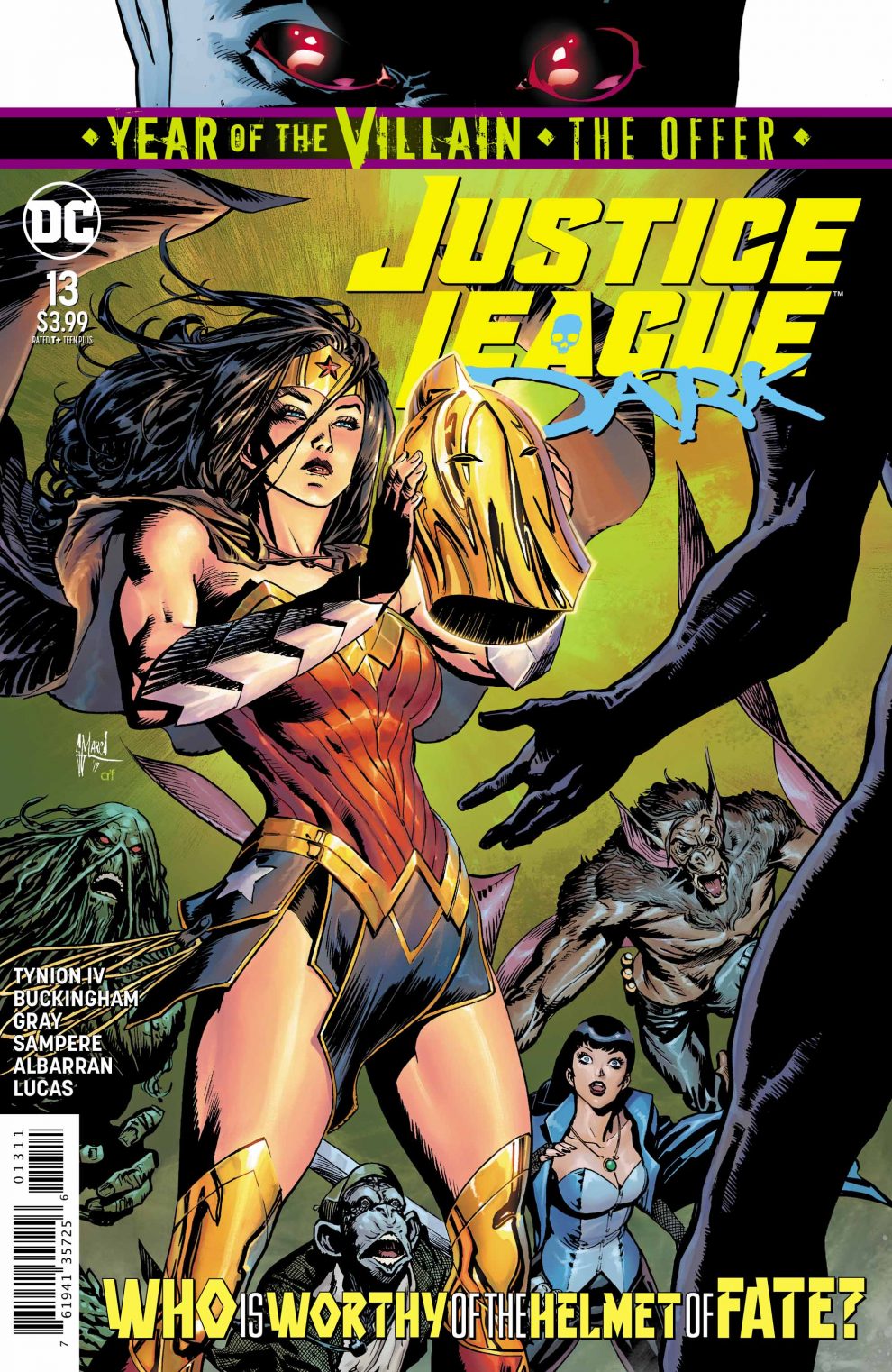 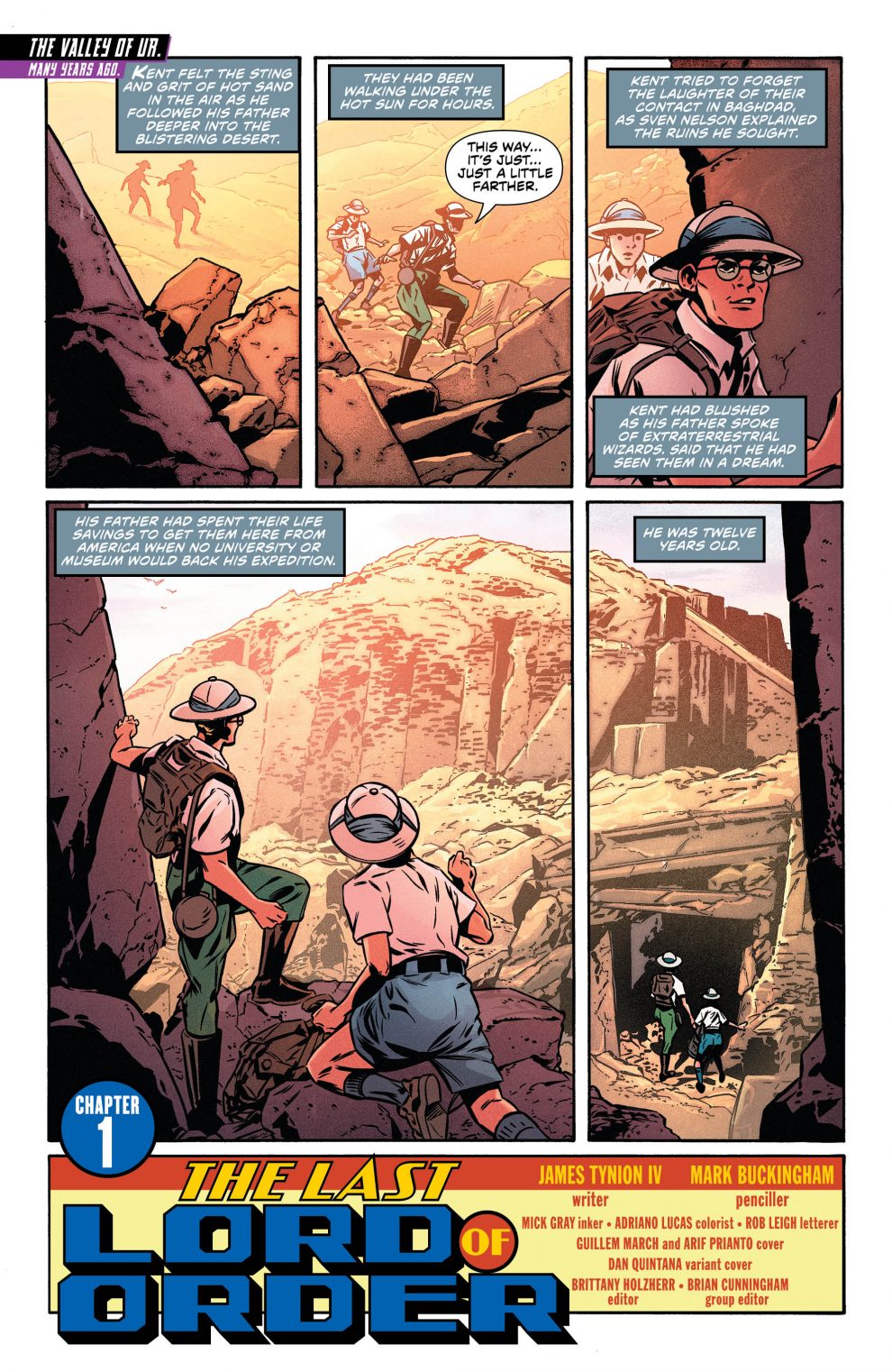 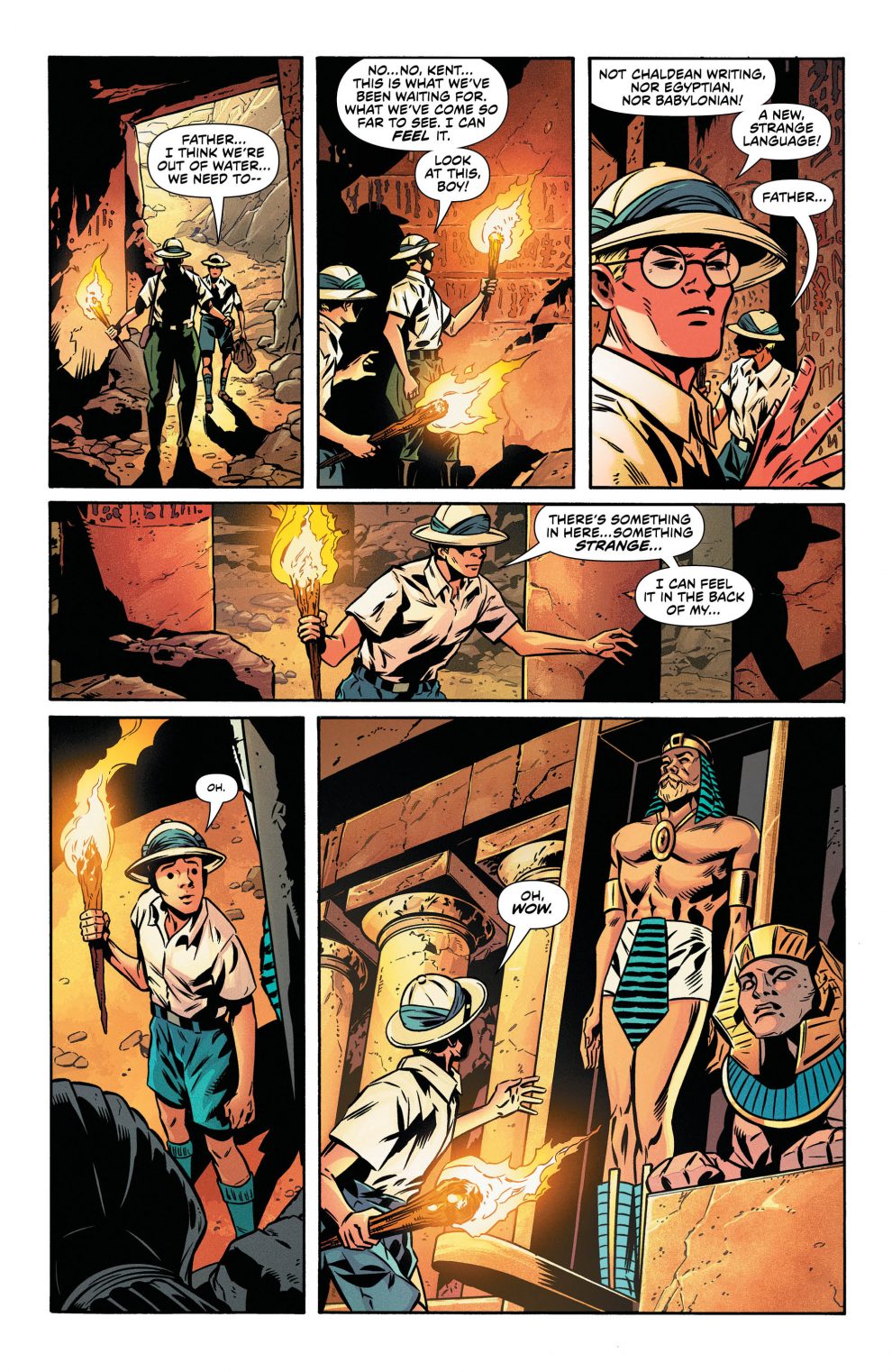 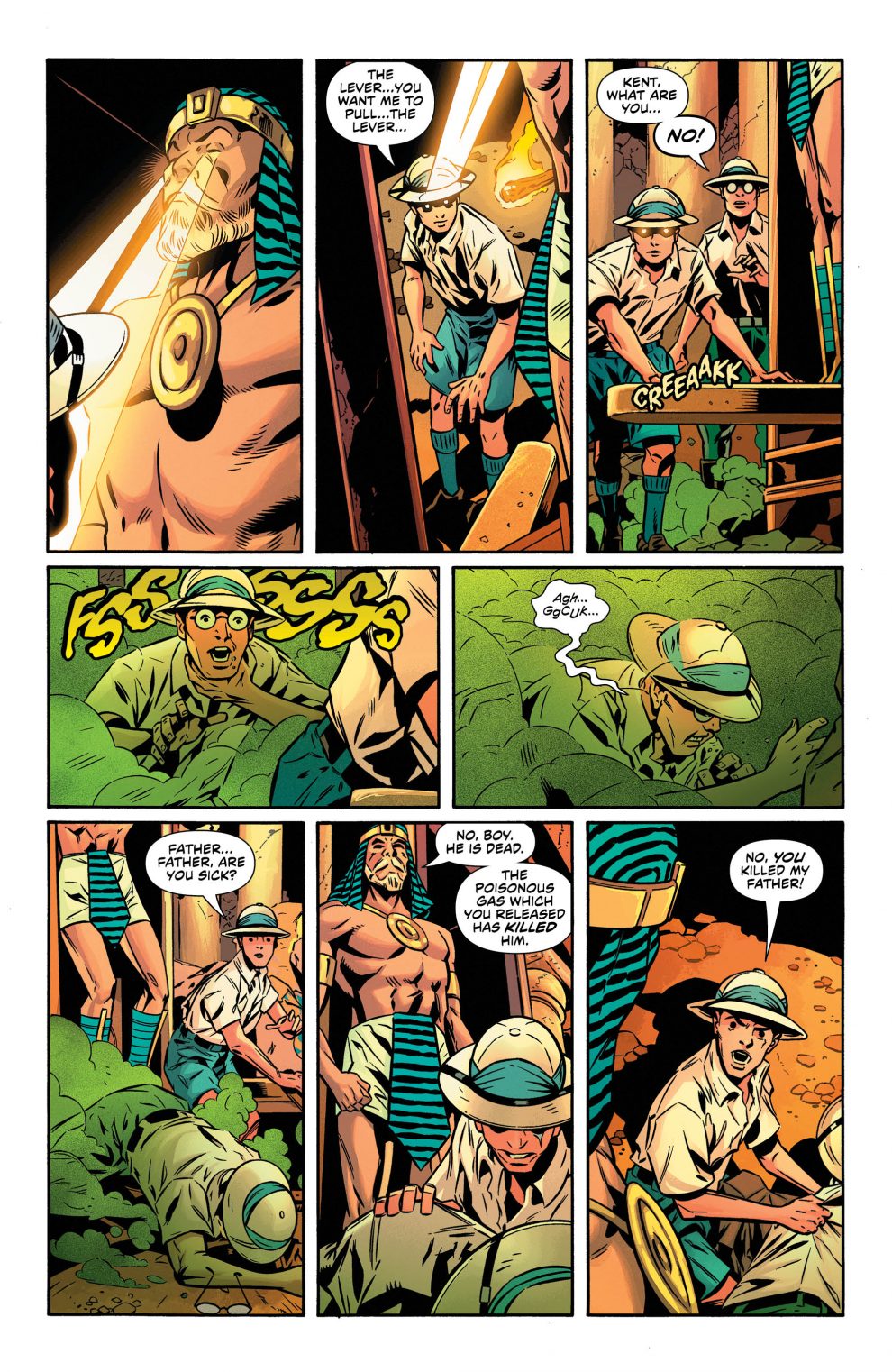 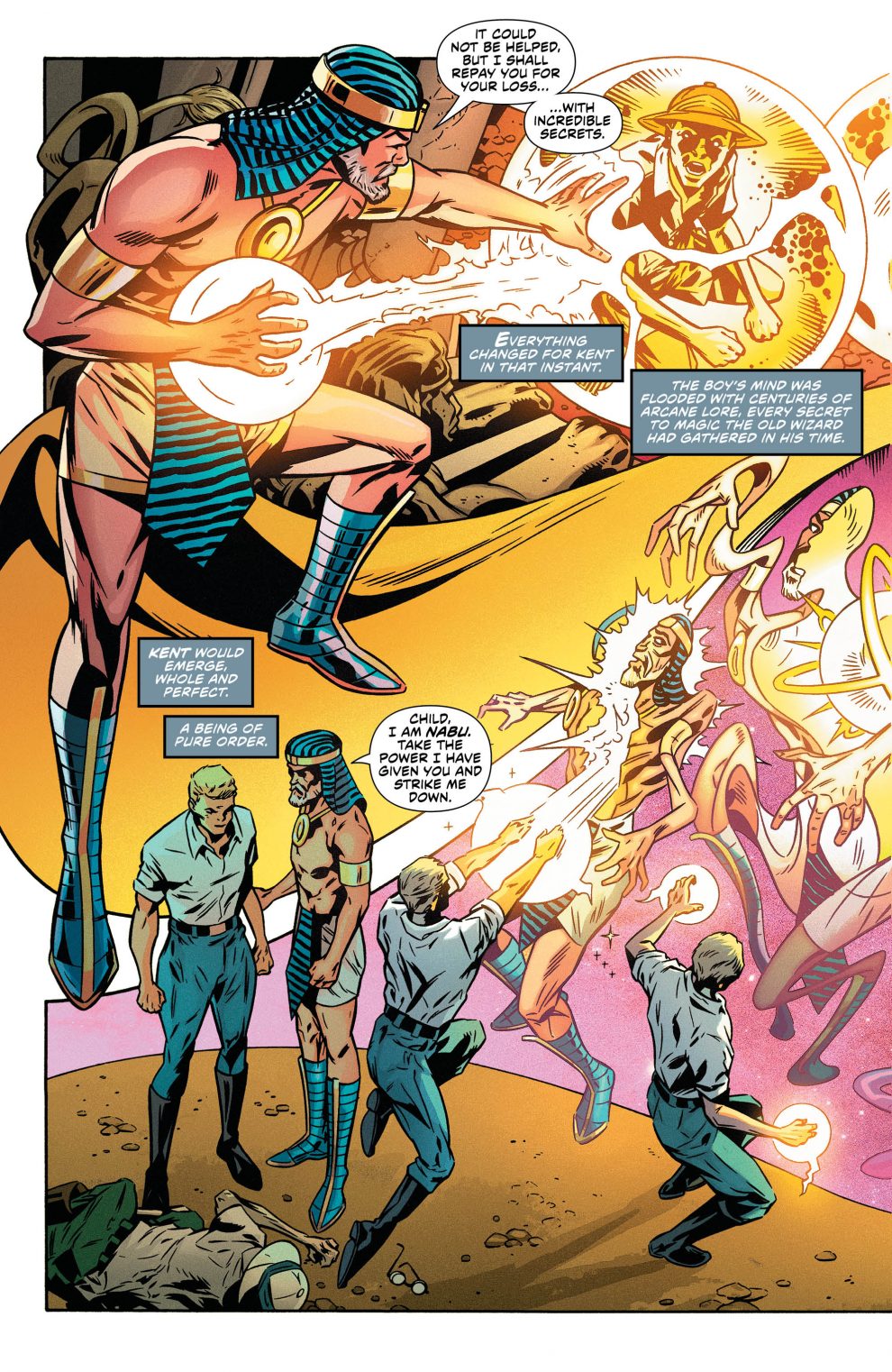 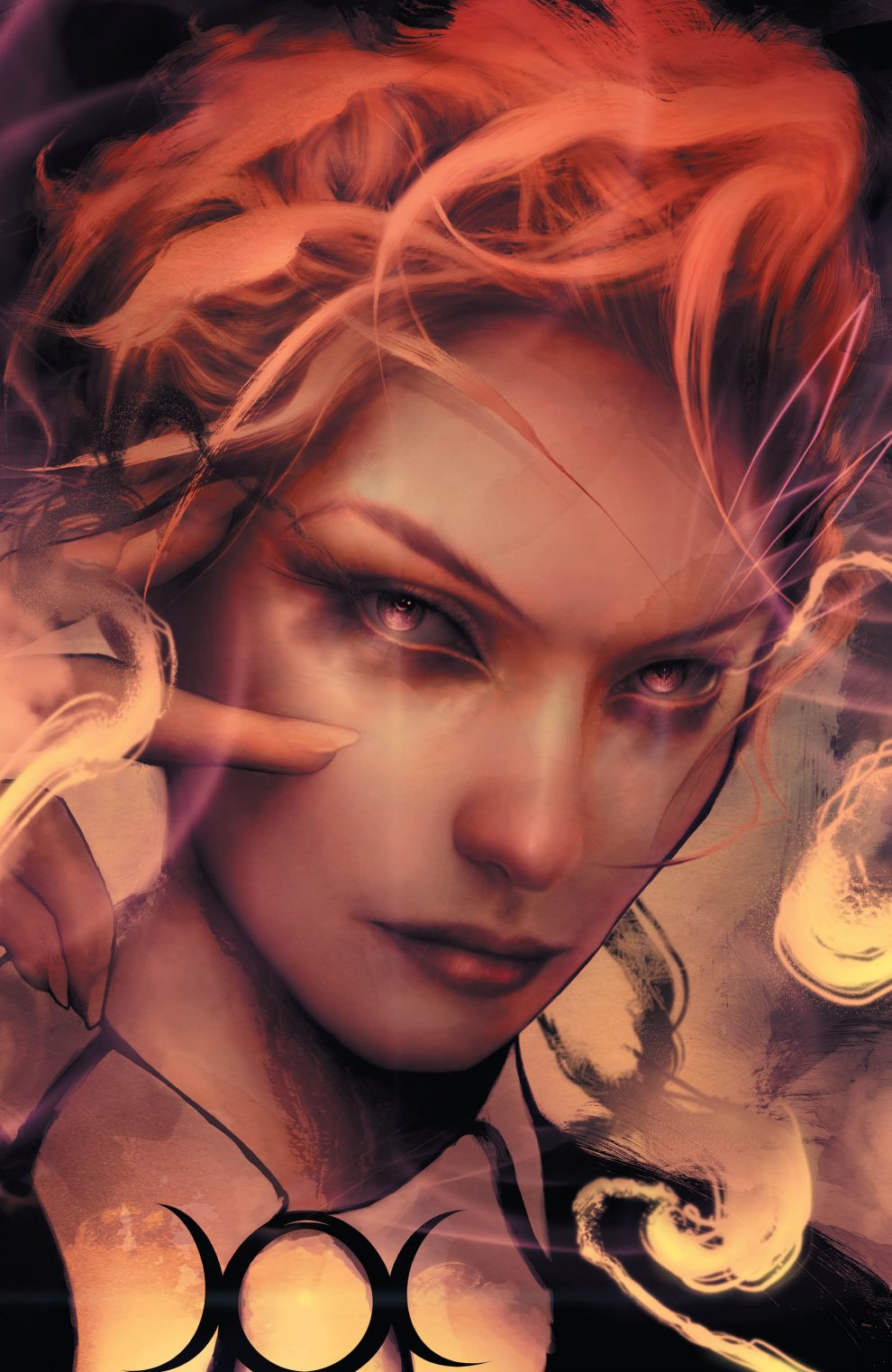 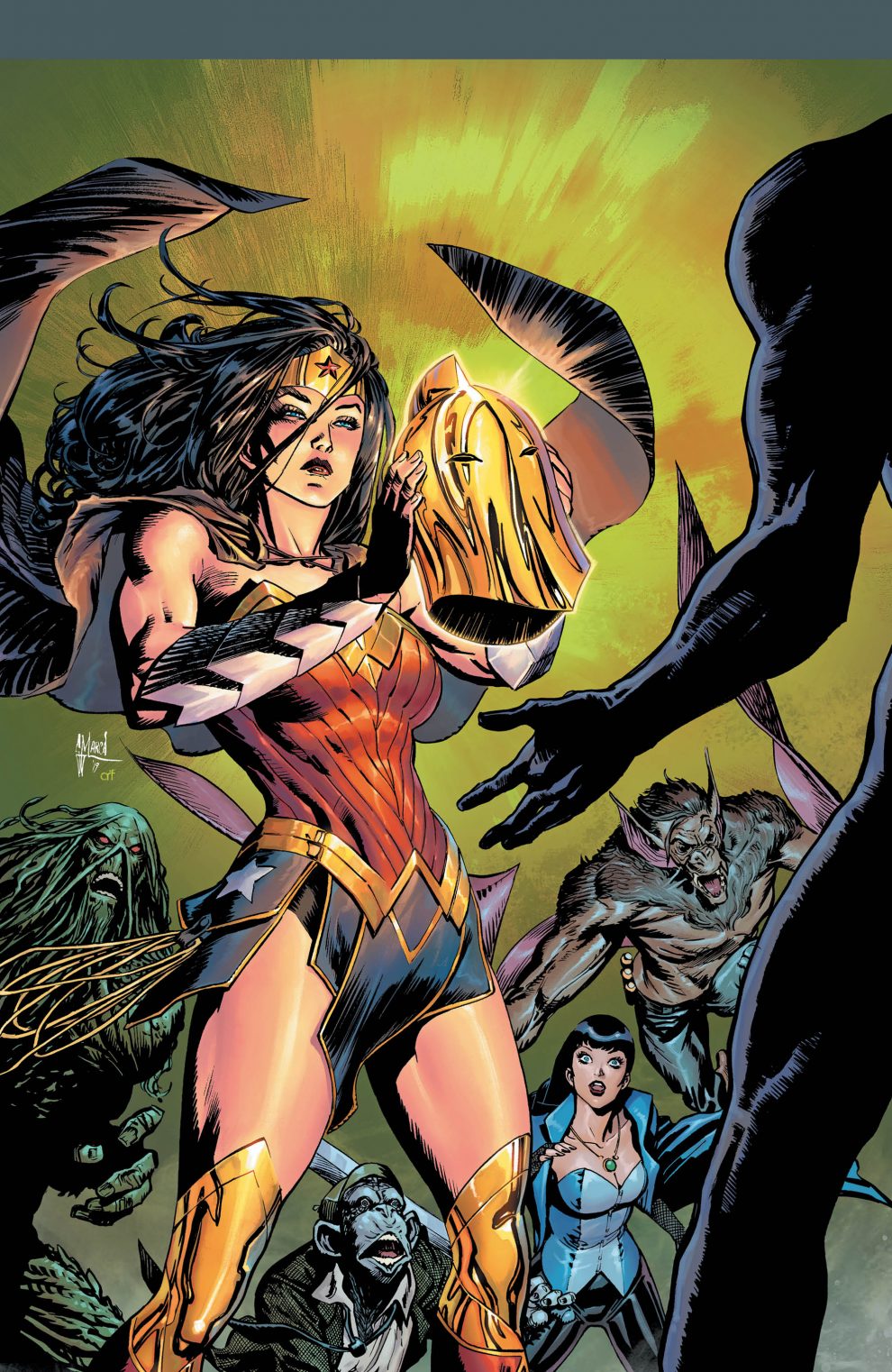 While I miss the presence of the series’ regular art team of Álvaro Martínez Bueno, Raül Fernandez and Brad Anderson, the talents that have guested this month are luminaries in their own right. Daniel Sampere, Juan Albarran and Adriano Lucas are some of the finest artists working in comics today, and have produced goregous work for numerous DC books. Sampere, Albarran and Lucas have already lent their considerable talents to great effect in JLD #5-#6, as well as to JL: Odyssey and the ongoing main JL book too! I’m happy to see them all back in these pages and think that they’re the only team capable of filling the shoes of the main JLD gang.
What we’ve never before seen in Justice League Dark however, is the work of Mark Buckingham and Mick Gray. Any regular reader of my mindless ramblings knows that I’ve been reading comics for a long, long time. These two gentlemen are veterans. Mr. Buckingham has lent his talents to Neil Gaiman’s Sandman and Death titles, Vertigo’s Hellblazer and dozens of issues of Fables, to name but a few. Mr. Gray has inked, and pencilled… well almost everything, really. Seriously, just check out his DC page! Both gentlemen open Justice League Dark #13 in style. Fantastic work.
I cannot forget the wonderful Rob Leigh, loquacious legend of letters. His talents break up the book in a style reminiscent of the vintage DC and EC horror anthologies of yesteryear. This issue, and the incredible Justice League Dark #7, are the finest tributes to those wonderful series that I could ever ask for.

I loved this issue, but you may have guessed that already. It delivers everything I could ever want in a comic, including yet another tribute/homage to Alan Moore’s Swamp Thing run (still the greatest ever DC horror comic, IMHO, and grandaddy to everything that followed it). It succeeds as a standalone comic, as part of the ongoing series AND as a crossover. Very few comics manage this, and even fewer do it as successfully as this one.