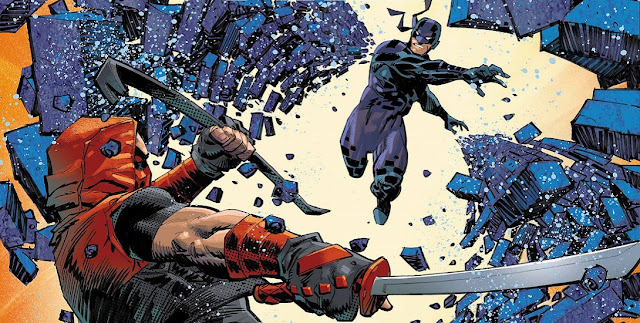 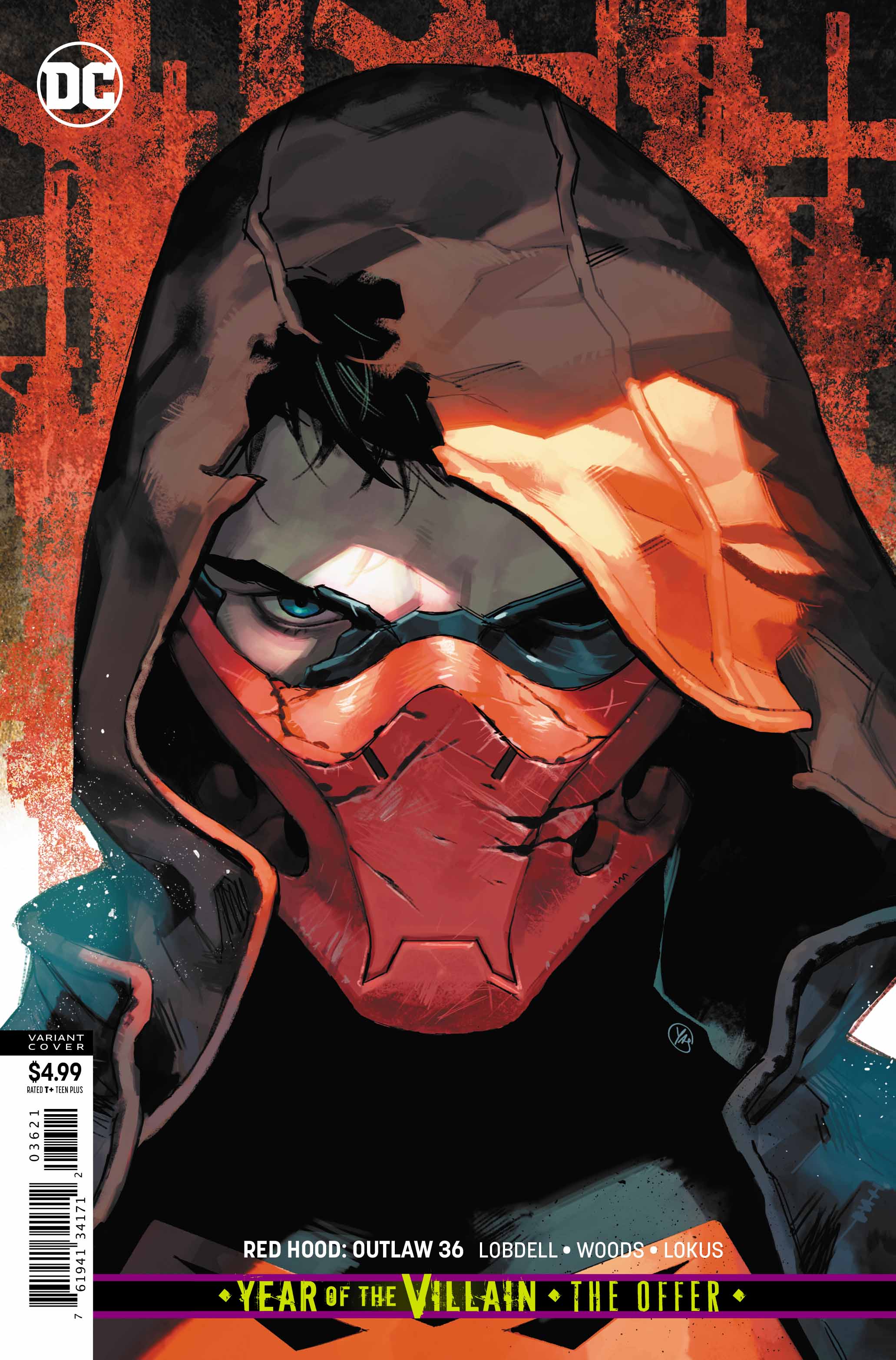 We left Jason in a tight spot the last time we checked in. Currently in Red Hood Outlaw #36 Mr. Todd is staring down the barrel of an umbrella. Will Penguin get the drop on him? Can Jason escape from the fine mess he’s gotten himself into? How dare you question Red Hood! He knows what he’s doing… kind of.

From Rags to Riches

Red Hood didn’t make as much of an impact as usual in this issue. We see an incredible amount of Jason, which is always a pleasure, even when he’s taking after his mentor and being a broody boy. Seeing a more calculating side to Todd really shows you what lengths he is capable of going to. It was obvious he had planned some things out, but being able to finally see the extent his plotting… Oh boy! Impressed is an understatement. 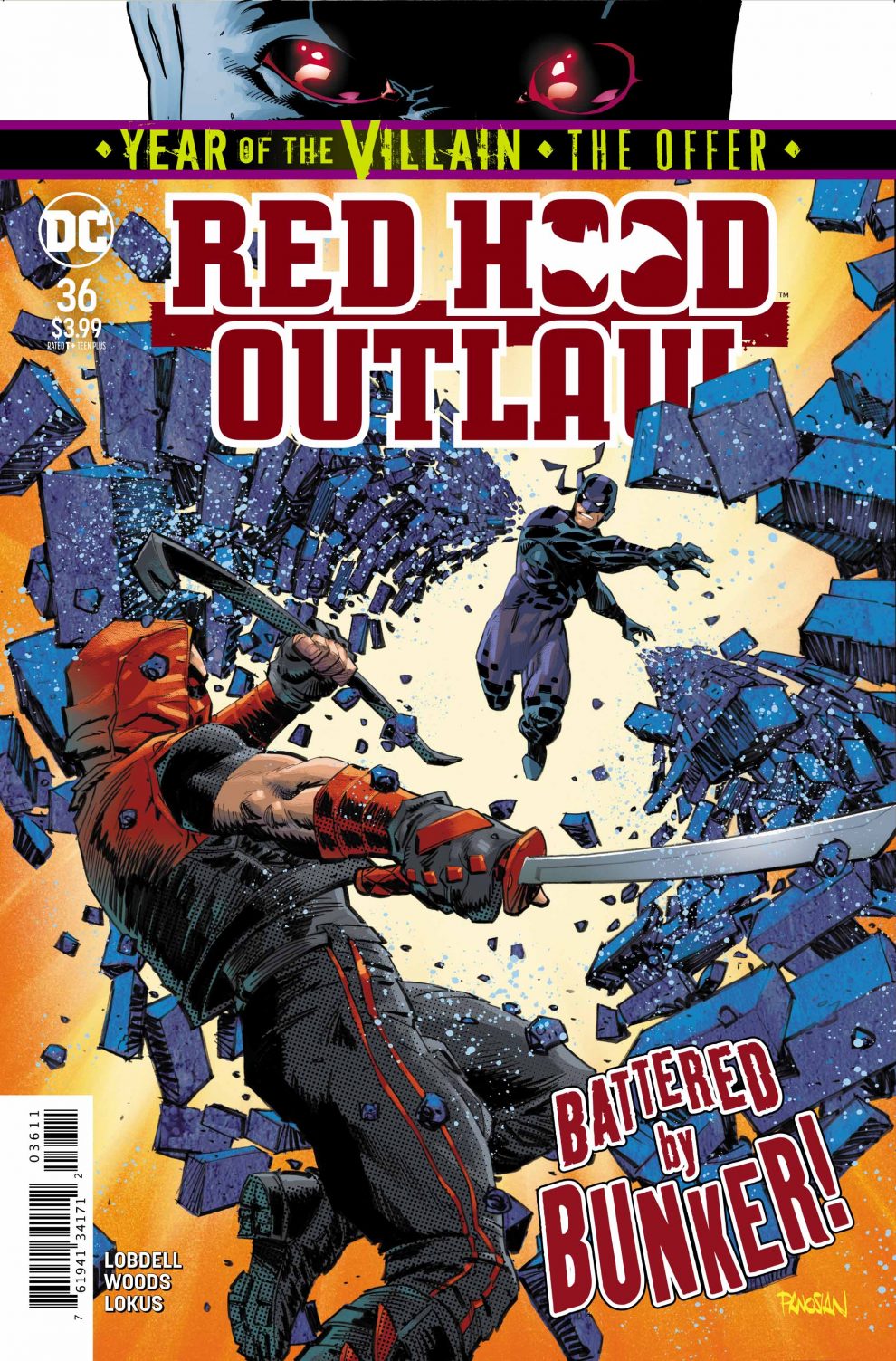 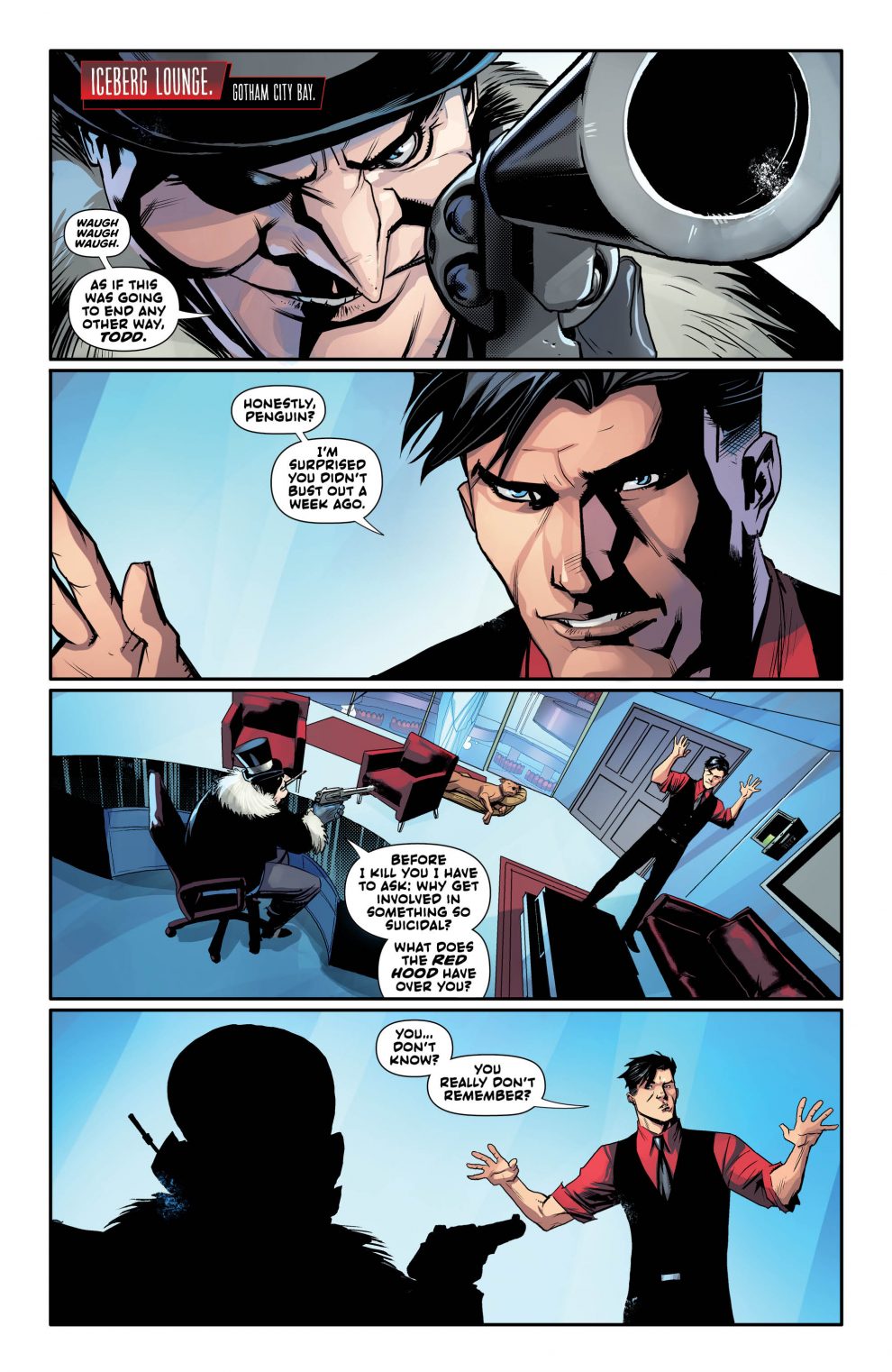 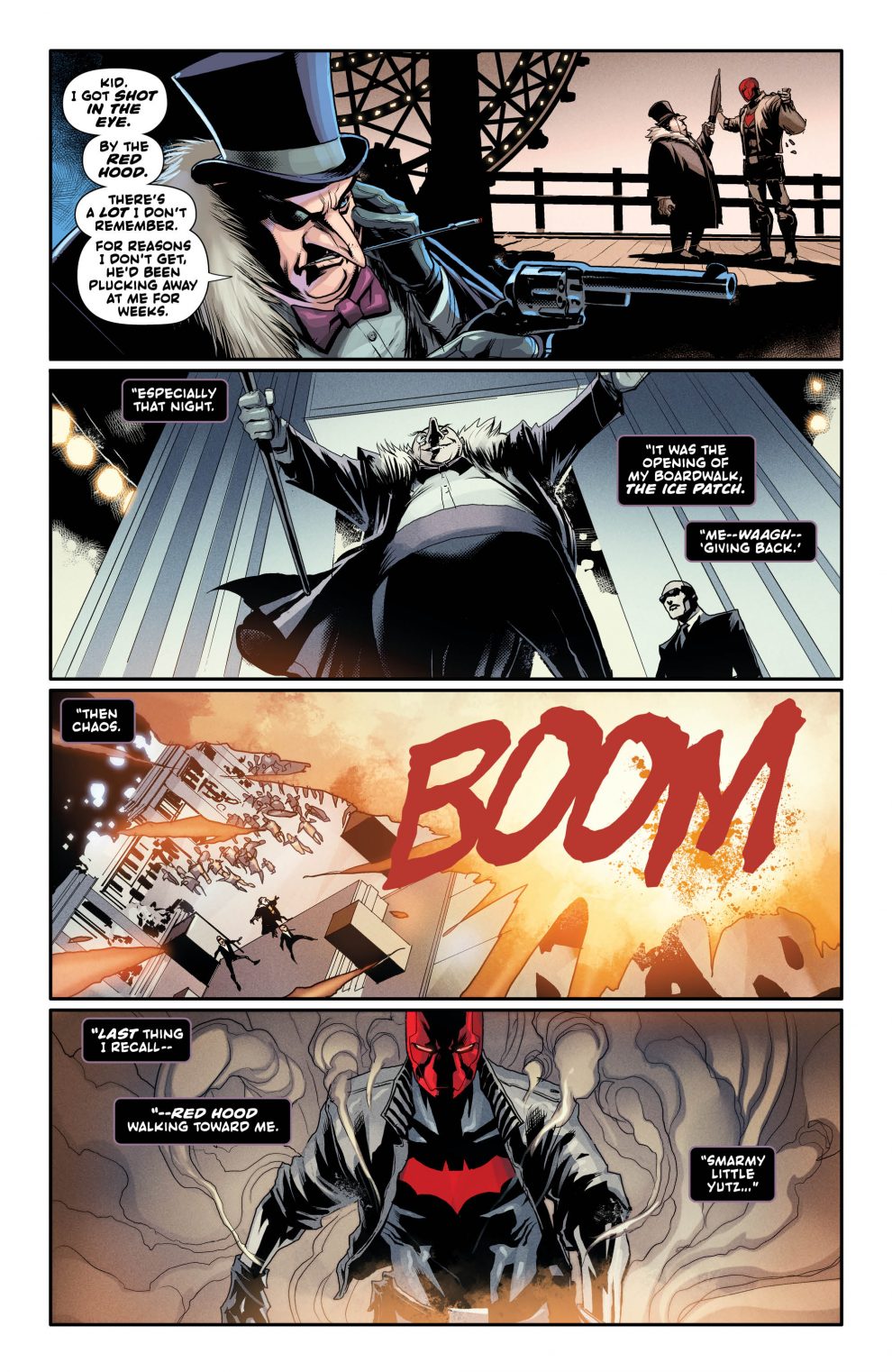 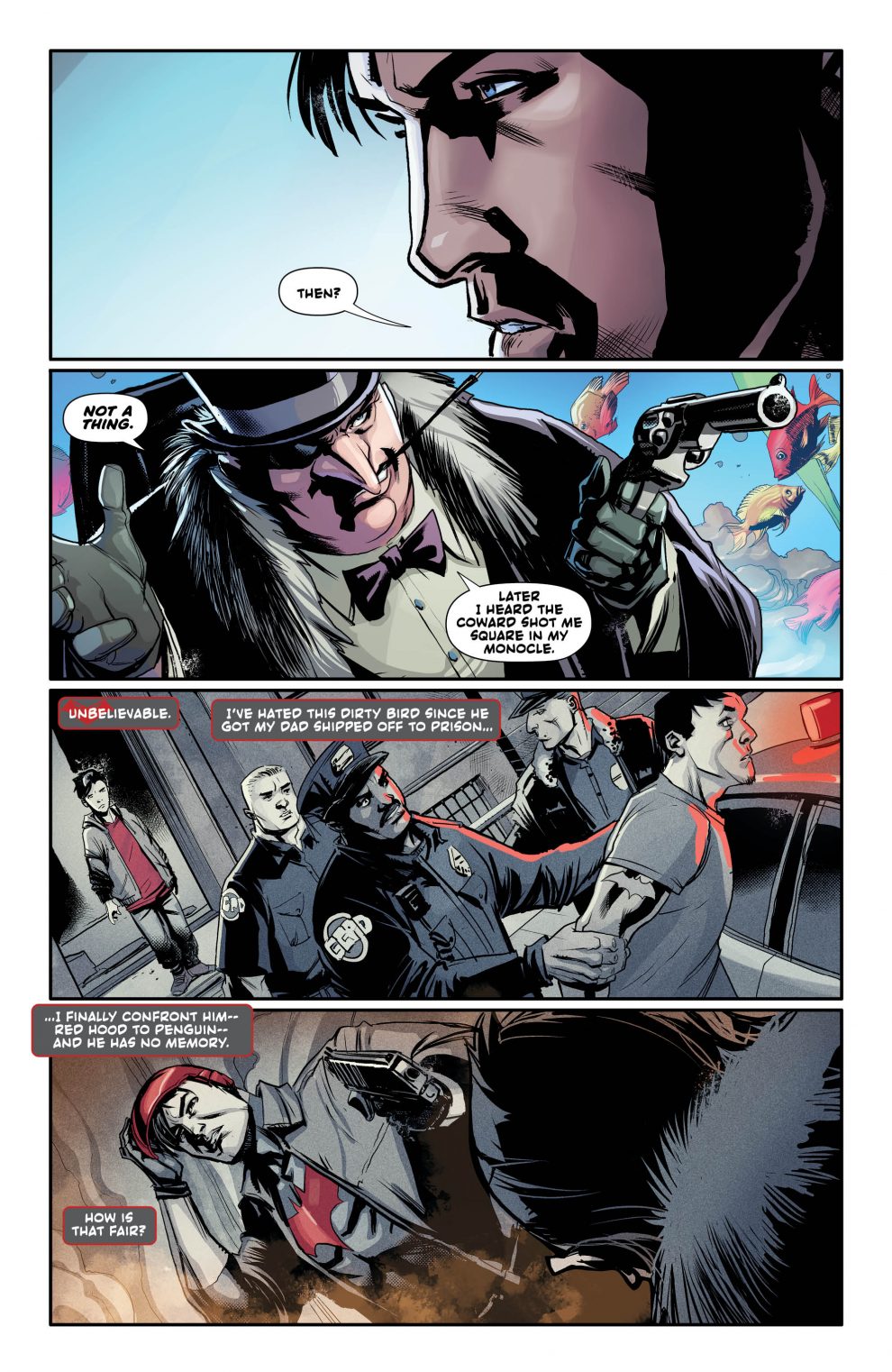 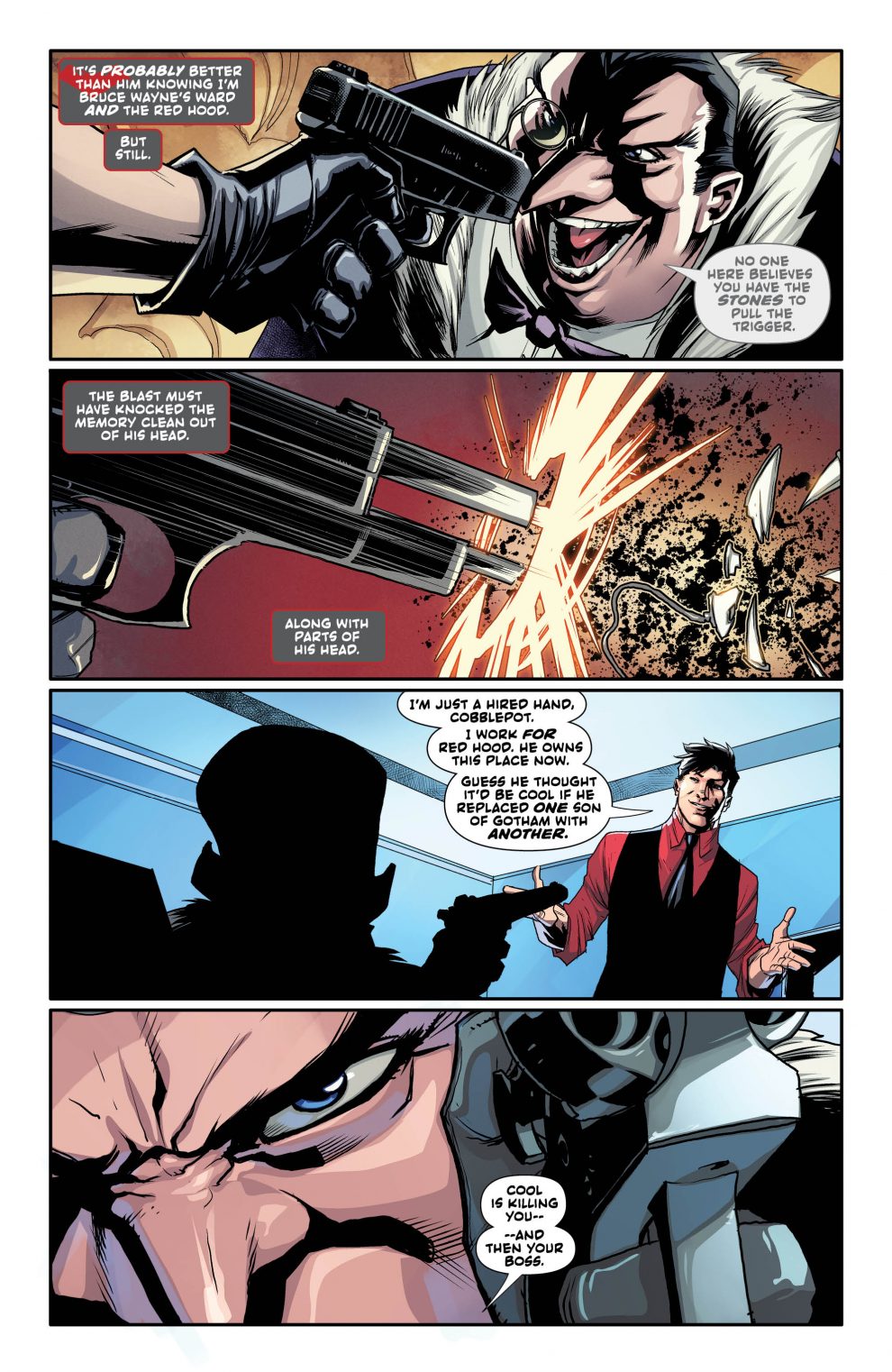 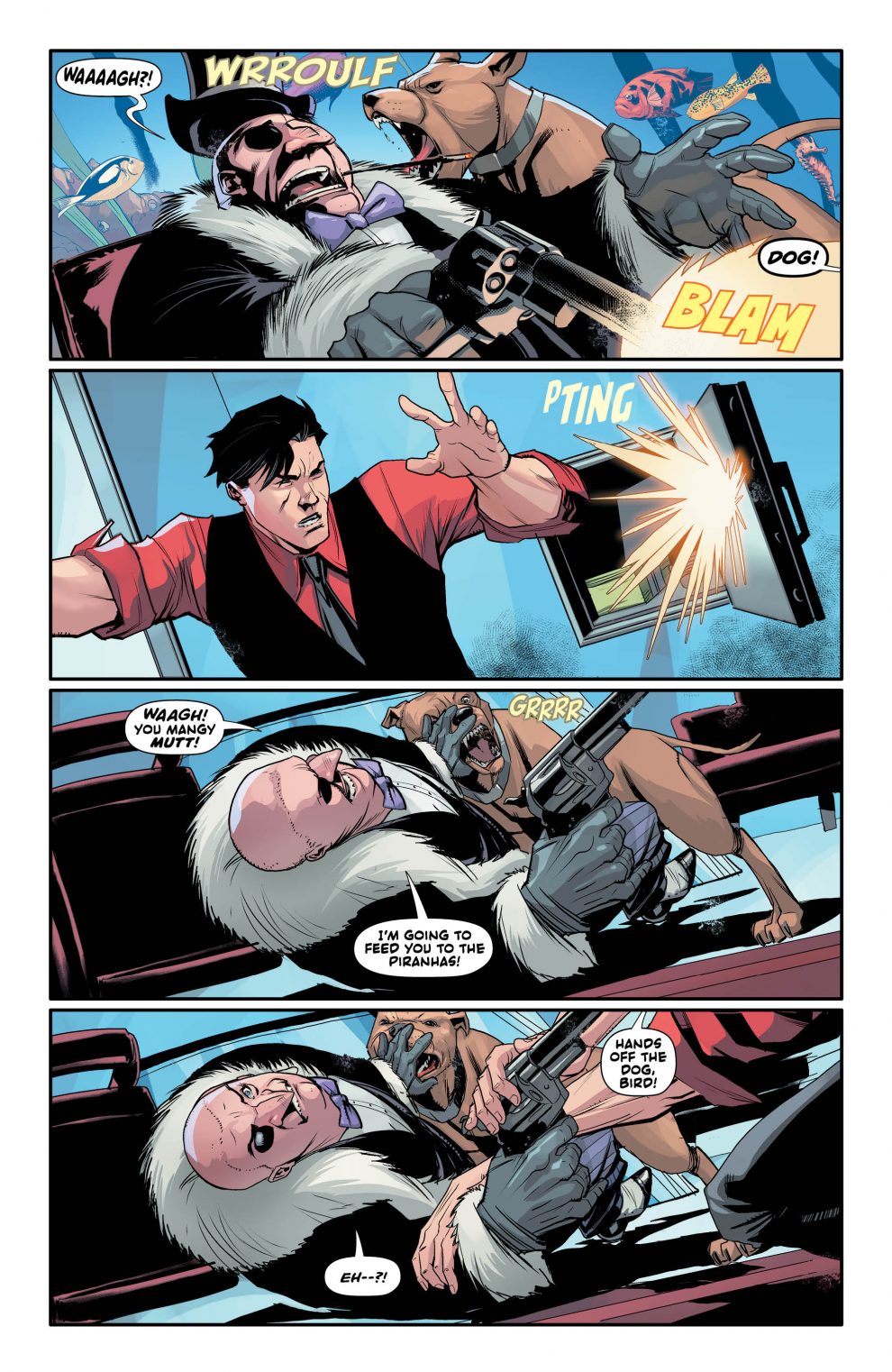 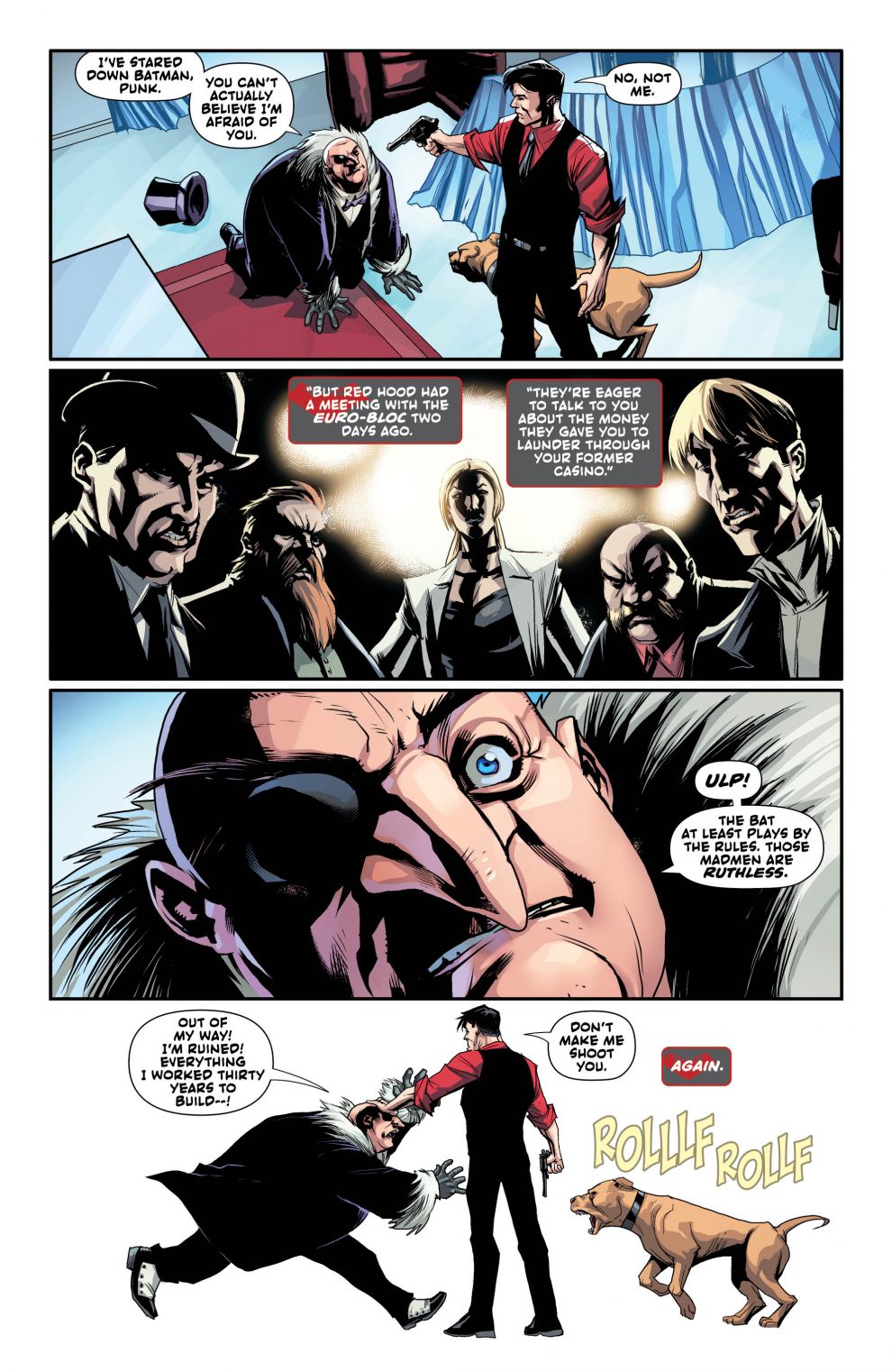 Lobdell does such a great job of leading you blindly down a path, without noticing the scenery out of the window. Unable to see where we are going with the story until it’s too late, and guns are being drawn. There were several points in the issue that the thought, “Ah yes, I know what’s going to happen next” crossed my mind. However, I was never correct. Having a writer that’s so good at keeping the audience guessing, really adds to the character and the comic for me.
The art from Woods and Lokus, as always, was a treasure to behold. Being able to see the comic go from small panels to full page spreads without breaking stride was beautiful. The pages were all so beautifully designed and striking to look at. The way shadows were played with, and the crisp, clean colors enhanced the pages, yet never took away from the words. Great teamwork.

We’ve been on quite the ride with our boy Jason over these last few issues. The finale of the “Prince of Gotham” storyline did not disappoint. Questions were answered and threats were made. We could go so many places now with Red Hood, but it looks like Lobdell already has a plan in action with the way the issue ended. I enjoyed being alongside Jason on his rise to royalty, and can’t wait to see what he takes on next.