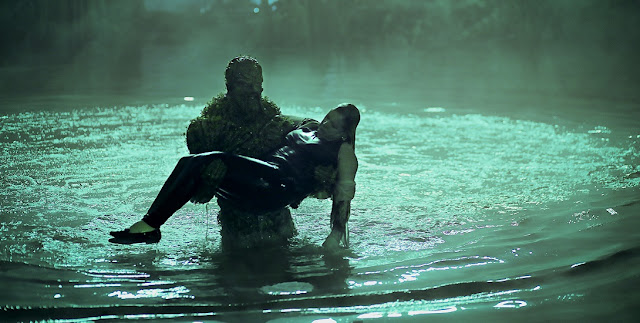 The spirit of Shauna Sunderland grows ever stronger, pulling her mother and Susie Coyle and into darkness. Daniel Cassidy's ties to Marais prove strong and a Stranger visits the creature who was once Alec Holland. Secrets are revealed and the swamp shares its memories, in the sixth incredible episode of Swamp Thing. 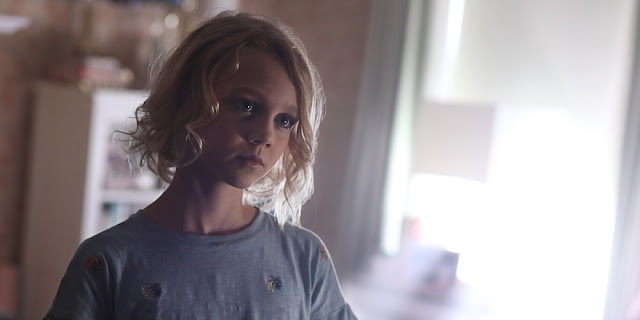 In The Coyle Of A Dilemma

Elle Graham is an incredibly talented actress, and for someone so young, her range is truly impressive. In this episode she goes from frightened and vulnerable, to strong and downright terrifying, embodying her own character and that of the deceased Shauna Sunderland brilliantly.

The scenes between her, Virginia Madsen and Crystal Reed in this chapter are emotionally charged and amongst some of the most horrific and terrifying I've ever seen on television. 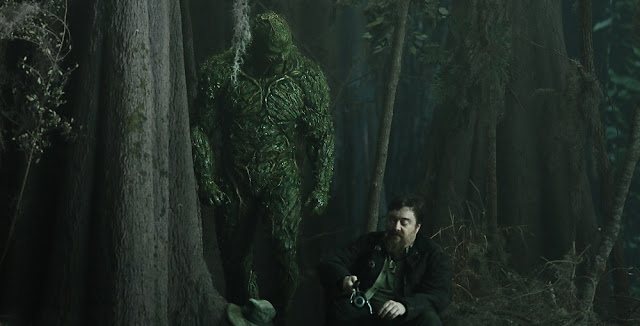 The Wisdom Of Strangers

Swampy learns more about his own nature and is introduced to the concept of the Green. Macon Blair is truly mesmerising as a fisherman, who appears from the mists of the bayou like a Phantom. He proves to be a true friend, even though he's a total Stranger. Who knows where he came from and where his endless wandering will lead him next?

Ian Ziering is on fire this week, as we learn a little more about why Dan Cassidy is in Marais and why he just can't bring himself to leave. His destiny is drawing ever closer and we get a glimpse of what his future looks like too. 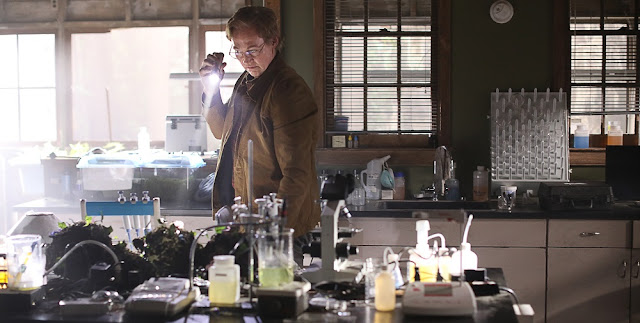 Kevin Durand's Jason Woodrue is getting ever closer to discovering Abby and Alec's secret, and his ties to Sunderland will soon bear deadly fruit. I have no doubt that he'll get to the root of the problem and we'll be seeing him branch out in new and deadly ways.

Sunderland himself has a brush with the law, but not in ways anyone would have ever expected. The Sheriff finds herself at the business end of a shotgun and shows just how far a mother will go to protect her child. The parallels between her and Maria Sunderland are highlighted in new and intriguing ways this week. 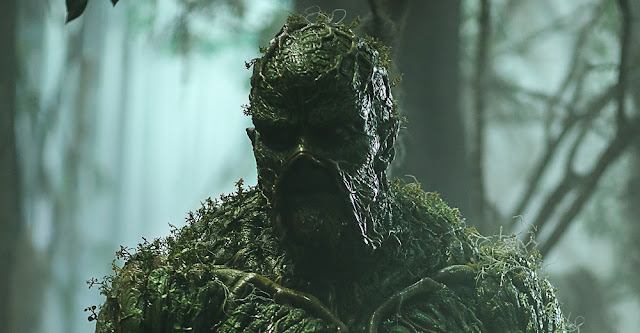 Halfway through the season, this series is proving to be a televisual tour de force. We get pure horror, real, human emotion and drama plus supernatural shenanigans aplenty. Derek Mears and Andy Bean deliver both sides of Alec Holland admirably and Crystal Reed is consistently excellent. I love the scares, I love the characters and every episode leaves me wanting more.