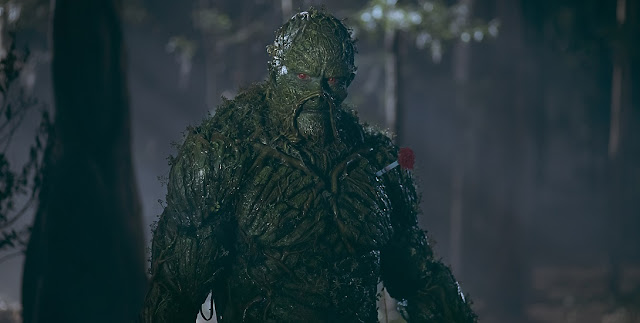 “The Price You Pay"

This episode is a non-stop thrill ride. After Sunderland's goons' attack on Liz and Daniel last week, Woodrue takes what he's gleaned from Abby's research and takes matters into his own hands... with explosive results! 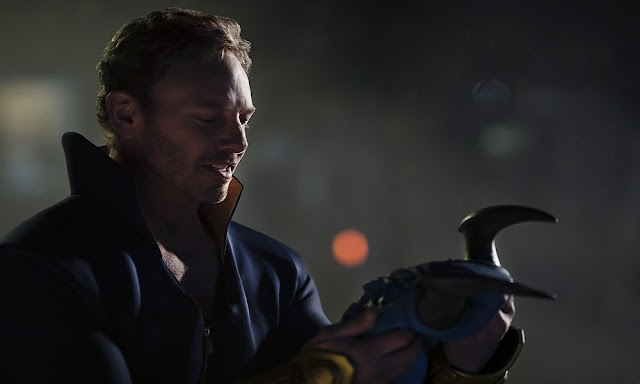 I know I frequently go on about how brilliant the stars of this show are, but this series' excellence also owes a great deal to it's supporting cast.

Ian Ziering gives an incredible performance in this episode, as he takes a step closer to fulfilling his destiny. His ties to Abby, the magical happenings around Mirais and a surprise connection to a Stranger bring matters to a head, this week. Daniel Cassidy is a true blue hero... or at least he will be.

I've always loved Jennifer Beals as an actress, and her portrayal of Lucillia Cable in this show has only made my respect for her grow. Her scenes with Henderson Wade this week are phenomenal. After Matt was implicated in what happened to Alec we learn that both he and his mother are simply pawns in a much larger game. The Cables have done some awful things, albeit for what they saw as the right reasons. I'm sure that all this will come back to haunt them, but I know that they're both good people at heart. 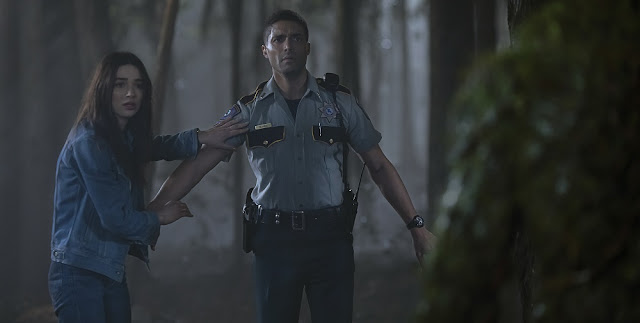 And Then There Were Three

As a massive fan of Swamp Thing in the comics, seeing Matt, Abby and Swampy together brings back many fond memories... as well as a sense of impending doom. Knowing the future of these characters isn't helping, in fact it's raising my anxiety levels to boiling point. I don't know how the final four episodes of this show are going to unfold, but I'm loving every second.

Henderson Wade really acts his socks off in this episode. I love his strength, his charisma and his sense of honor. Yes, he's a flawed character and has made mistakes, but the way he shows both vulnerability and regret leave me with no doubt that he'll be able to find redemption and forgiveness, particularly from himself.

Everything about this series just works. Every epsiode feels like a movie, it's lovely to look at, entertaining as hell, brilliantly made and beautifully acted. Every line of dialogue is on-point and every casting decision is bang on the money. We know that there won't be a second season, but I'm praying that the rumors of a movie prove to be true. 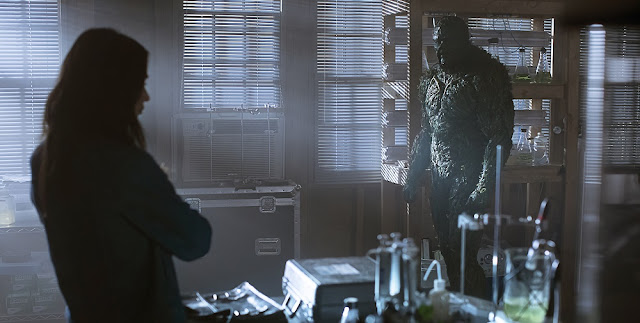 The heart and soul of this show, and the source material it was adapted from, has always been the relationship between Abby and Swamp Thing. The brilliant chemistry and connection between Crystal Reed and Andy Bean has been cleverly passed on to Reed and Derek Mears. You can feel Abby's genuine care and concern for the soul she knows still lurks within the creature that she feels honour-bound to protect, and who would clearly do anything to keep her safe too.

The way the episode ends is brilliant, leaving the audience in suspense and the characters bewildered. Swamp Thing is a series that continues to inspire and delight, so I can't wait to see what happens next!