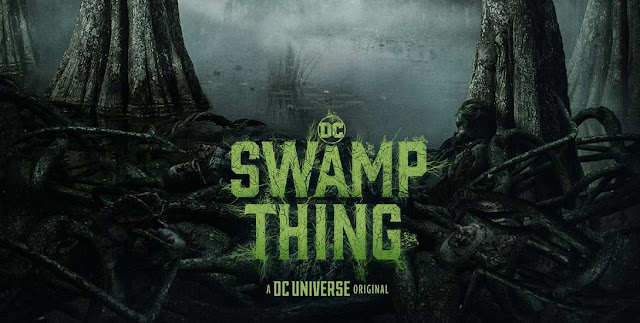 The way episode 8 ended, I had a feeling about where this chapter would take us, and what it might be called. It's so nice being right. "The Anatomy Lesson" does a fine job of translating one of the greatest comic-book stories of all time to live action.

The plot by Noah Griffith and Daniel Stewart, with a taut, suspense-filled script by Mark Verheiden, manages to combine the vintage re-telling of Swamp Thing's origin from Saga Of The Swamp Thing #21 (also called "The Anatomy Lesson"), issue #28 ("The Burial"), the first hints at Matt Cable's fate from issues #26 and #27 ("A Time Of Running" and "By Demons Driven). This instalment also finally gives us the live action Blue Devil that fans have been clamouring for, since the first trailers for the show aired.

Yep. To say that this episode is jam-packed is an understatement. 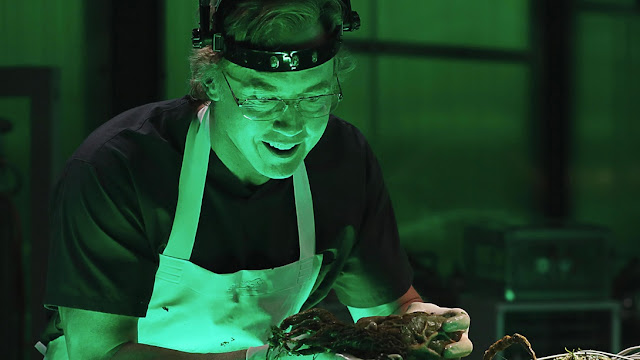 The Kid's Got Heart

The horror aspects of the series are extremely prevalent this week, as this episode is even more graphic than the source material. The way Woodrue performs what should've been an autopsy on a wide awake Swamp Thing is as chilling as Blue Devil's handling of the trigger-happy thugs at the Sunderland medical facility. That dude's on fire!

Derek Mears impressed the heck out of me this week. His anguish and torment, both physical on the operating table, as well as emotional throughout the episode, were palpable. To deliver that much range and emotion through that much make-up, blood red contact lenses and a ton of prosthetics never ceases to amaze.

Ian Ziering's transformation into the Blue Devil is - quite literally - killer. The enigmatic Stranger's prophecies bear fruit in this chapter, and a hot-headed supernatural hero for the ages finally receives the live-action treatment... with action being the operative phrase. 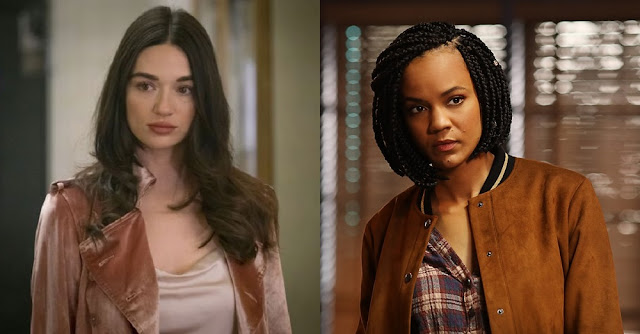 Of course Crystal Reed delivers another great performance this week, but her best friend and partner in crime, the brilliant Maria Sten as Liz Tremayne, shows us true girl power too. This series has some incredibly strong, and real, female characters, both on the side of the angels and as villains. Virginia Madsen's Maria Sunderland gets a surprise visit from Avery this week, and to say that she's committed to the relationship can be taken in many different ways.

Selena Anduze has been giving us some heartbreaking and subtle performances for weeks now. Her portrayal of Dr. Caroline Woodrue has been delicately and beautifully handled. Having seen what Alzheimer's does to a loved one first hand, her character both breaks my heart and makes me respect her as an actress. 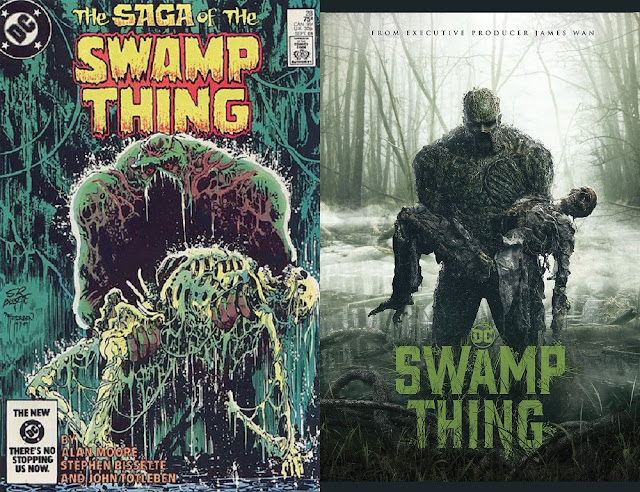 I don't know where the time's gone. Next week will give us the final episode of this masterful show, and it looks like it'll be crammed full of even more yummy goodness than this one was. The evil of the swamp, the final fates of Matthew Cable and Jason Woodrue still need to be addressed, and those are stories that may feel rushed if they only have an hour devoted to them.

Having said that, this episode was crammed to the gills, but was an absolute joy to watch. I will continue to have faith in the talented cast and crew that bring us the Swamp Thing's adventures.

In the words of ol' blue eyes, "And now, the end is near..." The DC Universe really is doing it their way.

Photos Courtesy Of WBTVD. Images May Be Subject To Copyright