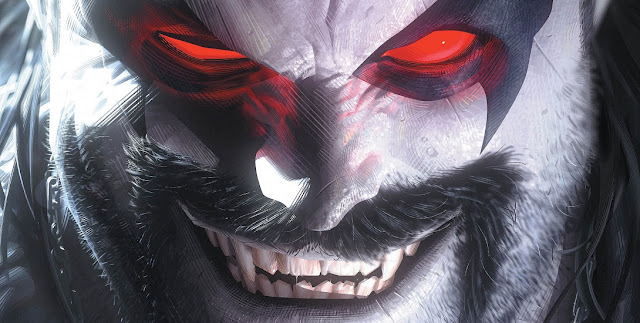 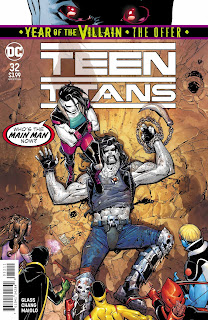 “Daddy Issues” – Part Two. Lobo has come to Earth with only two things on his mind: Find Crush... and kill her. The main negatives to this plan are twofold; Crush isn't just a Teen Titan... she's also Lobo's daughter. We left issue #31 with Kid-Flash fleeing the carnage, holding the near lifeless Crush in his arms. Teen Titans #32 gives us the aftermath of a horrific battle, and a satisfying conclusion too. 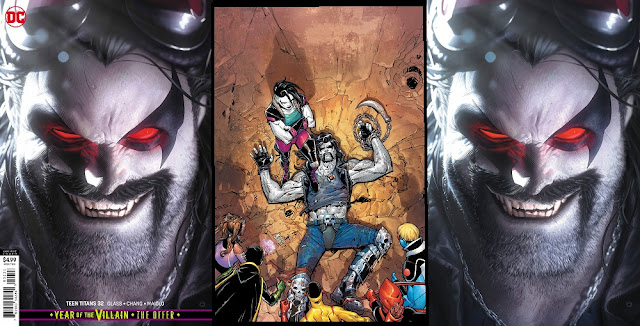 As always the writing in this book is of the highest standard. I've made no secret of the fact that I'm not a Lobo fan, and Adam Glass has given us a version of the Main Man that's entertaining, but in no way sympathetic. This version of Lobo is an uncompromising villain, and I'm very grateful for this.

Bernard Chang and Marcelo Maiolo are killing it on this series, just look at the great pieces of art in this preview alone! Page two panels 1,2, 4 and 5 are silent, but these pictures definitely speak a thousand words. The emotions of the team of Titans, looking over their fallen comrade, are plain for all to see. Marcelo's use of color and light make Bernard's art sing, particularly in panels two and four. The glimmer of sunlit grass on the fields behind Kid-Flash highlight how the calm of the countryside behind the characters, is in stark contrast to the scenes of carnage they've just escaped, as well as the ones that are set to follow.

Rob Leigh continues to impress with his lettering. I absolutely adore his design for the "Daddy Issues" title and credits box. Inspired. 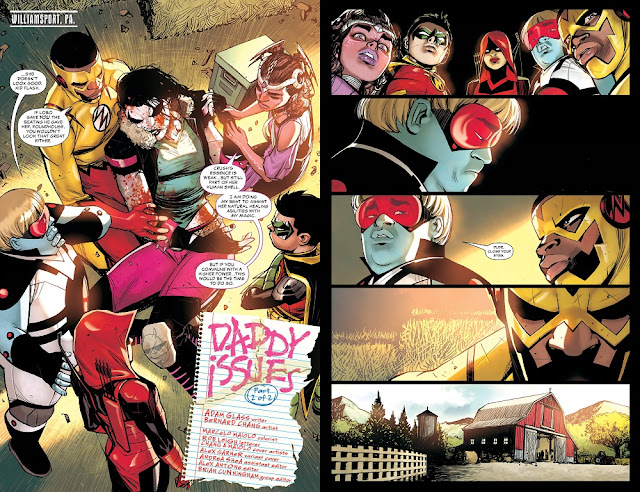 The ending of the issue felt a bit rushed. I feel that this story deserved to be more than a two issue interlude between major arcs. I will say ,though, that I do feel for writers when their titles are hijacked for big crossovers. I'm sure that Adam Glass and his wonderful co-creators will revisit the Lobo/Crush relationship once the "Year Of The Villain" has run its course. Bearing in mind Crush and Djinn's creative handling of the situation, any other resolution would be unthinkable. 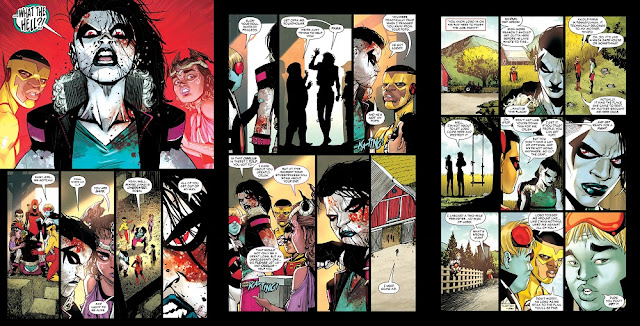 Teen Titans #32 continues a run of excellence, in my humble opinion. This series is one that I pick up month after month knowing that I'm going to get one helluva read. Consistency in comics is a hard job to maintain, but since Adam Glass, Bernard Chang and Marcelo Maiolo took over this book, it has been consistently terrific.