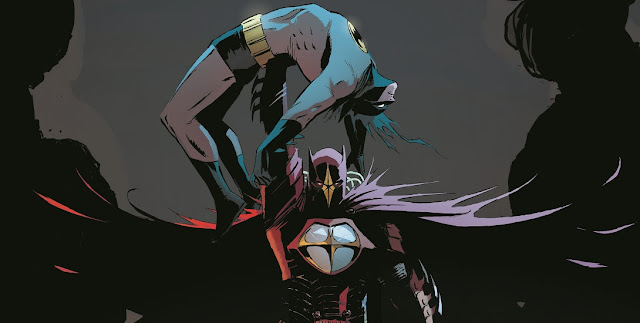 DC has announced Tales From The Dark Multiverse – a series that takes fan favorite moments from the DC universe down a dark and twisted path. Two brand new titles; TALES FROM THE DARK MULTIVERSE: BATMAN: KNIGHTFALL #1 and TALES FROM THE DARK MULTIVERSE: THE DEATH OF SUPERMAN #1 will be available this October.
Here’s the full lowdown, direct from DC:

TALES FROM THE DARK MULTIVERSE INFECTS SOME OFTHE BIGGEST EVENTS IN DC HISTORY THIS OCTOBER
BATMAN: KNIGHTFALL and THE DEATH OF SUPERMANDebut This New Line of One-Shot Prestige Format Stories
Future Titles to Include Twisted Takes onINFINITE CRISIS, BLACKEST NIGHT and THE JUDAS CONTRACT
One-Dollar Reprints of Original Comics Also Available Concurrent with New One-Shots
DC Comics have announced plans to put a twisted and terrifying spin on some of the biggest, most game-changing events in its publishing history with a series of prestige format one-shots called TALES FROM THE DARK MULTIVERSE. Beginning in October, DC’s most talented artists and writers will take fan-favorite events from the DC Universe down a dark and twisted path. 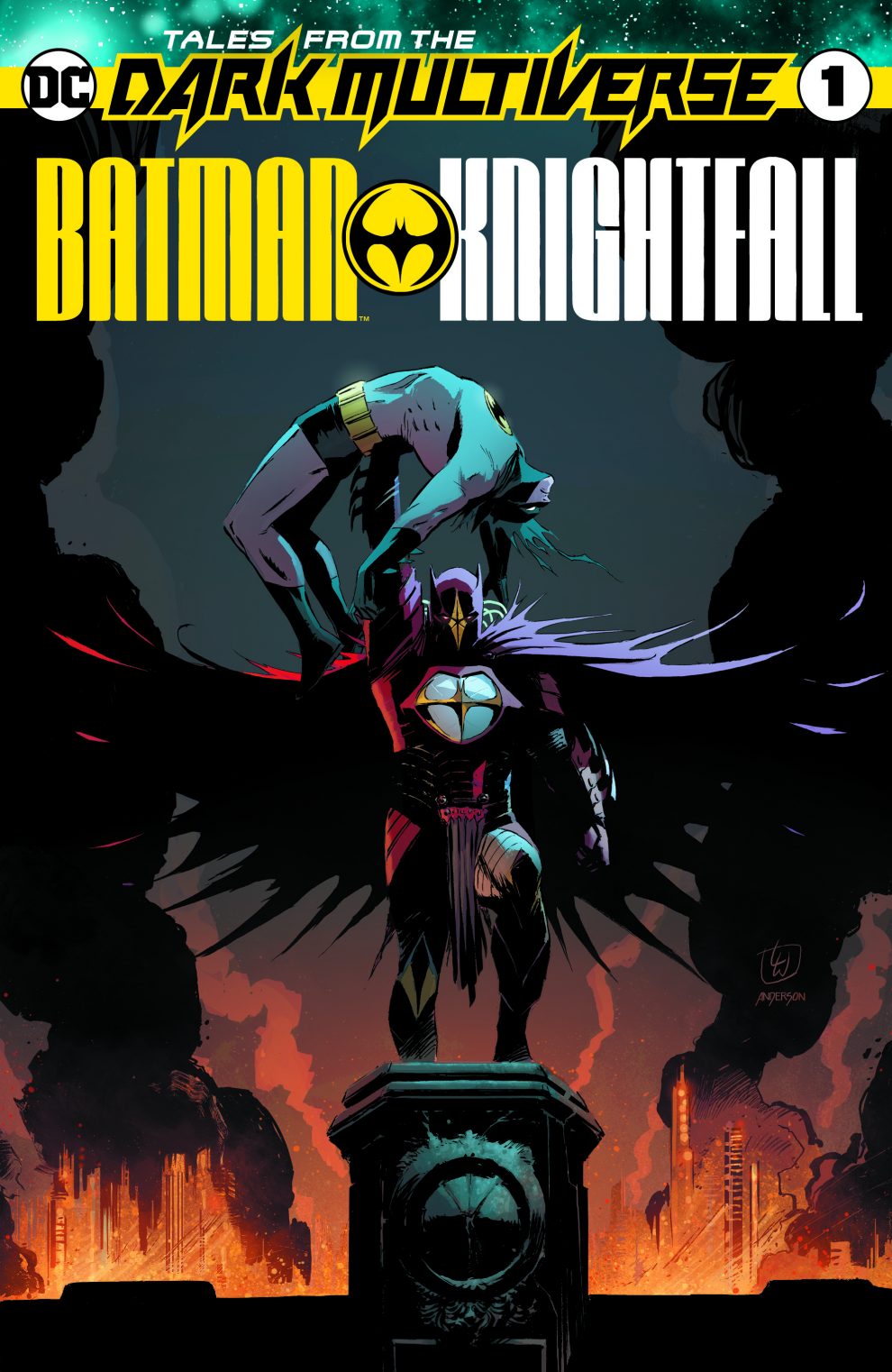 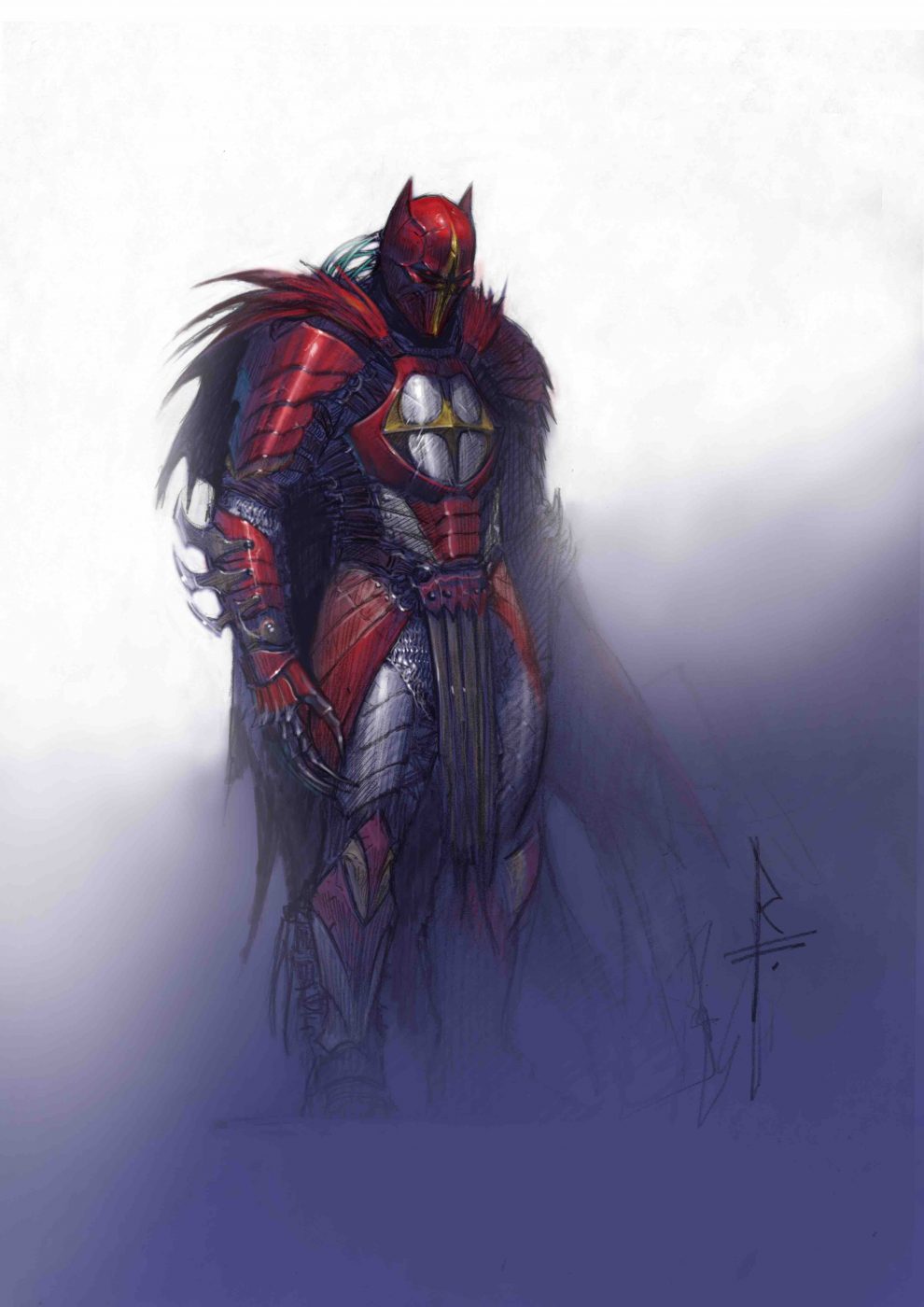 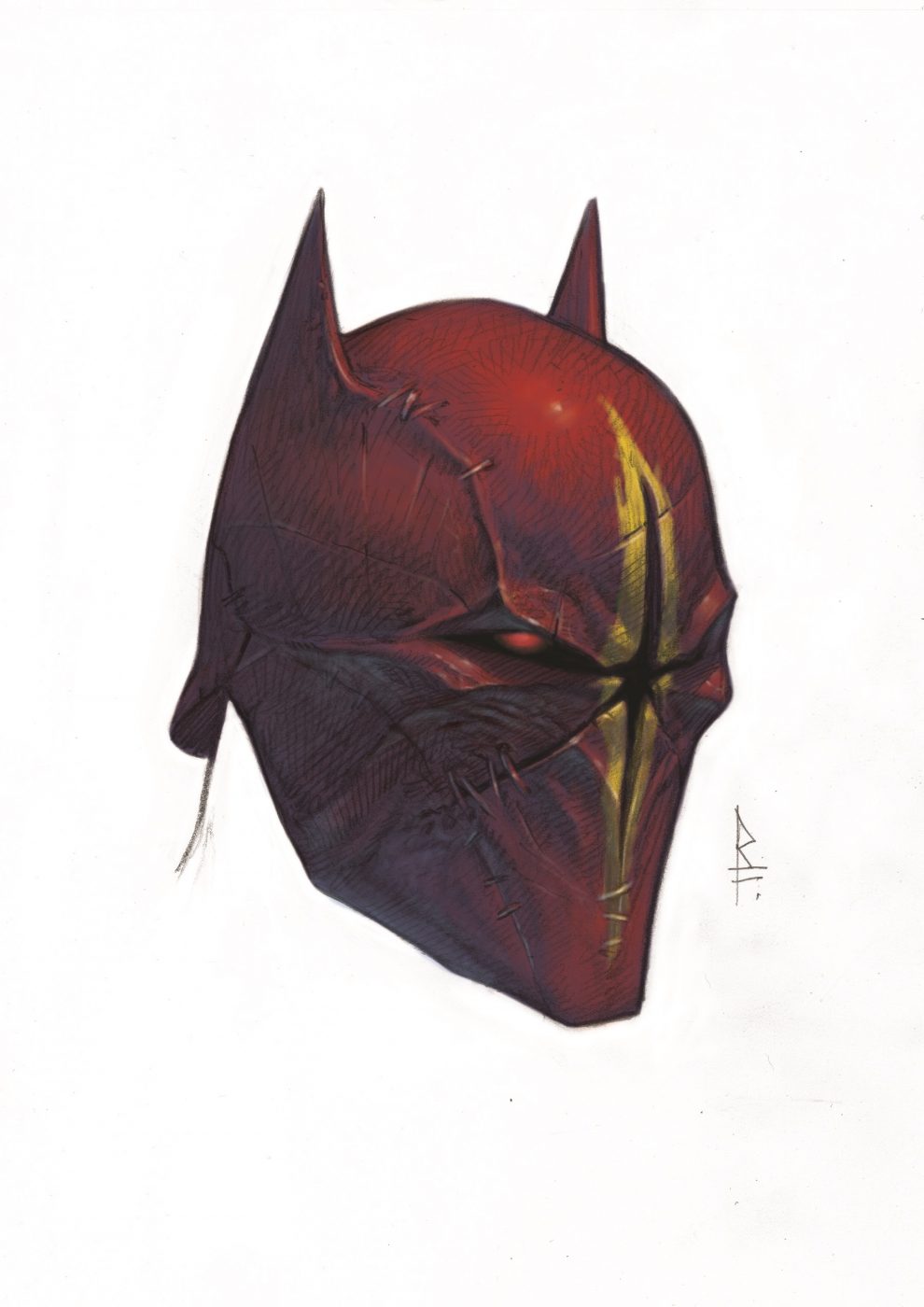 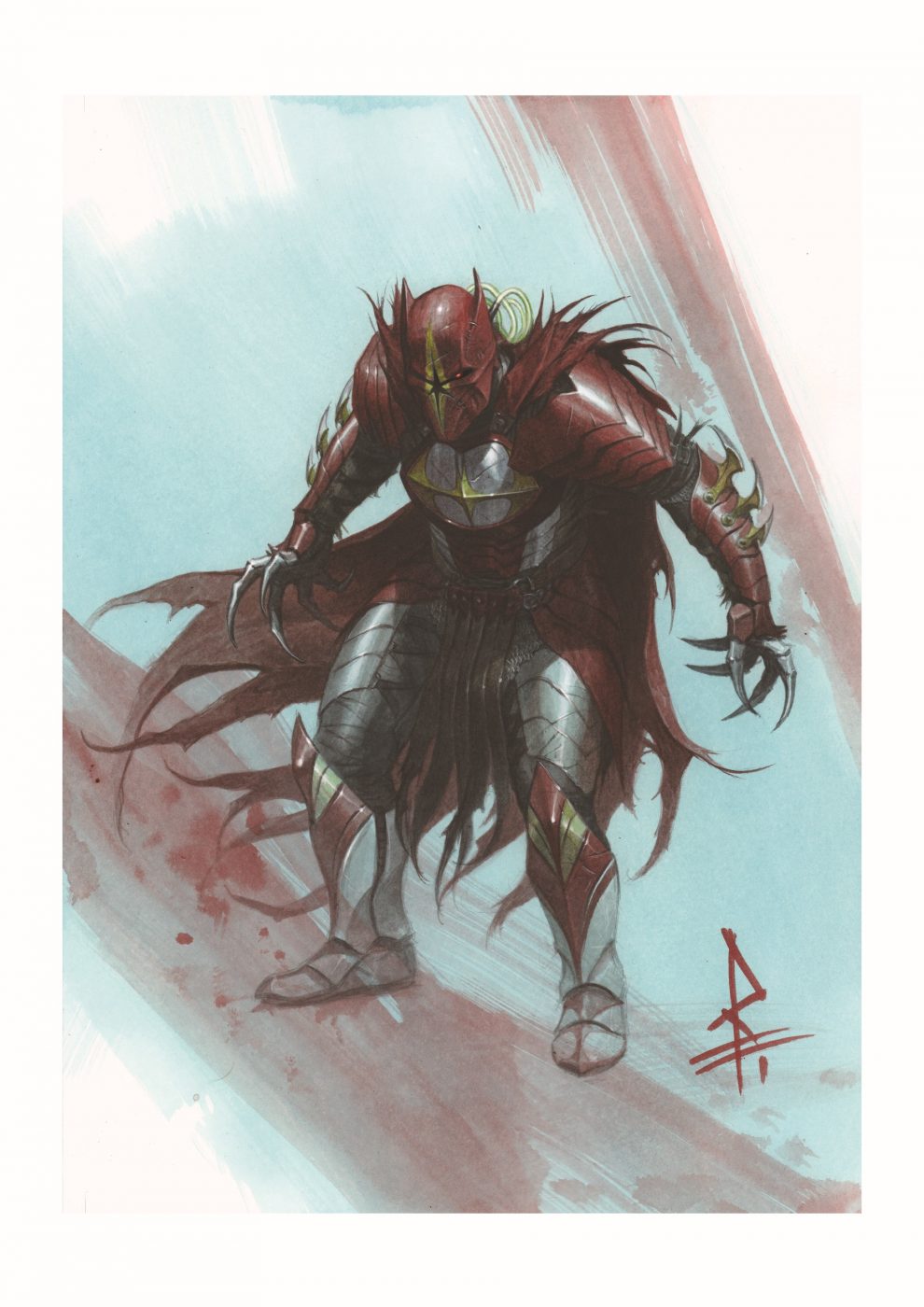 TALES FROM THE DARK MULTIVERSE: BATMAN: KNIGHTFALL #1
Co-written by Scott Snyder (DARK NIGHTS: METAL, JUSTICE LEAGUE, THE BATMAN WHO LAUGHS) and Kyle Higgins (DEATHSTROKE, BATMAN ETERNAL, NIGHTWING: THE NEW ORDER), with art by Javier Fernandez (JUSTICE LEAGUE) and a cover by Lee Weeks (BATMAN), this one-shot takes place in a Gotham City 30 years after a broken Bruce Wayne failed to take back the mantle of the Bat. In his place arose Jean-Paul Valley, also known as Saint Batman. Under his iron rule, Saint Batman has turned Gotham into the city of his dreams – killing has become commonplace and criminals live in constant fear – all in the name of justice.
But just when all seems lost, a new hope for Gotham rises: The Son of Bane.
TALES FROM THE DARK MULTIVERSE: THE DEATH OF SUPERMAN #1 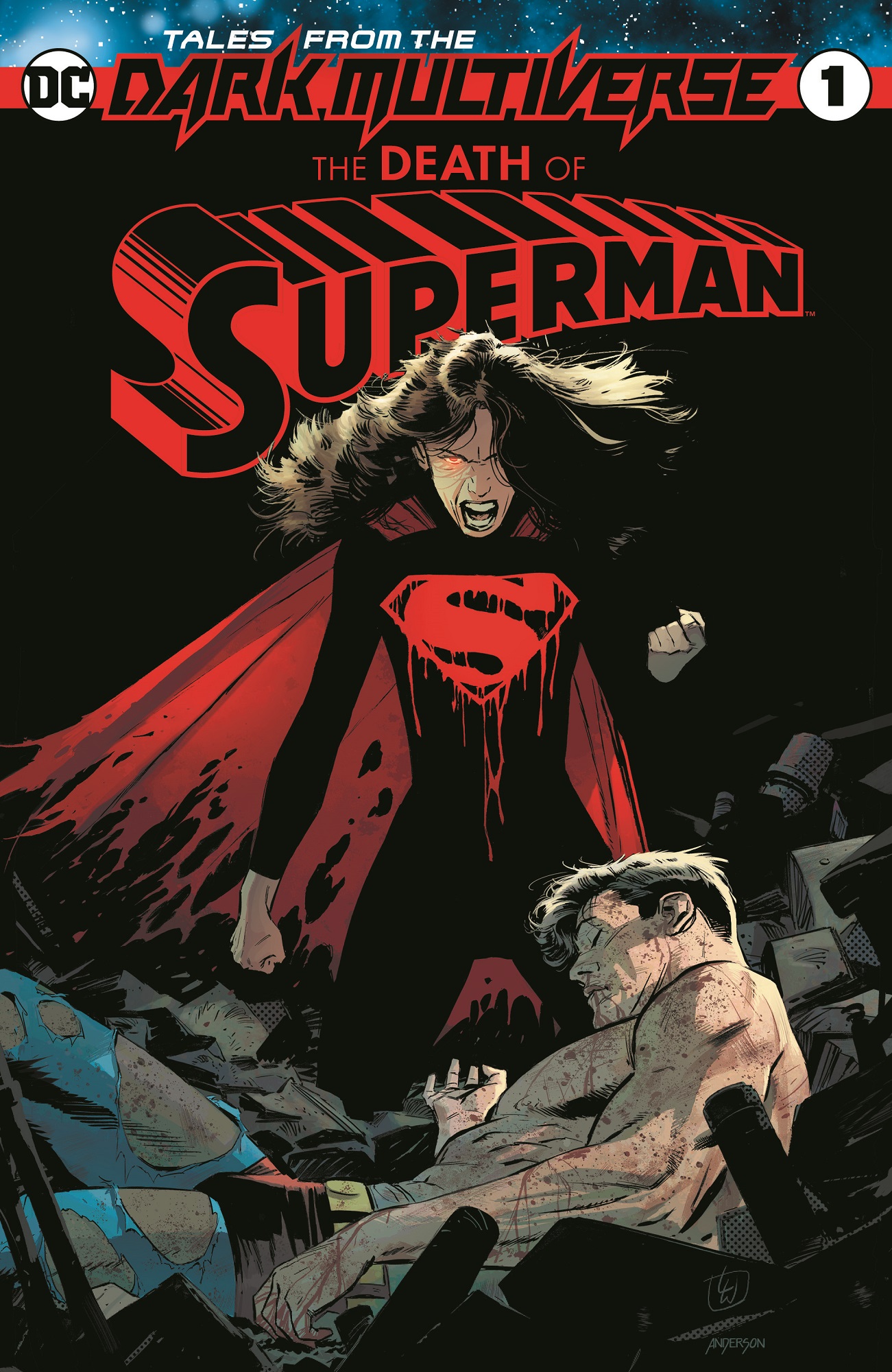 The Dark Multiverse takes on the highest-selling comic book event of all time, courtesy of writer Jeff Loveness (Rick and Morty, DC’S NUCLEAR WINTER SPECIAL, DC’S MYSTERIES OF LOVE IN SPACE), with art by Brad Walker (DETECTIVE COMICS) and Andrew Hennessy (SINESTRO, THE DEMON: HELL IS EARTH, TITANS), with a cover by Lee Weeks.


In a broken world much like our own, Lois Lane, twisted by rage and grief over the Man of Steel’s death, becomes the Eradicator, taking revenge on those who let Superman die and the corrupt world he could never defeat. Now, with the power of a god, she’s going to end the “never-ending” battle by any means necessary, halting the Reign of the Supermen before it even begins.
These are the first of several titles in this new line; additional one-shots will focus on other events such as INFINITE CRISIS, BLACKEST NIGHT, NEW TEEN TITANS: THE JUDAS CONTRACT, and more. Each of these prestige format one-shots is 48 pages long at a price of $5.99. TALES FROM THE DARK MULTIVERSE: BATMAN: KNIGHTFALL #1 will be available at comics shops and participating digital retailers on Wednesday, October 16. TALES FROM THE DARK MULTIVERSE: THE DEATH OF SUPERMAN #1 arrives at comic book shops and digital retailers two weeks later, Wednesday, October 30. Timed to the release of each TALES FROM THE DARK MULTIVERSE title, fans can also purchase a one-dollar reprint of the original comic each story is based on, BATMAN #497 (October 16) and SUPERMAN #75 (October 30).

For more news and updates keep following Fantastic Universes, or visit www.dccomics.com, the DC YouTube channel or follow @DCComics on social media.
(This article was originally published on the Dark Knight News website on July 15th 2019)