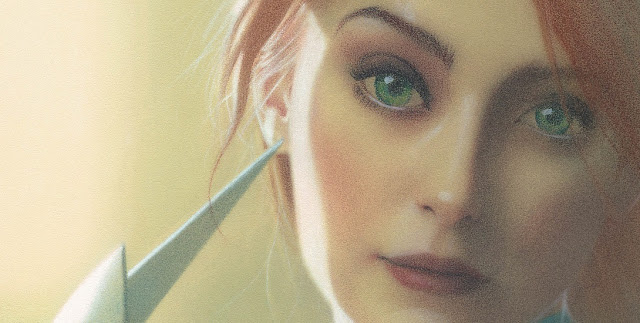 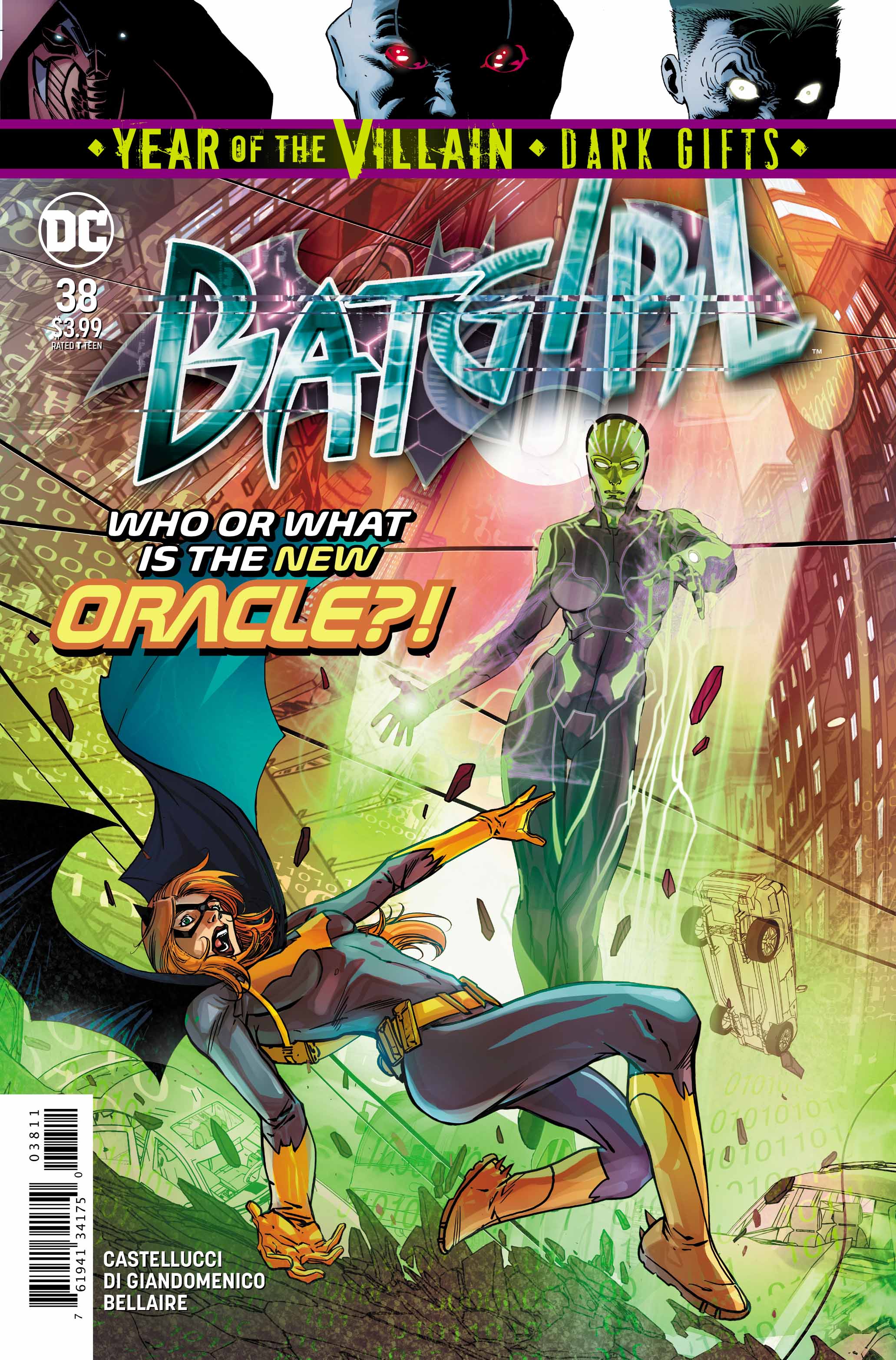 We left Babs in Batgirl #37 quite literally bugging out. Killer Moth rained down the pain, with evil intent, but was it of his own accord? Batgirl is now in need of a serious re-group in Batgirl #38, and while she does that we catch up with our creepy animal mask wearing villains. They seem to have made a new friend, who goes by the name of Oracle. Ring any bells? Read this issue to see if anyone figures out who this newcomer is.

Yes, it looks like Batgirl has fallen on some hard times at the start of Batgirl #38, so much so that a lovely passerby offered her some money and his coat. What a gentleman! I enjoyed the way Batgirl got back into her groove. Writer Cecil Castellucci has jumped right in and given Batgirl a hard start, and it doesn’t look like it’s going to get much better either. At least not any time soon. I enjoyed the way Castellucci has gone back to basics; no more fancy gadgets to rely on, just good old fashioned vigilant work, knowing how to rile up and enemy and having the skills to pay the bills.
There did seem to be a slight slip that didn’t get caught, I noticed a word missing from one of the sentences. Just a small word but it was obvious enough to me. That did take me out of  the comic and make me re-read the panel a few time before I moved on. Bit of a rookie mistake, but it happens to the best of us. 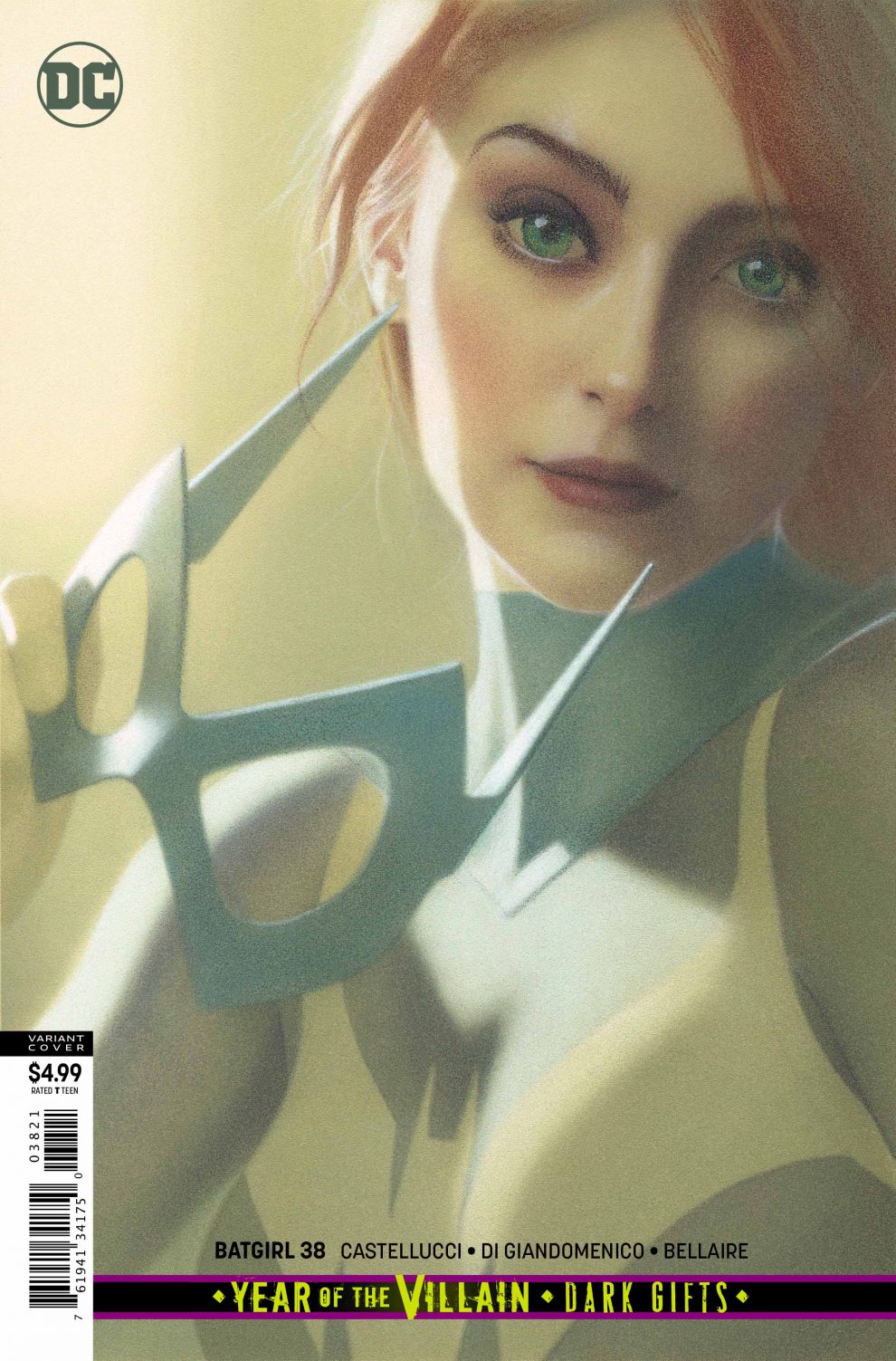 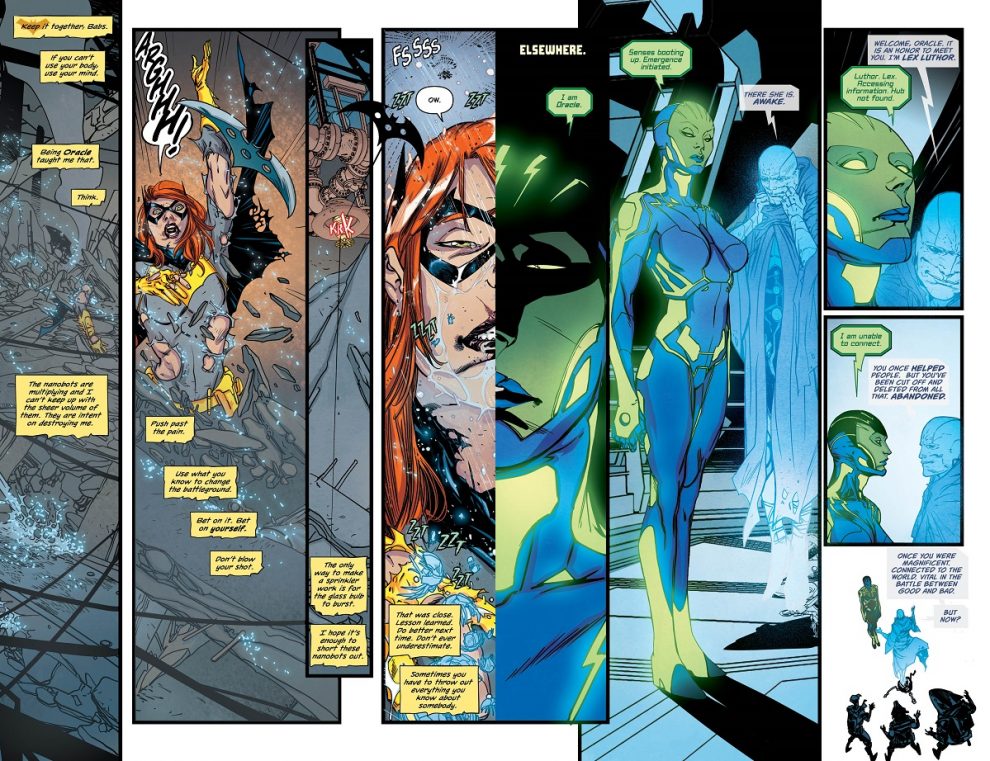 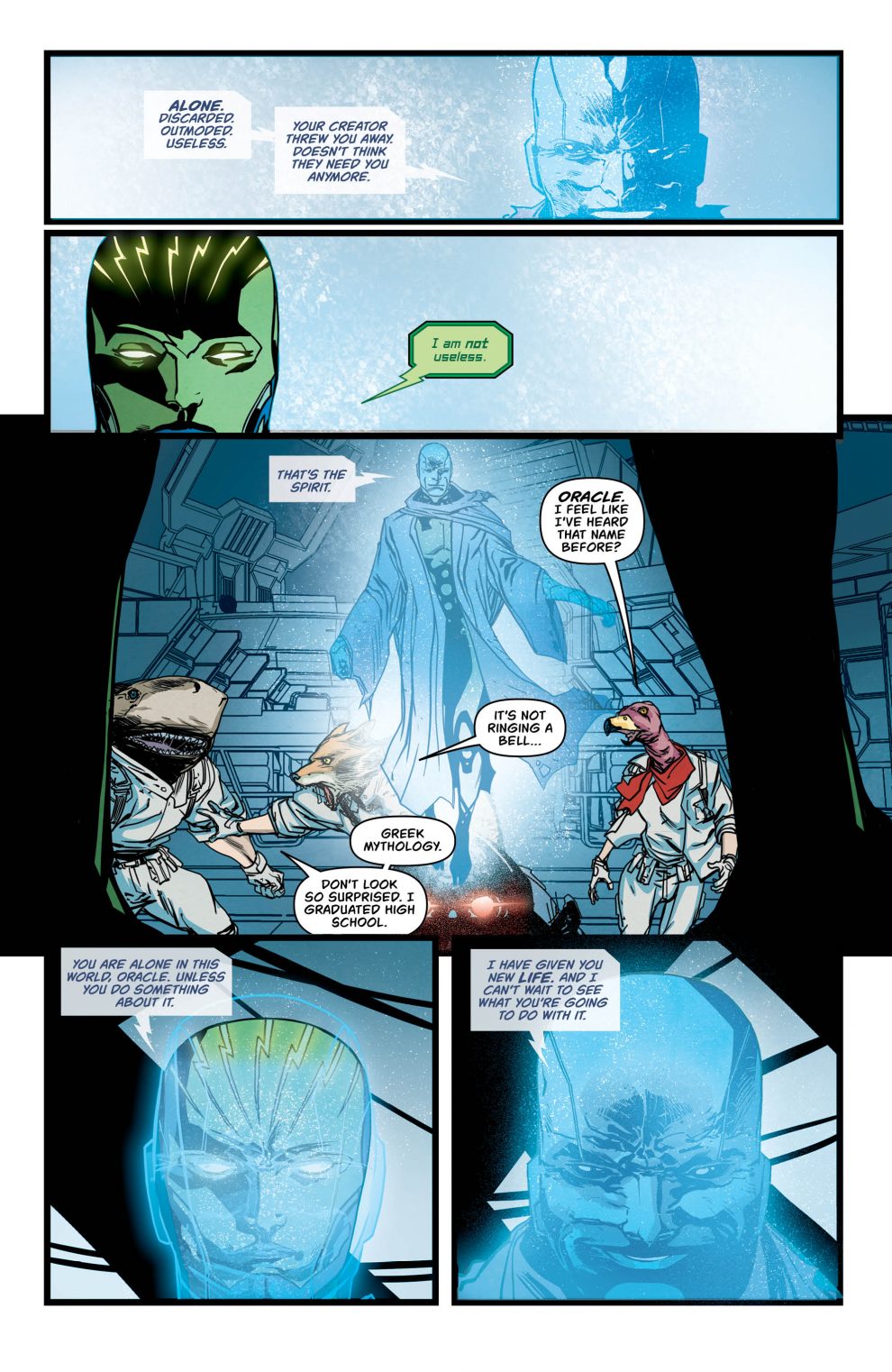 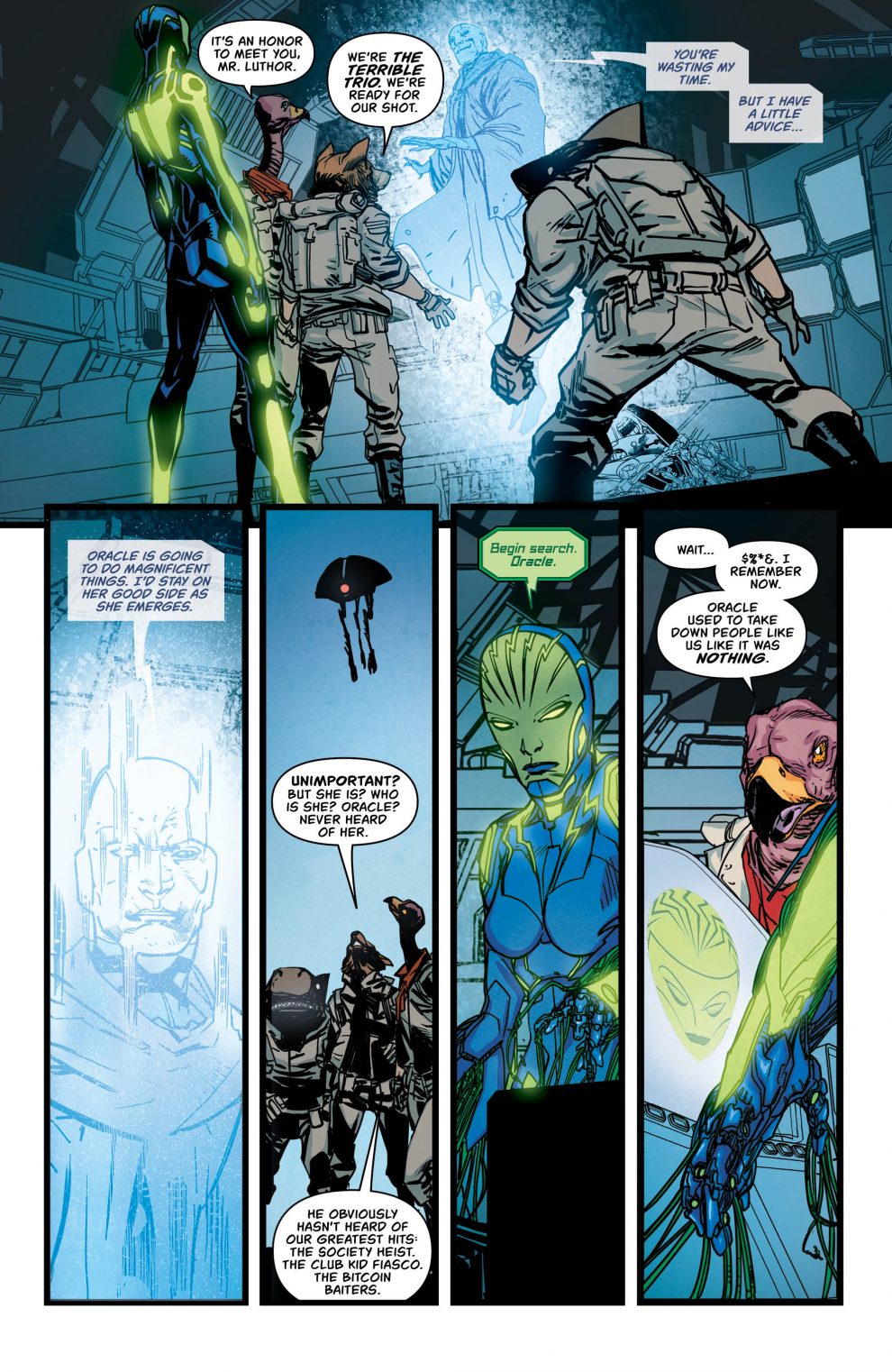 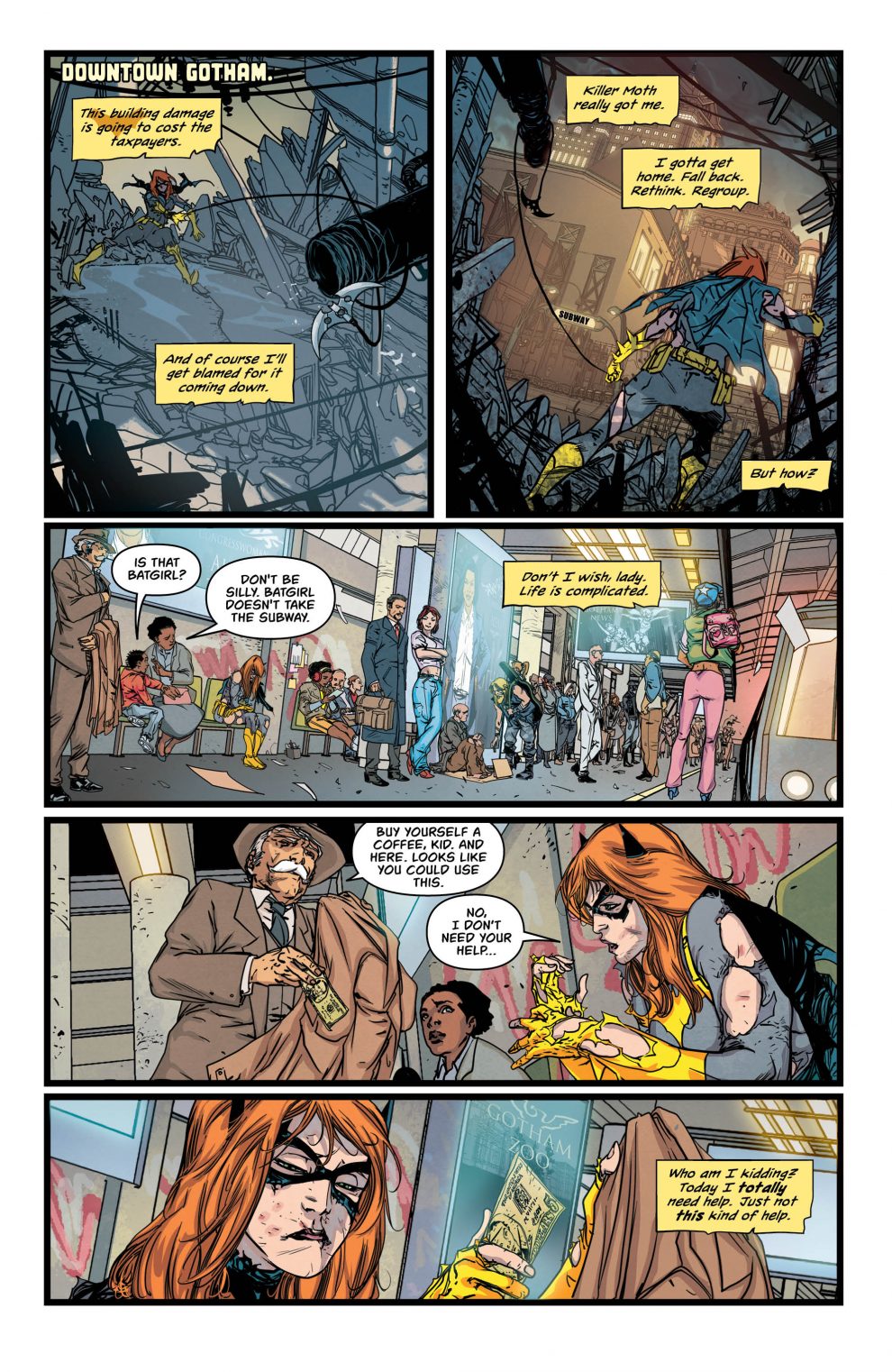 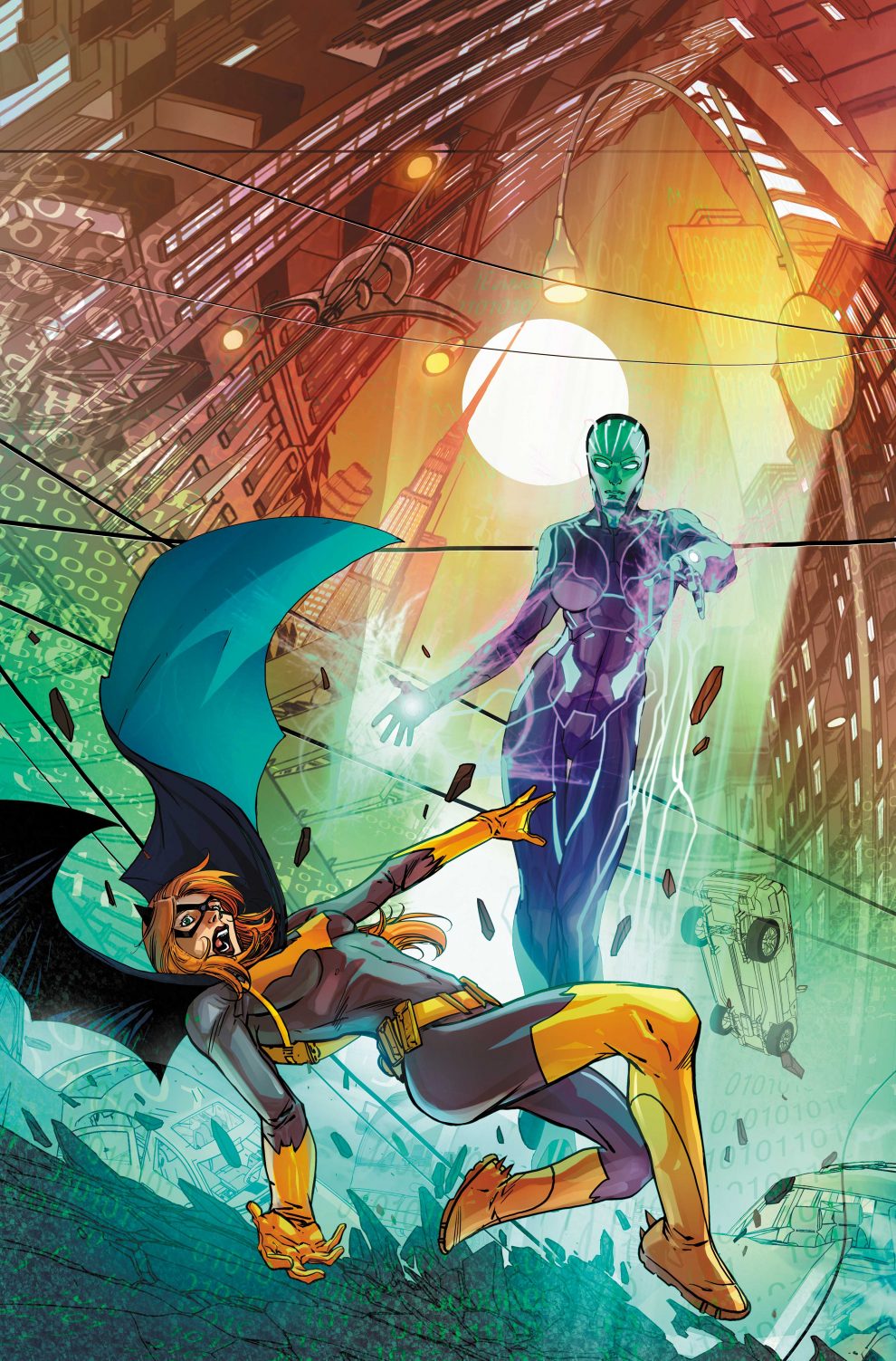 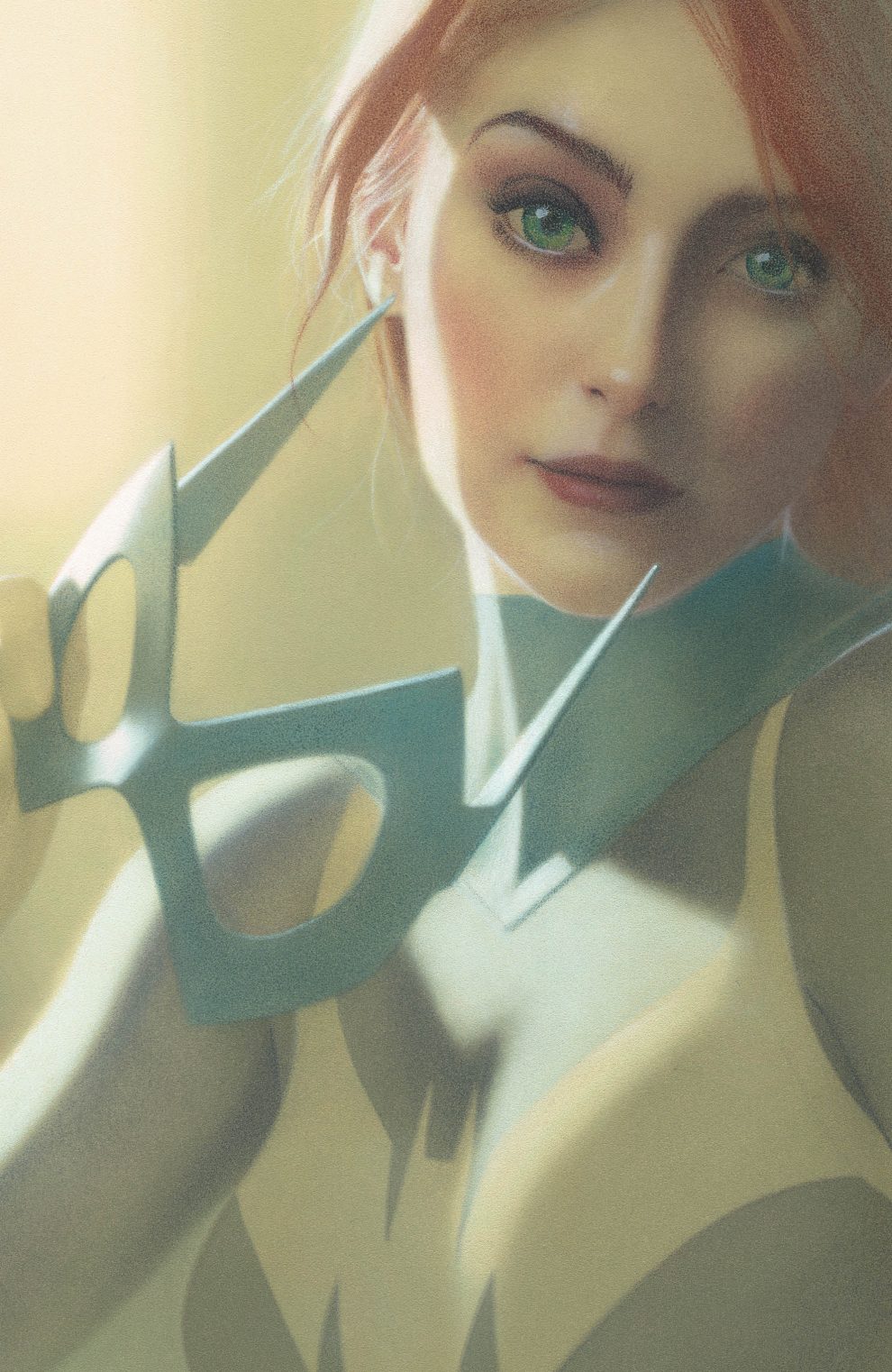 The art was amazing, as per usual. There are some beautiful panels in this issue. One of my favorites was the last page, no that is not a joke. It’s one large full page panel and the juxtaposition of the image is really something else. I stared at it for at least 2 minutes taking it all in. In earlier pages there’s so much detail in the work that you can really see how badly Babs is hurting. The way her costume is in shreds and seeing the grazes on her face and body, once she is in her civilian clothing, is very surreal and just adds that extra layer of depth.

Castellucci is doing well so far, she has some interesting ideas for storylines and potential character development. I really enjoyed going around the city with Barbara and Jason Bard, spending time with Batgirl in her exhaustion reminds us that she’s just like us. Giving her that extra human quality makes her more accessible to people.
There’s so much going on with this new story that I’m really intrigued to see how the Oracle part of it plays out. I guess we shall find out in the next issue.