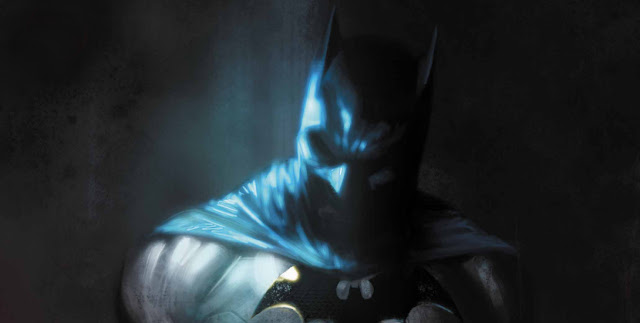 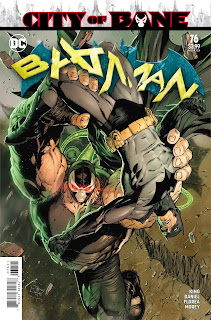 Events certainly take an explosive turn in this latest instalment of Tom King's epic Bat-saga, as he splits the narrative. One half focuses  on events in the dystopian Gotham City, with the slow recuperation of Bruce Wayne in Paris. Readers are treated to a clever juxtaposition between the two settings; one action packed and chaotic, the other serene and slow. The Herculean task awaiting our Dark Knight, as he tries to take back his city is made extremely apparent over the course of the issue. Even the infallible Batman is going to have a hell of a task restoring order and normality to Gotham.

Despite the title of this arc, Bane is still a peripheral figure at this point, leaving the focus very much on the dastardly duo of Thomas Wayne and Gotham Girl, holding the city in their thrall. The opening section of the issue features a breathtaking beat-down by GG to an invading Captain Atom, defying presidential orders to try and break Bane's stranglehold on Gotham. The visceral and brutal pummelling issued to the Captain is magnificently rendered, every punch and blow accompanied by appropriate onomatopoeia, such as "Crakkkk" and "Kkrassh." The ferocity and ultimate ease with which Gotham Girl dispatches her opponent is quite something, considering his considerable power set. The humbled lament as he recuperates in a medical facility is telling, informing a taciturn Tim Drake that all hope is lost.

There really is a tangible sense that this villainous collaboration is going to be too much to handle. With Thomas' warped version of the Bat keeping the rogues of the city in check, a twisted status quo has been established. As the government have adopted a laissez faire attitude to the situation, and a Wonka factory "nobody goes in, nobody goes out" set of rules now apply to the city. Where can writer Tom King go from here? I think it's a superb way of raising the stakes and level of opposition to unparallelled levels, giving Bruce a task like no other ahead of him. Gotham is no longer his, as the villains have, in their own words, won. As King's sprawling run nears its denouement, this series is extremely exciting now.

What of Bruce Wayne? He's barely conscious and recovering slowly in Paris, with his beloved Selina tending to him. So many questions spring out of that situation which I hope King will address by filling in the time jump gaps. How did Bruce end up in Paris following his desert smack down with dear old Dad? What happened in that pit to leave him broken and Thomas thriving? Where does Selina fit into all this? It's an intriguing puzzle that I just cannot wait to see solved. Everything is pulling together now to create a perfect storm. The synergy of King's writing and the sumptuous art of Tony S. Daniel and Sandu Florea is working so well, creating an alchemical concoction of comic book excellence that stands up against anything in living memory. 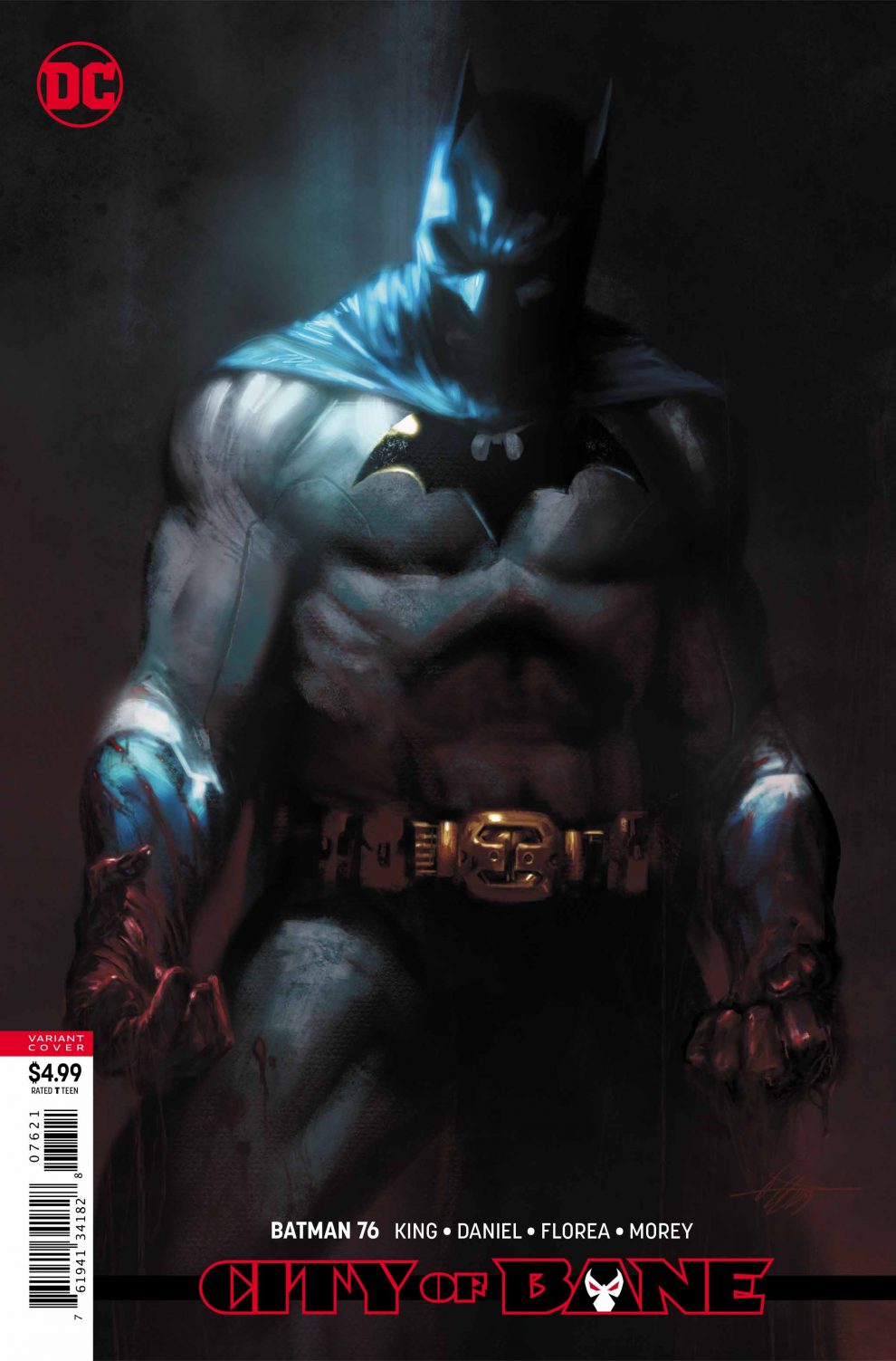 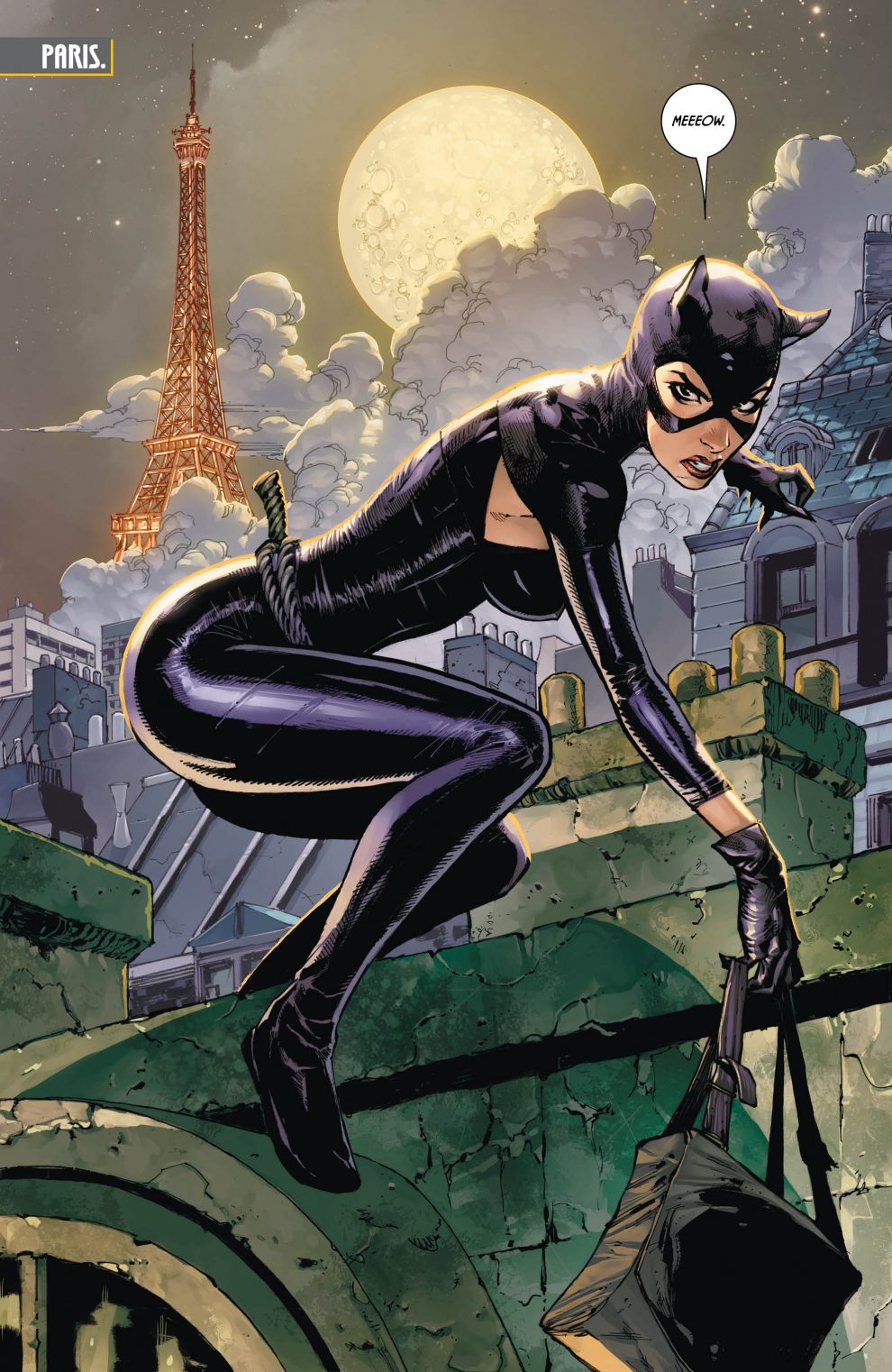 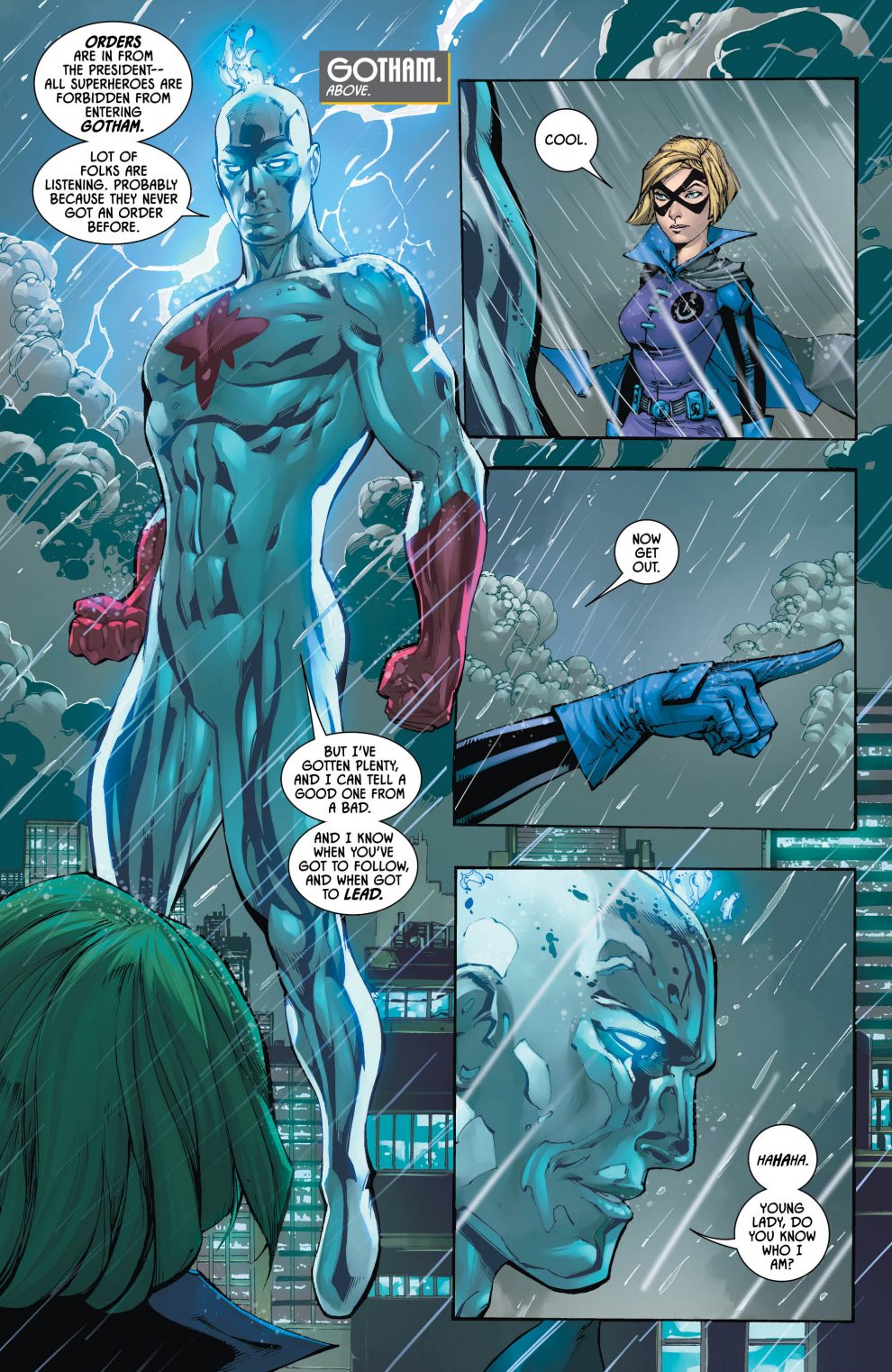 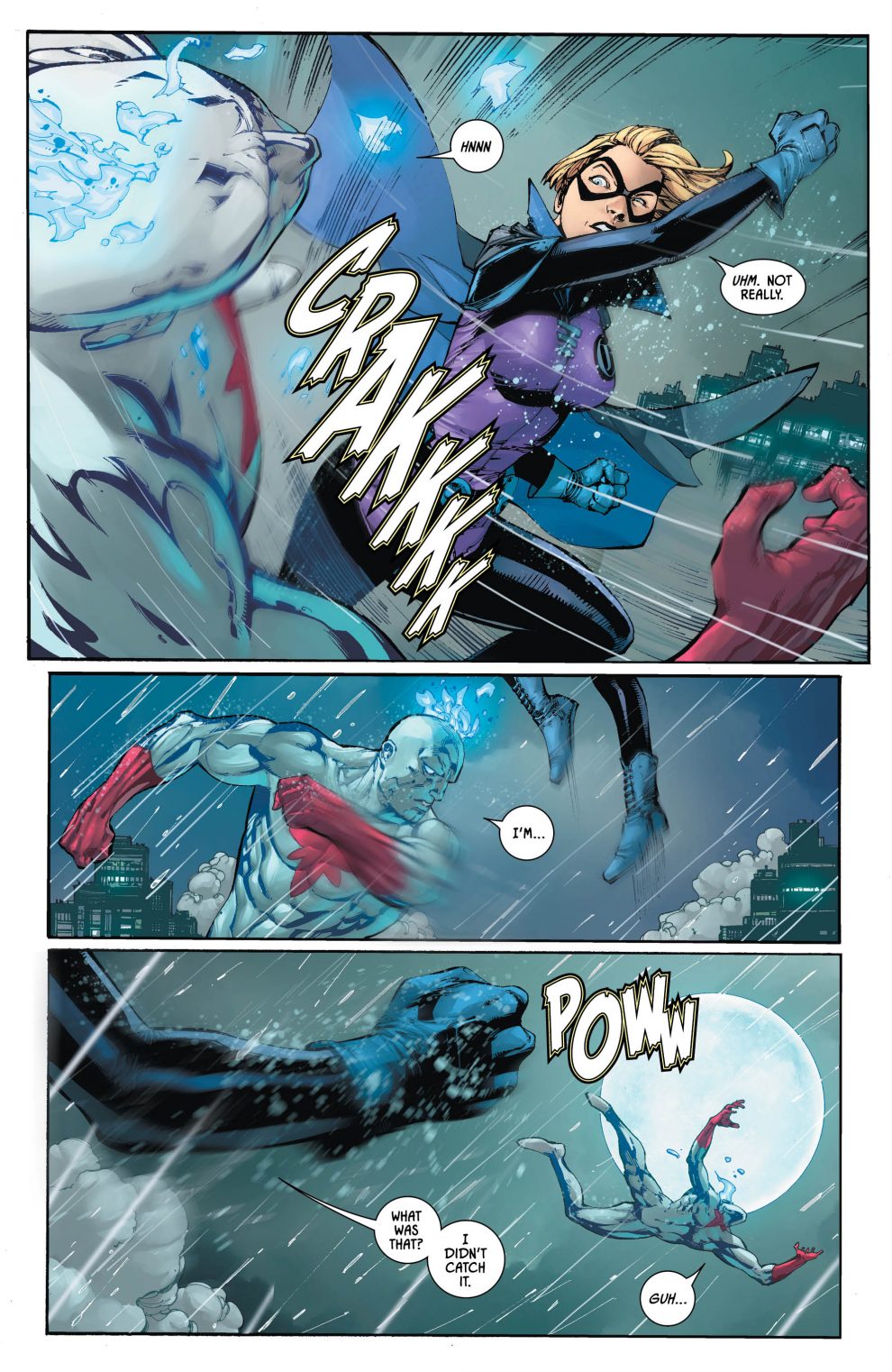 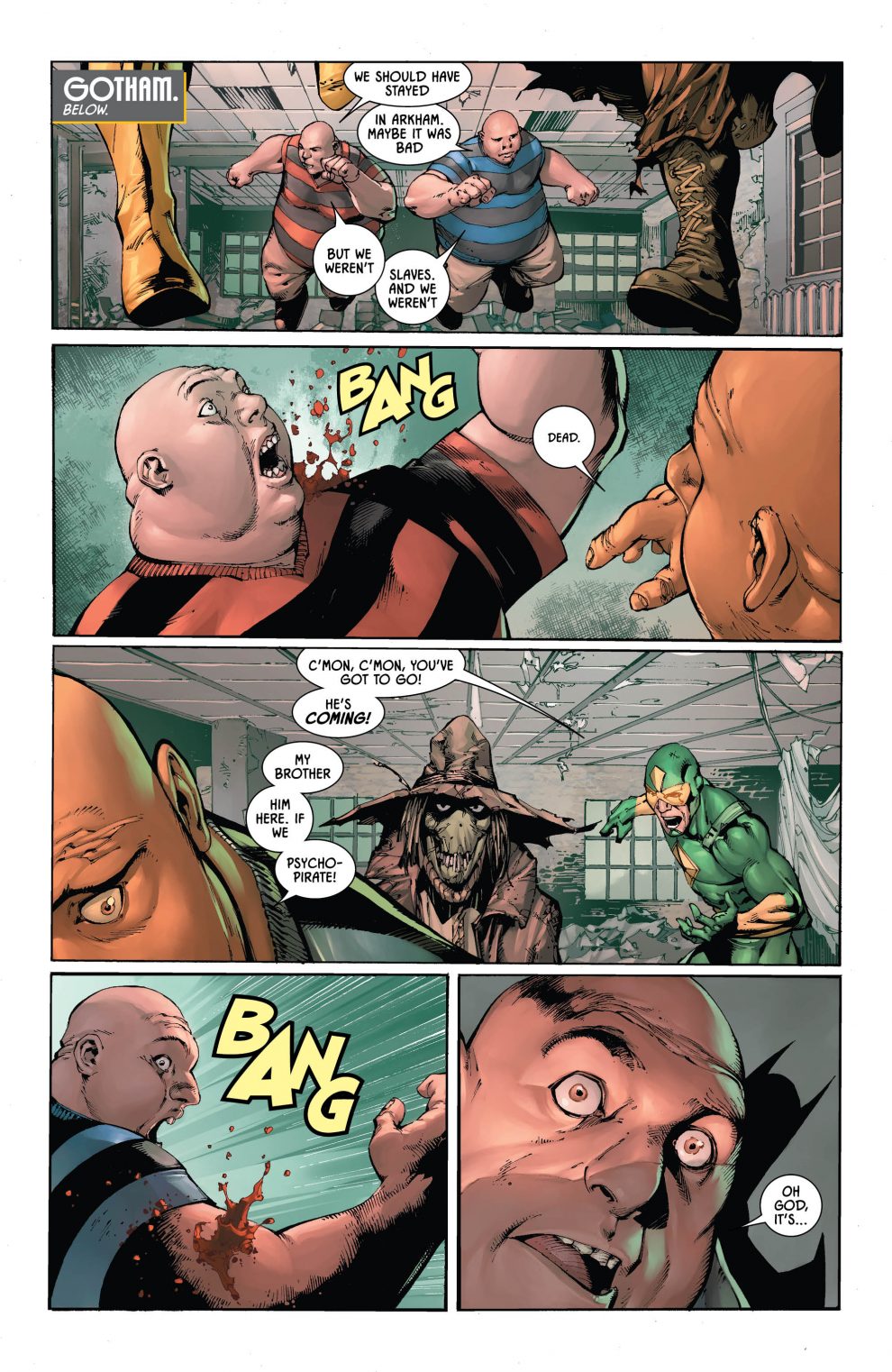 Batman #76 is probably one of the most standout issues of the entire Tom King run, going eight back to Batman: Rebirth #1. His eye for the "long game" approach is coming to a simply perfect level of fruition.  Each issue has truly led us to this point, and now I feel that we are all being rewarded for our patience and time. The release of issue #77 simply cannot come quickly enough.