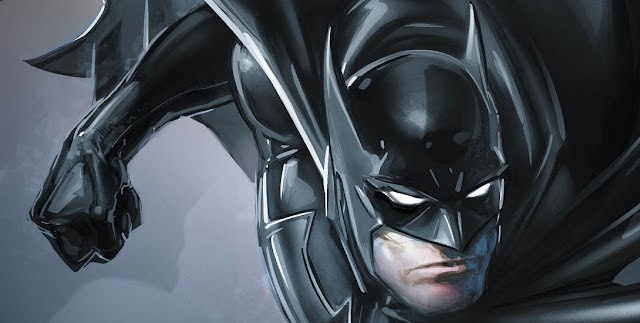 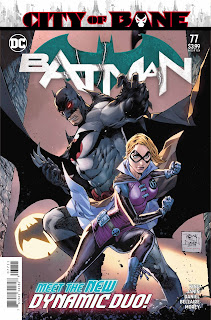 Action, tension and one hell of a shock. The key ingredients in this new, thrilling issue of Batman from the mind of Tom King. This is an issue that hits the ground running and just does not let up, all the way up to the extremely jaw dropping final moments, which hit the reader like a blow to the stomach.

Picking up from the events of issue #76, Gotham City is still under the thrall of the Bane/Thomas Wayne Diabolical Duo. Following on from the utter pummelling given to Captain Atom by Gotham Girl, the villainous stranglehold on the city seems unimpeachable. But, even the best laid plans can be challenged, like when a certain Damian Wayne steps up to the plate. It's here that the art of Janin and Daniel really excels, as the movement of Damian in combat takes on an almost balletic quality, with his agility and grace coming to the fore. Paired with King's snarky dialogue, this really is Damian's time to shine. Always one step ahead of the game, he truly is his father's son, when it comes to tactics. 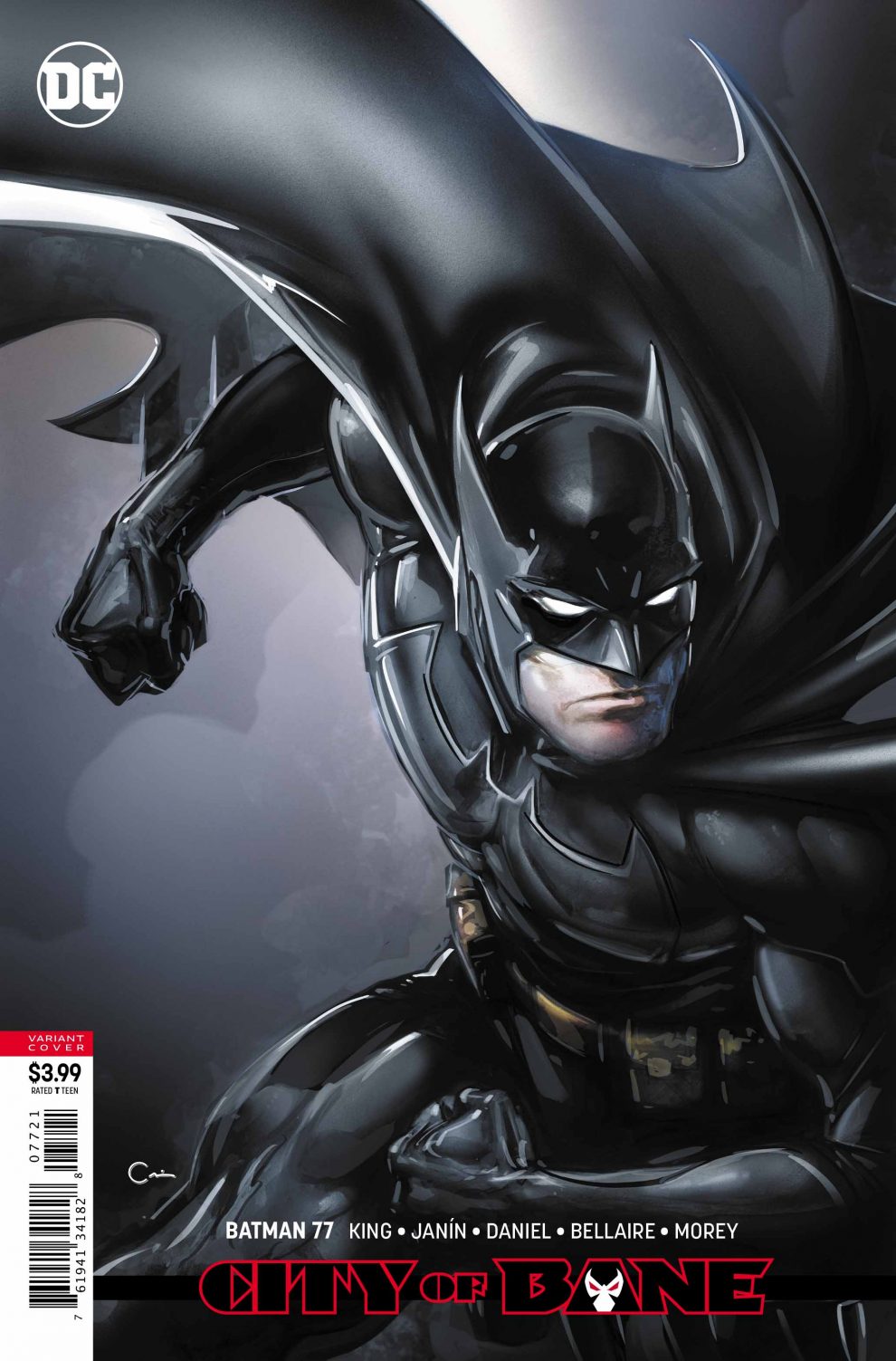 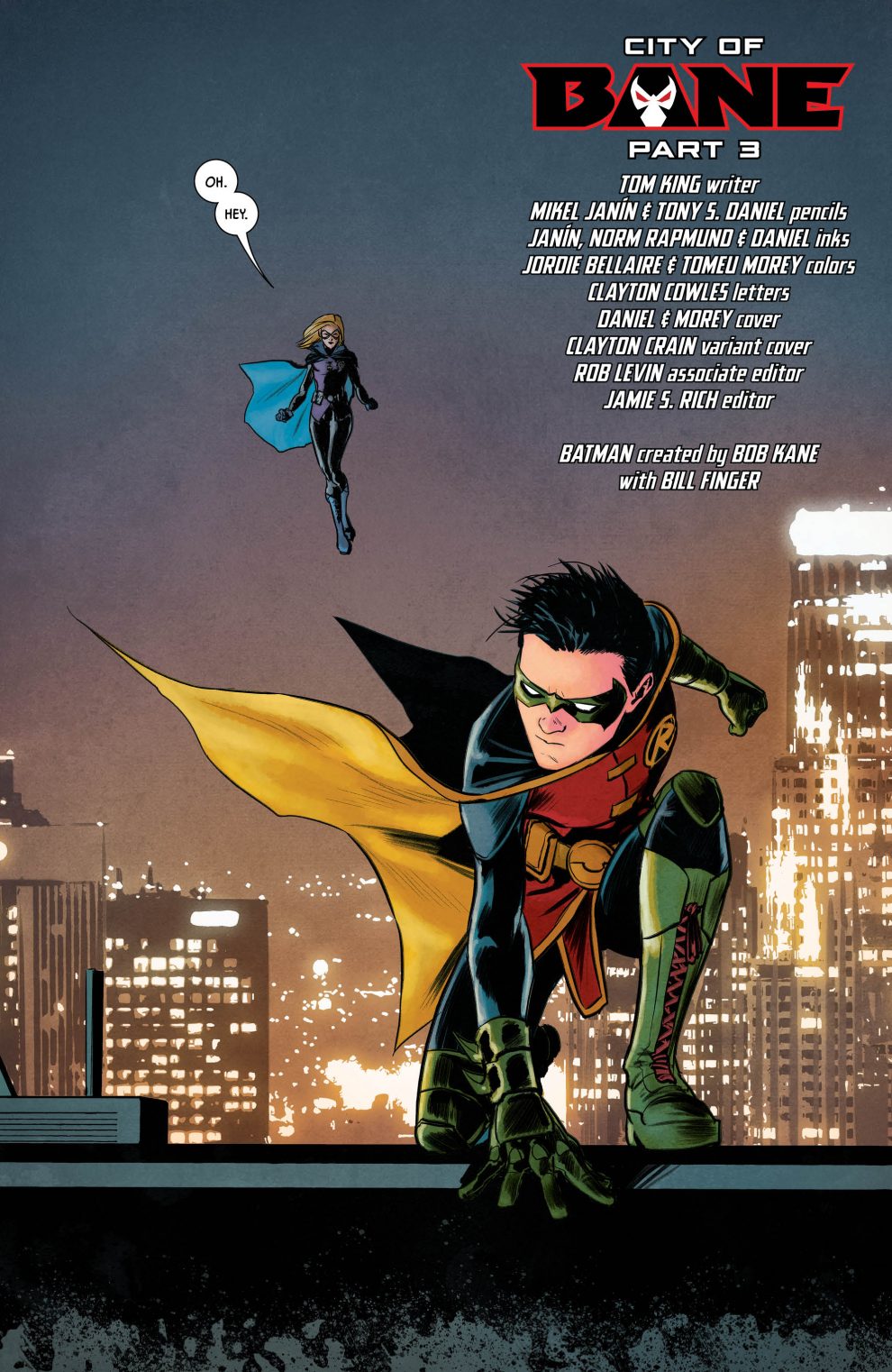 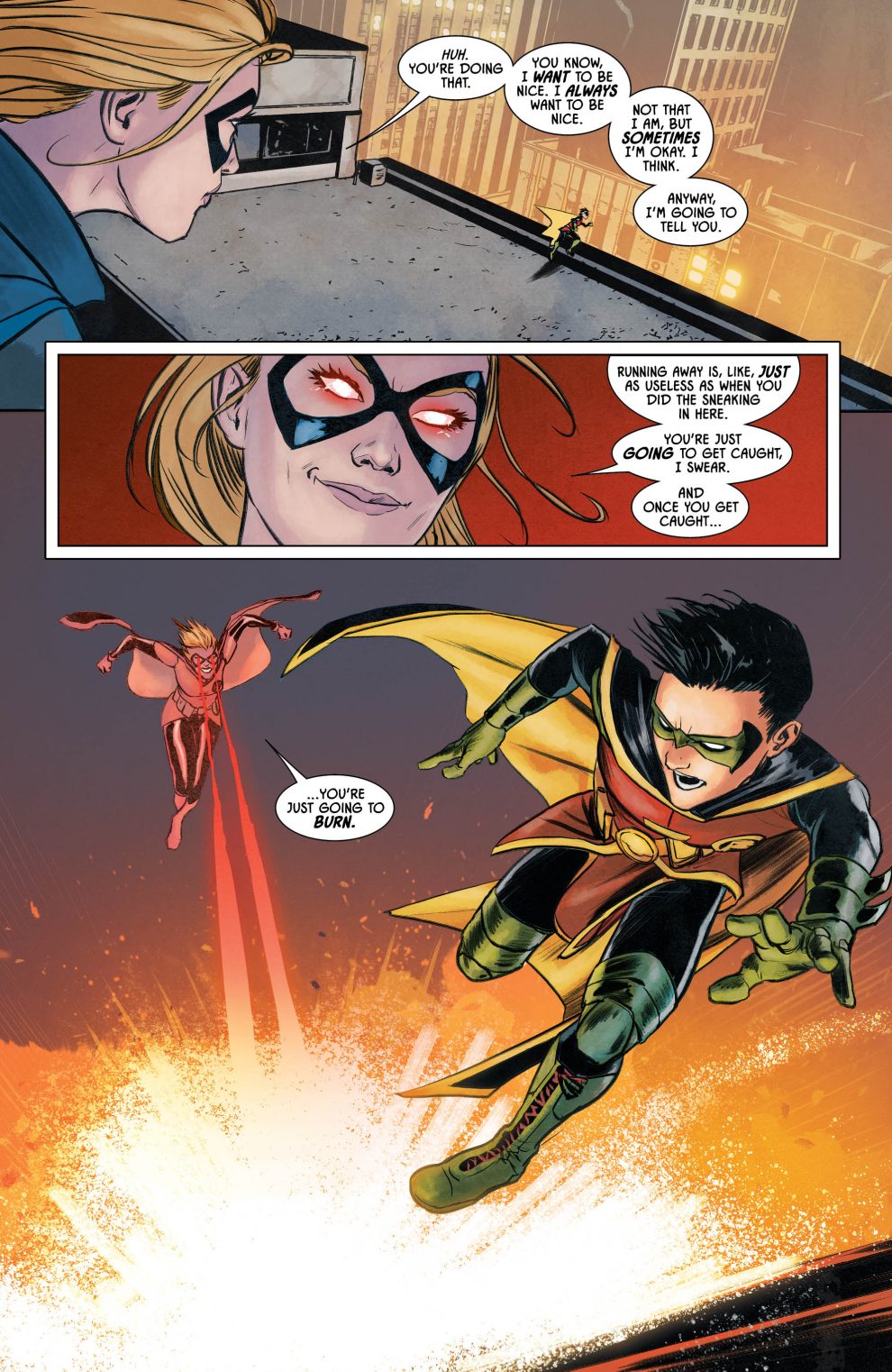 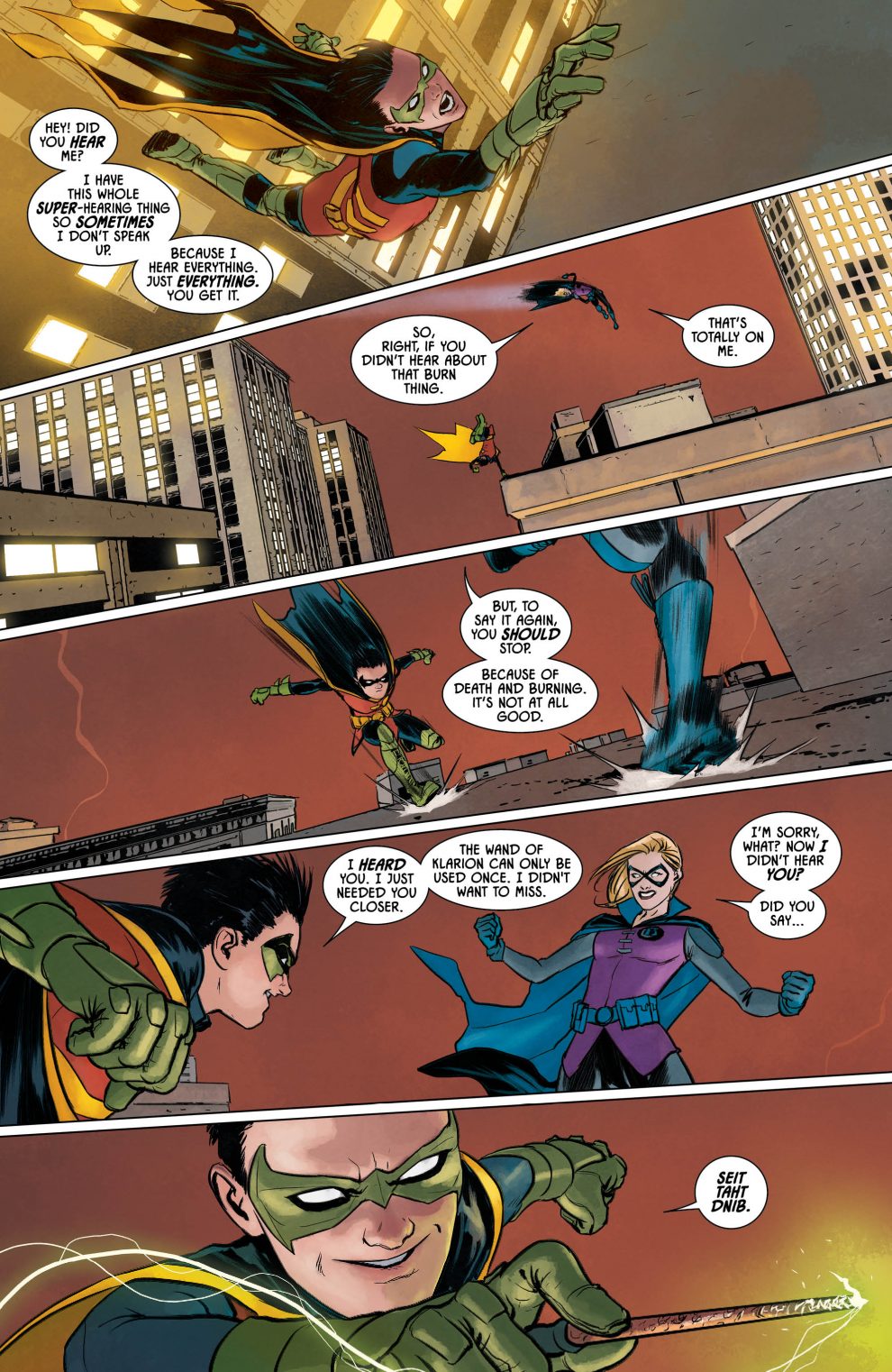 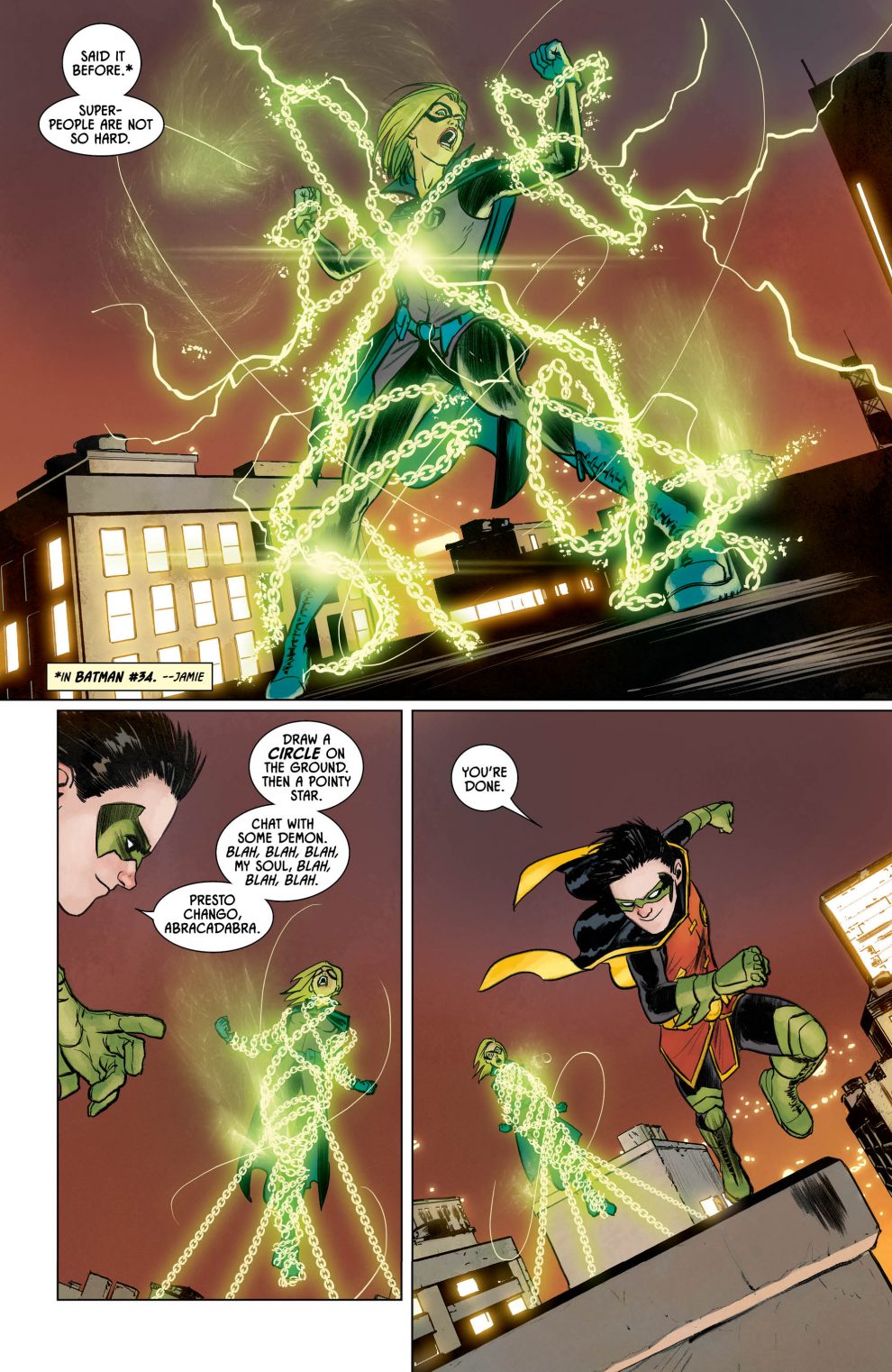 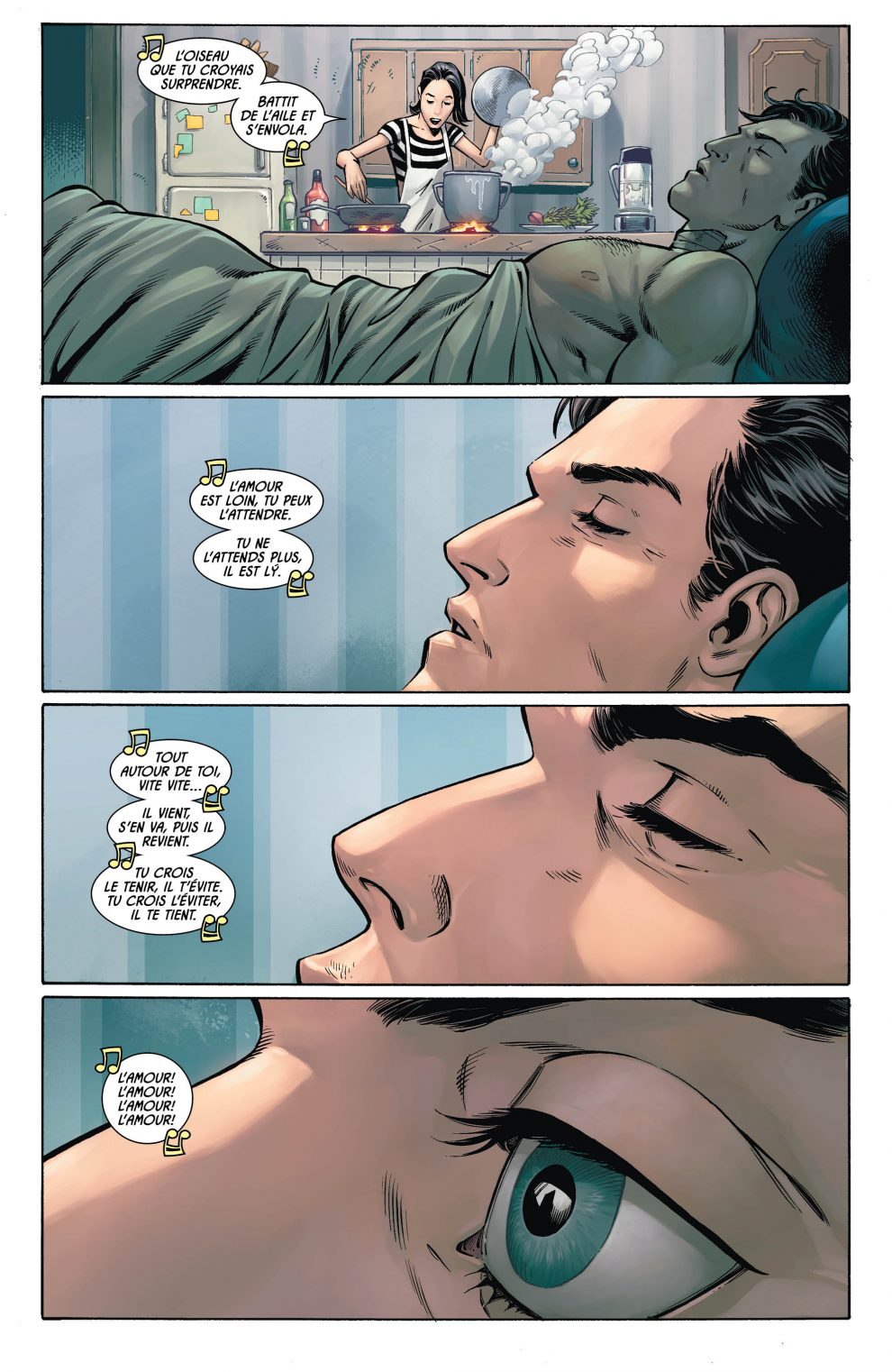 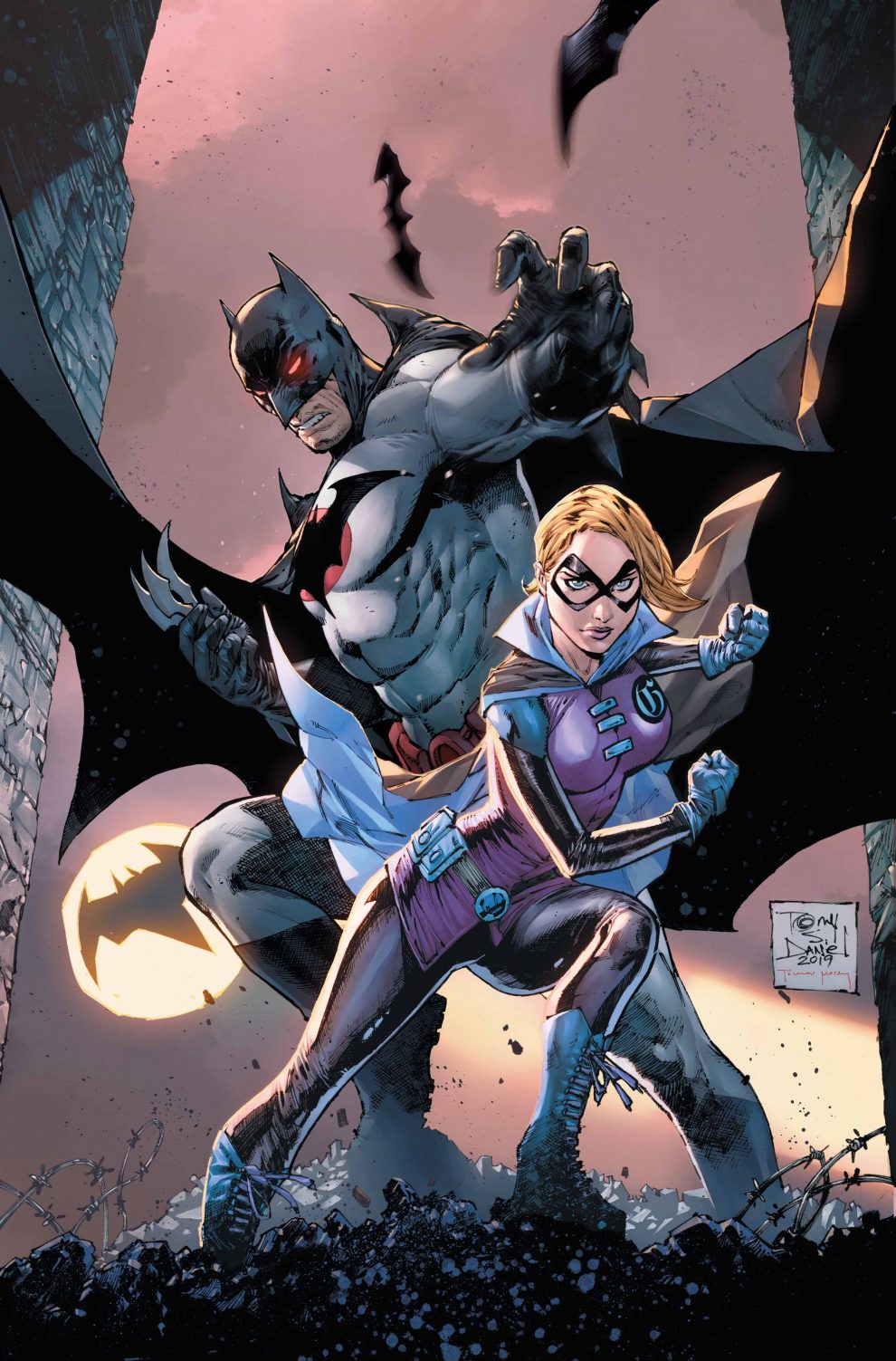 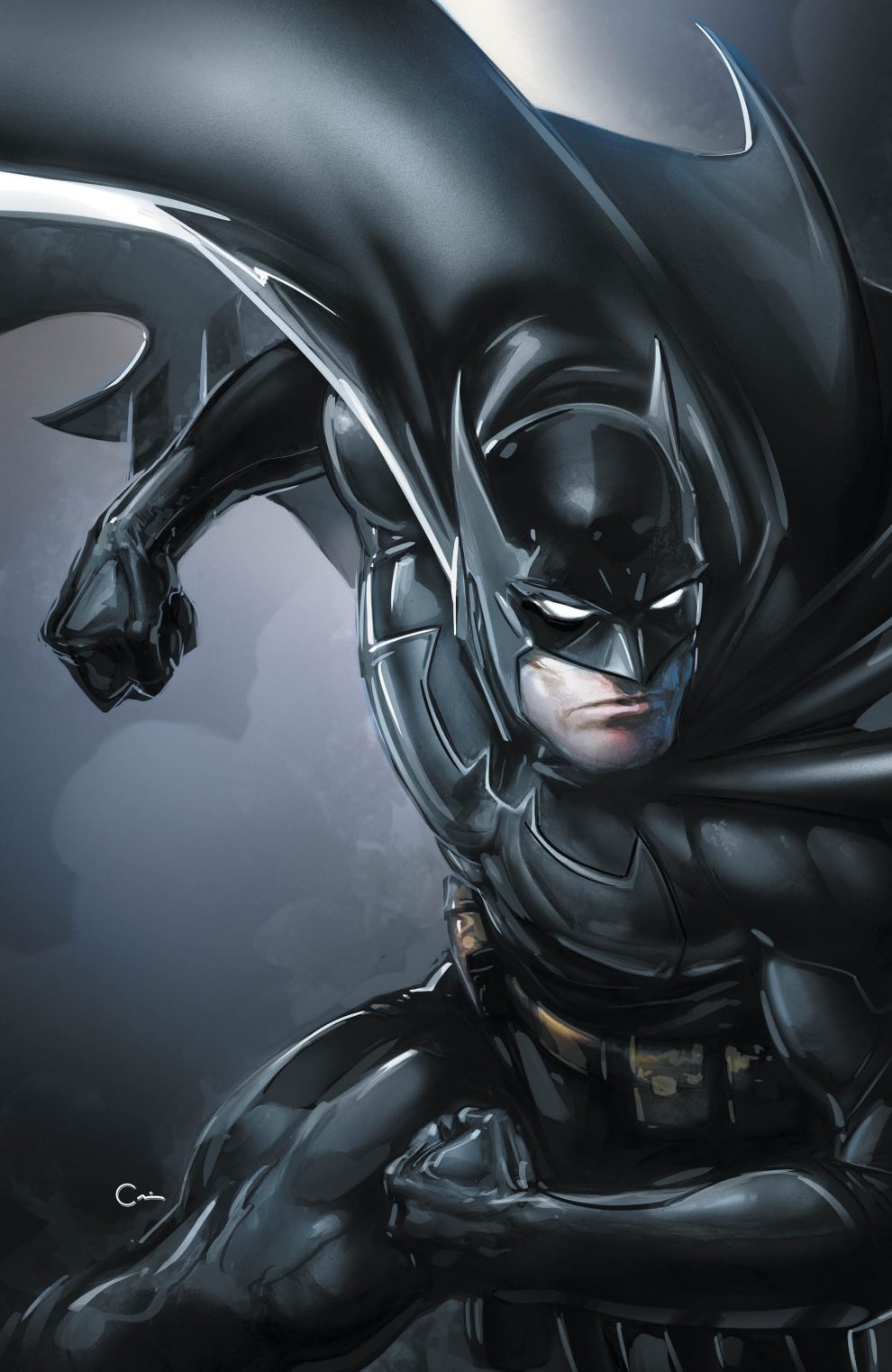 Equally thrilling and tense is the meeting of Damian and his grandfather (albeit one from another timeline). The ultimate reticence of Thomas to engage physically with his descendant is fascinating. Despite his evil intentions, there's something within the man that makes him not want to hurt his own family, unless pushed to the point where there's no other option. I wonder if this is something that will become a weakness as the story continues.

King has proven himself to be a master at the long game, dropping crumbs of clues as he goes, so it would be of no surprise to me if we got a moment moving forward where Bruce exploits those familial ties to turn the tables on his opponents.

Speaking of Bruce, his road to recovery and revenge really takes shape this week. Still convalescing in Paris with Selina, his resolve and willingness to give his life to save his city are very much hardened. The next issue promises to deliver a huge confrontation in one form or another.

The Bat and Cat are very much back on the same page! With issue 78 being teased with the caption "Back in The Fight", it appears that there will be hell to pay for all that stand in their way. The framing of the two characters in the final panel of the book is excellent. Part menacing, part affectionate and definitely part "game on", it whets the appetite for the coming weeks in a huge way.

Headlines have been garnered with the apparent demise of a much loved and longstanding character within this issue at the hands of Bane. No spoilers here regarding their identity and it remains to be seen if the death is genuine, or a trick played on both the audience and on Damian, the unwilling eye-witness to the incident. My own personal opinion is that there's more than meets the eye here, I think that King is toying with us, ahead of a much bigger pay off. If I'm wrong, then oh, my sweet saviour, what a seminal and heartbreaking moment in DC history!

Yet another top drawer issue from a run that's full of them. The action is thrilling and rendered beautifully with visceral, eye-catching art. King's storytelling is as absorbing and must see as always, as the events of the sprawling, epic arc come together in a hugely satisfying pay off.

My only complaint? I have to wait 2 weeks for the next instalment!