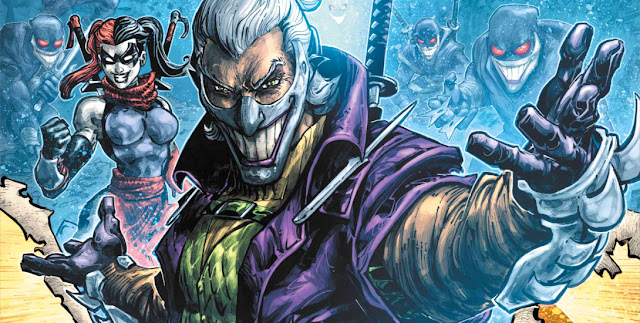 "Crisis In A Half Shell" - Part Four 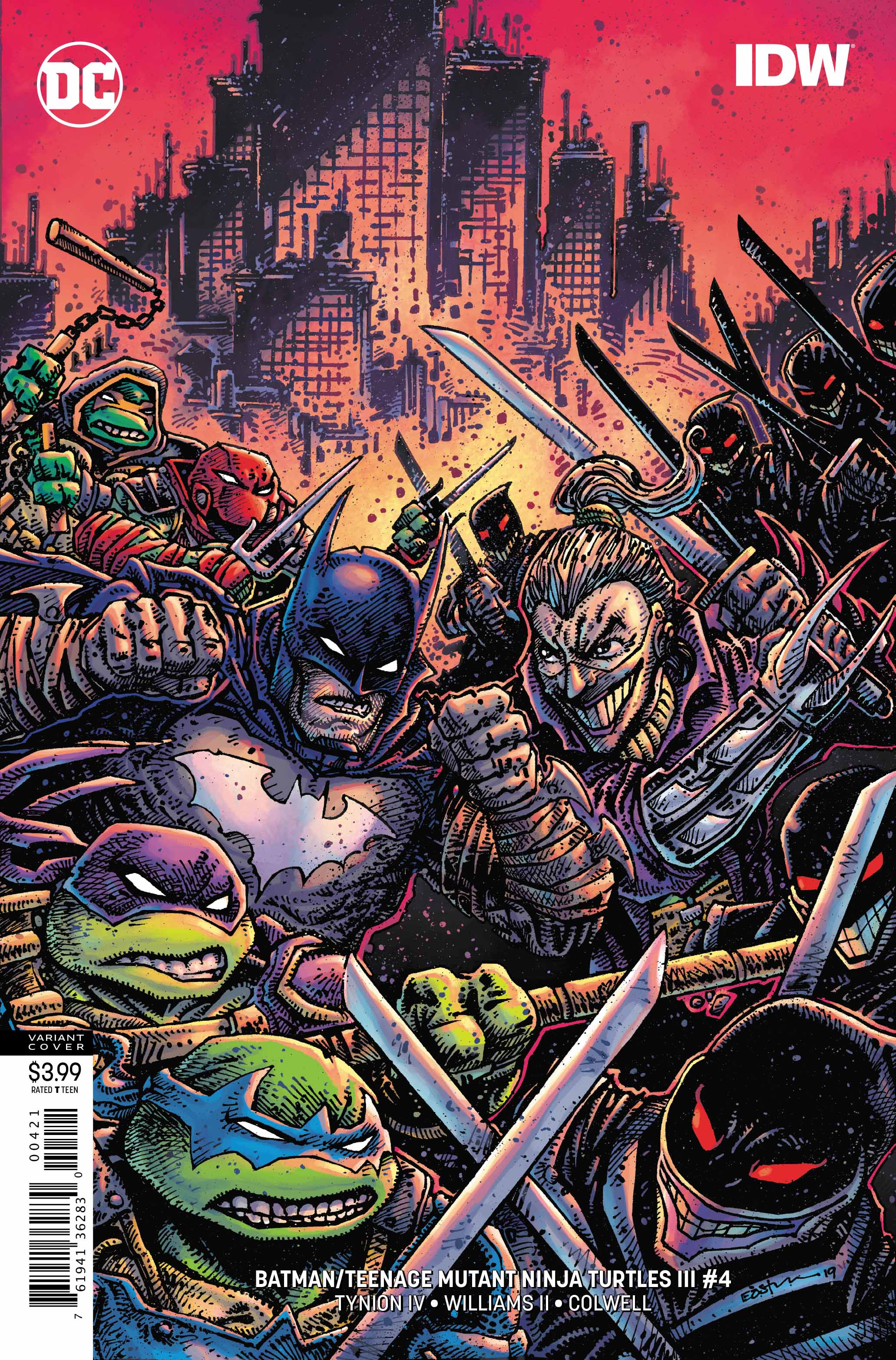 I don’t know if DC Comics are just putting out truckloads of excellent titles these days, or if I’ve just got the best comics landing in my cloud drive every week. Whatever the case, Batman/Teenage Mutant Ninja Turtles III #4 is batting 100, as it continues the white knuckle ride that began in issue #1. Balancing humor, thrills and action with a clever plot and engaging characters is hard enough, but adding a cosmic threat and two universes gone wrong, ups the ante to nerve shredding levels. James Tynion IV keeps delivering vintage comics, delivered in a 21st Century style… and I’m loving every second.
Thrills, spills and just plain fun; this series, and this issue, has it all. Several characters remember their true histories this week, and one in particular doesn’t take the news very well. If ever there was a case of “be careful what you wish for”, this could be it. 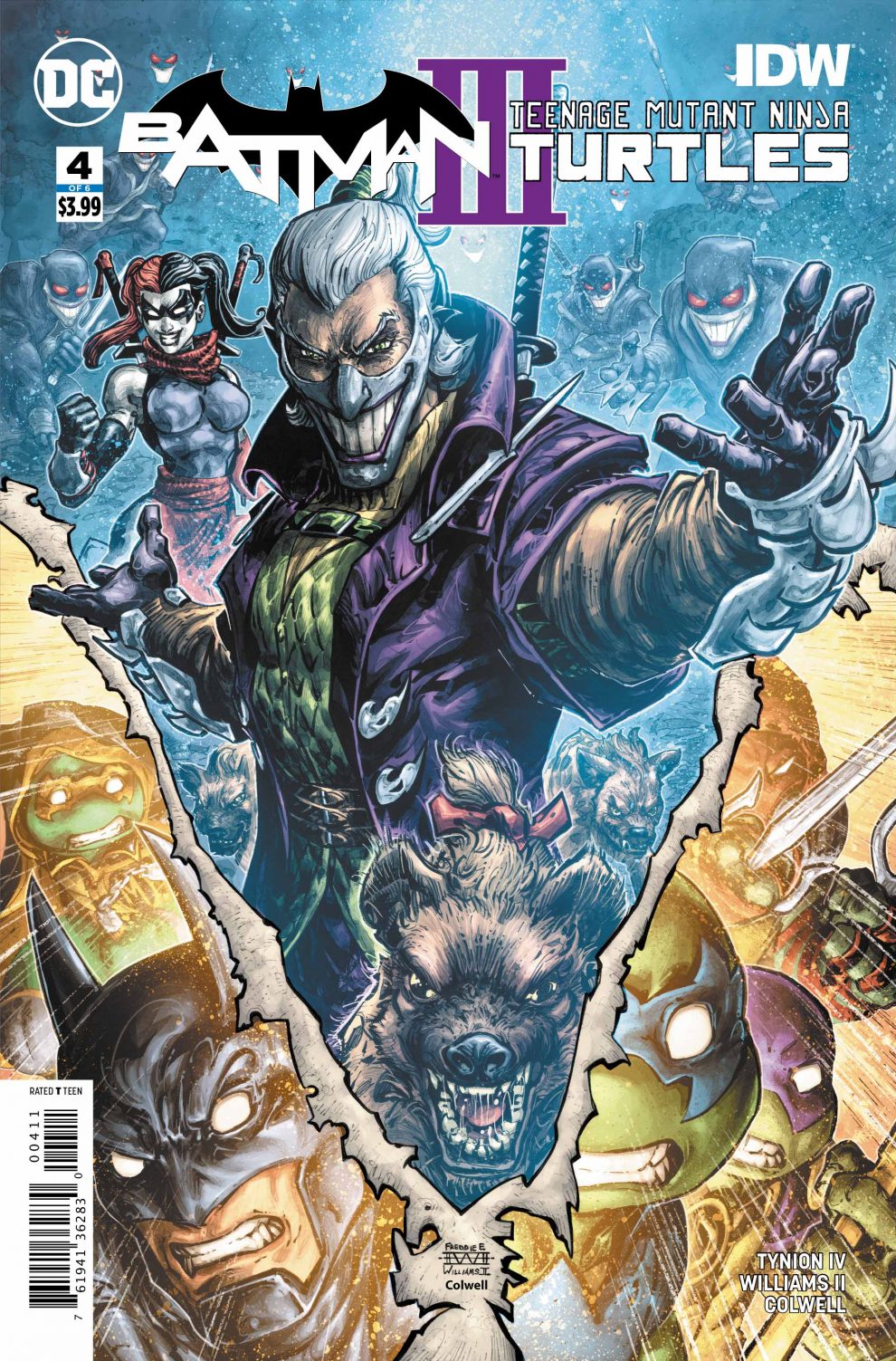 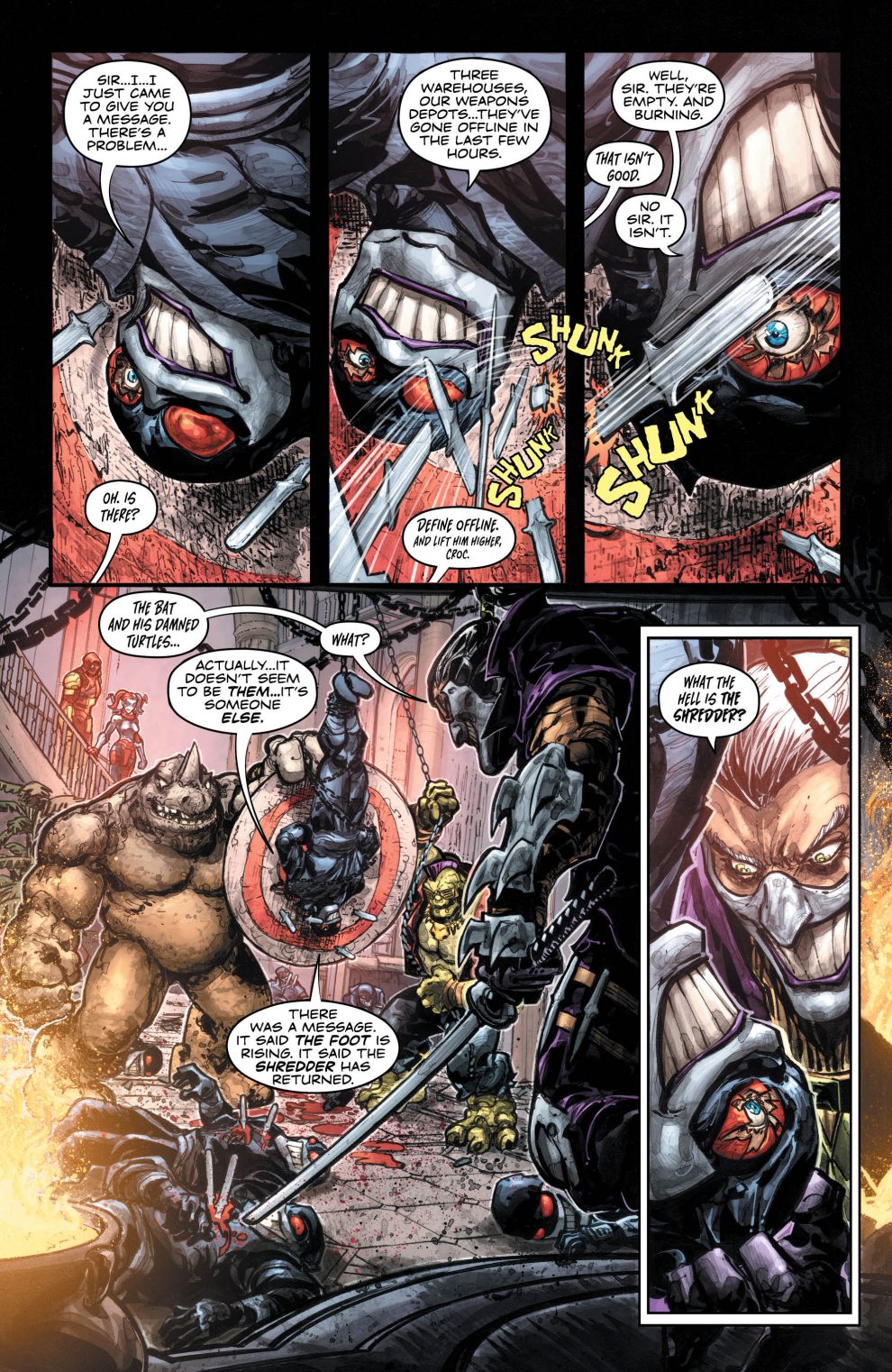 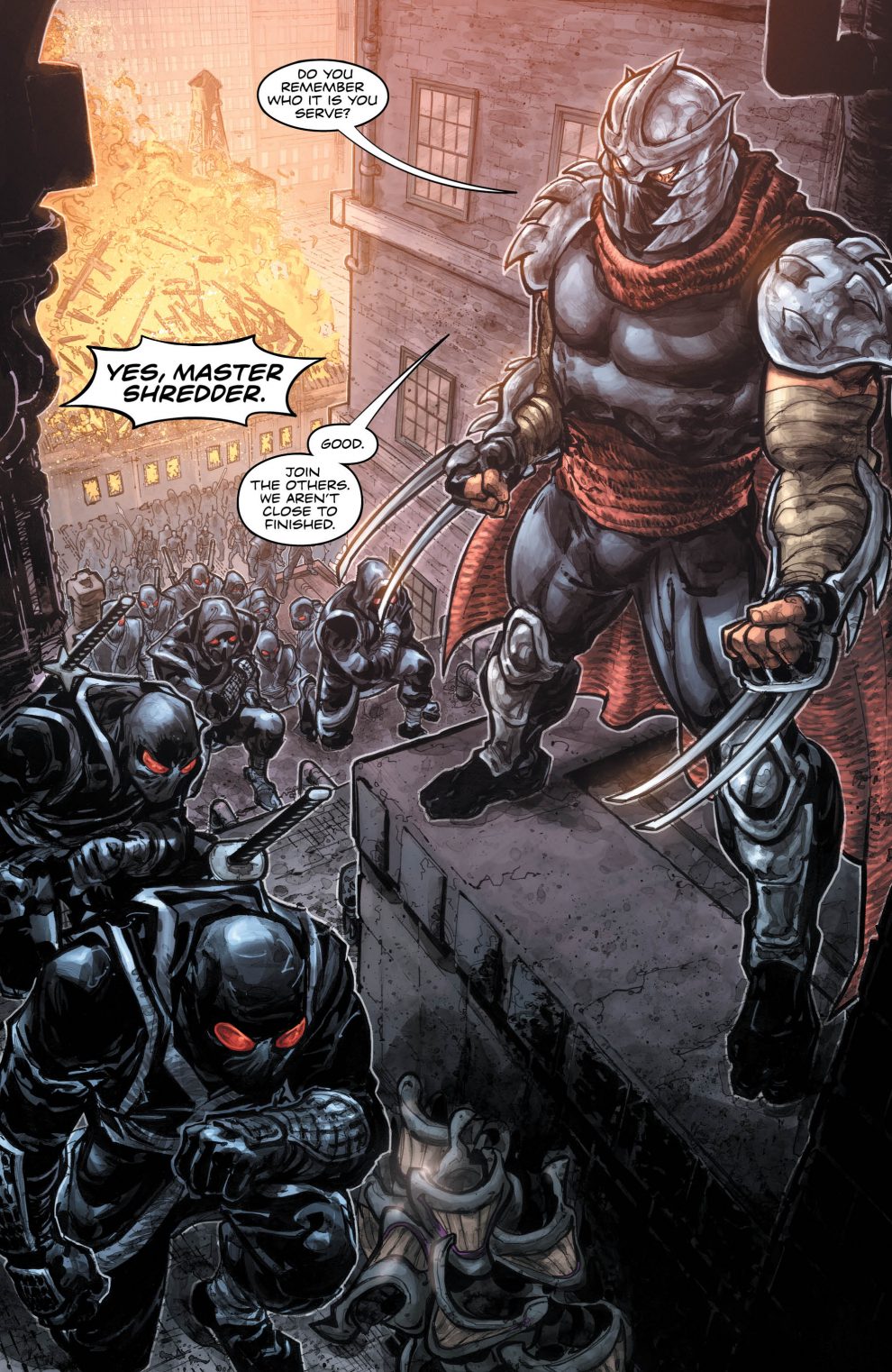 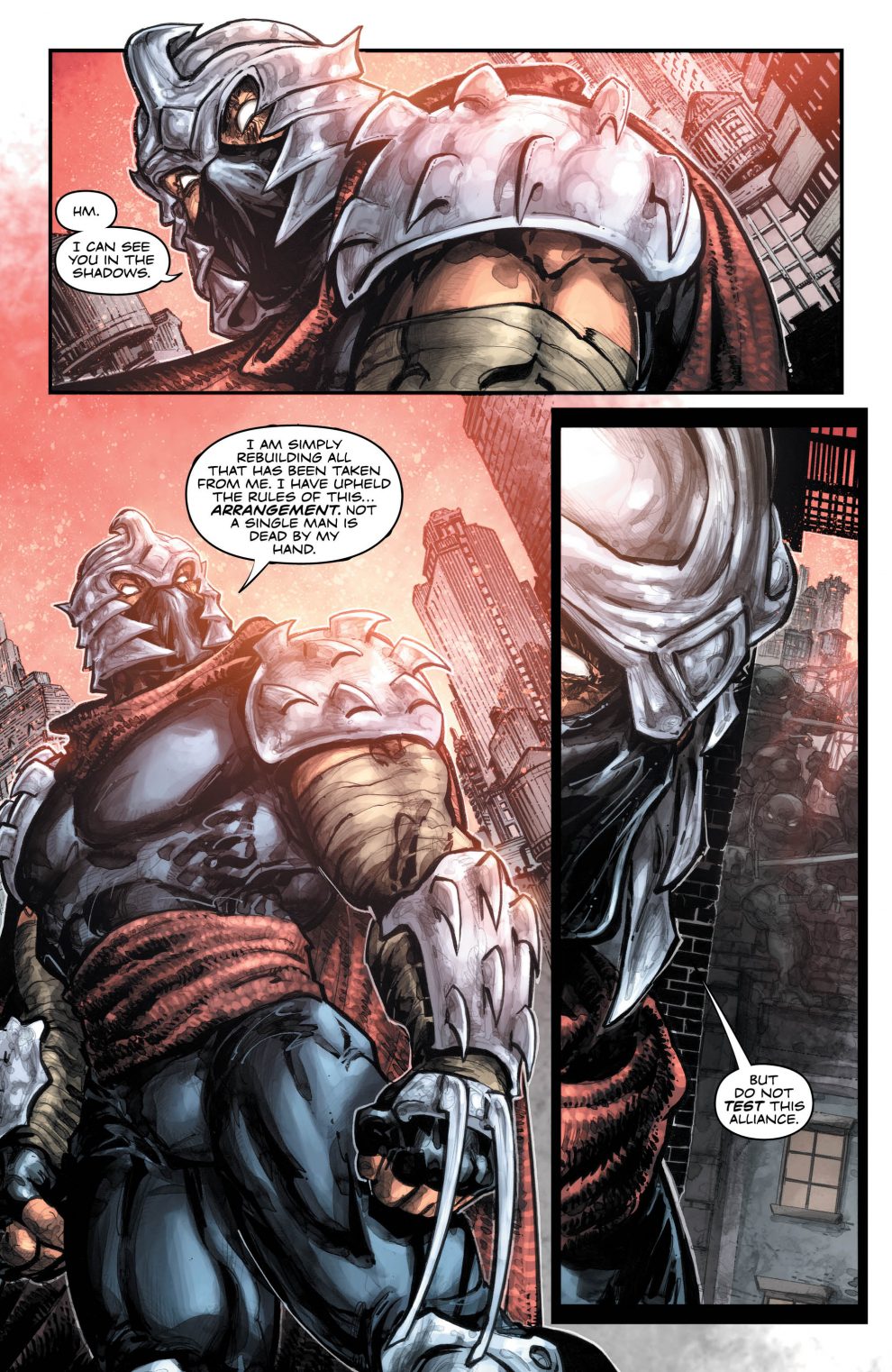 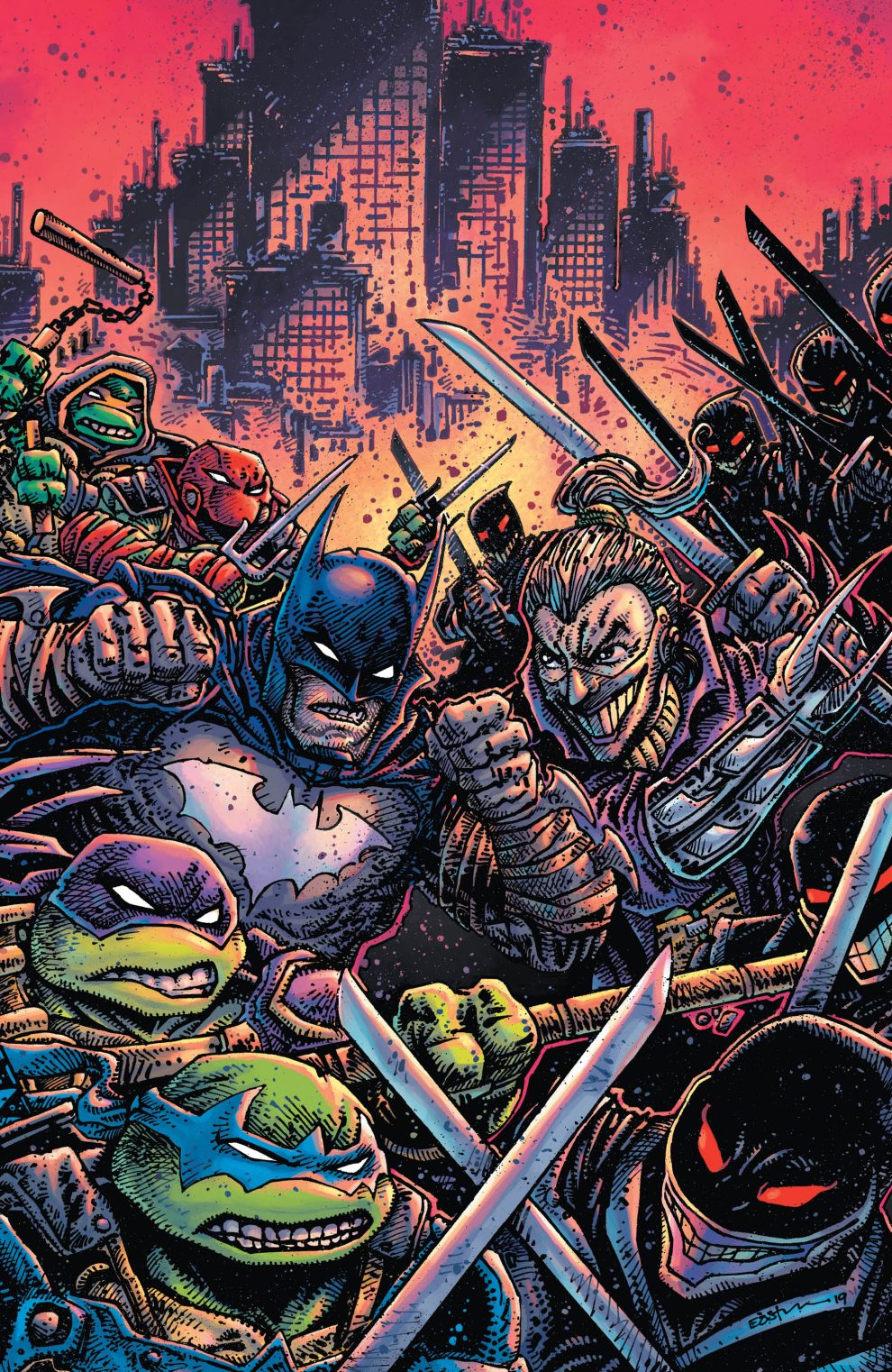 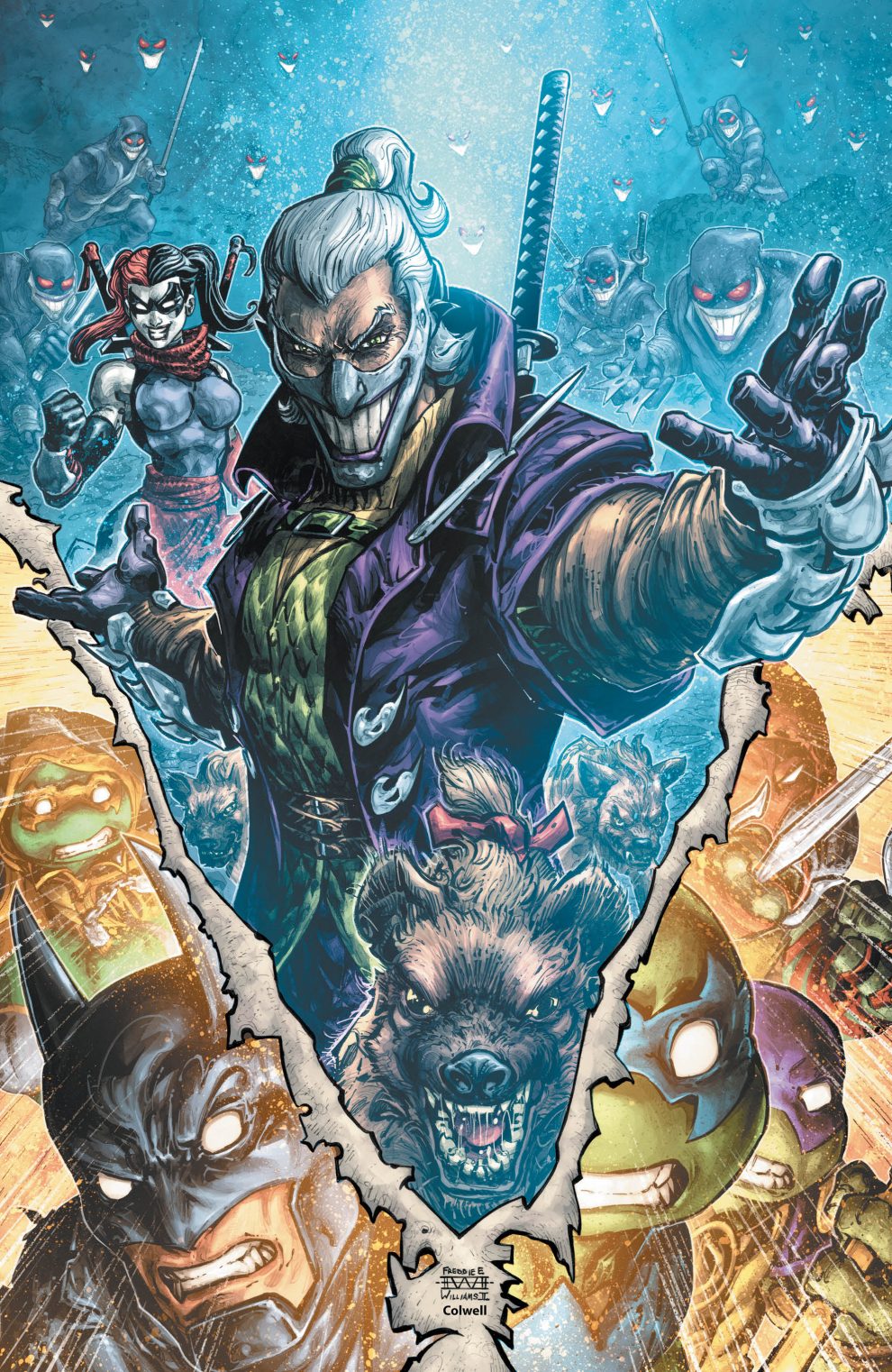 The art by Freddie E. Williams II and color by Jeremy Colwell doesn’t hurt either. This series doesn’t look like anything else on the shelves. Yes, this is Batman, yes these are the Turtles, but Williams is an incredible artists who seems to combine all the styles from past decades, and then fuses them with something brand new.
I’ve got several Eastman and Laird originals, as well as the colorized collections, but I always preferred the Turtles in black & white… until now. Jeremy Colwell’s colors over Freddie Williams’ line art are gorgeous. The re-imagining of both the Dark Knight and the Heroes In A Half Shell, and their respective rogues galleries, has been a total knockout.
Lest we forget, we also have a legendary letterer in our ranks, in the form of Tom Napolitano. This talented artist has seamlessly melded what looks like the hand-lettering of the Mirage Studios comics of yore, with the crisp, clean, modern computer fonts of today.

Cop Casey Jones, Batman with a family, Sai, Bo-Sticks and Shuriken. What’s not to love about Batman/Teenage Mutant Ninja Turtles III #4? While I really did miss the mind-boggling monochrome inserts from Turtles co-creator Kevin Eastman this month, this series is still on fire. Krang’s gone cosmic, the Joker’s gone ballistic and Batman’s gone domestic.
I’m hooked.