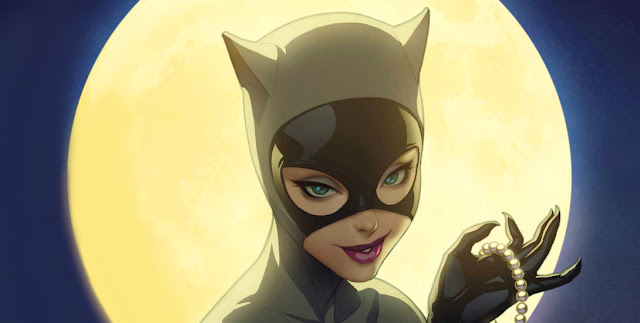 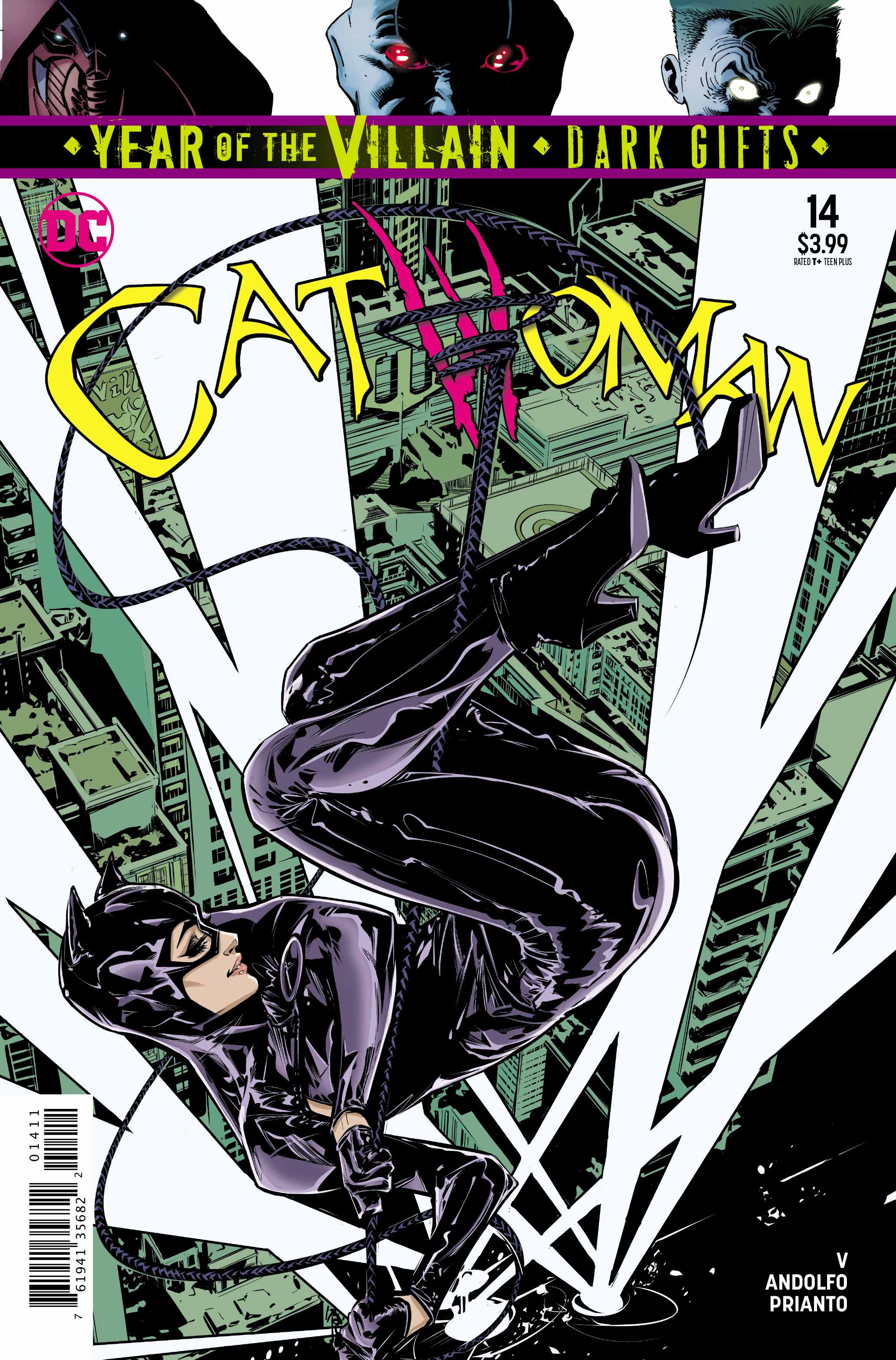 Review by Adam Ray
Catwoman #14 sets the series in a whole new direction. Up until this point we’d been following an ongoing, mystical story from Joëlle Jones. This title isn’t afraid to explore what other creative teams can bring to the table.
This story is the first chapter of a new arc. The look and tone are immediately different from what had come before, and it’s almost a shock. It’s a welcome change though, as the events in the issue keep us confident that we still know the score. We’re just getting a little something new into keep us on our toes.
The issue begins with some of the questions that have been on everyone’s mind. It’s a done thing in a lot of stories, to have a moment of tension that pulls readers in. We start off with two strong female characters sadly failing the Bechdel test, but going through a vast range of emotions. 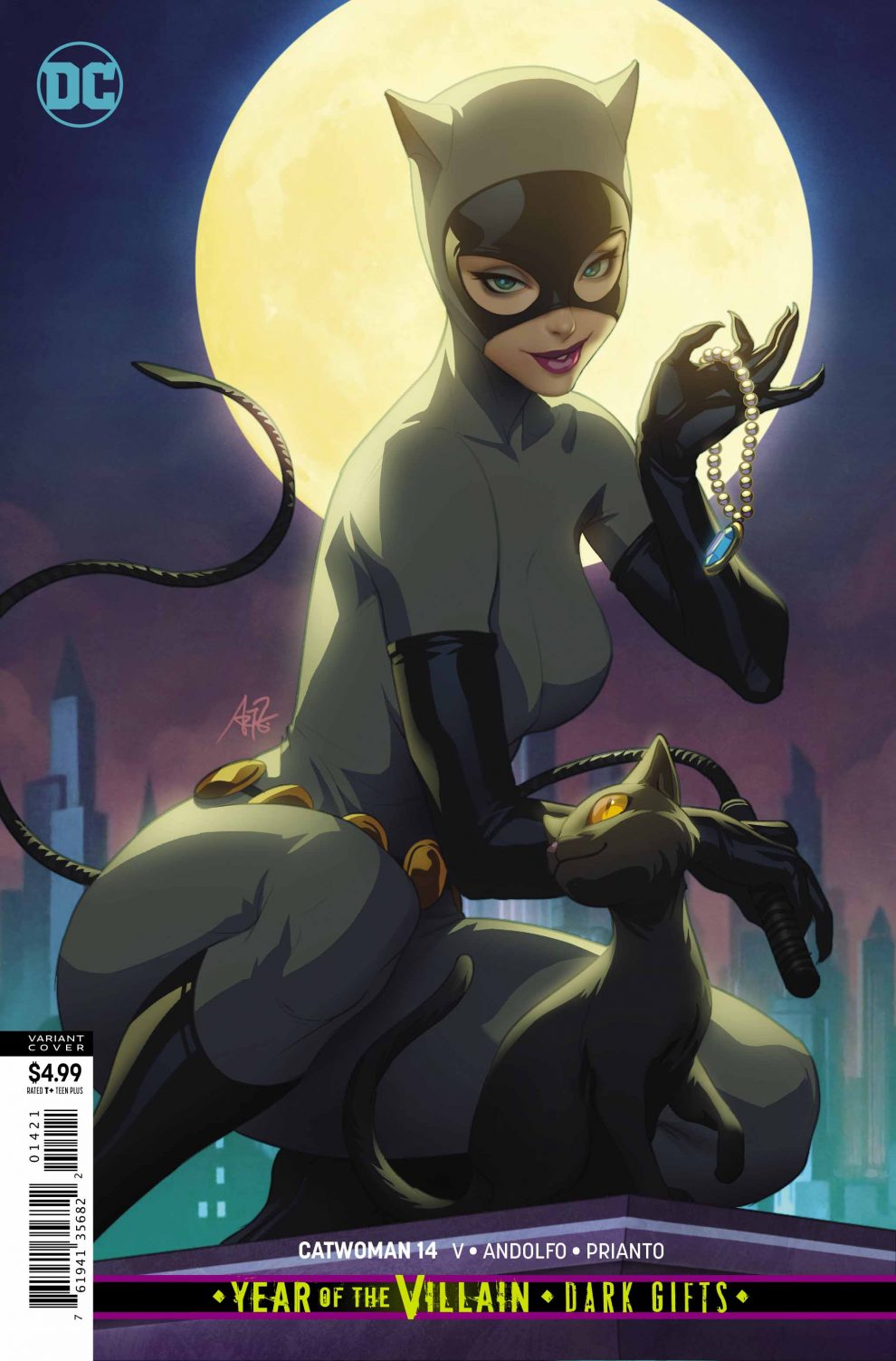 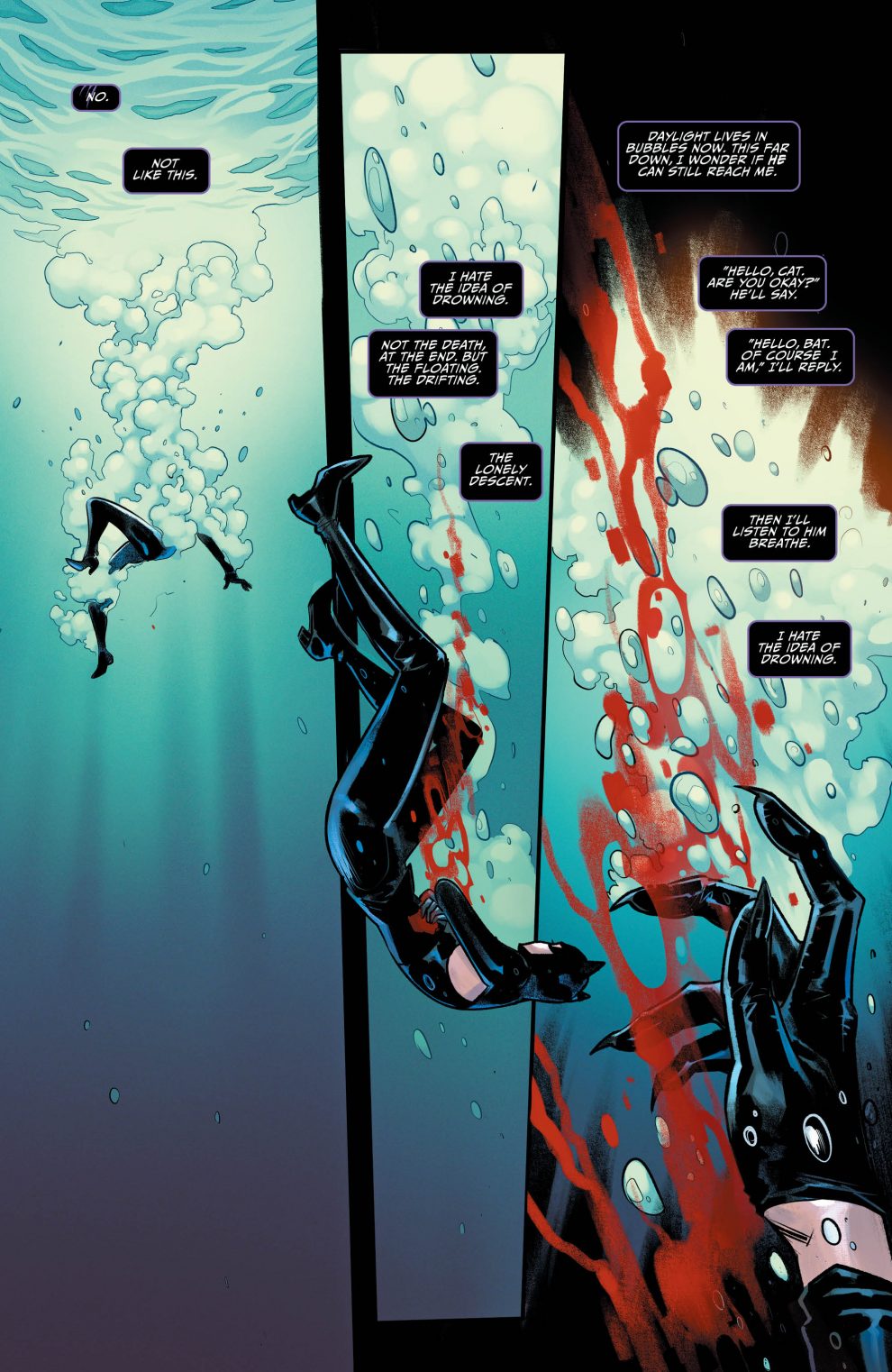 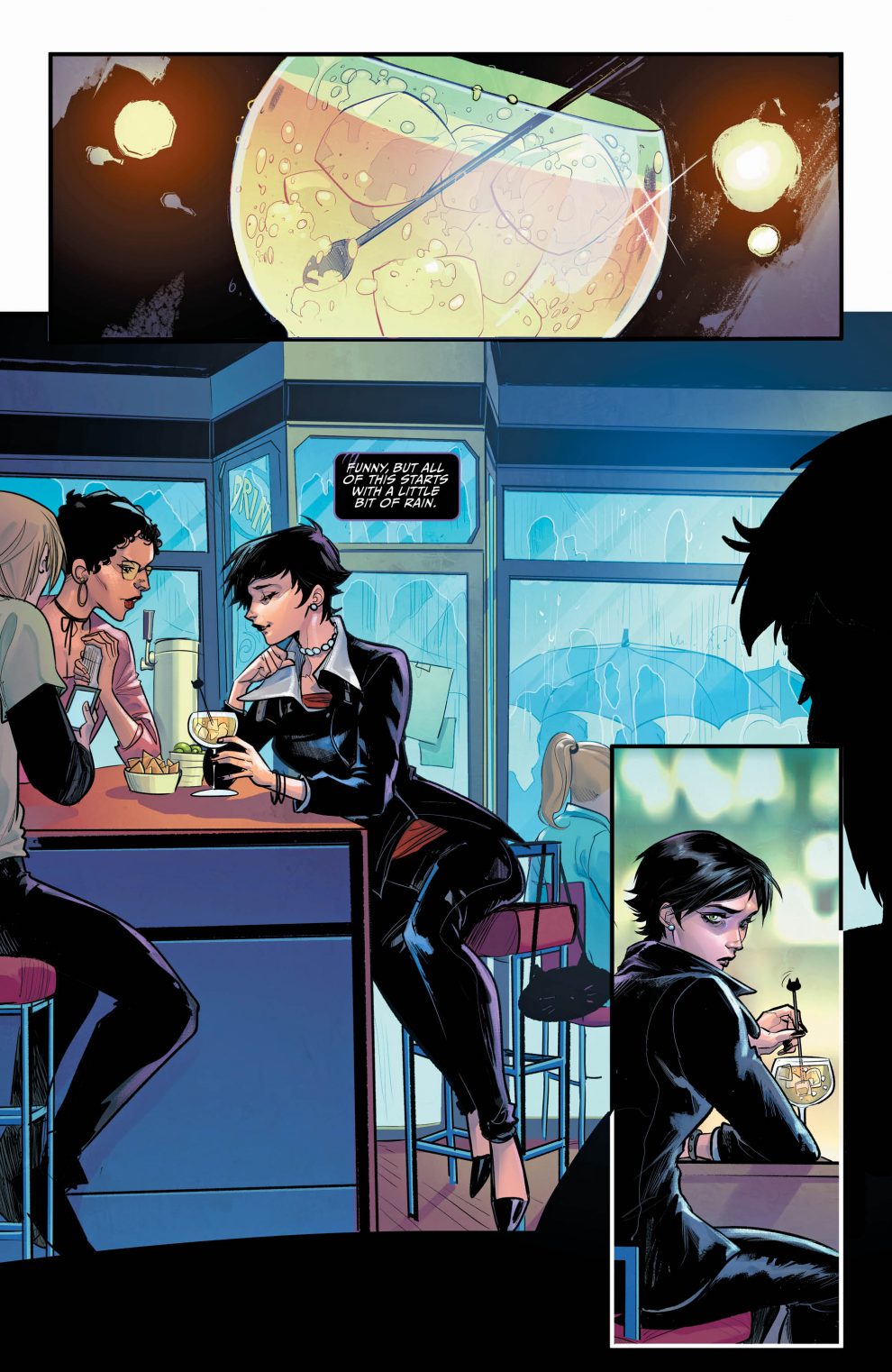 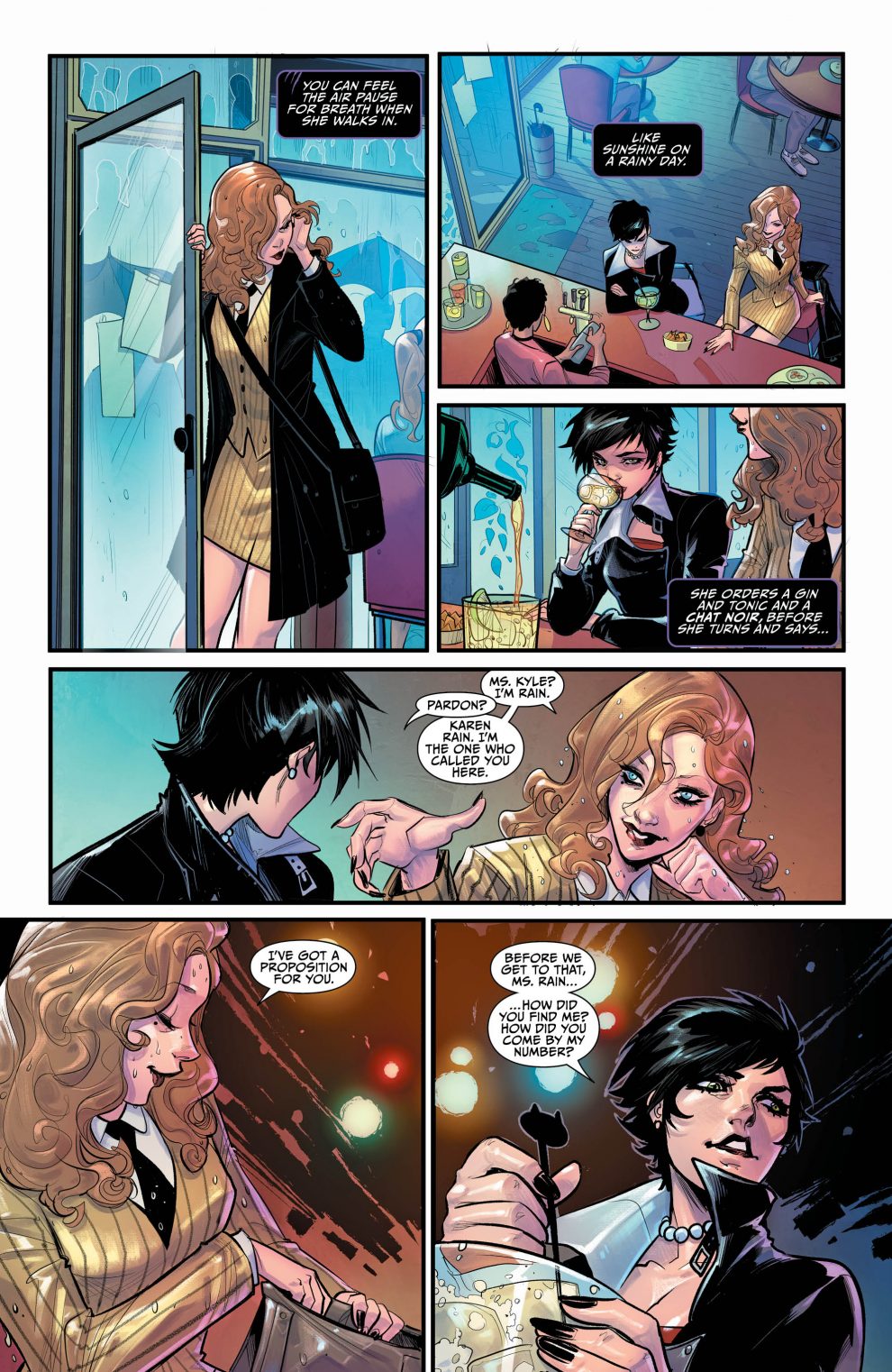 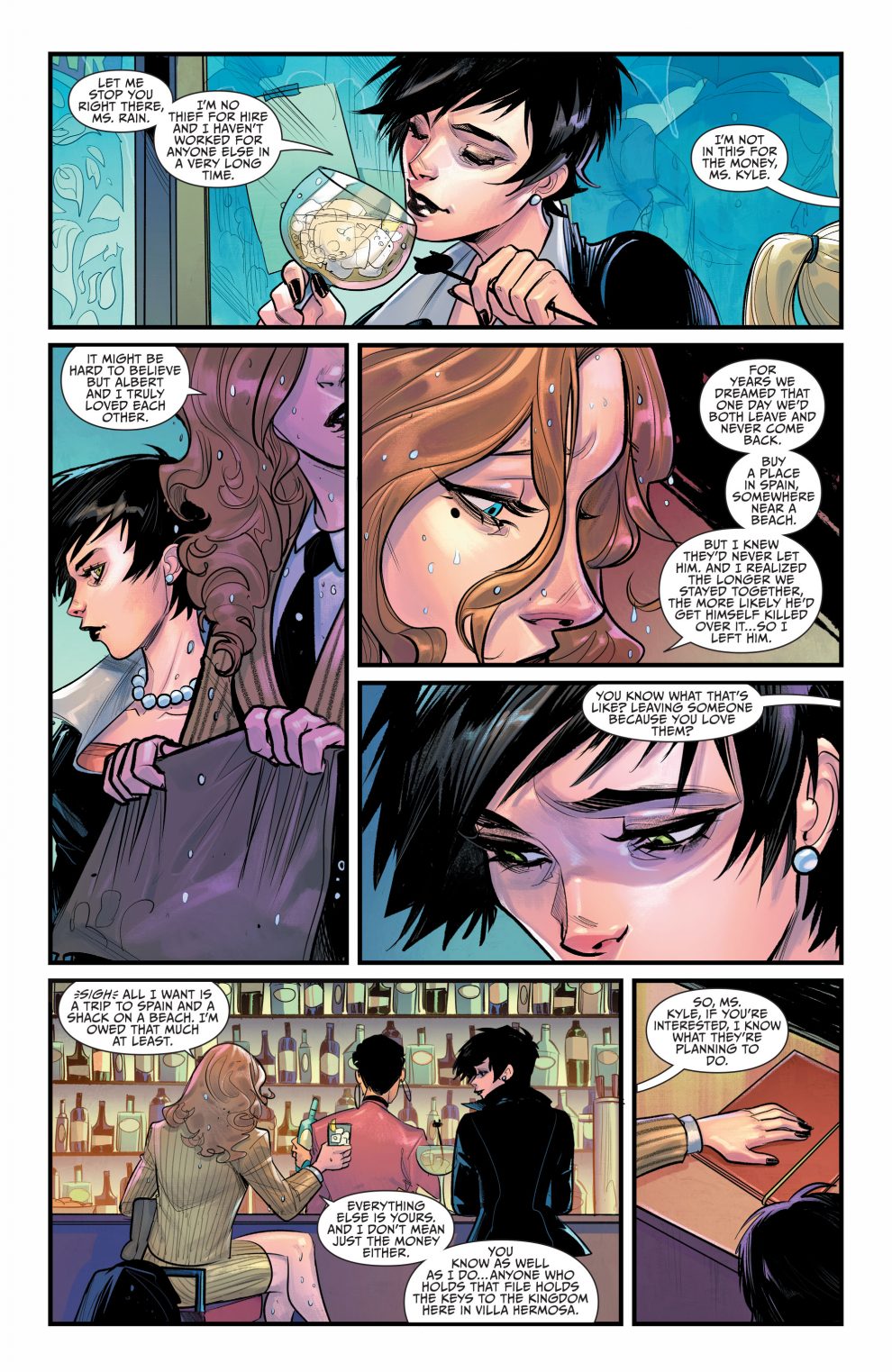 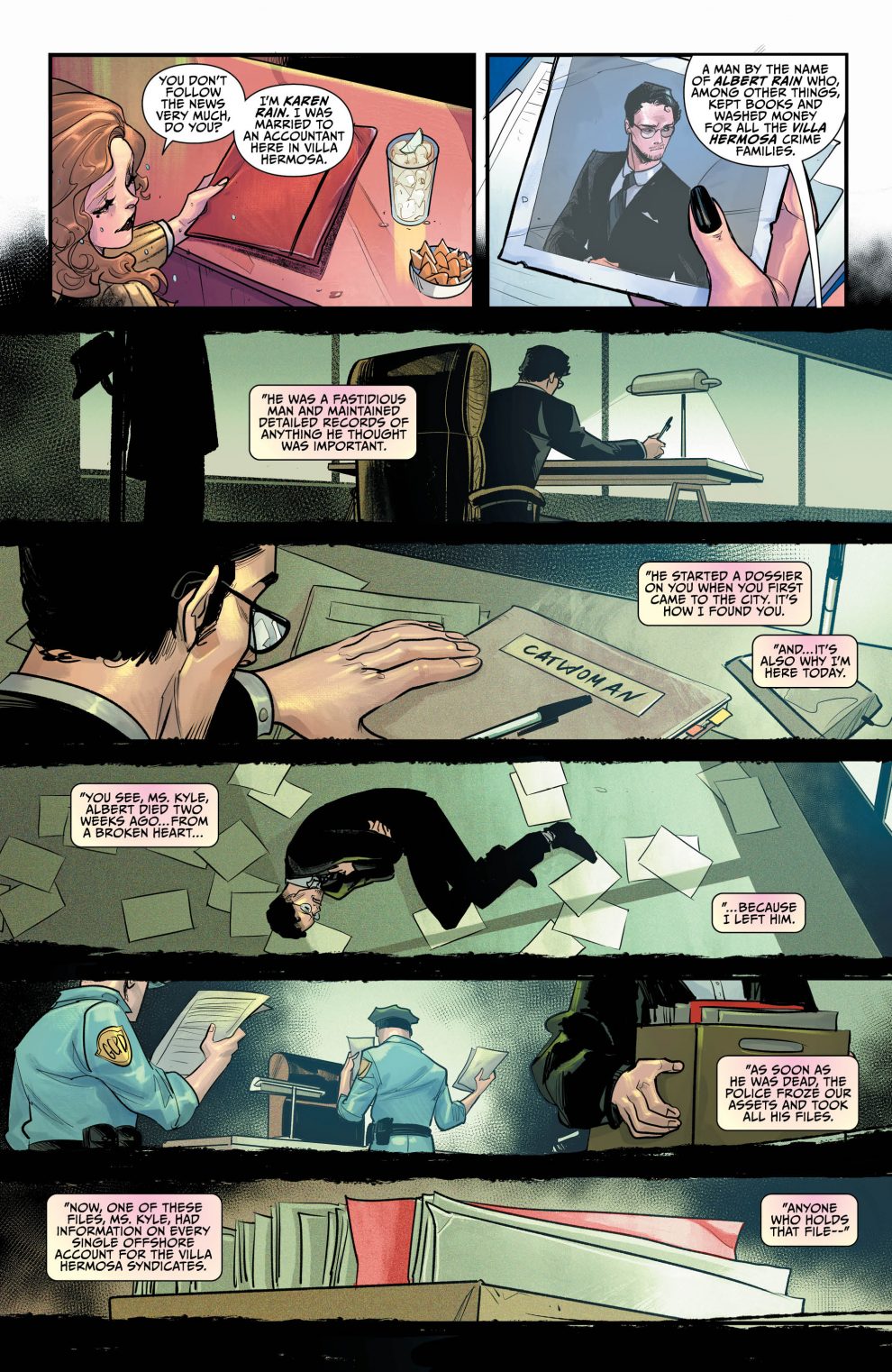 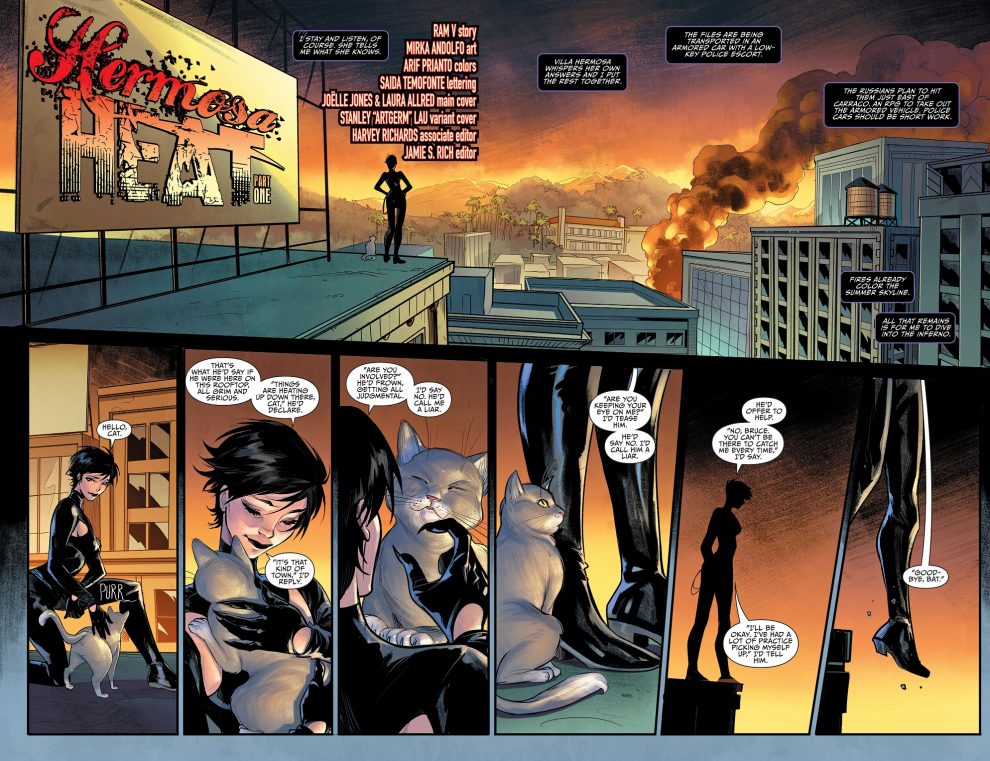 What interests me more is how this new writing team would handle Catwoman’s emotional state. For the first time in the series’ run, she’s thinking about Batman again. She misses him, which is natural. I guess in the past issues, she’s been too busy with the Creels to stop and let herself miss her former fiance.
At the same time, a beautiful woman enters the scene to soak to our heroine. The way Selina says she’s “sunshine on a rainy day”  or “how the air pauses”, or takes the effort to notice the newcomer’s order. That’s too detailed for an observer watching a stranger. Perhaps I’m wishfully putting a romantic agenda onto something, as what may have been a little crush quickly evaporates.
We follow Selina’s sudden drive to figure out what’s been laid out at her feet. I don’t want to call it a quest, but it is. As the story progresses, we see the mess that’s been dipped into. It’s all made clear by one of my favourite, off-the-wall, and most bizarre characters in DC. I’ll let you be surprised by who, but their arrival perfectly explains the unique situation Catwoman has got herself in.

I think the hardest act to follow in Catwoman #14 was Joëlle Jones. It’s clear though that this new creative team knows Catwoman. Selina has already figured out the source of her troubles, and most of the coming issue will most likely show us how she confronts them. With all this, we have to wonder what she’ll do with what she now knows.
Stylish artwork and deep intrigue come together beautifully in this issue.