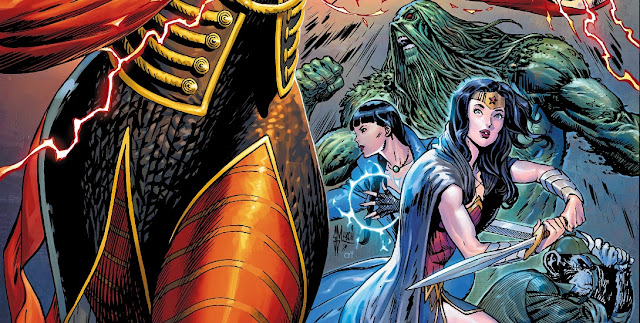 " The Witching War" - Part One 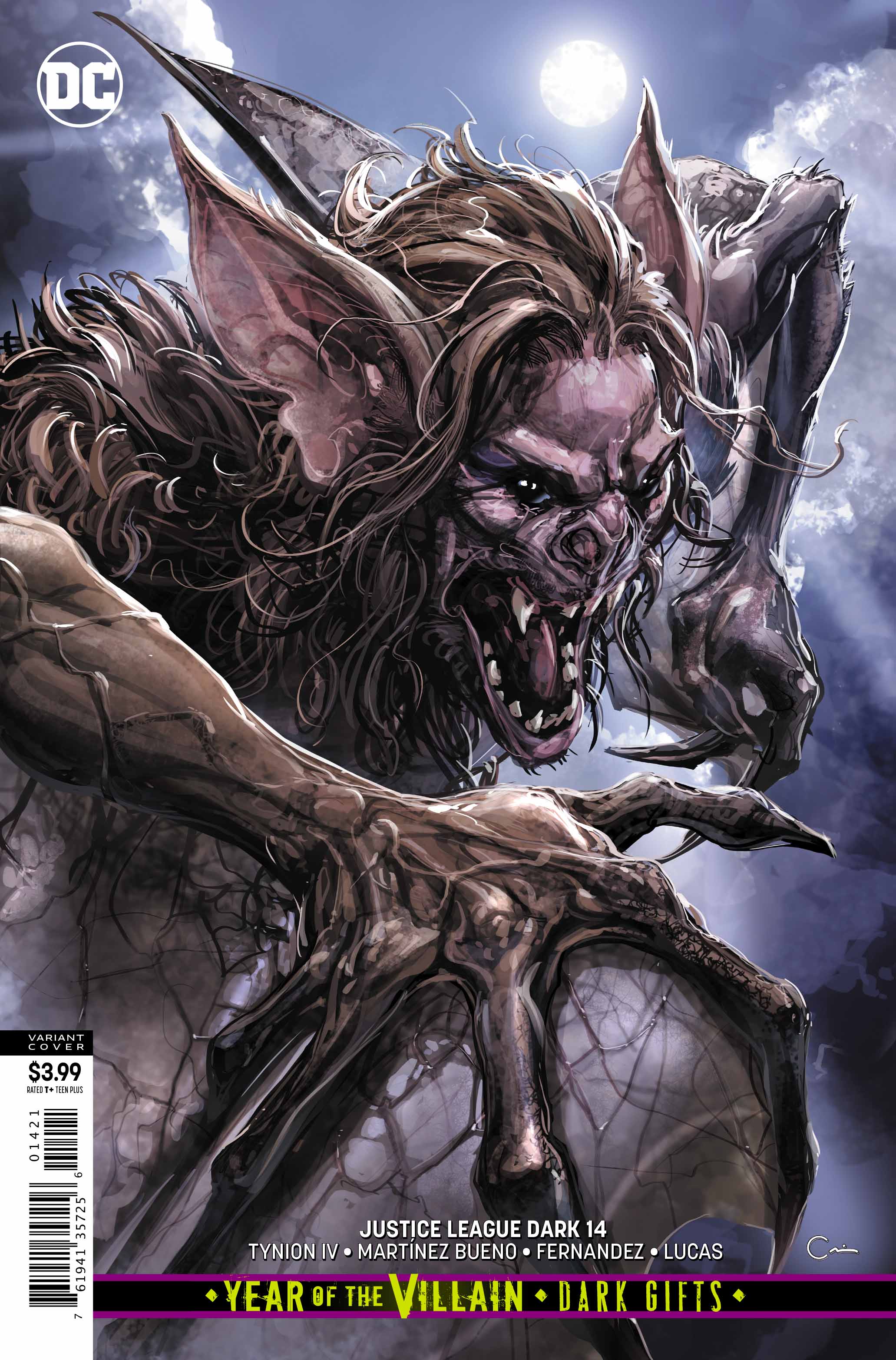 Oh boy, oh boy, oh boy… Justice League Dark #14 just pulled a This Is Spinal Tap on this series and spun the dial right up to 11. We get nightmare omens from a legend in flames, the scariest collection of dark magicians ever assembled and entirely too many #$$@ vampires!
Damn, I love this title!
The Spinal tap reference may be lost on many, but with vinyl currently enjoying a huge surge in popularity these days, I’m sure that everyone reading will know what I mean when I say that I must sound like a scratched record. I said it for years when this creative team was on Detective Comics, and for well over a year since they took over on Justice League Dark, but James Tynion IV, Álvaro Martínez Bueno and Raül Fernandez are my favorite team in comics right now. They just work so well together!
Yes, there have been a number of stellar guest artists on this book, like Daniel Sampere, Juan Albarran, Guillem March, Mark Buckingham, to name a few. All those artists are fantastic, and I’d gladly pick up any book they work on, but JLD belongs to Álvaro and Raül.
I’m not even going to single out one page or panel, feast your eyes on the delights supplied by DC Entertainment, then get your tushies down to your local comic-book store and BUY THIS SERIES. 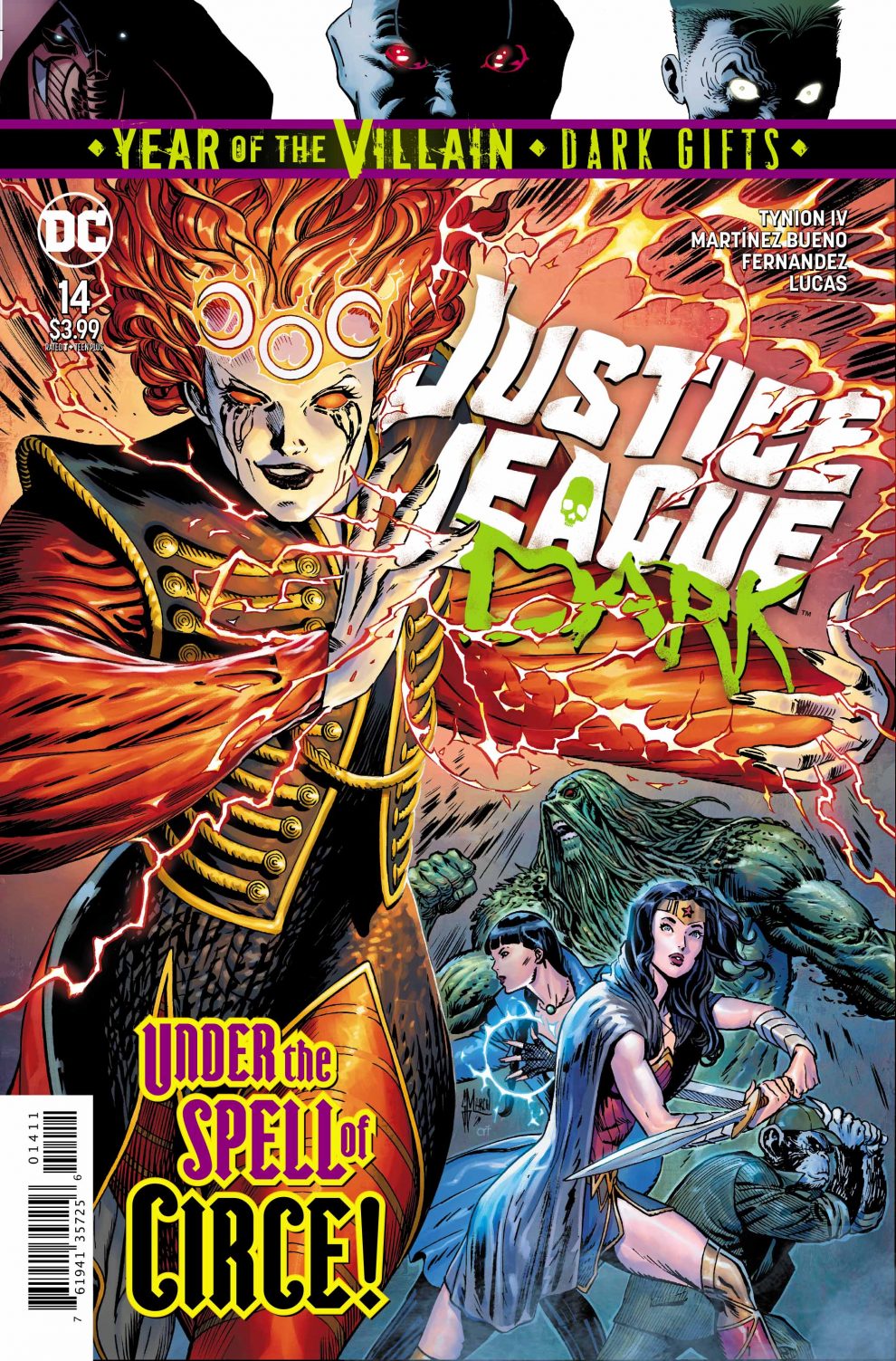 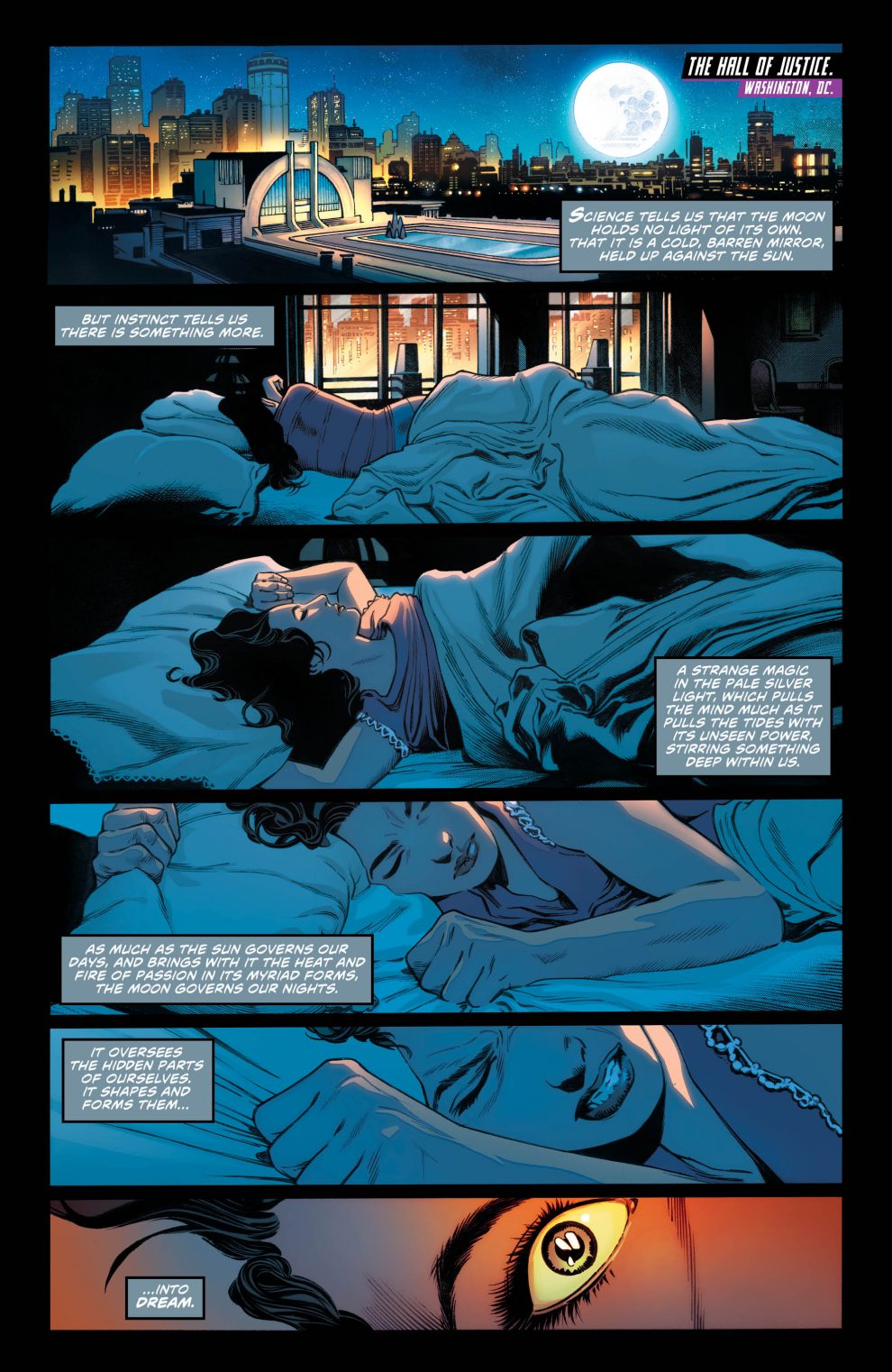 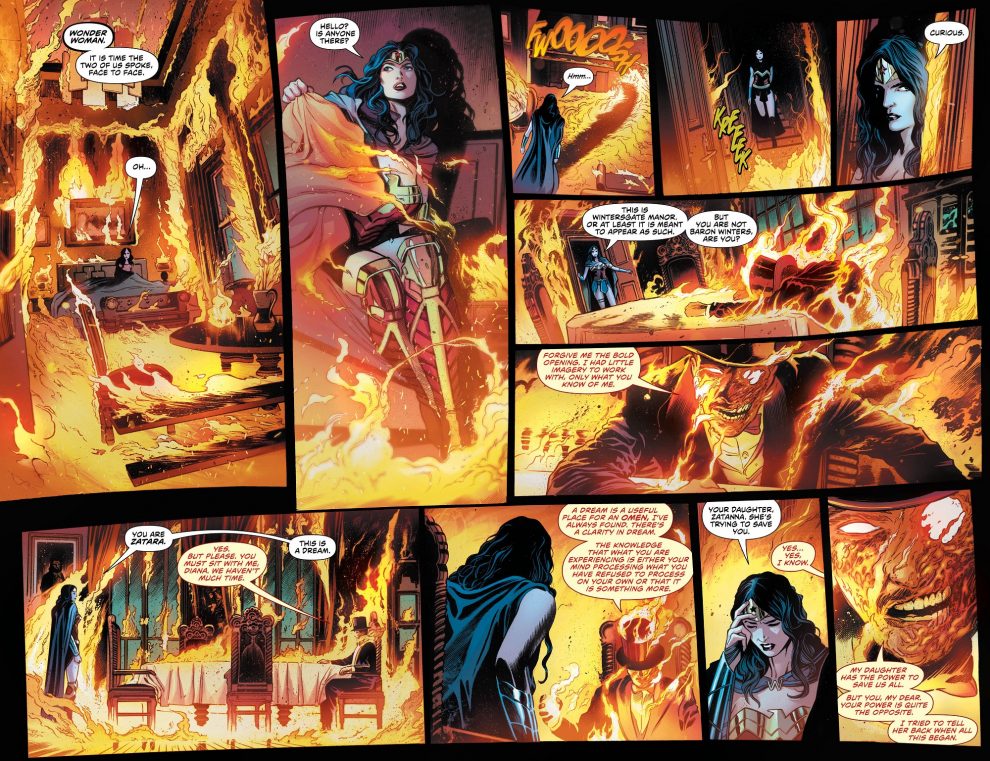 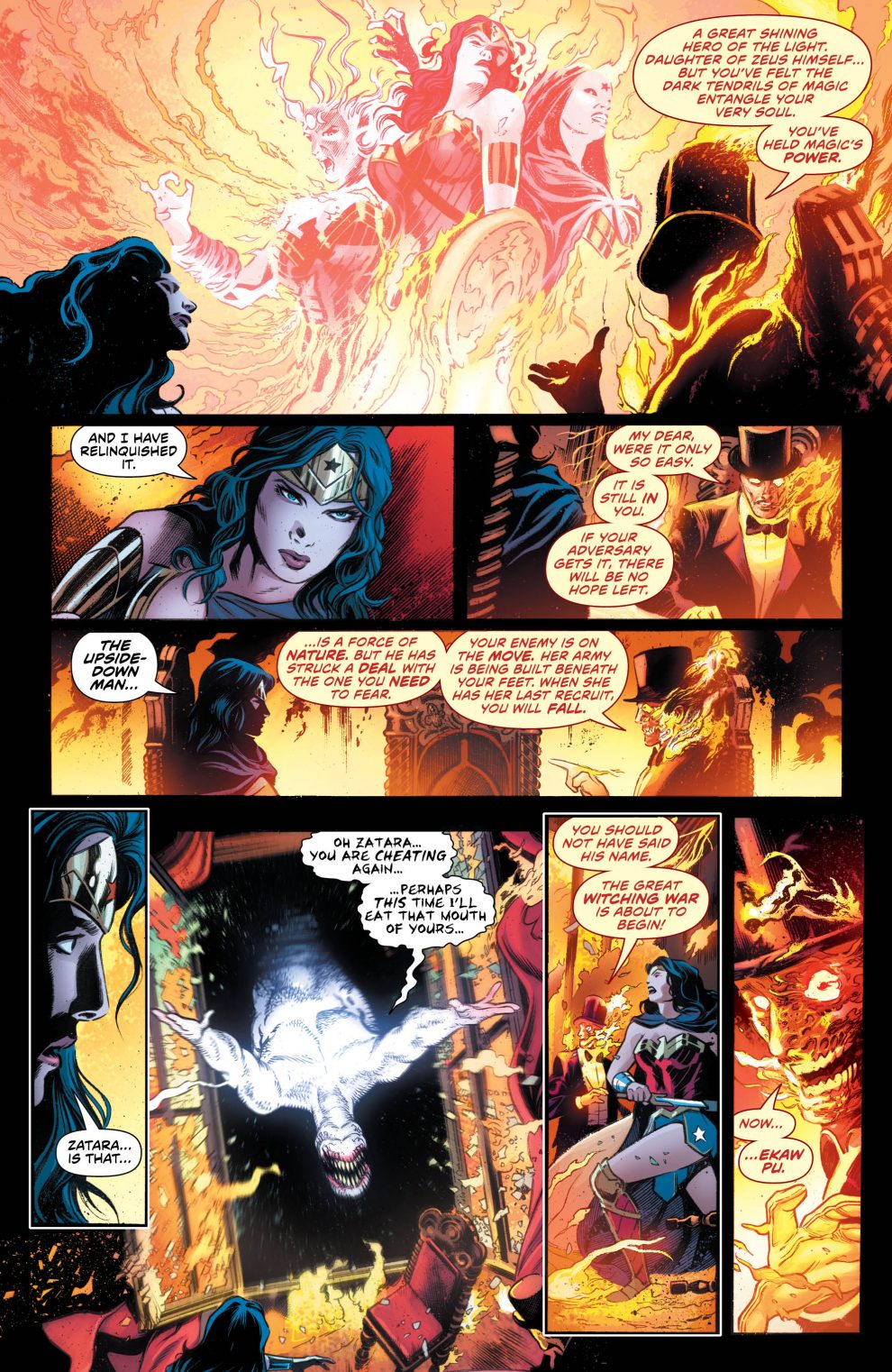 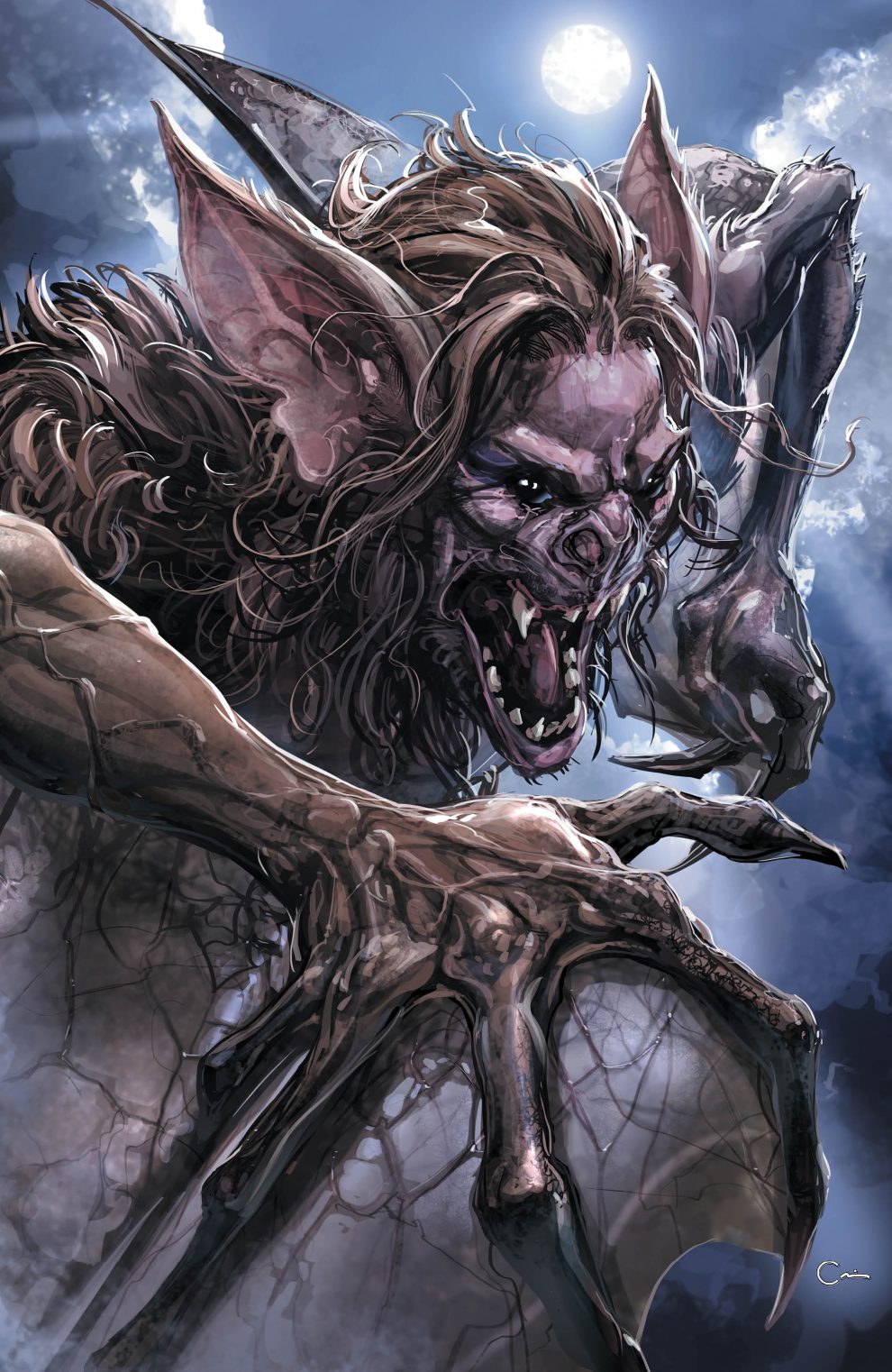 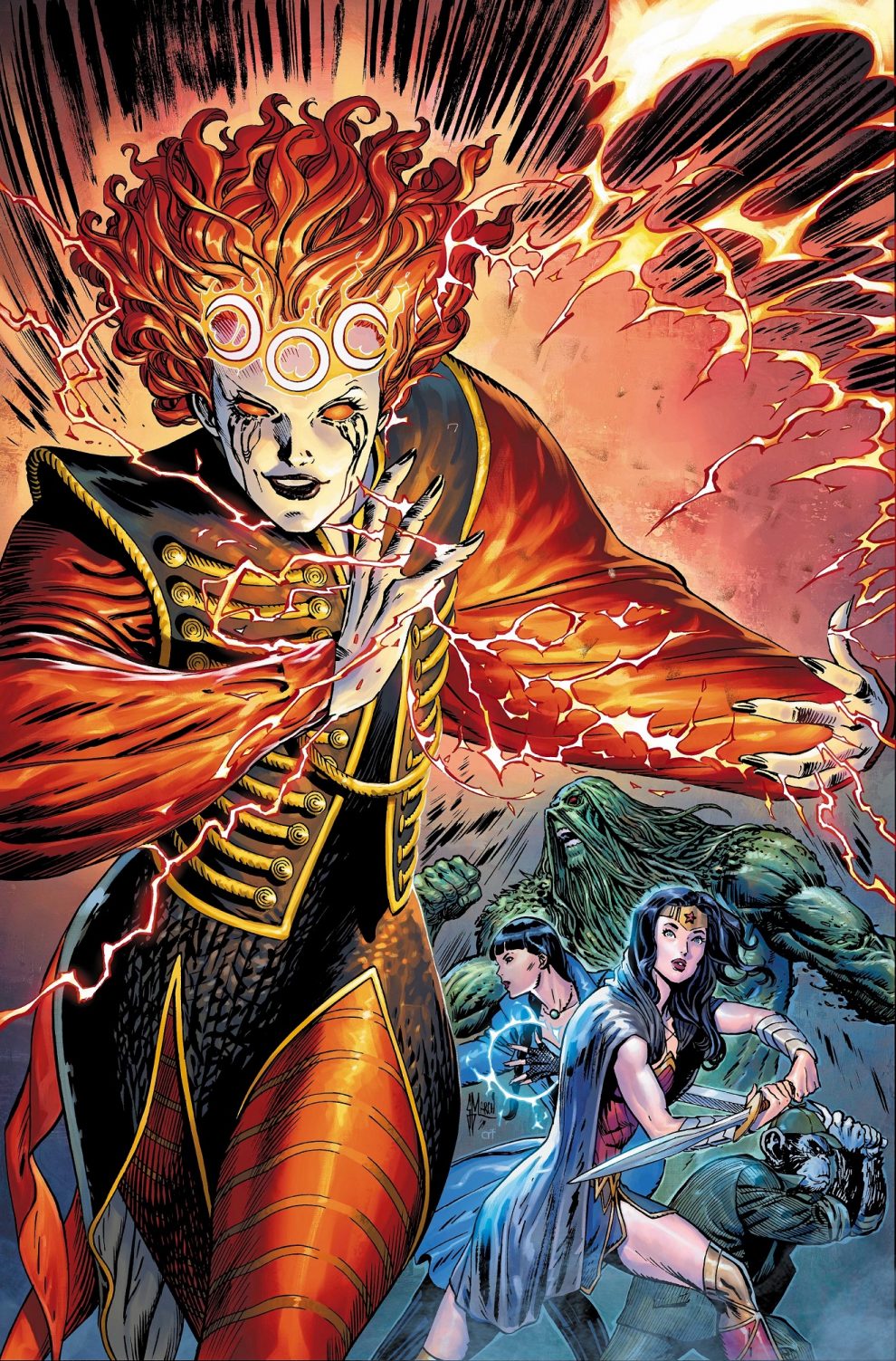 This Ain’t Quite The Octarine I’m Used To…

Please don’t chase me with pitchforks and torches, as I genuinely love and admire the work of Adriano Lucas, and have done for many years… but when I mentioned the Detective Comics/Justice League Dark dream team, just like with the Beatles, there’s four of ’em in this band. I jumped for joy when I heard that Álvaro and Raül would be back on board for this storyline, but the final member of the comics Fab Four, Mr. Brad Anderson, is notable in his absence.
Like I said, Adriano Rocks, but Brad and his long-time colleagues have a chemistry that borders on alchemy. Anyone who regularly reads my reviews know that I am one of very few comics critics who praises color artists and letterers, and Brad’s work is unparalleled. Some books simply won’t work with bright, cosmic colors (see my reviews for Curse Of The White Knight for my thoughts on this subject) but the work on this book was made for them. Mr. Anderson’s art captures what Terry Pratchett coined as the Color Of Magic, and anything else isn’t quite my Octarine… particularly with the line art of Álvaro and Raül.
I have zero complaints about the sorcery conjured by letterer Rob Leigh, though. He’s a wizard, Harry.

Justice League Dark #14 is another solid gold issue. The collection of ne’er do wells assembled by Circe is truly spine chilling, and even with Constantine, Kent Nelson and Khalid Nassour added to their ranks, I still fear for our team’s chances of success.
The character designs by penciller Álvaro Martínez have always knocked me out, but the MVP of this month’s issue has to be Raül Fernandez. Diana’s face on page five, and at the bottom of page 13, and Raül’s use of texture and cross-hatching is sublime. I was reminded of the wonderful John Totleben throughout.
Oh… and that Tynion fella writes one helluva story.