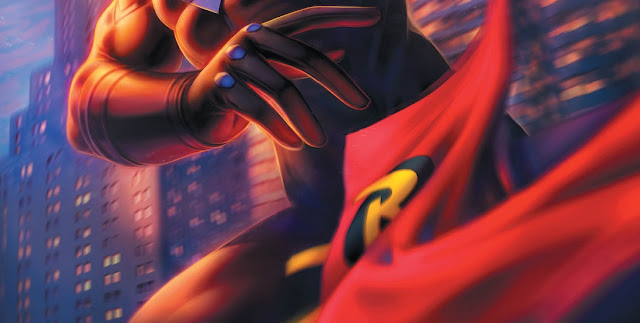 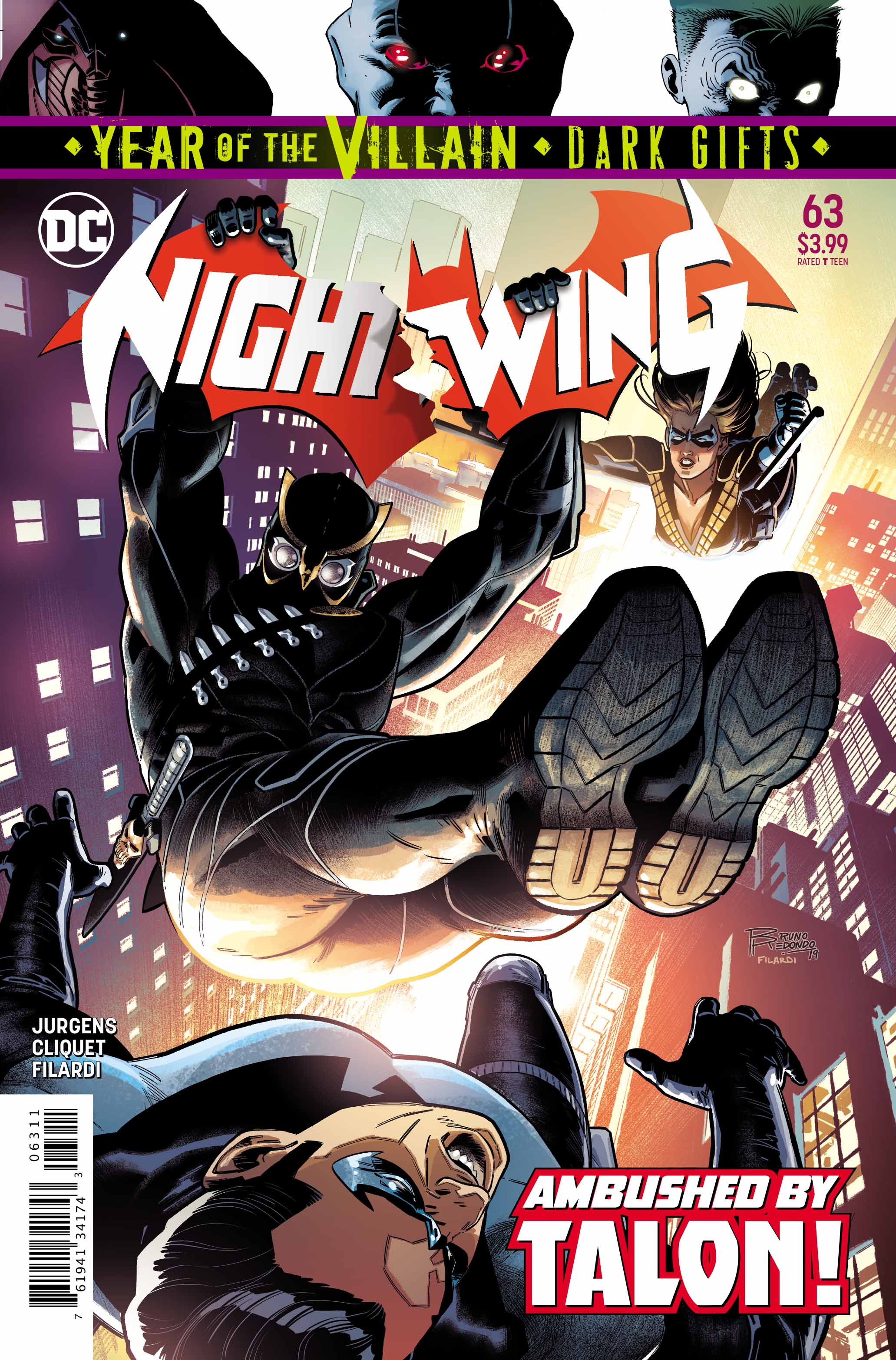 Nightwing #63 delivers on so many promises. Not only do we get a payoff from last issue’s “Year Of The Villain” tie-in, but it comes without destroying the book’s onward momentum, or ongoing plot.
The way that writer Dan Jurgens has seamlessly tied two completely disparate threads together is the mark of a true veteran. In fact, knowing Mr. Jurgens work (and having read it for for over 25 years, I reckon I do) he was probably planning on using Talon all along, and he used the crossover to help him tell his own story, (as opposed to being dragged into the event, as it feels that many less experienced writers have). William Cobb’s appearance in this story feel organic, completely fitting and in-character. His actions are chilling.
The first few, lighthearted and action-packed pages that open the issue add heart and context to the thrilling ending. Like I said, this is the work of a veteran writer. 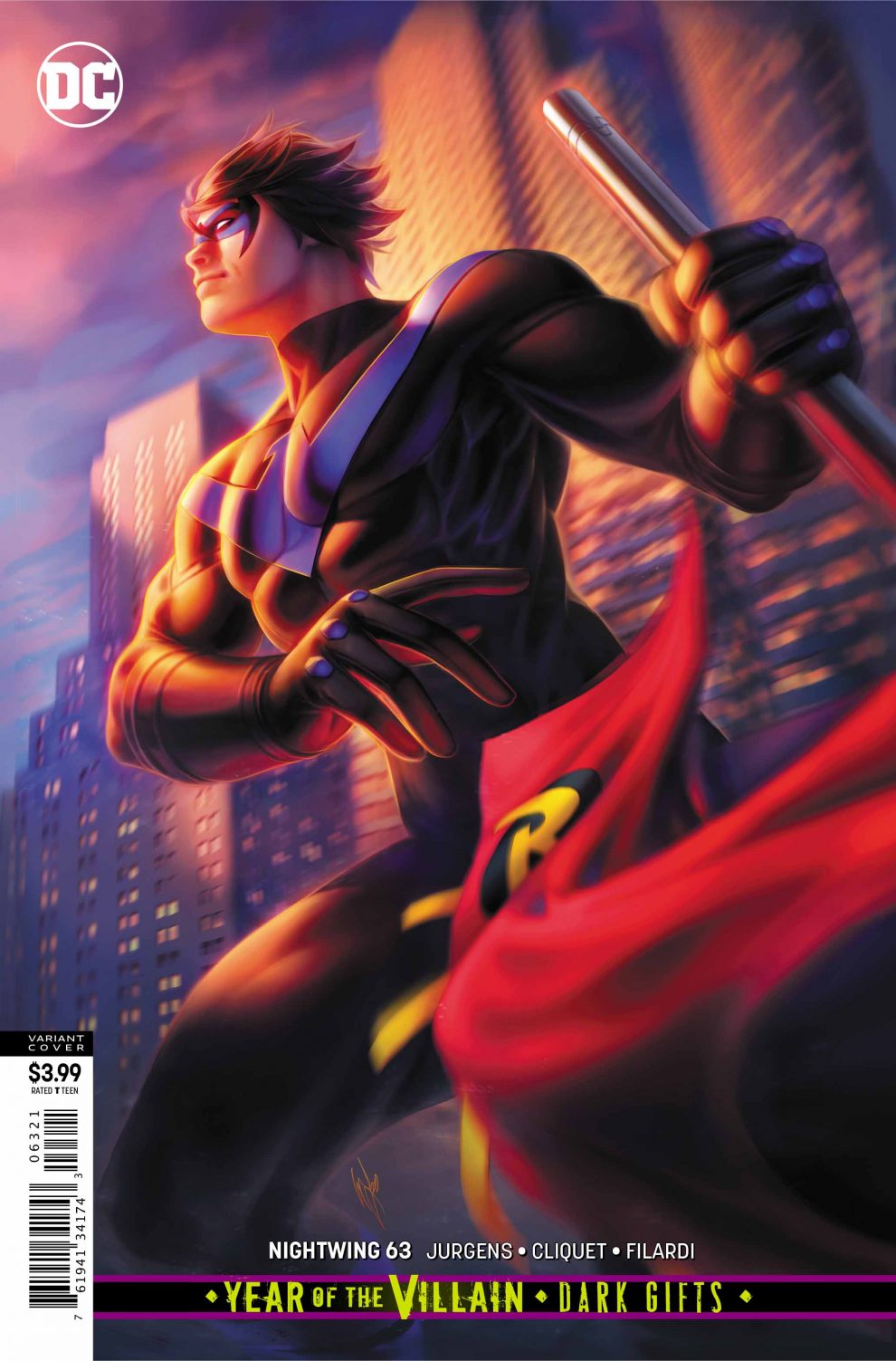 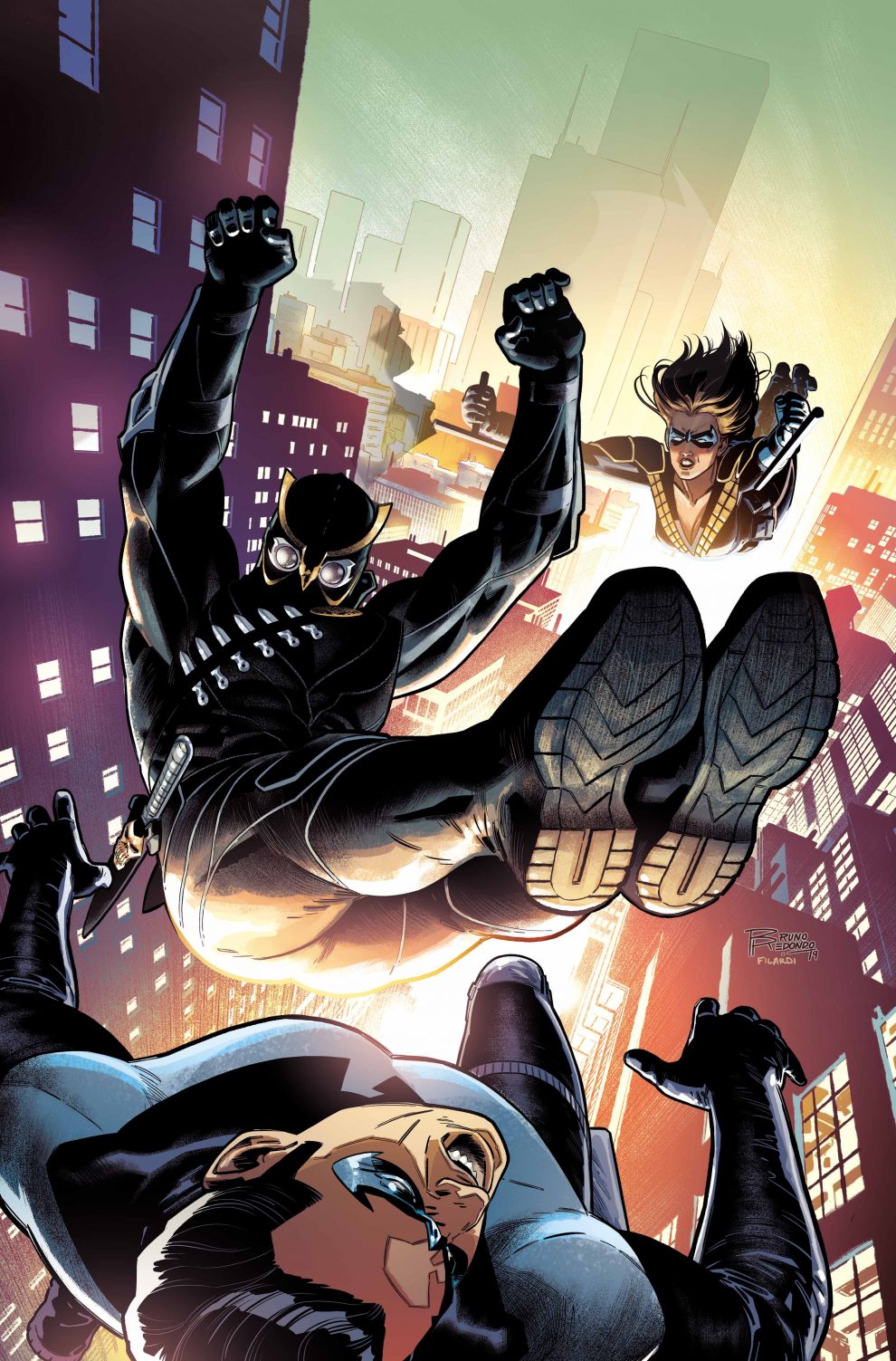 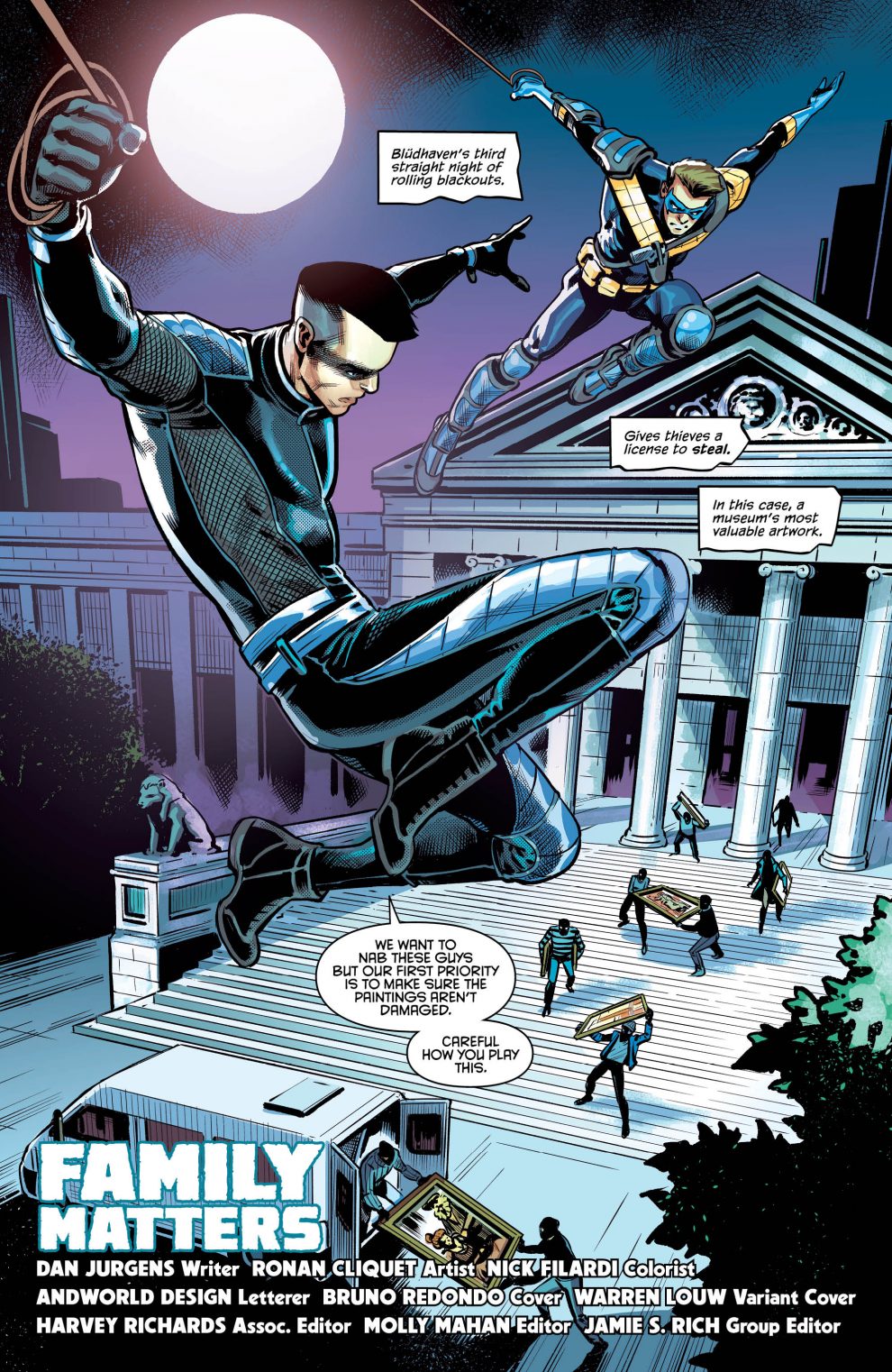 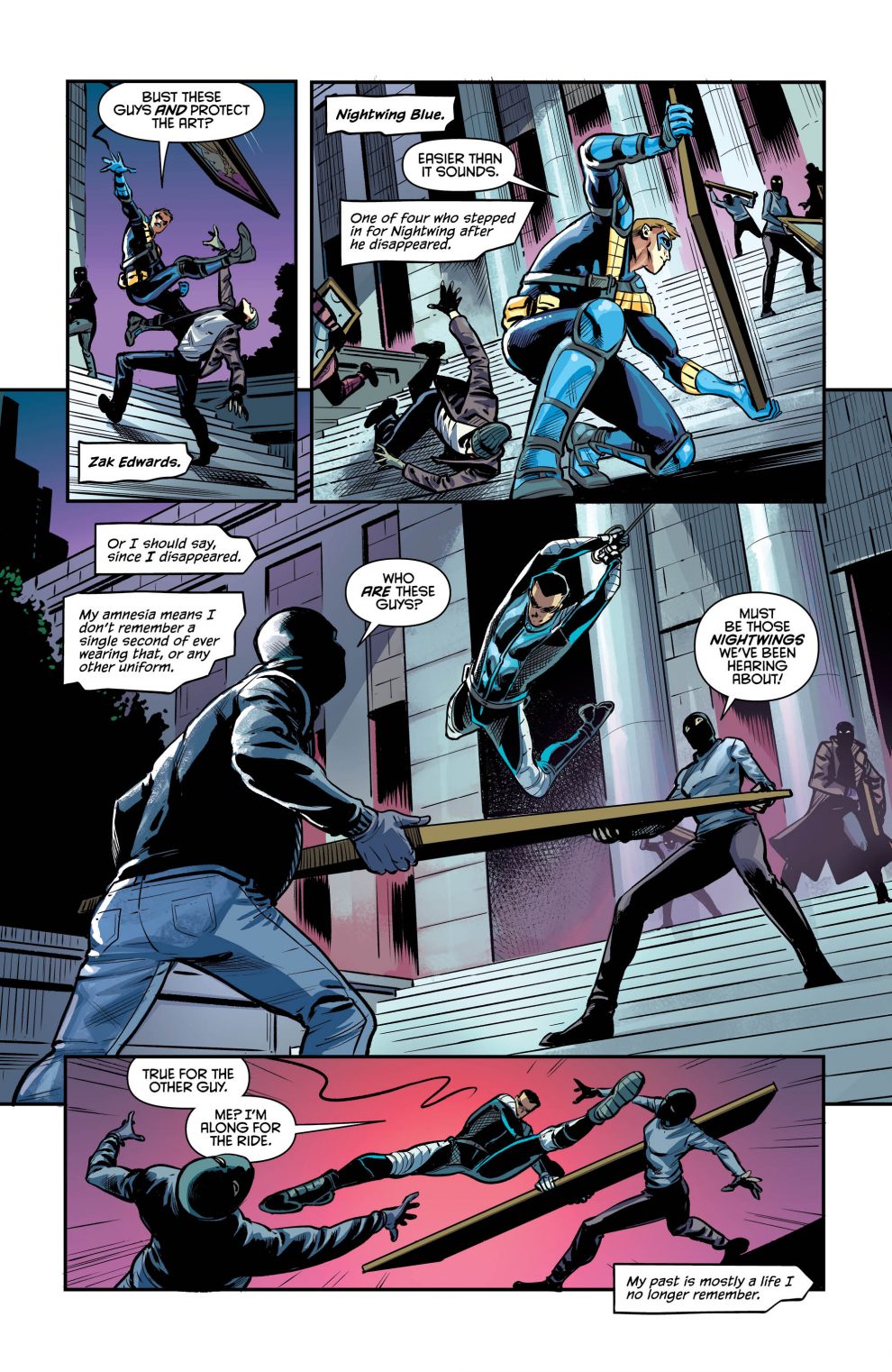 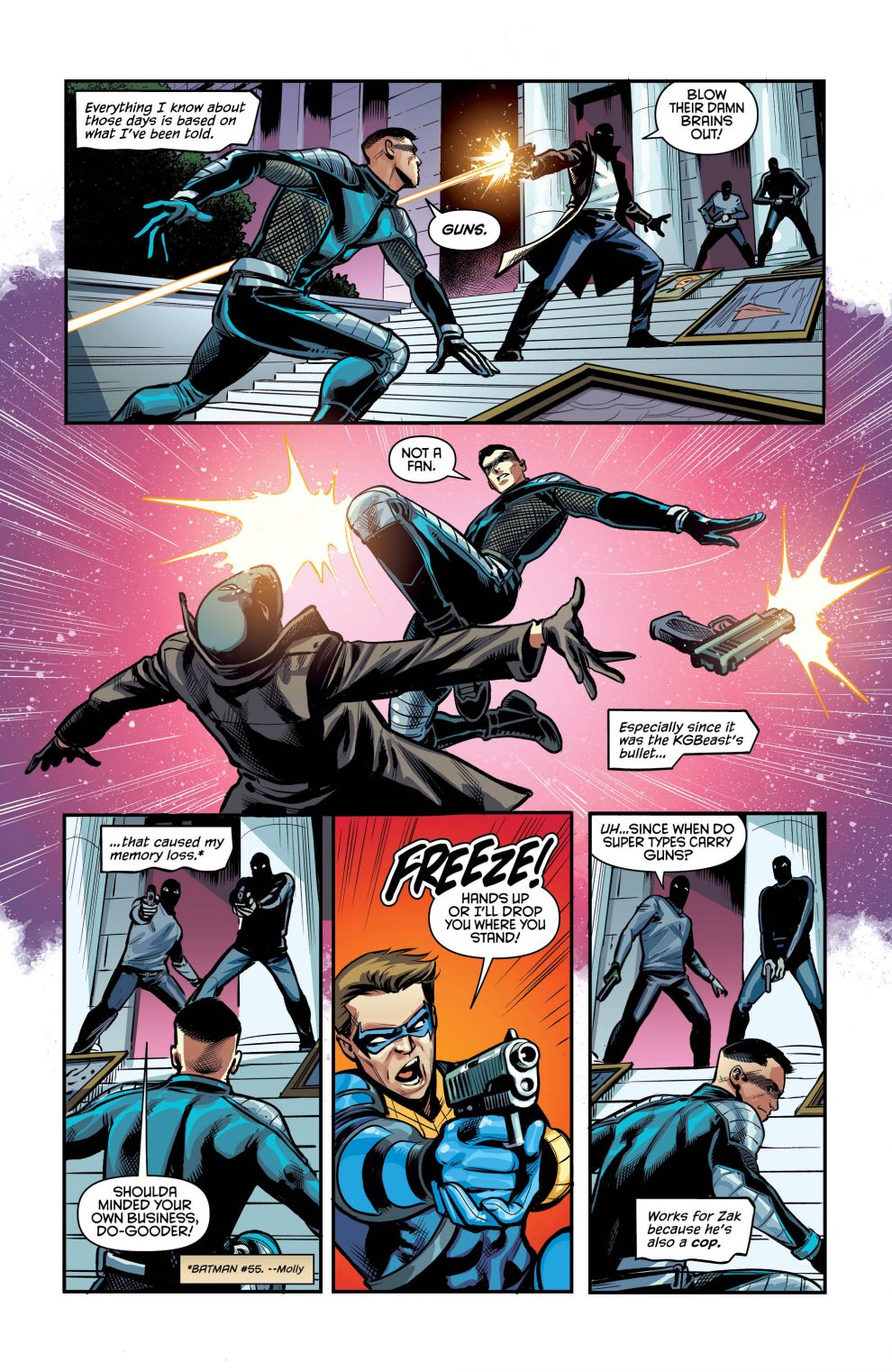 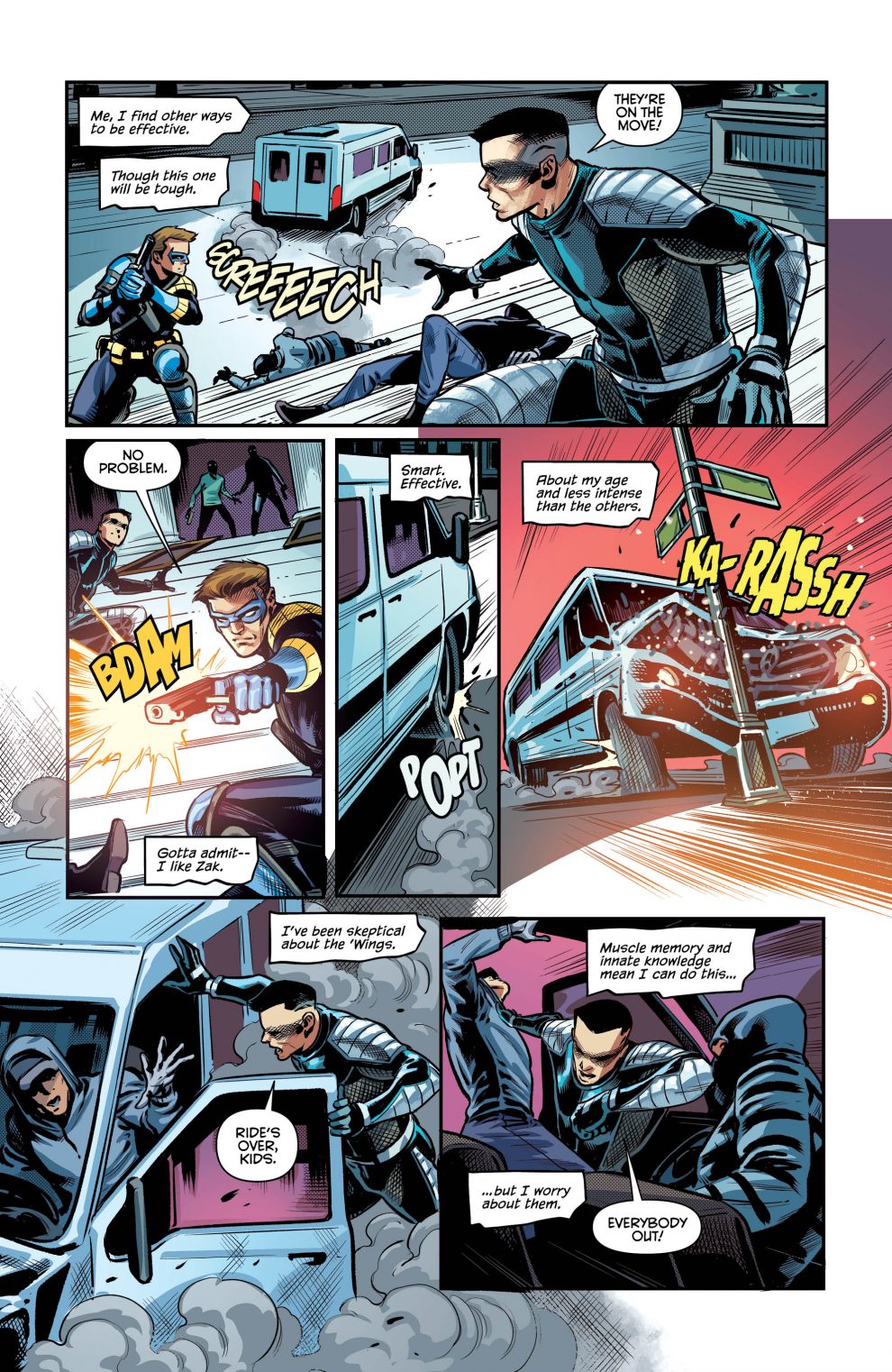 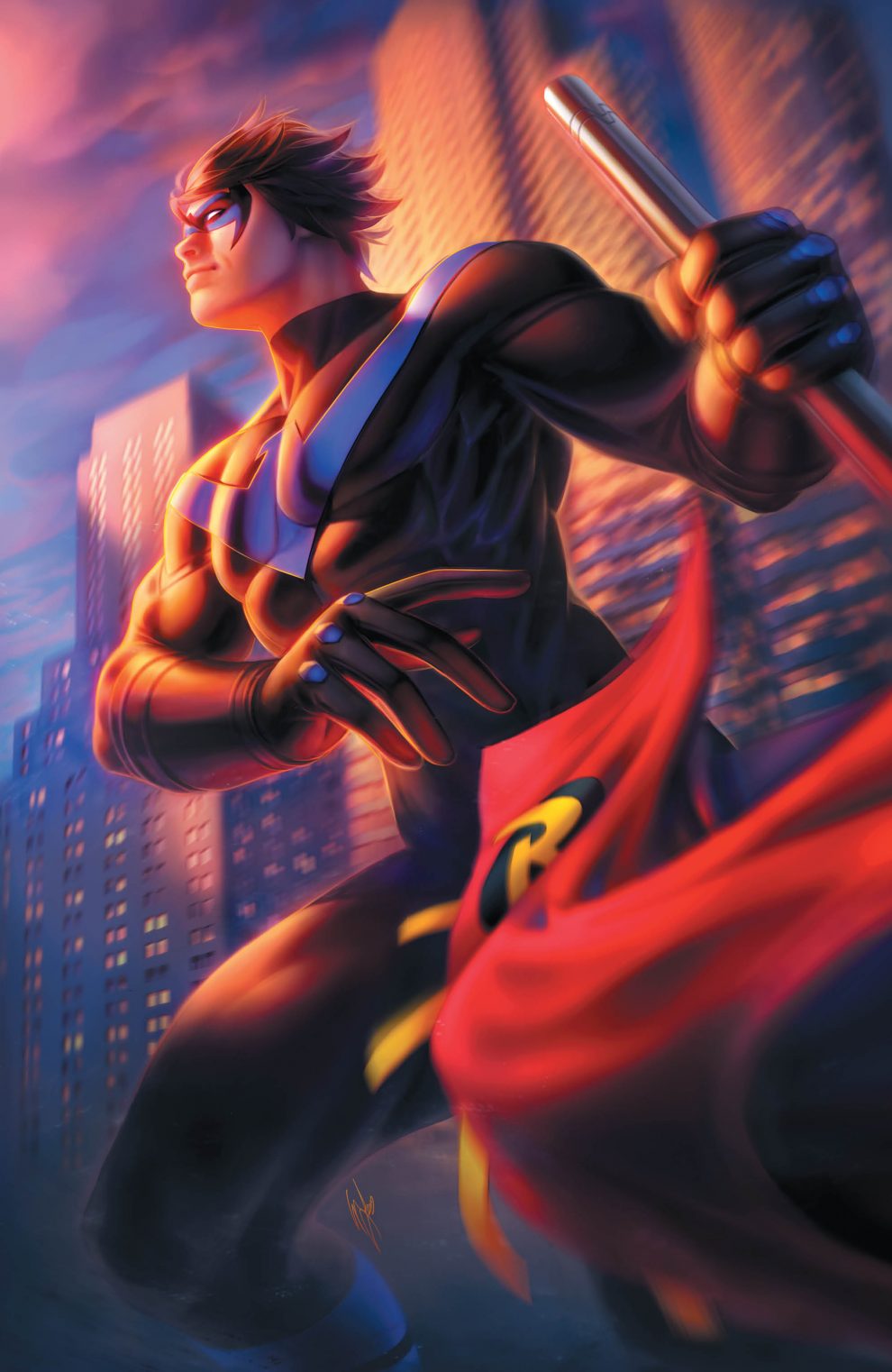 Thank goodness, DC and editors Harvey Richards, Molly Mahan and Jamie S. Rich for getting Ronan Cliquet on this book. Finally my only gripe about the Nightwing series has been squashed. I love this character and have been reading Nightwing’s solo adventures since his debut in New Teen Titans waaay back in the 19880s, and his first mini-series in 1995. Having a permanent art team on this title is a joy. Cliquet’s art style is totally his own, but also feels like a beautiful combination of those of Chris Mooneyham and Travis Moore. Ronan’s action can be gritty, in a way that’s similar to Mooneyham’s, but high contrast and kinetic like Moore’s. It’s fresh and new, but ties in aesthetically with what came before.
Nick Filardi’s colors are the chocolate sprinkles. Mr. Filardi has been here constantly almost from day one, and his work, along with the writer’s, is the backbone that gives this title cohesion and its own unique identity. Thanks, Mr. Filardi, this is one fan that appreciates you.
Speaking of appreciation, like Color Artists, comic-book letterers are so often the unsung heroes of this wonderful medium. AndWorld design, and the armies of letterers out there, are the ones that make sure comic-books are something that we actually read. They’re the ones that populate the beautiful art with the writer’s words, and have the unenviable task of doing it in a way that’s easy to read, flows with the story, and doesn’t cover up too much of that aforementioned, and oh-so-essential artwork. AndWorld do a hard job darned well. Kudos.

Nightwing #63 is a gem of a comic. DC are producing pure gold all across their line of titles right now, and this series is one of the most consistent, but hugely overlooked and underrated series. William Cobb’s appearance and actions in this issue are real incentives to read what comes next, particularly the way that the issue ends.
Aaarrrggghhh… the next four weeks are so gonna drag!