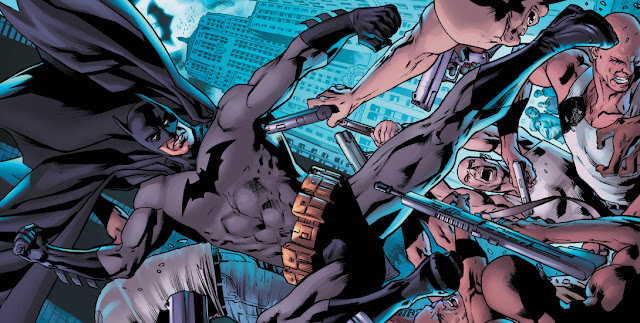 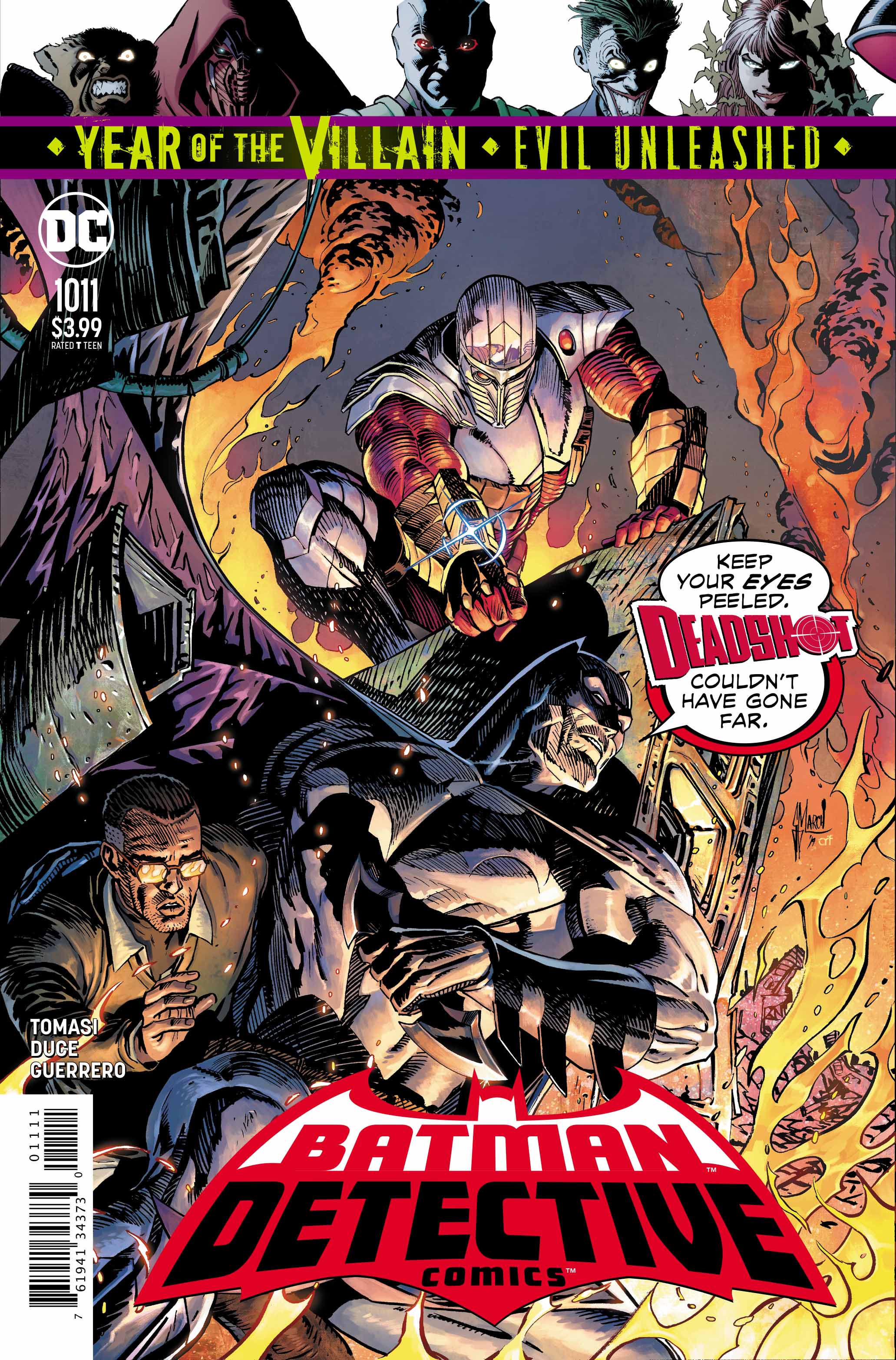 Detective Comics #1011 delivers a thrilling conclusion to the Deadshot storyline, and is also an enticing prelude to the next blockbuster arc. Hiroshi and Clarence have become the two Batman supporting cast members I never knew I needed until I met them, and Bruce Wayne proves that, with or without his bat-suit and gadgets, he’s a true hero… and not to be messed with!
Peter J. Tomasi is one of those writers who can deliver action with the best of them, but without compromising on character or charm. Tomasi’s Batman is a force of nature, but also a hero with heart. Yes, he can be scary and unyielding when it comes to crime, but to the innocent he’s a savior, with a soul as pure as you could ever imagine. 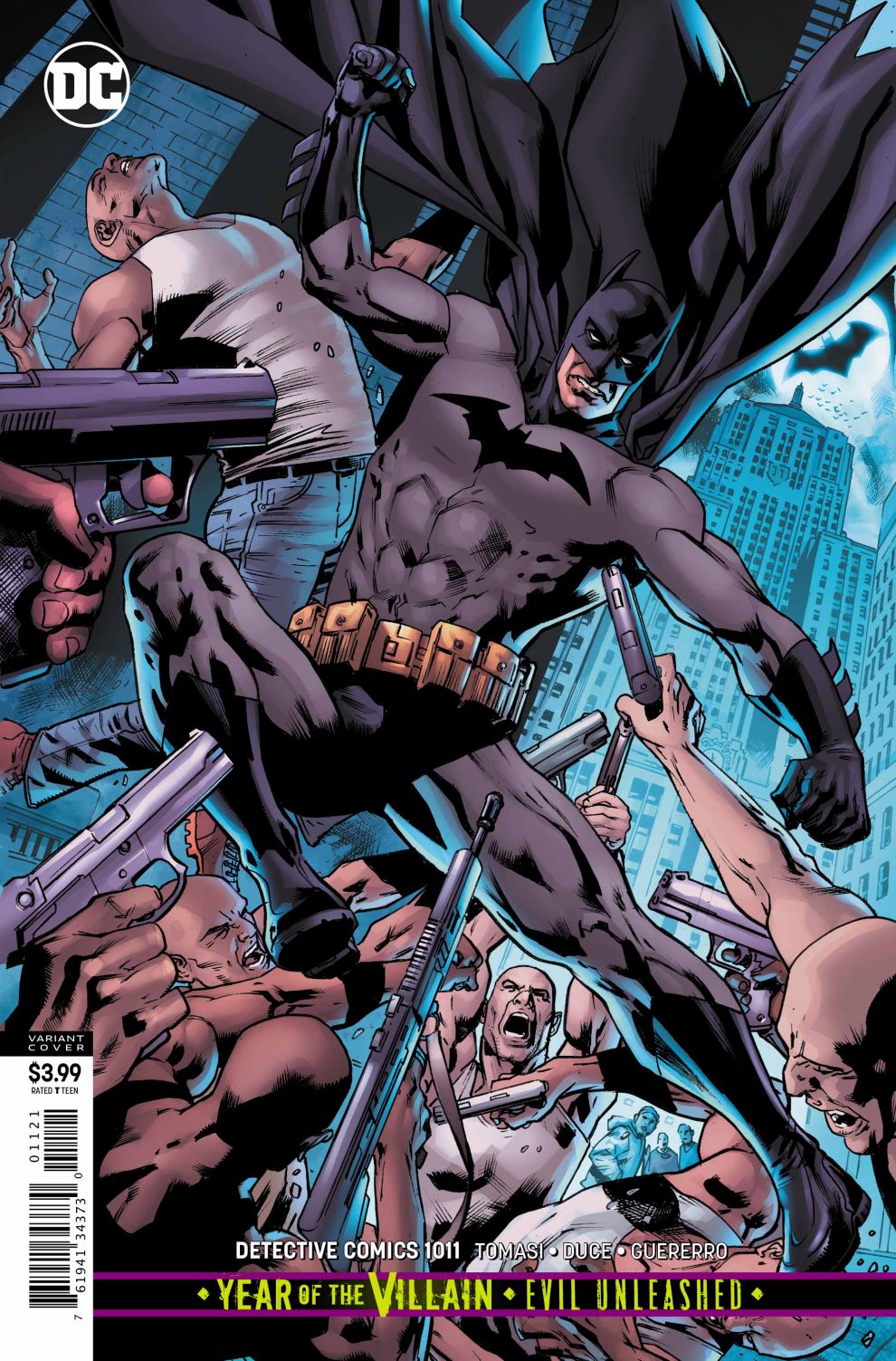 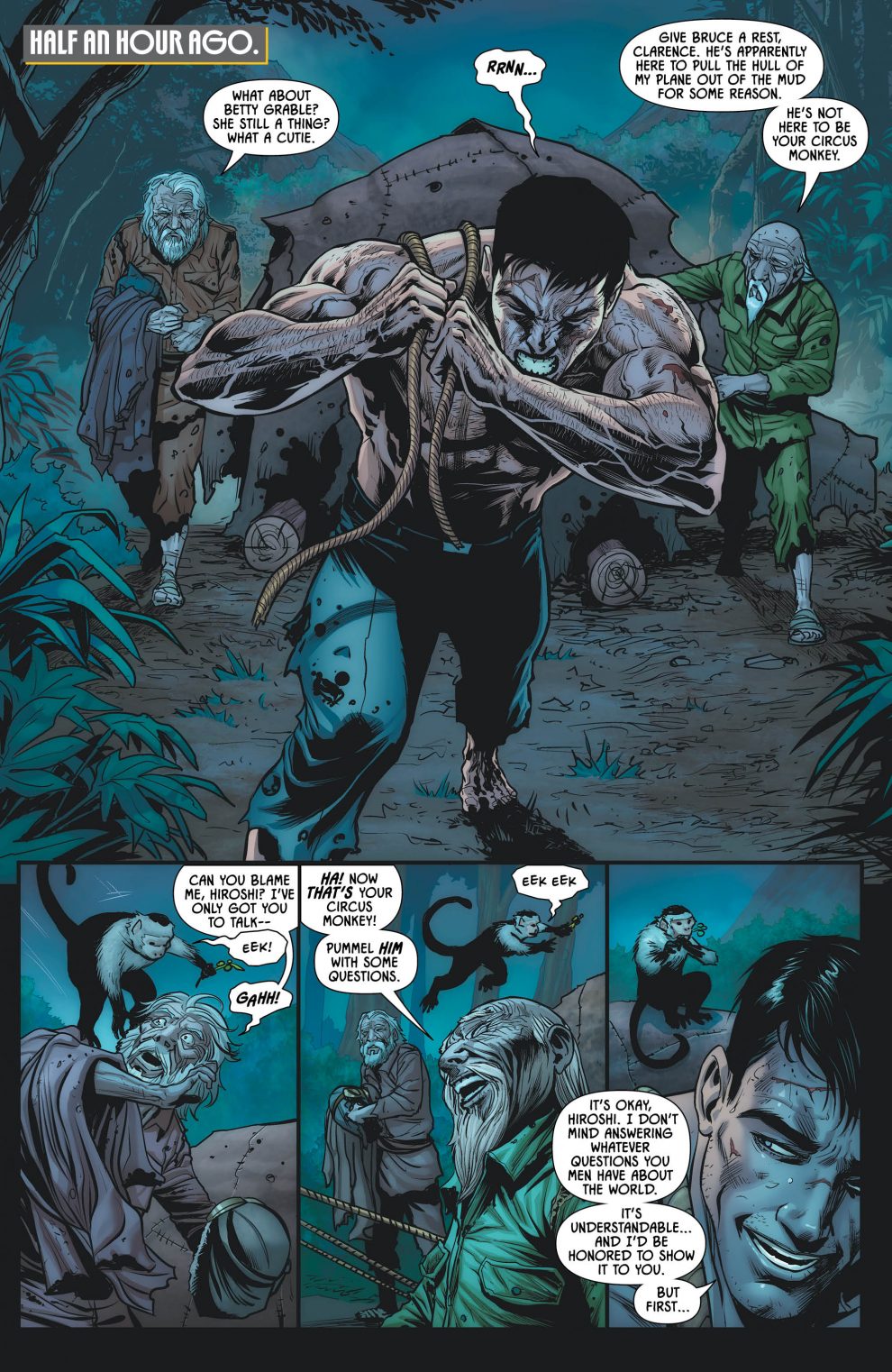 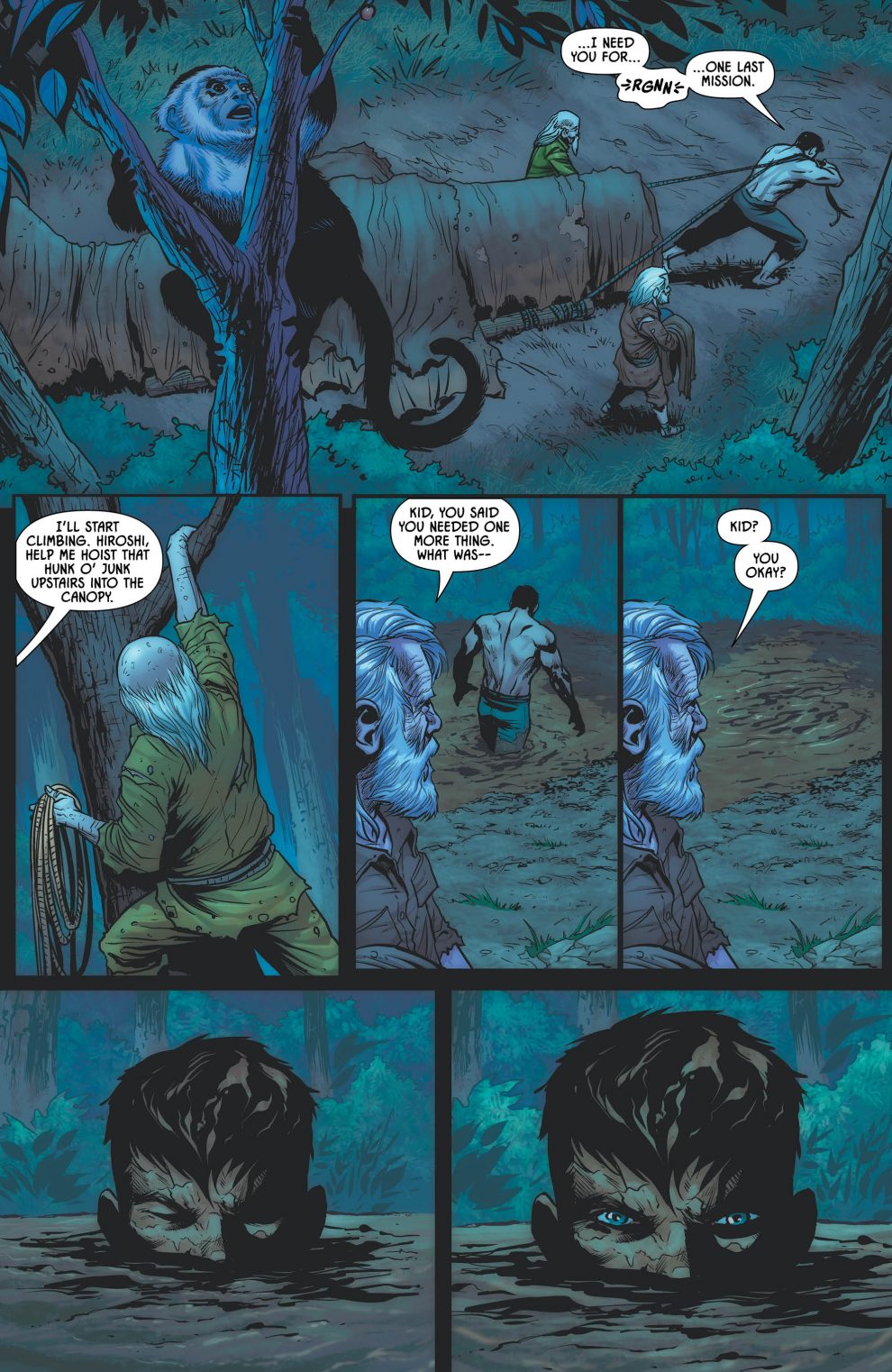 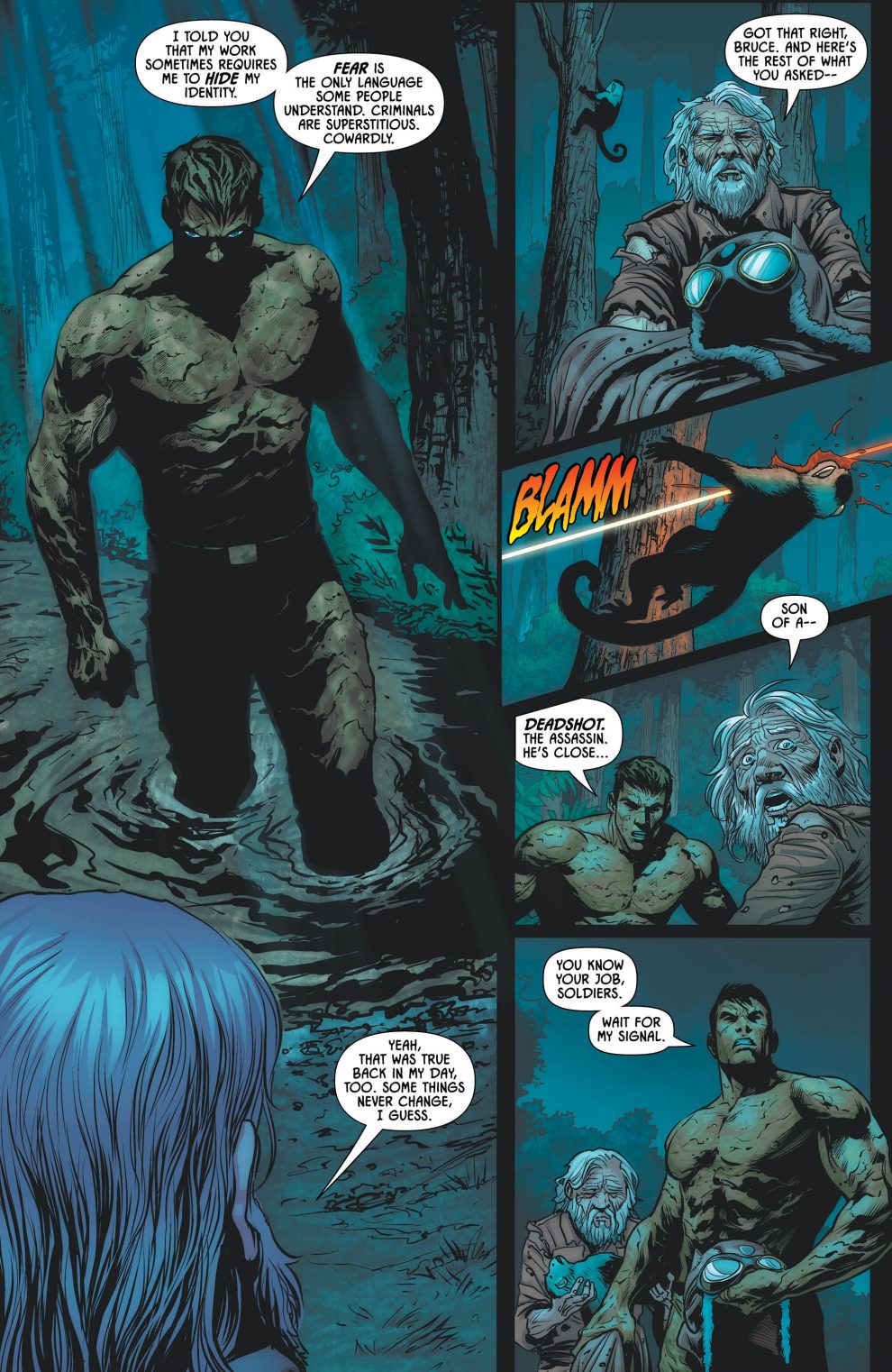 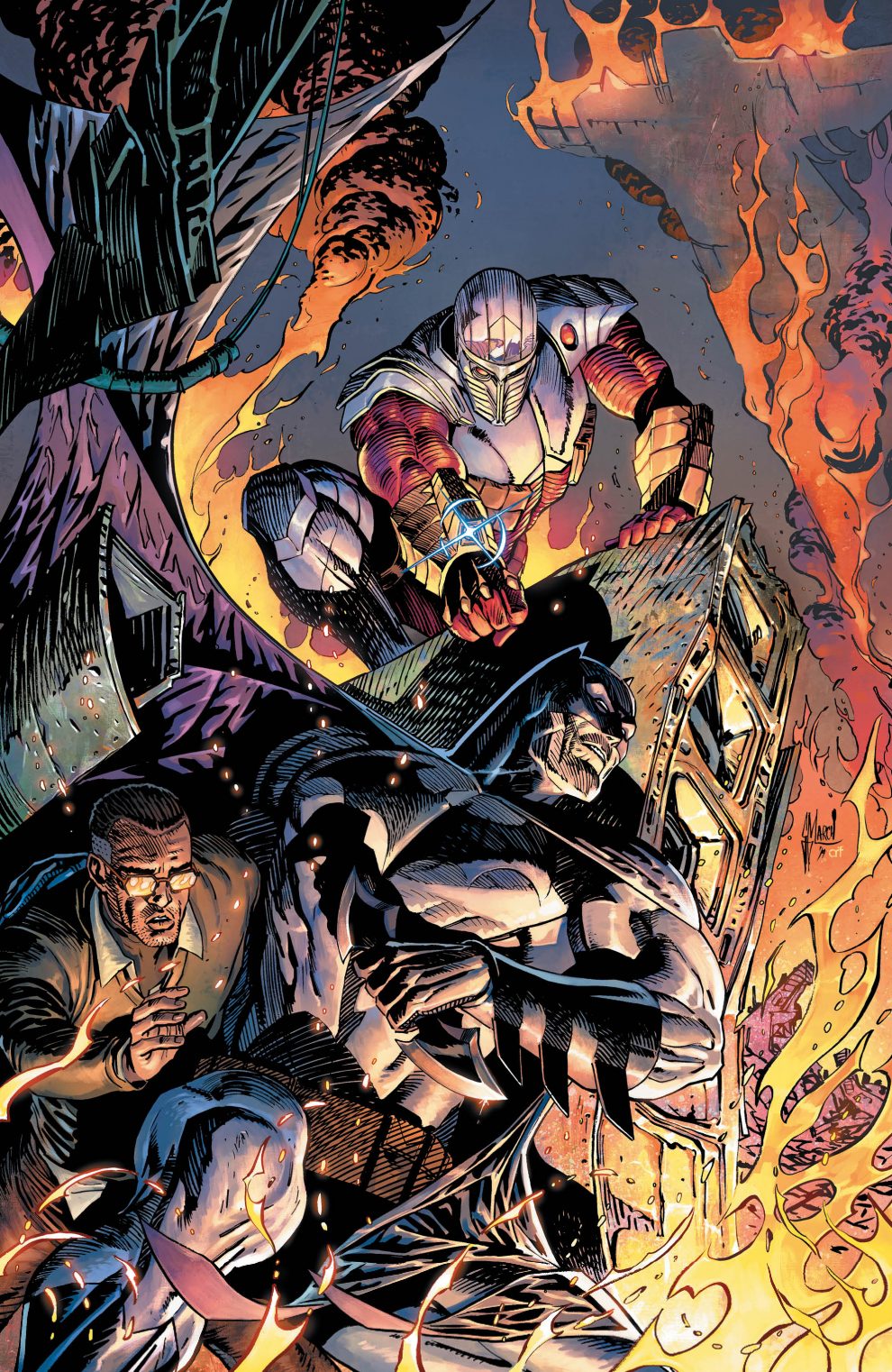 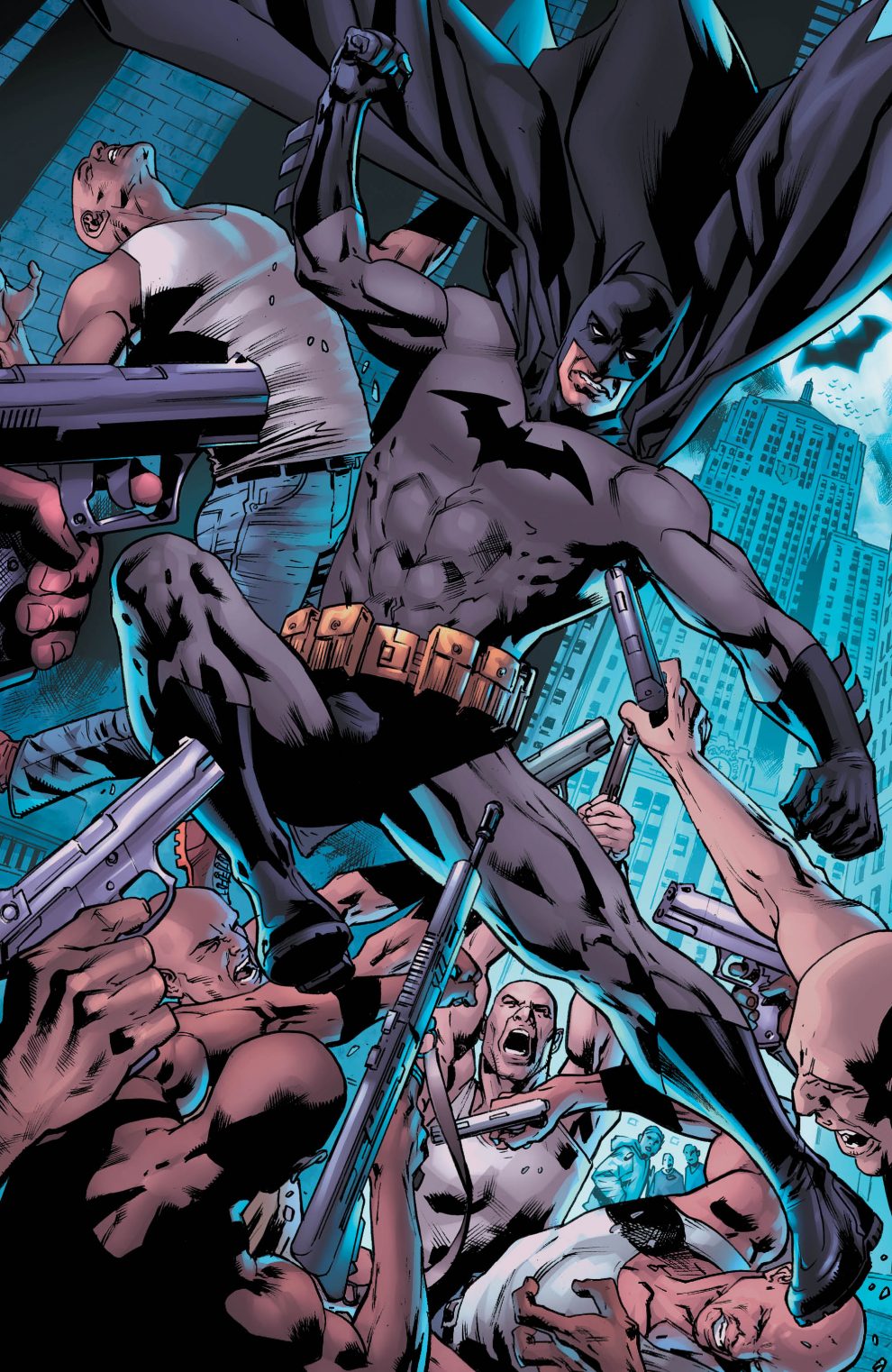 Welcome To The Jungle

The artwork, colors and lettering by Christian Duce, Luis Guerrero and Rob Leigh continue to be a delight. The jungle scenes are worthy of the big-screen treatment, and the emotion and acting from every character is sublime. Case in point: look at the expressions Duce has drawn on Bruce’s face at the bottom of page one, compared to when he emerges from the mud at the bottom of page two. His cowl isn’t on, he doesn’t have his costume, but even though it’s Bruce Wayne that walks into the mud-bath, it’s definitely the Batman who walks out.
Genius.
Luis Guerrero’s colors on this book (and last issue too… the confusion was eventually cleared up) is fantastic. You can almost feel the cool moonlight on your skin on the first two pages, compared to the conflagration of color that follows.
As always Rob Leigh’s letters add as much to the proceedings as the work of Duce and Guerrero. Check out the gunshot on page three, and the rending of the trees as Clarence crashes (or should that be KRRESSHes?) the party.

Detective Comics #1011 was a great read. We’ve got new allies and we see, yet again, how great a hero and master tactician Batman is. The whole story looks fantastic, and the closing pages sent a chill down my spine. This is apt, as they feature the “Year Of The Villain” portion of the story, featuring Mr. Freeze. This cool customer has a new plan, which froze the blood in my veins.
I hope you’ll all be back in two weeks, because I don’t think you’ll want to miss what comes next.