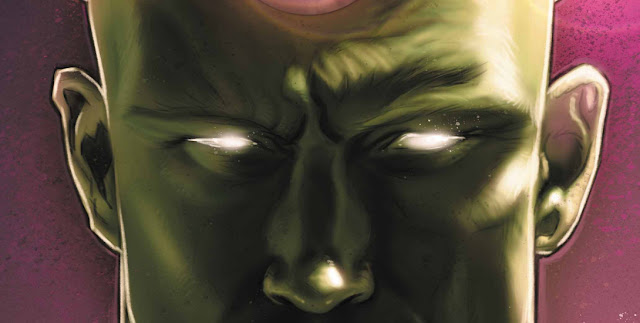 After last issue, we catch up with Supergirl, Superboy and Krypto finally tracking down Gandelo, resolving to avenge her actions against Krypton. After dispatching some of her mutated minions, the return of Rogol Zar, dealings in the dark and a brief jaunt back to for a snippet of what’s to come, there's lots for us to consider in Supergirl #32.

Action abounds in this issue from start to finish. We get the tense opening of the Super Family tied up with horrific looking creatures. Fighting through them, fighting against Gandelo, fighting for the axe against Rogol Zar, the entire issue is roaring with excitement. When you couple that with the witty gags to and fro between Supergirl and Superboy, everything feels fun and jumping. 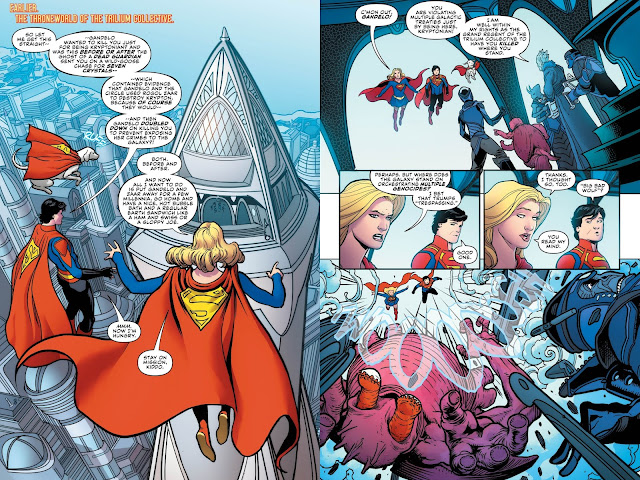 Negatives
Supergirl, as a title, is in a very strange place for me. For a considerable while, we’ve been handling the possibility that there are people who caused the destruction of Krypton. Planetary genocide is particularly heavy material to talk about, but at no point do I feel like this heavy theme is fully expanded upon. However, get a tease of it in this issue, when we hear Gandelo shockingly suggest that the universe is better without Krypton. Other than that, we never get to unpack the fulth depth of this issue. Readers never see Supergirl's true sadness and cosmic survivor’s guilt. Admittedly, we see her deal with it by becoming angry, and lashing out – which is much more sincere to her, overall. 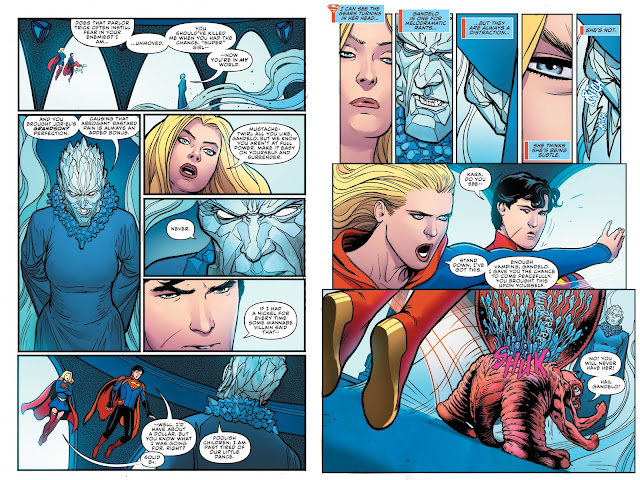 Verdict
The focus shifts in this issue. The bright colored action puts us through the ringer, delivering the intense action we’d expect from an series this cosmic. The villains responsible are coming closer and closer to being within Supergirl’s grasp. With the storyline wrapping up, the visions of that conversation looming is on our mind, and anything could happen as a result.