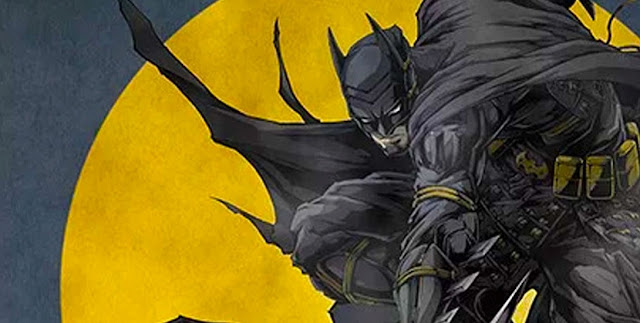 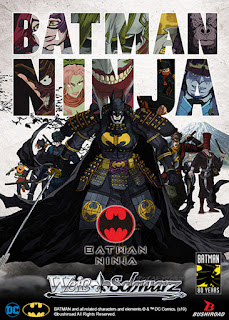 Let me address the elephant in the room straight away, any Anime fan reading this will already be mortified by my review because I’m discussing the dubbed version. Wait... just hear me out! As usual, no spoilers, so read ahead with confidence, my friends.

A basic outline to the story: We are thrown straight into a battle, raging across the roof of Arkham Asylum. Gorilla Grodd sets off a time bomb (or time displacement machine) and Batman is unable to stop him in time. BOOM! – that’s it – welcome to Feudal Japan.

Batman wakes up to find that several Arkham inmates have arrived there too, only years before he has, and established themselves as War-Lords. So the Dark Knight does what he does best, goes to take them down and free a repressed people. In short, you end up with pretty much all of the Batman cast making an appearance and ensuring it’s an epic showdown. The difference tough, is that this story does it in a brand new way, and takes you to a place that Batman hasn’t been before. Now, I'm not just talking about Japan, but also about a-true-to-anime-story which will leave some people asking "WTF?" and still others wondering how anyone can make Batman cooler than he is in this. 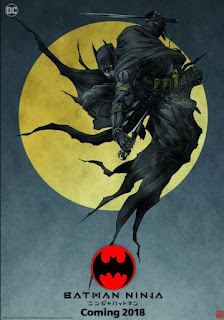 This movie has split opinions, big time. I think that’s because this might be the first venture into Anime for a lot of Batman fans, and people new to this style of storytelling may not be quite prepared, or will have come in with different expectations.

Allow me to explain:

Japanese storytelling is very different from the western style, and not all of it translates very well. When you mesh that with what’s happening on screen, you can sometimes end up with a different story in English. This can leave things not feeling particularly fluid, or the storytelling feeling clunky, where in fact it’s a translation trying to keep as true to its original story, while ensuring it makes sense to a new audience.

If, like me, your Saturday mornings as a child were spent with a bowl of cereal and Batman the Animated series on TV for the first decade of your life, you might expect this film to have those dark undertones or styles. NOPE. I’m afraid you’ll have to release your dark and gritty Gotham expectations and embrace a bright and colourful, more rural adaptation.

You aren’t thrown in and expected just to take that on the chin however, there's a brilliant nod from the director where Batman goes to escape using his grappling hook (shortly after his arrival); We get Batman’s point-of-view of a beautiful blue sky instead of a high rise building to aim for. You can almost hear the team in charge of this saying "That’s right, we’ve thrown him a world away. Let’s see where it takes us." It's from here onwards  that you'll  start to see people’s opinion divide... and it's here I suggest you let go of what you know of Batman, and simply enjoy your favourite hero, but presented in a new way.

Don’t get me wrong, the movie is serious, dark and bloody at points, but the setting itself is the polar opposite of Batman’s more familiar and recognised home-ground.

Visually, this film is stunning... no doubt about it. It's absolutely beautiful. We get a fascinating mixture of computer animation, mixed with traditional Japanese art, which - when combined - really build on the whole modern-hero back in time theme. For me, the visuals are so important to the experience that I enjoyed watching the dubbed version above the subtitled original language mix. Being able to take it all in without reading the script was a definite plus. Add to this the facts that we have a ton of talented actors involved, and that the dubbing is actually pretty great (not always the case with anime). Many of the actors here are reprising their roles from Batman video games, and their experience really shines through. So there, I’ve said it... I enjoyed the dubbed more than subbed because of the visuals. There's some great voice acting, but ultimately the dubbed version opens it up for Batman enthusiasts, who perhaps wouldn't normally watch anime.

The story itself does have some plot holes, which’ll have you scratching your head a little, and they’ve maybe not nailed all aspects of each character. But the film moves quickly and has plenty of action. The direction is brilliant! One image which is absolutely iconic for me is where War-Lord Joker stands in front of the full moon (i.e Lunatic/the full moon makes people go crazy, etc...) 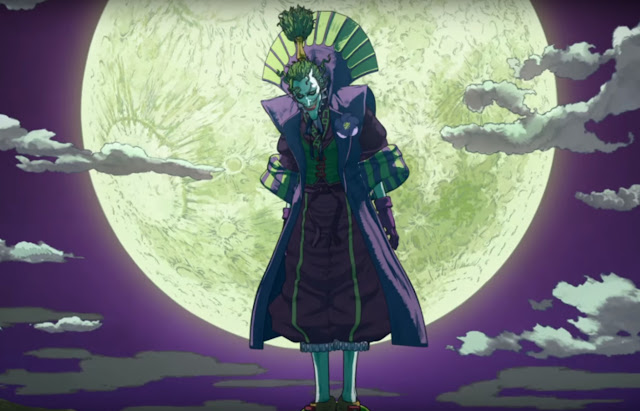 For those who haven’t watched any anime before, the end battle sequence will probably leave you stumped, as you're plunged into the full Japanese experience. It's this climax which pulls in many negative reviews. It’s totally not a "Batman" climax... it’s an anime climax, and - as such - it’s not for everyone. If you keep watching beyond the anime style climax, you're then treated to a brilliant Batman/Joker showdown.

I love anime and I love batman... so - yes, you guessed it - I absolutely loved this film. I will appreciate it’s not for everyone, and know that  those who’ve not watched much anime might find it too "out-there" or bizarre. Those who love anime will probably never read another of my reviews again for saying I prefer the dubbed version. The bottom line is, though, that this is Batman, so go watch it. Enjoy it without expectations, and have fun watching the greatest modern day superhero in an entirely new, and different style.