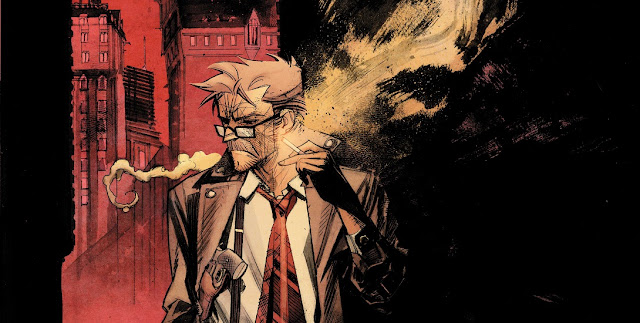 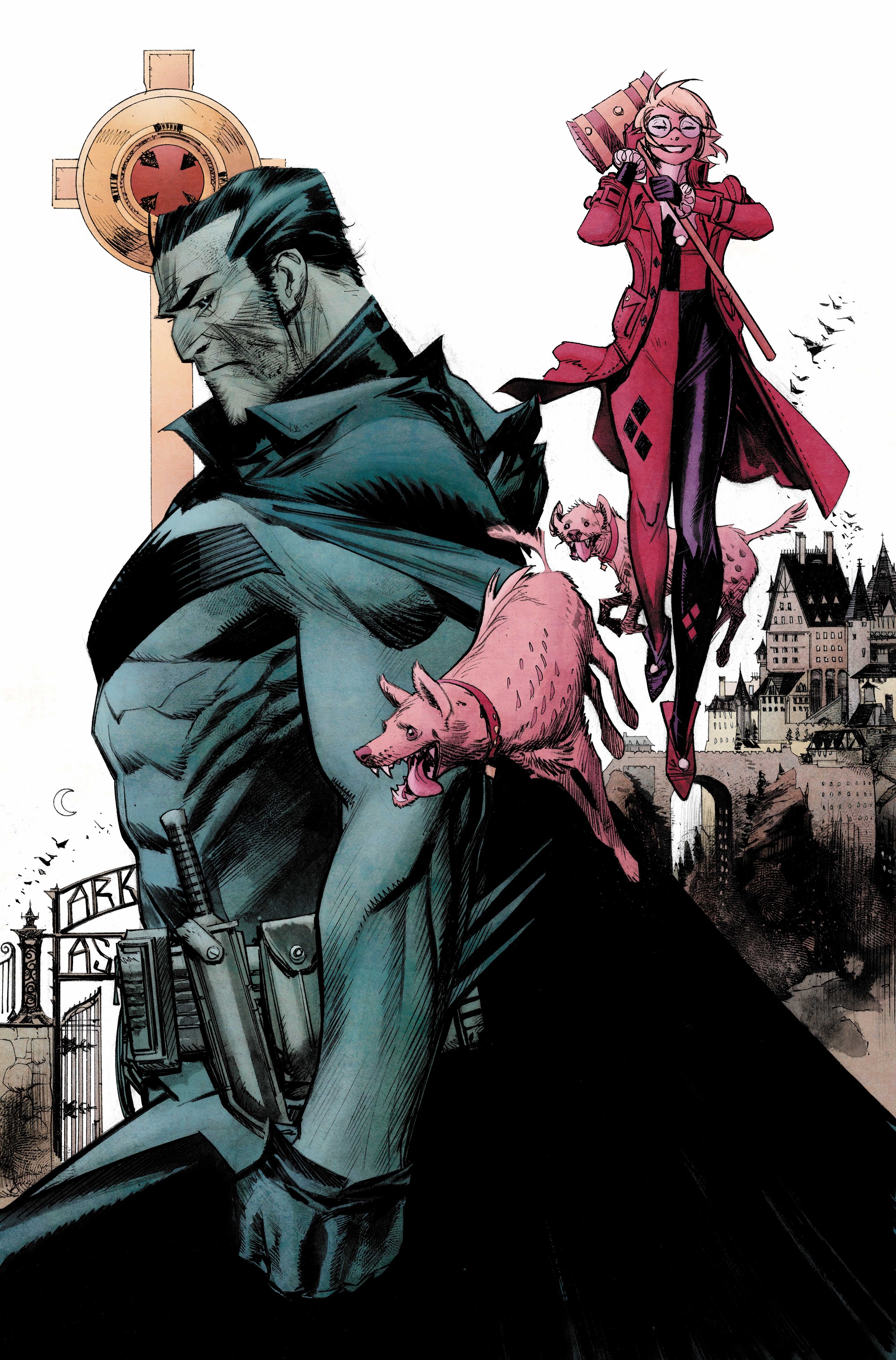 Batman: Curse Of The White Knight #3 is a thrill fest from cover to cover, not just for our heroes but for Harley and Joker too. Azrael has attacked and made his bid to become the new Batman, by dropping the Dark Knight and his Batmobile into the Gotham River. The action in this issue begins there, and is the catalyst to Batman making some incredibly risky decisions.
Sean Murphy is using the Black Label format to its fullest advantage, by crafting a tale with no limits and no restrictions. This edgier, riskier imprint can give readers stories that standard stories, set in a universe where they have to stick to certain rules, can’t. The audience receives a richer, scarier and more thrilling experience because of it. The creative freedom that this Elseworlds-type “Murphyverse” affords this incredibly gifted writer/artist cannot be overstated. Murphy is cutting loose, and we’re all reaping the rewards. Batman, Joker, Harley, Azrael; characters we’ve been following for years, if not decades, feel vibrant, fresh and brand new in these pages. 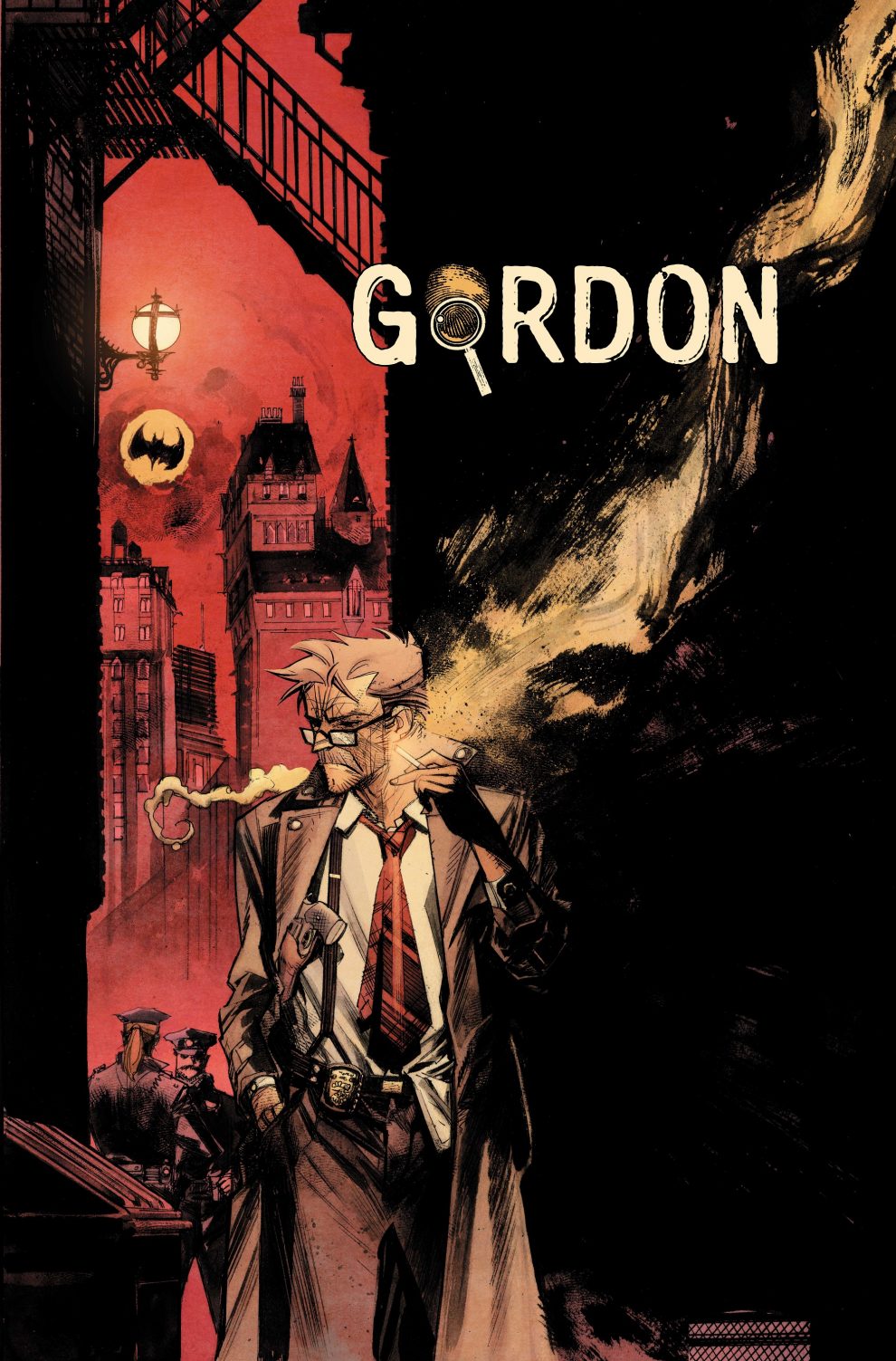 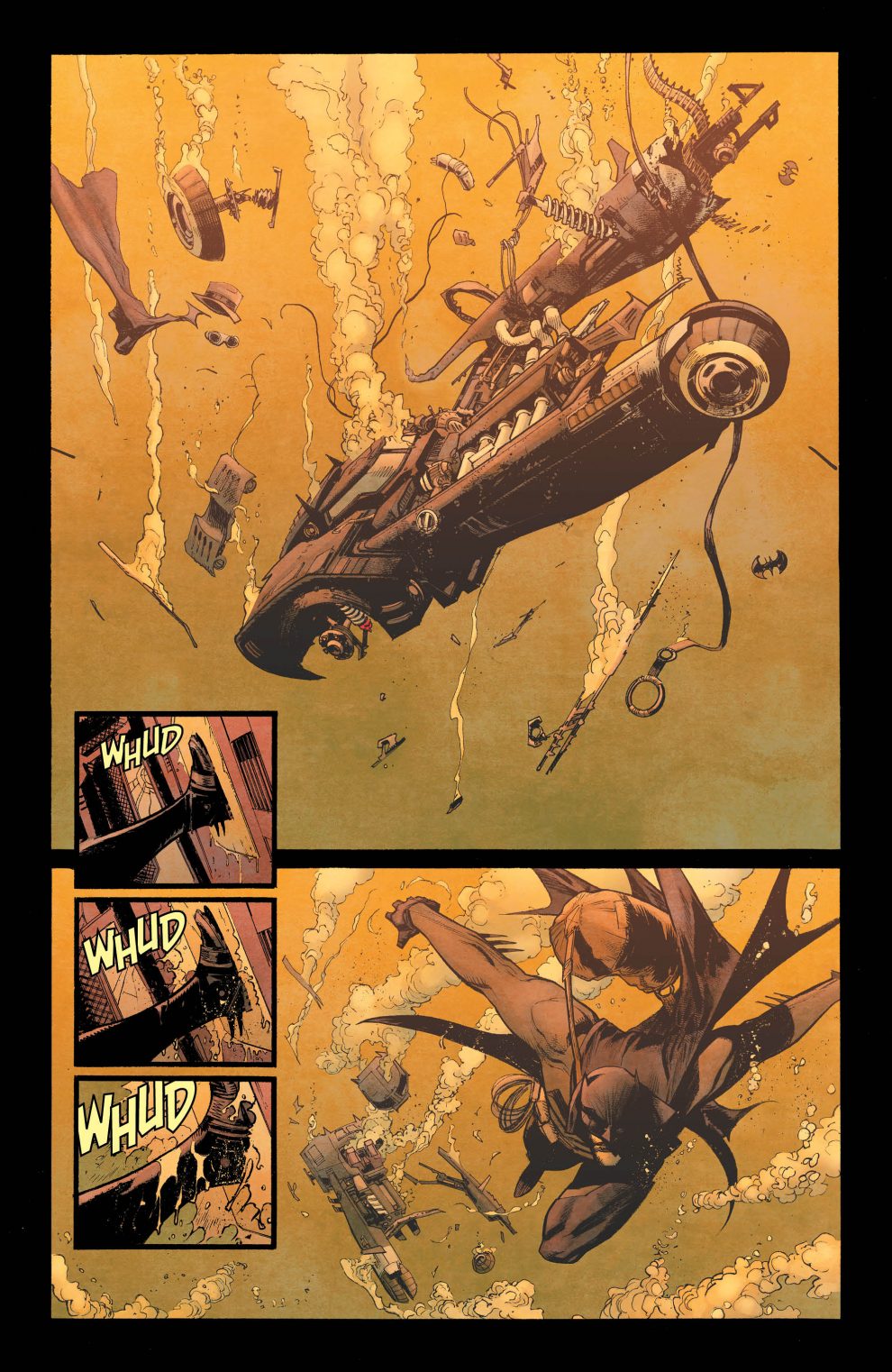 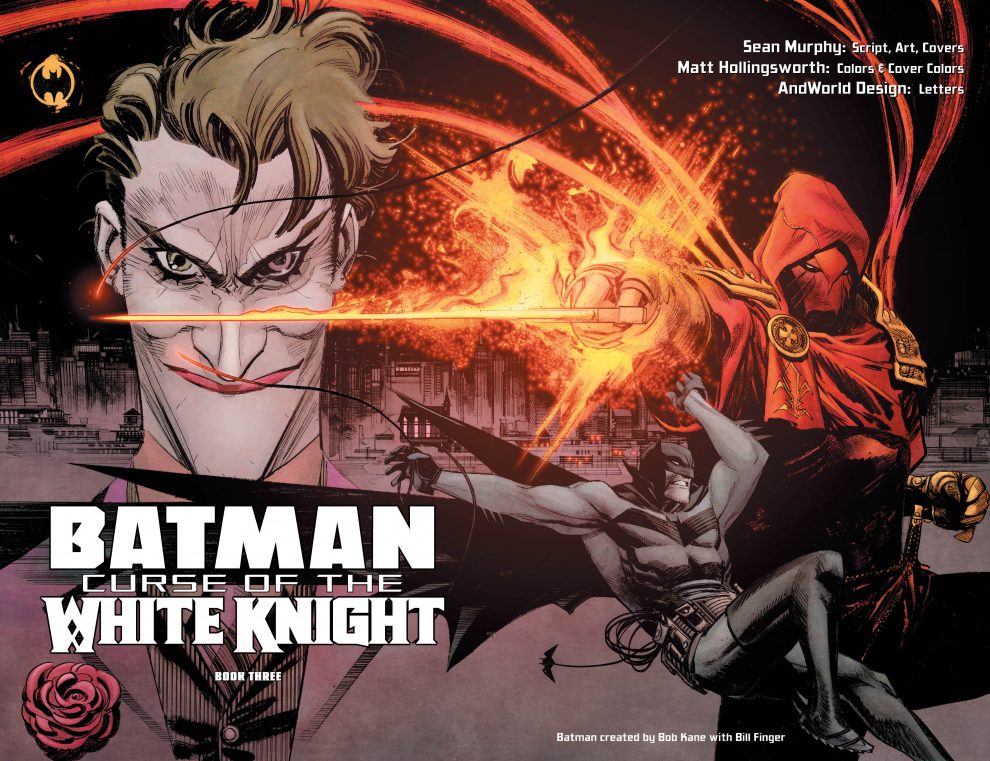 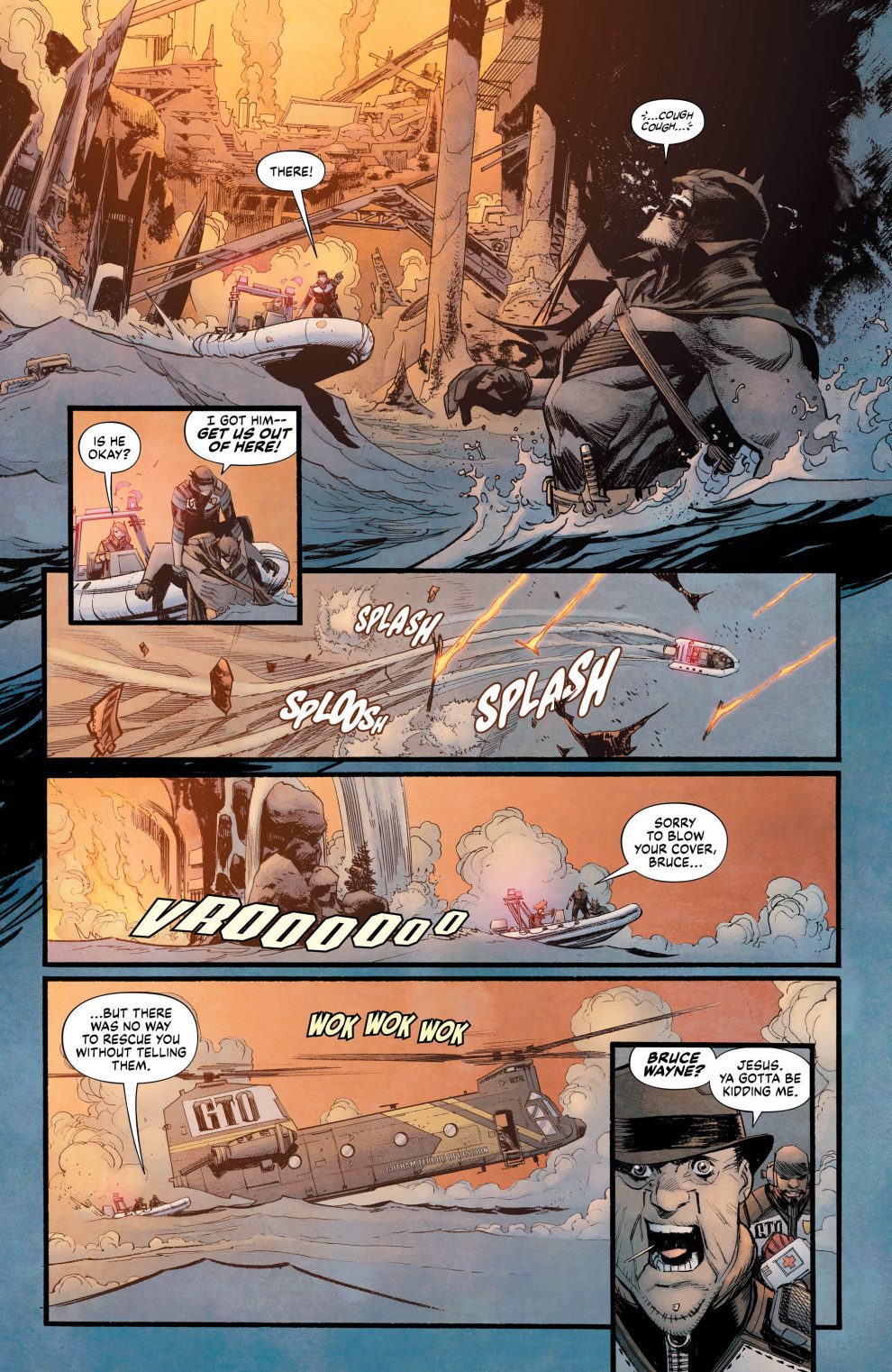 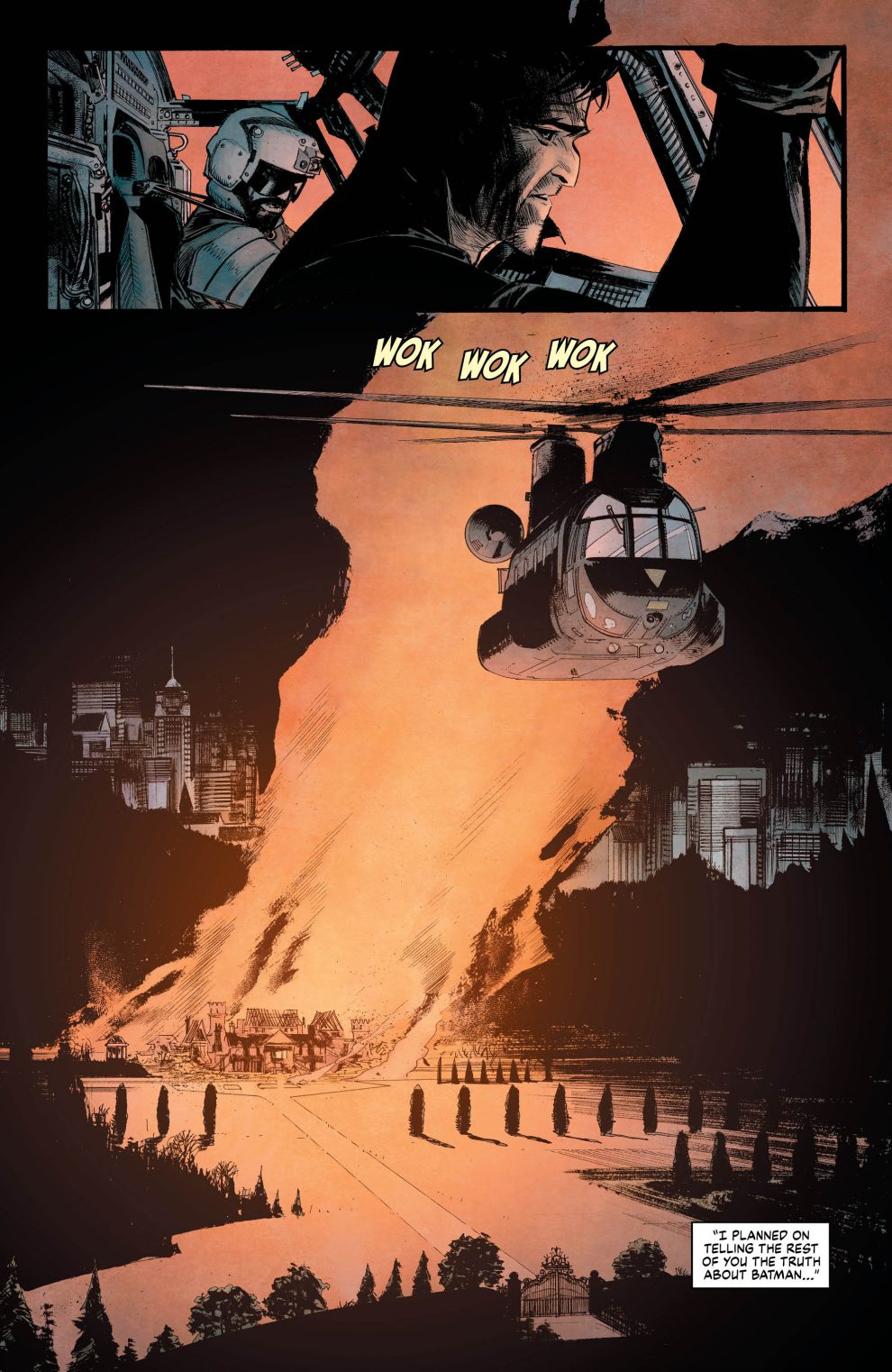 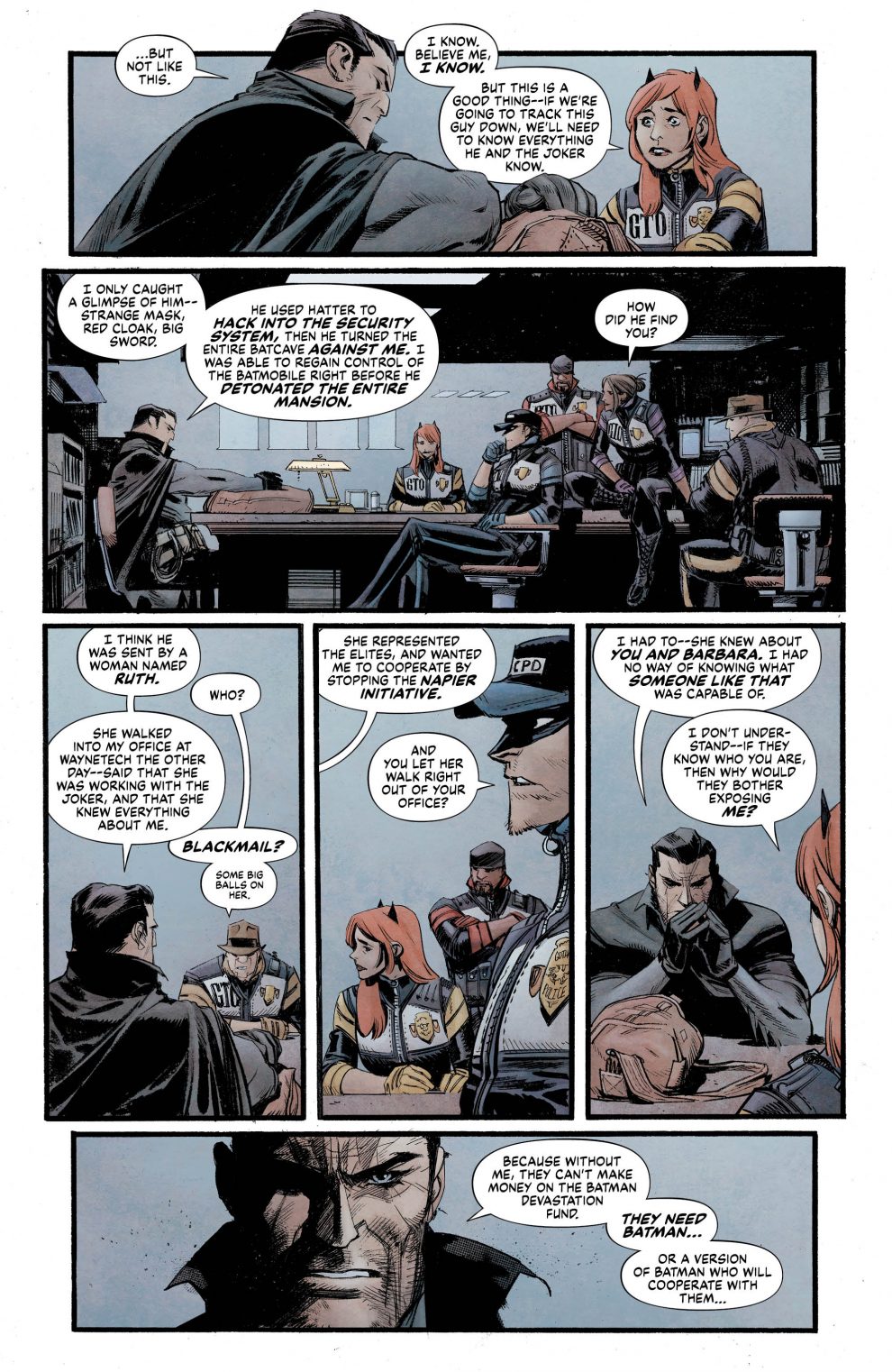 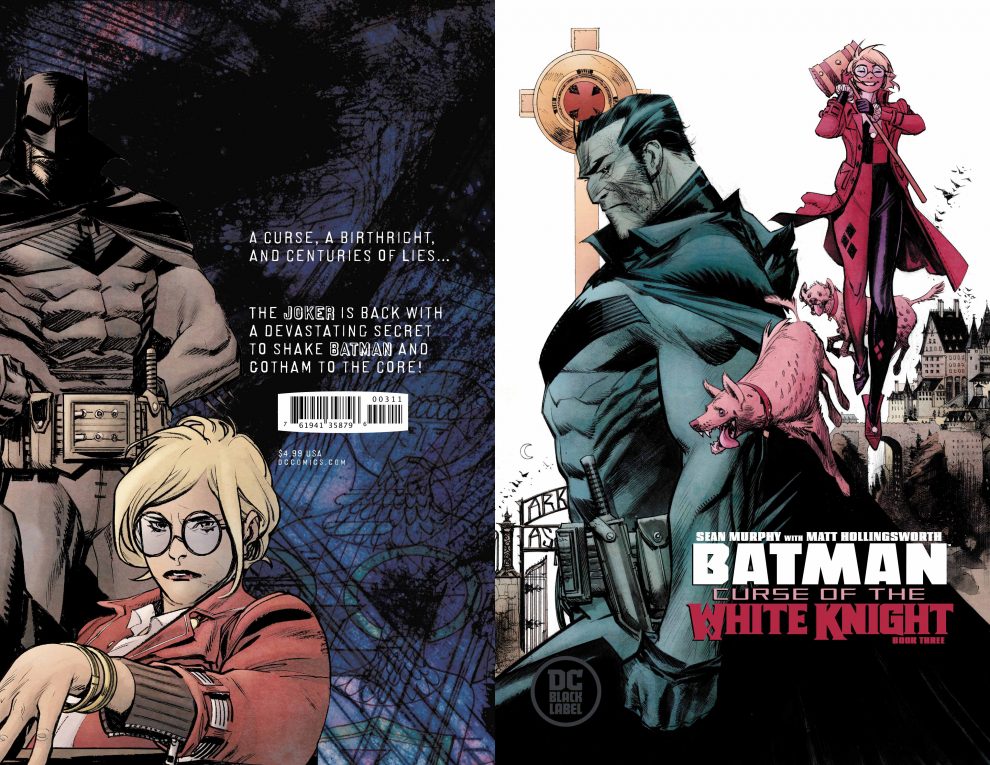 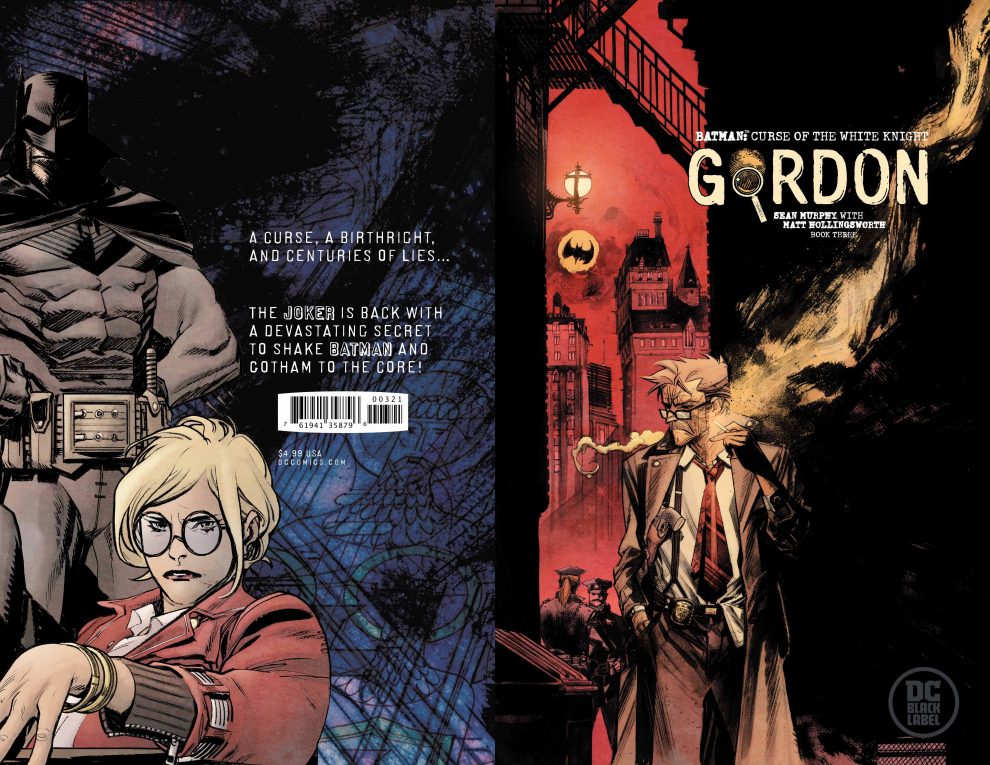 Murphy’s art is as rich and powerful as his writing. From his all-new character designs, to having a pregnant Harley Quinn and a Bruce Wayne that’s put in a position it would be difficult to envision his “comics-canon” counterpart ever being in, are all a joy to witness… if you love having your nerves jangled and not knowing who’s safe fun, that is. As always Matt Hollingsworth and AndWorld design have proven to be the perfect team to make the series complete, as they polish the diamond that Mr. Murphy has uncovered to Koh-i-Noor levels of perfection, shine… and danger.
Harley Quinn has always been a force to be reckoned with, but add her pregnancy to the mix and everyone needs to take a step back… she’s gonna be one tough mother! It’s a shame that her “puddin'” is as selfishly psychopathic as ever, but what more could anyone expect from the Clown Prince Of Crime? Honestly though, I think that even Joker could find himself on the losing side if he ever decided to go up against his, and his alter-ego Jack Napier’s, former love.
Batman: Curse Of The White Knight #3 is full of stunning moments: Bats rallying to defend Harley’s honor against Mr. J, Azrael’s first appearance in the issue, moments shared between Bullock, Gordon and Montoya, and Jim’s shocking confrontation with the man who would be Batman, to name just a few.

This issue was perfection, in all honesty. Then, just when you think things can’t get any better, there are four pages of the clean, B&W line art from the next instalment presented at the back of the issue, to further entice us back for more.
I didn’t need this particular carrot, but am pretty darned happy to receive it.