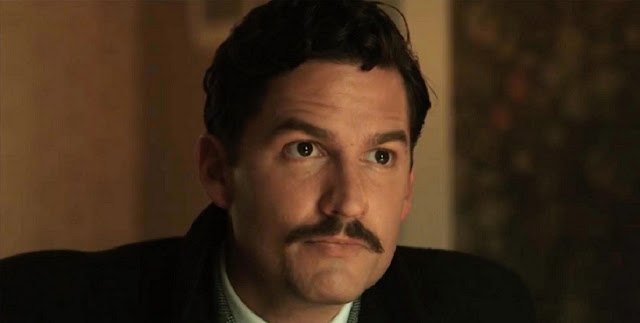 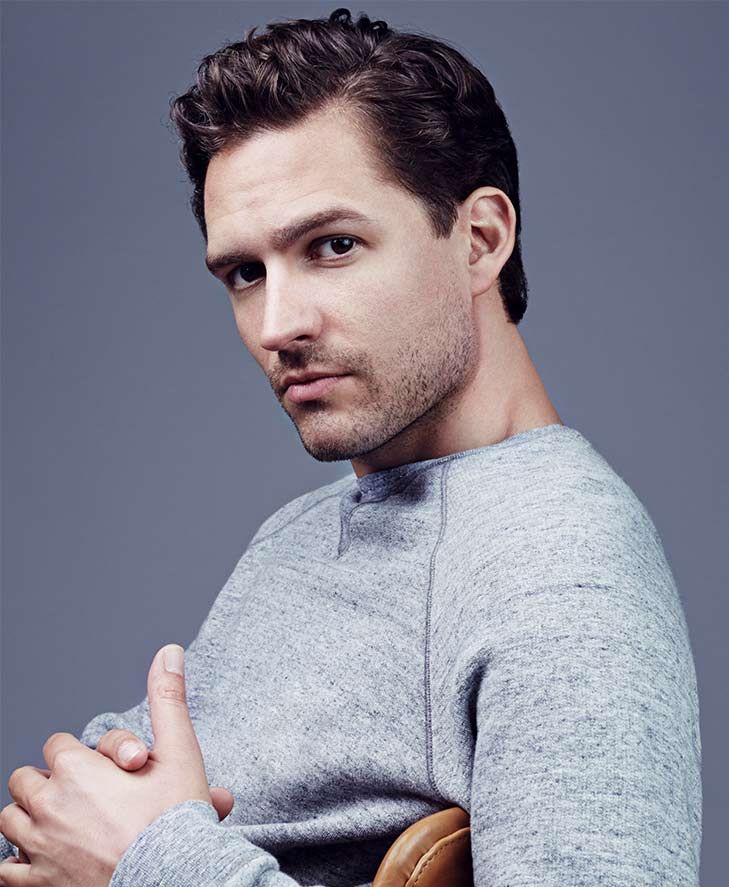 Ben Aldridge is a respected British stage and screen actor and a graduate of the London Academy of Music and Dramatic Art. He has starred in numerous stage plays, including the Almeida Theatre’s production of American Psycho, where he played the titular character Paul Owen, a role made famous on screen by former Batman actor, Christian Bale.
He’s particularly well known in the U.K. for the BBC’s original drama series Our Girl , in which he played Captain Charles James,for many years. Fans in the U.S. may recognise him from The CW’s series Reign, where he played King Antoine.
I was fortunate enough to catch up with the cast of Pennyworth, speaking with them and attending their panels at the most recent MCM Comic-Con at London’s Excel. 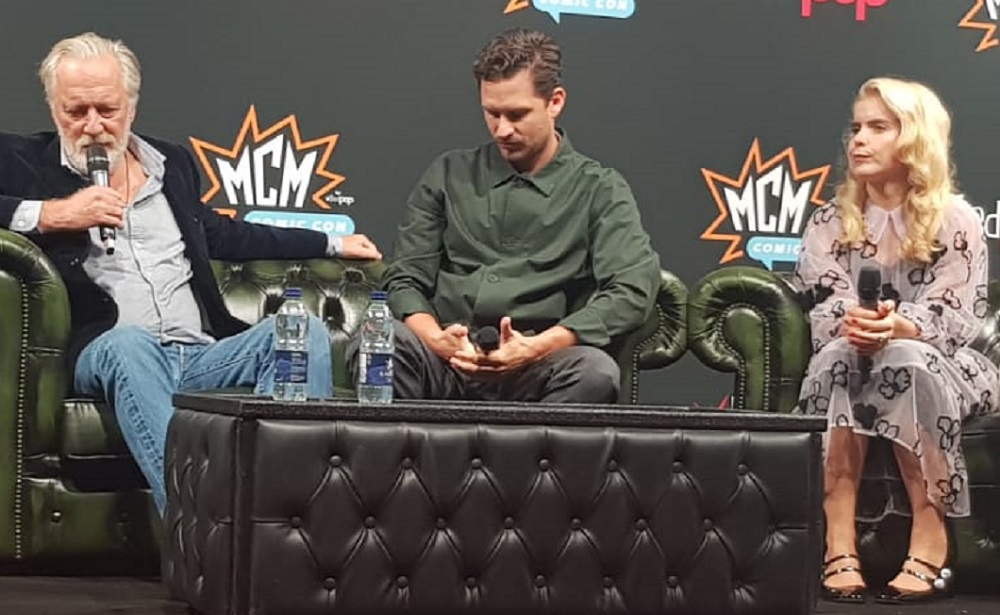 Everyone knows who Thomas Wayne is, we’ve all seen him before… but not for very long.

Ben Aldridge: He’s pretty short-lived isn’t he? He just dies… I think that what this series looks at is that we know nothing about the character as a young man, as a real man,or his past. I was surprised to find things out as I was reading it… the world that he’s caught up in, in Pennyworth.
I know that in the comics he’s a surgeon, and that in Pennyworth he’s kind of in a much more covert… he’s wrapped up in a shady business, which makes him quite fun. You’re not quite sure what he does, as the series moves along, as he’s kind of like this double agent. It was really exciting trying to flesh that out, and to discover these characters as we were making the show.
Each time we opened an episode – we filmed it episode to episode – we were discovering new information every time about them, which is an exciting way to make a piece of TV. 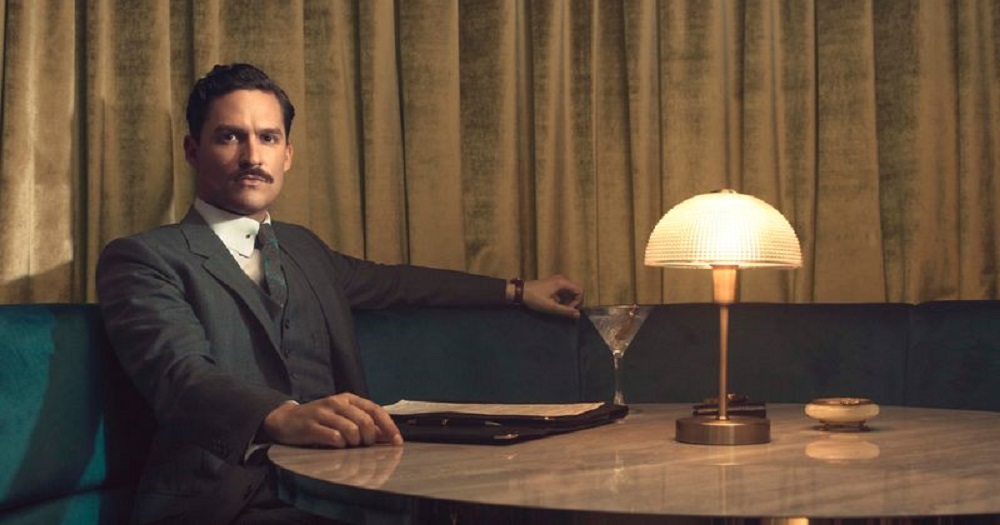 Thomas Wayne – revered in the comics… a bit of a  d!(# in Pennyworth?

BA: (Laughing) That’s an accident… that’s just me. That’s just what I brought to it naturally. He’s slippery, I guess, in terms of how Alfred sees him, he’s a little bit annoying as well. He’s very dramatic, and tense, and he’s always kind of causing a scene. It’s high stakes, and he’s very stressed out in every scene that he’s in, which is really fun to play, because he’s nothing like me. To be fair, he does have his good side, he does have his moral core, doesn’t he?

During auditions they were talking about Cary Grant, as somebody they were basing the character on. So, yeah, I started watching his films, tried to be as charming, and magnetic as he was, which is no mean feat… North By Northwest was an incredible film to watch, and Thomas is in a similar kind of predicament in episode one, and throughout, in a way. So, that was a good thing to take inspiration from, for sure.

BA: Paloma (Faith, who plays Bet Sykes in the show) said I have to use my hashtag, which is #BatDaddy (laughs).
I guess that in a way we know where (the characters) end up, and we know that he’s kind of the upright, upstanding citizen of Gotham, a philanthropist, with this strong kind of moral backbone. I’ve definitely got my eyes on that, but it would be boring if he was just that straight away.
What the show does explore, and what it’s hopefully going to explore more, is how he gets to be that good person. He’s put in a lot of morally compromising positions throughout the series, and hopefully even more as we do more. He ends up being drawn into a darkness that he didn’t know exists within him.
It’s knowing where it’s going, but taking an interesting route to get there.
I went home recently, about two months ago, and was looking through an old photo album of my parents that I’d never seen before, in the 70s. They were kind of like hippies, and I didn’t know anything about that period of their life, and I would say it’s a little bit like that. It’s a little bit like Martha and Thomas, it’s opening the Wayne photo album and seeing who they were. That’s fascinating; it’s the intrigue, it’s their DNA, and their personalities… what of them goes on to become Batman?
My dad wore crop tops! Crop tops, bell-bottoms and platform shoes… little belly tops. I was so impressed! 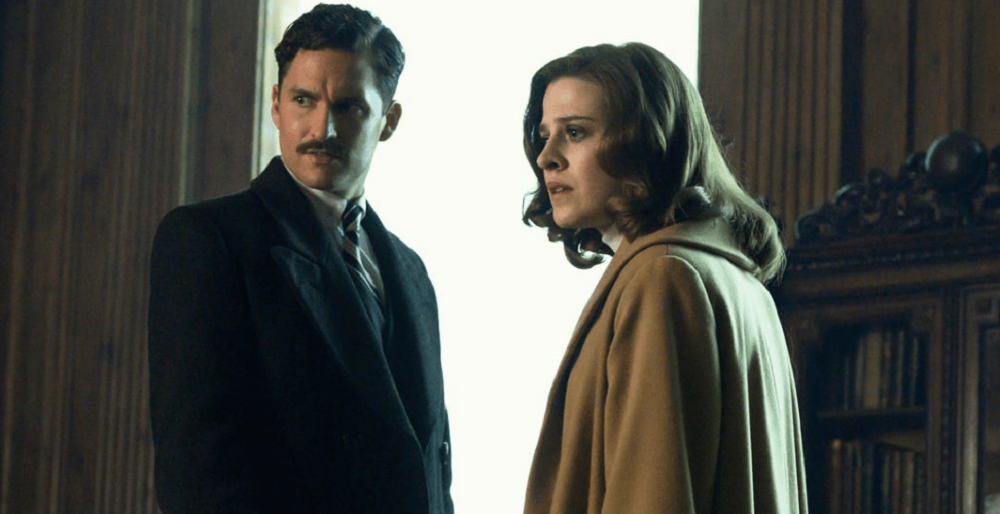 Things to look out for in season one… and the future

BA: Are we looking forward to it? Yeah, we’re all curious to see where it goes… we really don’t know, it’s all in Bruno (Heller)’s mind… it’s a strange thing to say, I think there are lots of surprises in it… but sometimes I watch the background, because there are some really weird things.
The thing that I like most about the world these guys have created, it’s this nostalgic, all at once like familiar version of 1960s London, which is totally flipped on its head and twisted, and made 30 degrees weirder. Part of that is our supporting actors, and the background artists, and the costumes… you’ll be in a normal scene, and someone will wheel a pig in a pram through the background, and it gets weirder and weirder as it goes along. I would say watch out for that.
It’s a very interesting world to try to get to know. It’s completely different to our world; it has different rules, a different structure, different politics and different entertainment.

I strongly urge anyone who hasn’t yet seen Pennyworth to do so. Ben Aldridge and the entire cast do a great job of turning our expectations on their heads and surprising us, week in and week out. I, for one, am very excited to see how season two continues Thomas Wayne’s journey.
Images May Be Subject To Copyright. Photo of Ben Aldridge, Paloma Faith and Bruno Heller by Daniel Belgrave.