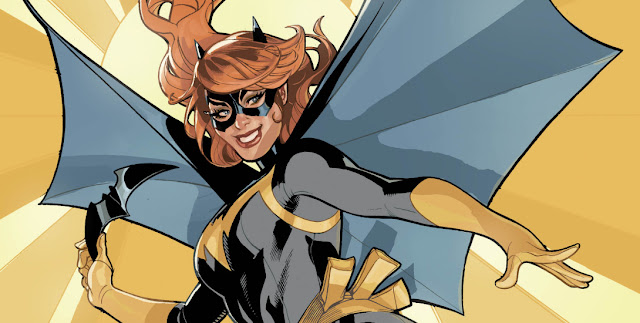 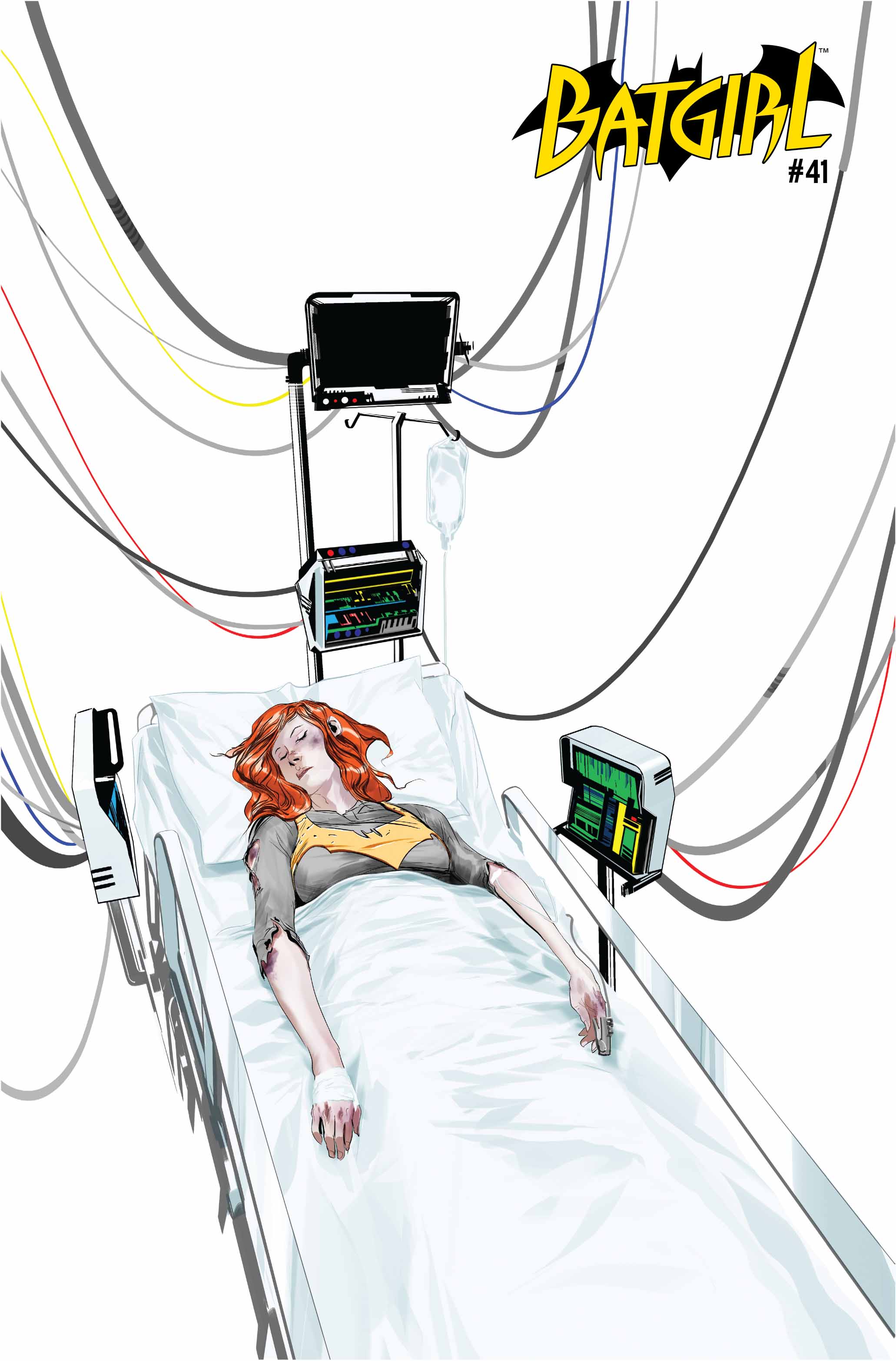 We keep leaving Batgirl in a bind lately… one too many punches to the soft areas in work, personal and vigilante life can really get to a girl. Batgirl has more badness coming her way, but maybe she can battle it with some bad-assery of her own in Batgirl #41. Has the fiery flame finally gone out? Or is there a small spark just waiting to ignite?

How are you supposed to breathe with no air?

Confession time, I’ve been having a hard time getting back into Batgirl ever since Mairghread Scott left the series. It has to be said that Scott left some big shoes to fill. Hey, Cecil Castellucci if the shoe fits, put it on and walk all over the reader. Castellucci came out swinging with Batgirl #41. There’s so much happening; drama, violence, romance, politics, friendship… and BATGIRL! Within the space of a very few pages, the writer takes all that in her stride and just throws caution to the wind. We see a lot of that mirrored in the actions of the characters within the issue. 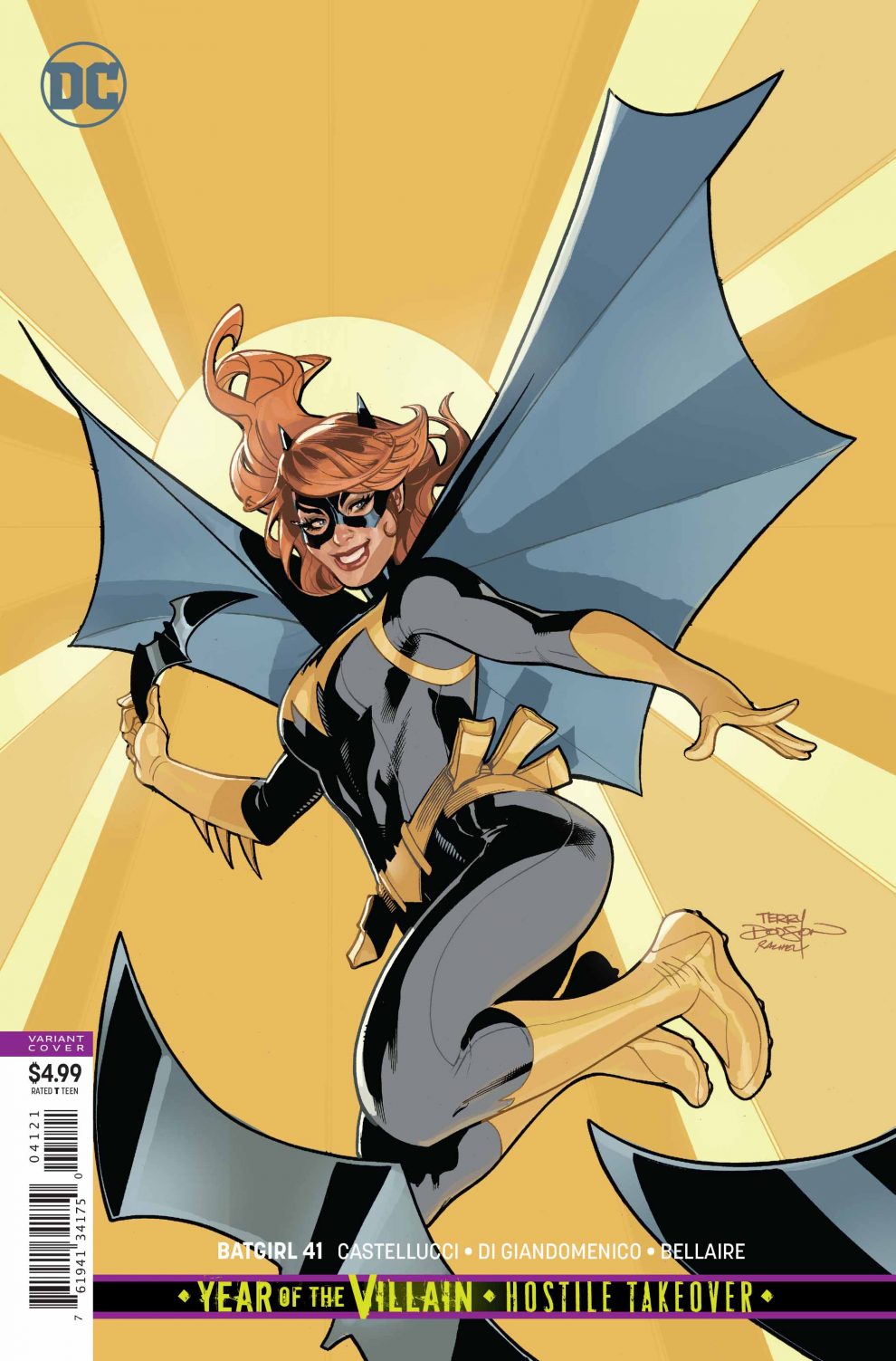 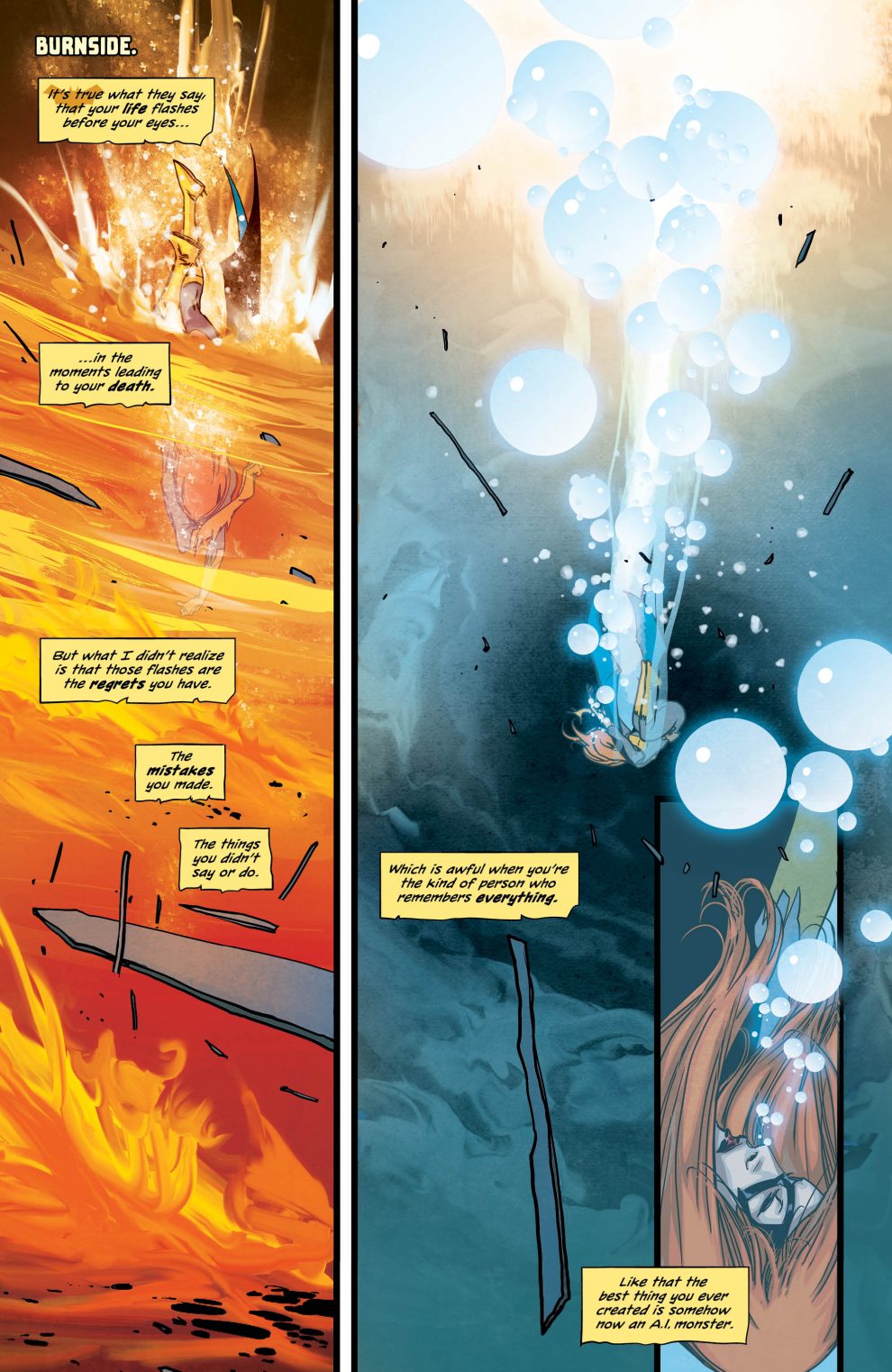 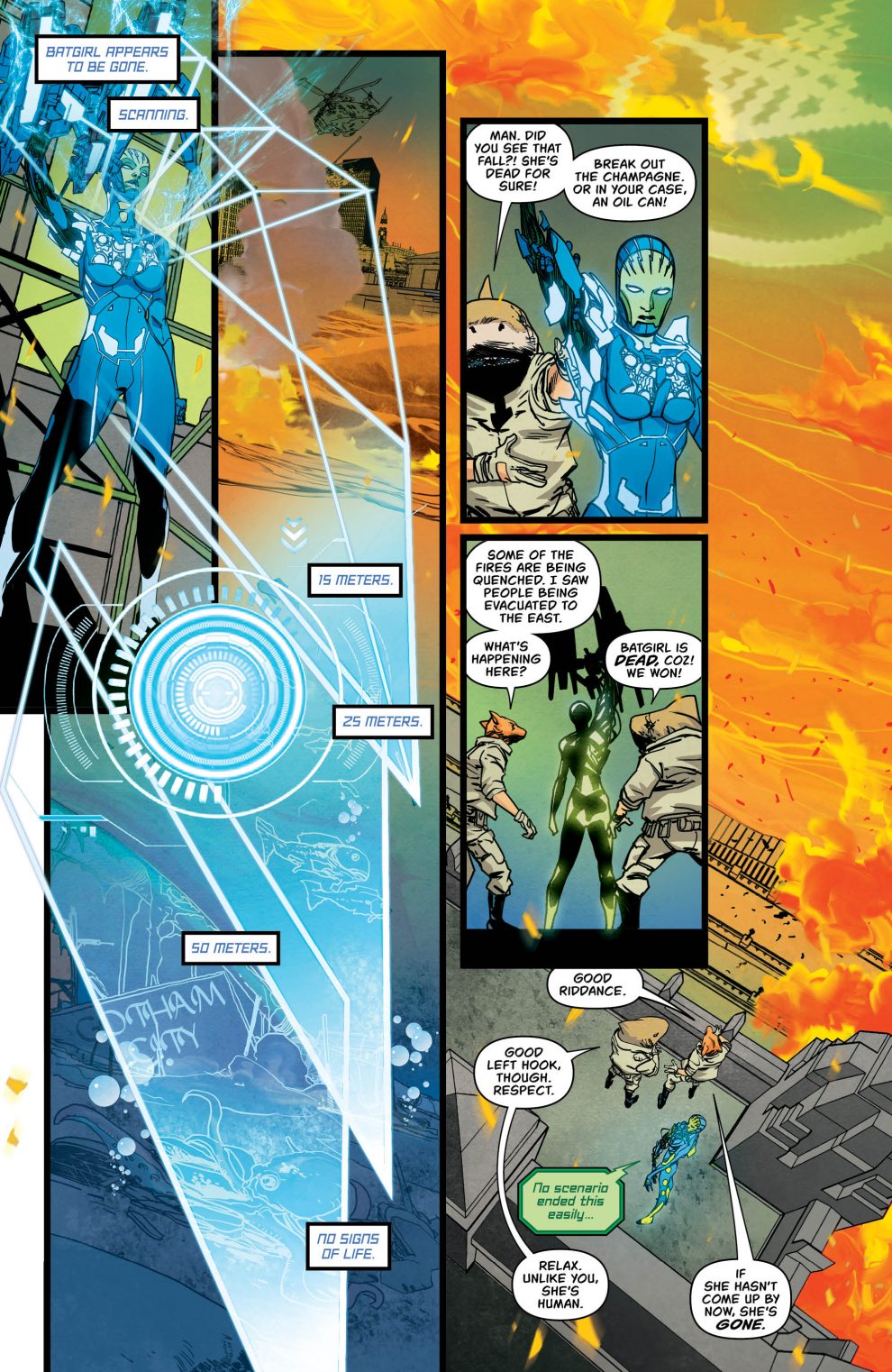 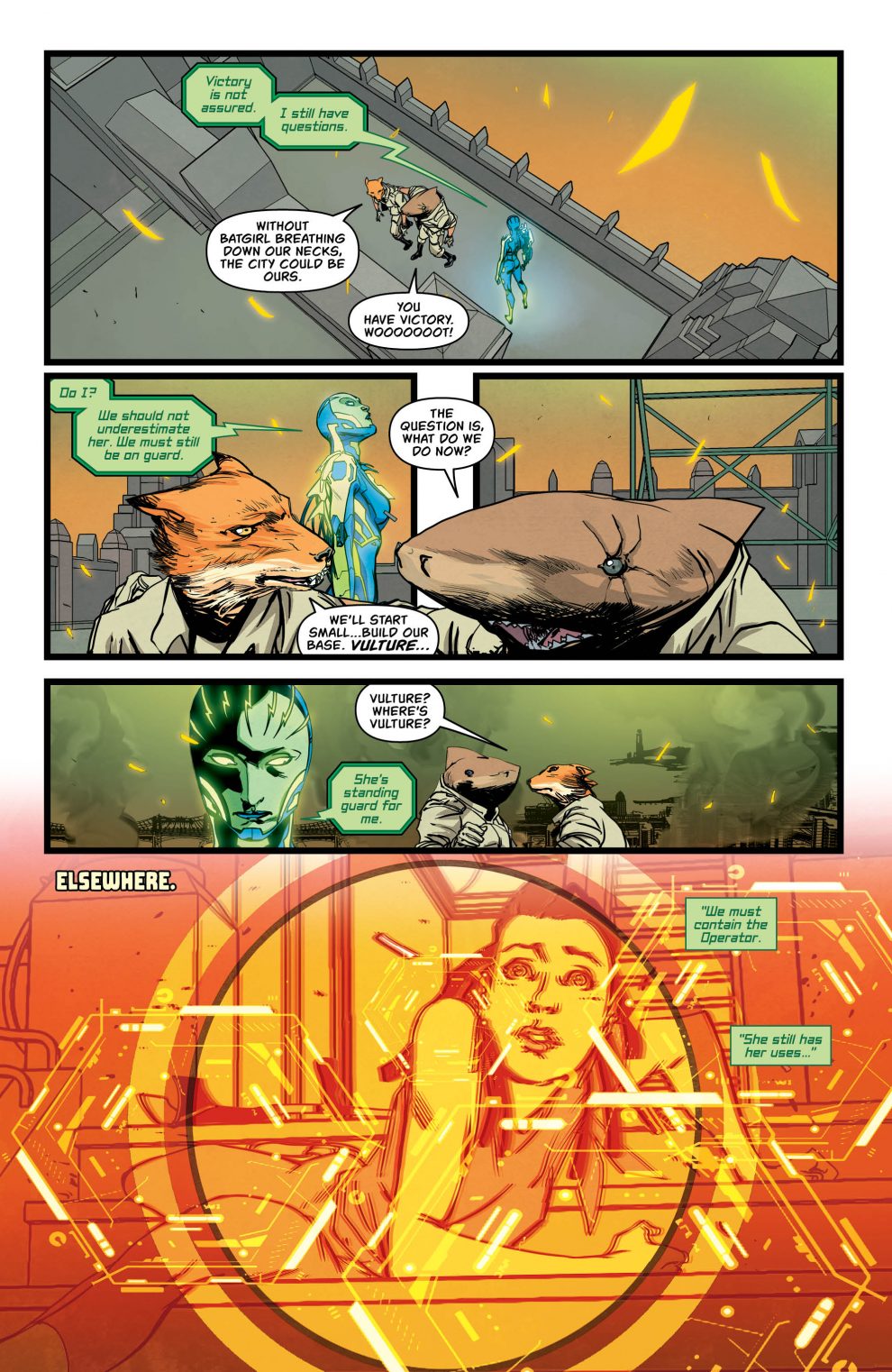 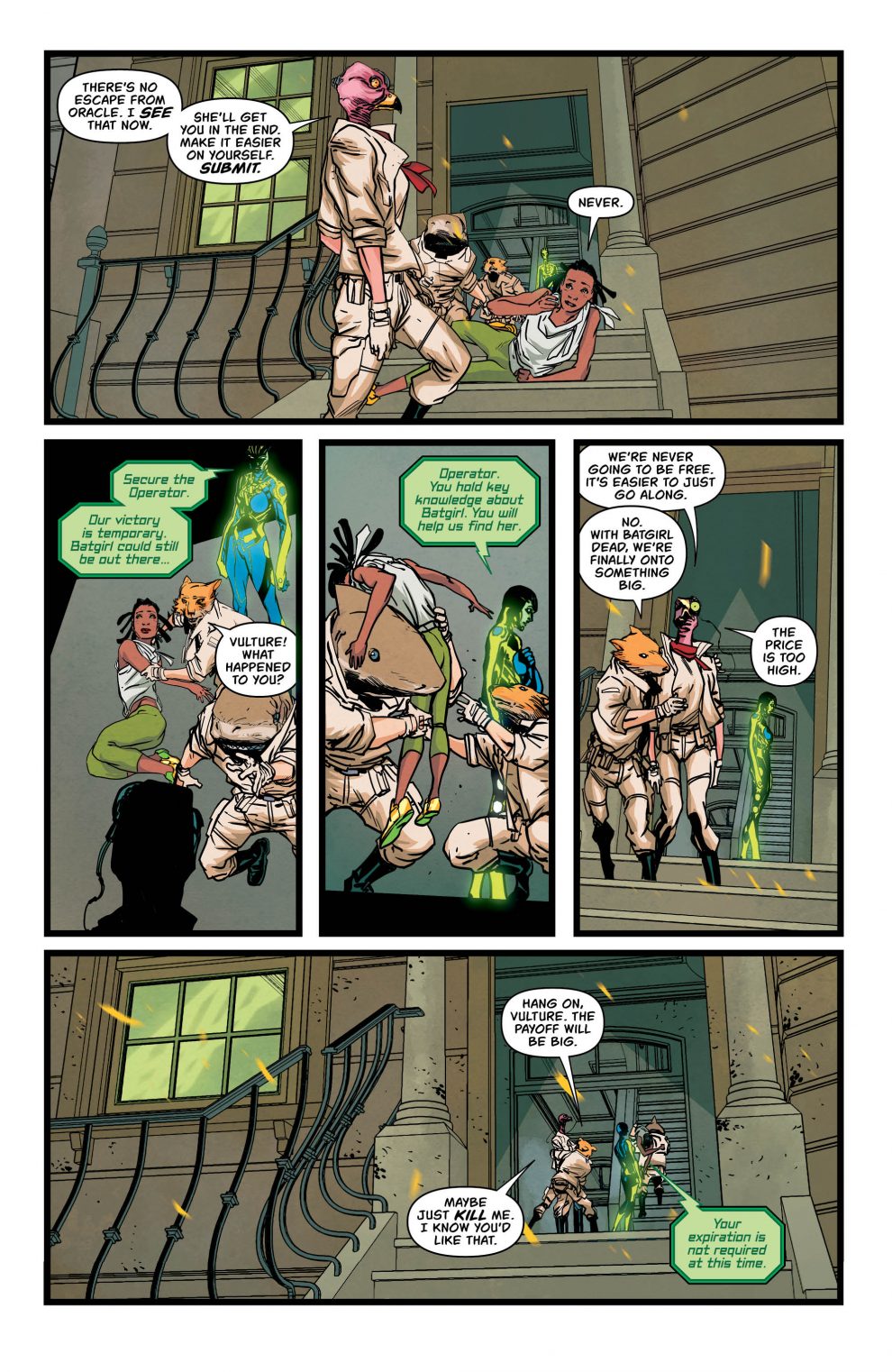 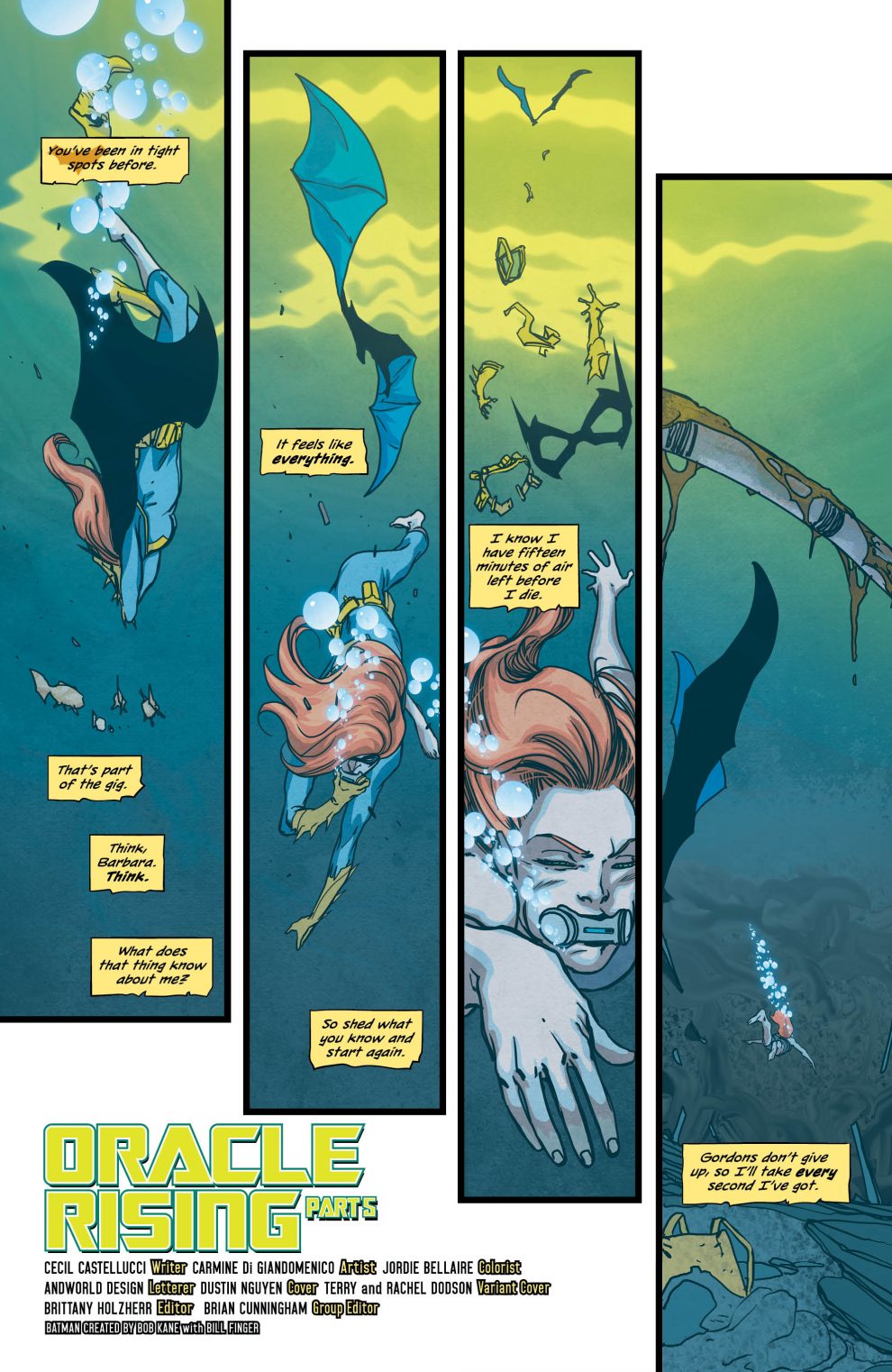 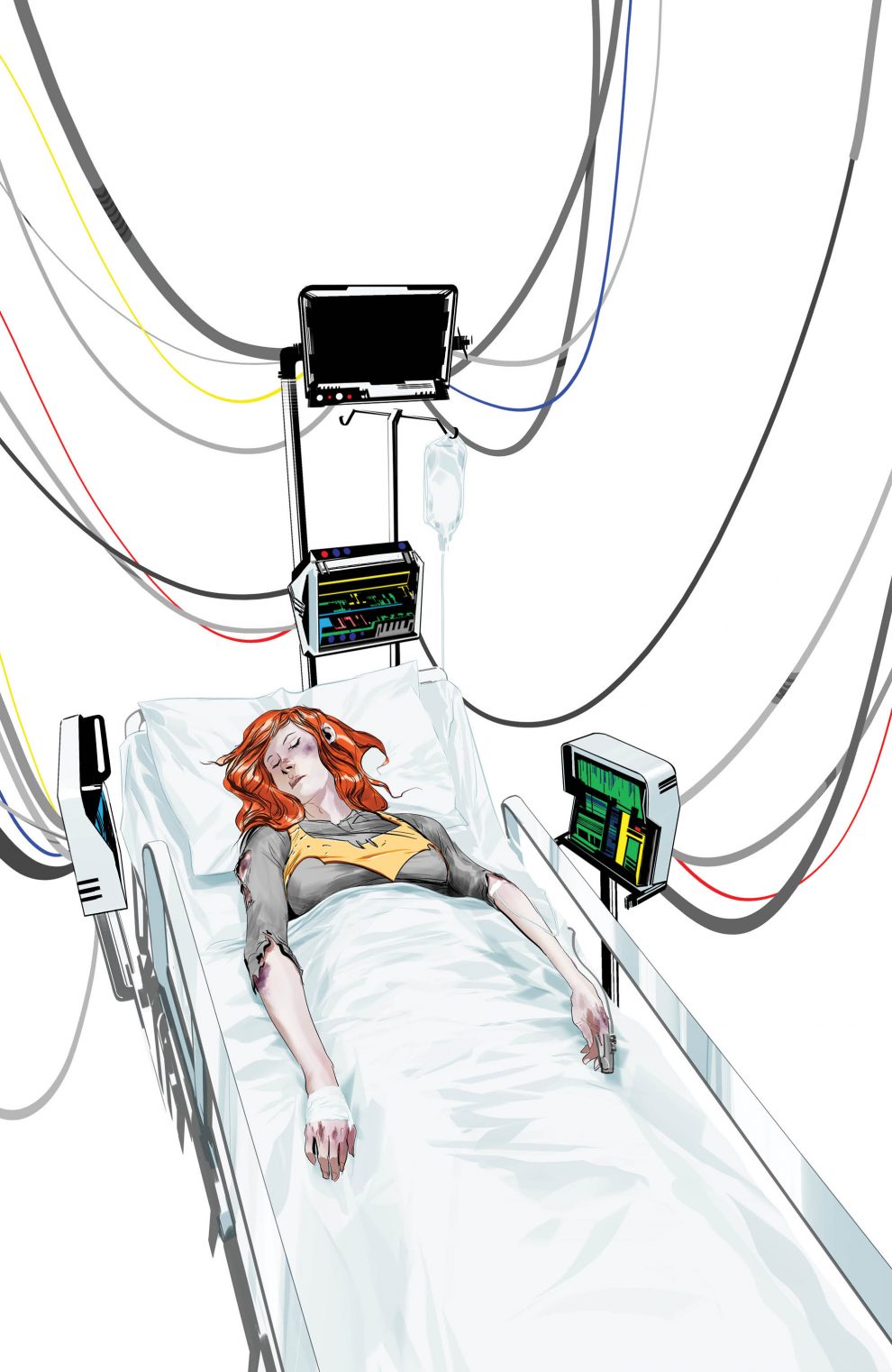 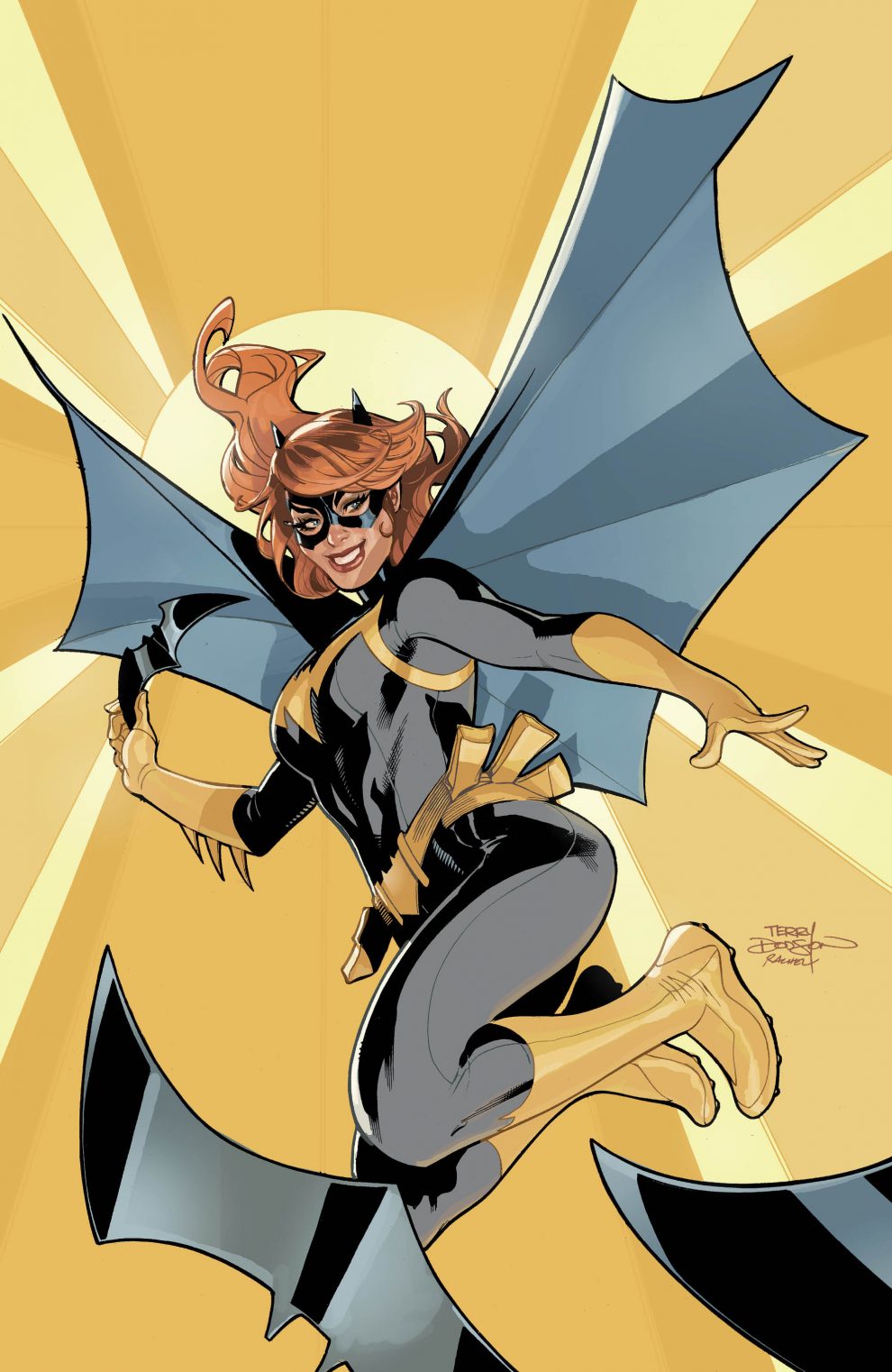 There are some great scenes with some “side” characters, we get to spend time with Frankie and Jason, to mention just a couple. Cecil has upped her game and it shows, when we see even more of Oracle’s diabolical side. This character has so much potential, apparently for now the intent of the potential is evil. If Castellucci keeps this up there might be no hope for Batgirl to win at all… okay, that might be a bit dramatic. The chances will be slimmer though, as Oracle seems to know what Barbara’s doing before she even does it. Time for a new tactic, maybe?

There seems to be movement on every page of Batgirl #41, so much so that when we do get a quite moment it seems slightly eerie. I’m not sure if that’s what Carmine Di Giandomenico and Jordie Bellaire were going, for but that’s what came across. The artists have done a fantastic job with the visualisation of a city in uproar, and chaos on the streets. The background work in general is so good that it should be in the foreground. However, then you would miss the amazing color pallet they’ve put to use. The different hues for the change in characters or situations is nothing short of masterful. There were several times that I revisited a page because I wanted to spend more time looking at, and appreciating the artwork.

Okay folks, here we have what I’d like to call a classic comic. The writing is great, the artwork is great and the way the story leaves you wanting to know so badly what happens next, you guessed it… GREAT! Batgirl #41 is easily one of the best that has come out of Cecil’s run so far. There’s so much more to go for Batgirl and her group of rag-tag friends.
Oracle seems to be on a path of destruction so fierce that I think even Batman would struggle to tangle with them. This issue pours on the tension for our red headed heroine, will there be any stress relief in the next issue?