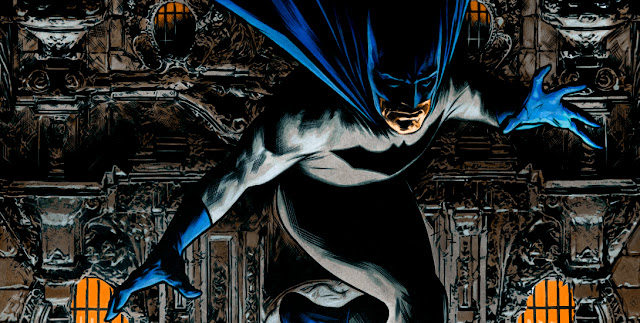 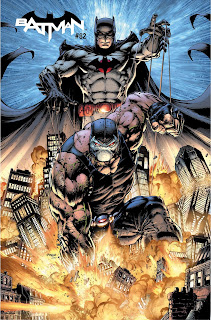 It's showdown time! After being kept apart for issue upon issue, Batman and Bane finally get the chance to go mano a mano. Following on from the wonderfully revelatory issue #81, which detailed Bruce's elaborate scheme, all shaped-up to reclaim his city, this brand new instalment of King's masterwork relied more on good, old fashioned, blunt force trauma. I'm talking hand to hand, stripped to the waist, pure violence. The chickens have come home to roost for Bane in a big, bad way.

"No masks, no help", is the name of the game. At least, in Bane's avaricious eyes it is. It wouldn't be Batman without a thorough back up plan. In this case, his trump card is of course, Selina. What ensues is a cathartic, brutal and hard hitting collision. With Bruce trying every trick in the book to bring Bane to his knees... both literally and figuratively. A well concealed pair of batarangs goes a long way. In short, the deck is stacked against Bane from the start. Despite his enormous physical prowess, this is a fight he could never hope to win. 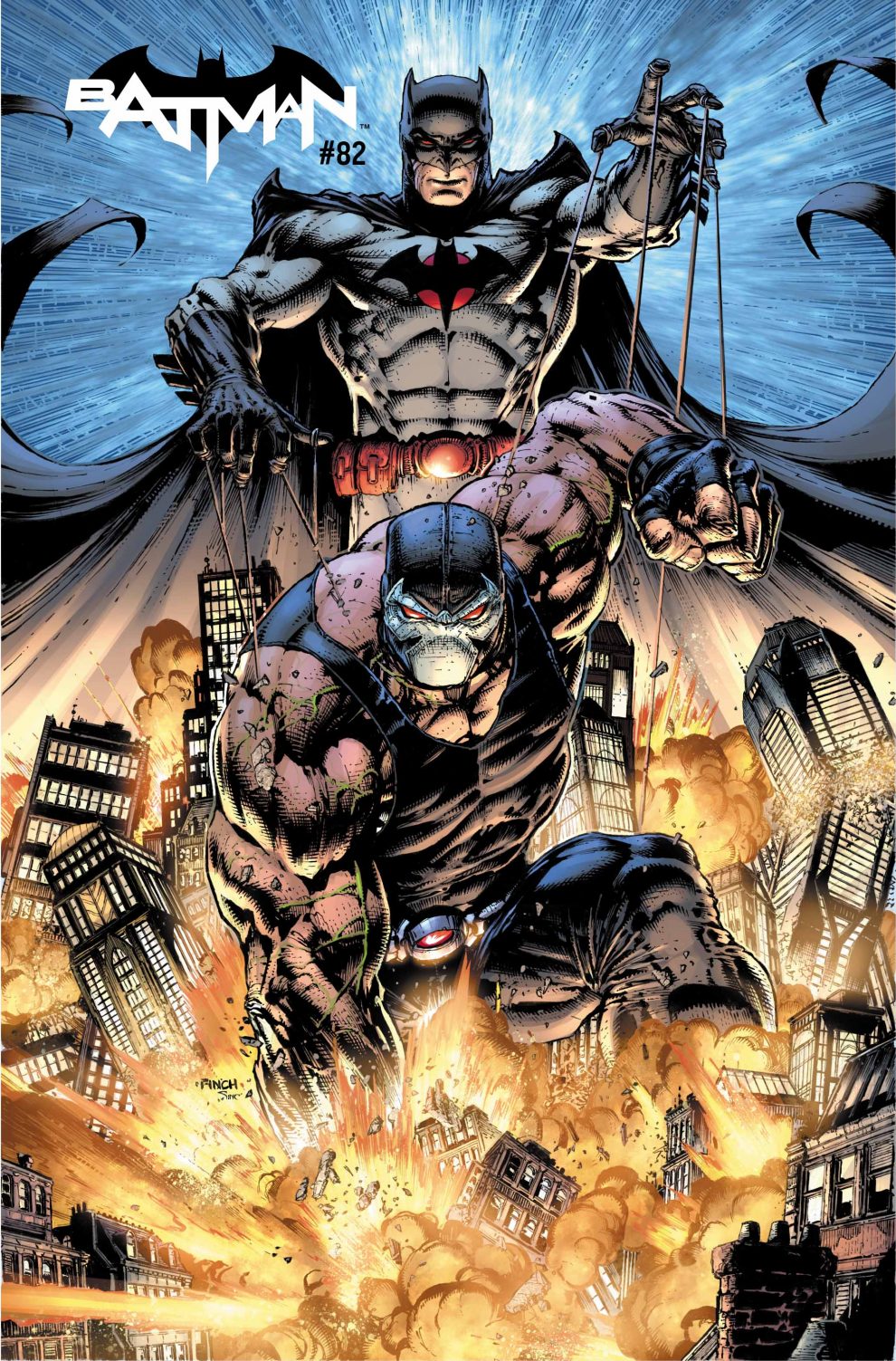 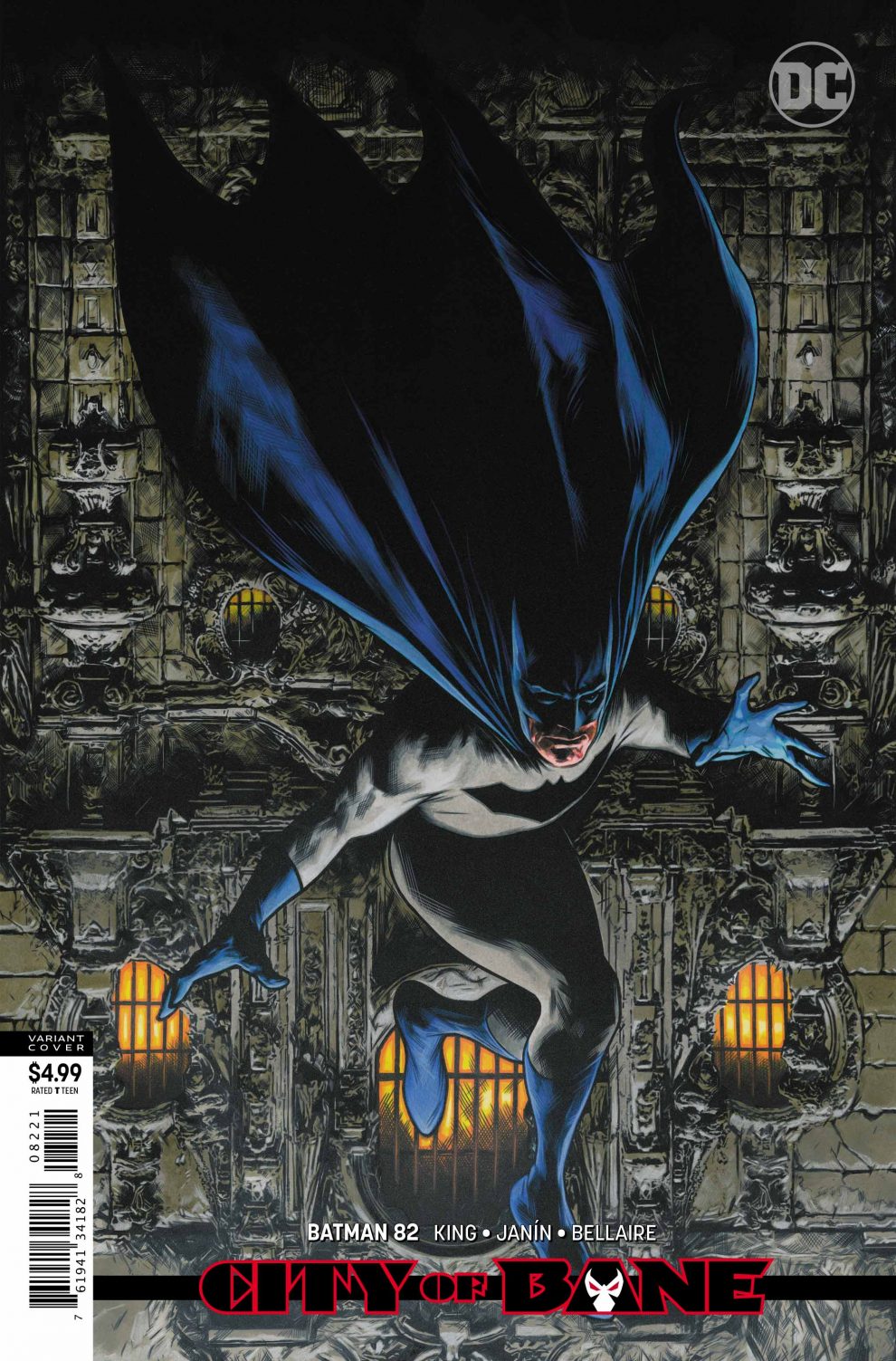 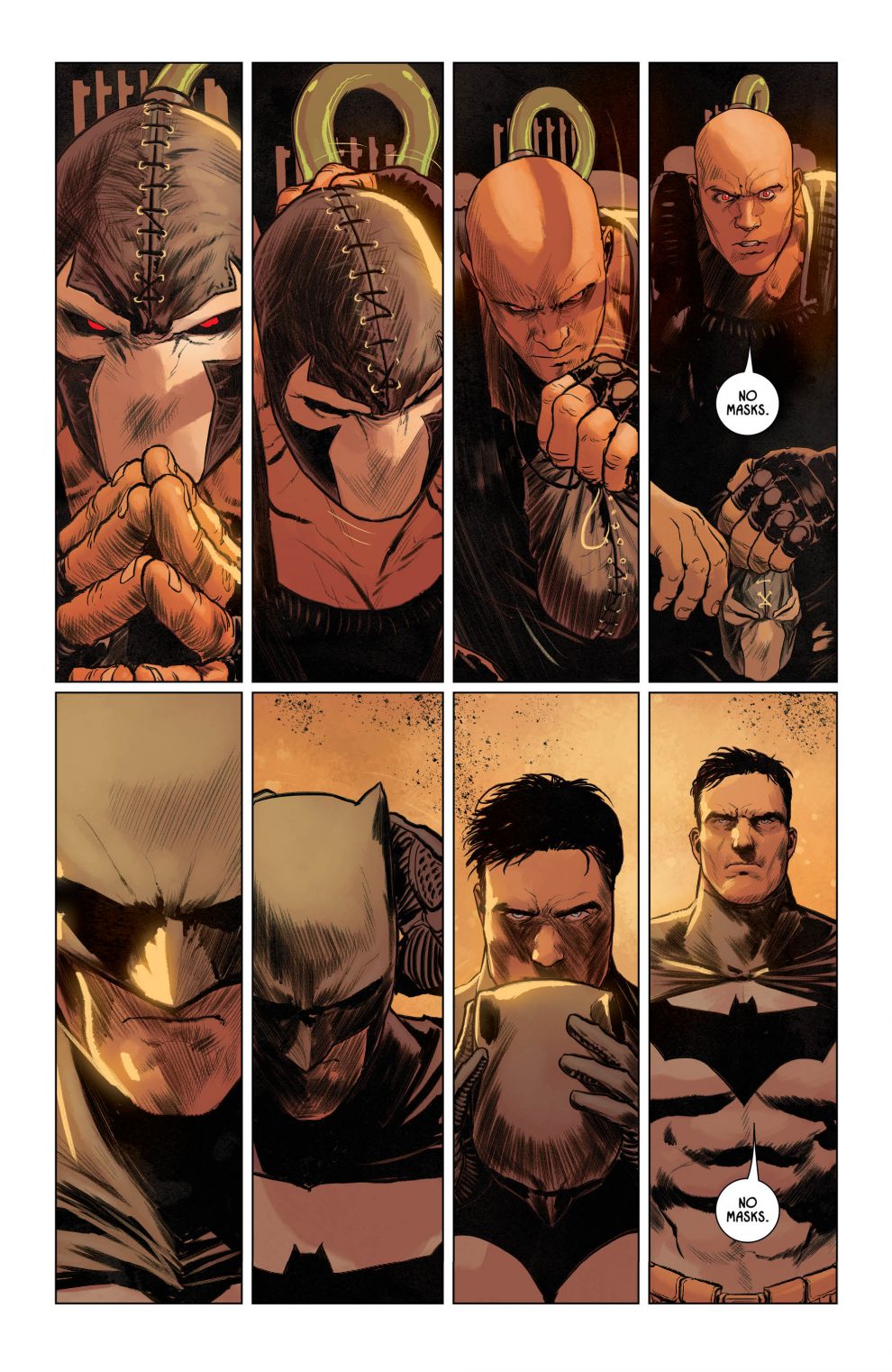 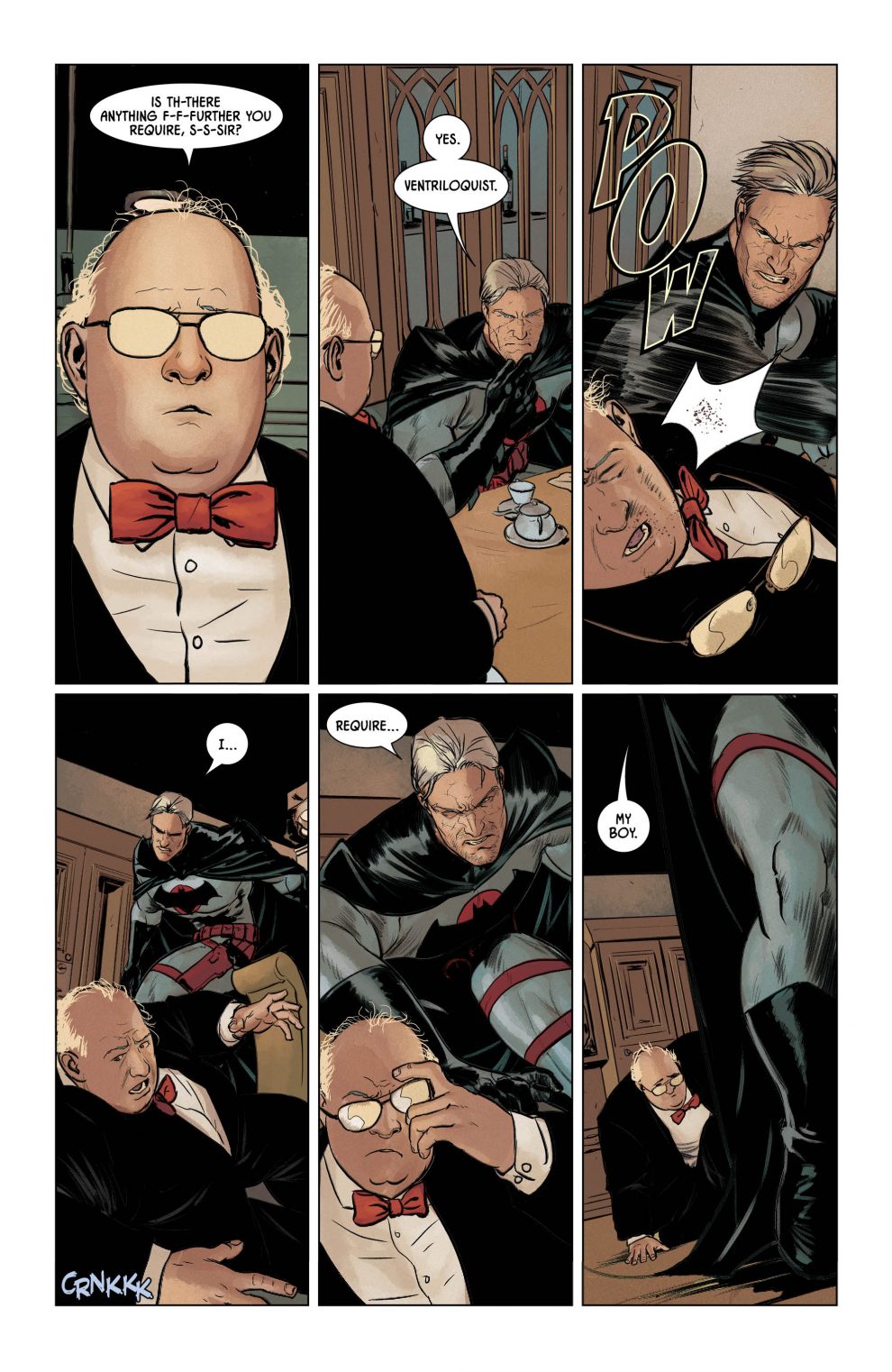 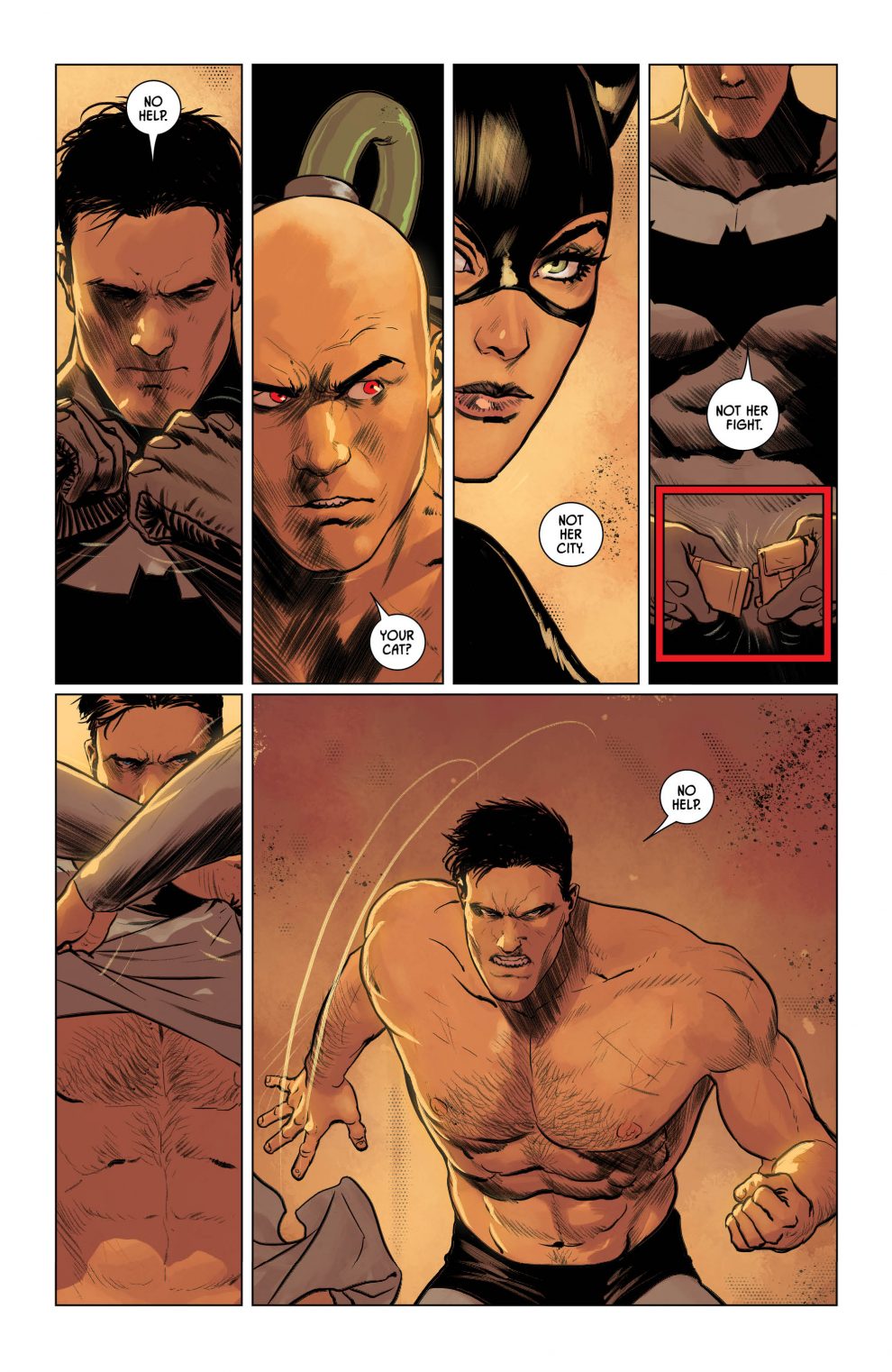 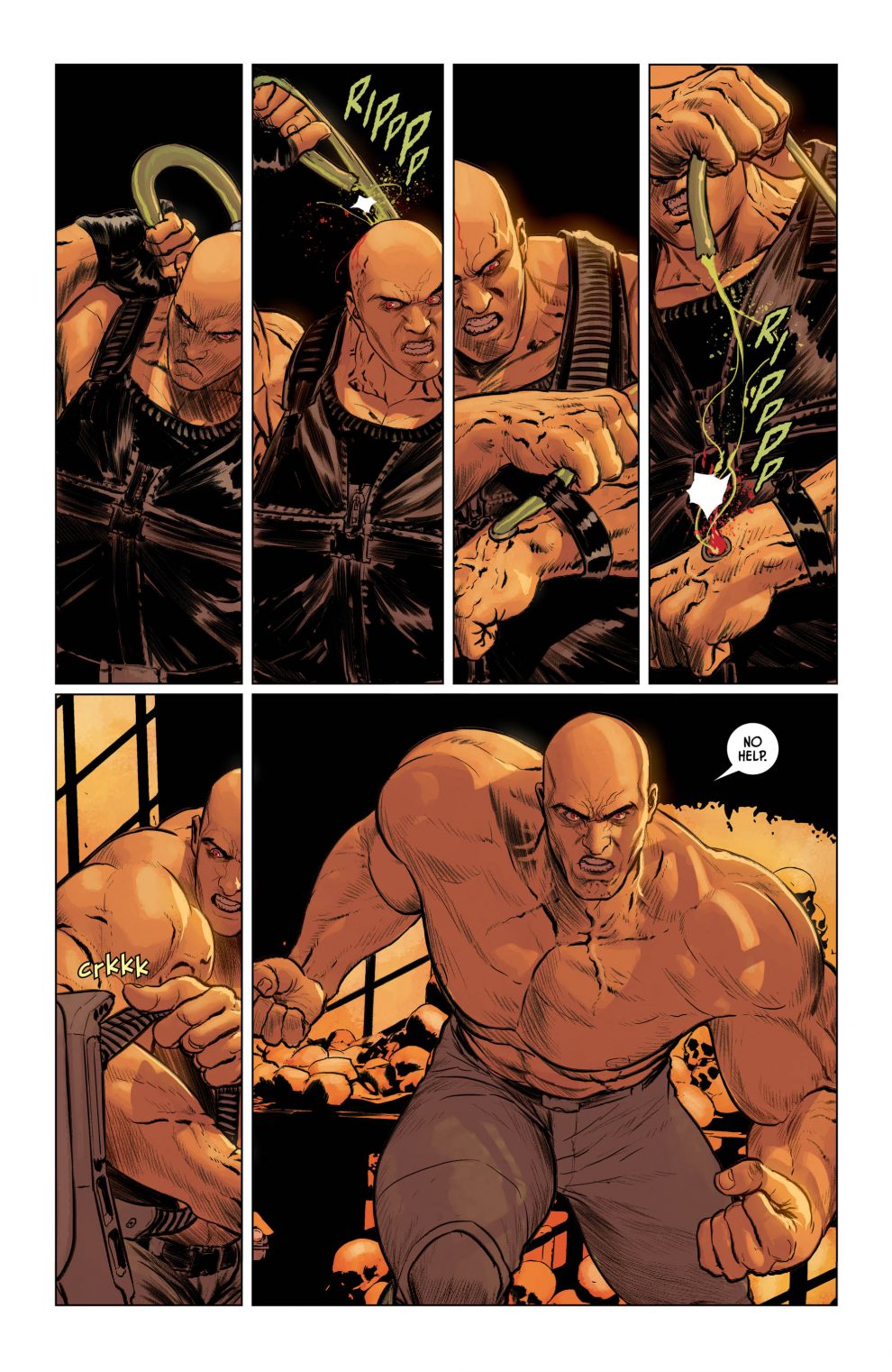 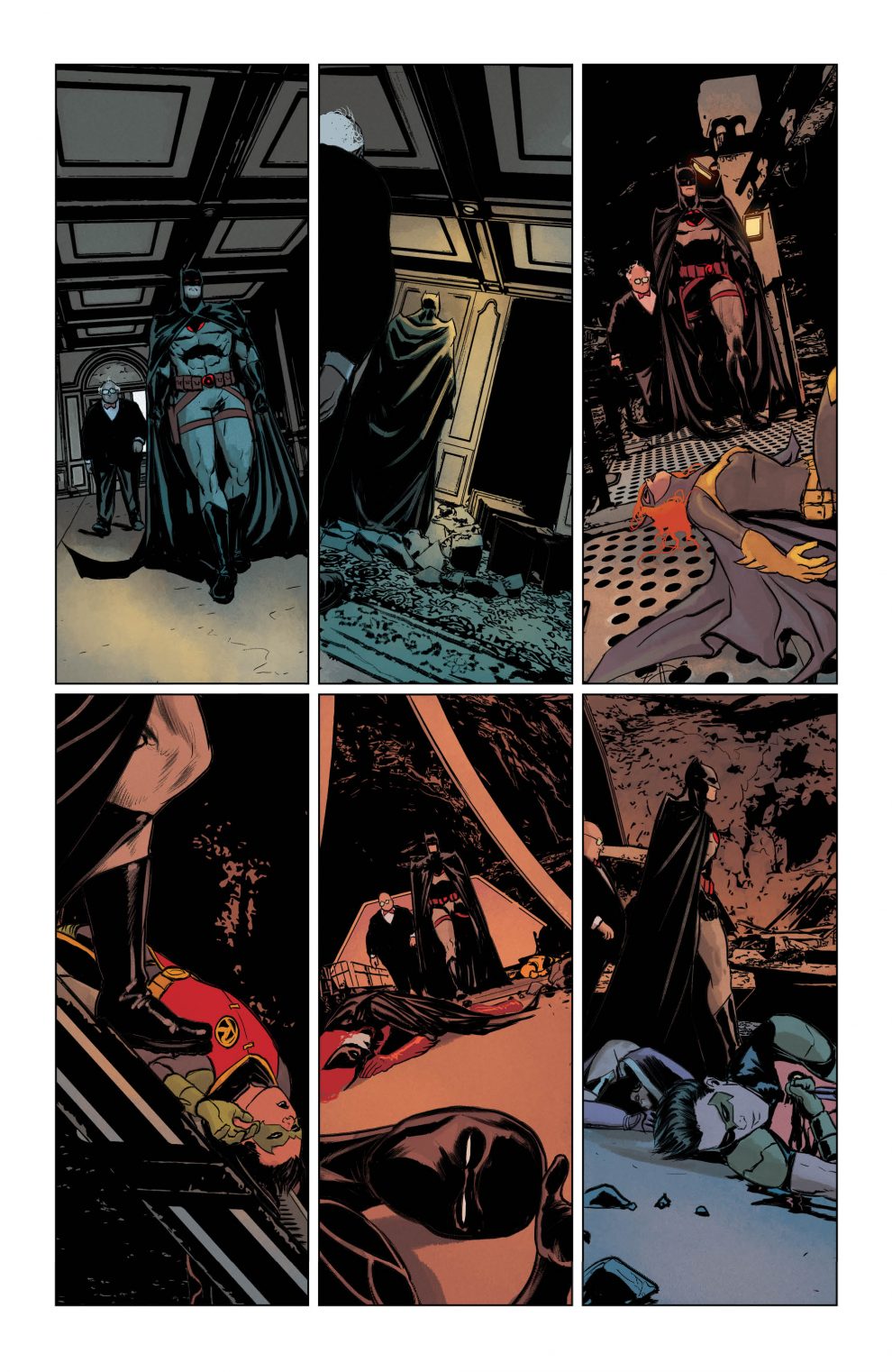 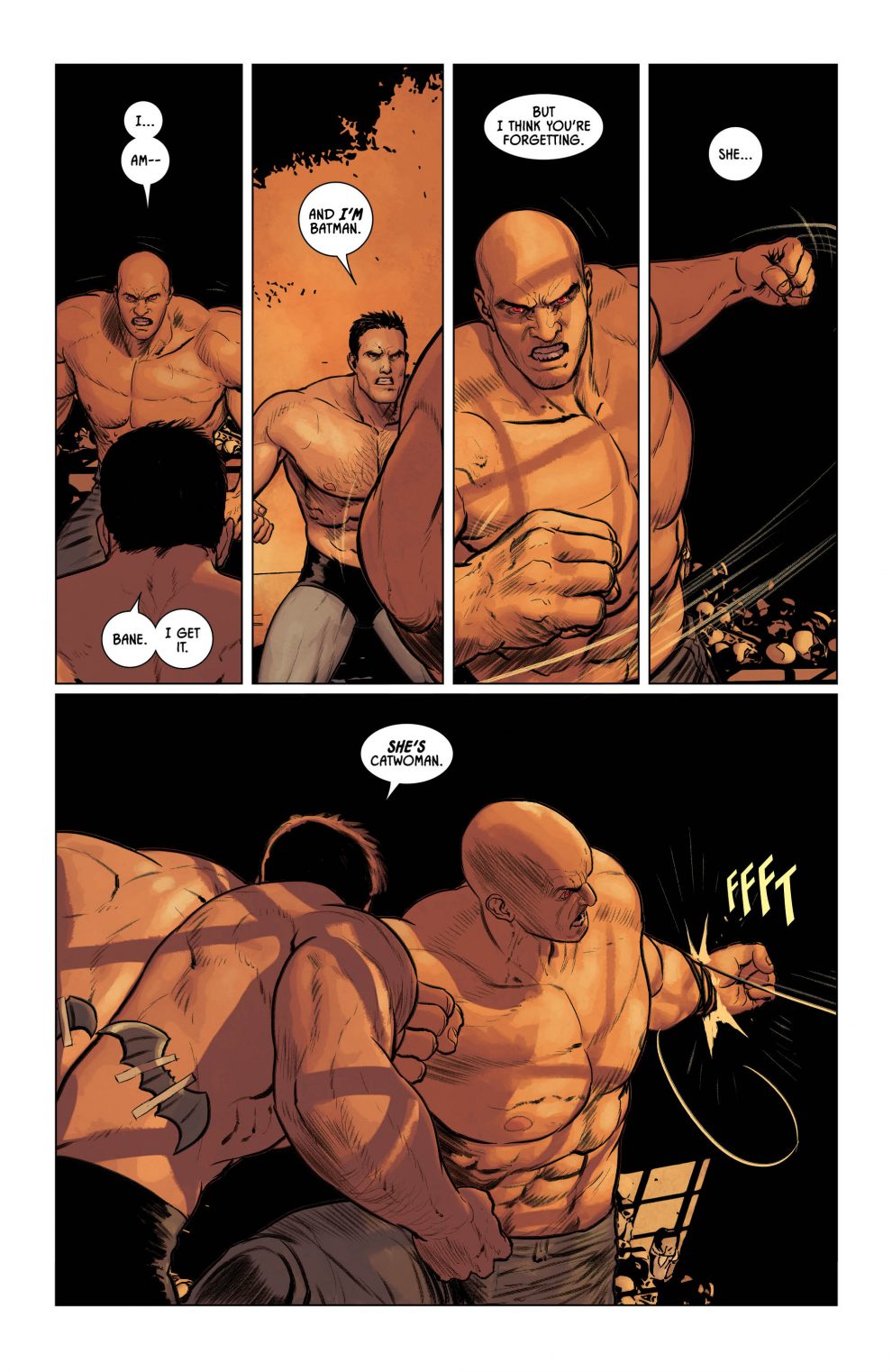 This two on one handicap match goes back and forth with a simply wonderful array of visceral images, courtesy of Mikel Janin. His prowess for drawing bold, kinetic figures is without measure, and he's amongst the very best in the business when it comes to that. For a fight that essentially lasts a whole issue, it never gets repetitive or boring, as each page pops off the page. Credit must go to Jordie Bellaire's color work; each page is a vibrant and exciting mixture of yellow, orange and, of course, darkness.
True to form, dear old Dad looms large throughout. Interspersed throughout the aforementioned scuffling, Thomas Wayne is still there. After putting down the entire Bat Family in issue #81, Batman Sr. has a father and son reunion on his mind. His explosive and shocking interjection into the Bat/Cat/Bane fracas is quite something. Where his ultimate allegiances lie remains to be seen, as does his desired outcome. Throughout the story arc, his true endgame has been shrouded in mystery. Is Bane a puppet, a means to an end? When all is said and done, what is it that he really wants?

"We've come to the end, fetch the Pirate", are the last words spoken in the issue. Never has a final utterance been so tantalising. As we're now so close to the end of Tom King's multi-year opus, the answers are so close I can taste them. There certainly appears to be something huge afoot.

I have my own theories on how this is going to end, involving reality being rewritten and a possible tie in with Doomsday Clock, but let's see how it plays out. With each issue being of such quality, the two week gap between issues is almost unbearable. This issue is hugely satisfying yet leaves the reader on a knife edge, aching for more.