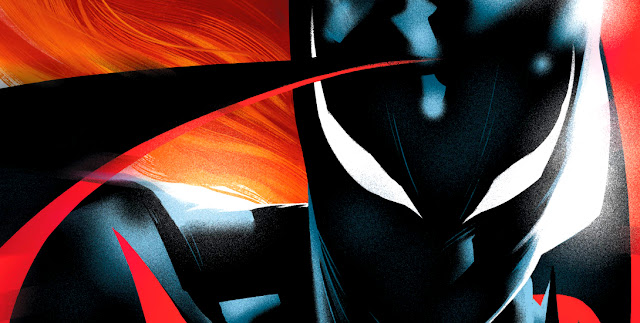 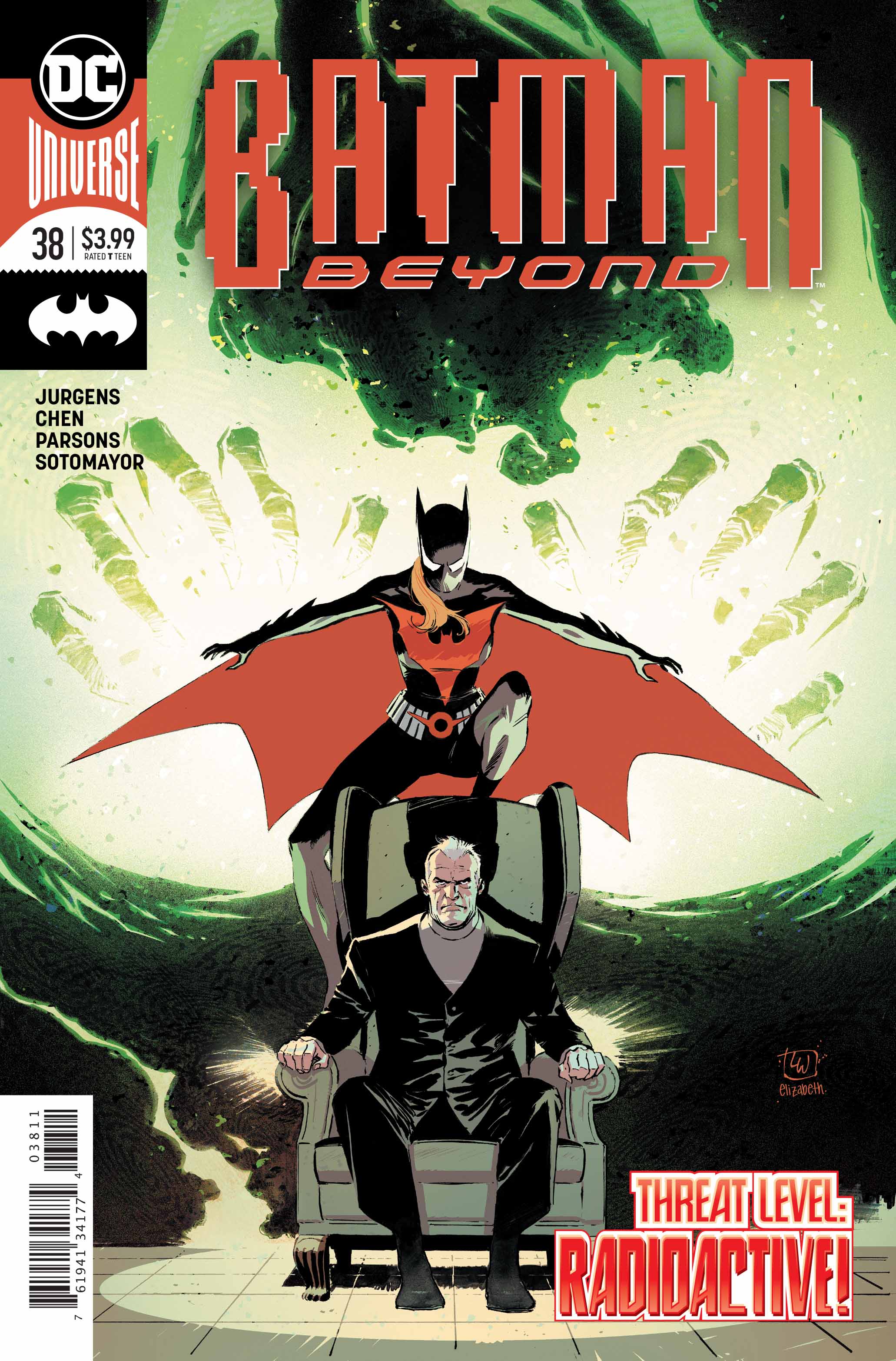 We’ve lost no momentum in Batman Beyond #38. Picking up from the last instalment, we get everything summed up: Terry’s still missing, and the team in the cave know he’s lost his memory. Terry’s on the hunt for answers, and this time he has company. The Batwoman has been spotted, and we hear her this issue, and her intense sarcasm. We have much to ponder, and this issue never ceases to keep us on our toes.
From her introduction, Batwoman has been painted out to be an enigmatic character. This adds to the readability of the issue. We follow along with Bruce and Matt as they try to guess Batwoman’s identity, and prove themselves wrong. With no clear answers as to who the new bat in Gotham is, we’re all invited to play along. As a result, we get a unique connection with the story. We get to follow along with the mystery. Who is Batwoman? I have my own theory. 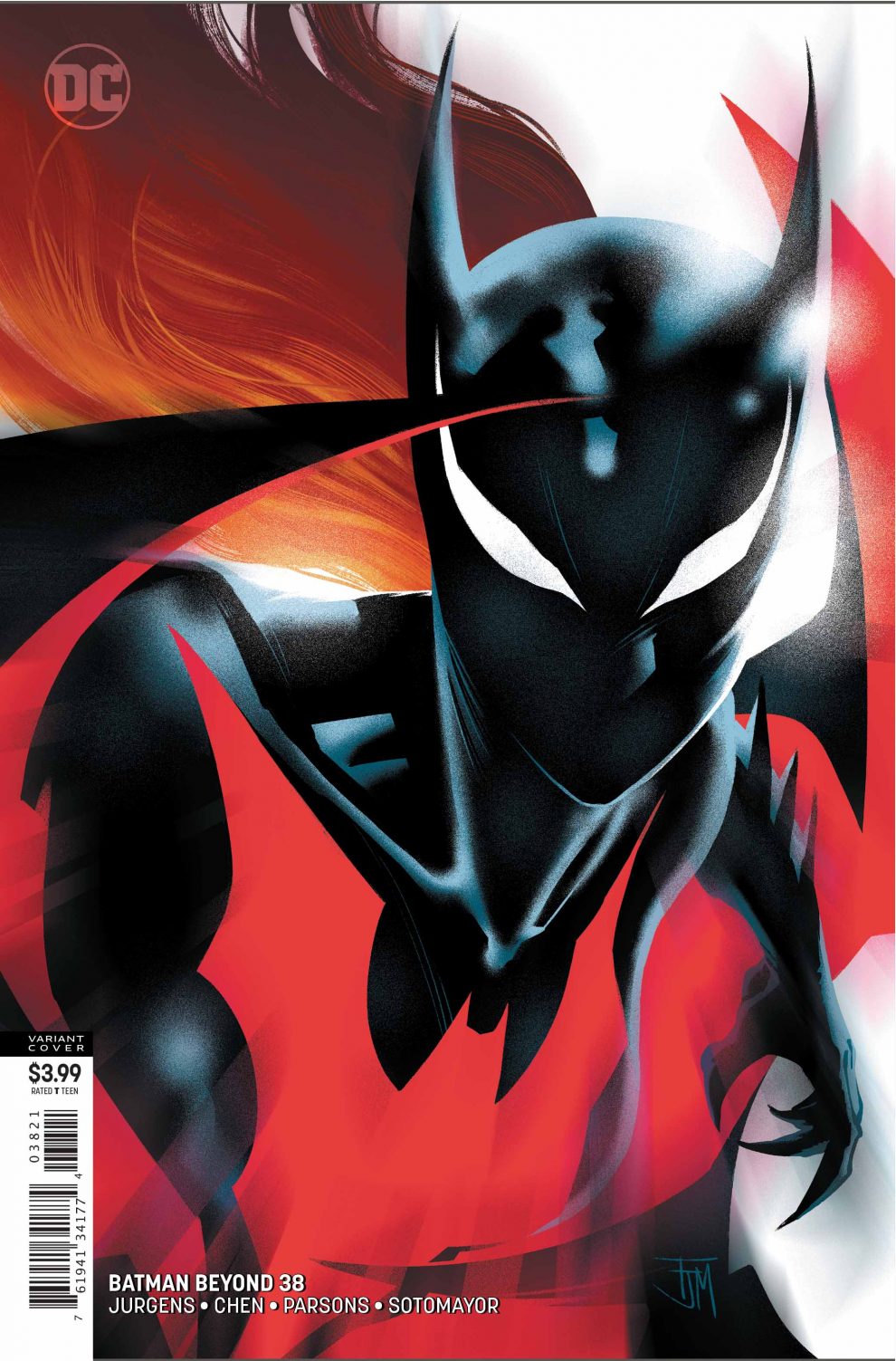 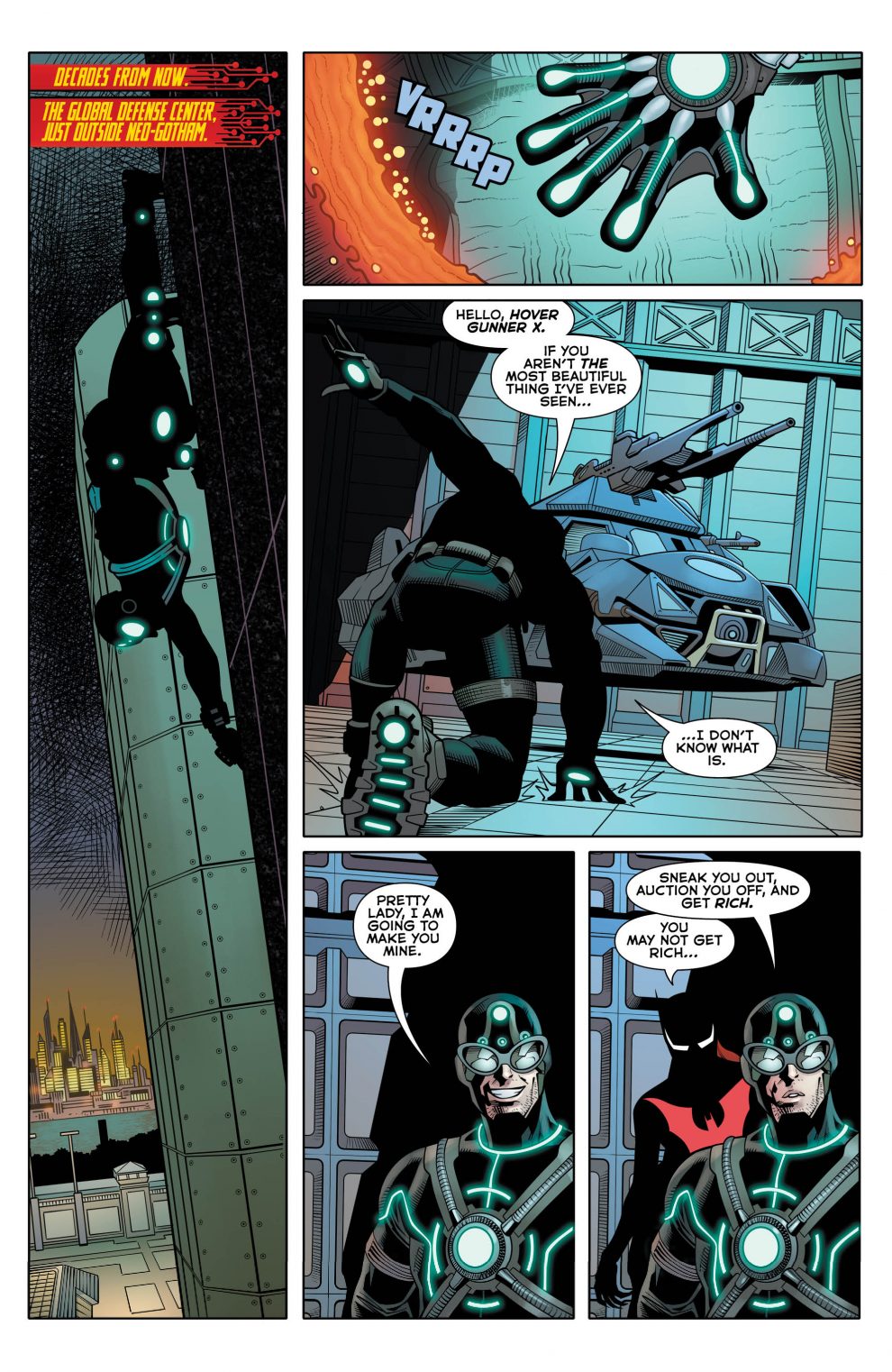 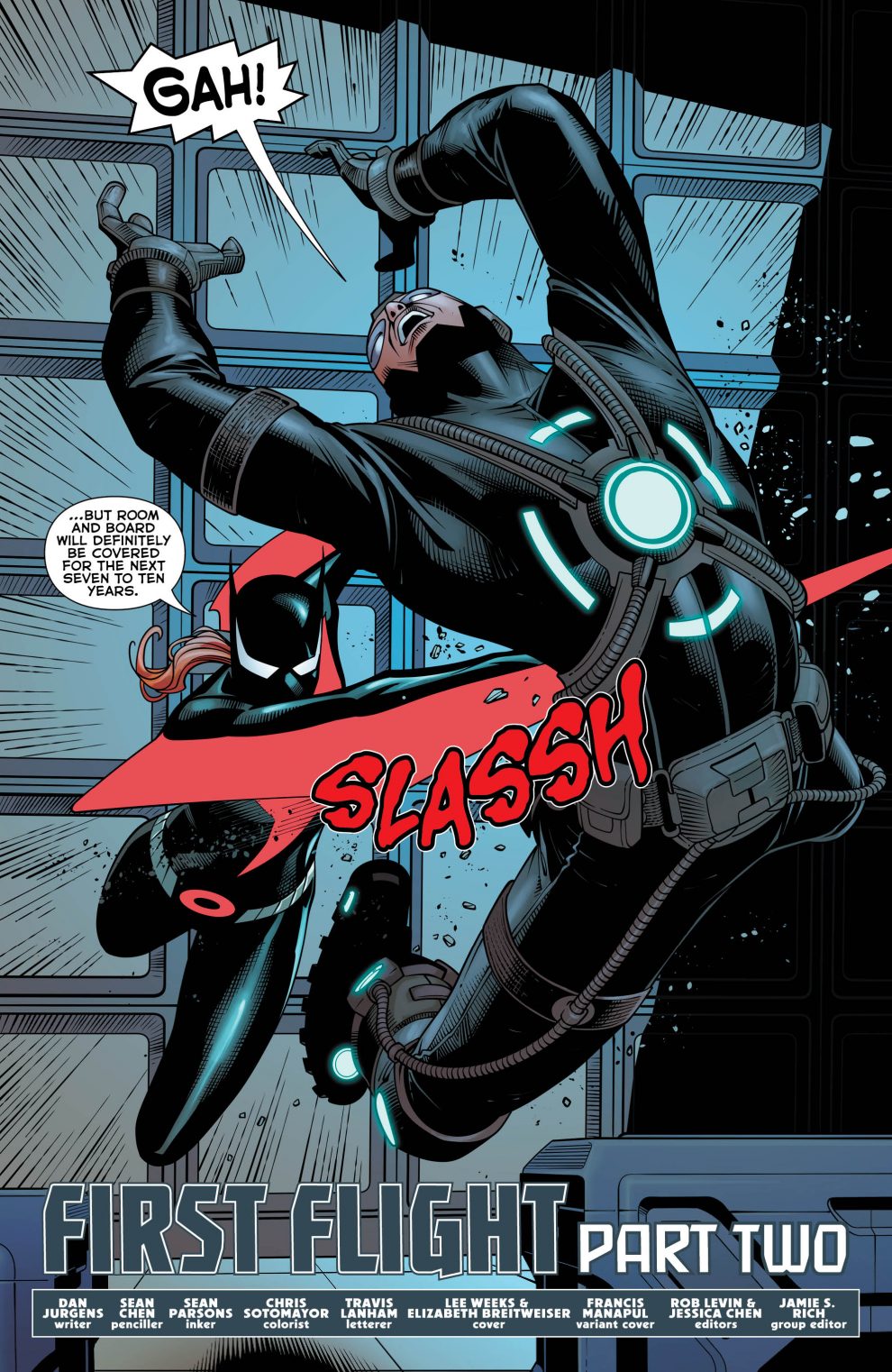 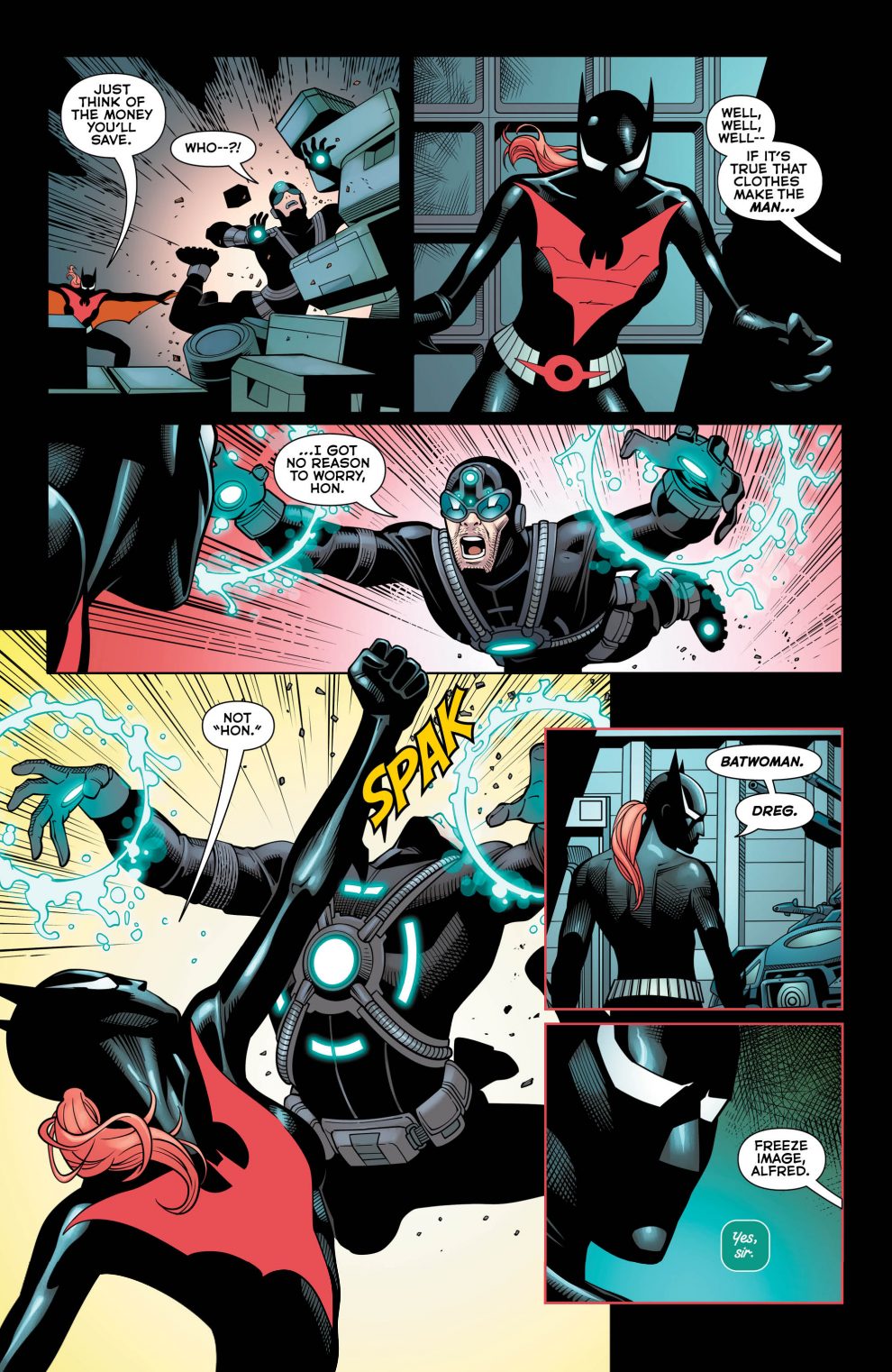 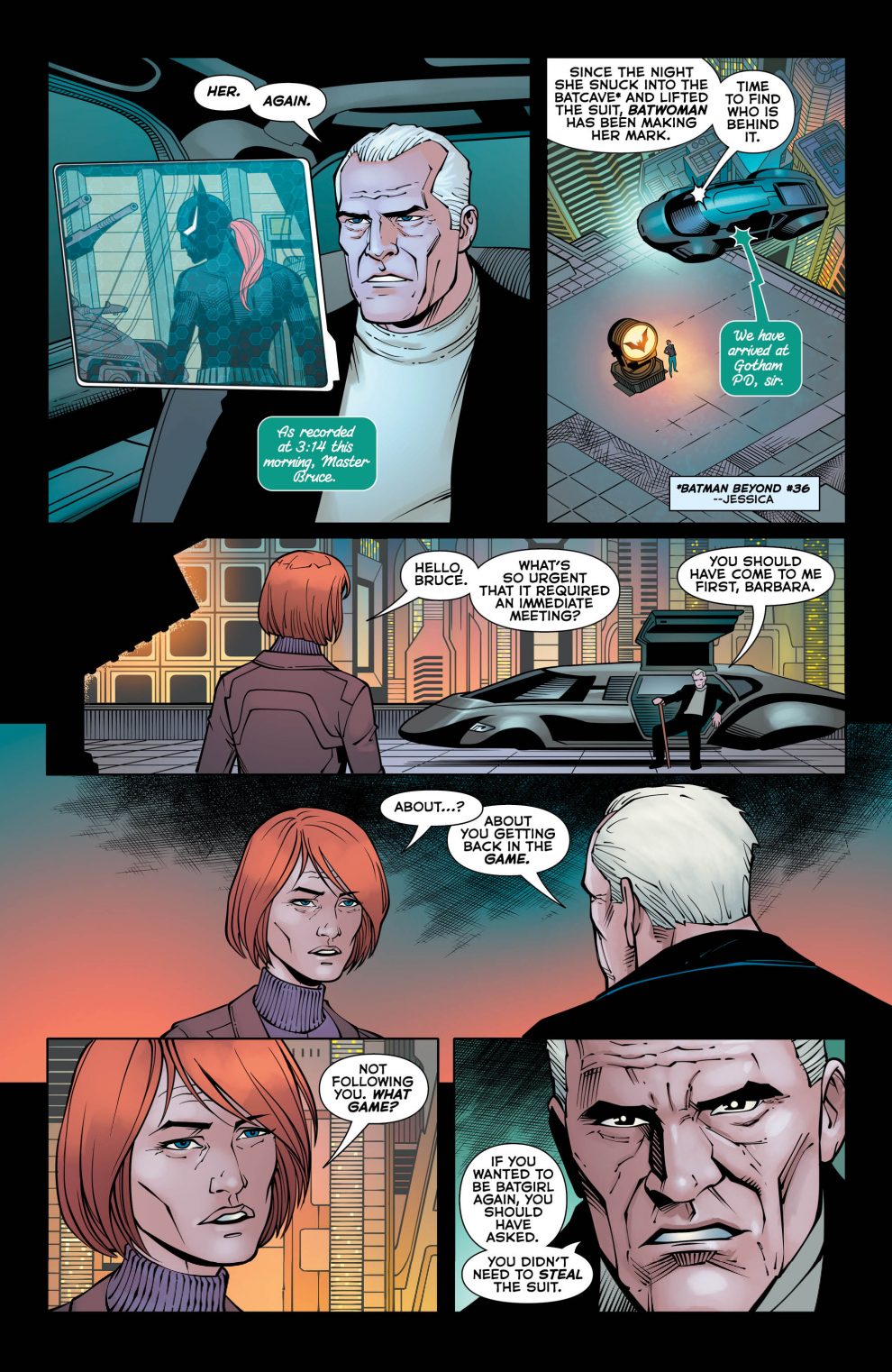 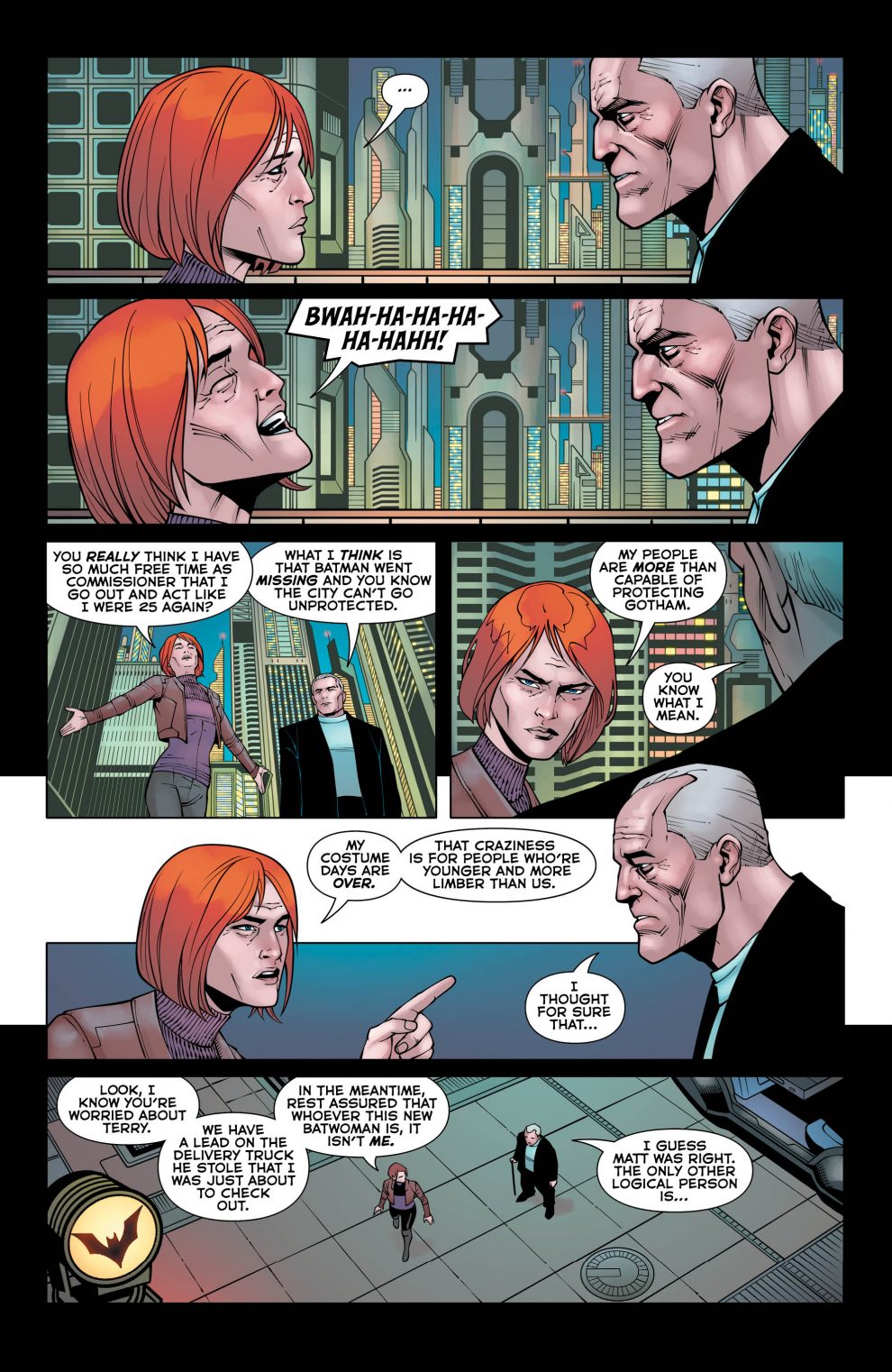 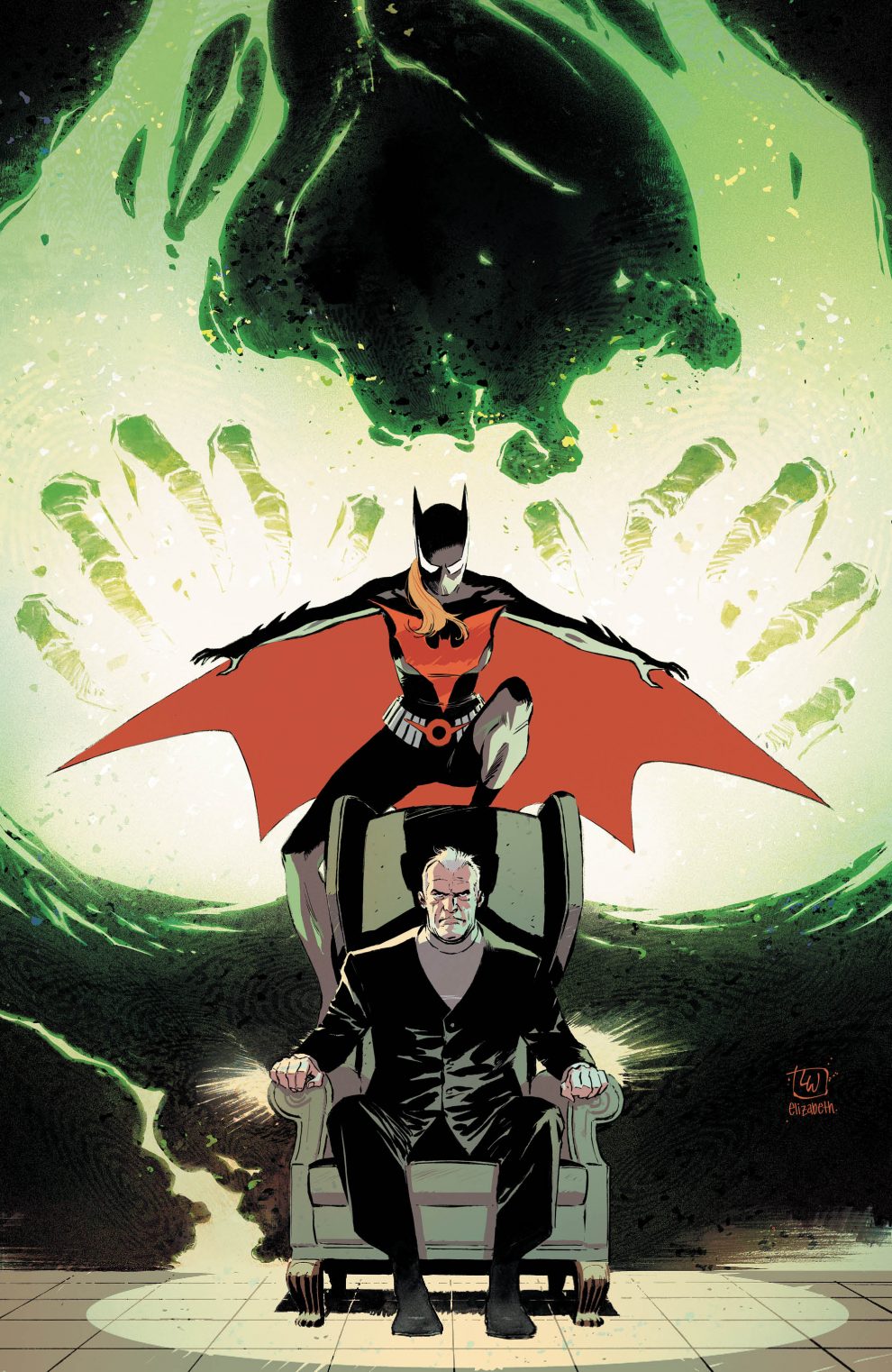 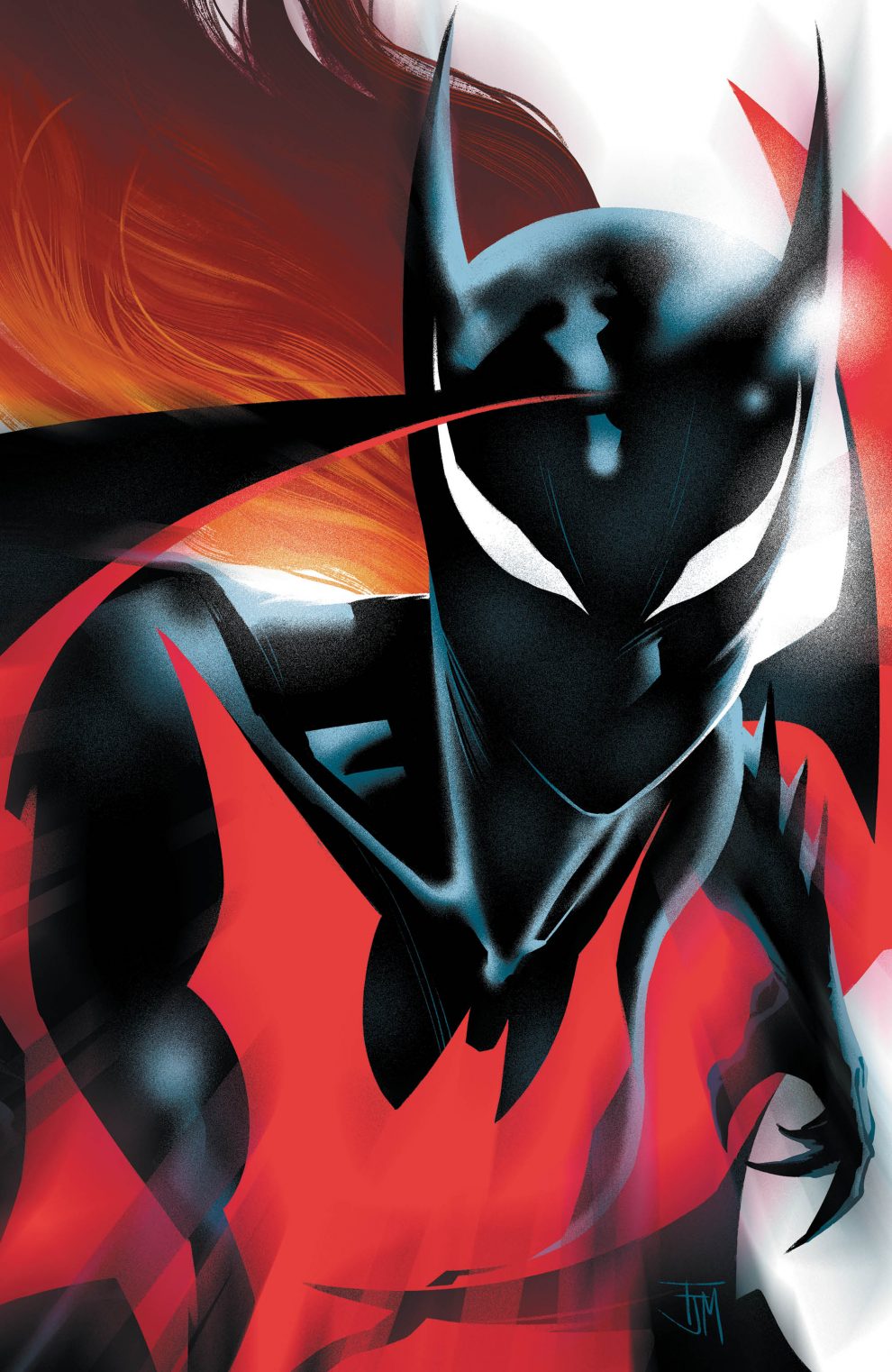 As nothing’s made clear, we instead follow the movements of the characters we love. We find that Terry, despite being a wanted man, has fallen in with a rather resourceful friend. He’s retained some memories, but none of the details. His muscle memory, however, seems intact. His road to recovery is coming.

A new hero demands a worthy villain. Batman Beyond‘s first is one such antagonist. Blight tore up the screen in the brilliant animated series, and this title’s earliest issues. I expect no less conflict than the wisecracking, woke new Batwoman can handle. Batman Beyond #38 didn’t do much to blow away with its story beats, but did set the stage for a clash of the ages.