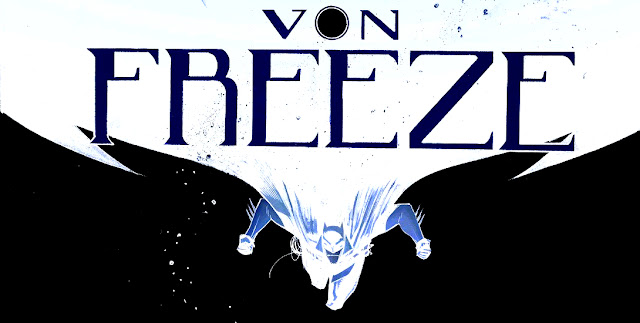 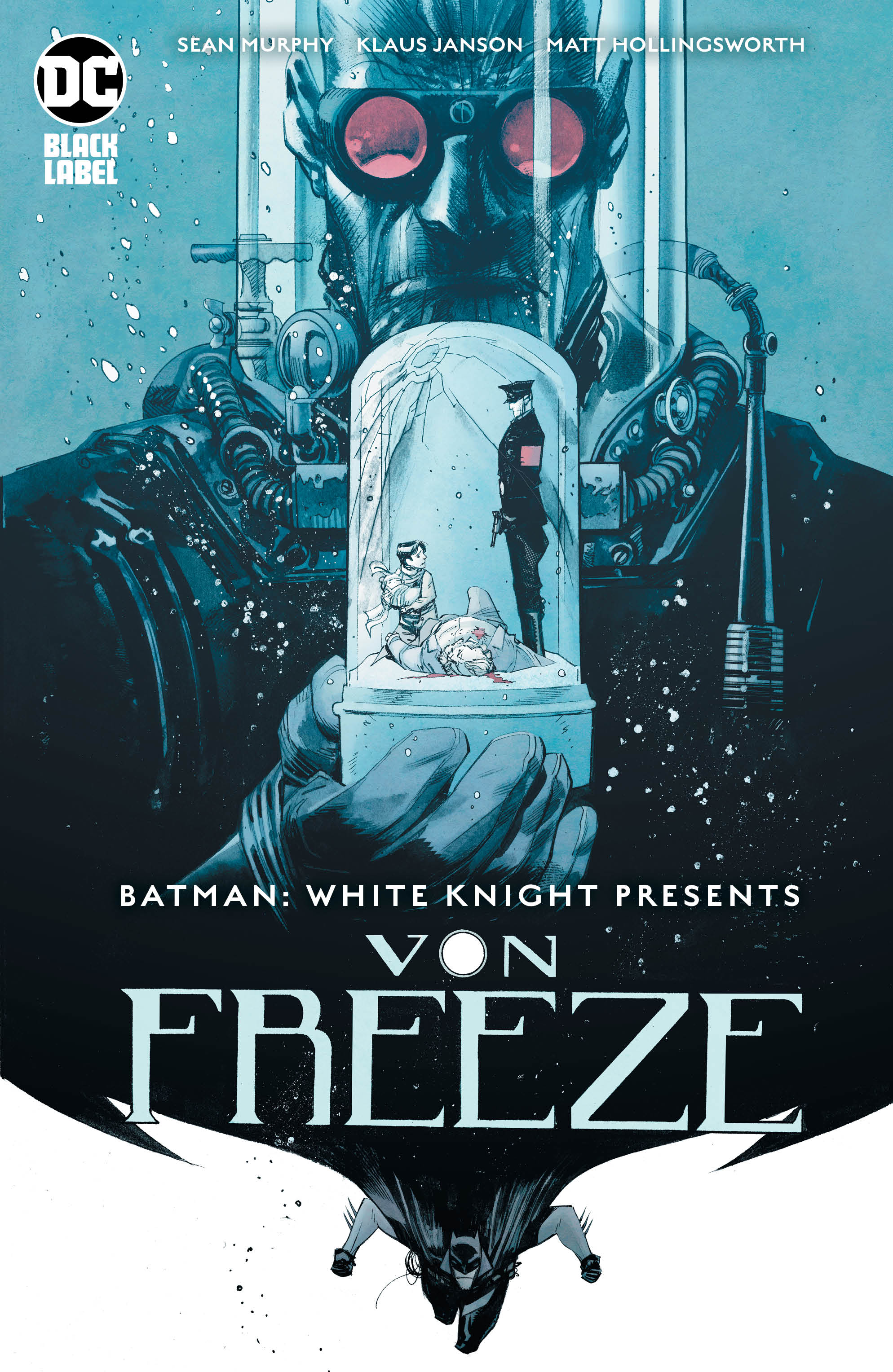 Batman: White Knight Presents – Von Freeze is a 100% bona-fide knock out of a comic. Here we get an alternate history that’s rich, moving and riveting. Sean Gordon Murphy is creating an alternate universe Batman that truly deserves the accolades and praise that have been heaped upon it. Not since Frank Miller’s Dark Knight or Doug Moench and Kelley Jones’ Red Rain have we had a parallel history Bat-verse worth revisiting, and this one could actually be the best of them all… it’s certainly been the most consistent, in terms of quality.
What we get in these pages is a look back at a previously unseen history; not just of this world’s Mr. Freeze, but one that also casts a new light on his wife Nora and Batman’s parents, Thomas and Martha Wayne. Doctor Victor Fries has had a comic-book renaissance of late; I’ve already gone on the record to say that Mr. Freeze has never been a favorite of mine in the comics, as I’ve always preferred his Batman: TAS counterpart. However, Peter J. Tomasi’s fresh take on the character over in Detective Comics is terrific, and what we see from Sean Murphy, Klaus Janson and Matt Hollingsworth’s version in this issue is also a revelation. 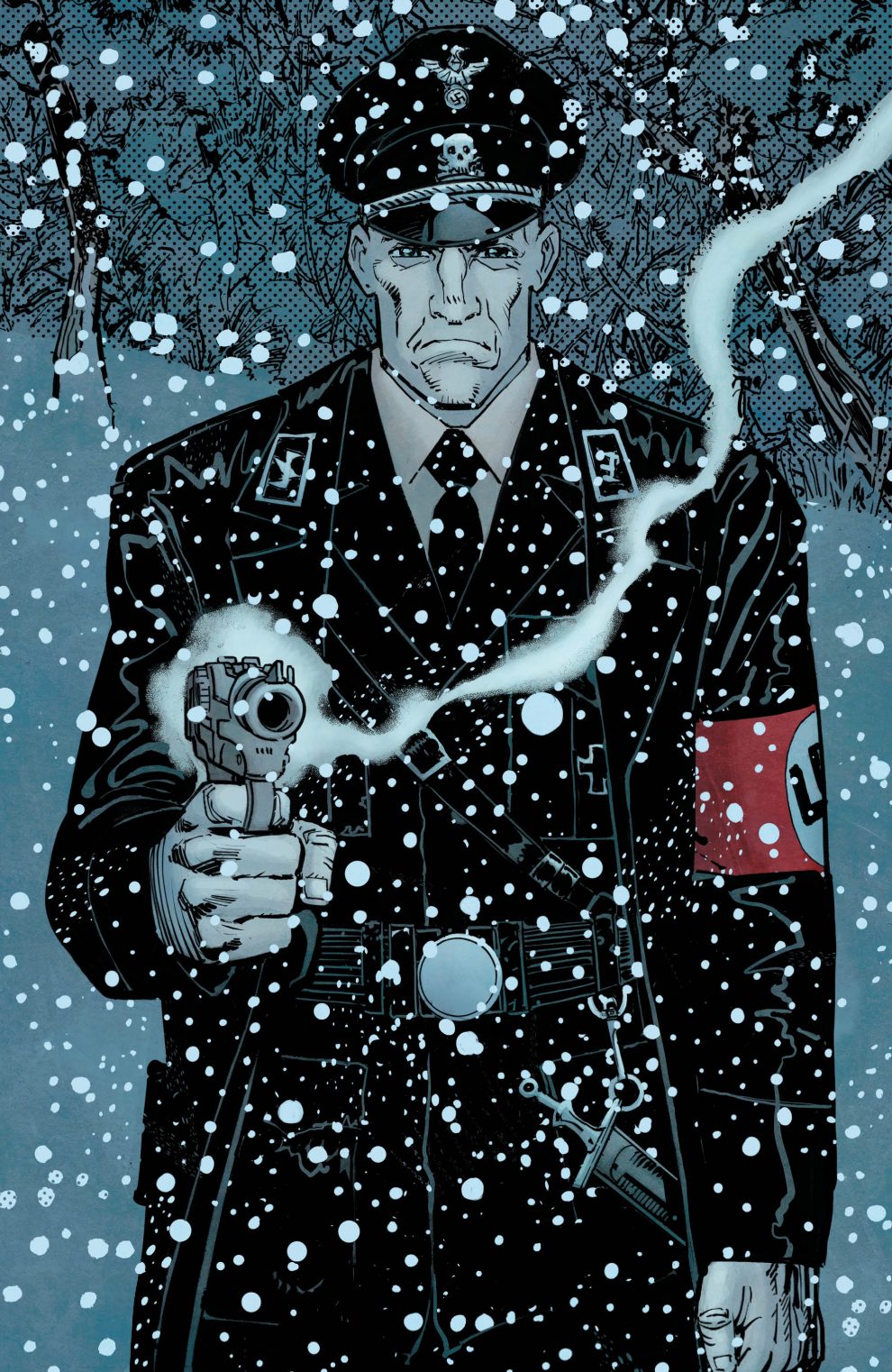 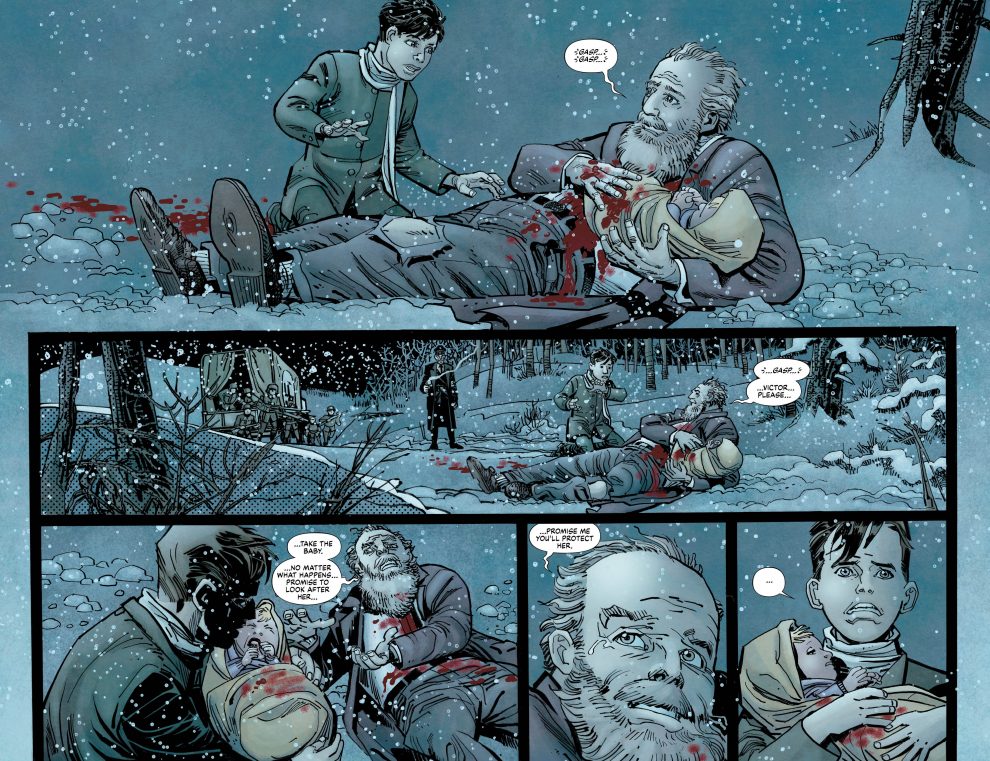 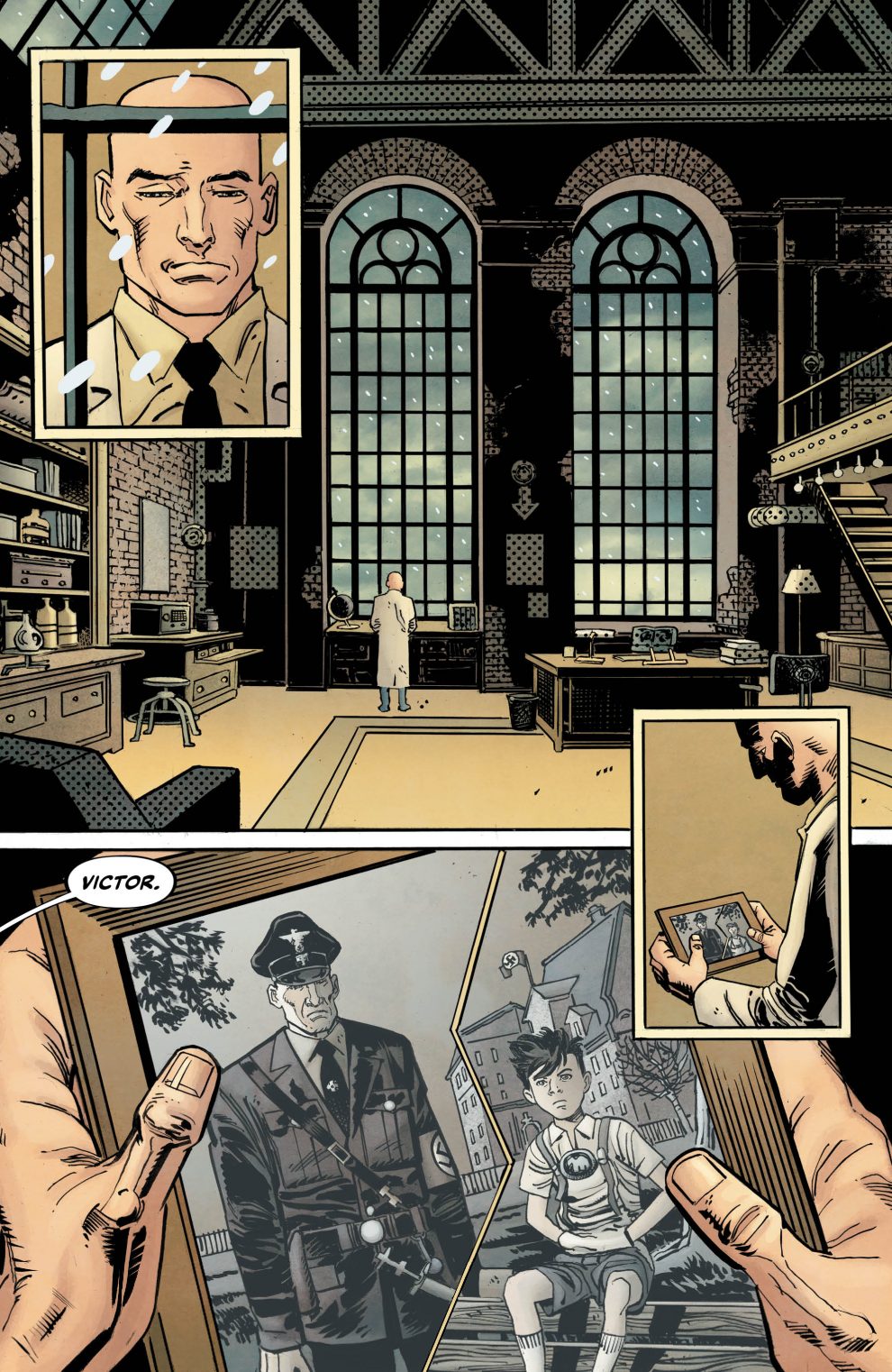 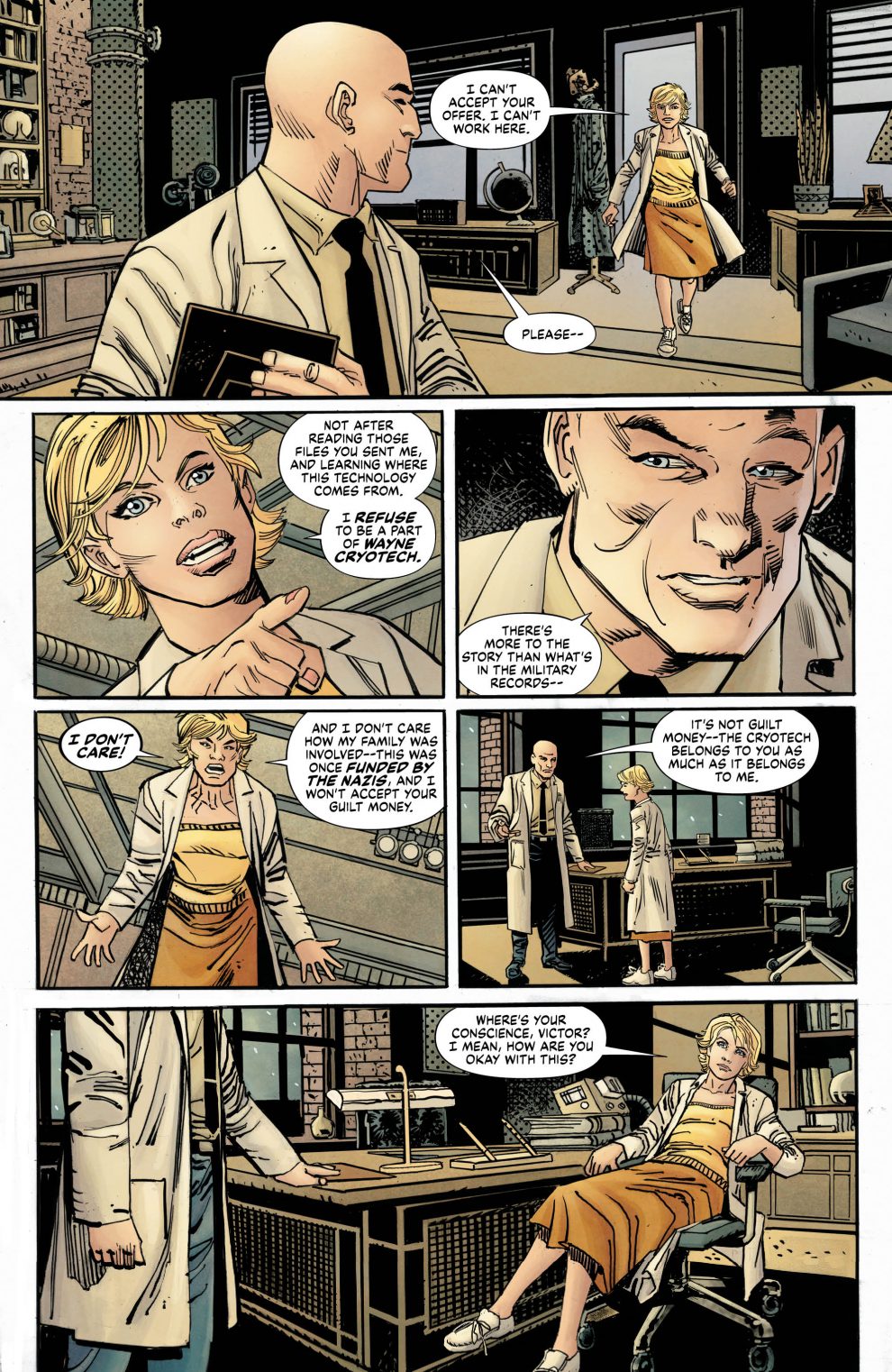 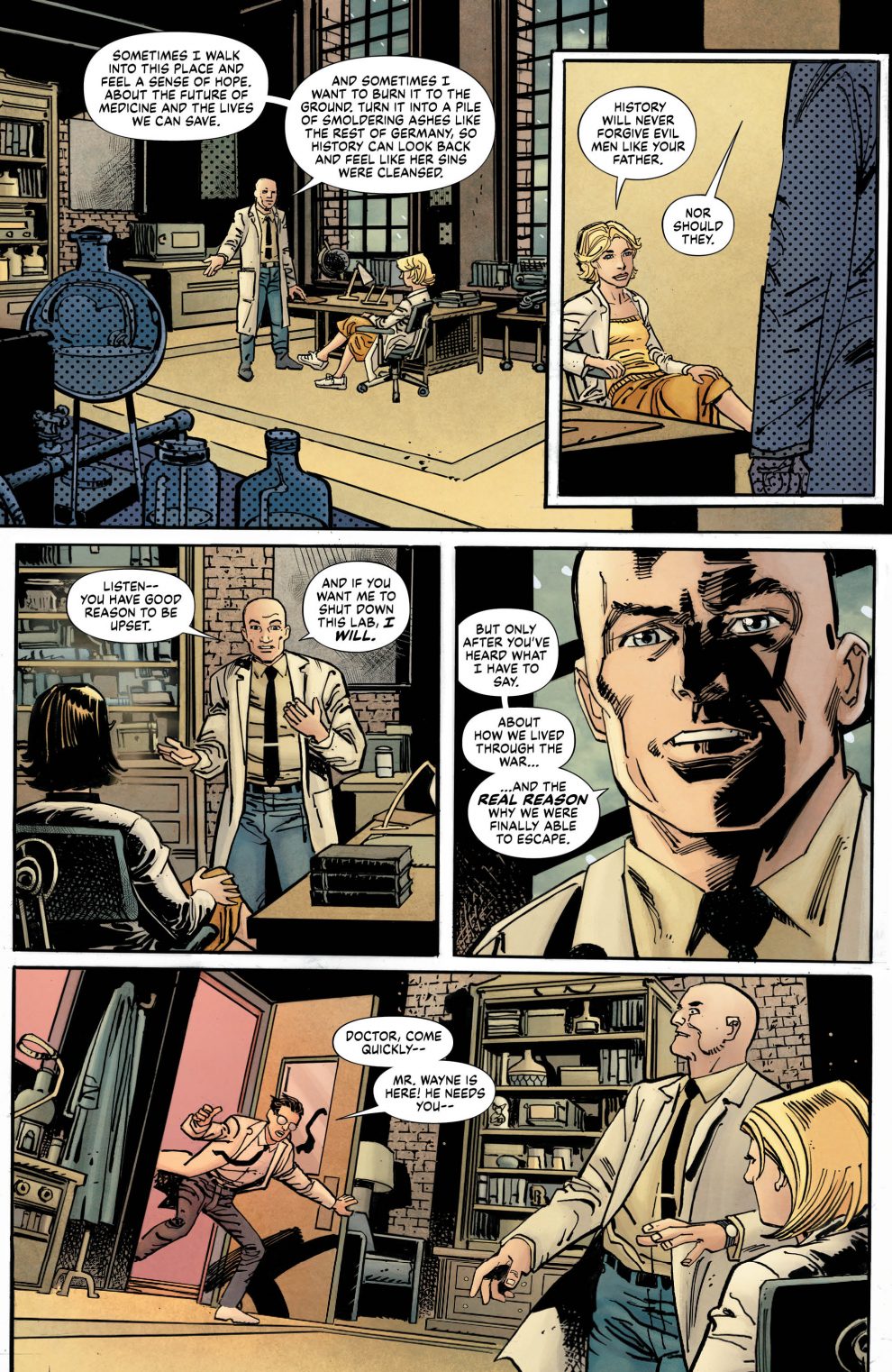 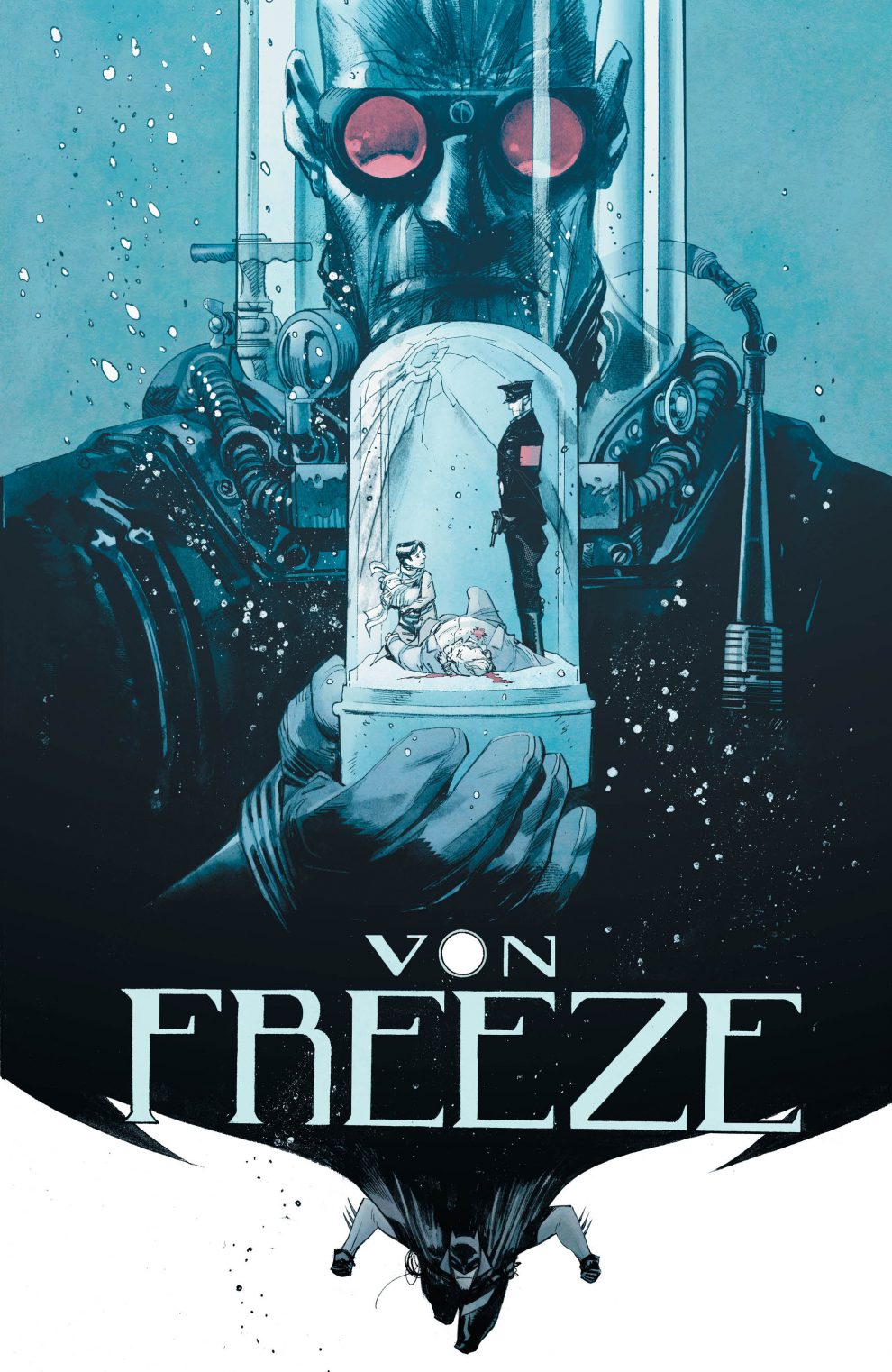 Sean Murphy is proving to be a class act, but his collaborators must also be given credit. Matt Hollingsworth’s color art in the original Batman: White Knight, the first few issues of the current sequel, and in these very pages, has been exemplary. He deserves every bit as much credit as Murphy himself for the look, tone and atmosphere of these stories. His muted soft, almost ethereal color palette is a far cry from that of  most other titles on the shelves. They work perfectly with the world we’ve been presented with in Sean Murphy’s stories, and with Klaus Janson’s scratchy, earthy, style of line-art. Look at the pages presented here, and you’ll see what I mean.
What can I say about Klaus Janson that could do this incredible talent justice. As long as I’ve been reading comics Mr. Janson has been there. He’s undeniably one of the finest inkers ever to illuminate the medium, but he’s also and incredible penciller and storyteller in his own right. In the afterword for this wonderful tome Sean Murphy states that he doesn’t usually write for other artists, but how proud and happy he was to do so on this occasion.
In this single issue we’re given WWII Germany, modern day Gotham, Kirby-esque technology and vintage Batman, all wrapped up in a package that completely fits the alternate White Knight-verse that Murphy has so lovingly created. I don’t know if I could name another artist capable of achieving what Mr. Janson has in this book.

In the pages of Batman: White Knight Presents – Von Freeze we see the horrors of war, the tenderness and treachery that humanity is capable of, and get a first rate piece of comic-book entertainment at the same time. This book stands apart from the rest of the series, yet the final pages also leave us salivating for what they may be leading to.
I loved every line, every panel and every page of this issue, and know that I’m not alone.