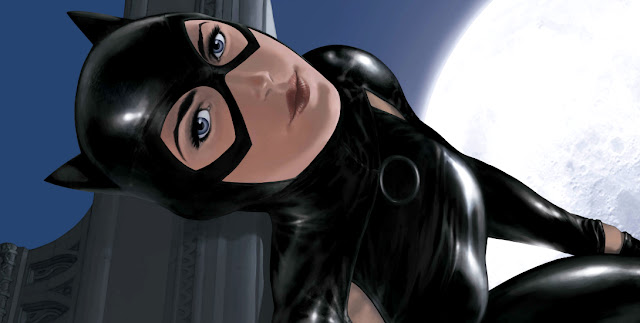 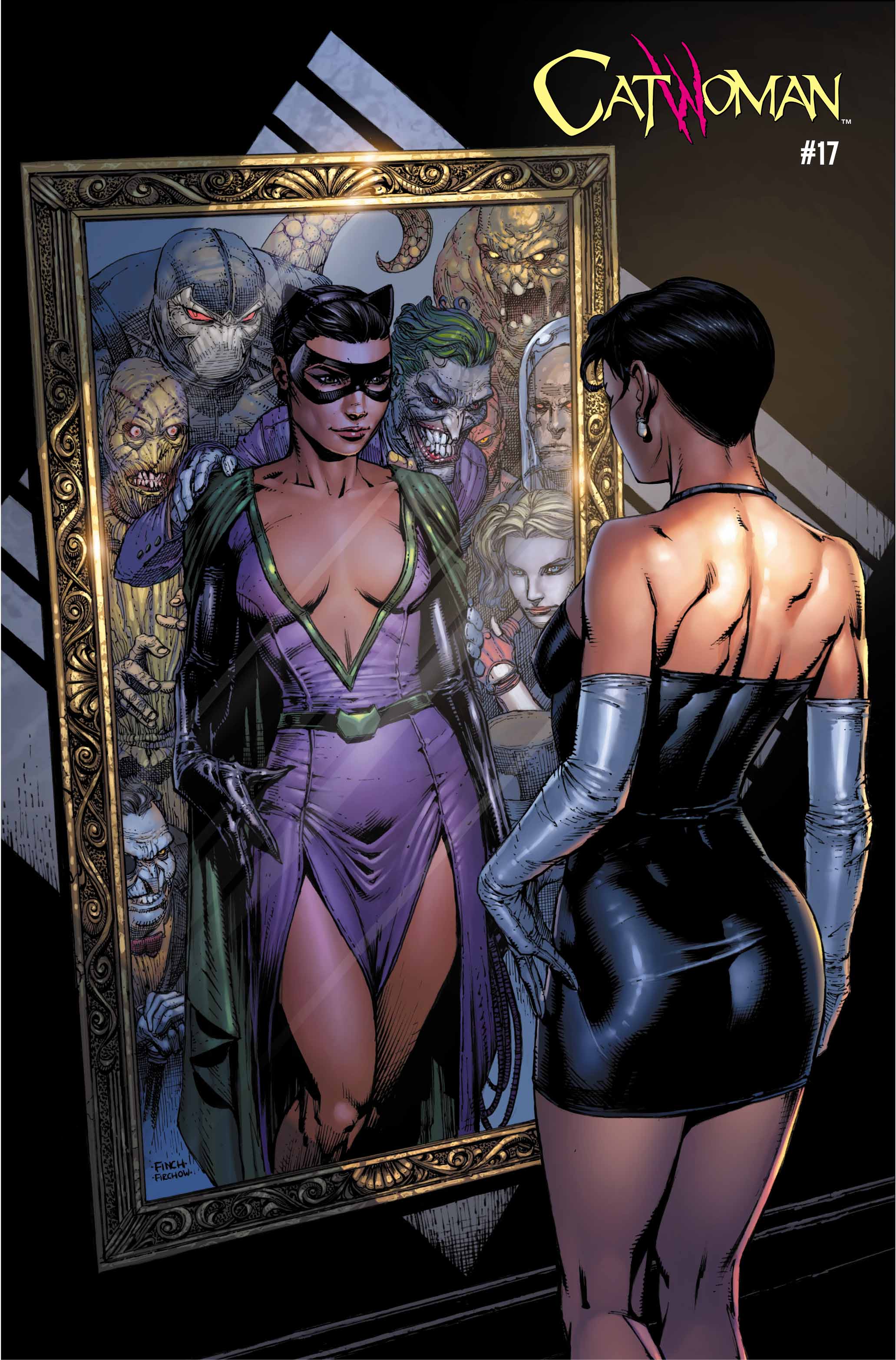 Catwoman’s choices have been looming over her since the previous issue. Here in Catwoman #17 Selina chooses the hard option. We’ve been waiting on tenterhooks for more answers and Joëlle Jones’ bravery and certain knowledge of the greatest thief in DC is on proud display in this issue.
We get context and clear answers to what was going on in that meeting with the hologram of Lex Luthor last month. Catwoman’s part in the “Year of the Villain” story arc is an interesting one. She’s not necessarily on either side -her own words. That’s her in the wider DC universe, but I’m much more interested in her solo exploits. 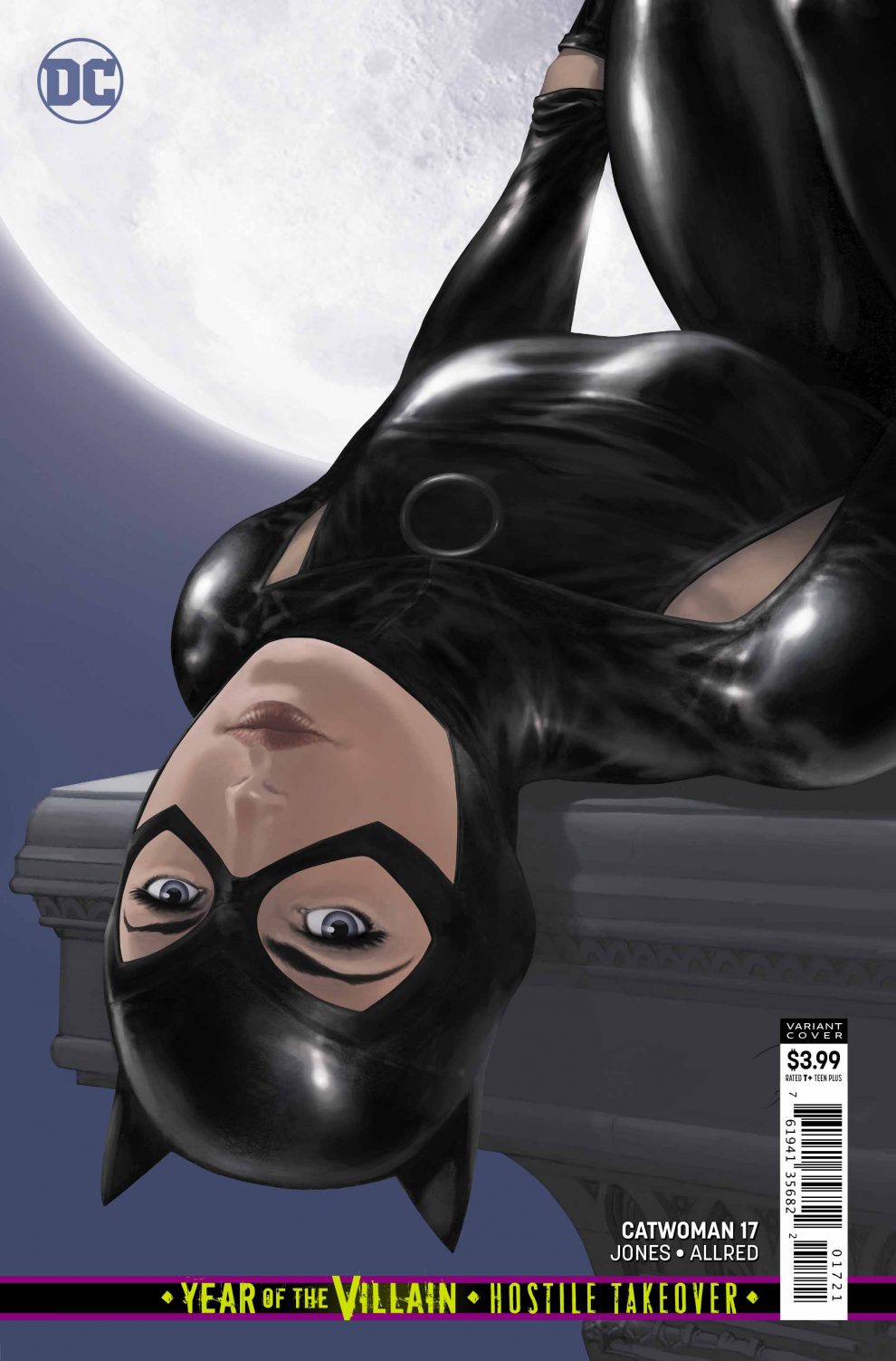 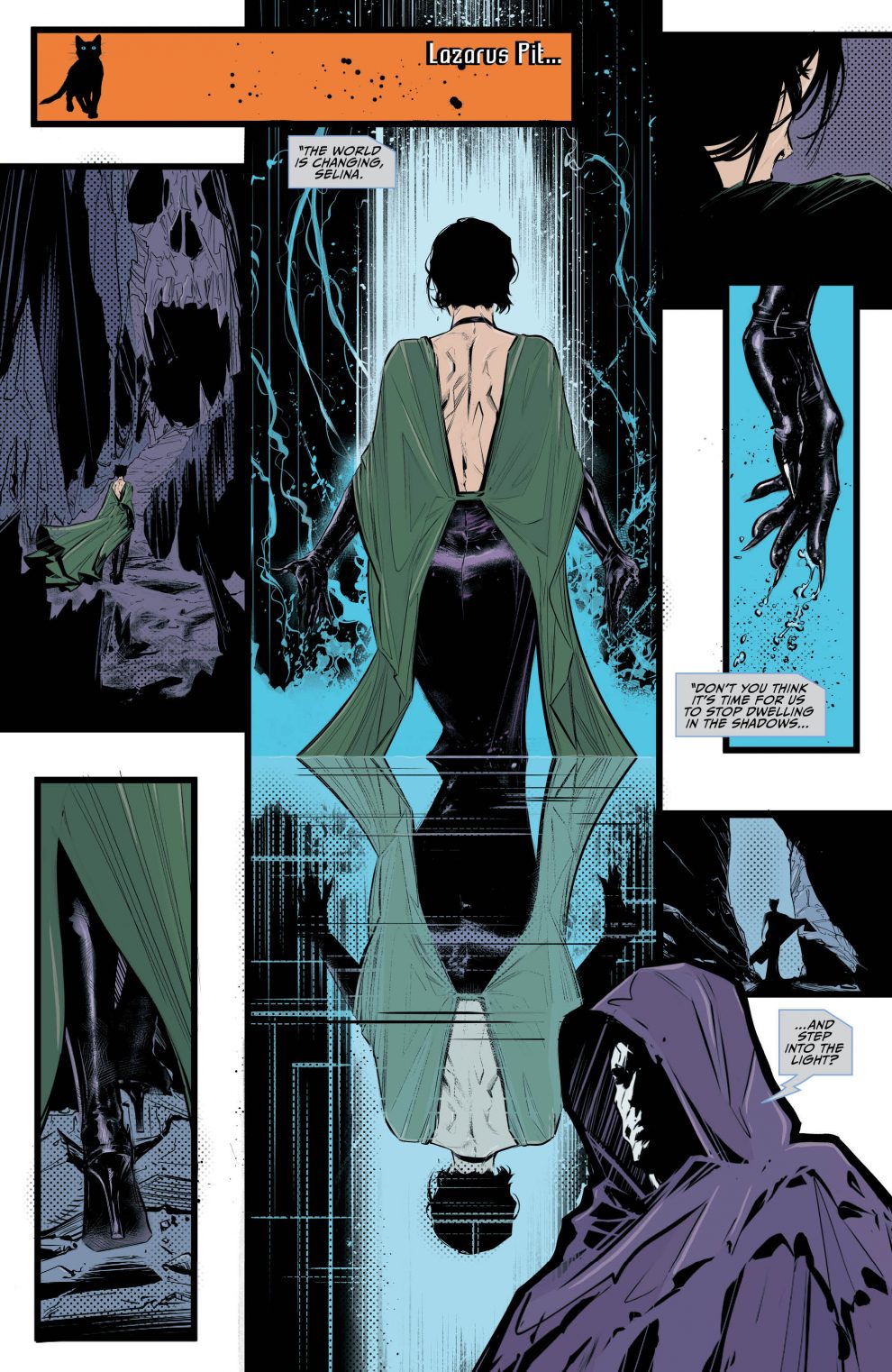 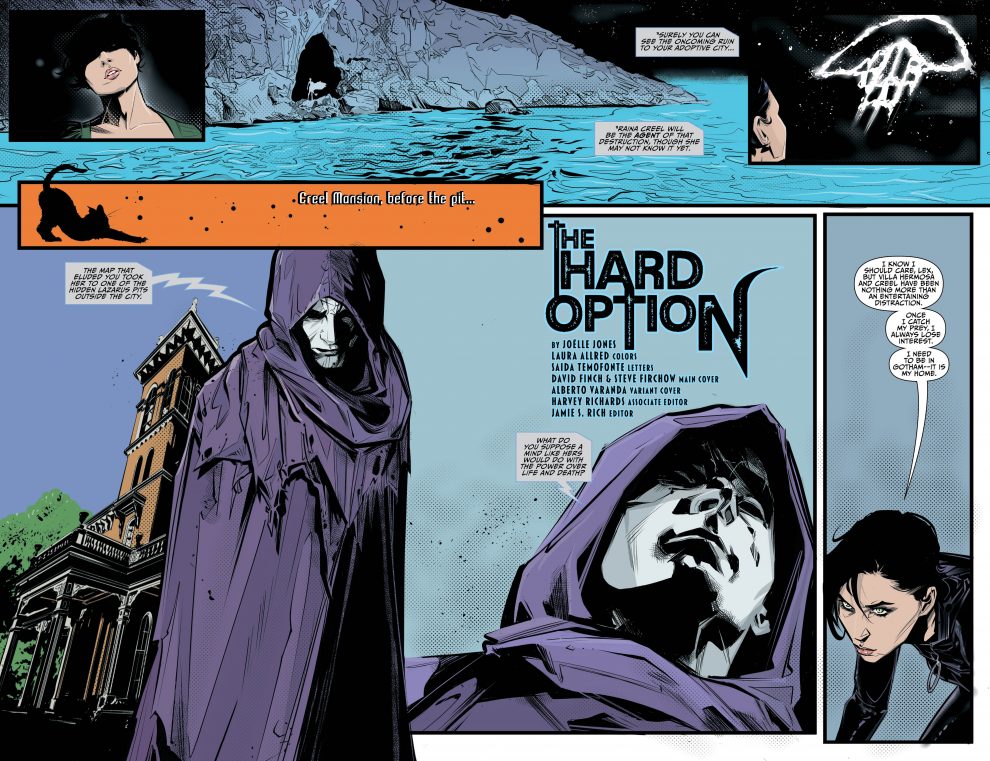 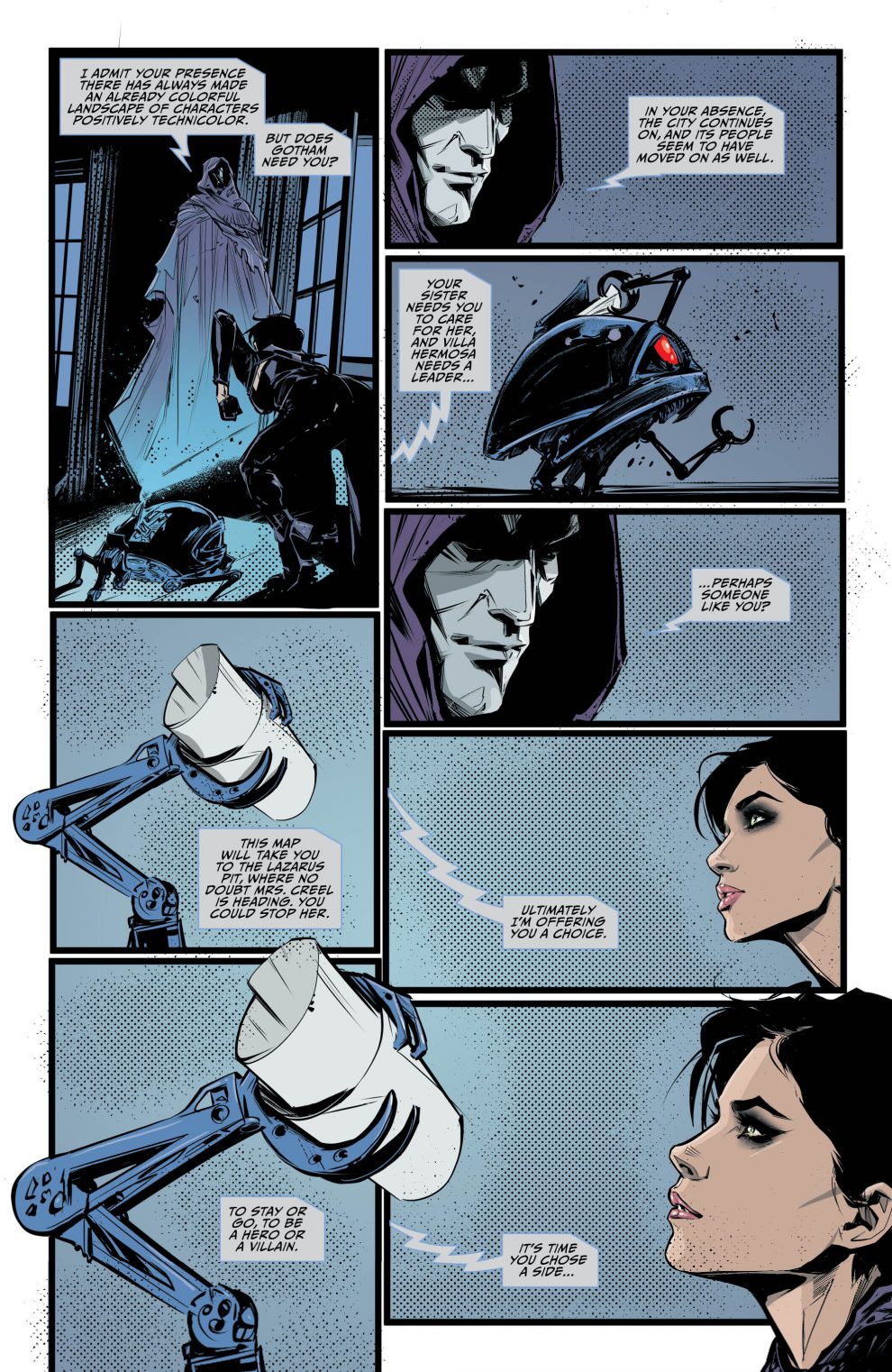 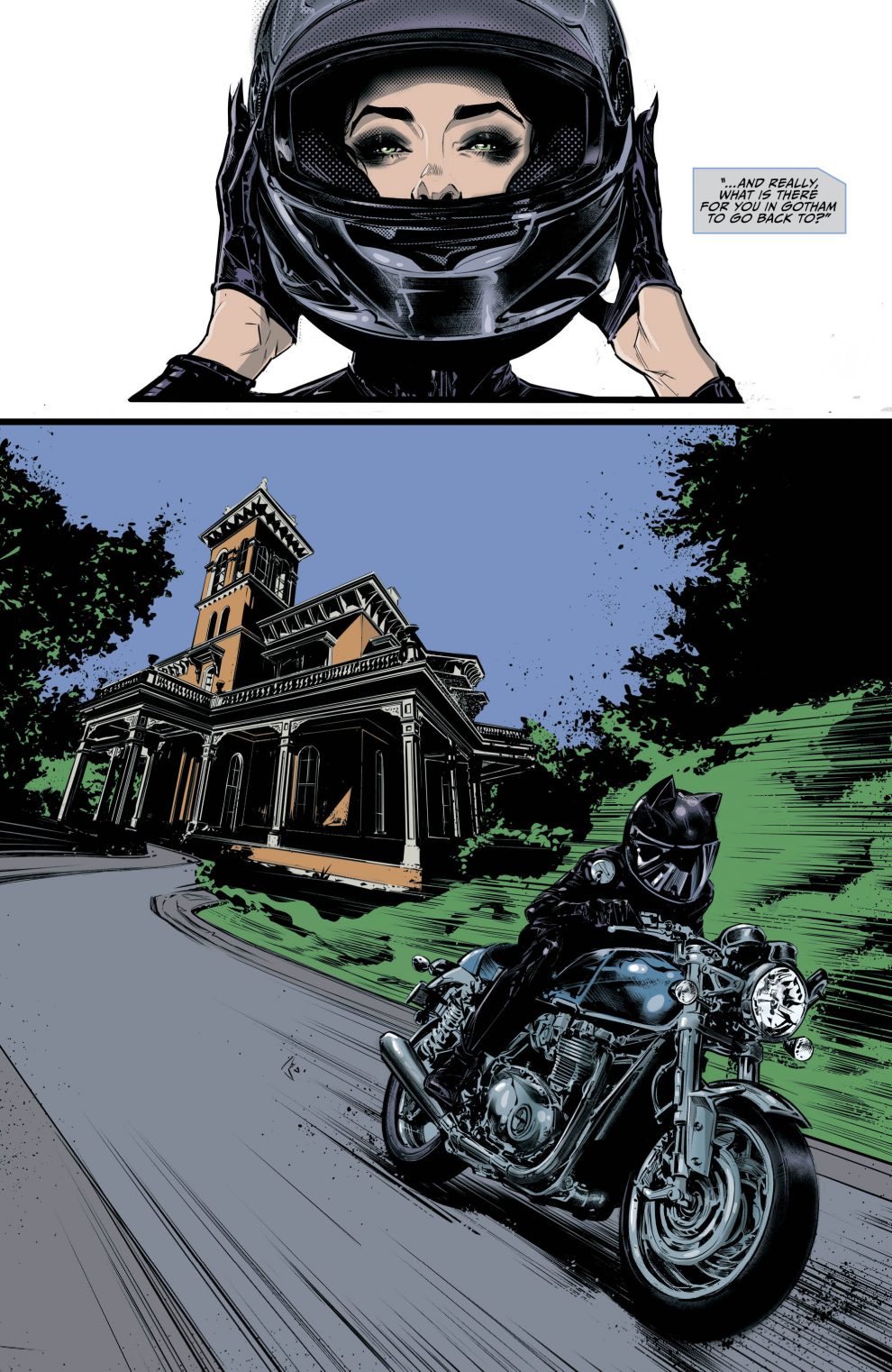 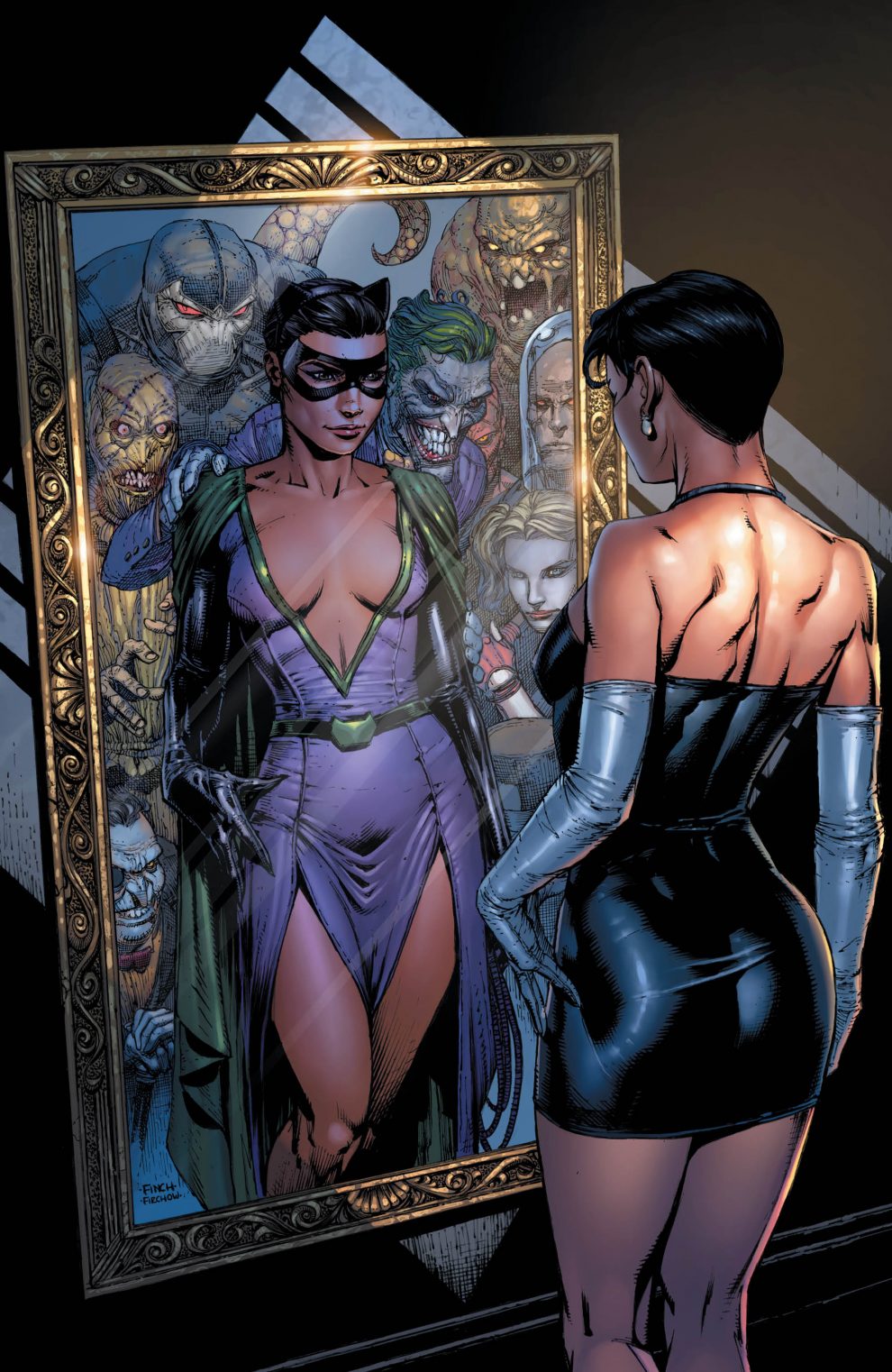 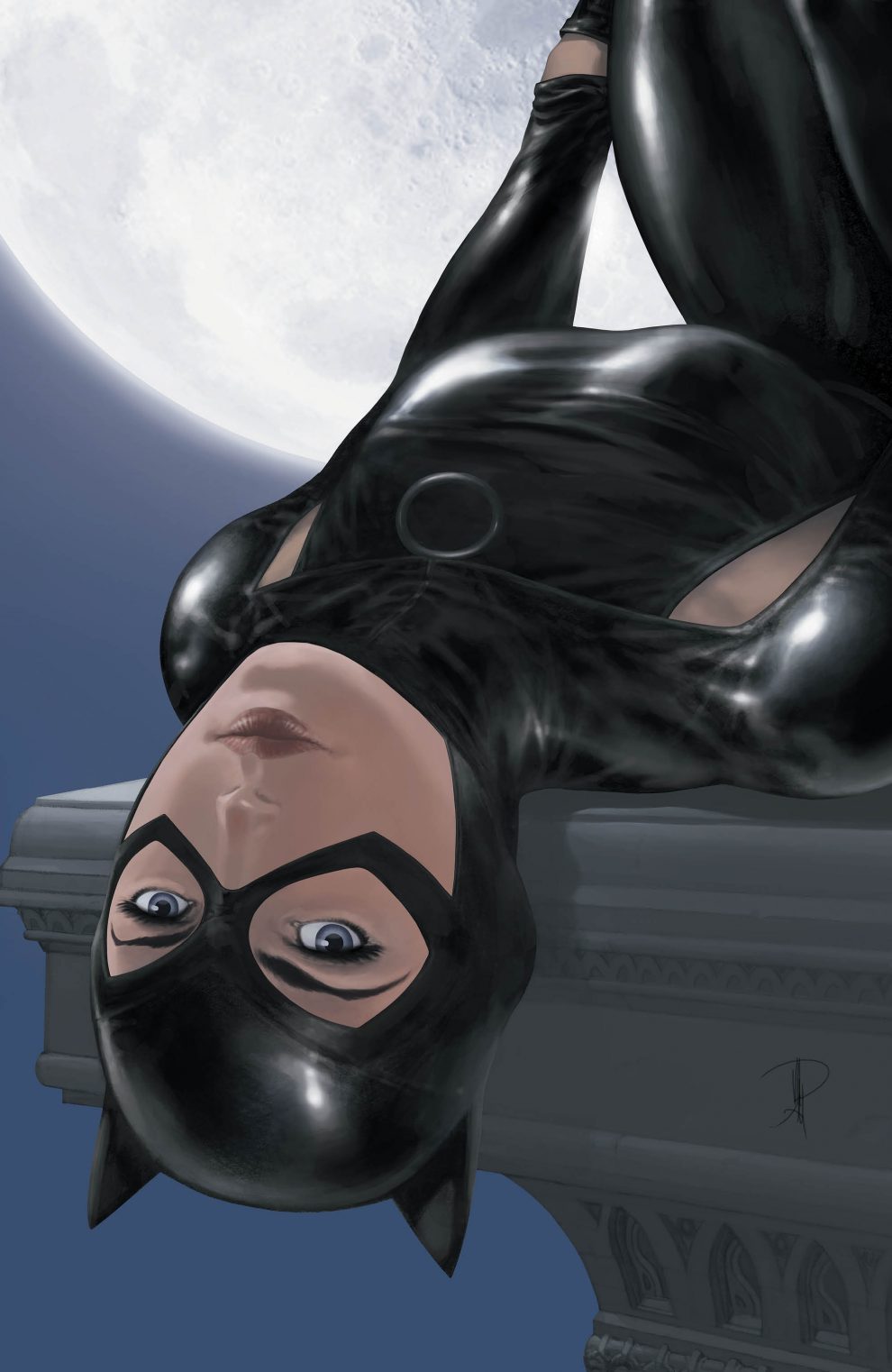 It’s so clear and so wonderful to see how much Jones loves this character. To some extent, you have to be a big fan to write these icons… it just makes it easier. So when there are grand, double page spreads showing Catwoman through time, I get the urge to do a happy dance.
Selina talks about Gotham being the place for her “hundreds of stories”, tales of Catwoman from the Golden and Silver Ages of Comics. When you couple that with Jones’ deep lines and Laura Allred’s sharp but muted colors, it makes for a rewarding sight. Catwoman through the ages, this issue reiterates, but doesn’t pander. Now we know why Catwoman chose the hard option in Batman #50, all adding up to Catwoman #17 being a truly memorable issue.

Catwoman’s path is twisty ahead. She never says whether she feels like a hero or a villain herself. She does however, call out Mrs Creel. She’s determined, and the issue ends with an old friend coming to Selina’s aid, one that I’m deeply excited to see her with in issues to come.