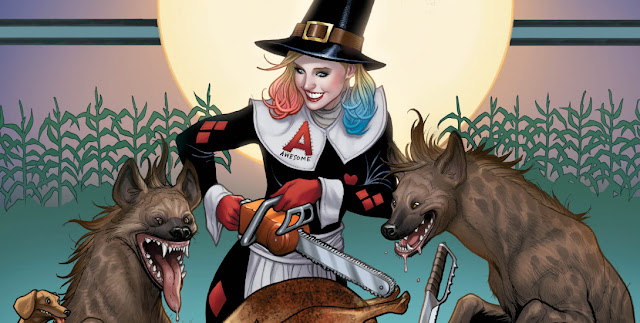 Harley Quinn #67 is in my hands and, let me tell you, if the cover alone didn’t pull me, the list of astounding artists certainly did! This issue is probably one of the most guilty pleasure issues I’ve ever read in the Harley Quinn ongoing series. When we last left her, Ms. Quinn was finishing off the “Trials of Harley Quinn” arc. My most recent review can be found here, if you need some closure… but, since this issue is jam-packed with everything from causing ripples through time and space to turkey, let’s go!

The story gives us a double serving, with not only a main plot but a massive subplot too. On one hand, we have Harley and Booster Gold using his time tech in an attempt to go back through time to the first-ever crossover. We get to see nostalgic plots and art styles with heavy hitters like Dan Jurgens, Norm Rapmund, Aaron Lopresti, Matt Ryan, and more. We flow through Final Crisis, Infinite Crisis, even Crisis on Infinite Earths; and even get to see Harley interrupting in fits, trying her hardest to stop crossovers from ever even happening. 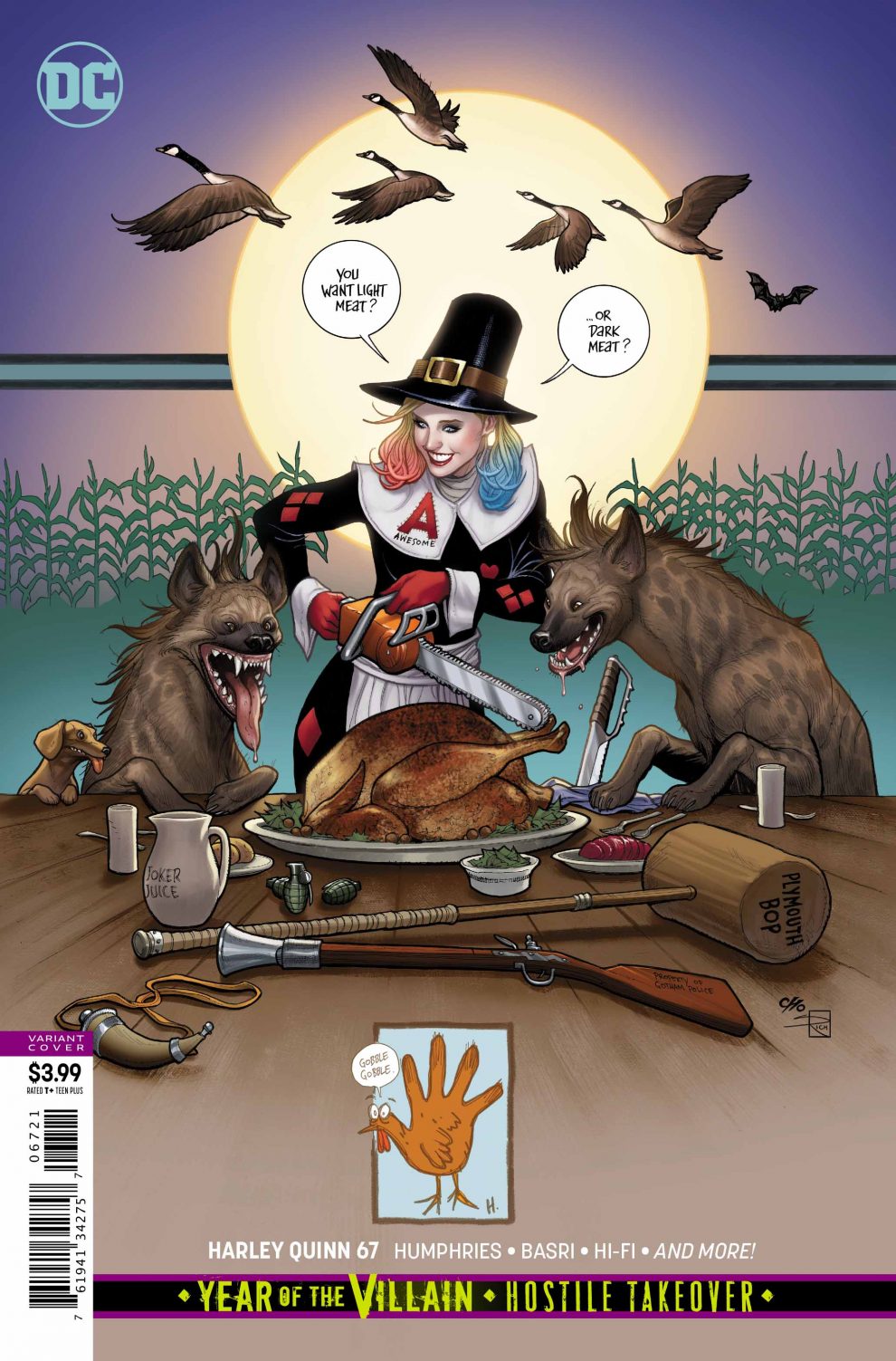 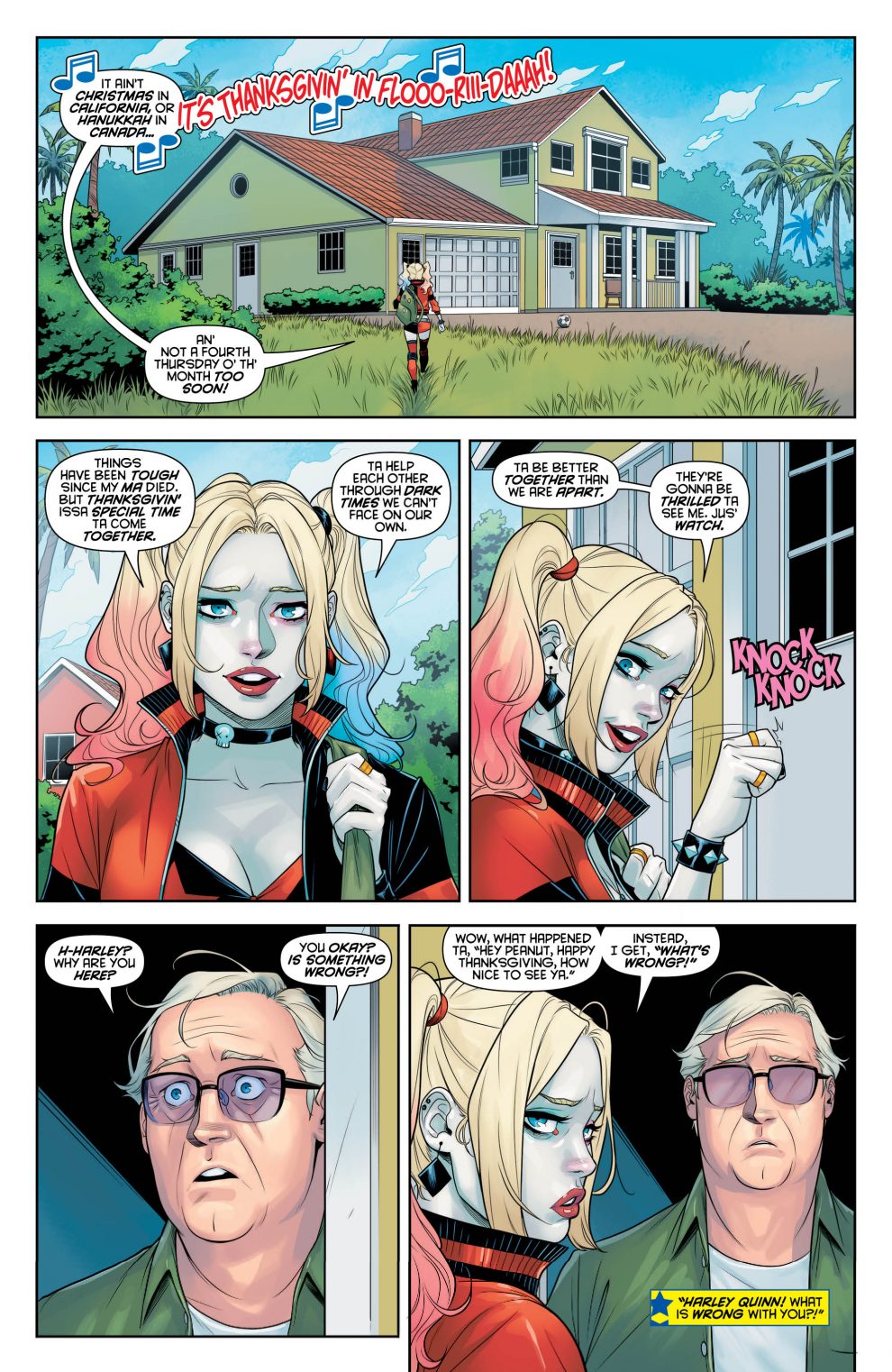 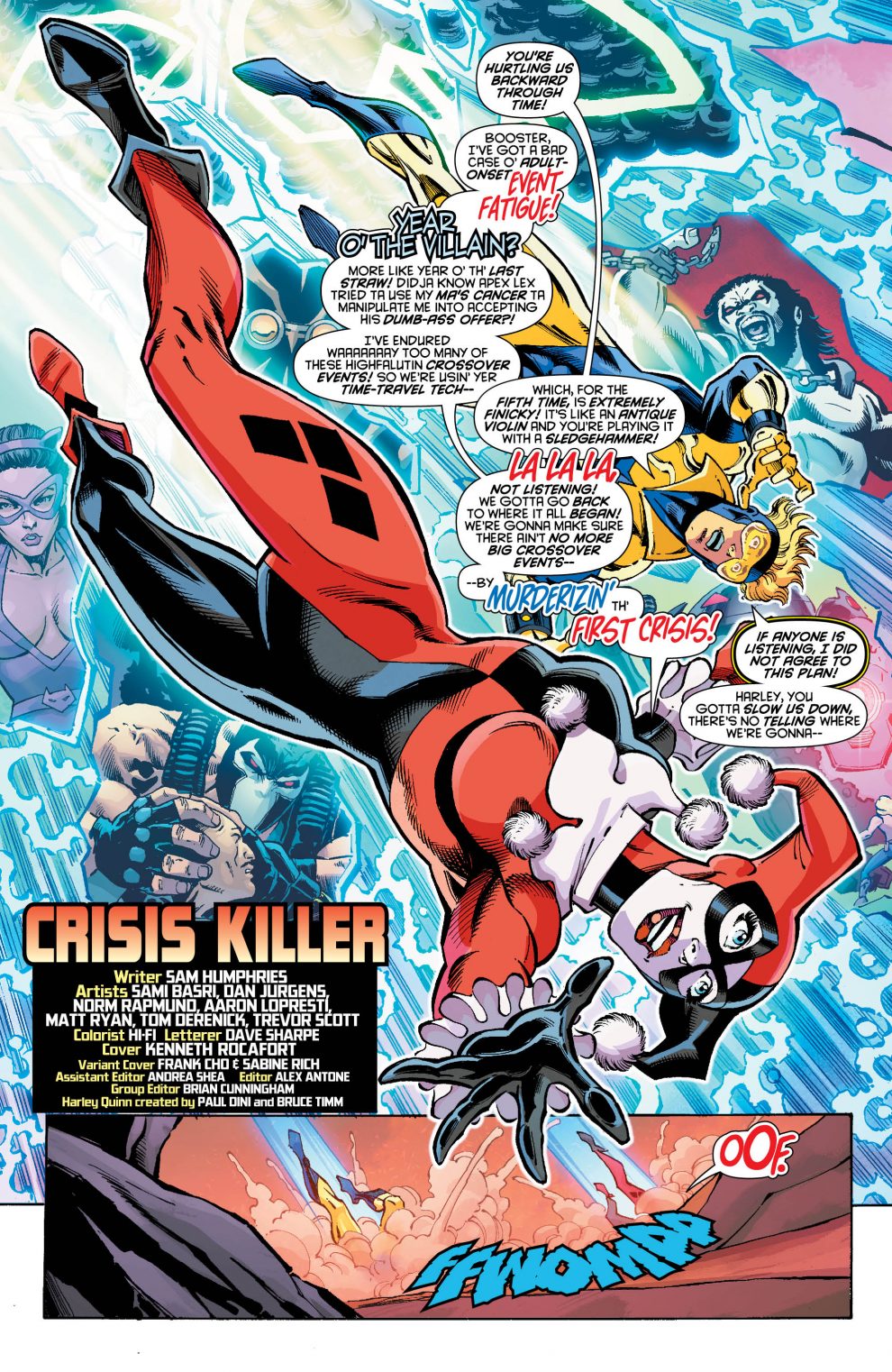 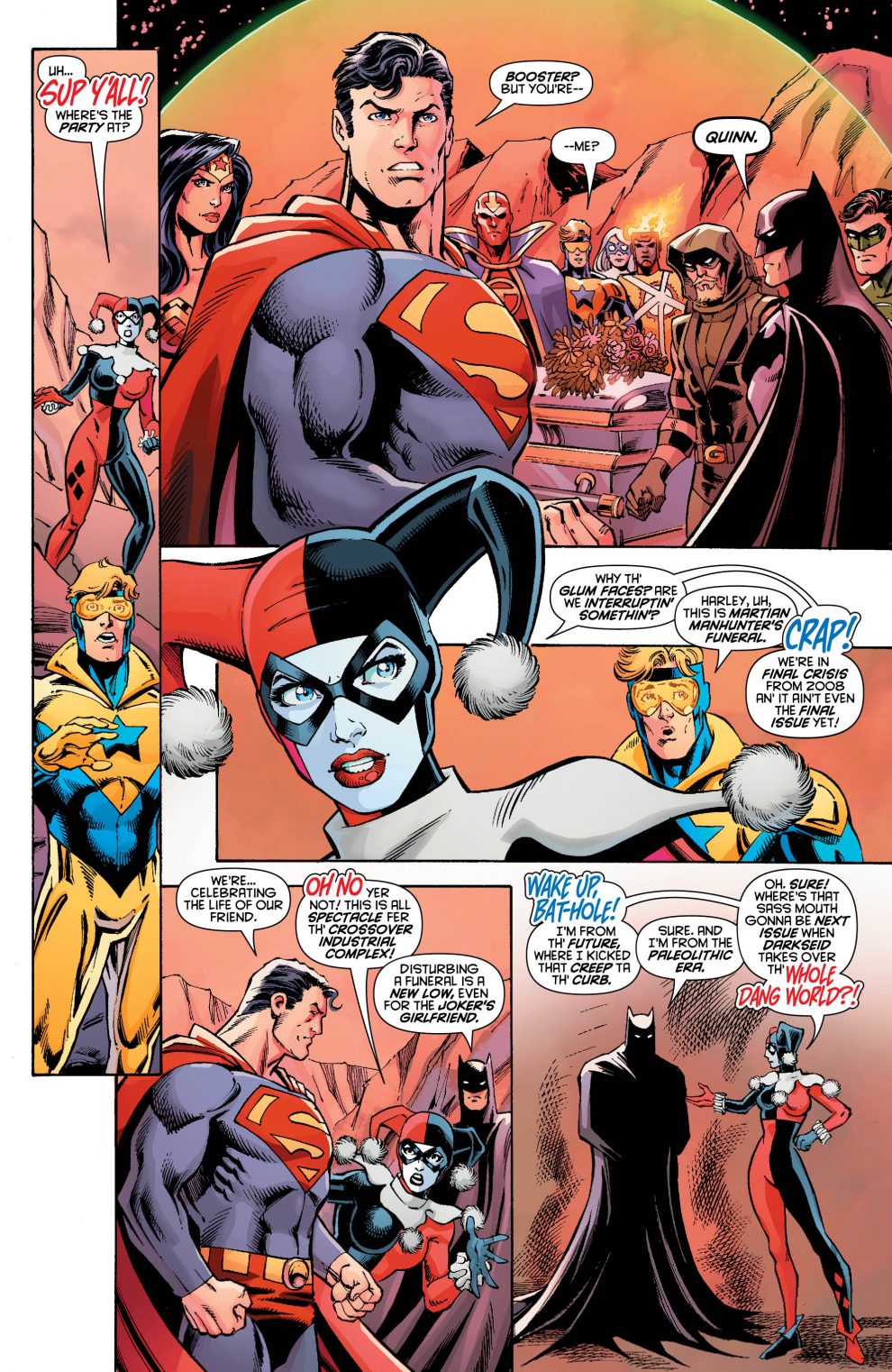 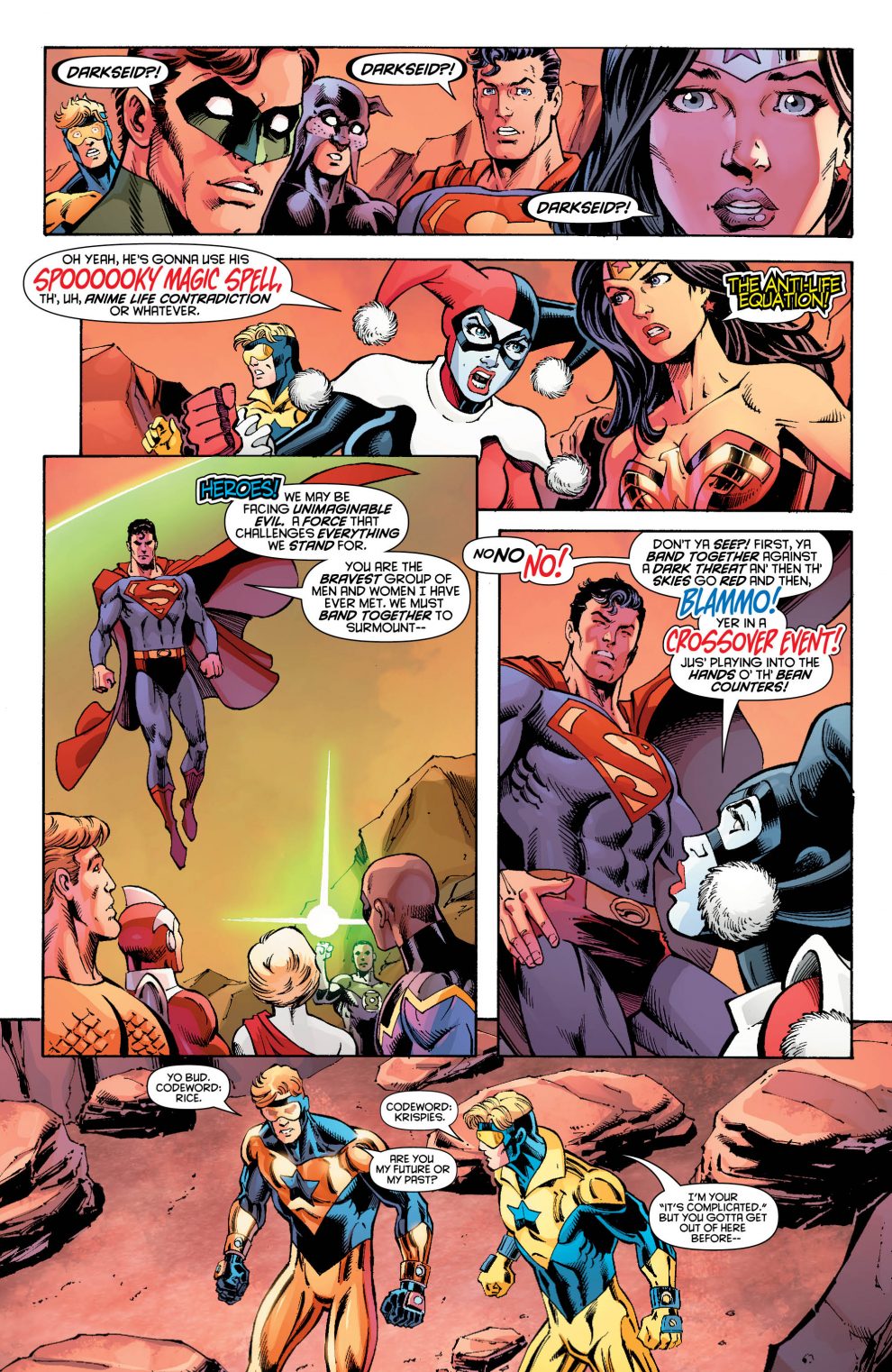 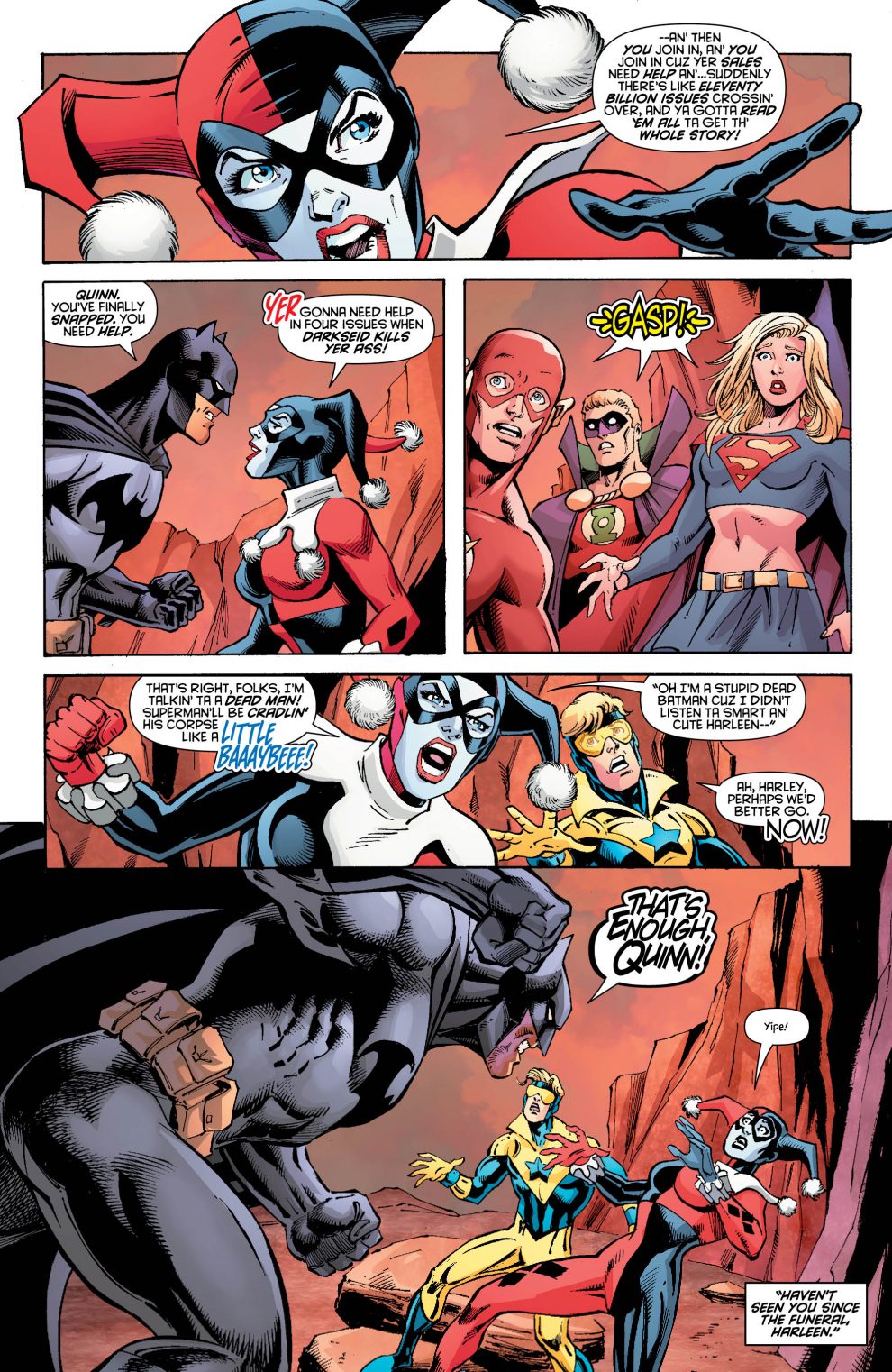 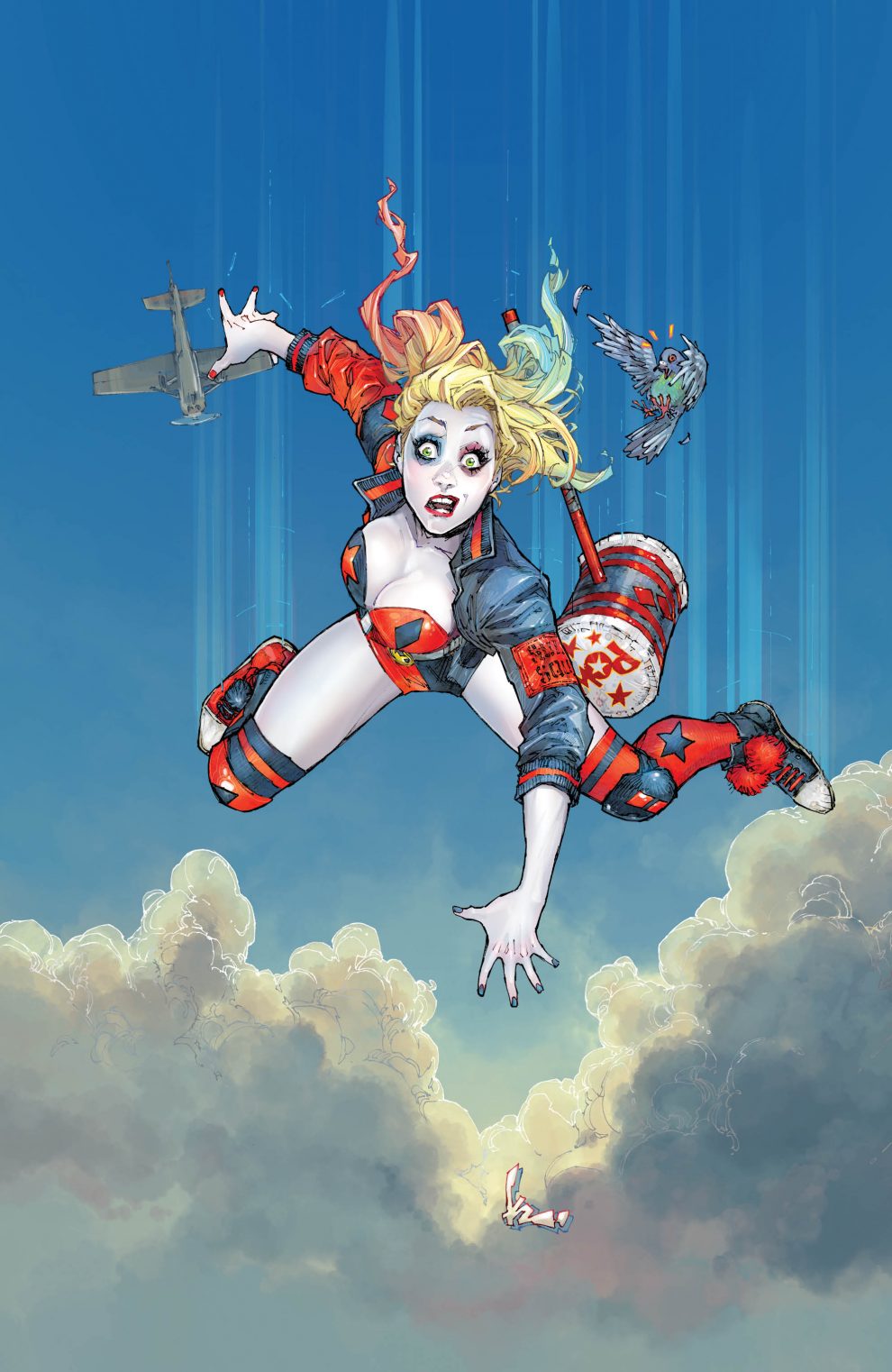 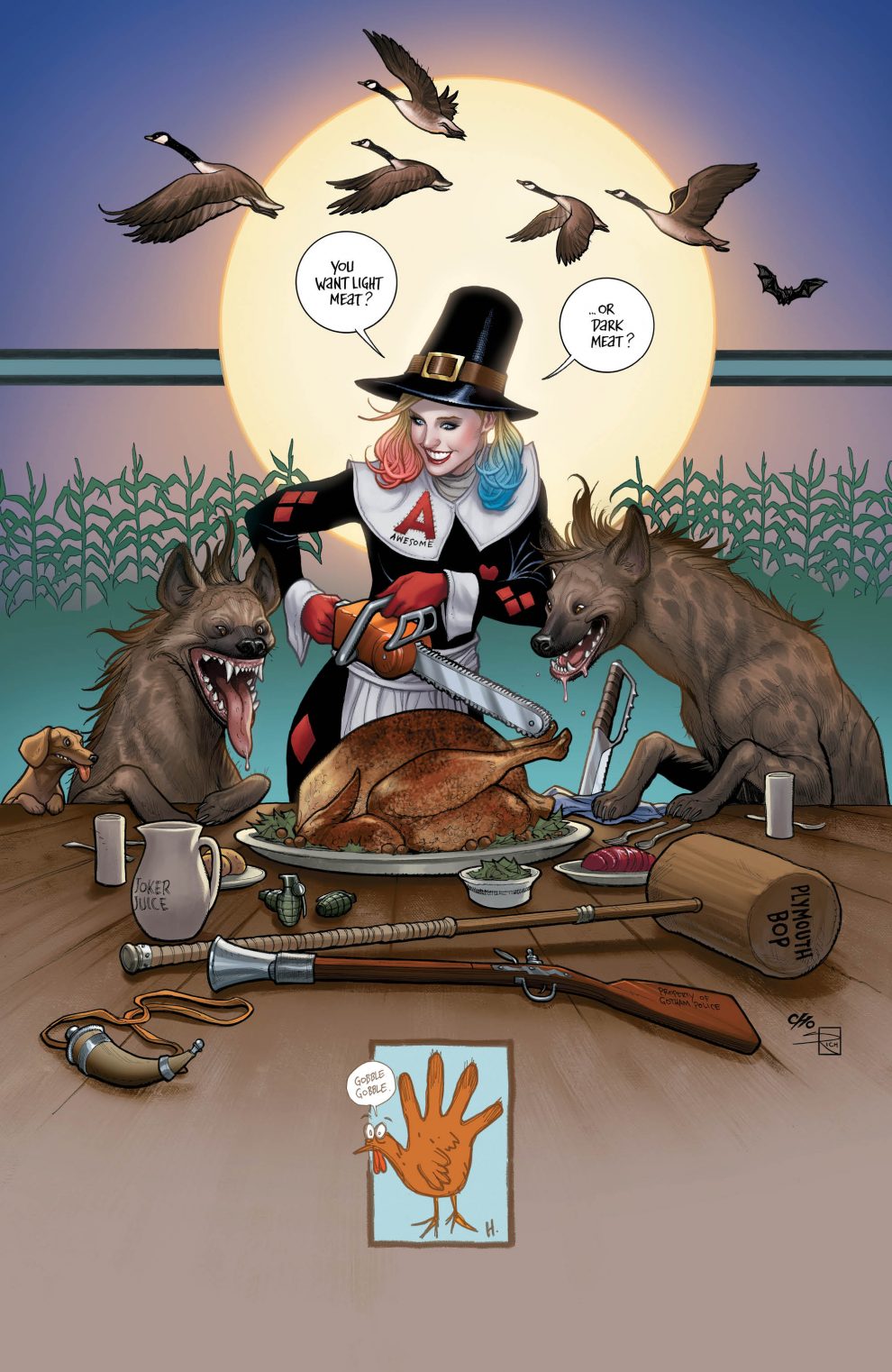 While this is going on in the Meredith Clutterbuck subplot, the main story deals with Harley and her family going through the very real pain of the first big holiday without her Mom. I will advise caution with this issue, because while it’s brilliant and raw, this team has never shied away from dealing with the human element that makes up Harley Quinn. They don’t fail us here either.

I said in the beginning that Harley Quinn #67 was ambitious, and when everything’s said, done, it’s all that and much more. Sam Humphries and his team continue to deliver delightfully wicked content that draws readers in and barely allows for air. The art styles depicted across the time and space of this issue are sure to bring back great memories and moments of laughter, as Harley goes on tirade after tirade. Truthfully, Batman has some of the best reactions to Harley, hands down.

Overall, Harley Quinn #67 was a wild ride, to say the least. Seeing crossover stories all together in one issue coupled with the whimsy of this character was great. Something I didn’t know I needed until now, and am so grateful to have gotten. The next issue will be Christmas themed and I truly can’t wait to read what they have in store for us! Until then readers, let us know what you thought. Were you pleasantly surprised by all the artist cameos in the issue? Sound off in the comments below,sports fans!