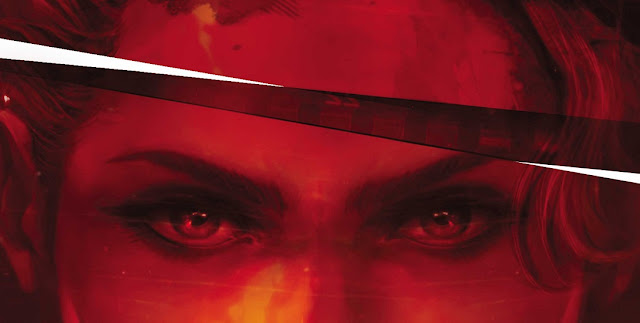 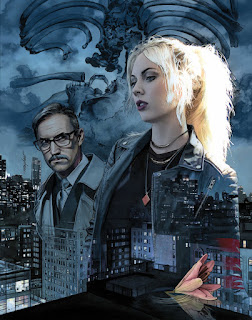 Joker/Harley: Criminal Sanity #1 is here, and it delivers not only a beginning to this tale, but 3 beautiful covers as well. One of the genius themes for this series is a defined feeling of duality. We get a beautiful main cover with art by Francesco Mattina, but then are treated with 2 variants by the main artists. We get a Joker version by Mico Suayan and a Harley version by Mike Mayhew, which is stunning. There was a lot of ground laid in this first issue, so let’s dig in.

Joker/Harley: Criminal Sanity starts out in a black and white world, with us listening to the inner monologue of Dr. Harley Quinn. The premise is that Harley is a consultant for the GCPD, helping to solve cases involving serial killers. This job change from her previous role was due, in large part, to losing someone very close to her to The Joker. As you’d guess, she’s become a bit obsessed with the case and is struggling with lack of progress over a five year span. Little does she know, she’s not the only one keeping an eye on the case. 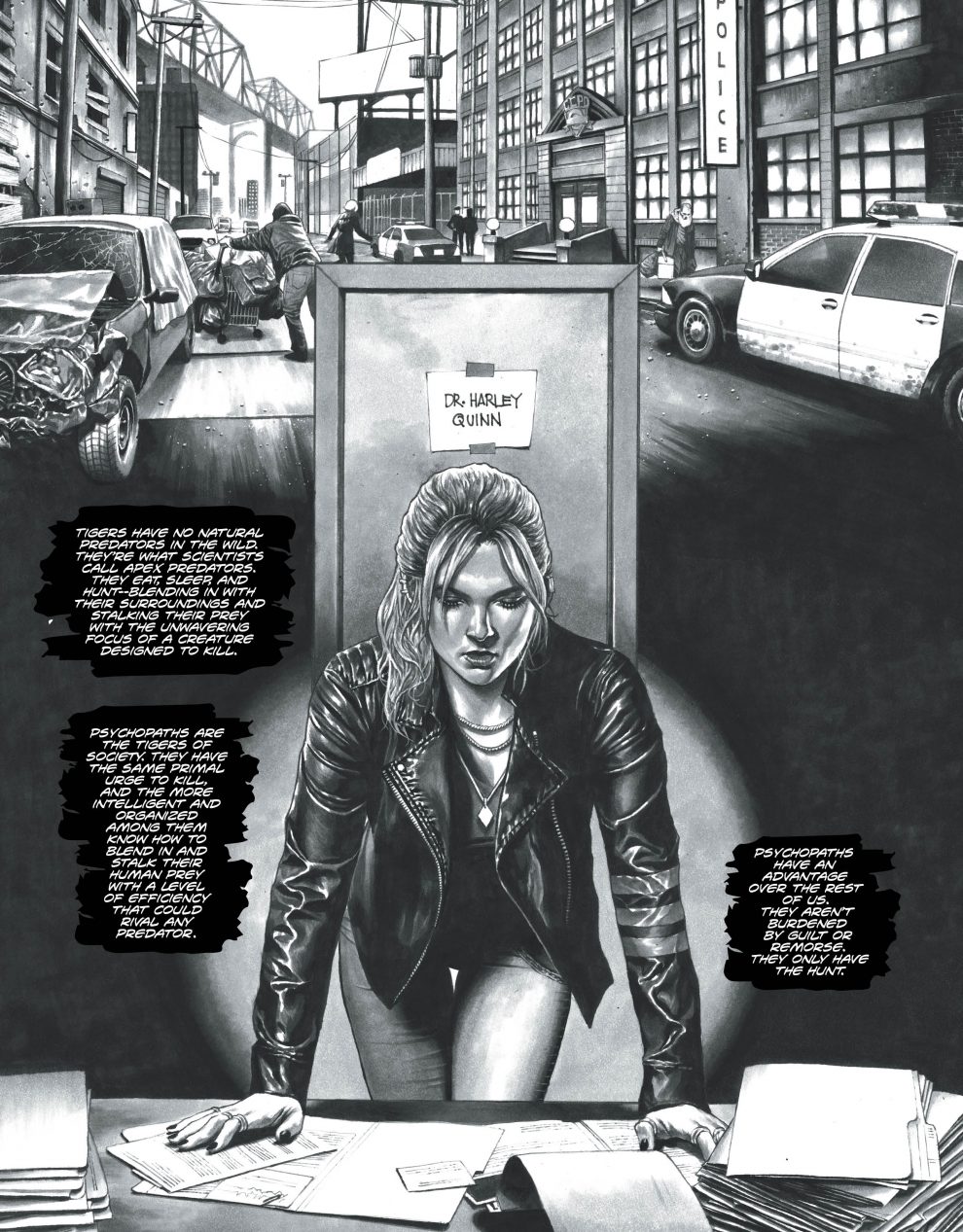 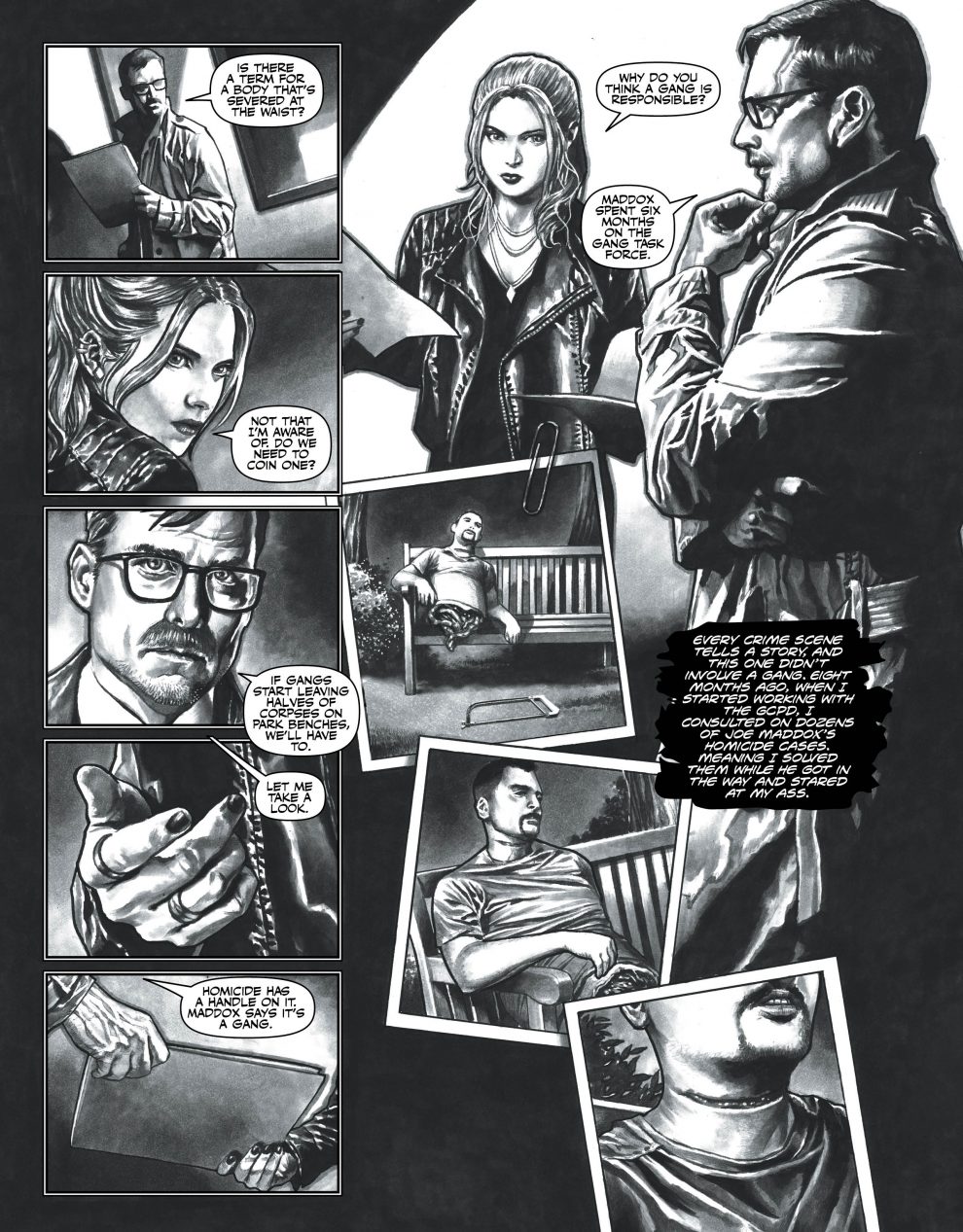 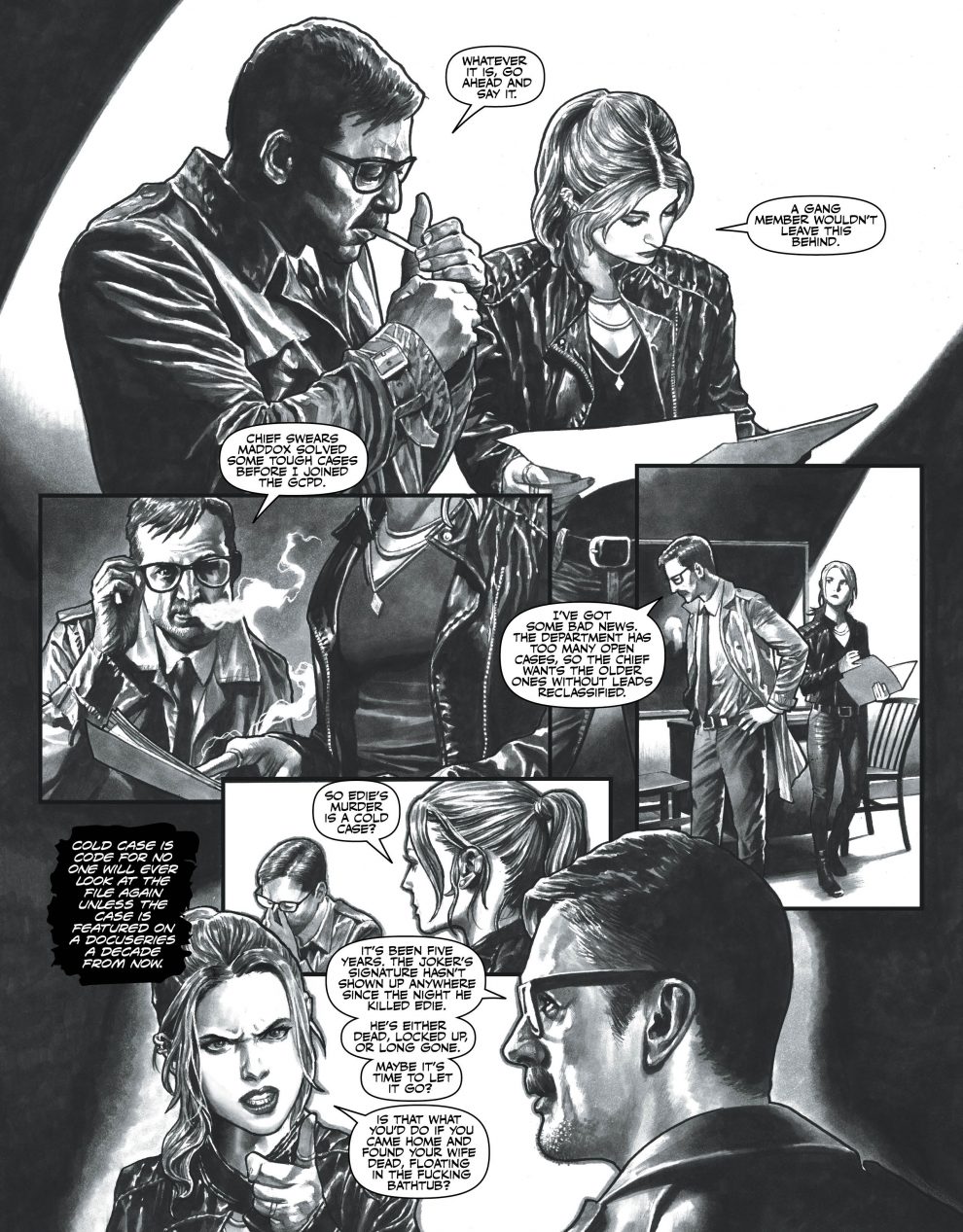 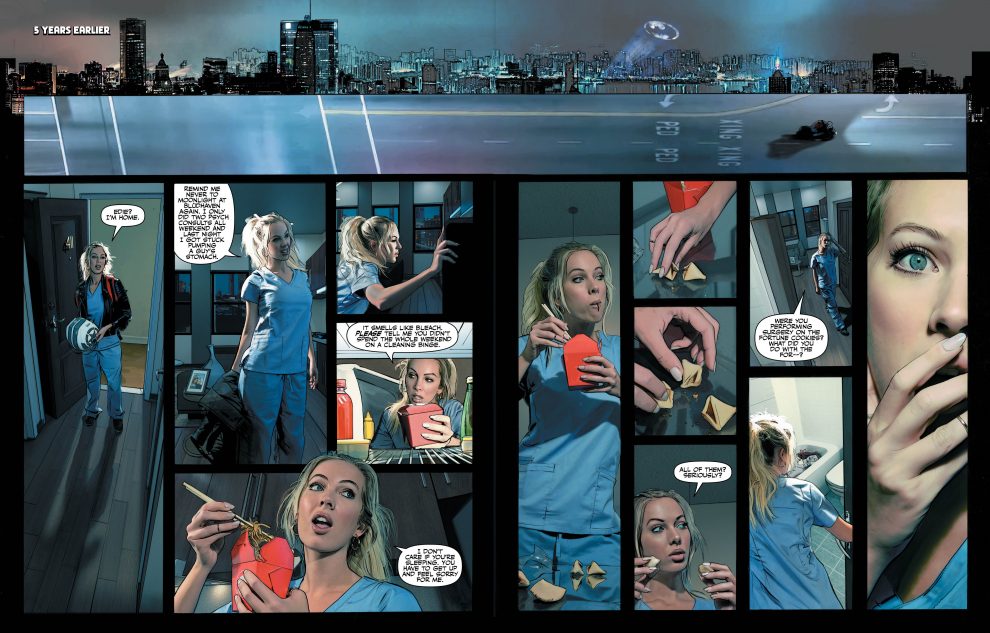 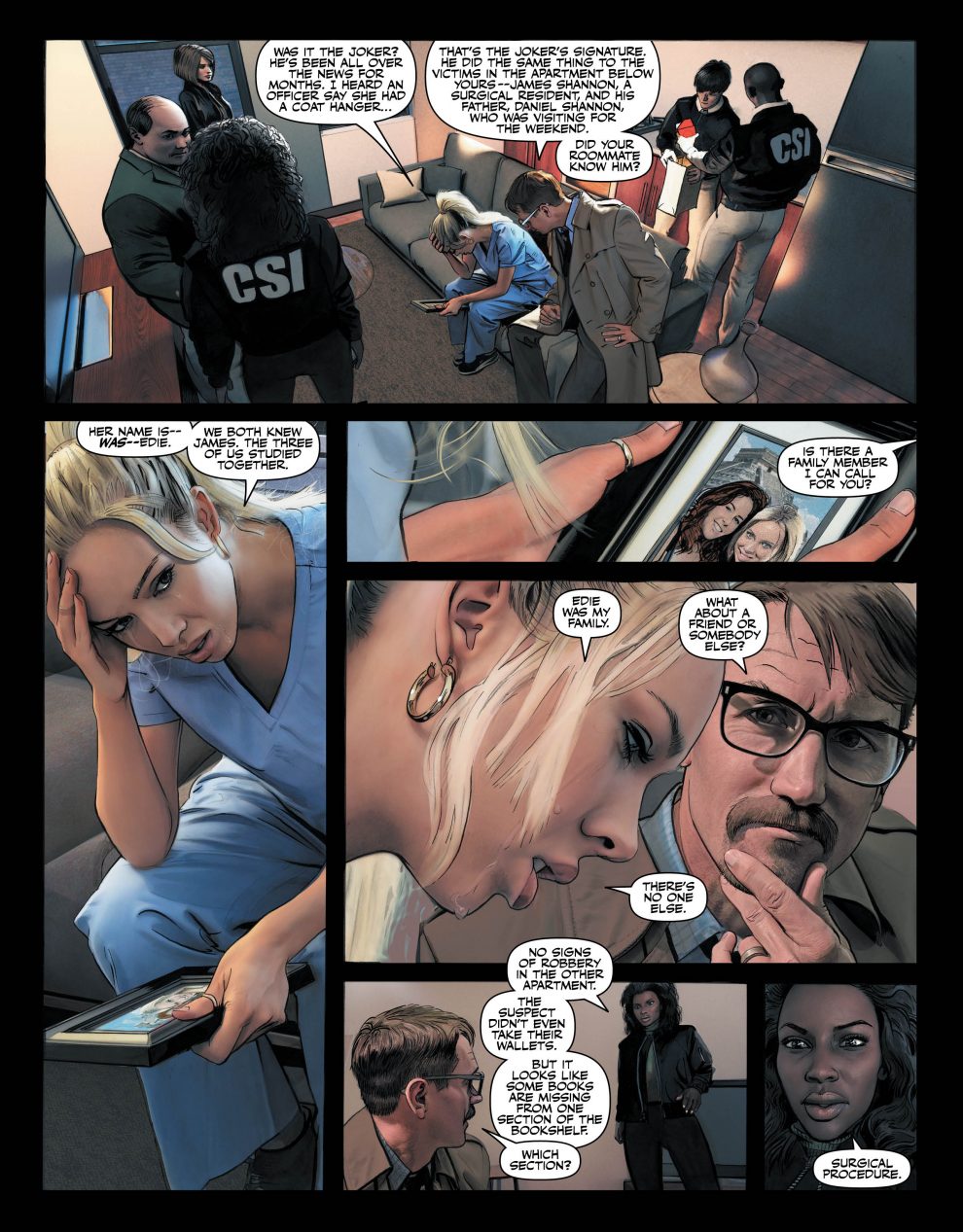 Everyone Loves A Clown

Joker/Harley: Criminal Sanity #1 has a lot of filler, like it’s laying groundwork. That is to be expected when a comic series begins, but there’re six whole pages devoted to a history lesson on serial killers. Normally I’d be completely down with this, but it takes away from the story. To be fair though, they are going against the medium of TV, in which stories like this are, and have always been, extremely popular. I honestly wouldn’t have known I was reading a Harley or Joker comic if the name wasn’t there on the cover. I do, however, really appreciate them respecting and showing off Harley’s intelligence and placing that in the forefront.
That being said, it doesn’t take away from the art of the book in any way. The way the two artists shine between the black and white of the now, created by Mico Suayan, and the hyper-realistic color art of the past, by Mike Mayhew, are both positively genius. They create moments that are played out beautifully as the comic moves forward. The moment when Harley comes home from work shocked me with how great they looked. 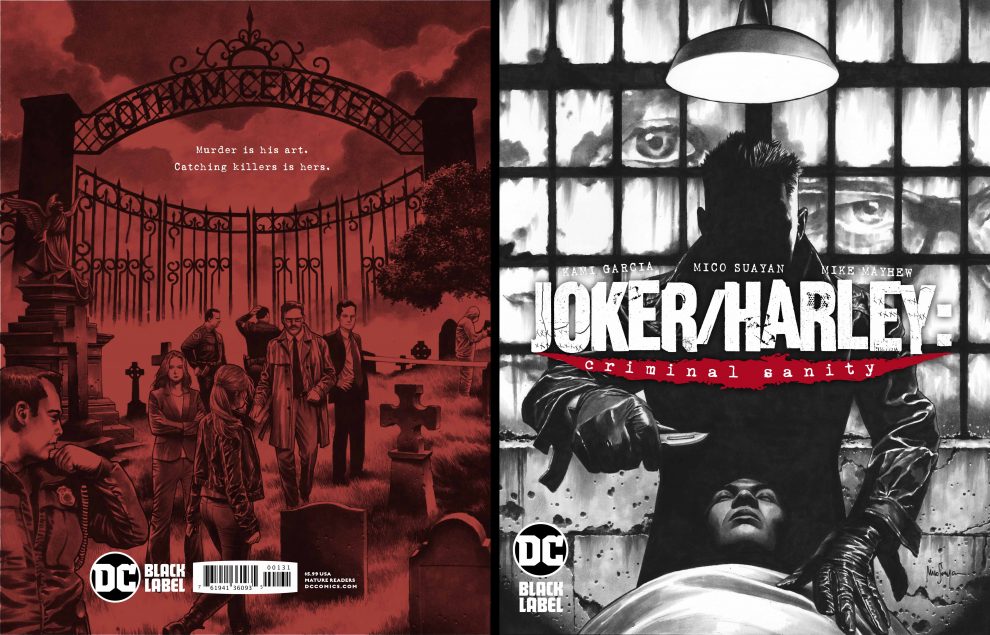 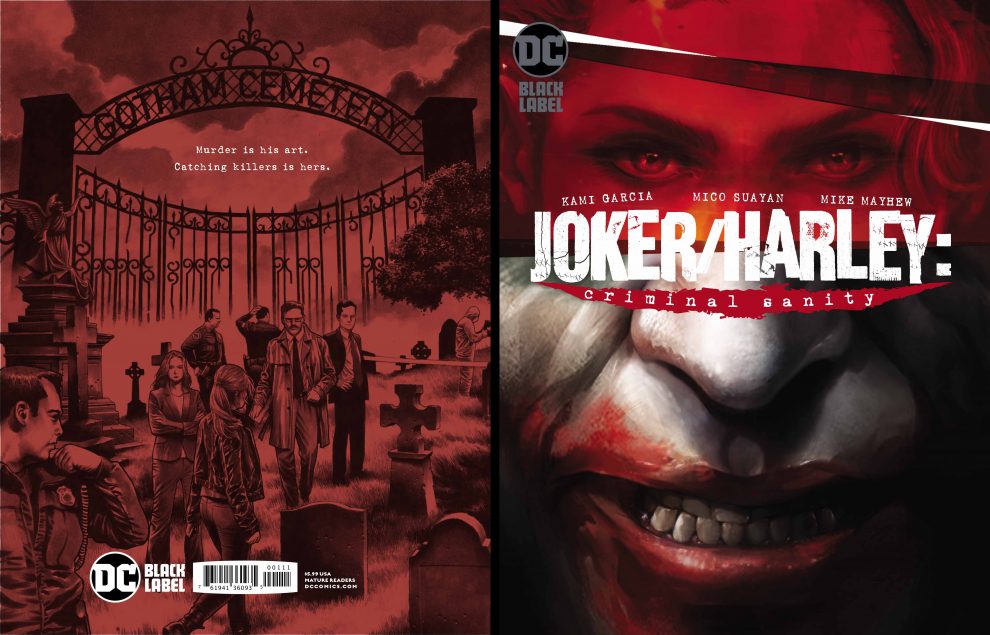 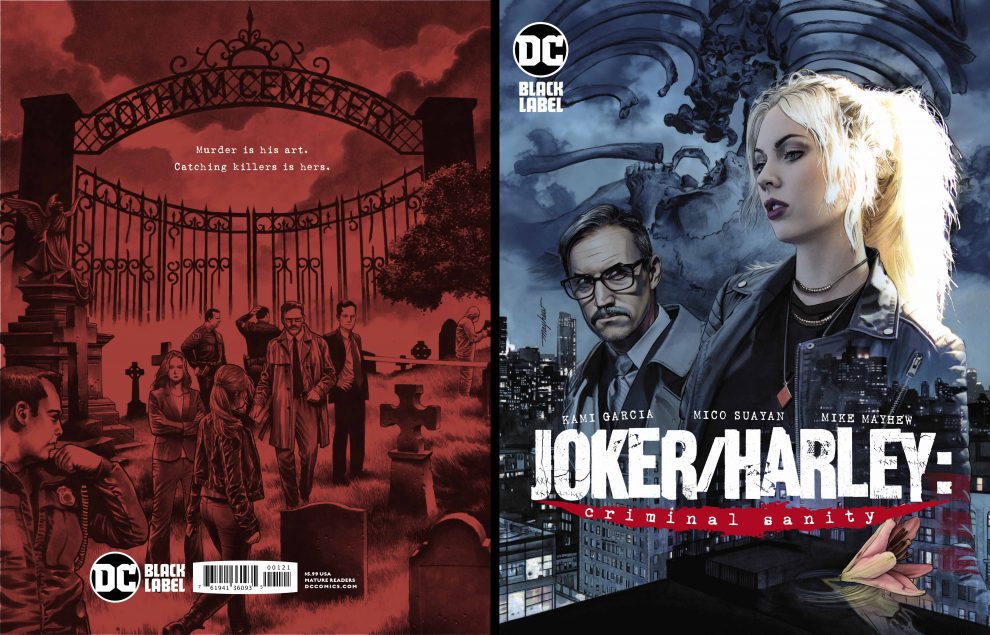 For me, the flow wasn’t here and the book actually ended a bit awkwardly. It felt like it was missing that climax that makes you want more… like you have to know what’s next. I look forward to seeing if the story amps up, and if we’ll get those moments next issue.