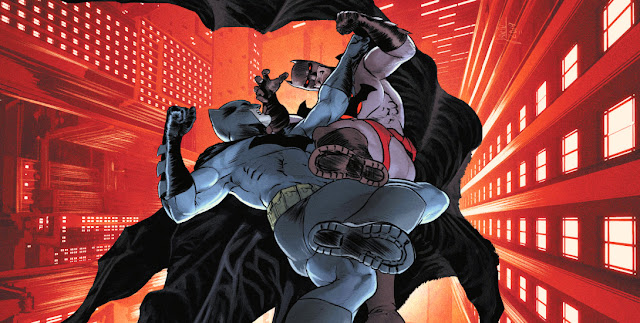 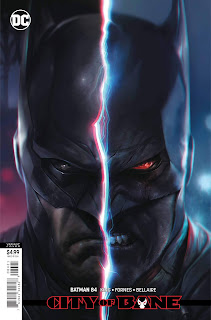 In a prime example of Tom King's prowess at the old bait and switch, the expectation for this issue was that we were going to get a knock down, drag out slobberknocker of a fight between Thomas and Bruce. The ending of issue #83 set the stage for this and the wonderful cover art from Mikel Janin, depicting Batman Sr and Jr in full on fight mode, also eggs the pudding.

King, however, has decided instead to send us down a different path, one full of answers, action, horror and real sadness. What we in fact get is a look back at the key events in Thomas' life in the Flashpoint universe, done brilliantly. Despite all his terrible deeds, I felt a degree of sympathy for Wayne Sr, as the tragedies that hit his life shaped his destiny.

What makes this warped trip down memory lane so effective is that King elects to tell the story in a non-linear fashion, starting at the end and working backwards. Cleverly starting with Thomas emerging from that pit, then going back over all the significant moments post the death of Flashpoint Bruce, so much ground is covered. The demise of Martha, the alliance with Bane, the fallout from Flashpoint and, of course, "We Rise..." 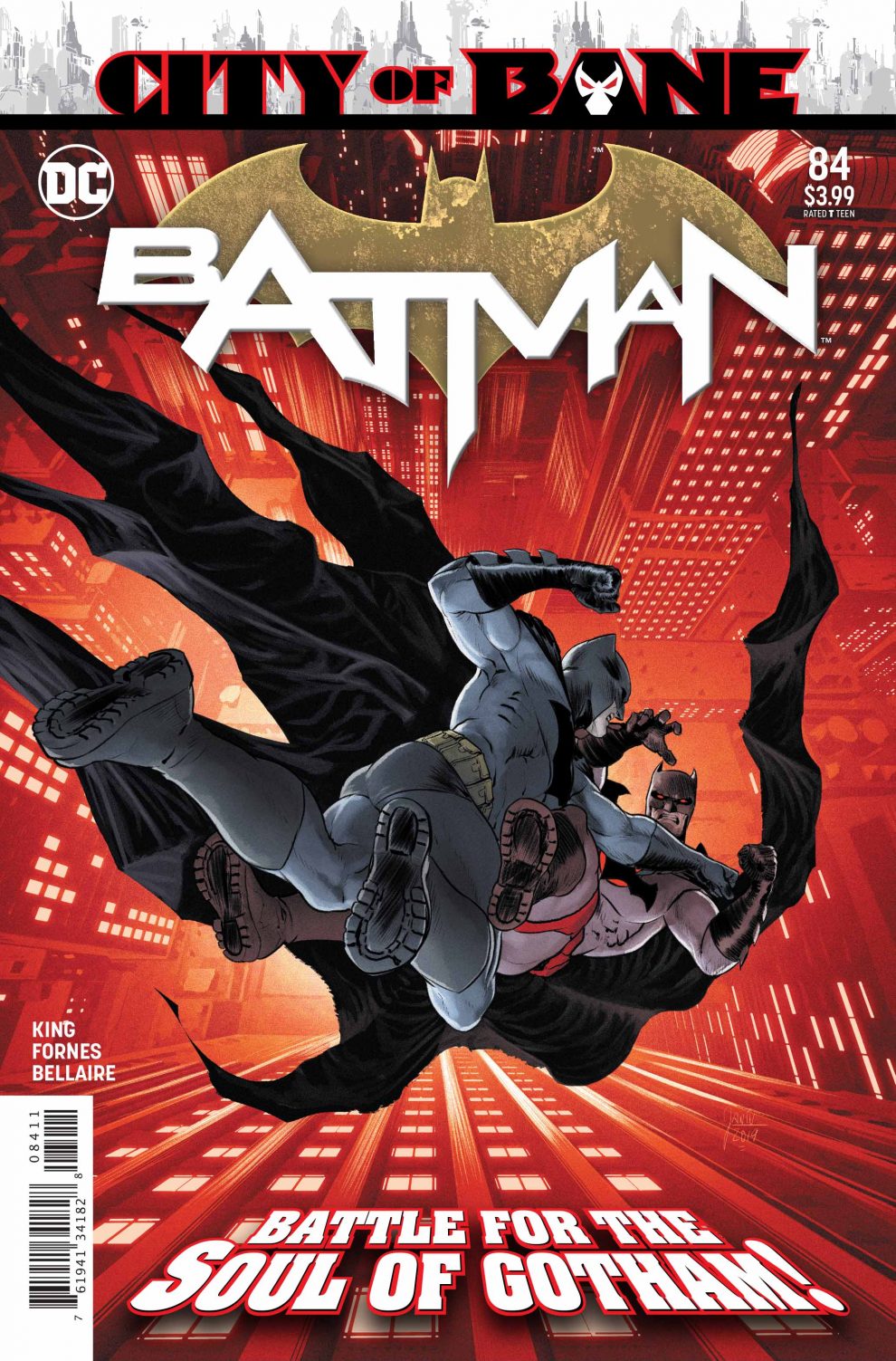 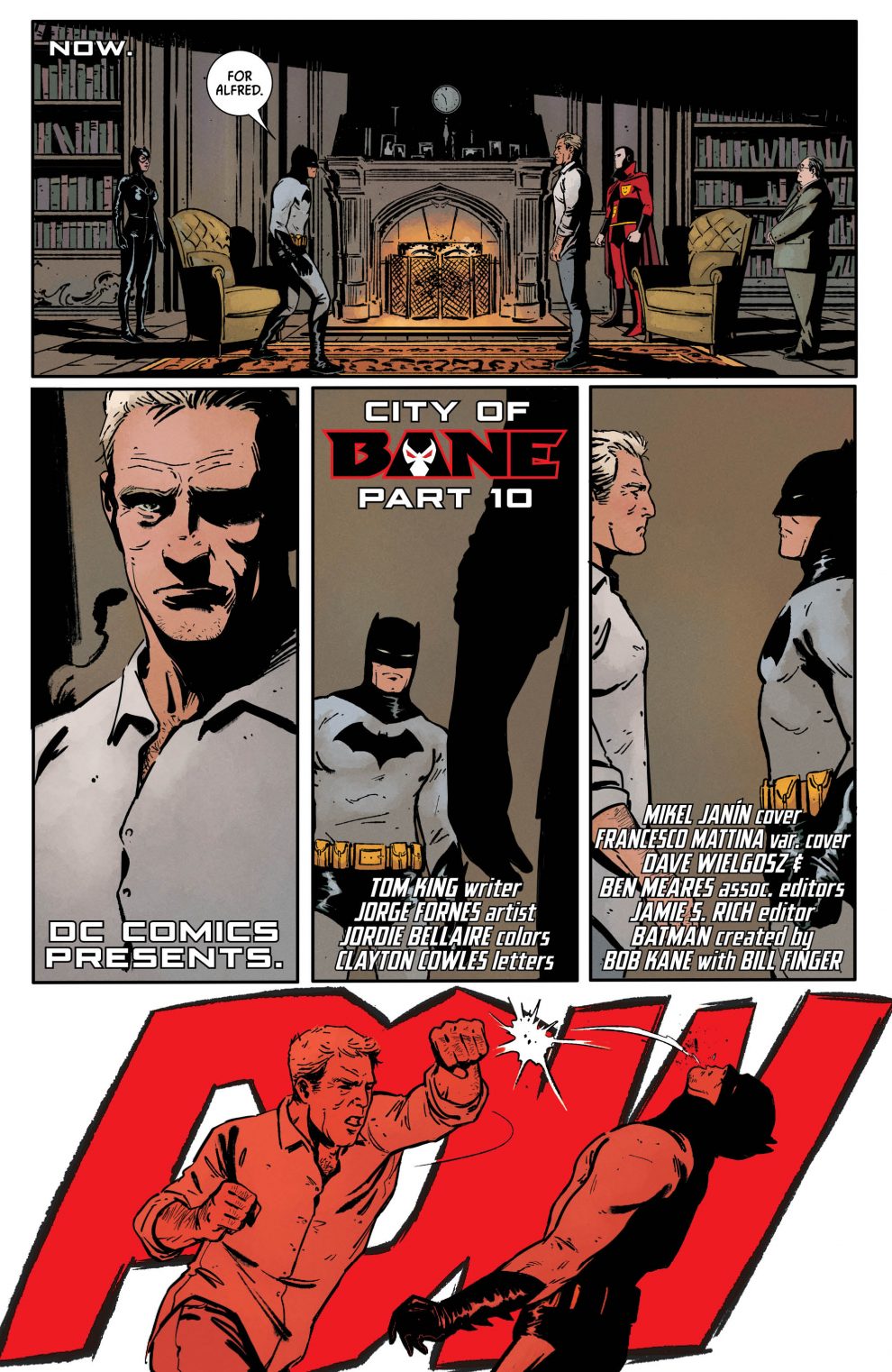 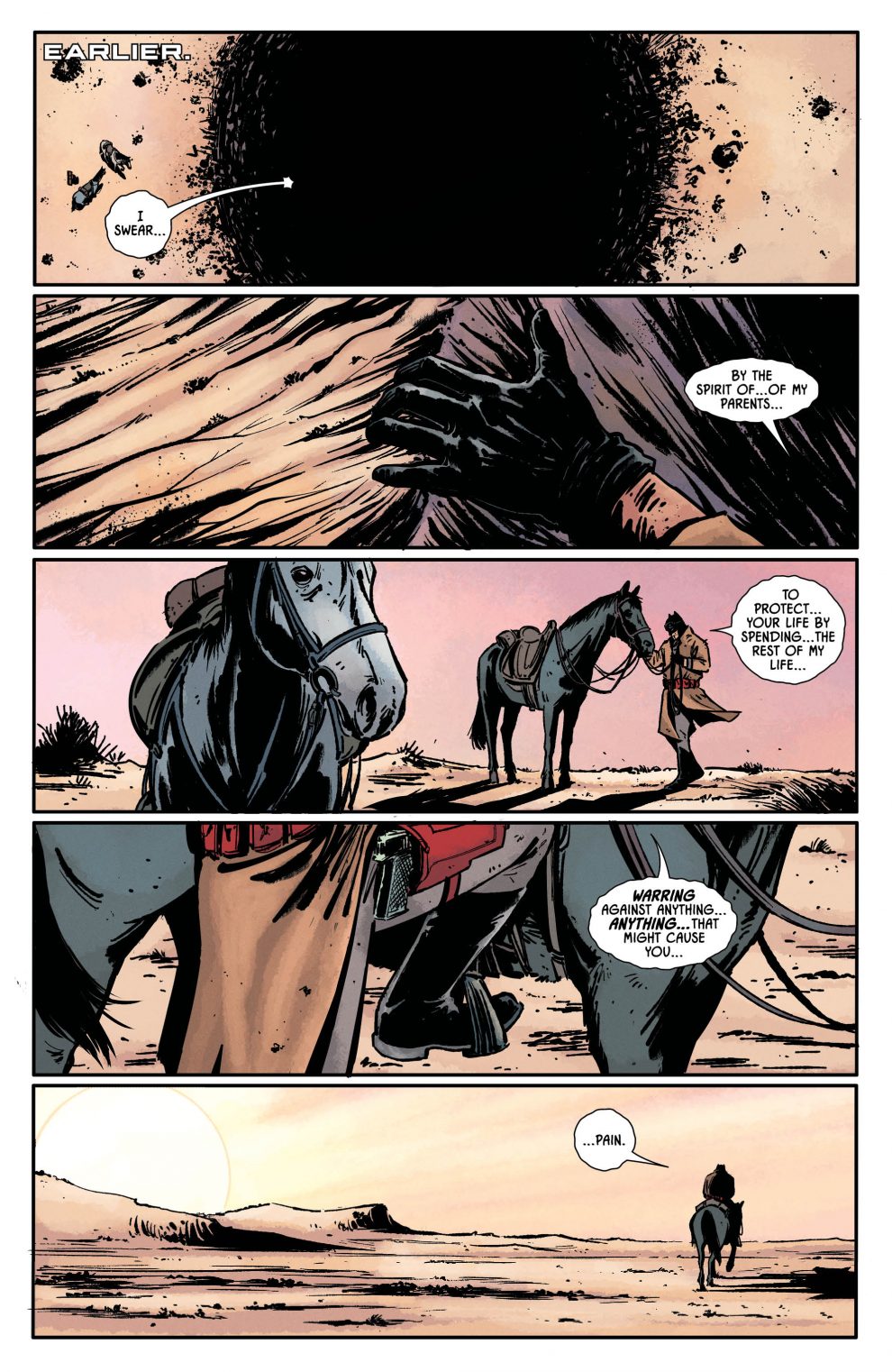 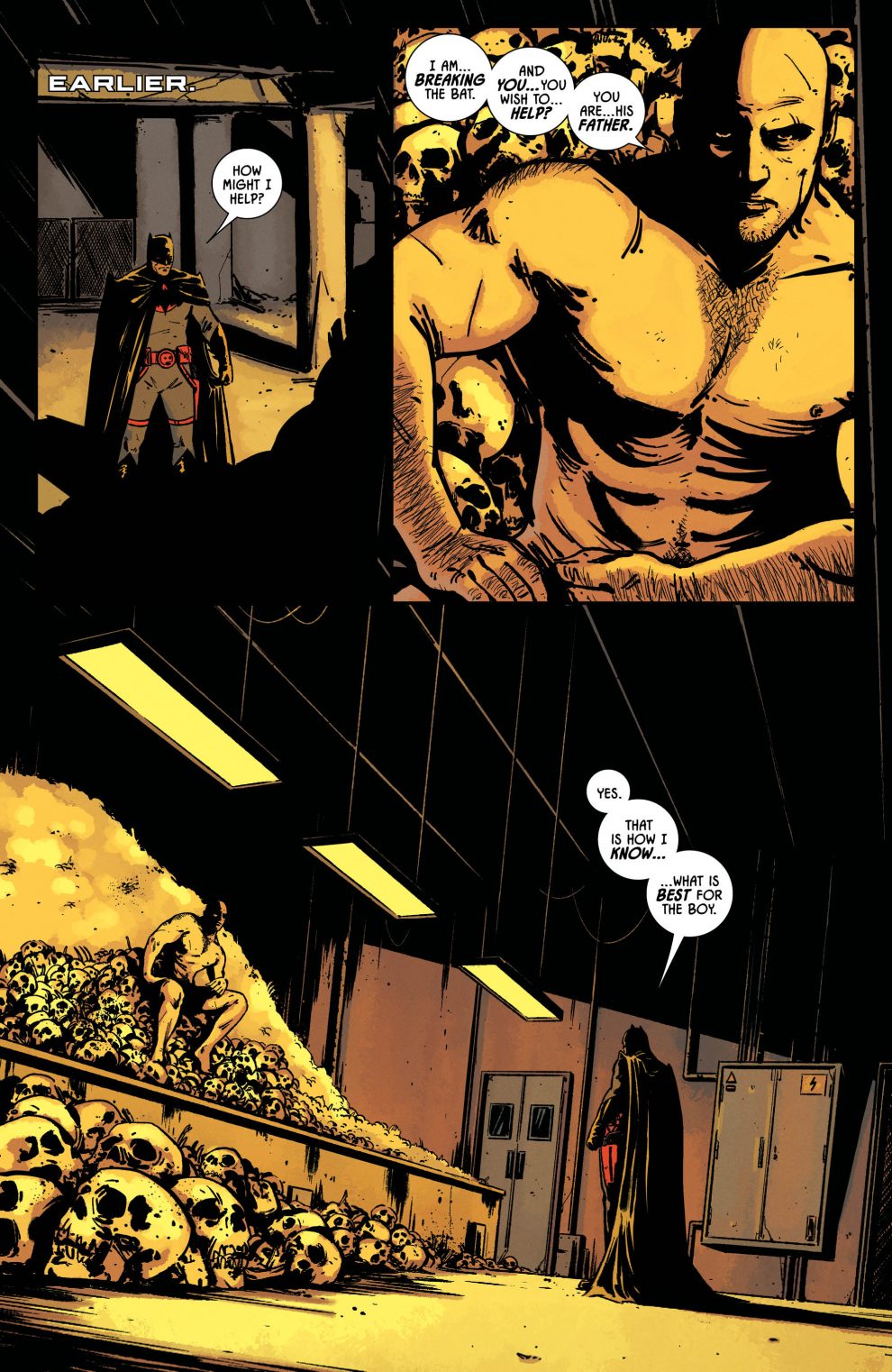 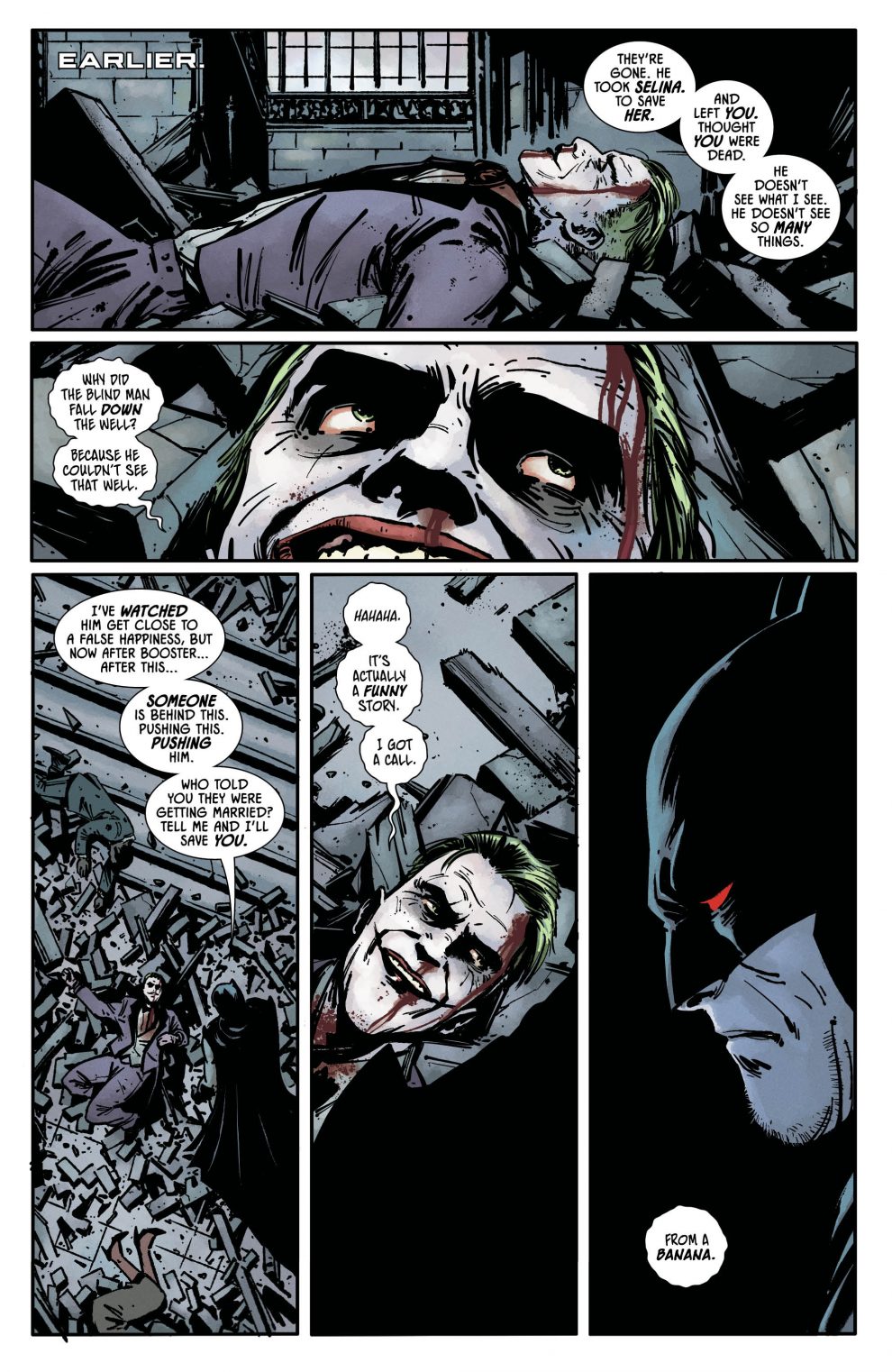 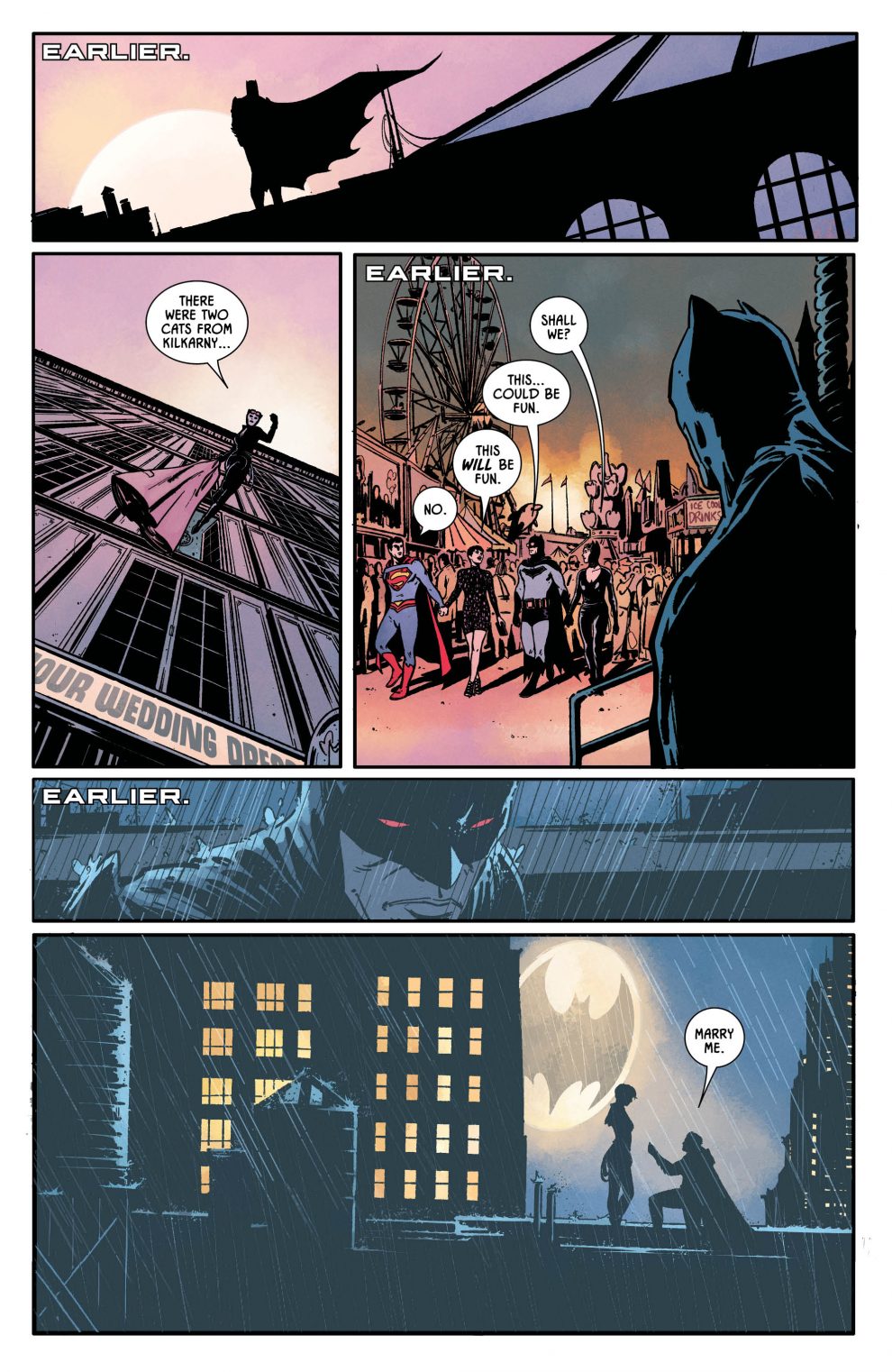 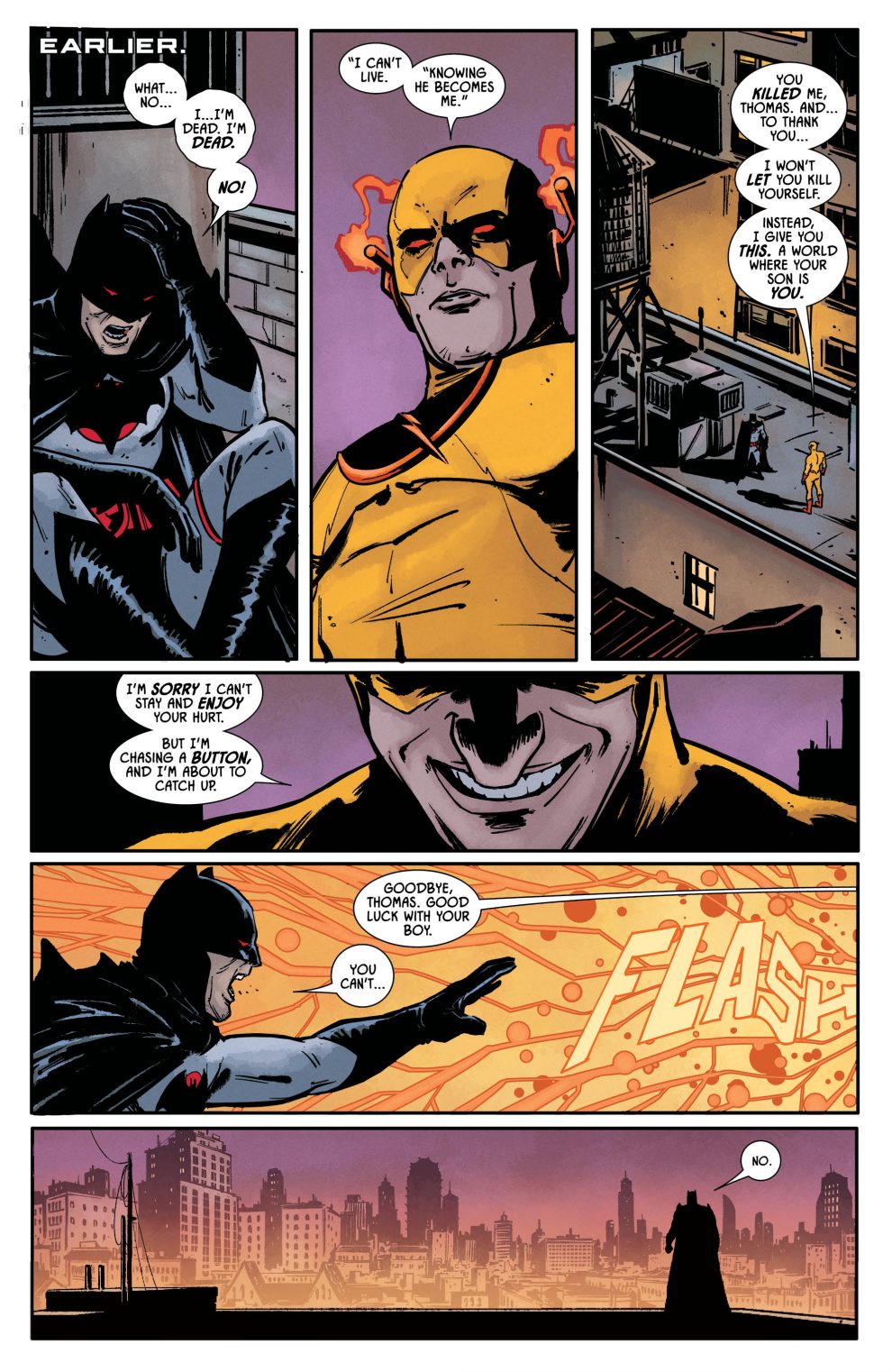 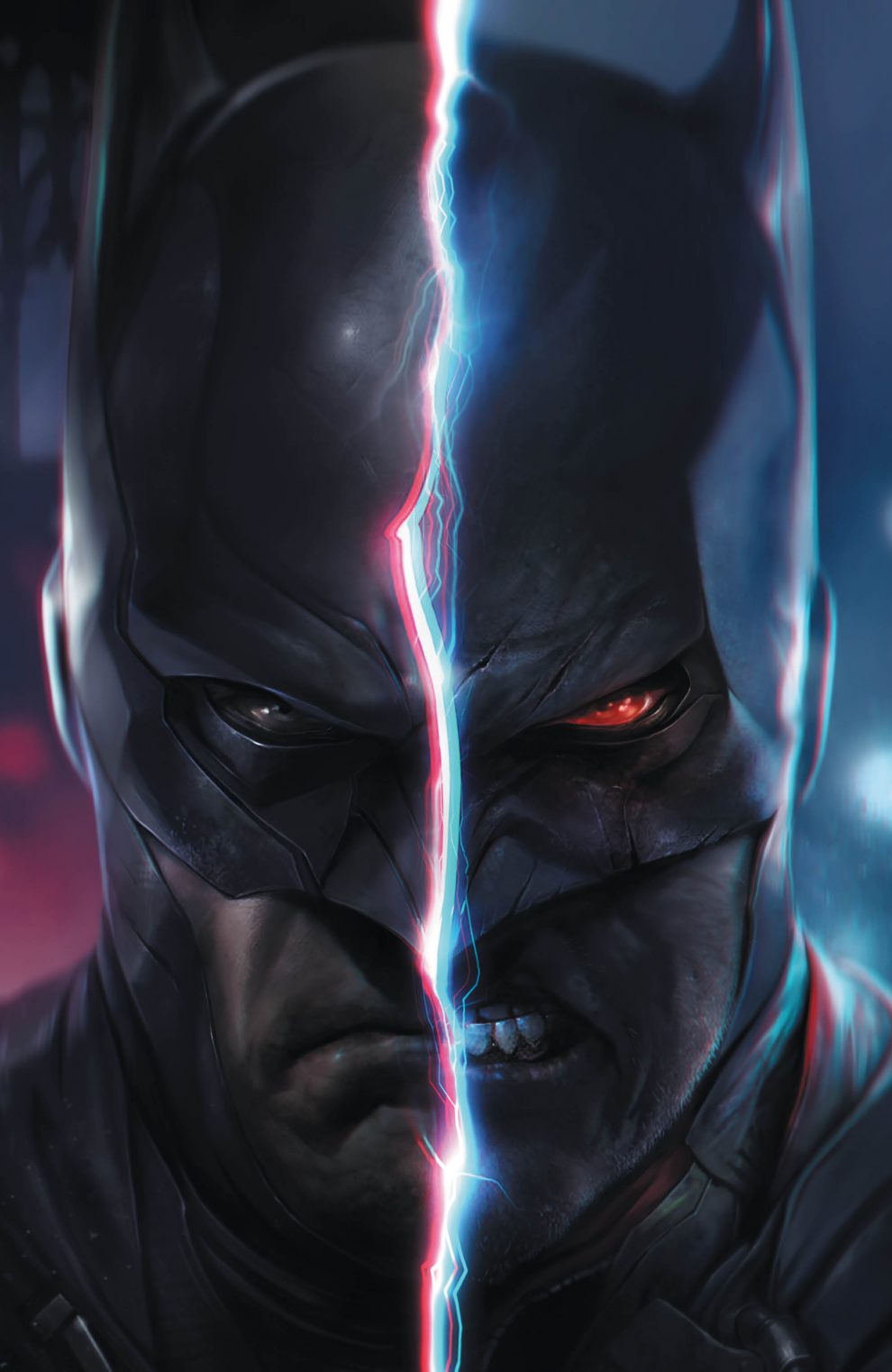 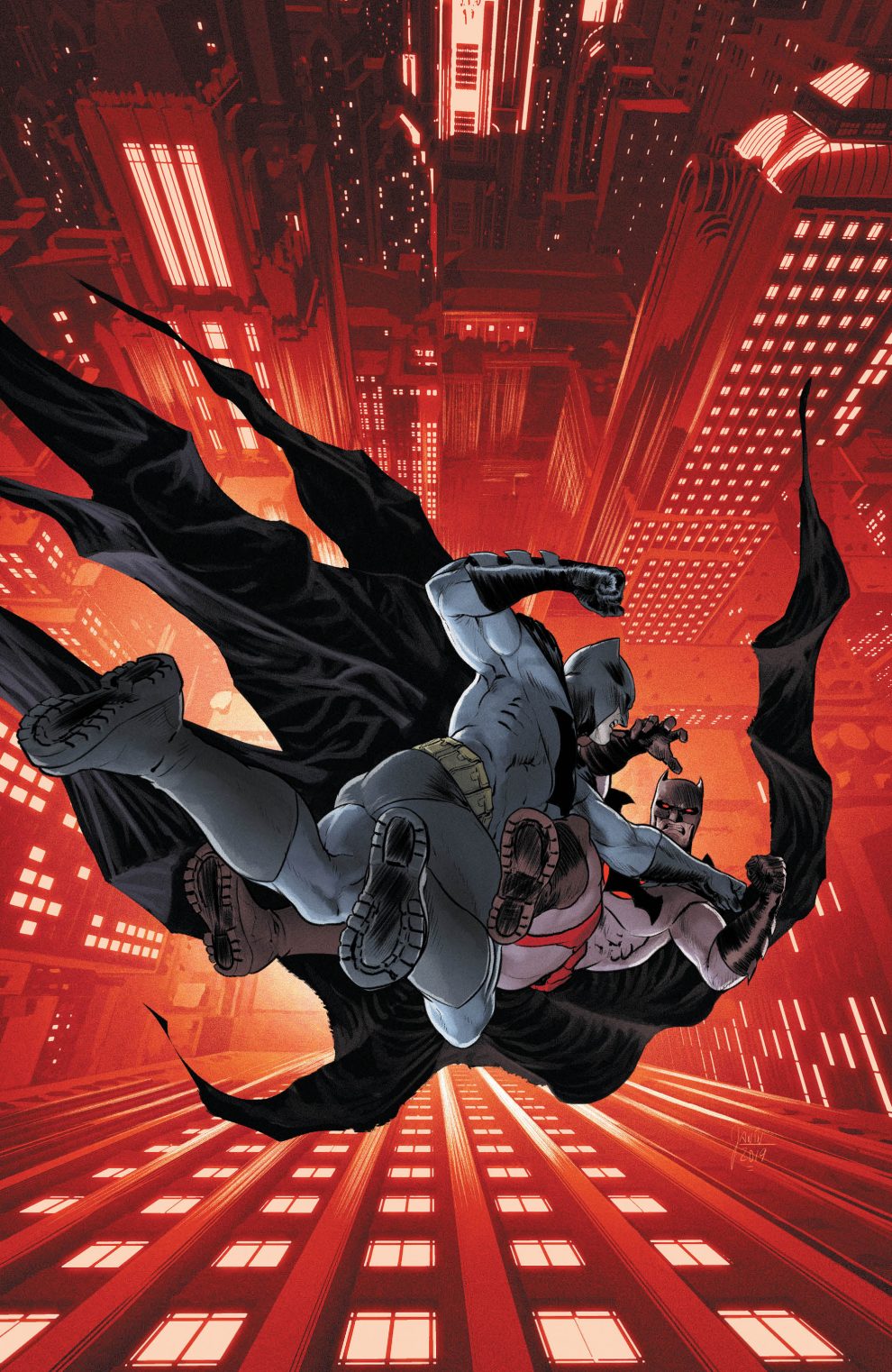 What works so well with King's short, to the point time stamps is the artwork of Jorge Fornes. This is something of a bittersweet triumph, as this is the final contribution from Fornes to King's run. As farewells go, this is what you call going out on top! His art is so distinctive and accessible. It possesses something of a cartoon element but with a worn, world weary quality, giving the reader an immersive and extremely rewarding experience. He has done such a remarkable job with the material he has been given and whatever project is next for him is sure to be a first rate book and worth an investment.

It wouldn't be a Tom King book without him leaving the issue with a tantalising hook to bring everybody back for issue 85. After all the aforementioned backstory, it all gets boiled back down to father and son. Read the book for yourselves, I implore you, but I defy anybody to fail feeling it in the gut when Thomas implores Bruce to follow the path he wants him to.

Bruce being Bruce, one feels that Daddy dearest is going to be met with some stern opposition to say the least. With the death of Alfred demanding retribution, the imminent end of King's multi-year arc is one I need to read, right now!

Issue 84 is an involved, interesting book that demands repeat reading. With tons of subtext and emotion, the narrative does a great job of framing the tragedy of Thomas Wayne and delving into the man behind the mask and misdeeds. Giving depth to the man/monster and teeing us all up for a rip-snorting final stretch, this is a book that everybody should give a chance and climb on board for the last part of this most epic of journeys.