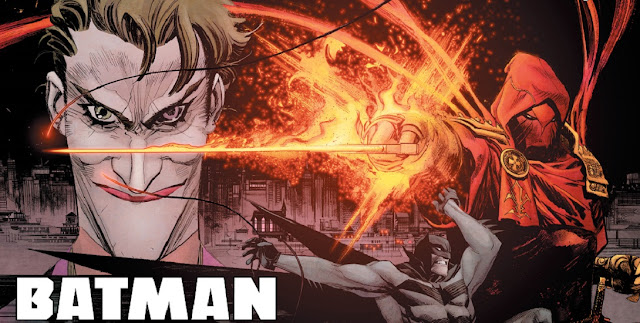 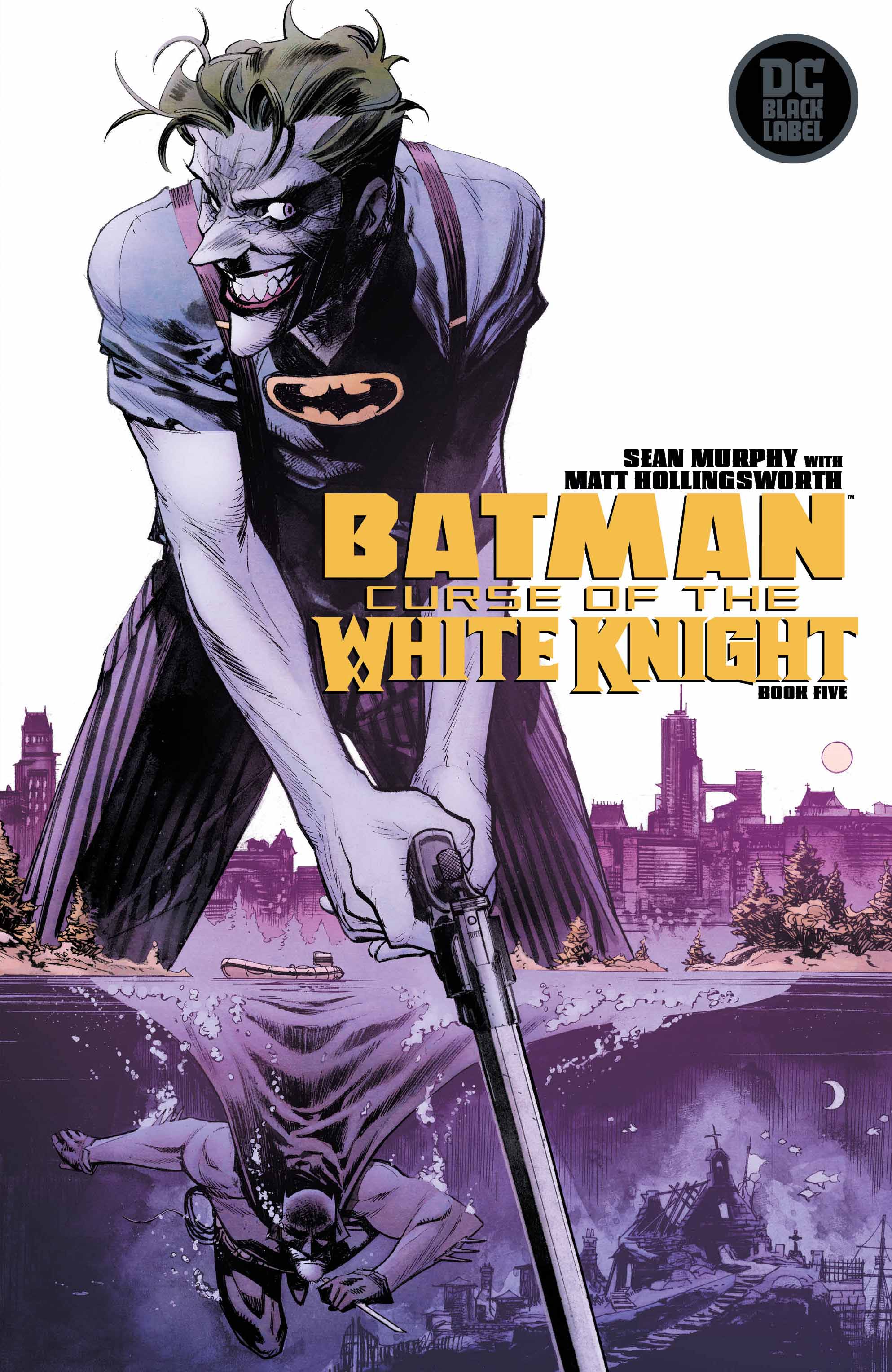 Batman: Curse Of The White Knight #5 gives us a further glimpse into the damaged mind of Jack Napier, and continues Sean G. Murphy’s alternate universe tour-de-force.
The original White Knight story focused on the Batman/Joker relationship, while this sequel takes a look at the “Knightfall” saga in a whole new way. The story doesn’t end there; we also see the origins of Gotham City and, because it’s not the “canon” DC Universe, we’re thrown heartbreaking curveballs, shocks and surprises too. We’ve already witnessed the death of Jim Gordon, and last month we saw Azrael break Barbara Gordon’s back.
I’ve always loved Babs, both as Batgirl and as Oracle. To me she’s one of the most inspirational characters in all of comics. Seeing her in a wheelchair is heartbreaking, but also incredibly humbling. I just know that this version of Barbara Gordon is every bit as strong and capable as her main DC Universe counterpart.
The way that Murphy is weaving an all-new tale – with vampire clowns and Bruce Wayne’s ancestors – he’s also playing with classic DC legends. This is so refreshing, and incredibly entertaining. I loved the original “Knightfall”, so seeing this vibrant re-imagining of that vintage Bat-Saga has really made me happy. Up to this point the only character missing was Bane, but that’s addressed in this chapter. This version is half masked wrestler, half assassin, and totally surprising. He also grossly underestimates Azrael, just like the original Bane, and learns what happens when one doesn’t keep his head in the game. 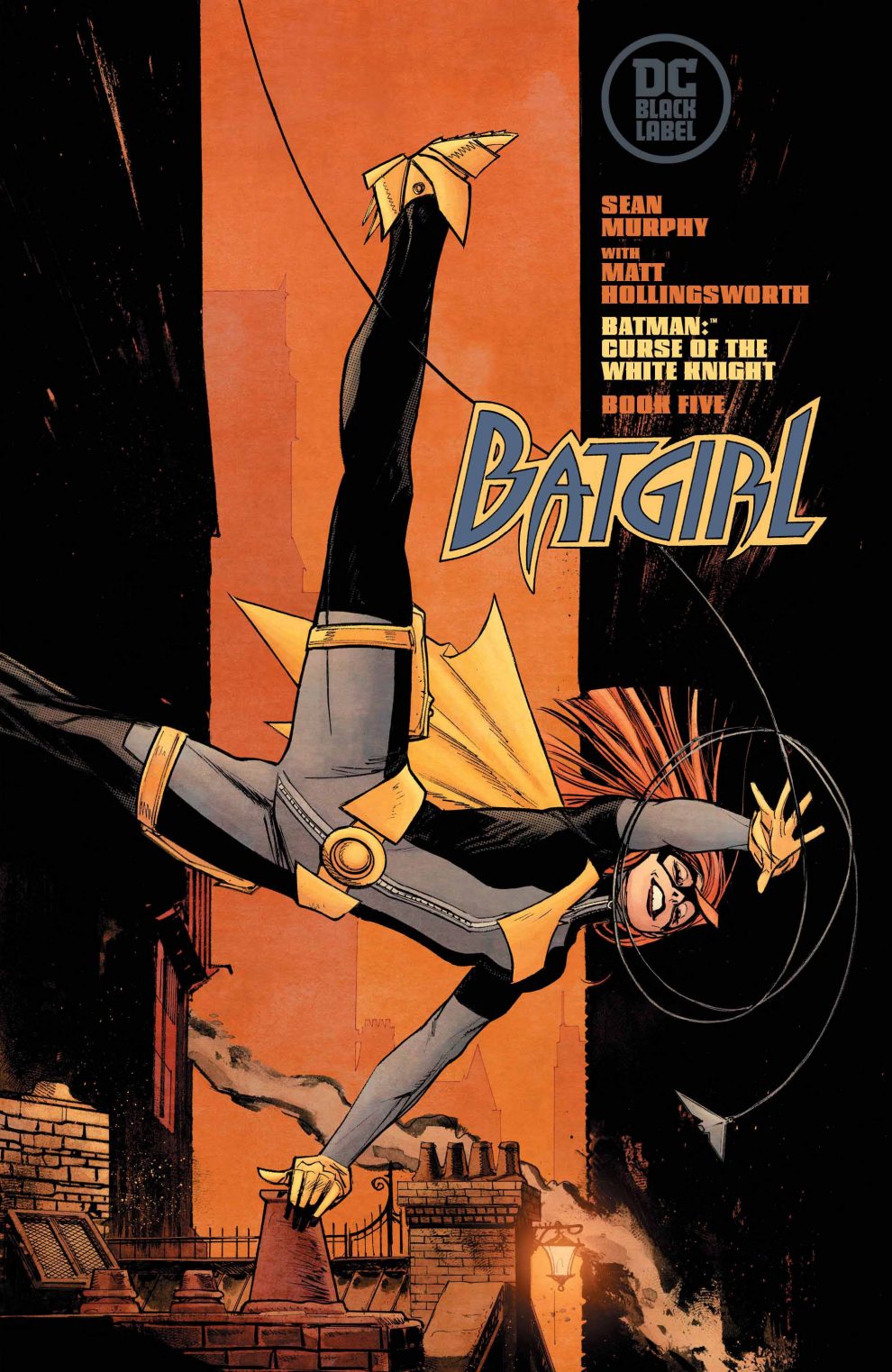 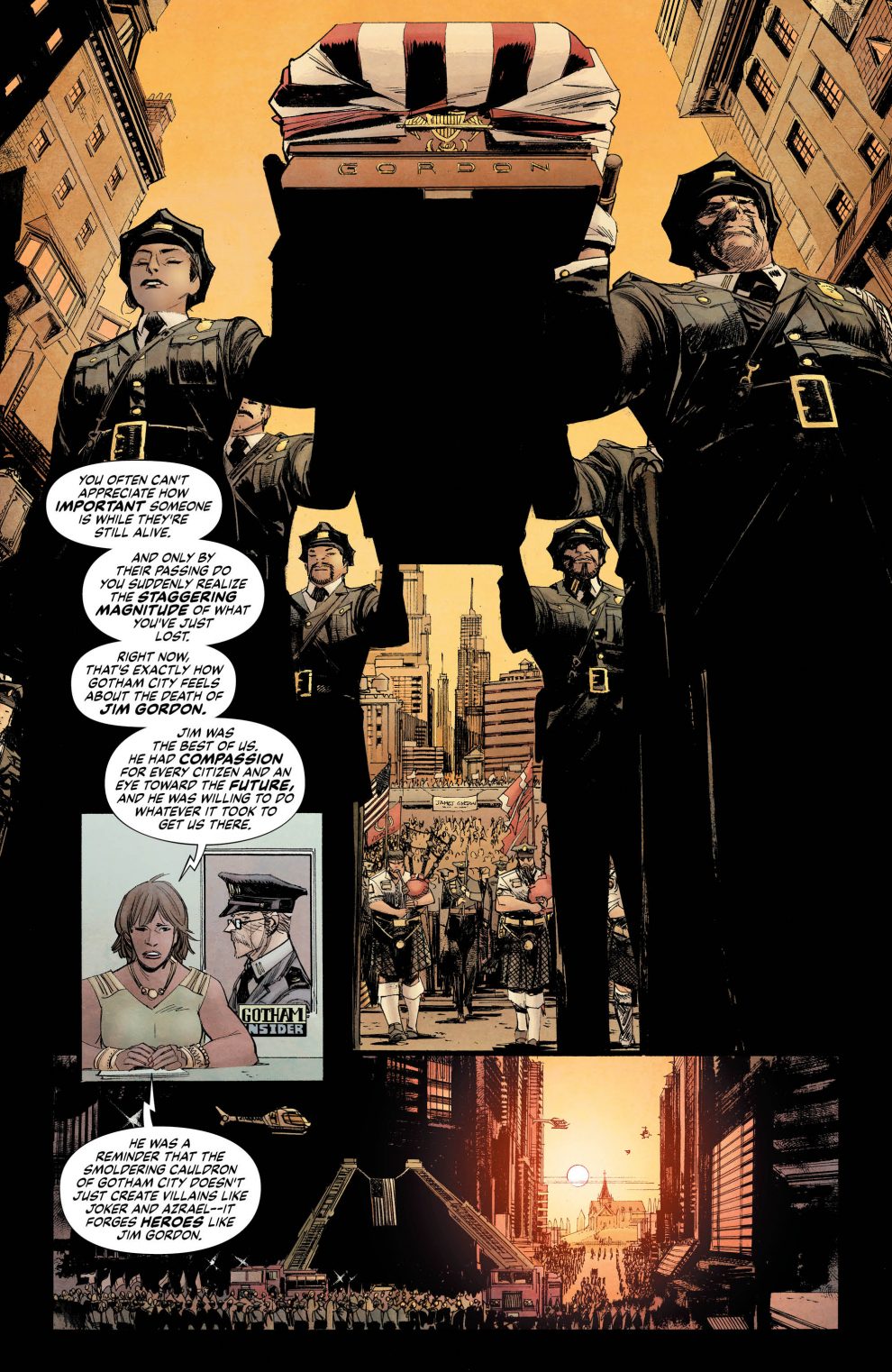 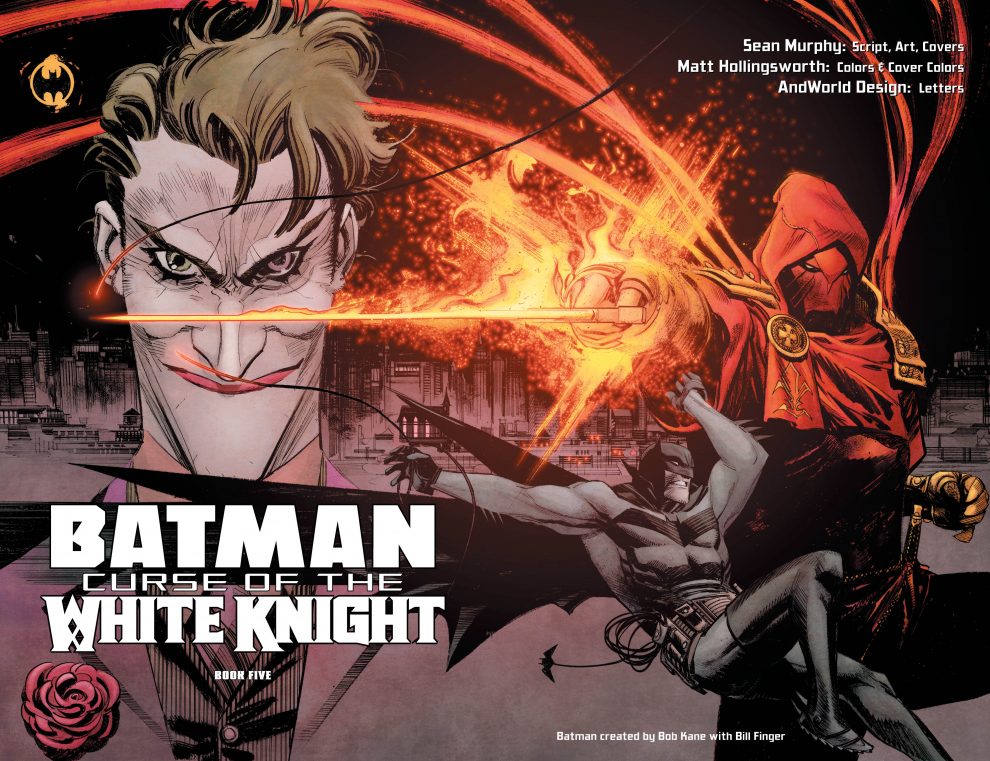 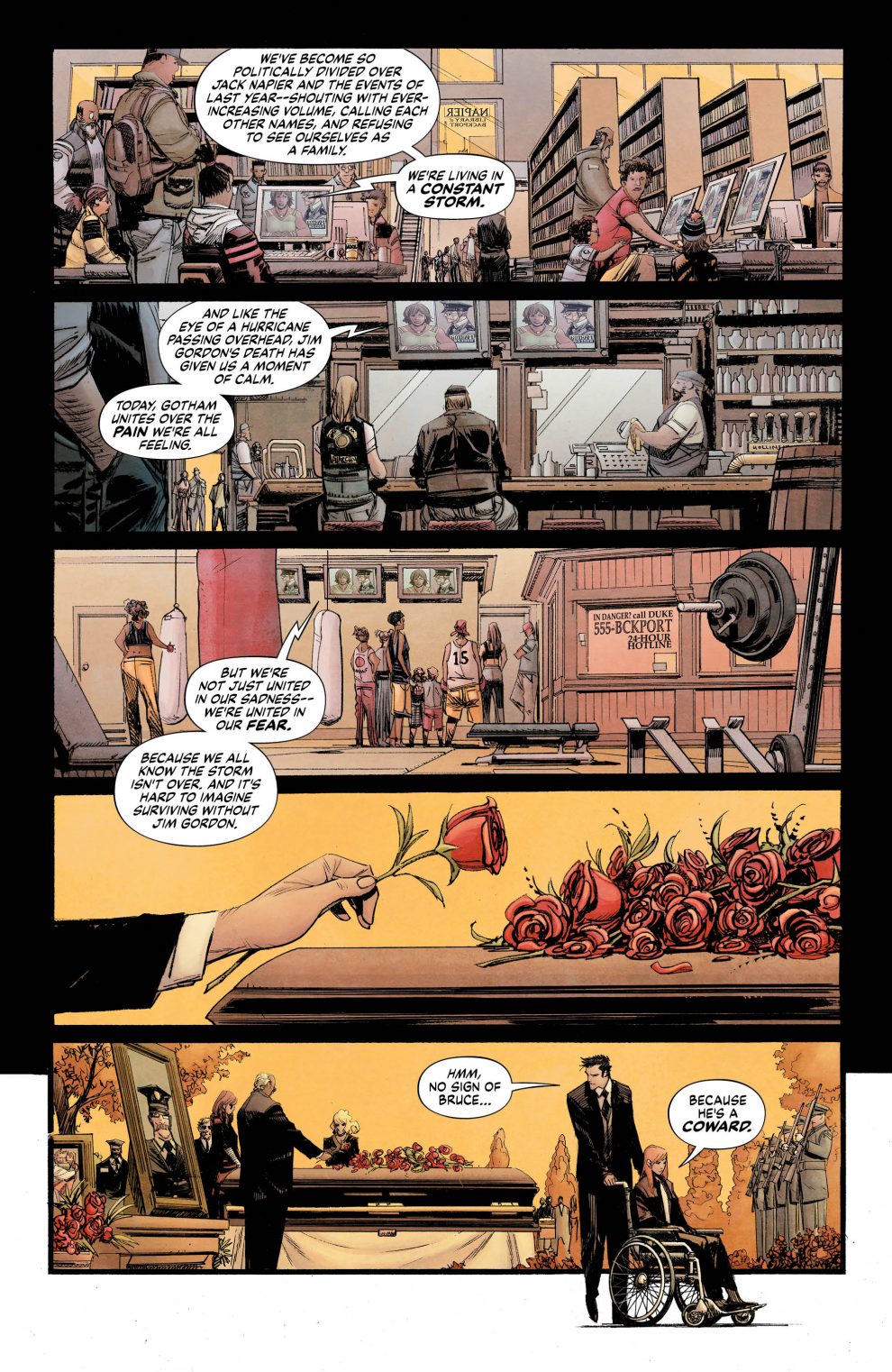 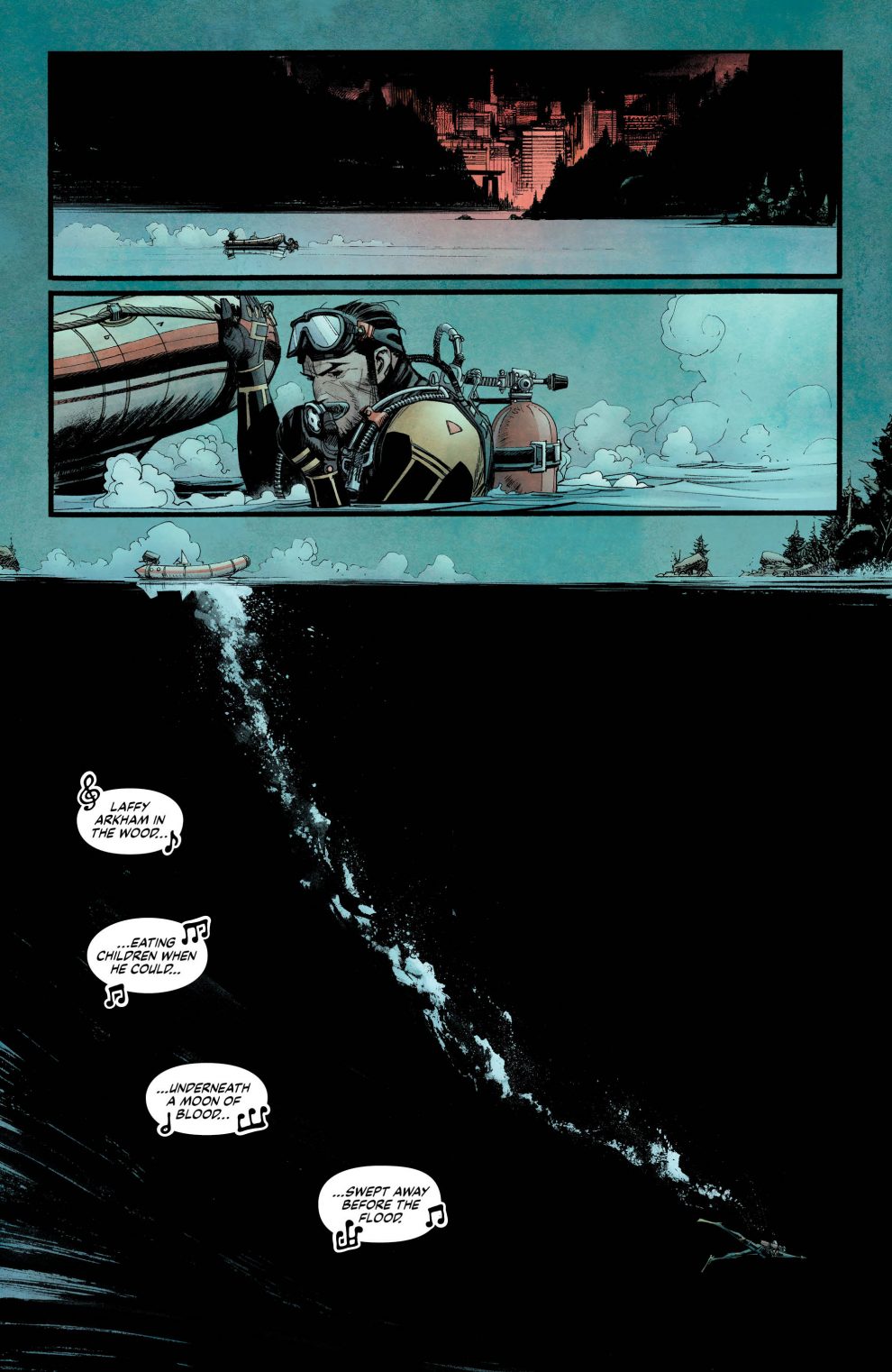 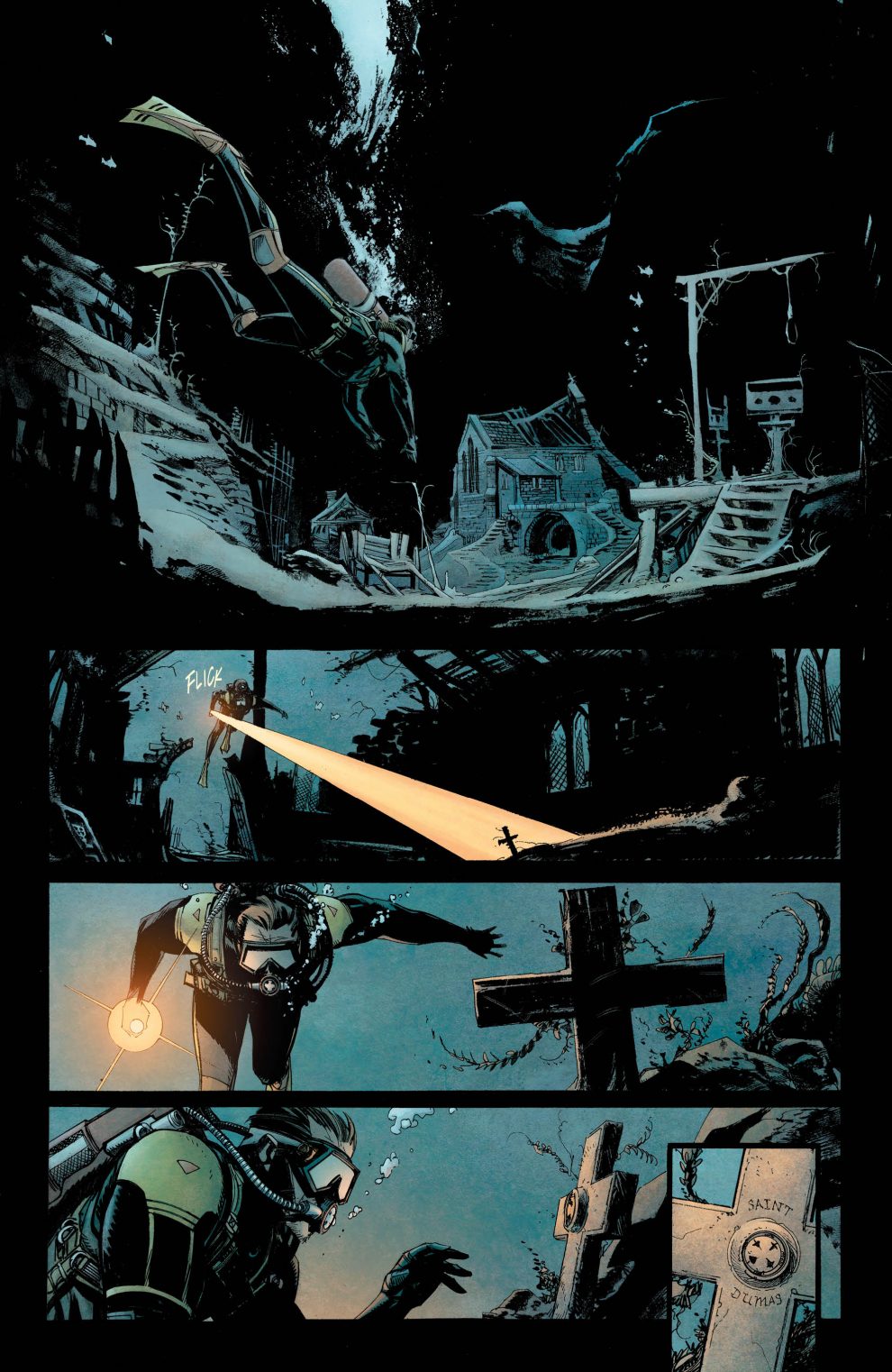 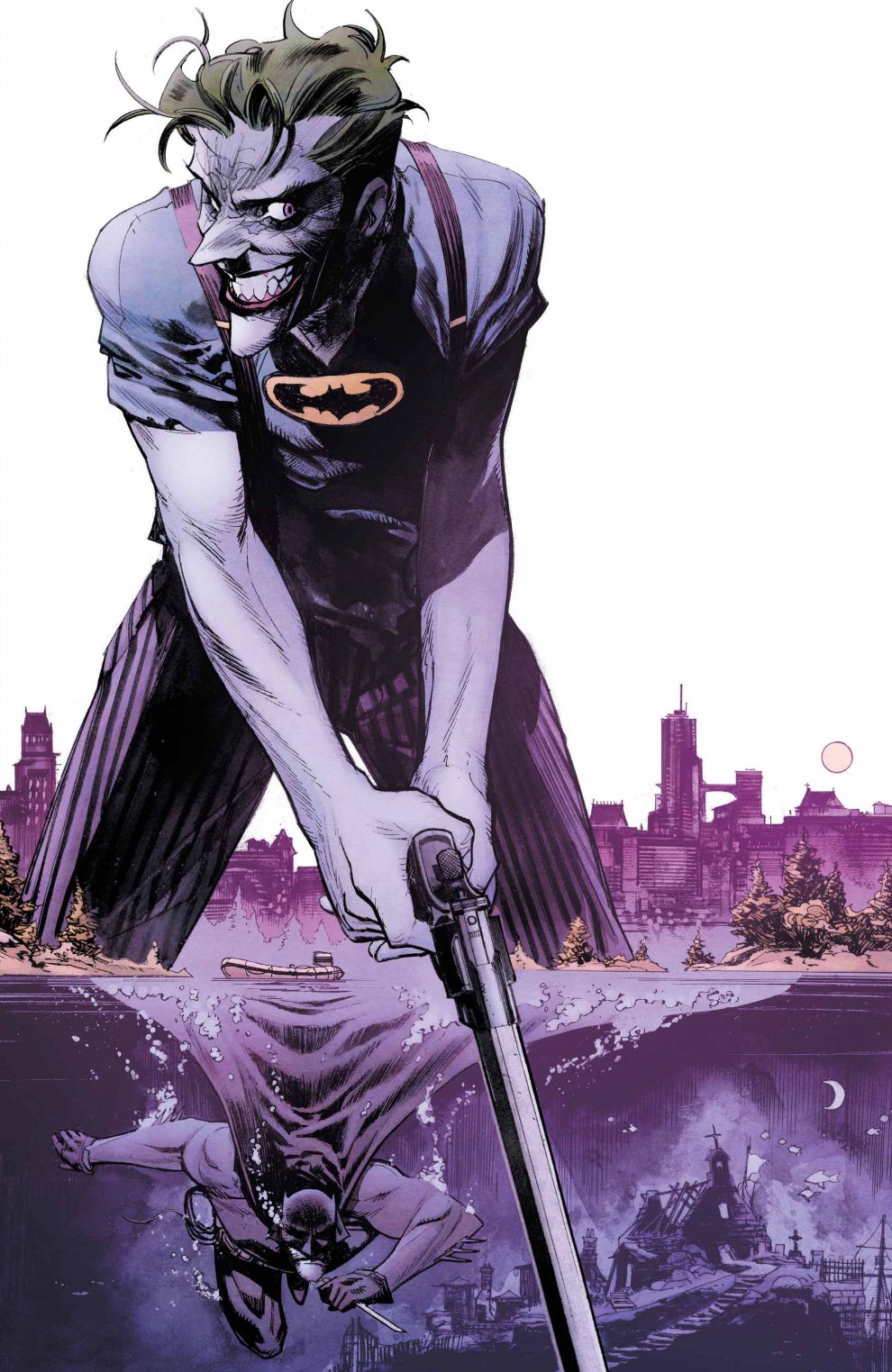 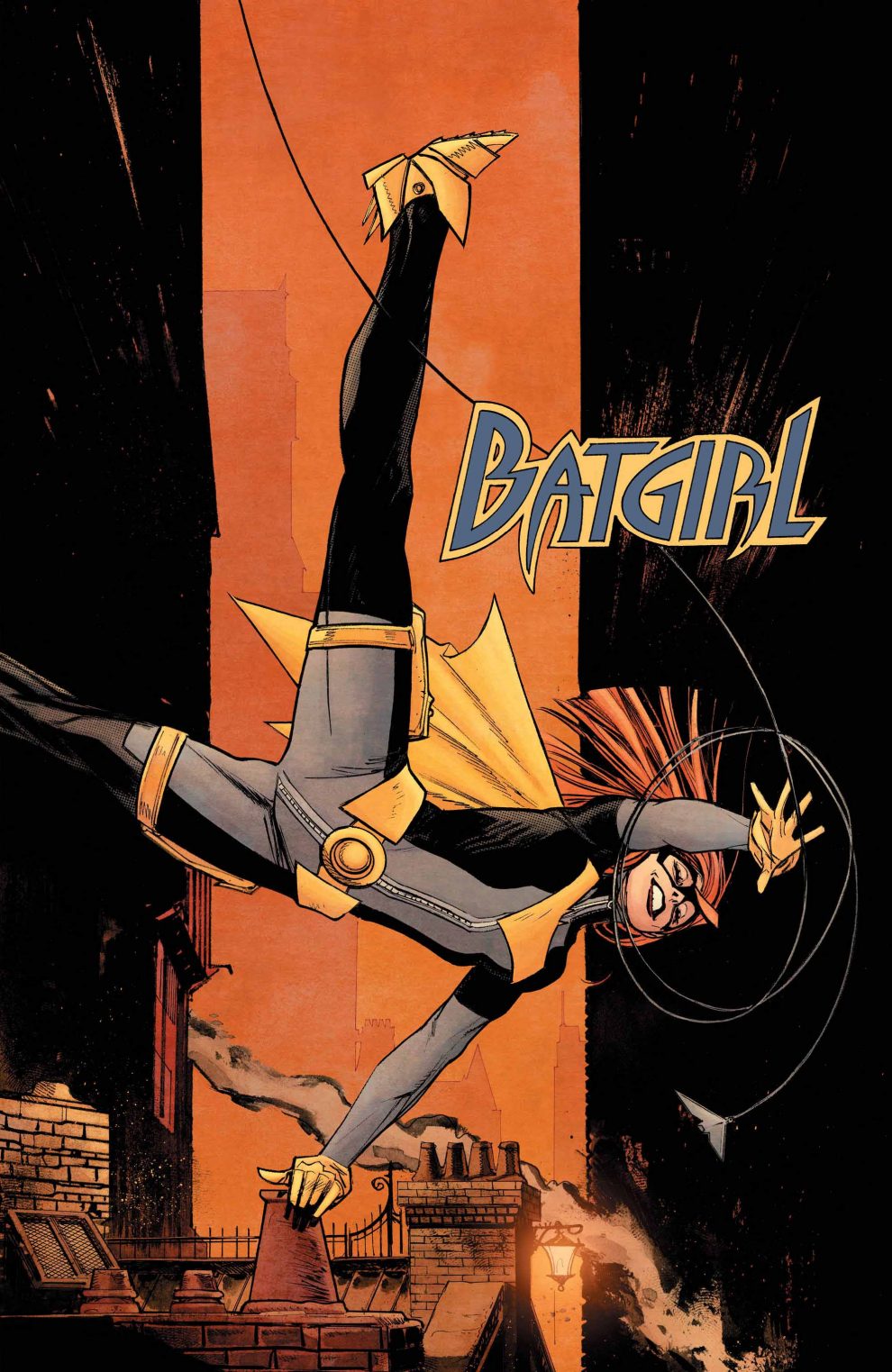 The line-art, designs and color art in this series rock. The new look Azrael, Bane, and AzBatman are all absolutely awesome. Then we get –  FINALLY – a real explanation behind the vintage Harley Quinn costume too. Sean Gordon Murphy, I salute you.
Matt Hollingsworth’s colors and the lettering by AndWorld design put a definitive stamp on the  texture and feel of this exceptional series. Take a look at the covers and internal art provided, and I’m sure you’ll agree.
I’m really enjoying the new secrets that are slowly revealed in saga, and in Curse Of The White Knight #5, including a previously untold history of Gotham City. The big twist, though, is the sudden and mind-bending return of Jack Napier, and the secret only he and Joker know… one that would destroy Batman if he discovered the truth.

I frickin’ LOVE this series. with just a few lines Sean Murphy has described the Joker/Harley relationship, highlighting Harley’s strength in a way no other writer has… in my humble opinion:

Harley: I Failed. Joker was right–I’m weak, and I’ll always be the victim.
Batman: He’s wrong.
You fell in love with the devil, and not only did you survive, you came out stronger–you beat him.
And you can do it again.