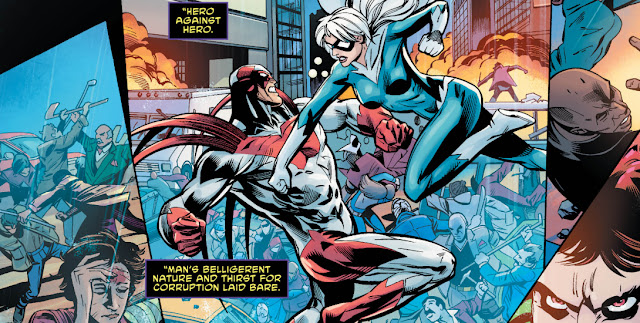 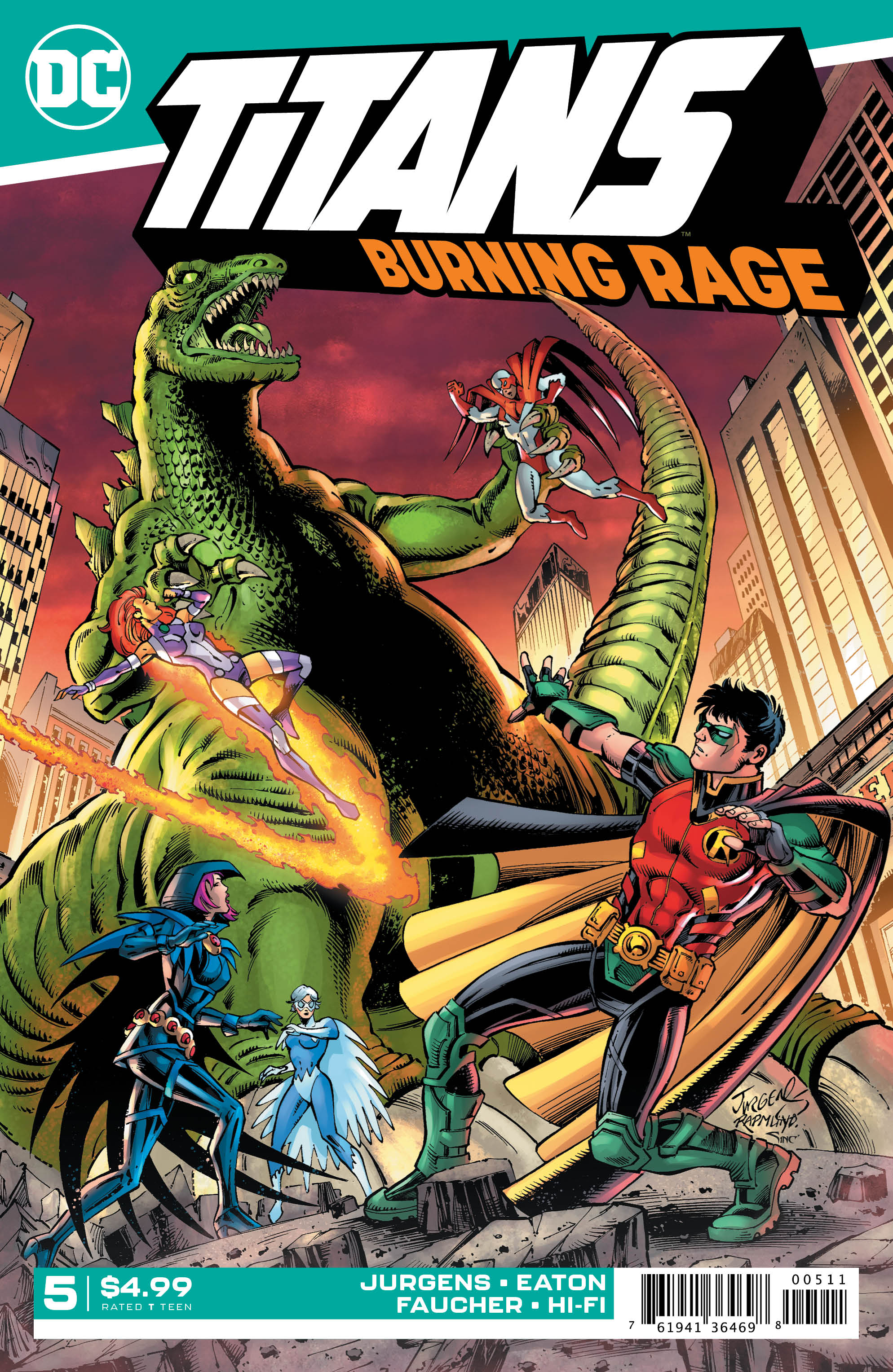 Titans – Burning Rage #5 reveals who’s been behind the riots that are plaguing the country, and causing chaos within the ranks of the Titans. The Mento helmet has stimulated the violent impulses that exist within all of us, causing even the closest of friends, including Hawk & Dove, to turn against each other.
In a time where we get kids comics, grown up comics, horror. sci-fi and everything in-between, it’s great to pick up a title that’s nothing more, or less, than a vintage-style superhero action fest. Don’t get me wrong, there’s plenty in here to keep an adult reader engaged, but this is the type of book that you can hand over to any fan, from the ages of 9-90.
That Dan Jurgens knows a thing or two about writing comics. 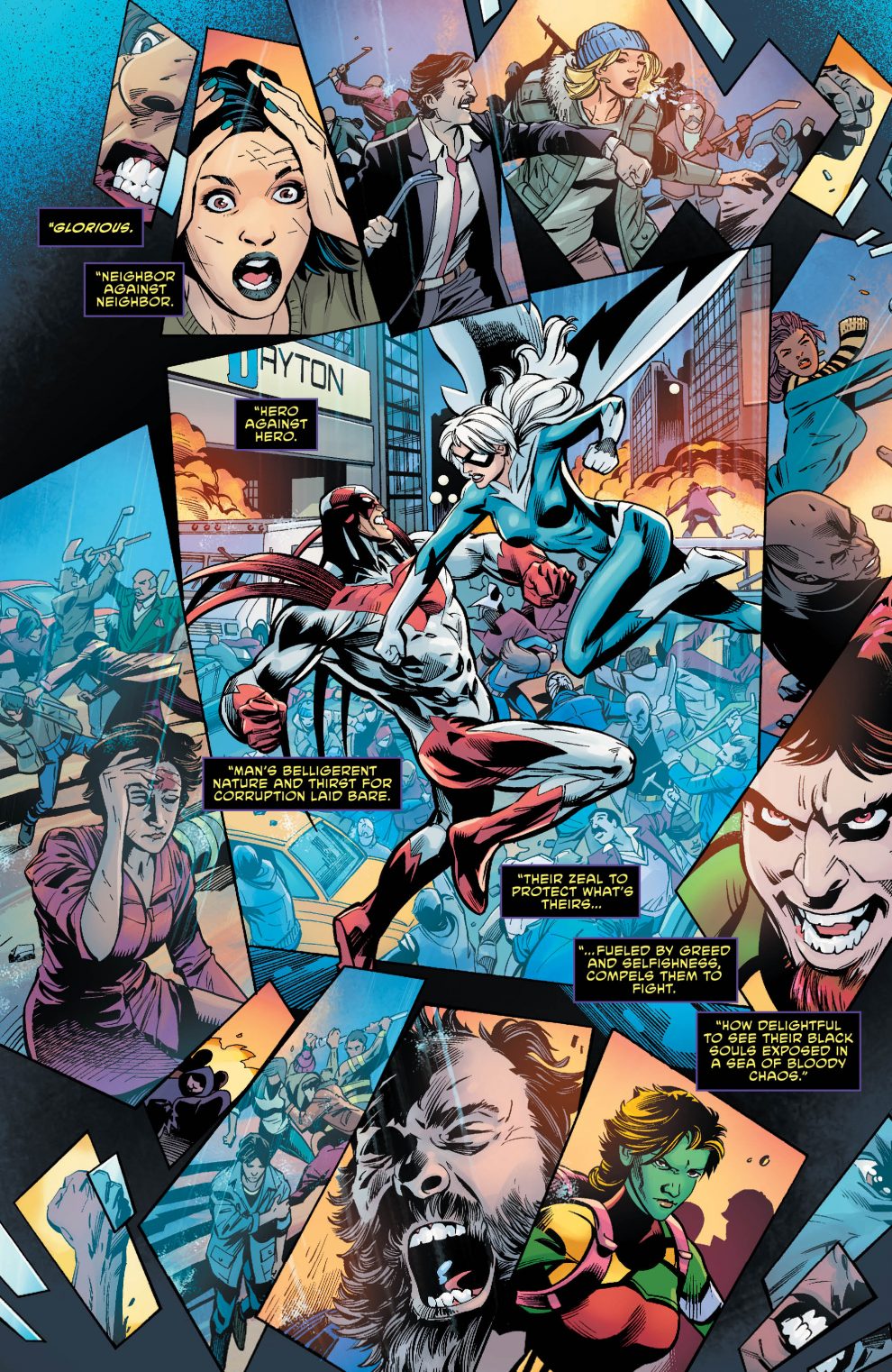 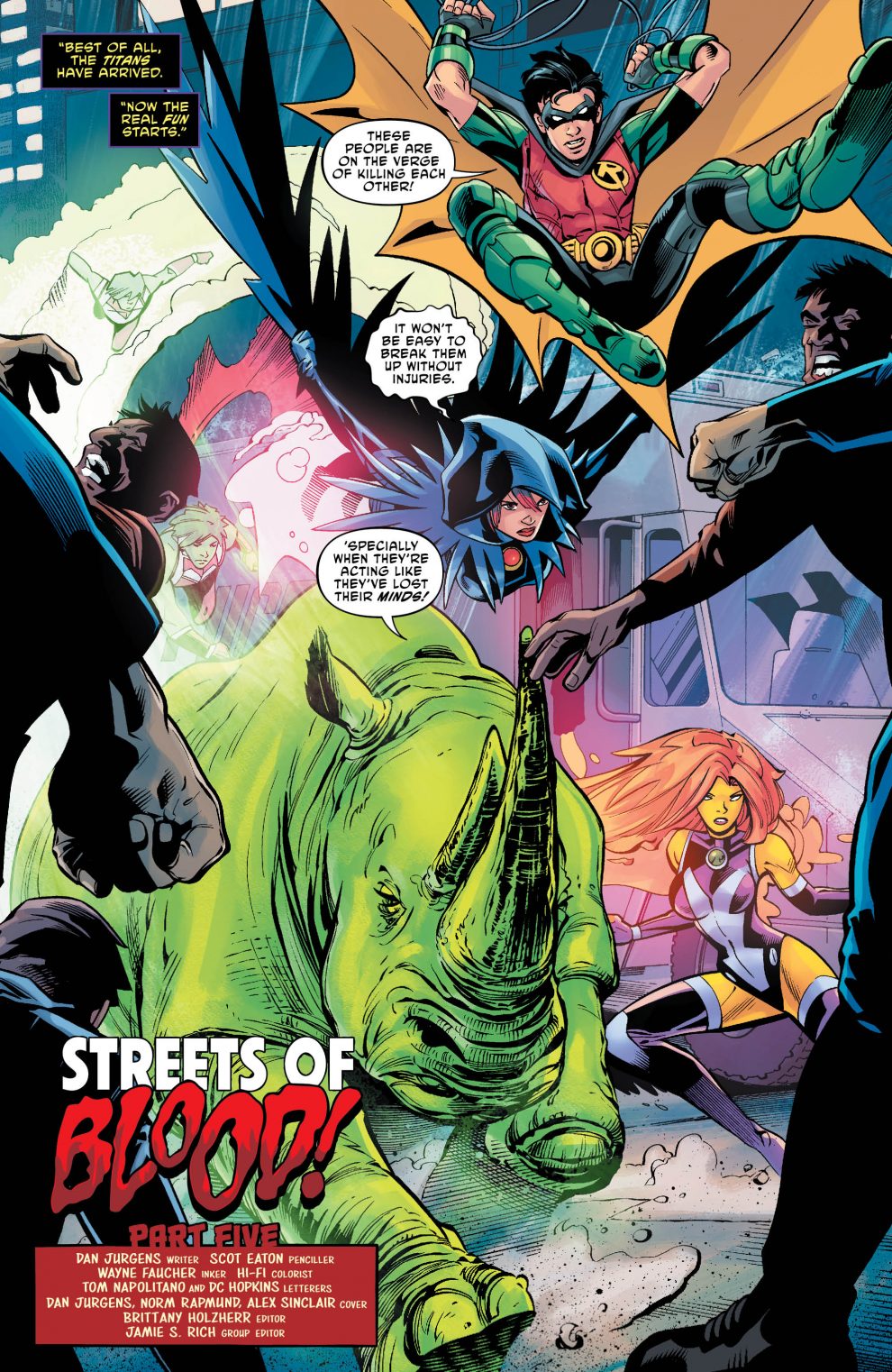 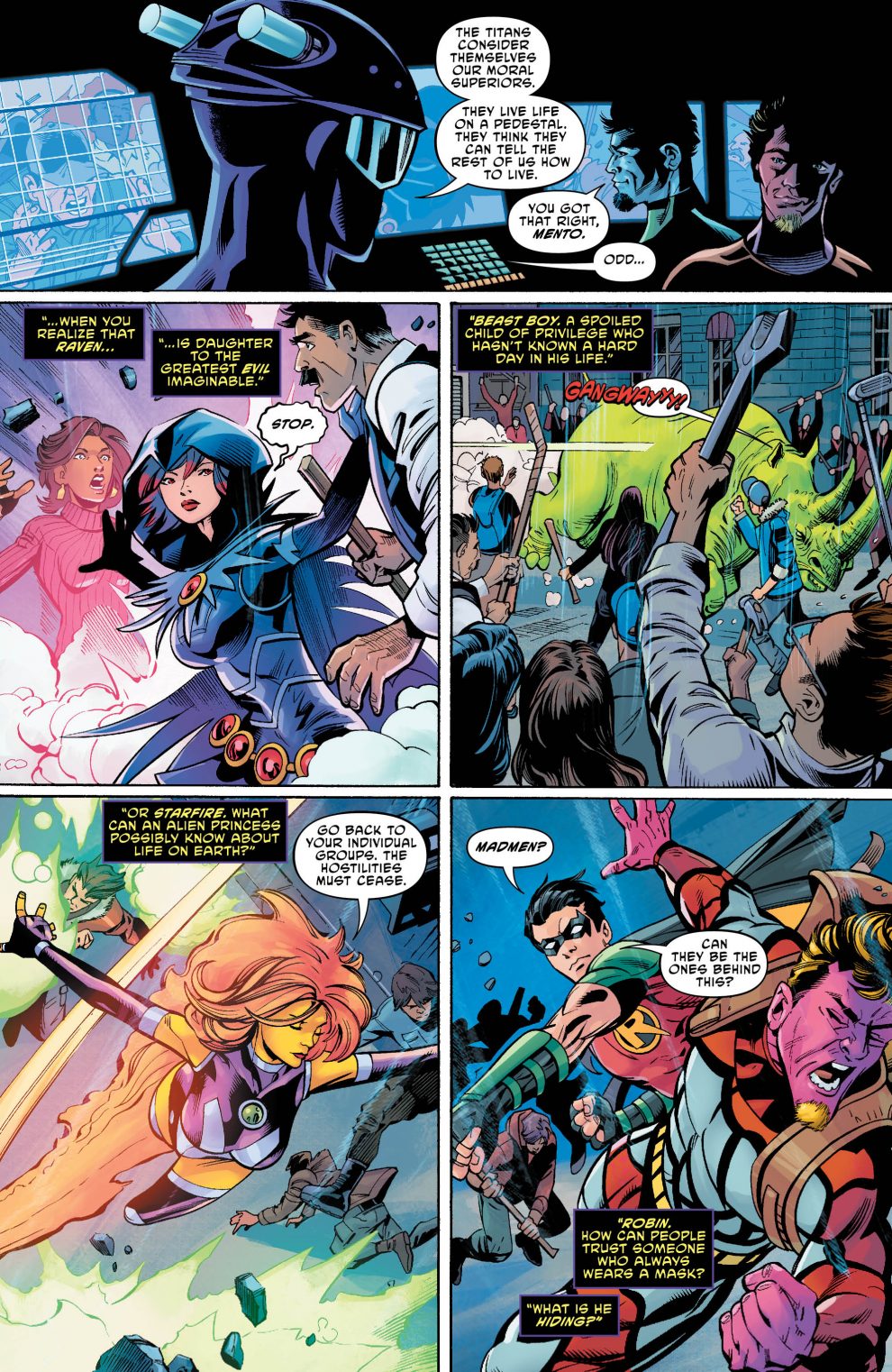 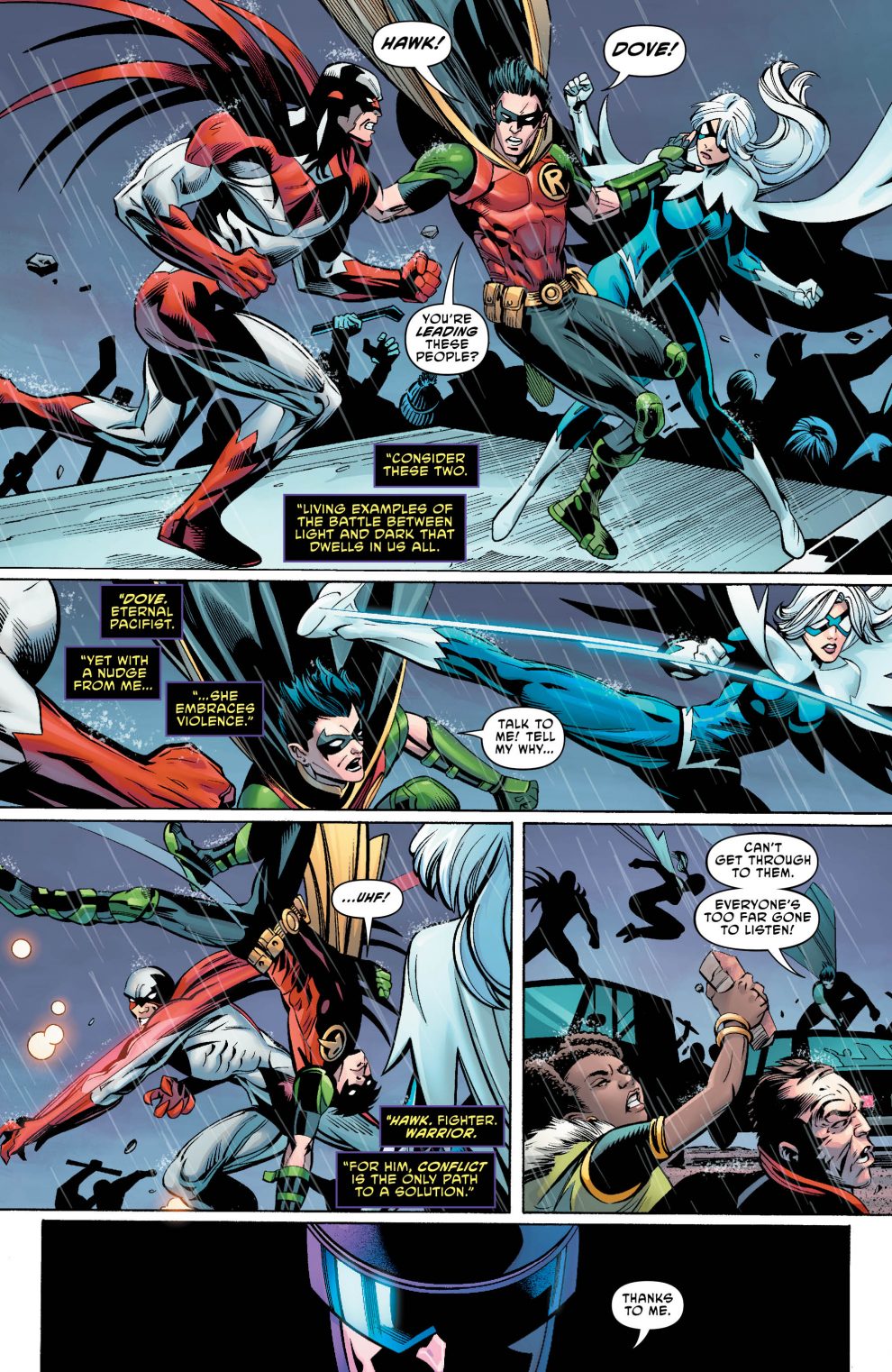 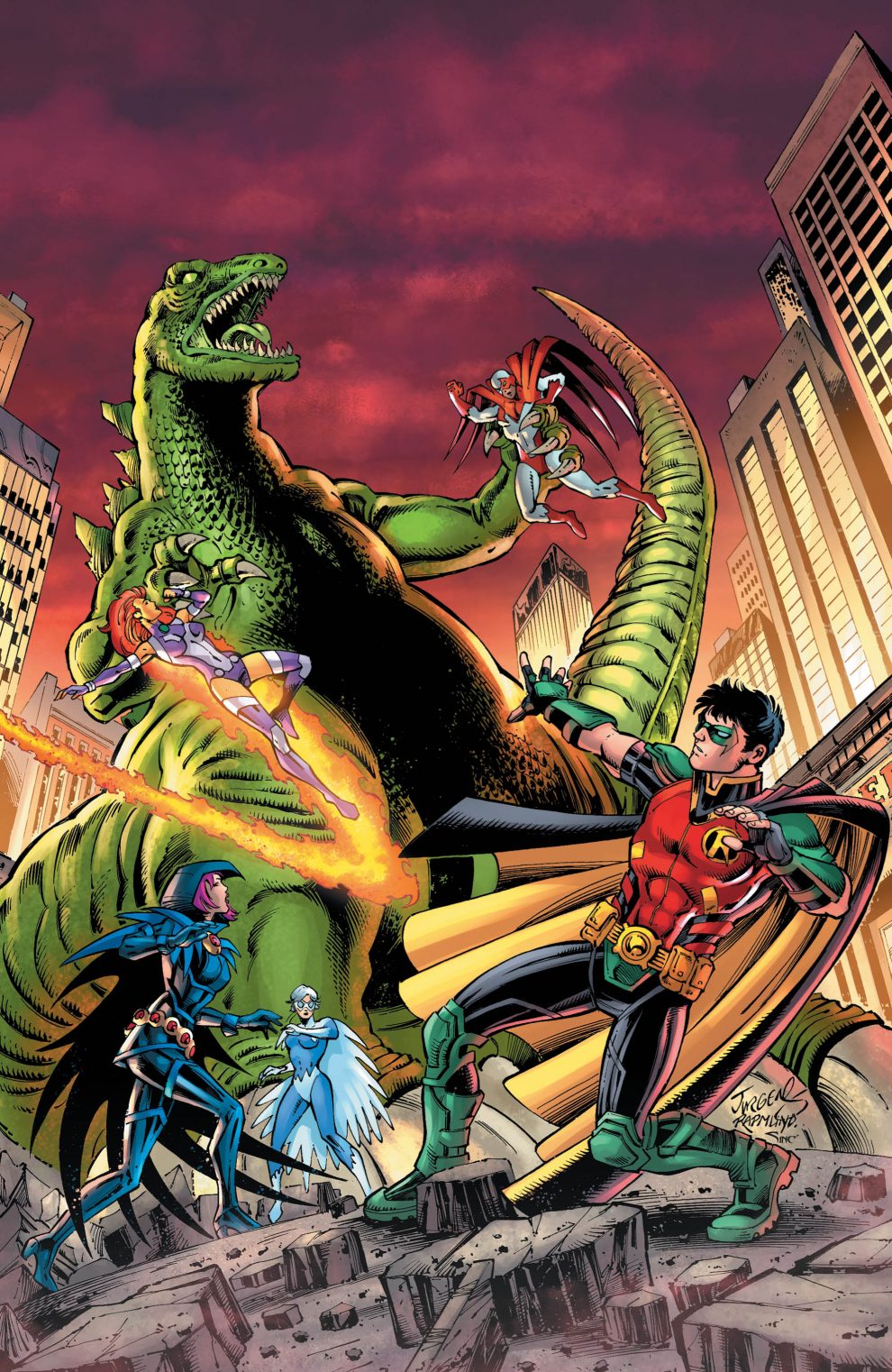 Titans Together. Or... Not So Much

It’s bad enough that Hank Hall and Dawn Granger are fighting, but when Mento causes one of the team’s most powerful members to go cray-cray, things really heat up… quite literally! The personalities of all these young heroes really shine through in this title, so seeing a family fighting itself, while it’s an often used comics trope, is still extremely effective. Even moreso when readers care so much about the characters involved.
Scot Eaton and Wayne Faucher do a terrific job of conveying Garfield’s heartbreak when Mento reveals his true identity. In fact this art team hasn’t set a foot wrong since they took over the art duties on this title. Together with the brilliant Hi-Fi on colors, they’re delivering consistently excellent, family friendly action and drama on a regular basis.
Kudos also to veteran letterer Tom Napolitano and AndWorld’s D.C. Hopkins (his name’s D.C.!) My ultra nerd vision tells me that Tom lettered the first half of the book, while Mr H. handled the rest. Either way, both talents did a great job. It’s great to see D.C.working for DC, as he’s a talented all-round designer and letterer… he can write too.

Titans – Burning Rage #5 was a terrific penultimate issue. It kept the standard of its predecessors and left me anxious for next months grand finale. Has Mento decisively defeated our heroes, or will Beast Boy and his buddies save the day?
We all already know the answer, but seeing how they get there’s half the fun.