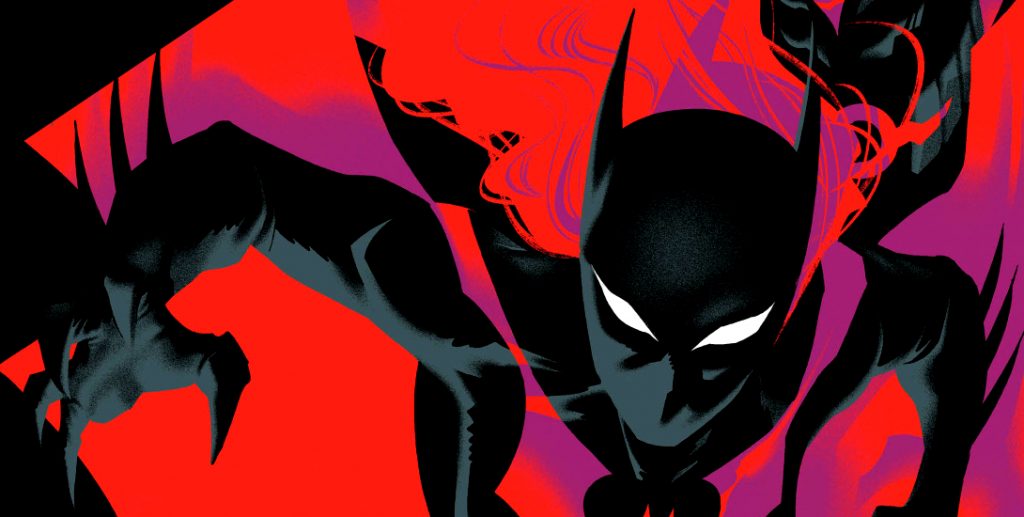 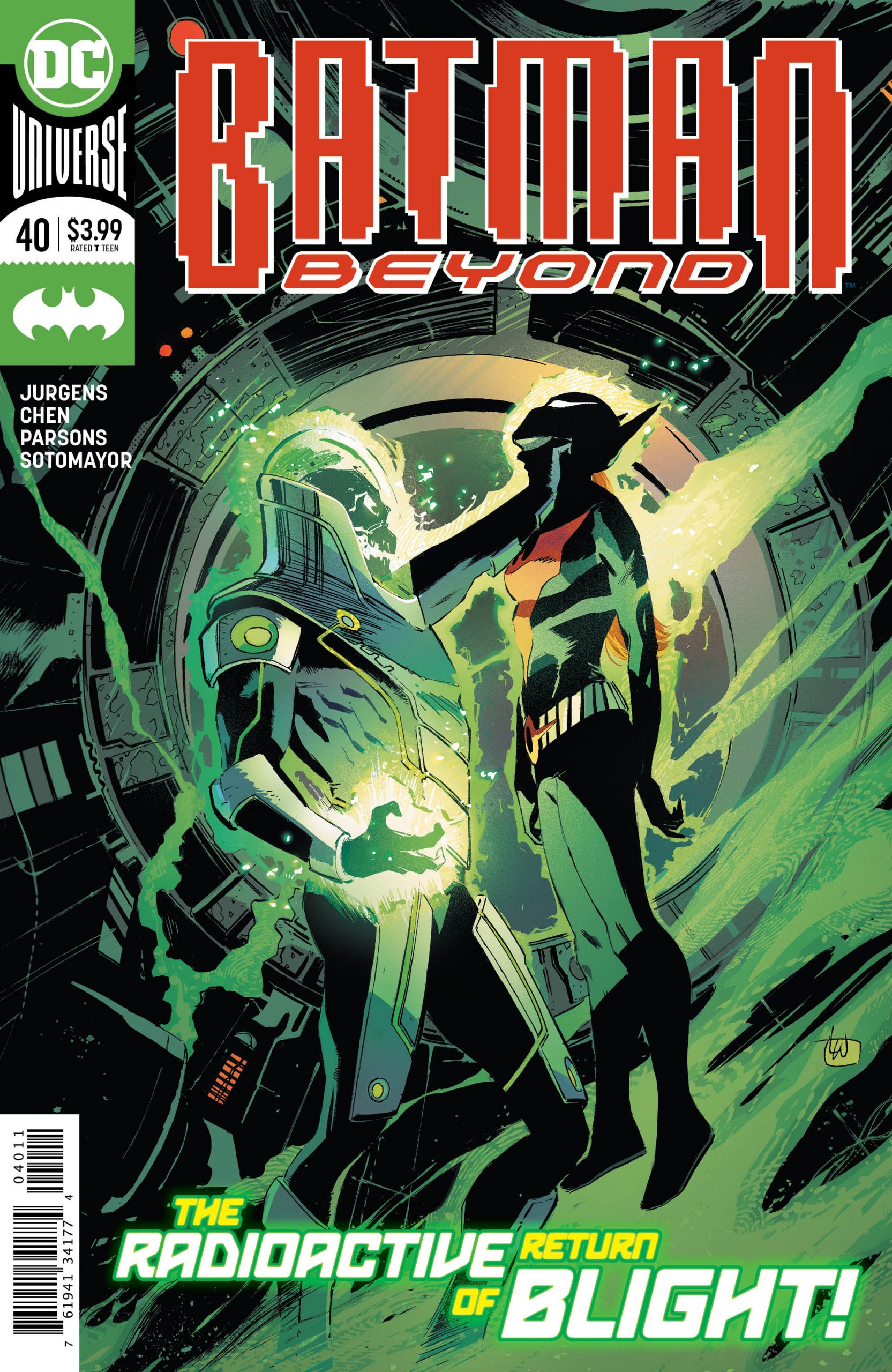 It’s a difficult thing, in any story, to manage a plot twist. It requires a reader to know something about the story without actually knowing about it. It needs to be a pleasant surprise. Batman Beyond #40 delivers an excellent reveal of the identity of the new Batwoman. Comics being what they are, sometimes details can be left behind, or forgotten, but the secret of who Batwoman is under the mask is a logical, welcome reveal. 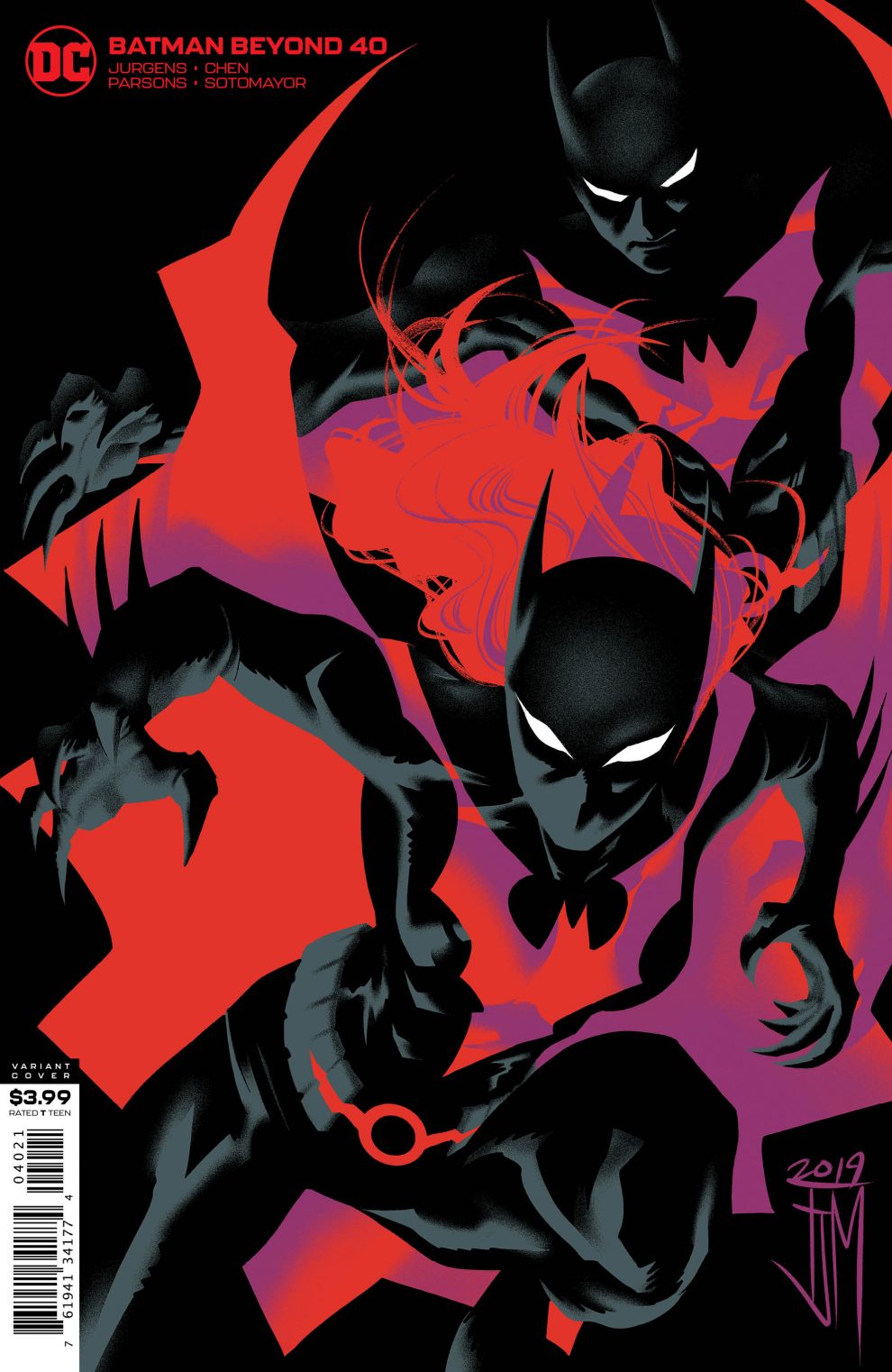 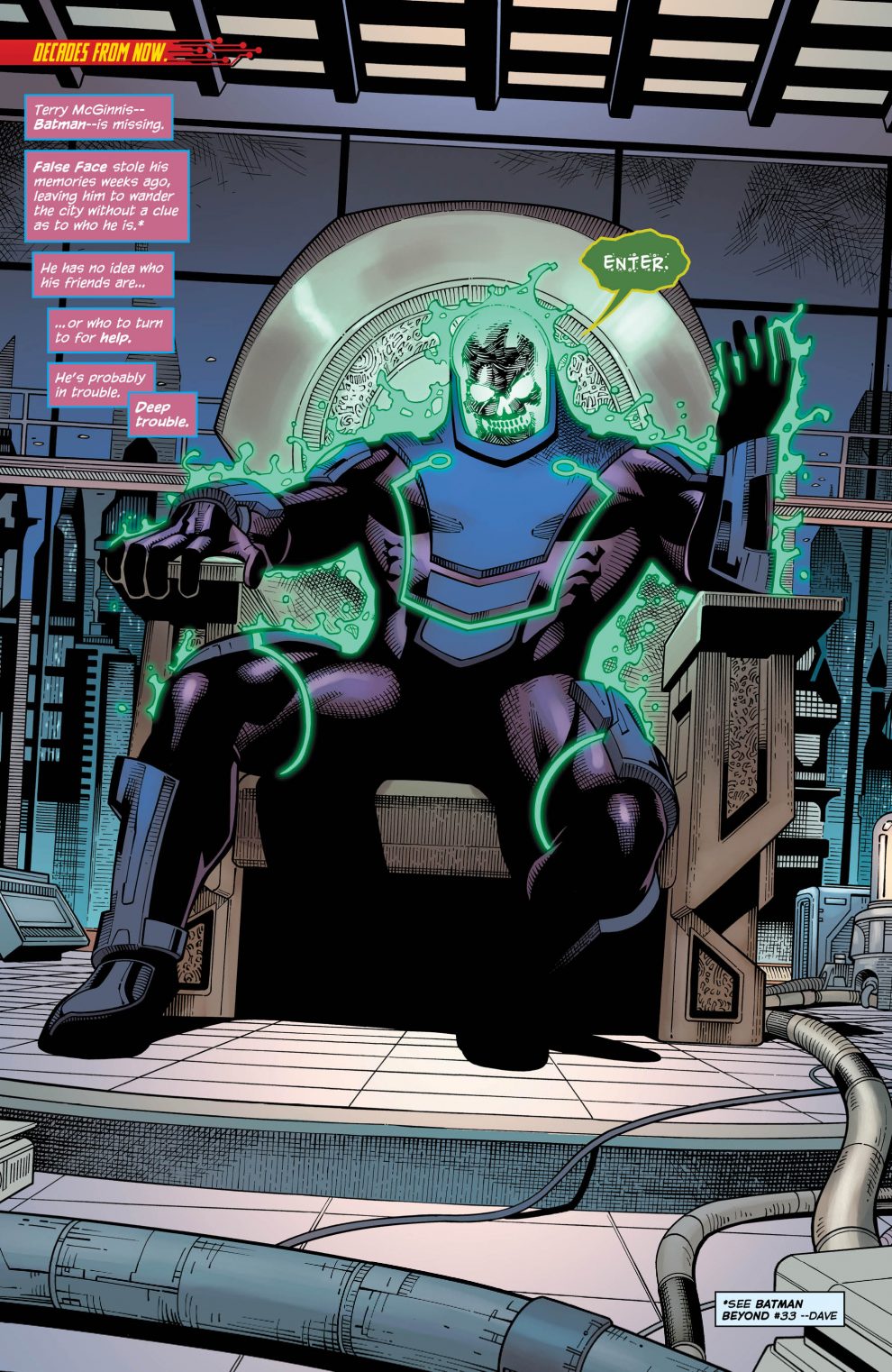 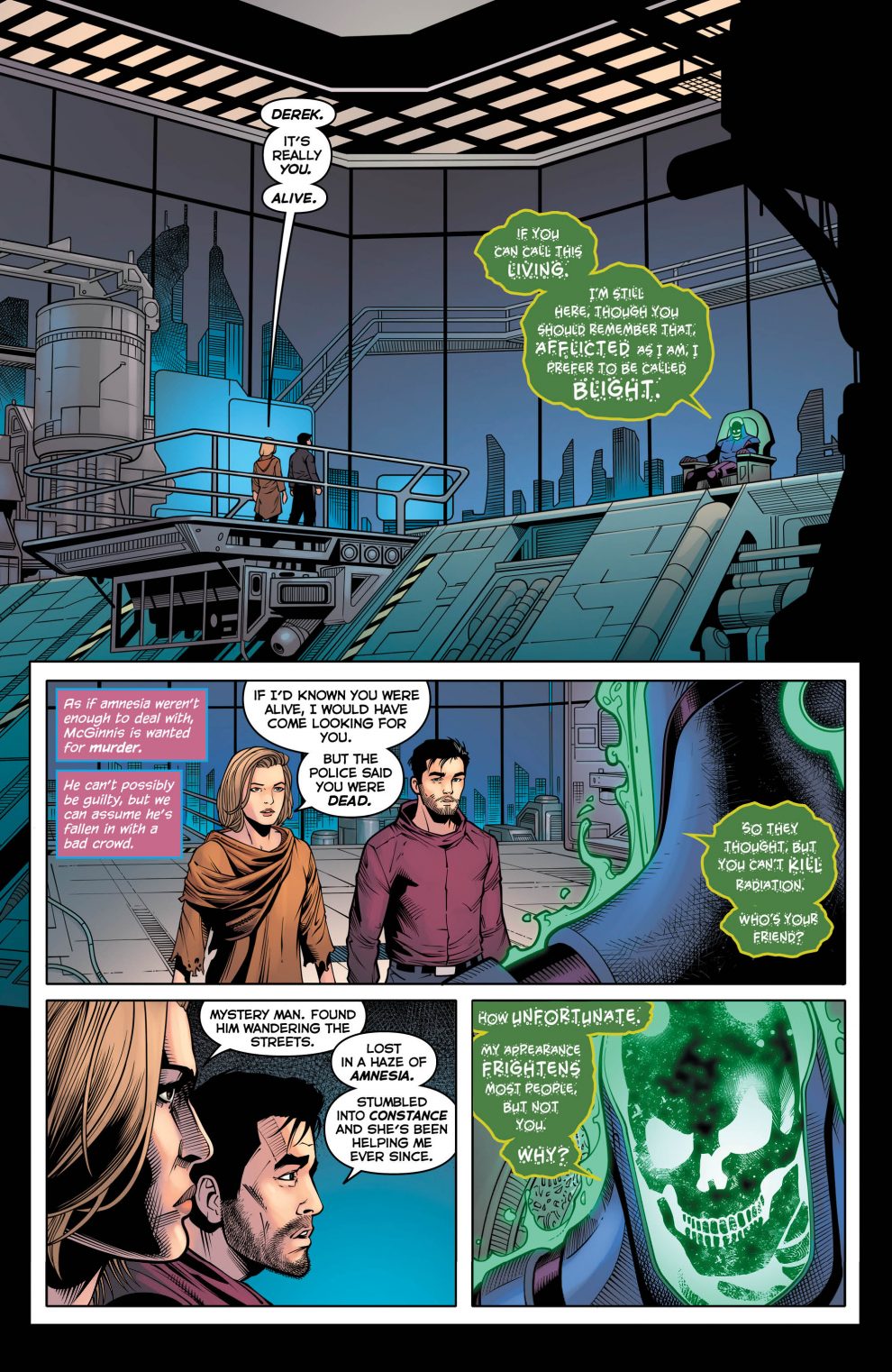 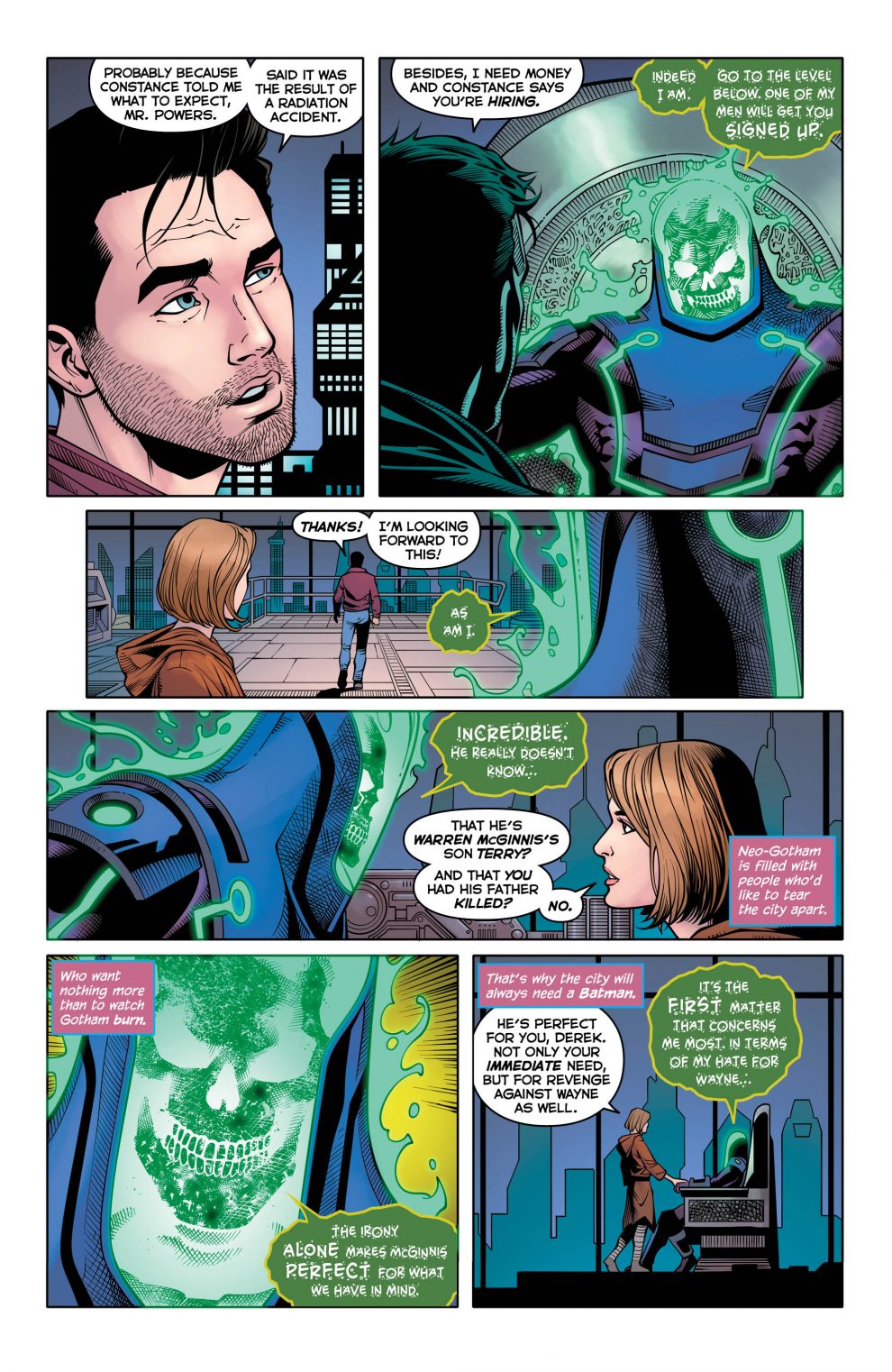 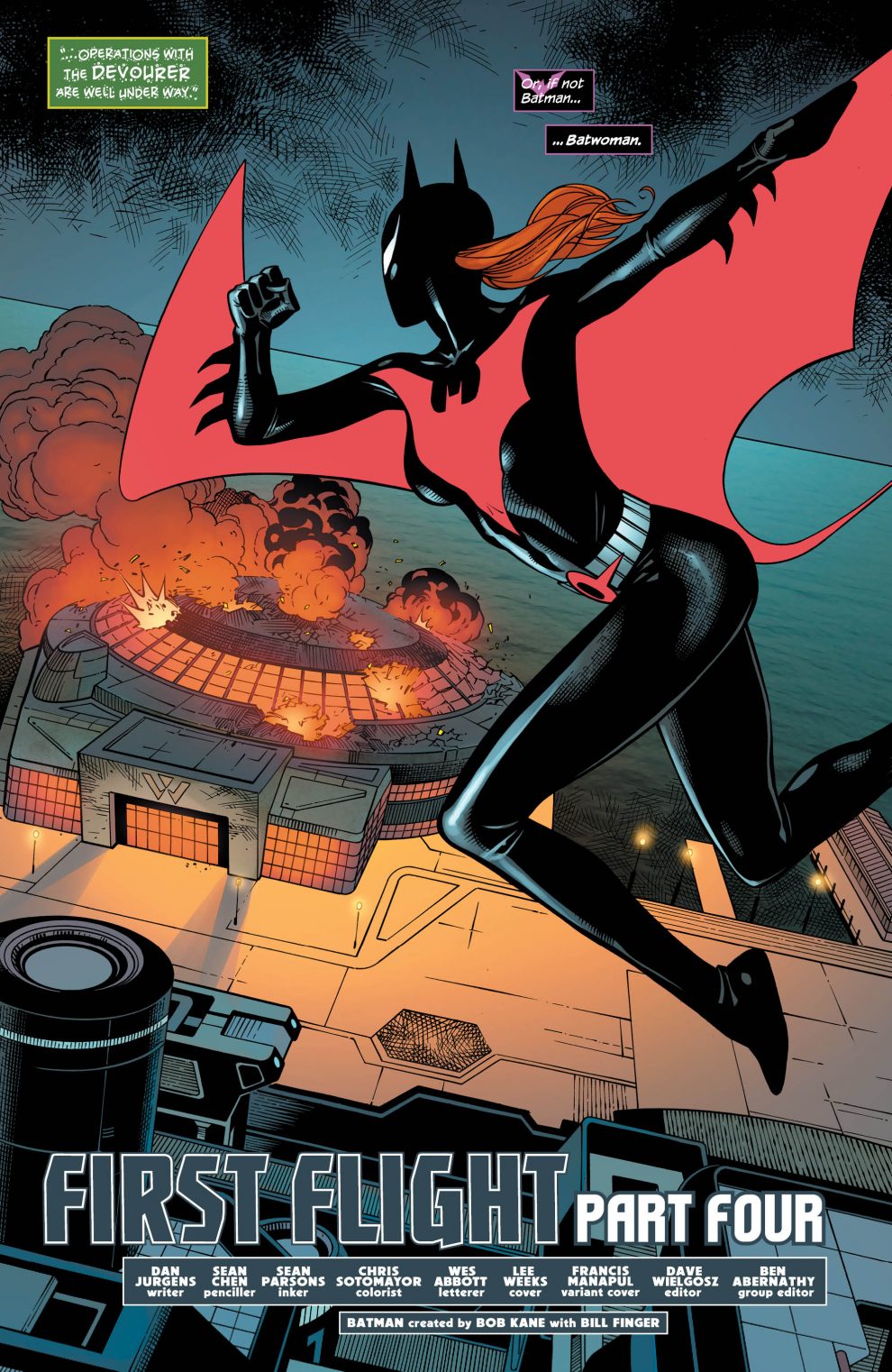 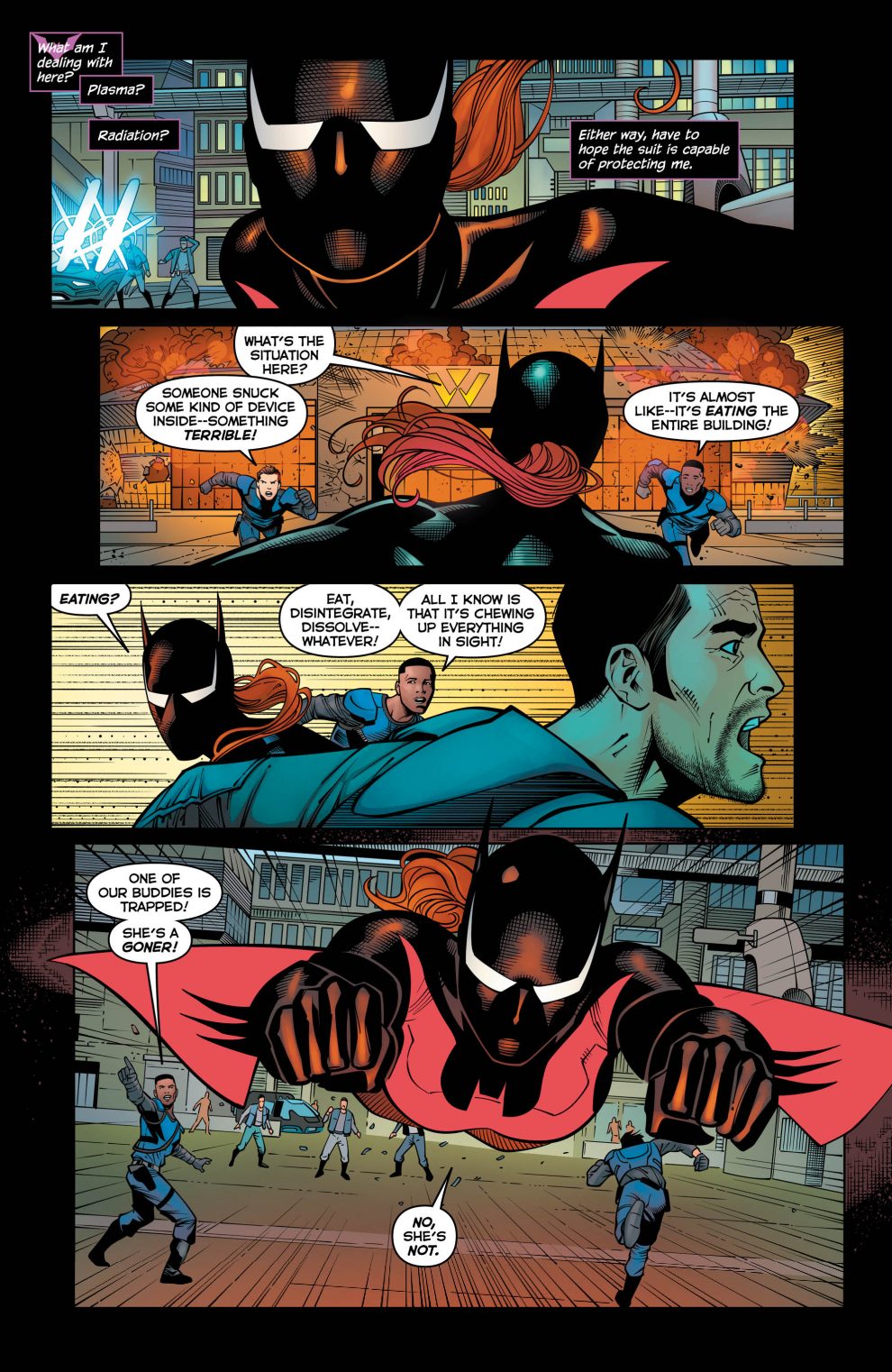 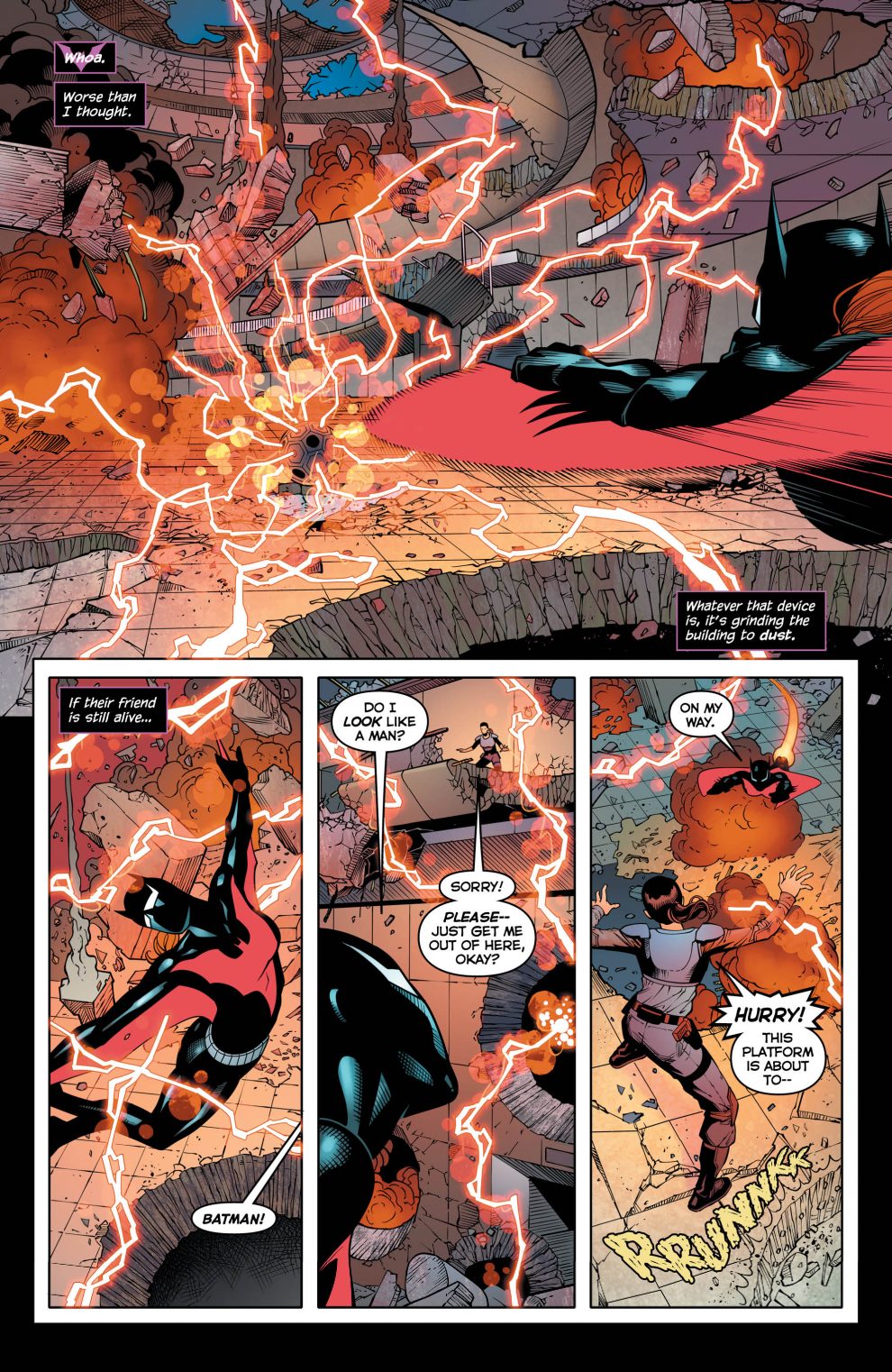 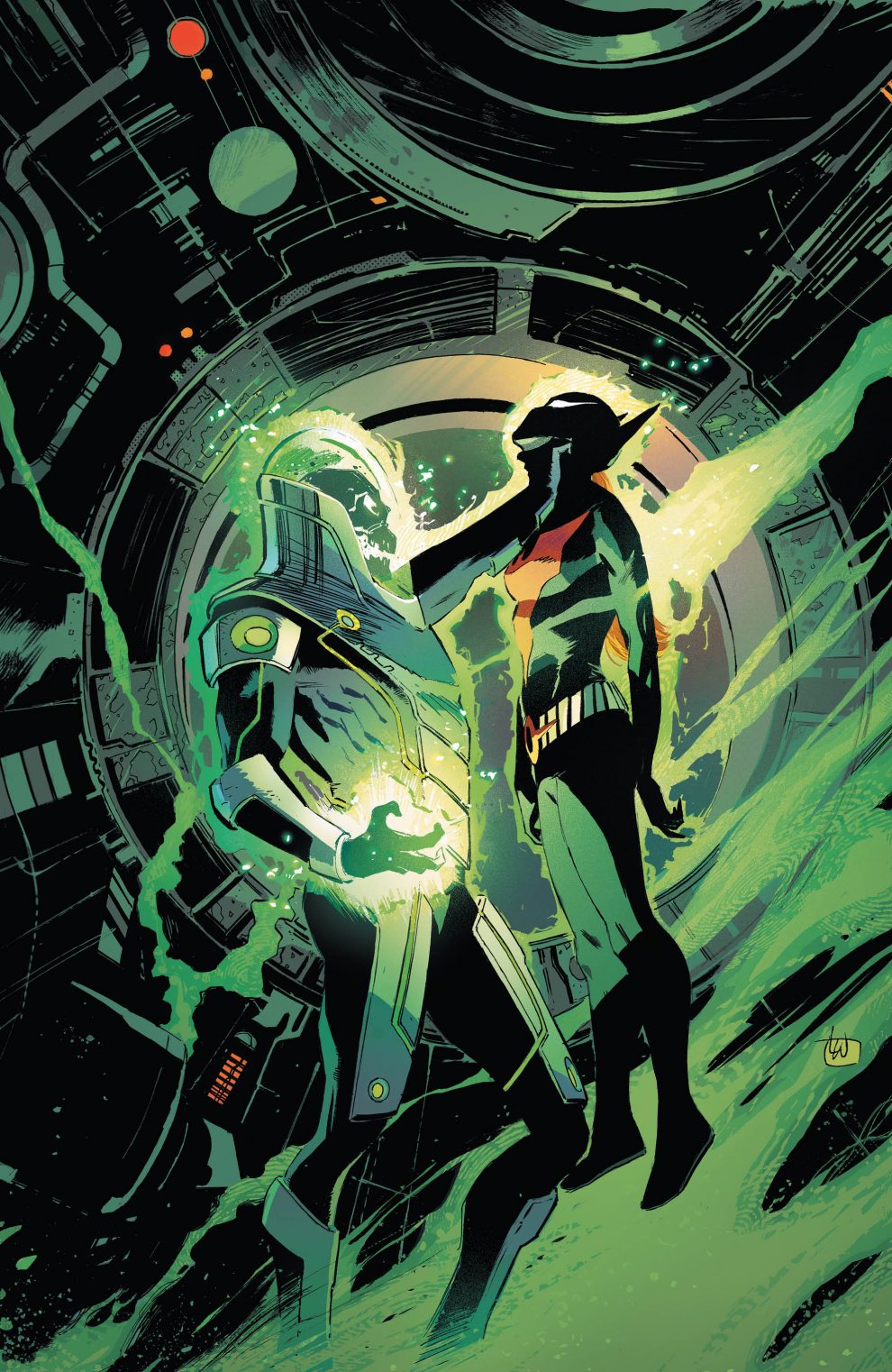 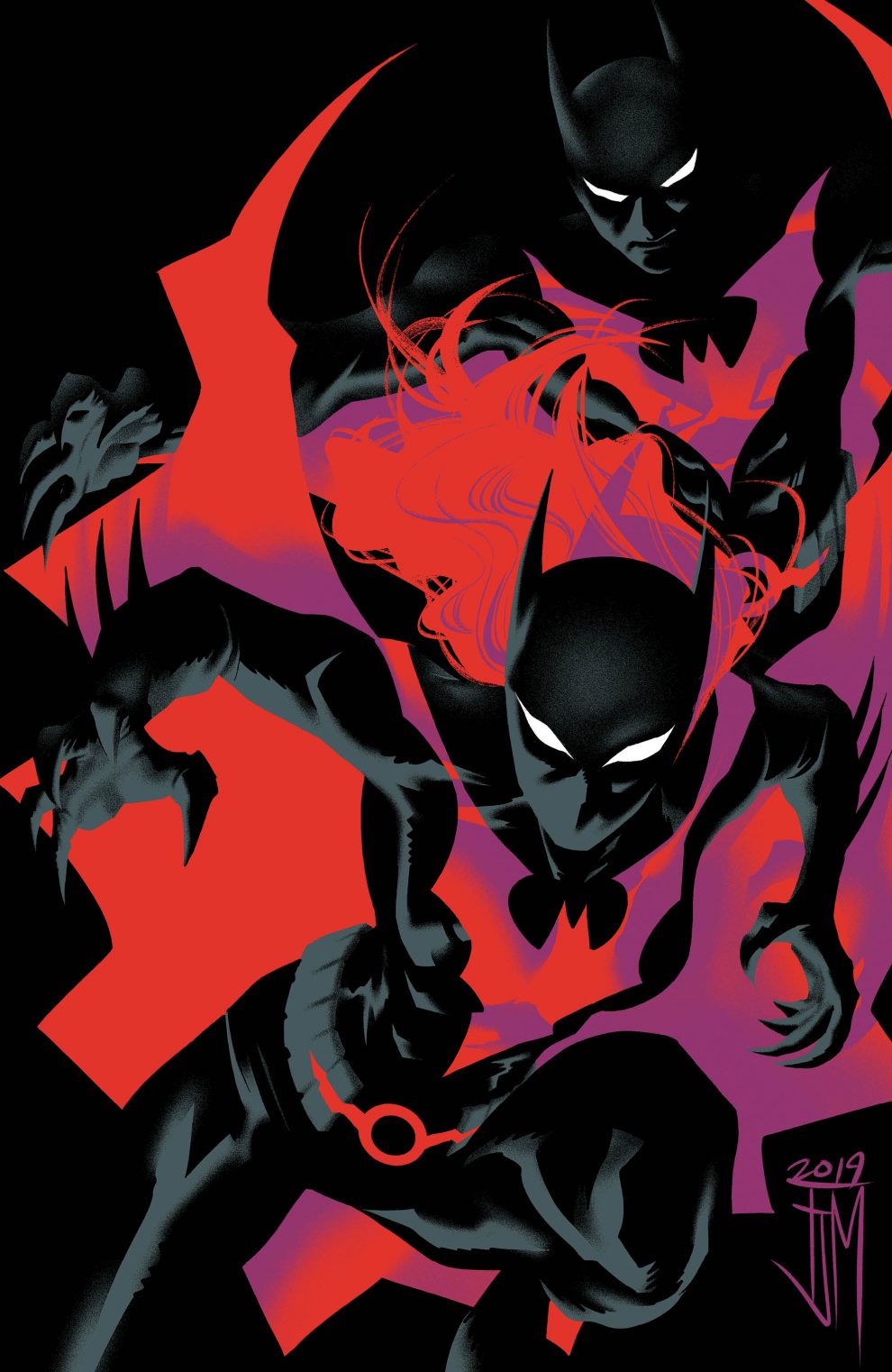 The previous instalment had its own share of revelations. Blight is doing everything he can to try to stay alive, and Batman Beyond’s first all original villain has a personal vendetta that he’s not even trying to hide. It’s a credit to Dan Jurgens that we constantly worry for Terry’s safety. For those new to the series, we get this in a dramatic way. It seems like amnesia really has actually made Mr. McGinnis more stupid, as opposed to just forgetful, as there’s no world where I could step into a room and trust a glowing green skeleton in power armor.
The big takeaway from this issue is the quality of the Batwoman reveal. The part where we catch up with her makes everything come clear. A very well handled callback lets you remember just who she is and why her emotions concerning other members of the Bat-Family make total sense.

Batman Beyond #40 is an issue that divulges secrets and highlights the fact that Terry’s in serious danger from Blight. The story’s bubbling up to fever pitch and I don’t see any way in which it could fall. Anything can happen and I’m excited to see it.