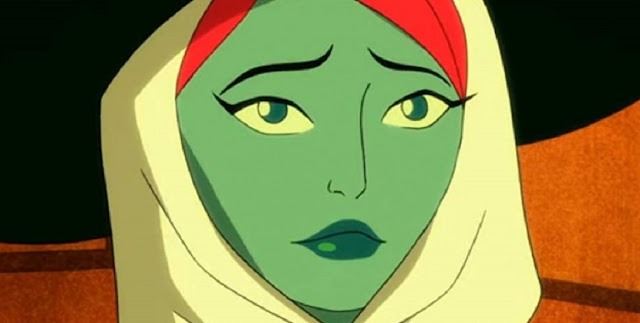 “The Line” starts with Harley’s friend and mentor, the Queen of Fables, getting an out of jail free card… or so she thinks. As with all things in this show, not is all as it seems. The rug is soon pulled out from under the Queen, voiced by Wanda Sykes. Catch up not only on my reviews but the show too, if you’ve missed any episodes, by signing up to DC Universe from here.
Let’s dig into this wonderful, horrific, humor-filled episode of Harley Quinn!

In “The Line”, we see a news broadcast where the courts have decided to release the Queen of Fables from her bondage, trapped in a storybook. In a twist, the judge reveals they would be crazy to set her fully free, so she’s having her sentence commuted to jail time. Harley Quinn, voiced by Kaley Cuoco, is instantly enraged by the news, and so she formulates a plan to free her friend. Poison Ivy, voiced by Lake Bell, tries to be the voice of reason with Harls, advising her to remember just why the Queen was imprisoned in the book to begin with. As always though, our lovely, spontaneous Harley won’t listen. 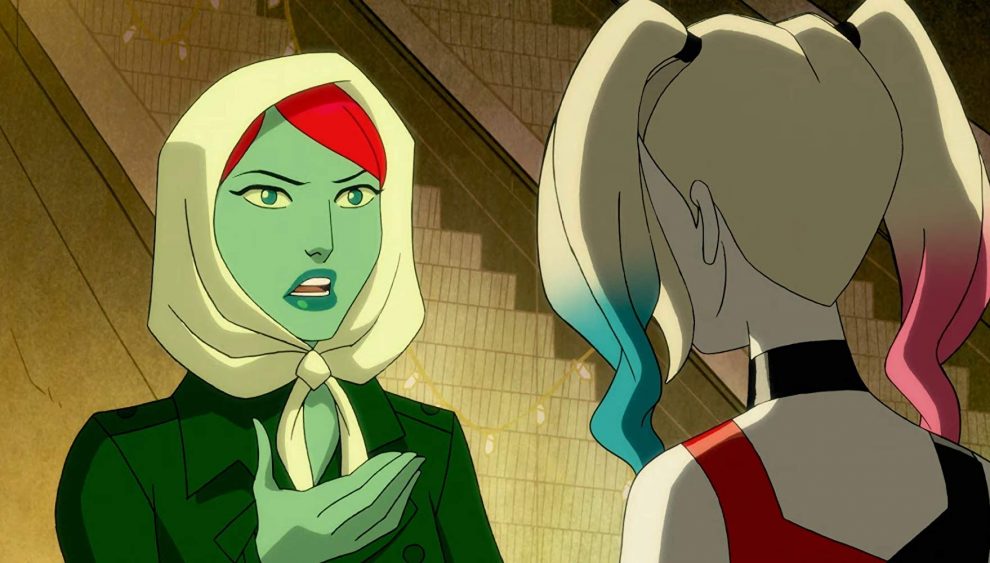 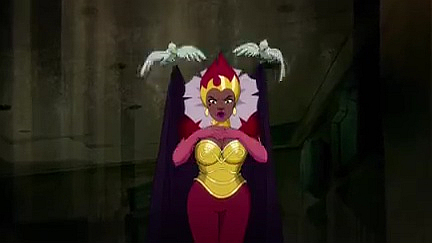 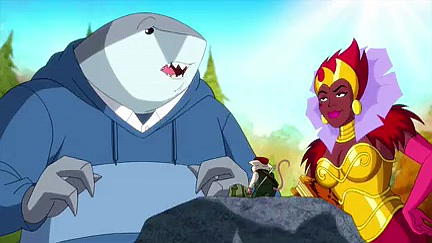 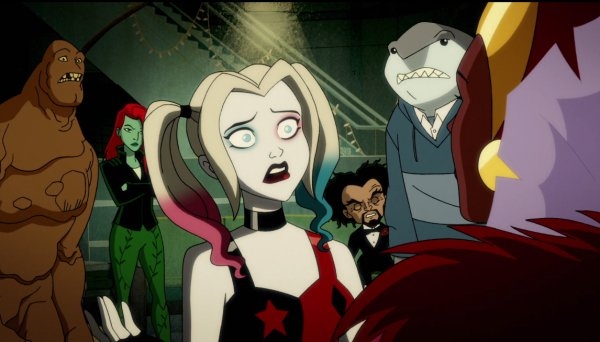 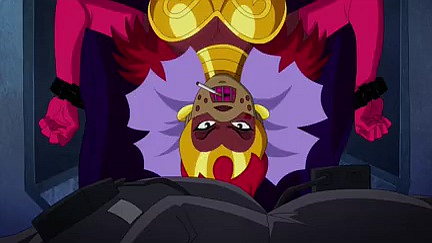 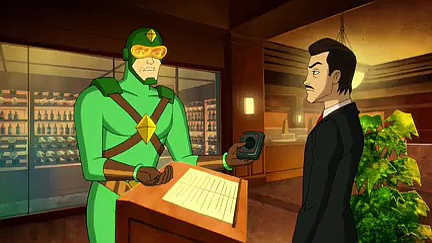 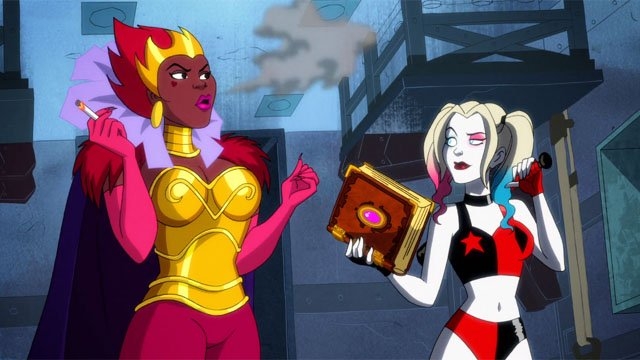 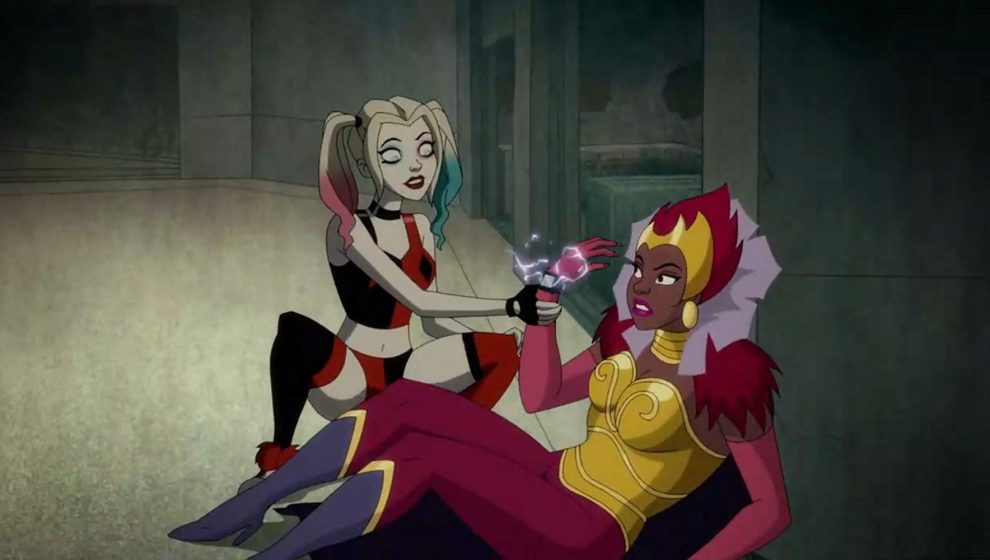 Listen To Your Heart

“The Line” shows some great lessons learned, though not all of them by Harley. We get some of our greatest moments from Poison Ivy, as she deals with her struggles of dating Kite Man, voiced by Matt Oberg. My favorite moment is when they are “out” in public and Kite Man comes up with a plan to get a table sooner. They should drop her name as The Riddler did right before them. Watching the two of them figure out their relationship is bliss, as they deliver some of the most humorous moments in the episode.

This series has not let up with great moments. The writing continues to be humorous and keeps topping itself one episode after another. “The Line” is no exception. The animation and voice actors go hand in hand, providing quality each episode with an astounding take on beloved characters.