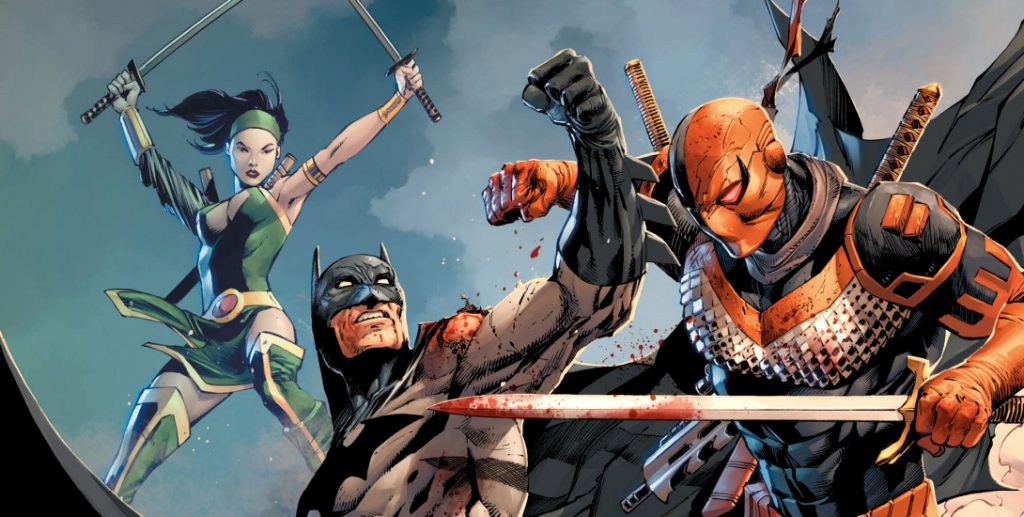 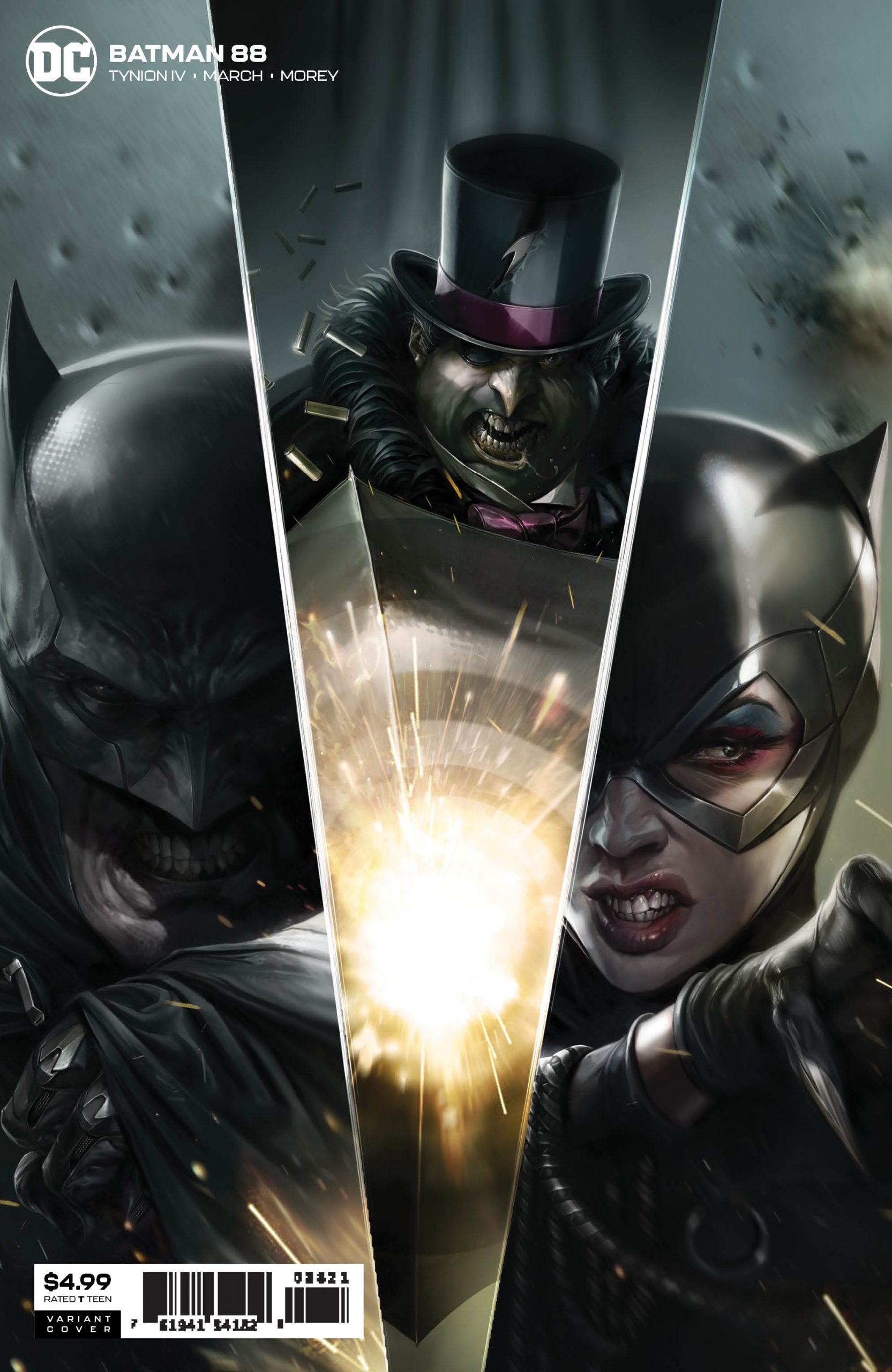 Review by Max Byrne
Batman #88 continues James Tynion IV’ red hot start on DC’s flagship title. A potent mix of action and mystery, intrigue and twists. This 3rd issue of the Tynion era is a non-stop ride, never pausing or filling time. From front to back, this is a book that goes and goes, without taking a breather. As a bang for your buck investment, this certainly represents value for money.
Expanding on the events on the previous issue, Batman #88 sees our titular hero picking up literally where he left off, having apprehended the villainous Cheshire. Cue one of the most shark-jumping moments in Batman lore, by way of Lucius’ ingenious holographically enhanced substitute Batmobile. Whilst this does stretch the believability of events so thin that they become almost become translucent, I do feel that the creative team just about gets away with it. Yes, this is a grounded character but outlandish tech has always been part of the oeuvre of the Dark Knight, so let’s embrace it bat-fans!
Tynion pulls the neat, yet oft used, trick here by splitting the plot into two narrative strands. One following the aforementioned Bat, the other following Catwoman “digging” into her past. Both are equally absorbing, yet very different in their approach. The flip-flopping between the two works effectively as a way of keeping the reader engaged right until the end, as both keep their cards close to their chests before their final panels. 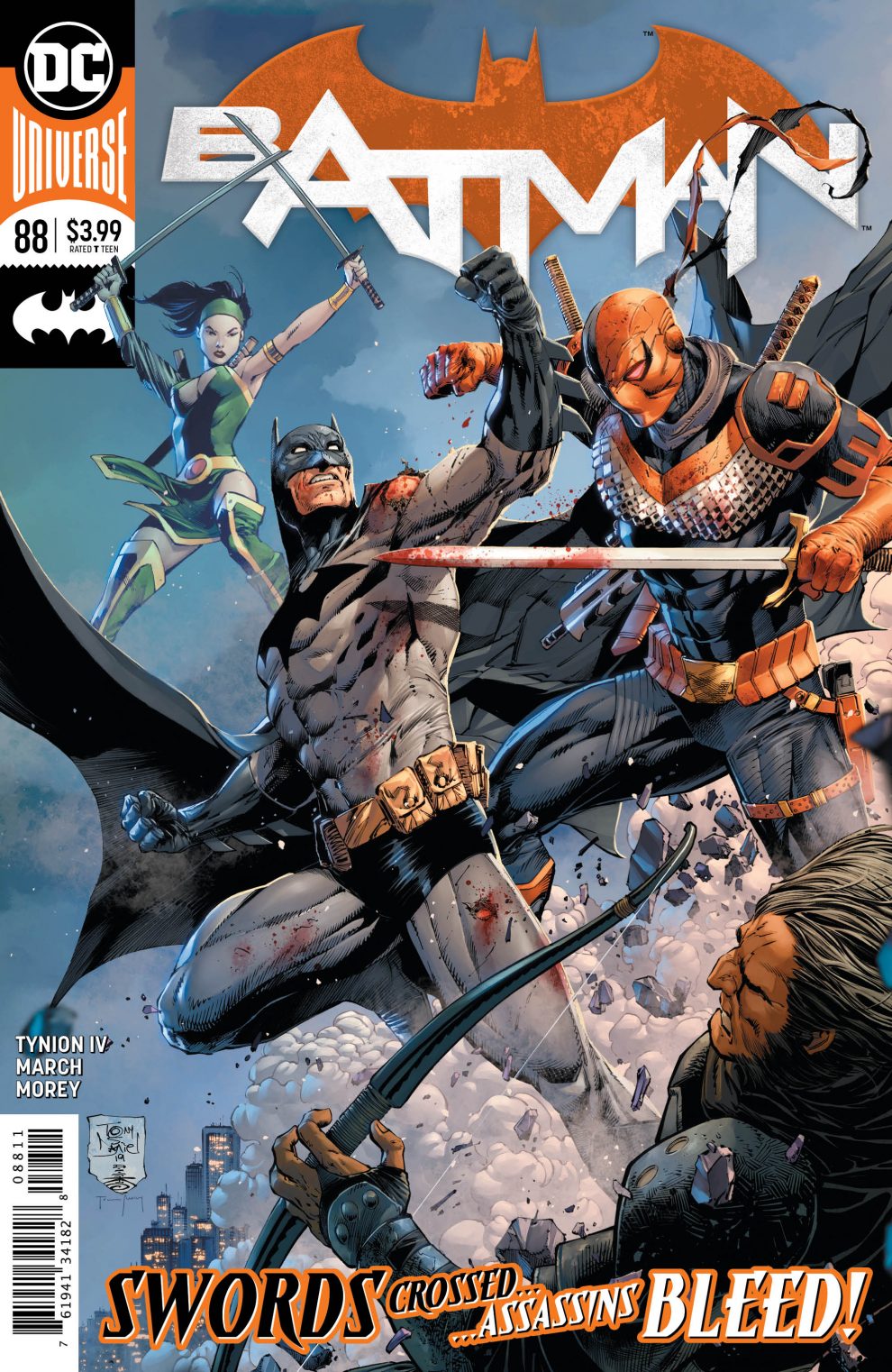 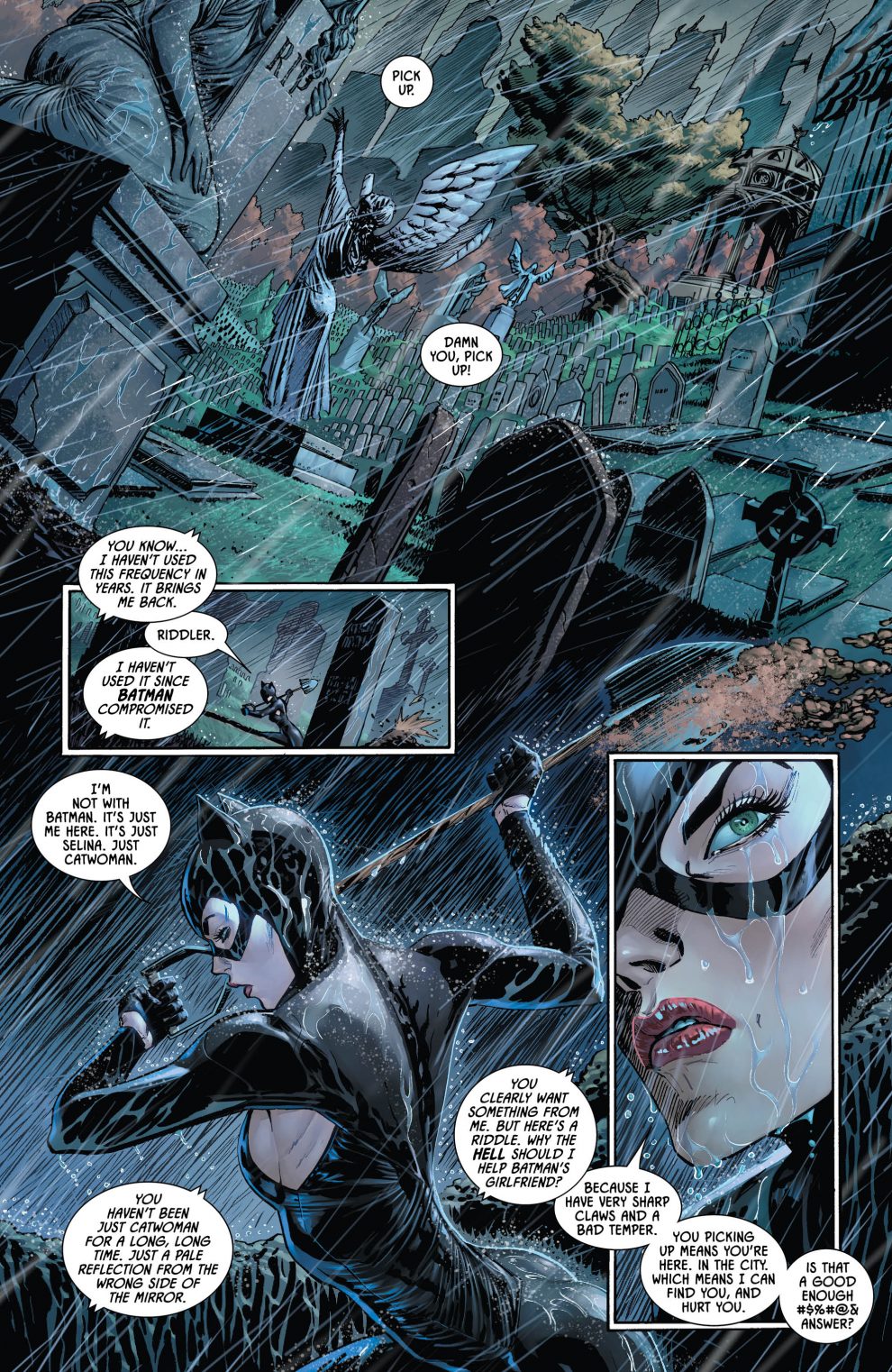 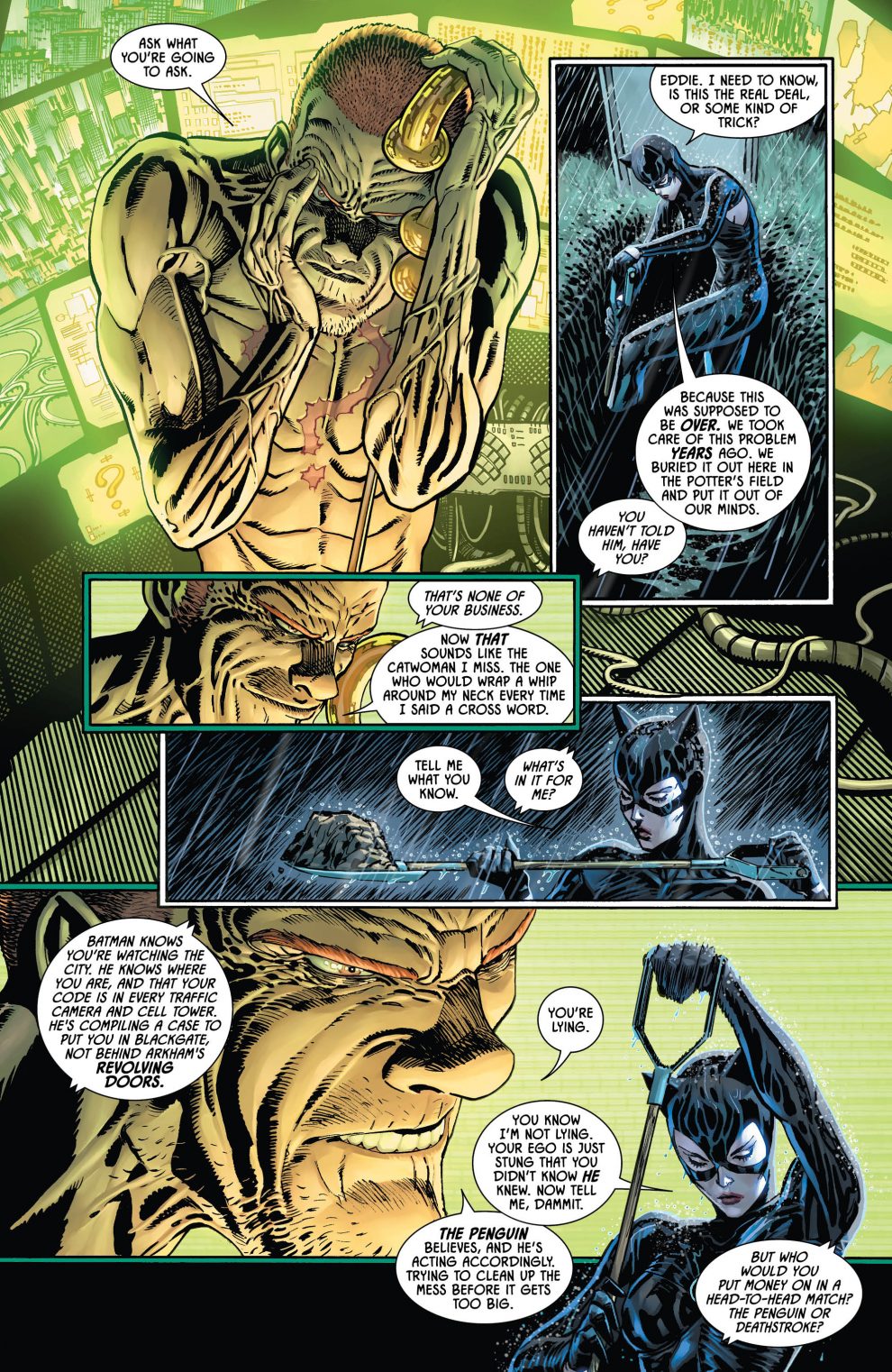 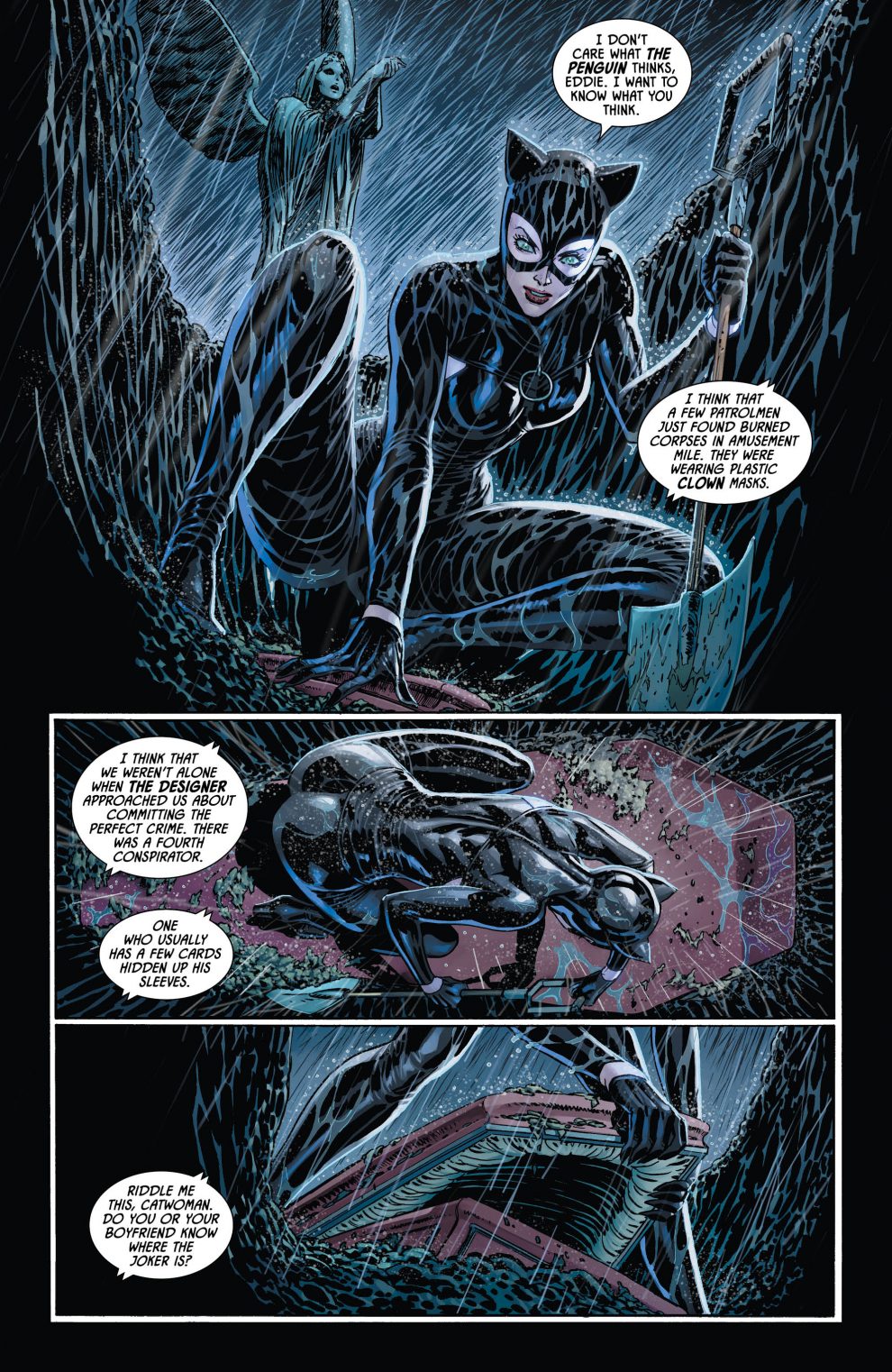 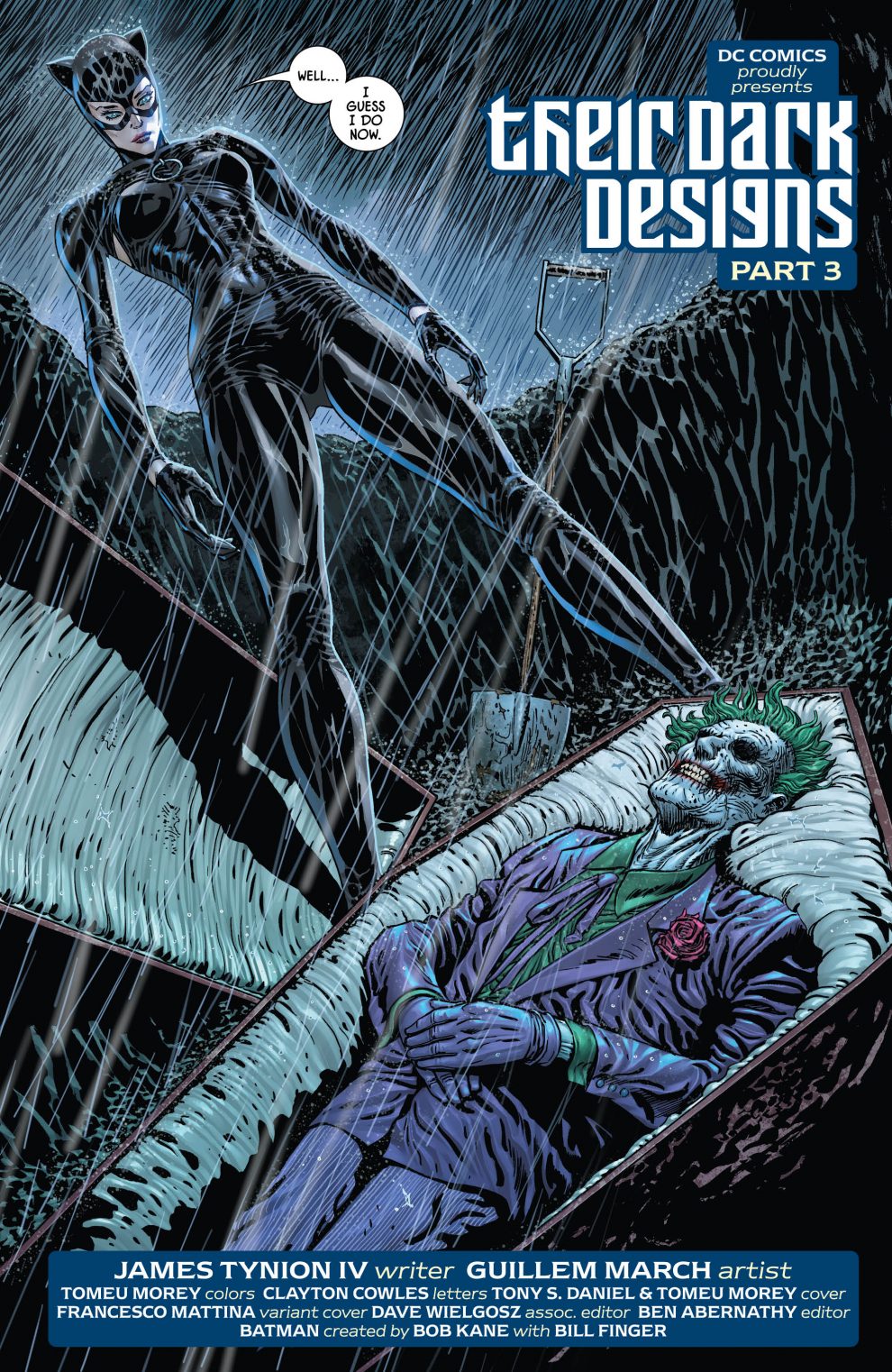 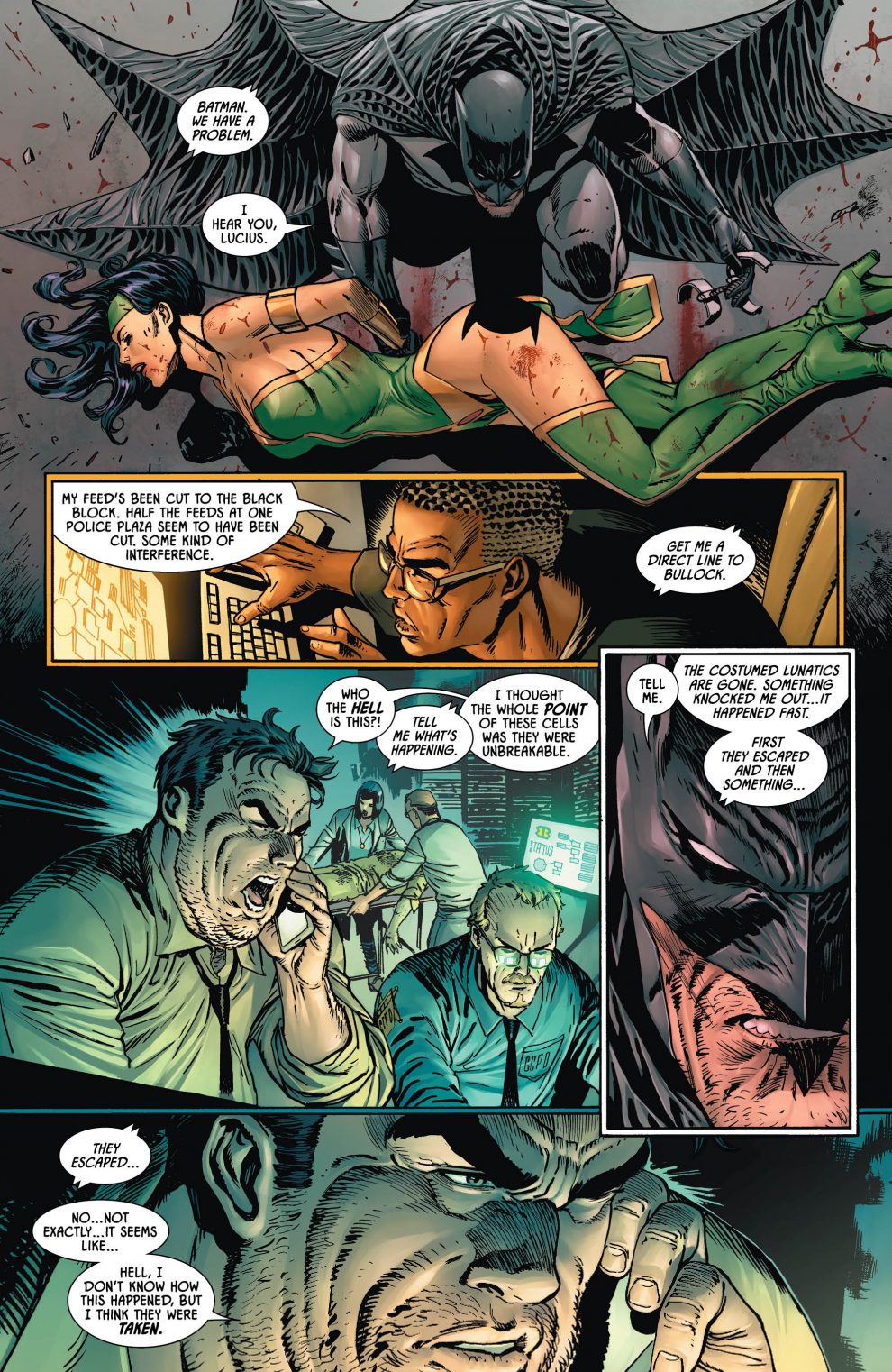 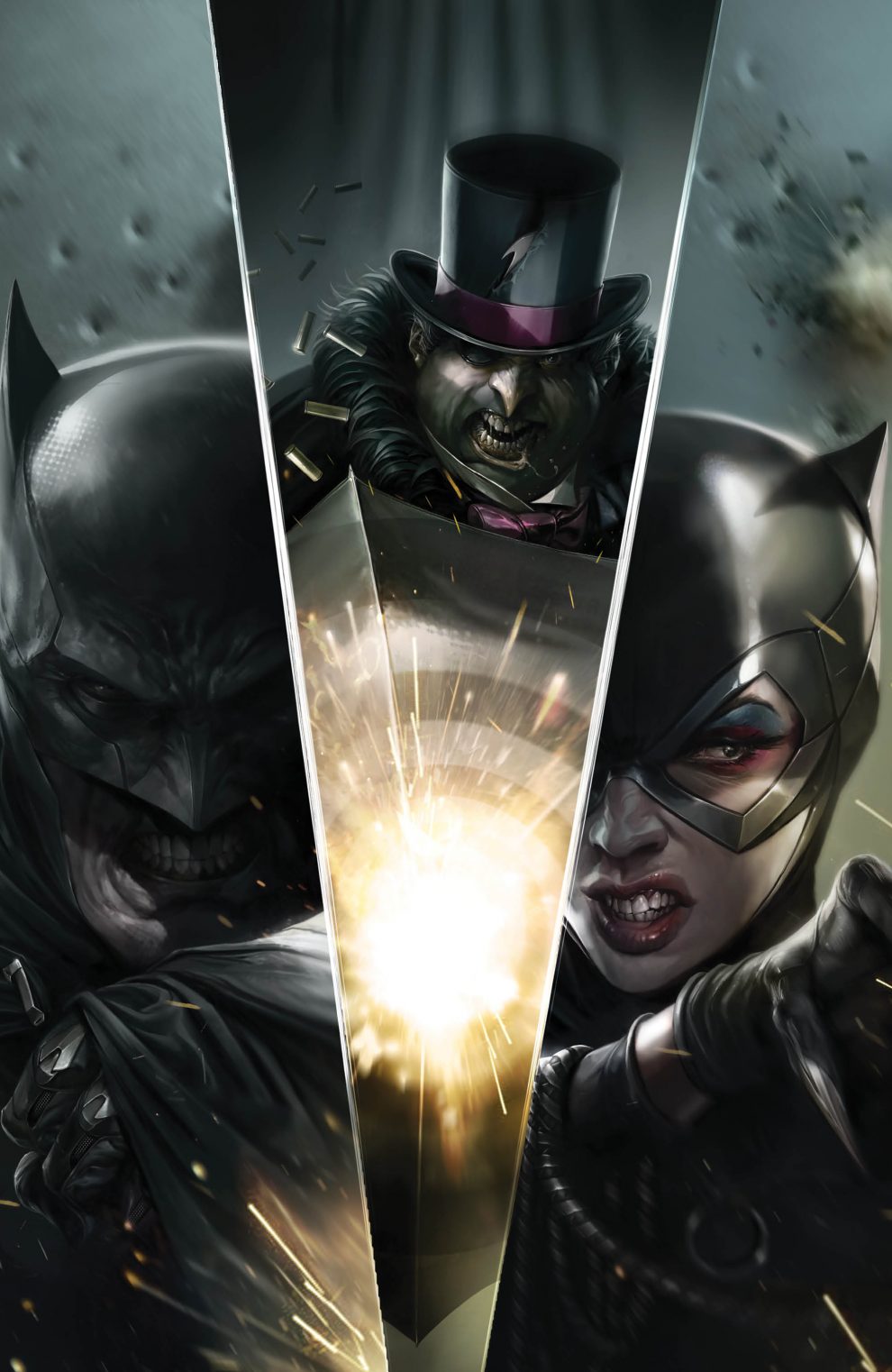 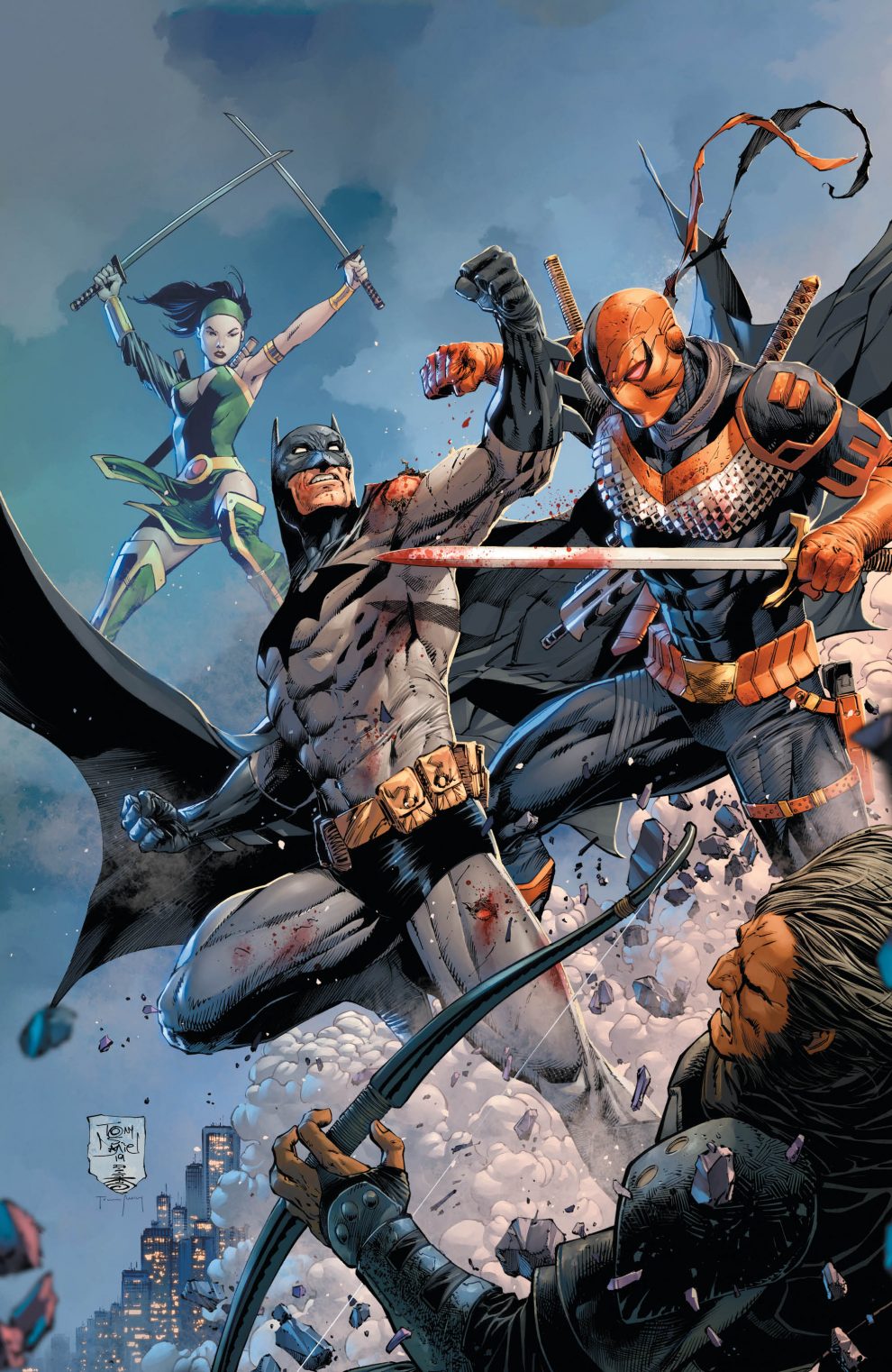 The closing scenes definitely whet the appetite for issue #89. The puppet master behind the plot is slowly ready to be revealed and, according to a prone Cobblepot (did you spot the Batman ’66 reference in his monologue?), has his sights set on the man behind the mask, Bruce Wayne!
With the return of old frenemies, Tynion is certainly going big right out of the gate with his run. Whilst he doesn’t favour an overly cerebral or metaphorical approach – a la Tom King – his writing is wonderfully absorbing and has a wonderfully kinetic quality to it.
At the risk of banging an extremely well worn drum, special mention must once again go to the visual team of Guillem March, Tomeu Morey and Clayton Cowles. This triumvirate of talent have created a true feast for the eyes, with panel after panel that simply demand repeated viewing. Each page of this book is filled with a vibrancy and depth that lives long in the memory. Explosions of color complement March’s incredibly striking figure work, as the muscular and charismatic Batman dominates the page at every turn. The scenes set in the rain sodden cemetery have an almost cinematic quality to them, one can almost feel the precipitation bouncing off the ground.

A thoroughly entertaining issue and a real page turner, Batman #88 is another very strong entry into Bat-canon. With more rogues than anybody could wish for, the book is fully loaded. Where we go from here remains to be seen and I truly hope that the reveal of The Designer lives up to the build up. Based on what we’ve had so far, hope springs eternal that it’s going to be something very special and well worth investing your time and money in.