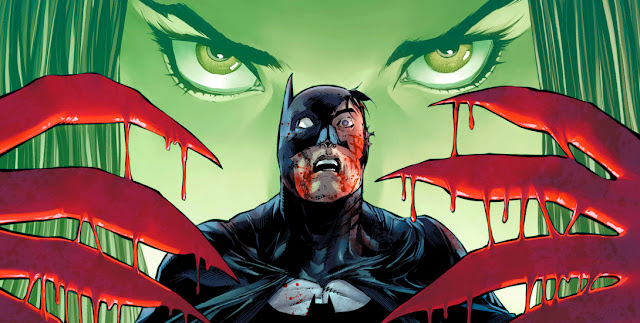 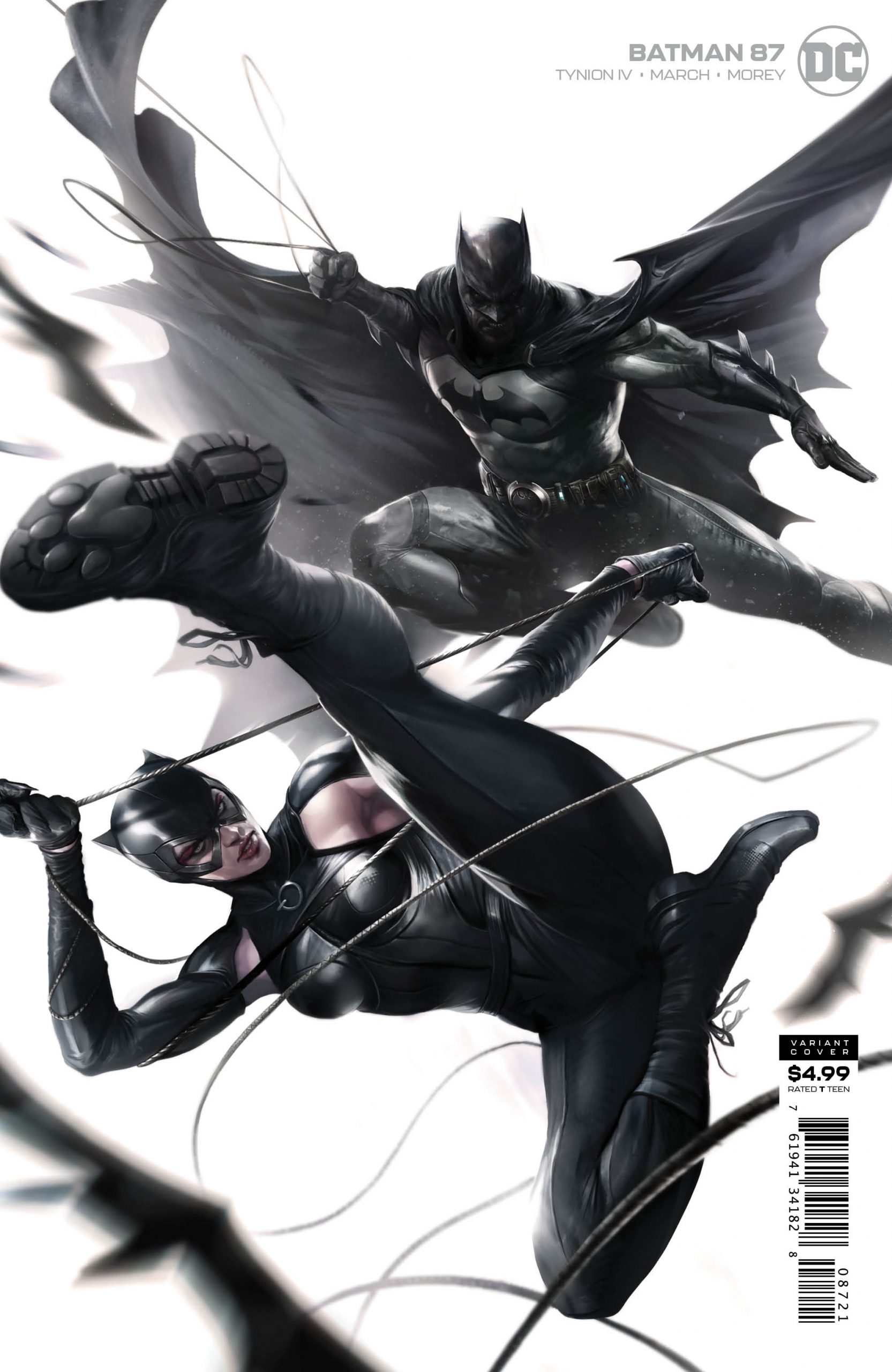 The game is most definitely afoot. After making his debut on the title with the release of Batman #86, James Tynion IV has now begun to work his magic. Displaying a deftness of touch and a knack for multi-layered storytelling that would make his predecessor proud, his start on DC's flagship book could not have got off to a better start.

Whilst some naysayers may bemoan the changing of the guard, I am of the opinion that the future is very bright indeed.

Whilst not a reinvention of the proverbial wheel, this feels interesting and fresh enough to draw readers in. Yes, there are tried and trusted tropes on offer here, but they are delivered in such a way that they avoid feeling like a rehash of comics past. We are also treated to new relationships and dynamics in the life of the titular Caped Crusader. A prime example is the role of Harvey Bullock here. In the wake of Jim Gordon's move to the dark side (see the current run of Batman/Superman and the excellent Batman Who Laughs mini-series for details), old Harv has been promoted to Commissioner. I guess seniority rules O.K. in the GCPD!

The relationship between the Bull and the Bat is a complete 180 degree turn from the Gordon/Batman old pal act. Antagonistic, snarky and distrusting, Bullock really comes across as a man not comfortable with his new circumstances, and not afraid to let everybody know about it. Tynion clearly has a great handle on the character and I hope that the coming weeks see him get a lot of time on the page. If their barbed exchange is anything to go by, this pairing could be mined to great effect and provide moments of levity amidst the angst. Until such time as Jim Gordon makes his inevitable recovery, this is a great, fresh situation. 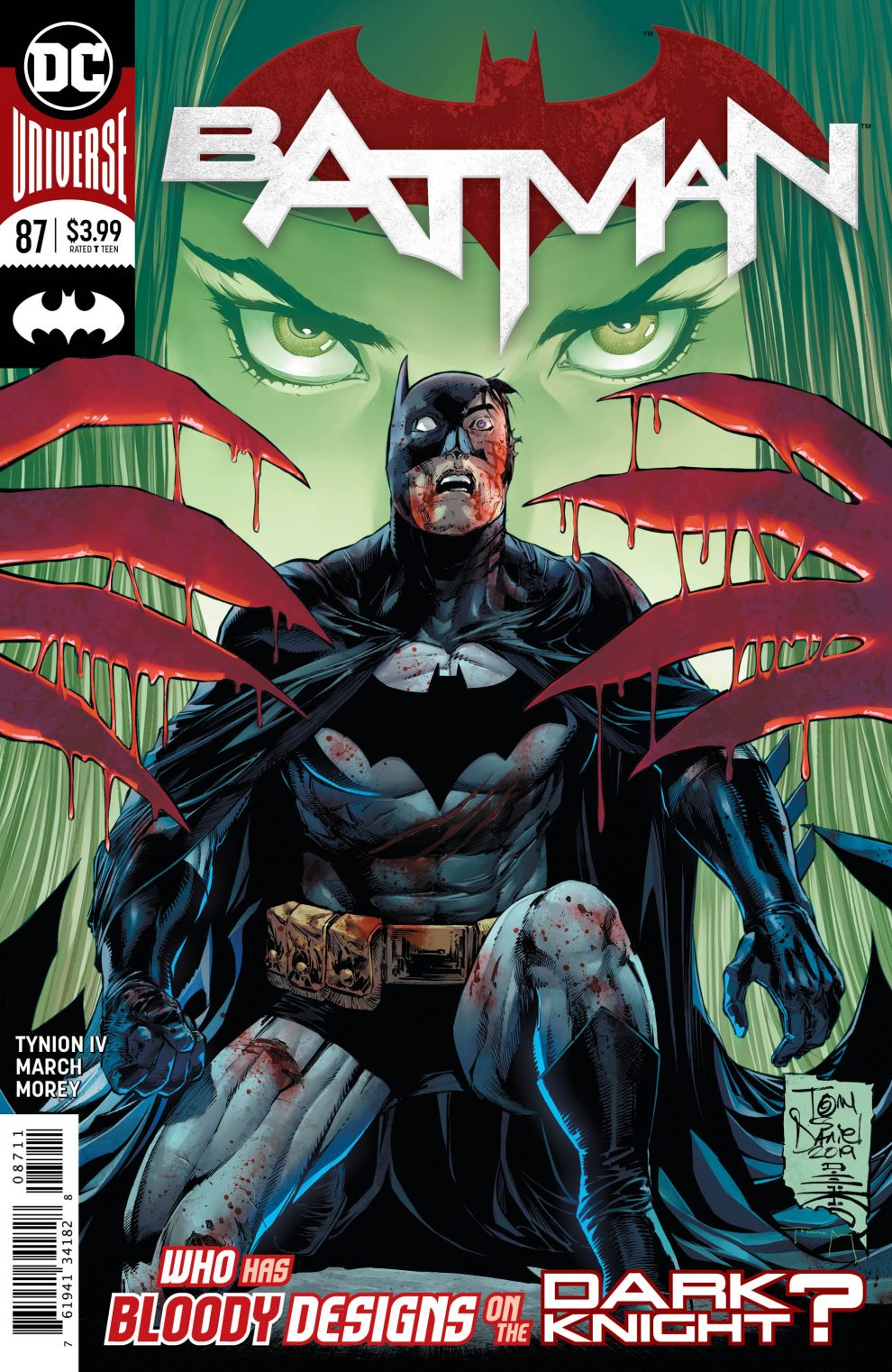 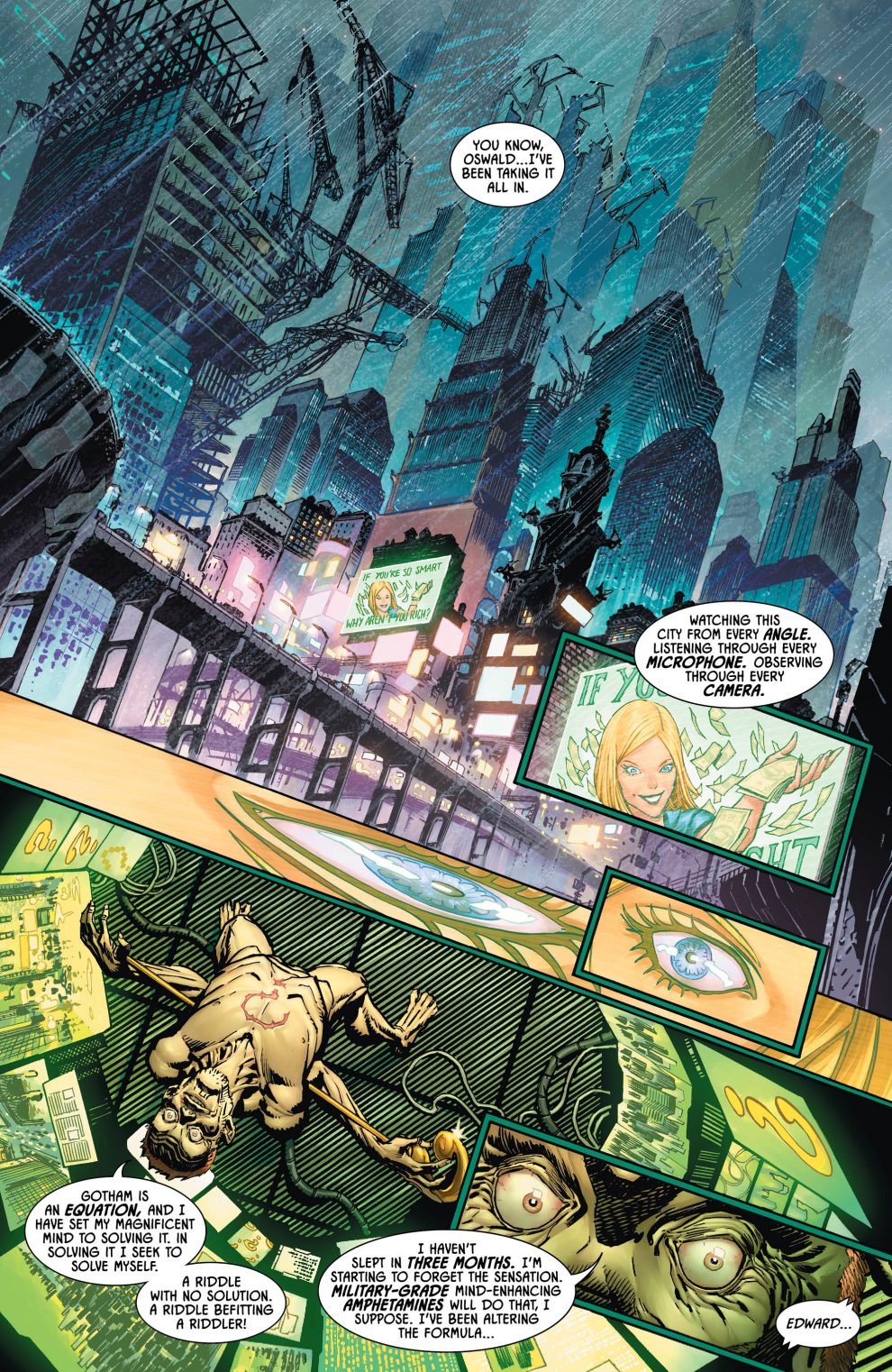 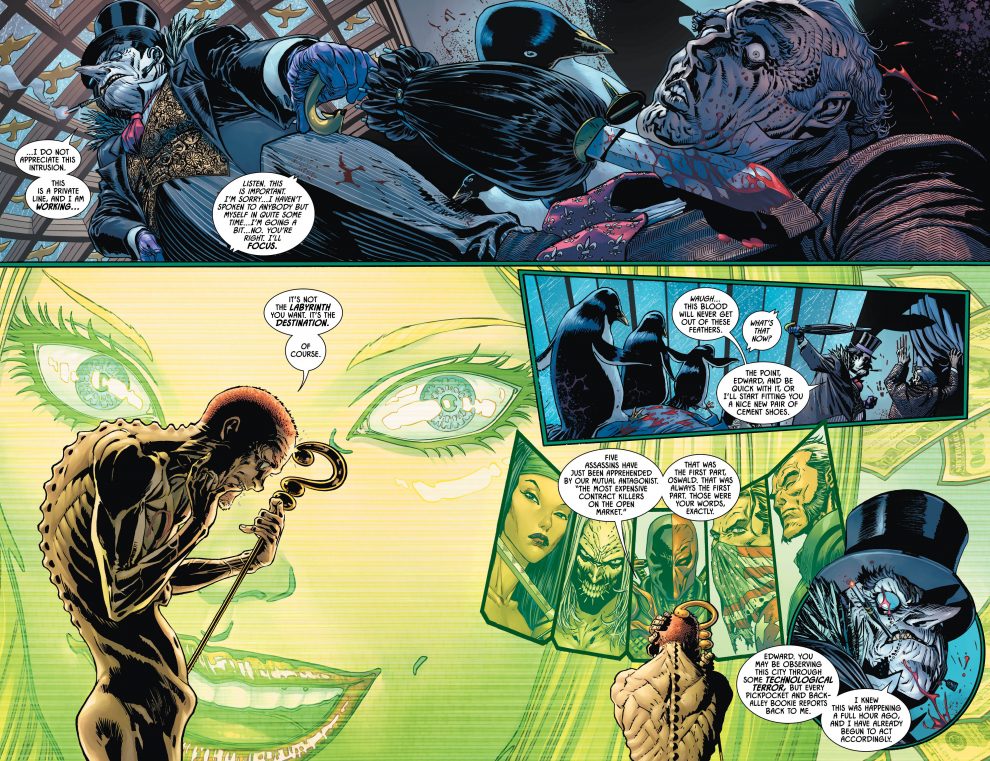 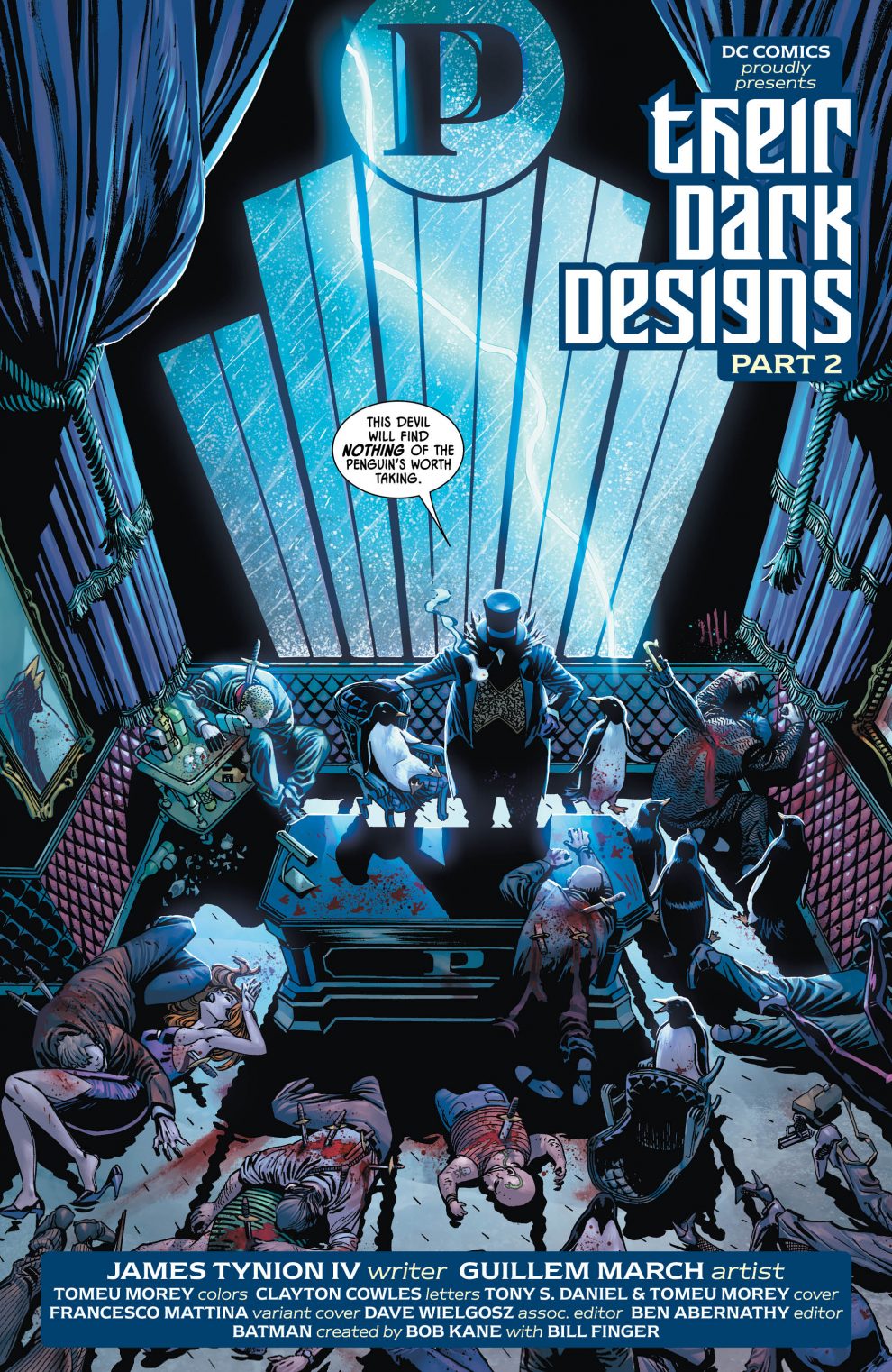 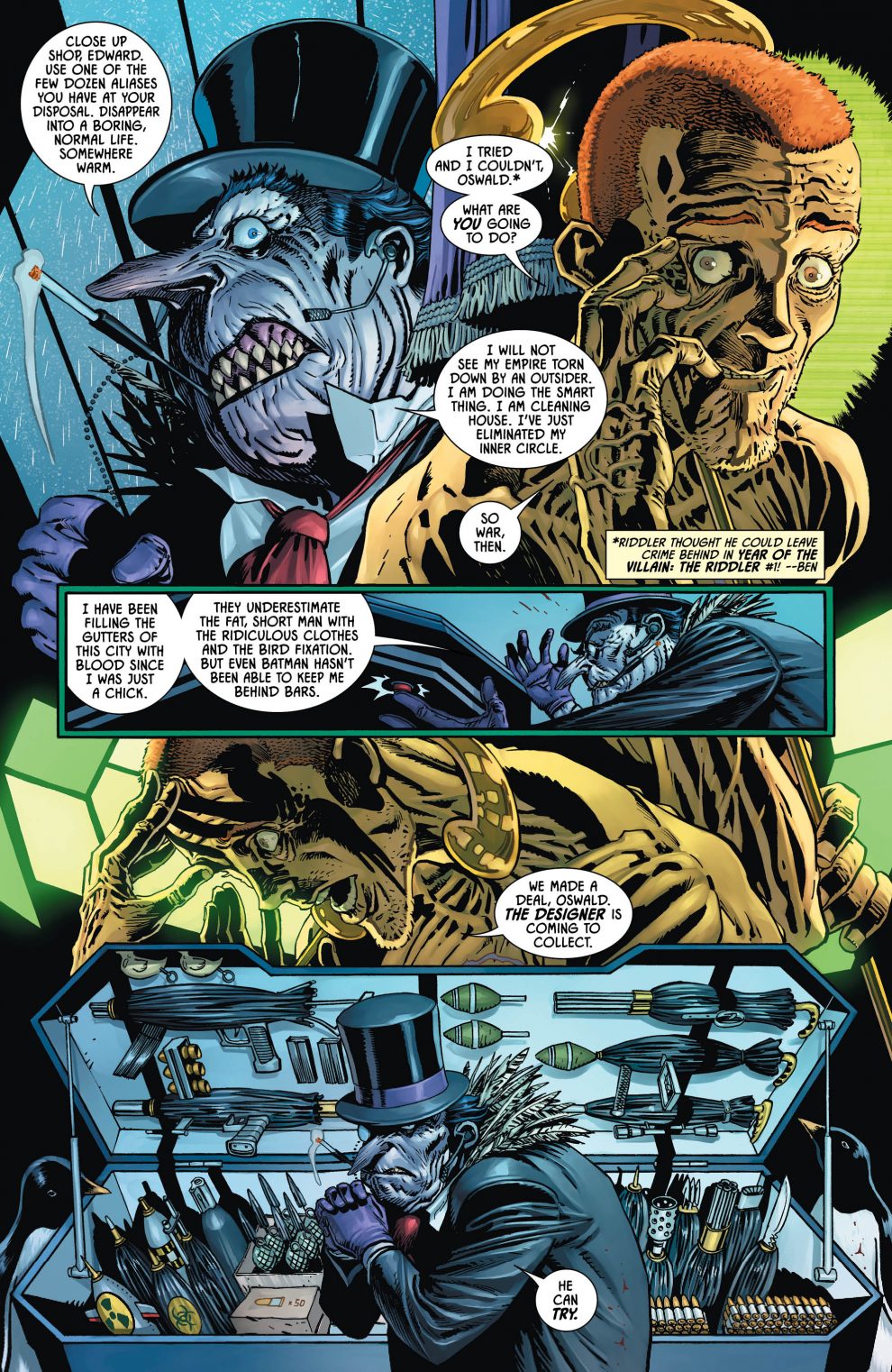 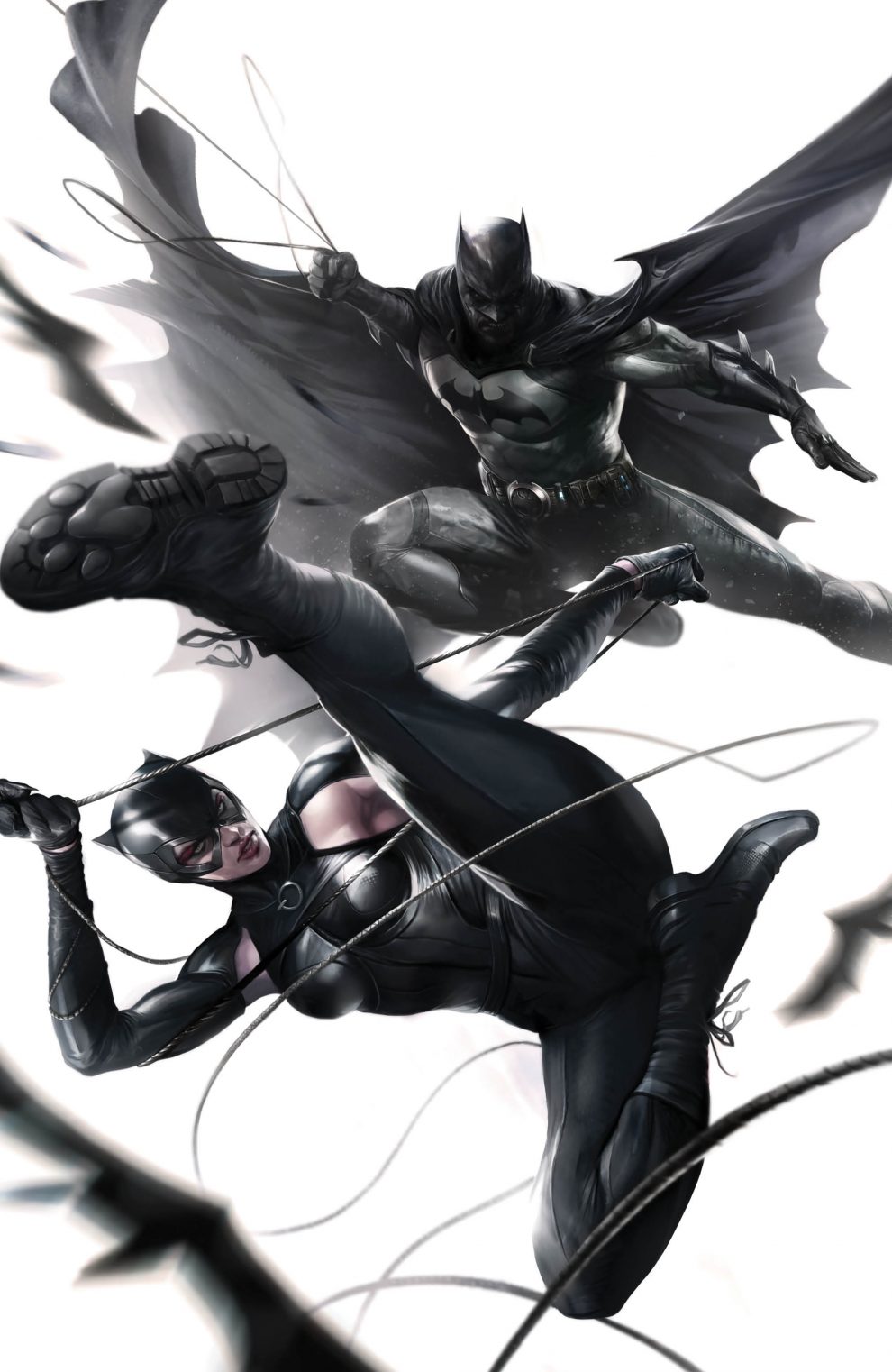 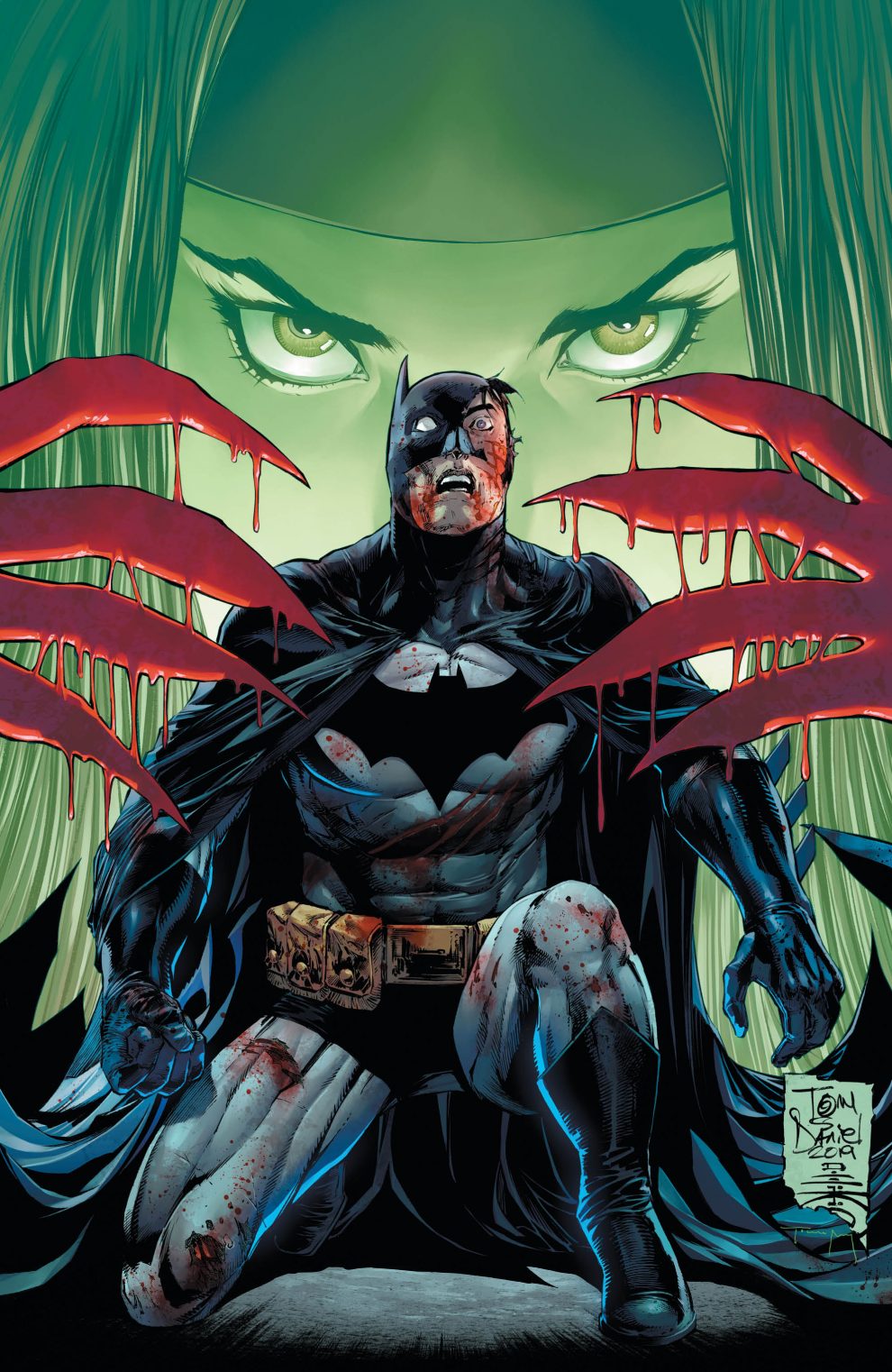 Huge praise must go to Guillem March for his sumptuous art, as there's such a rich depth to his work. It really makes the issue feel big, expansive and vibrant. A prime example is the big action set-piece of the issue, the pursuit of Cheshire. It's constant, unrelenting, always on the move. One can almost hear the noises being made by the high speed vehicles as they collide in a perfect storm of impact and onomatopoeia. The taciturn Batman against the flamboyant Cheshire is a nice visual contrast too, with two very different types of physicality going toe to toe. The explosion of Tomeu Morey's color choices during this confrontation is quite something, the very definition of a feast for the eyes.

With a multi-stranded plot being gradually unravelled, we are certainly in for a long haul ride here. With warring villainous factions colliding, a mystery man/woman hellbent on sabotaging Bruce Wayne's plans regarding Gotham's internal structure, and a whole bunch of villainous wildcards being thrown into the mix, there's a lot of meat on the bone here. Tynion is certainly not afraid to stack the deck with several heavy hitters, utilising the very best that Batman's rogues gallery has to offer. Whilst his plate is nearly always full, this particular smorgasbord of villainy is going to keep the Dark Knight extremely busy!

A thoroughly entertaining and engrossing read from start to finish, Batman #87 is fun and non-stop. Tynion's writing has a perpetual motion type quality to it, and is certainly less cerebral than Tom King's. Whilst I don't favour one above the other, there is no doubt that he is starting to stamp his authority over the proceedings.

Going big early is not a bad choice of tactic and I'm certainly already counting the days until issue #88 graces shelves in all good comic-book stores.