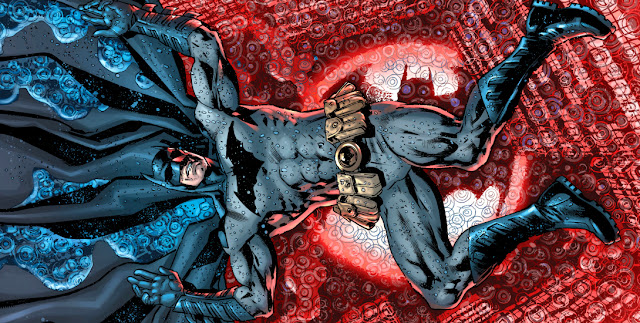 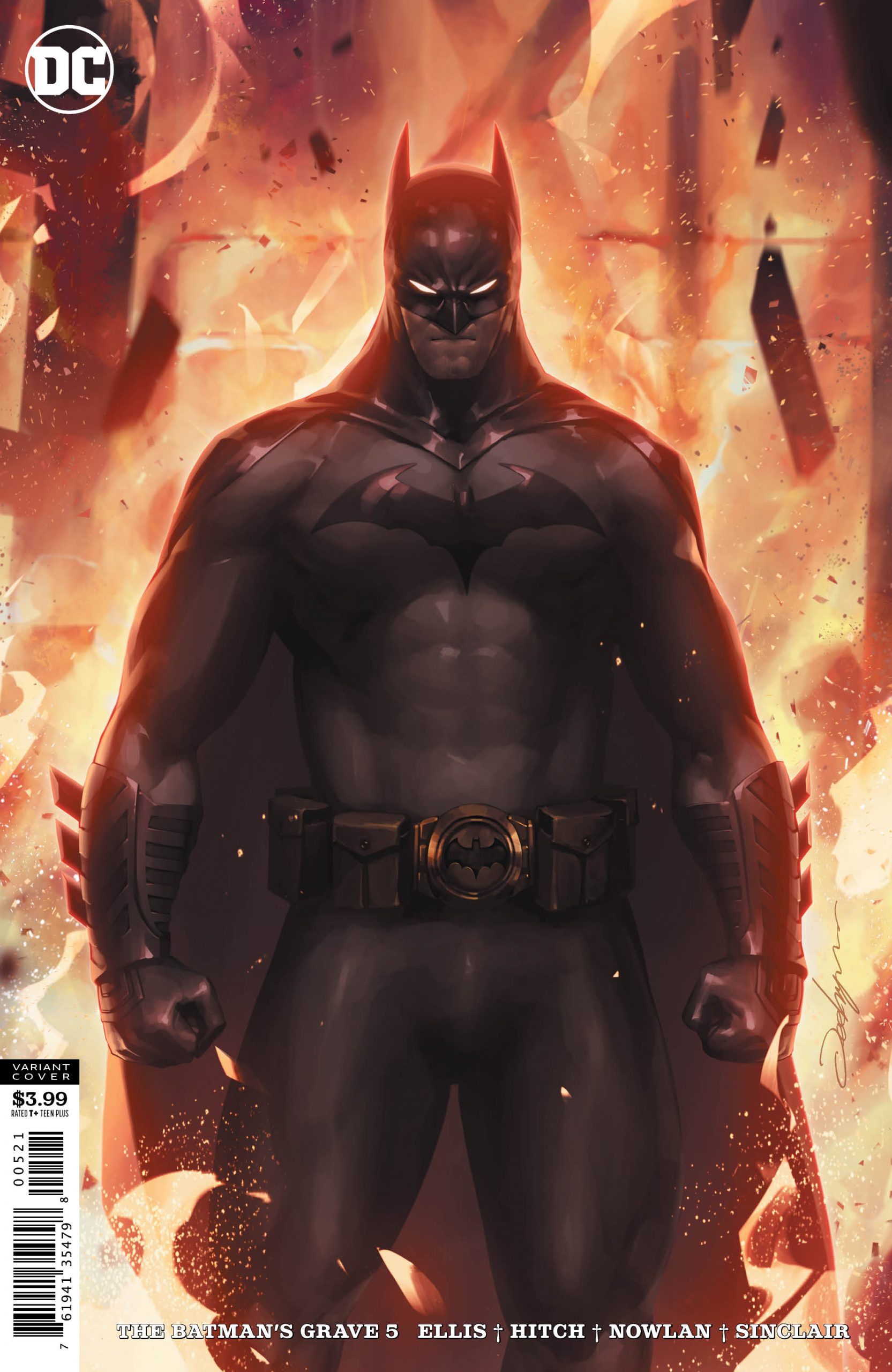 The incredibly high standard of this wonderful limited series continues right here in The Batman’s Grave #5, courtesy of the A-List creative team of Warren Ellis and Bryan Hitch. This is a title that feels like a highlight reel within every single issue, full of thrills and pointed, sharp dialogue. Whether you favour non-stop action or articulate, realistic verbal exchanges, this series has got you covered!
Following on from the previous issue, which contained an extended fight scene that rivals anything recently committed to print, this new instalment is all centred around Batman’s quest for answers. Ellis is doing a masterful job of not revealing his hand too early. Instead, each week gives us just enough to further the plot along and hook the reader in even further.
Hot on the trail of the Scorn Army, the stage is set for a trip to the infamous Arkham Asylum… in true Ellis fashion. I don’t wish to give much more away here, but would, however, implore all Bat-fans to invest in this series forthwith, you’ll be glad you did. 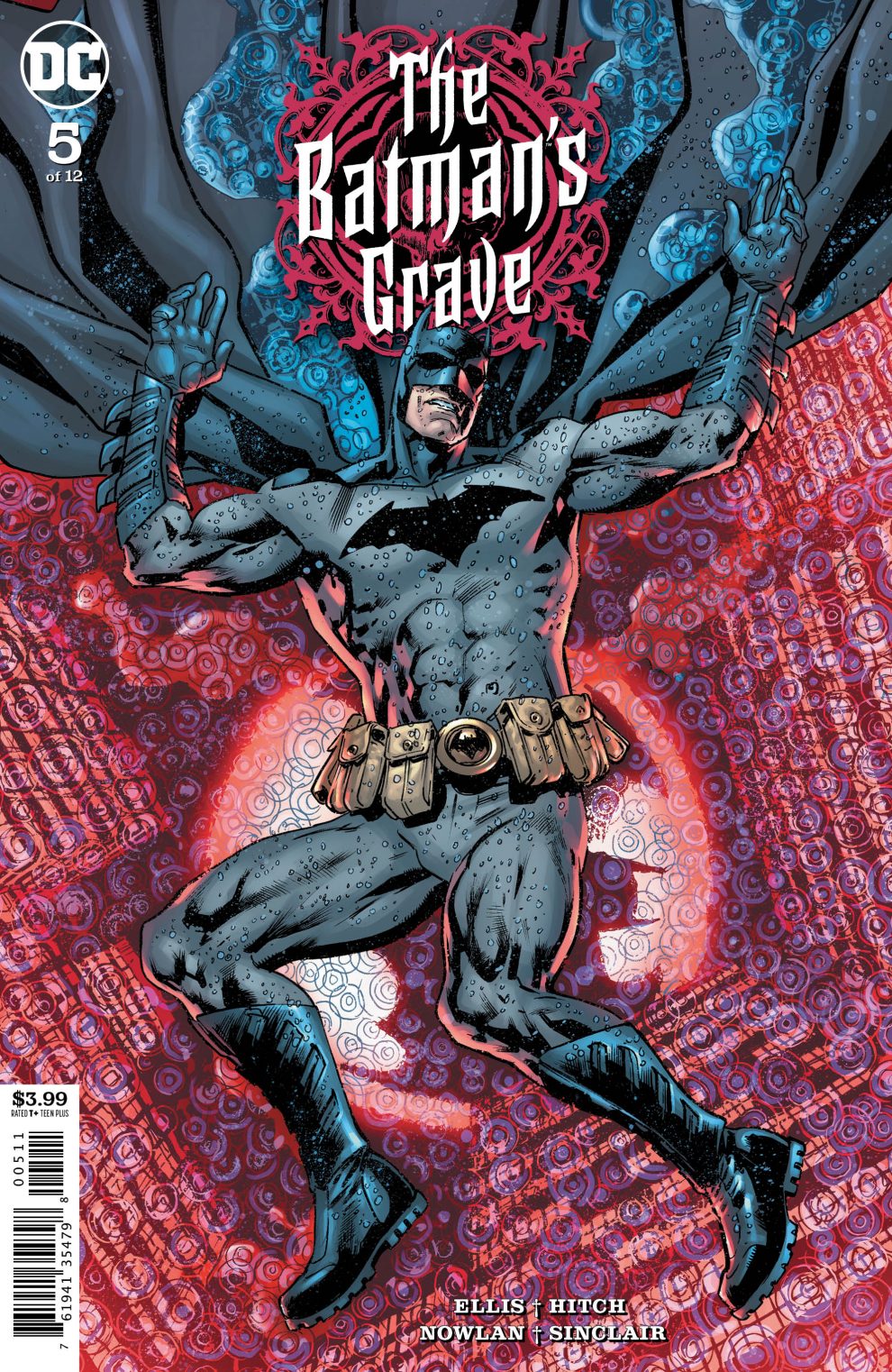 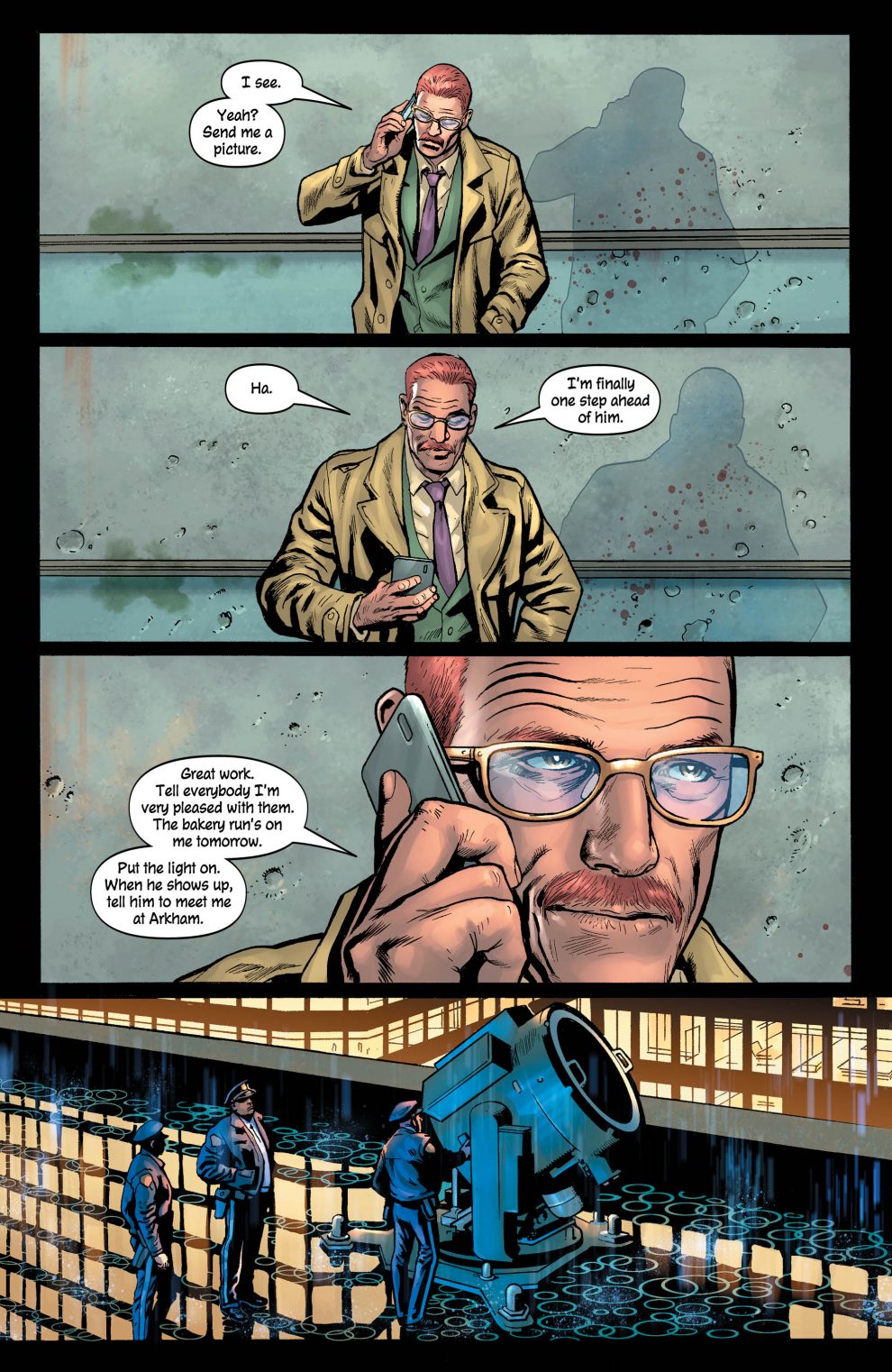 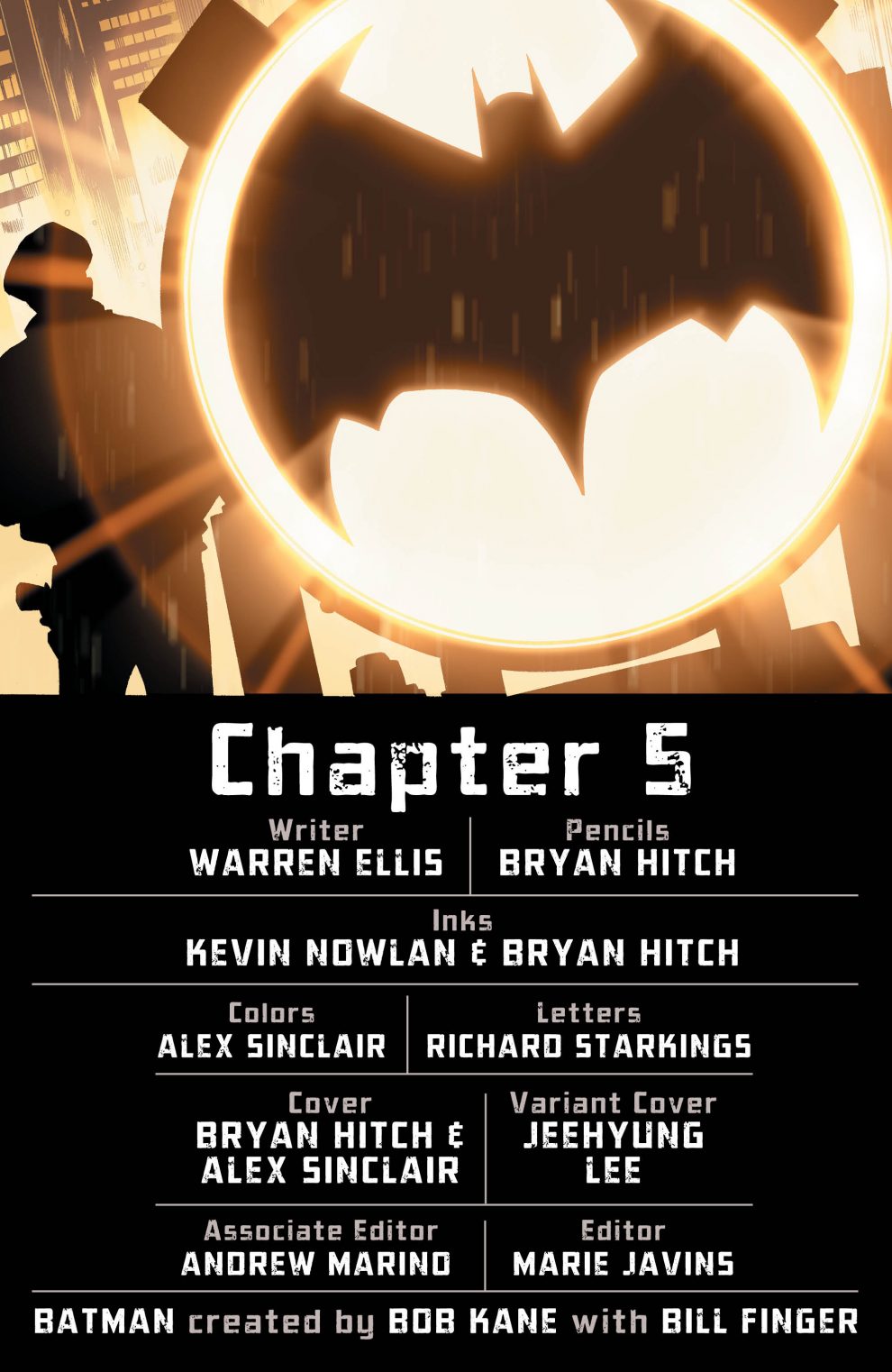 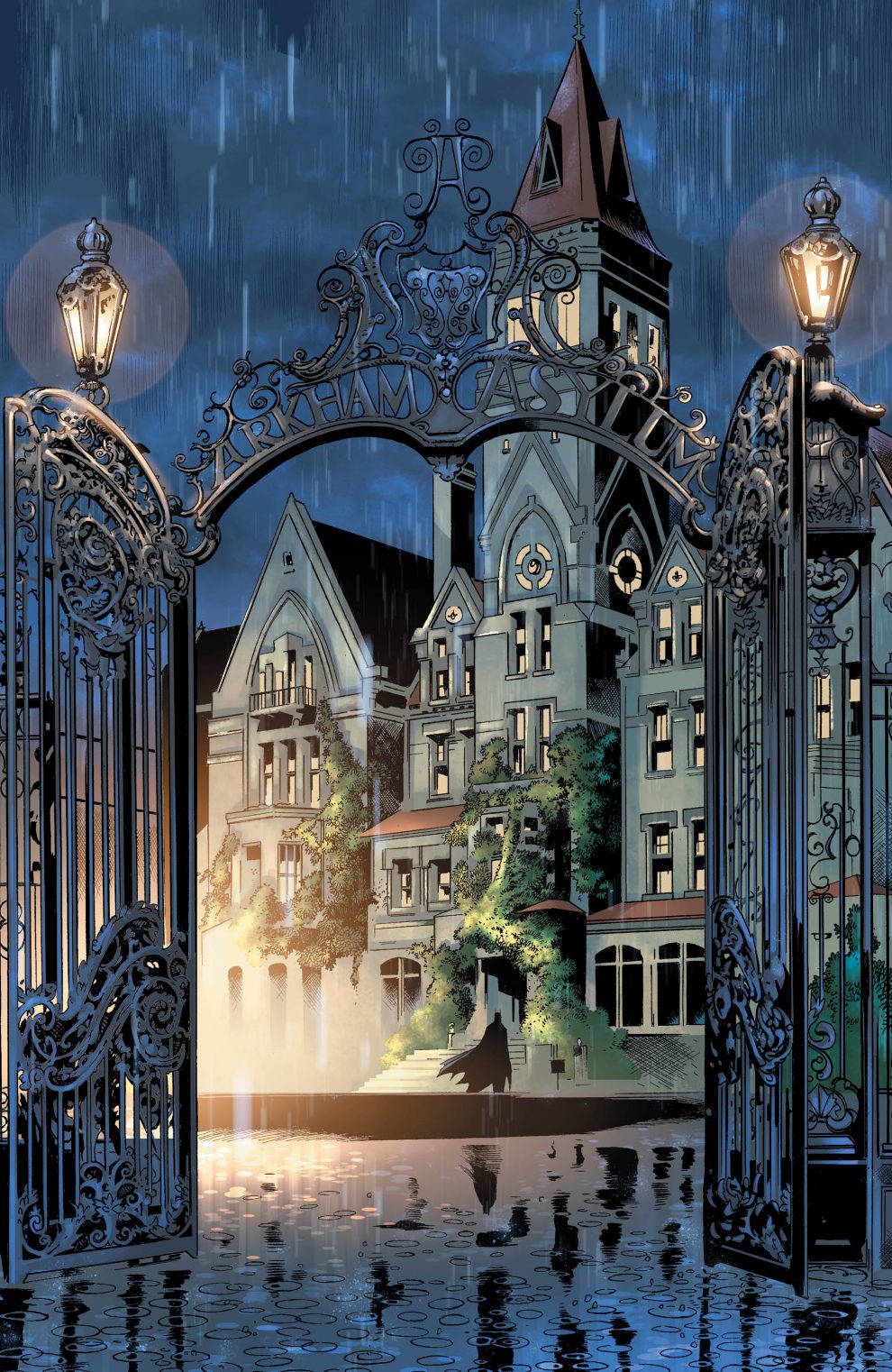 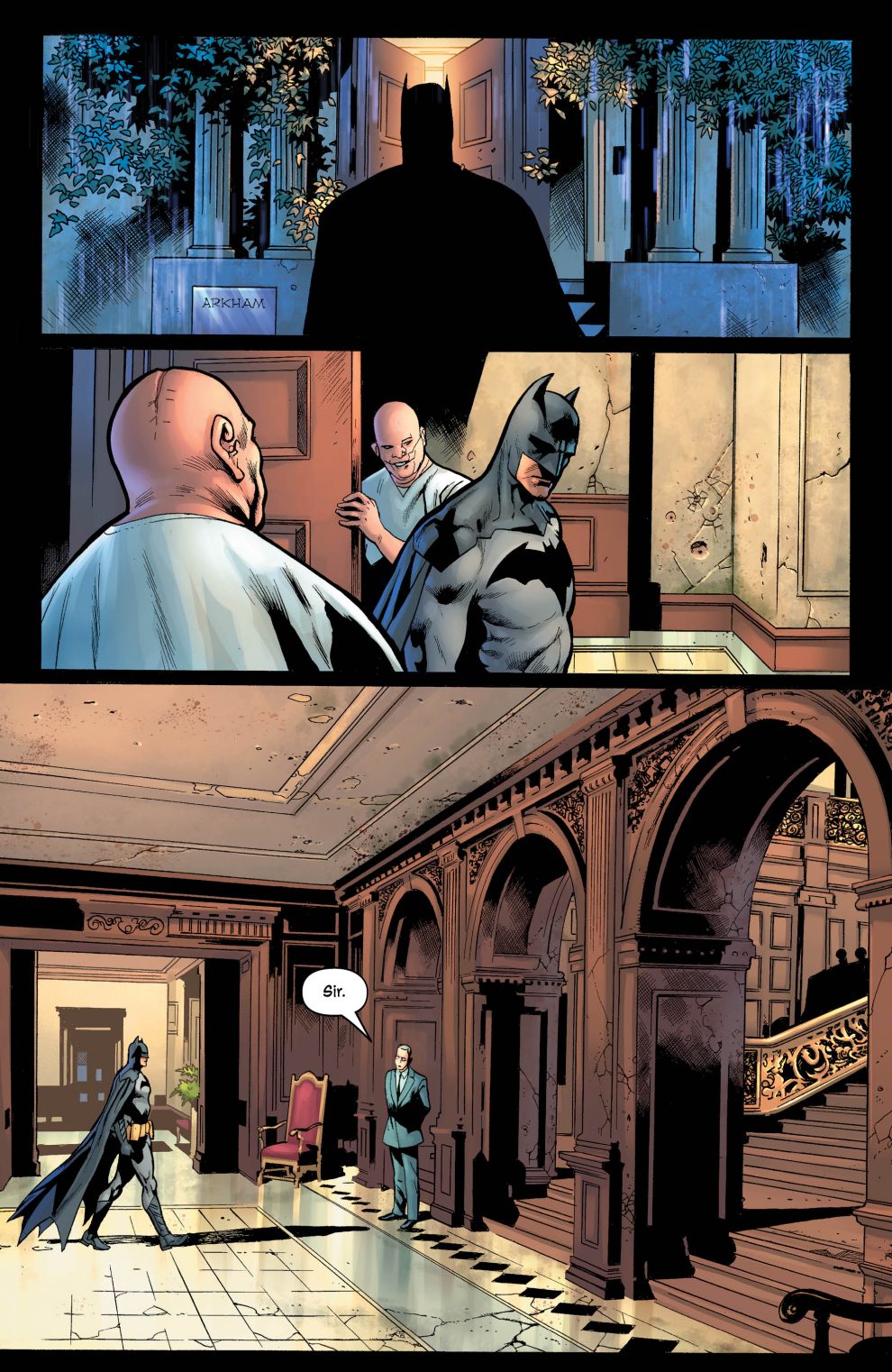 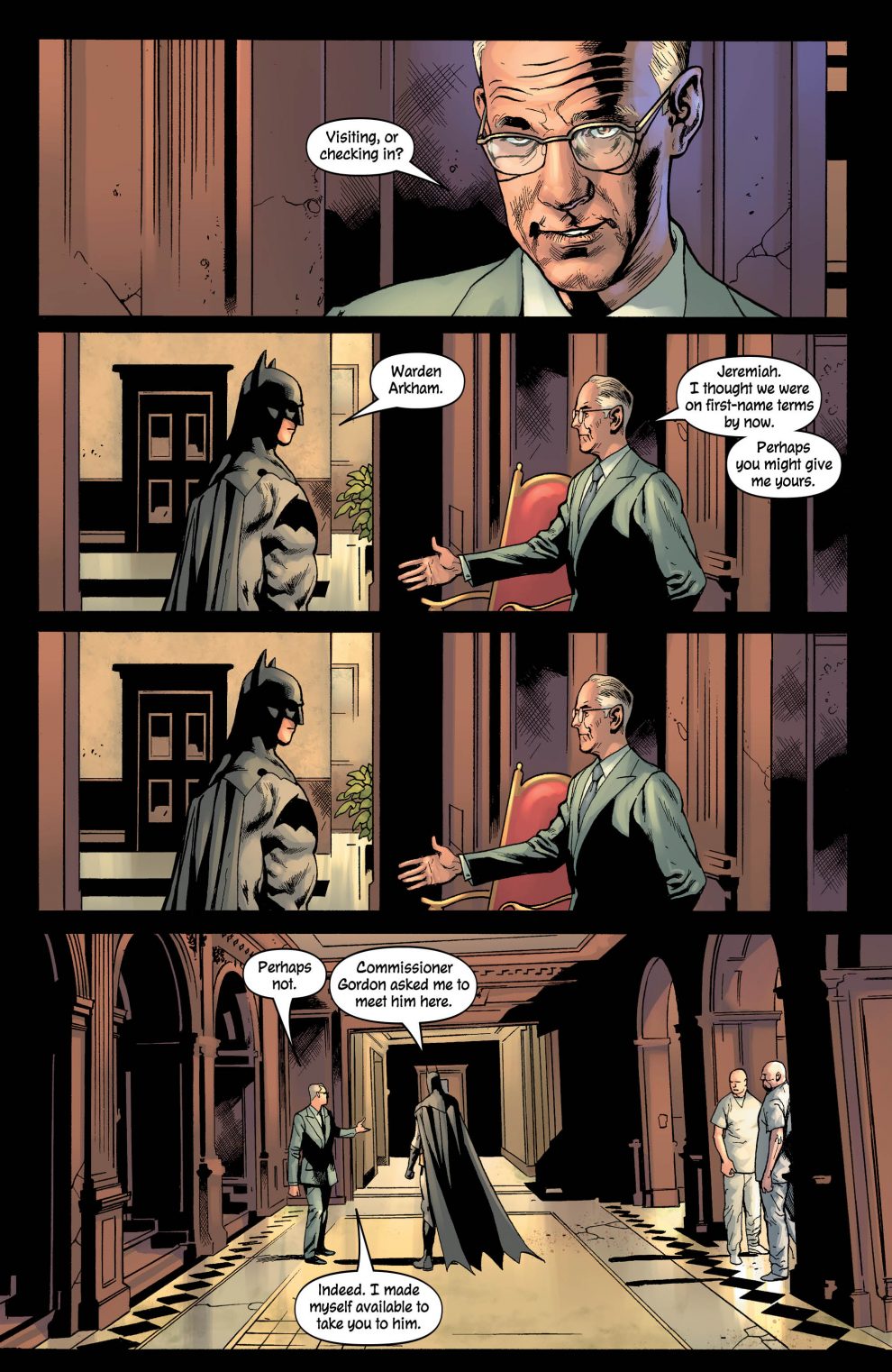 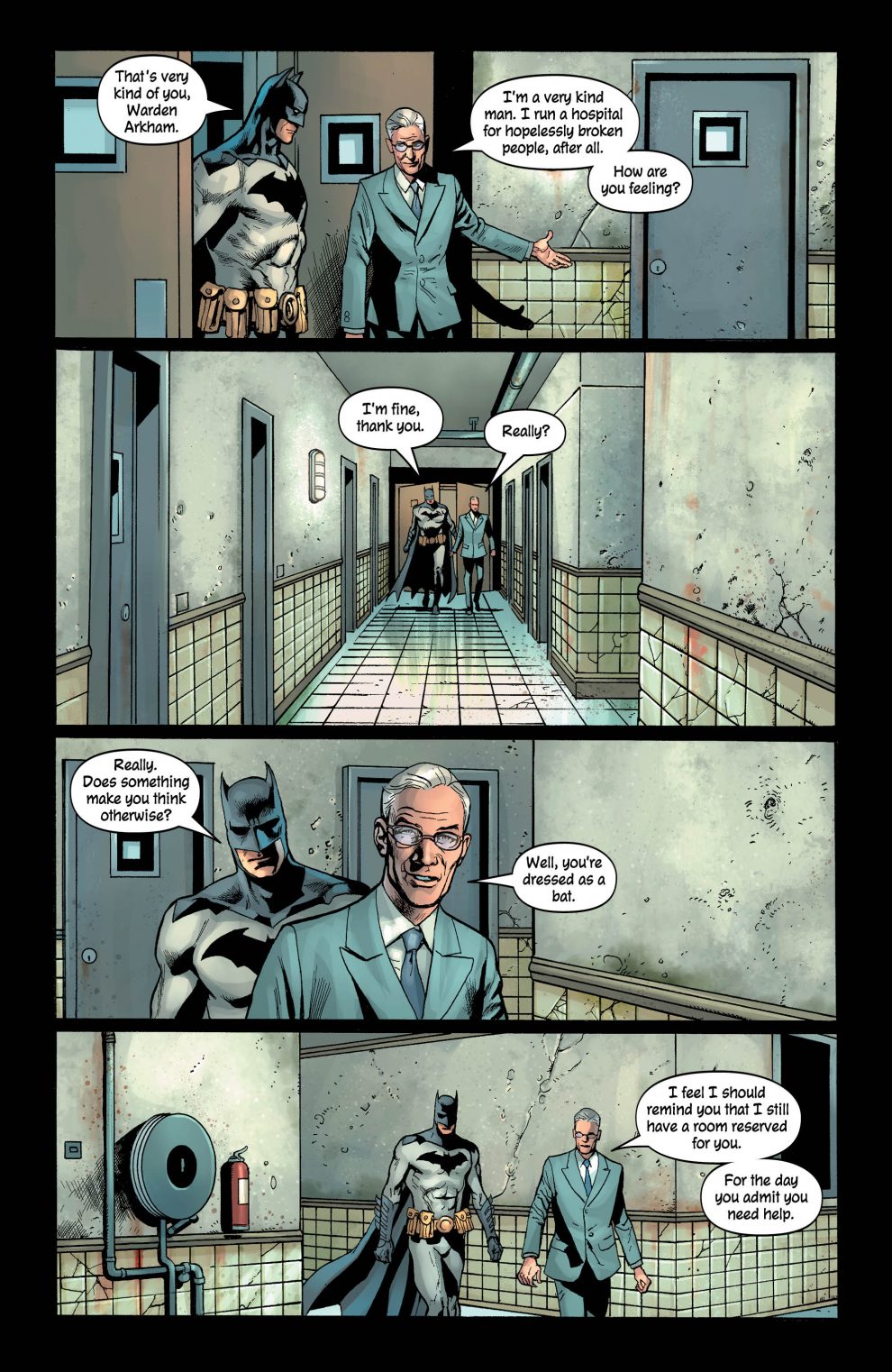 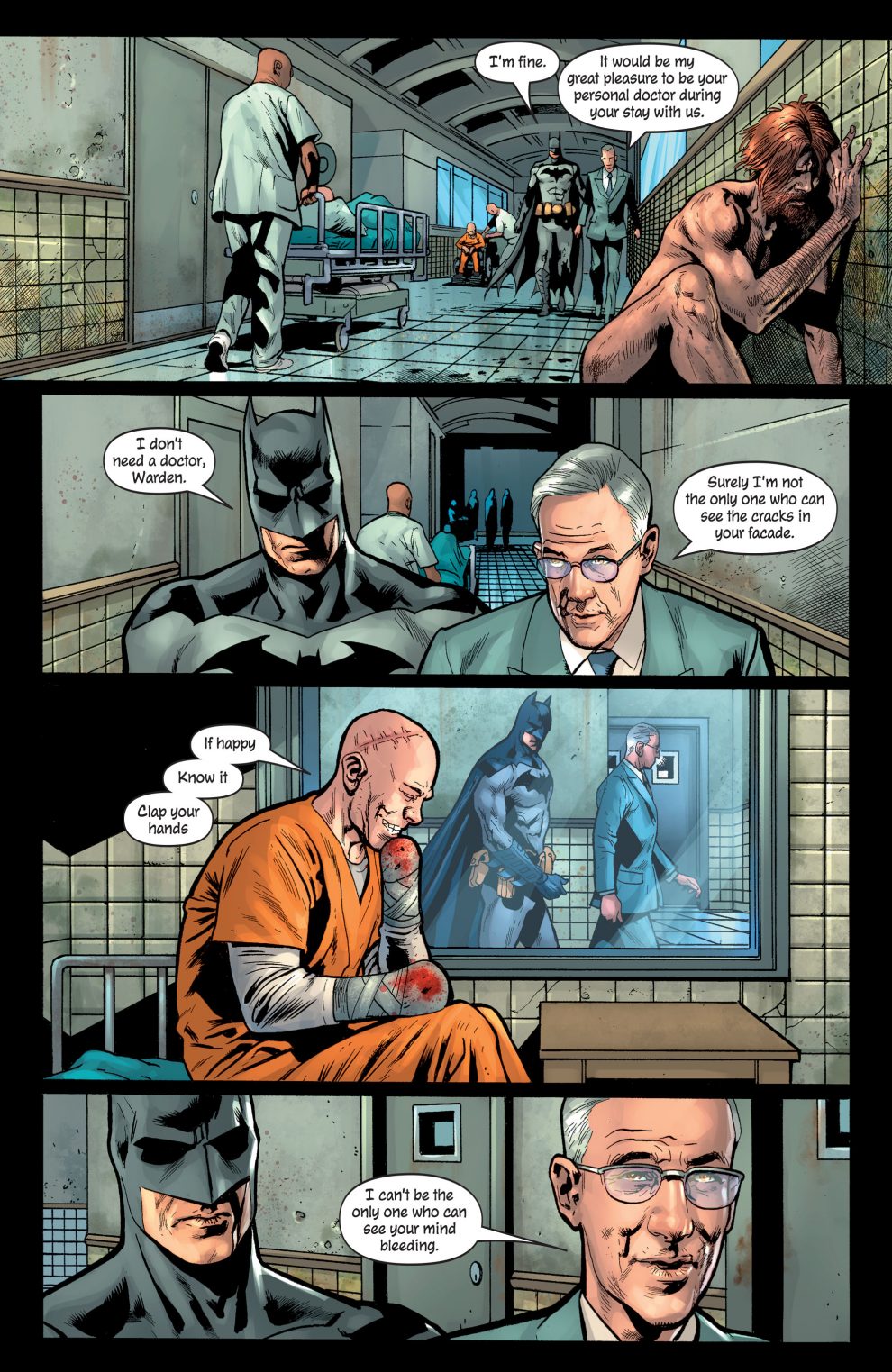 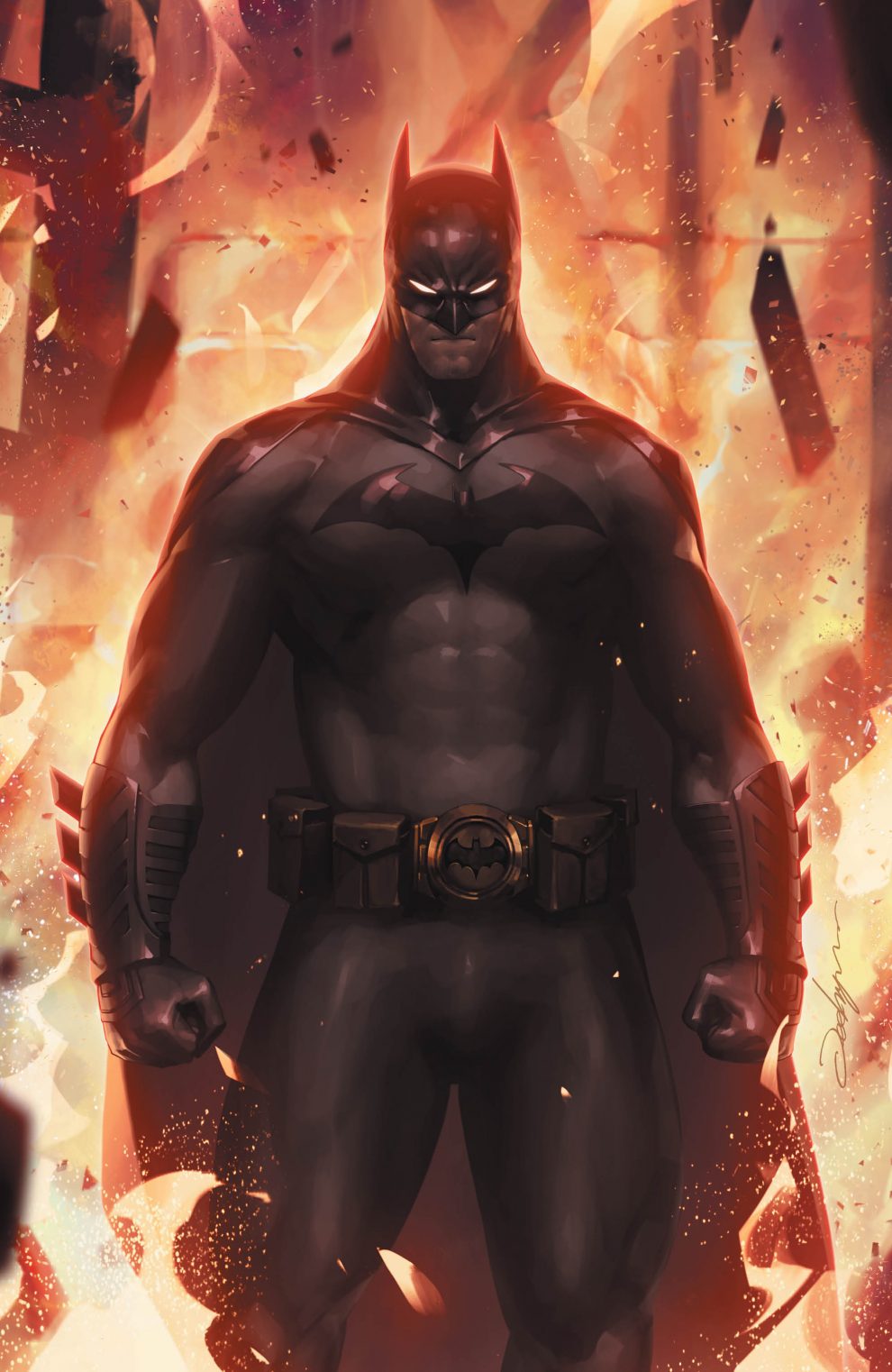 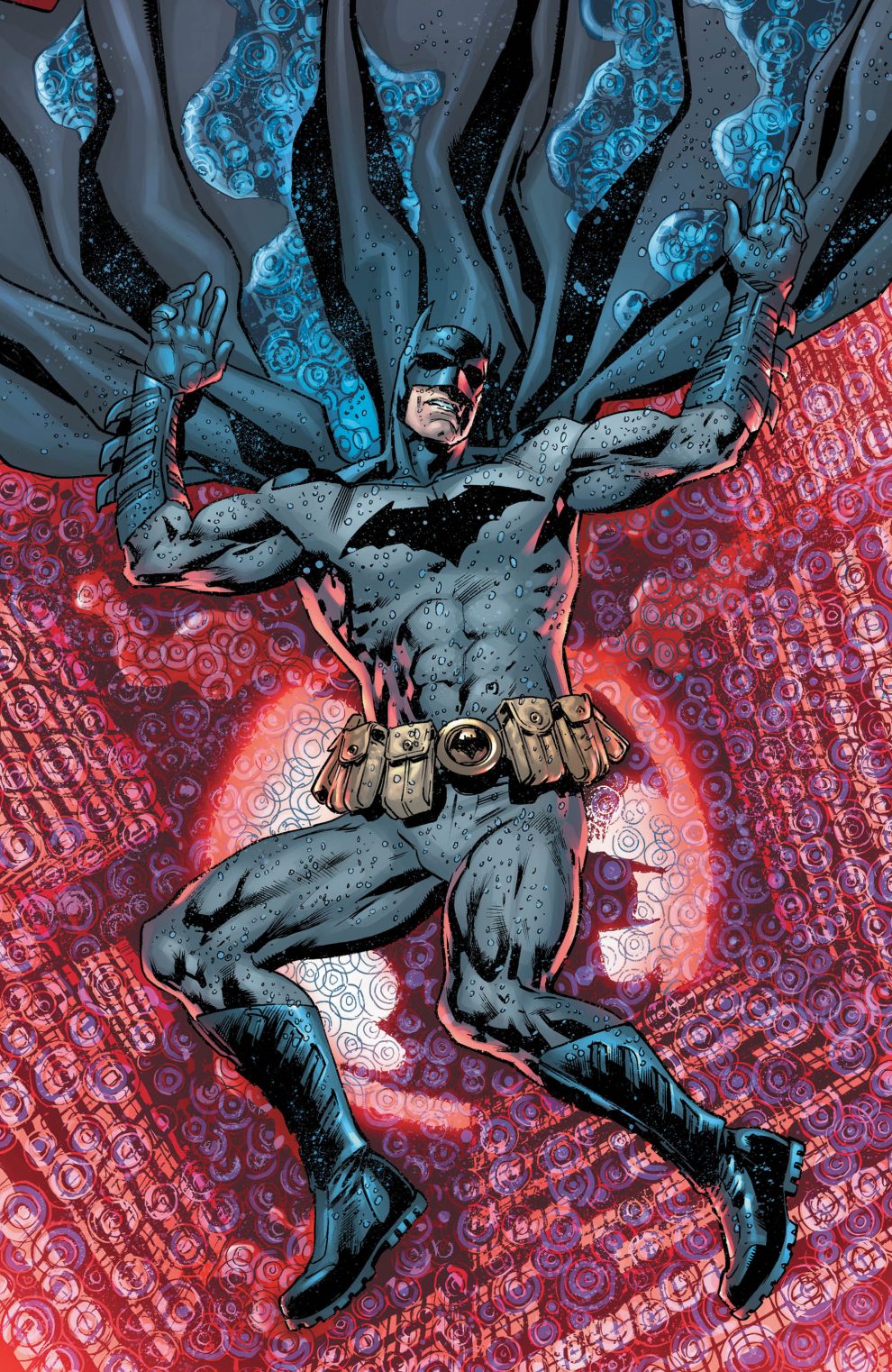 With the bizarre Flamingo making an extremely welcome return to the proceedings, it isn’t long before everybody’s favourite Art Garfunkel lookalike and the Dark Knight get reacquainted with each other. Whilst the collision doesn’t have the smash mouth quality of the first time they met, it does serve as the catalyst for new enemies and obstacles for messrs Wayne and Gordon.
With a deck so stacked it wouldn’t be out of place at the most crooked of casinos, the stage is set for our crime fighting comrades to run one hell of a gauntlet. It follows the tried and trusted formula for this series of juxtaposing dialogue heavy passages with action sequences so vivid they almost leap right off the page.
As mentioned in my previous reviews on this title, Bryan Hitch could possibly be the very best at creating an action scene. There’s something just so absorbing about the way he frames every panel, the way he shows the impact of fist on face, and especially the way in which everything looks big. The jacked up physique of our hero, the tight close ups of characters faces as they talk, and the scenery being destroyed with every skirmish. It all looks and feels huge!  Every page is a treat to absorb, a real explosion of color and energy.

Another hugely enjoyable issue, The Batman’s Grave #5 is consistent with the preceding four issues. A perfect storm of mystery and fisticuffs, humour and straight talking, it really does cover all the bases. Ellis’ take on the Batman as a kickass yet articulate and erudite chap feels just right and proves his affection for the character. Ending this issue with an event that makes issue 6 even more of a must have is a smart move indeed, as we should all now be on the hook for next month’s release. We need it now!