Review: Harley Quinn And The Birds Of Prey #1 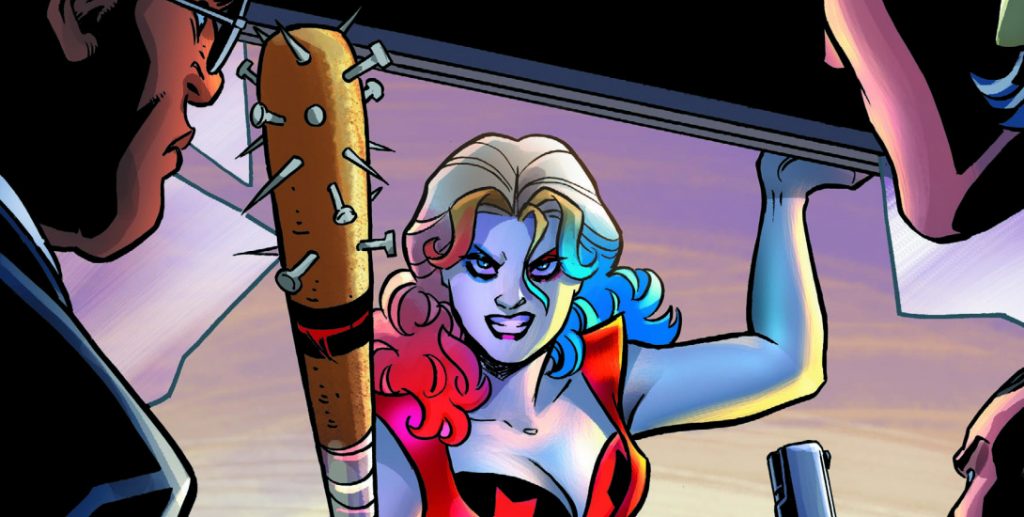 "No Sleep 'Til Gotham" 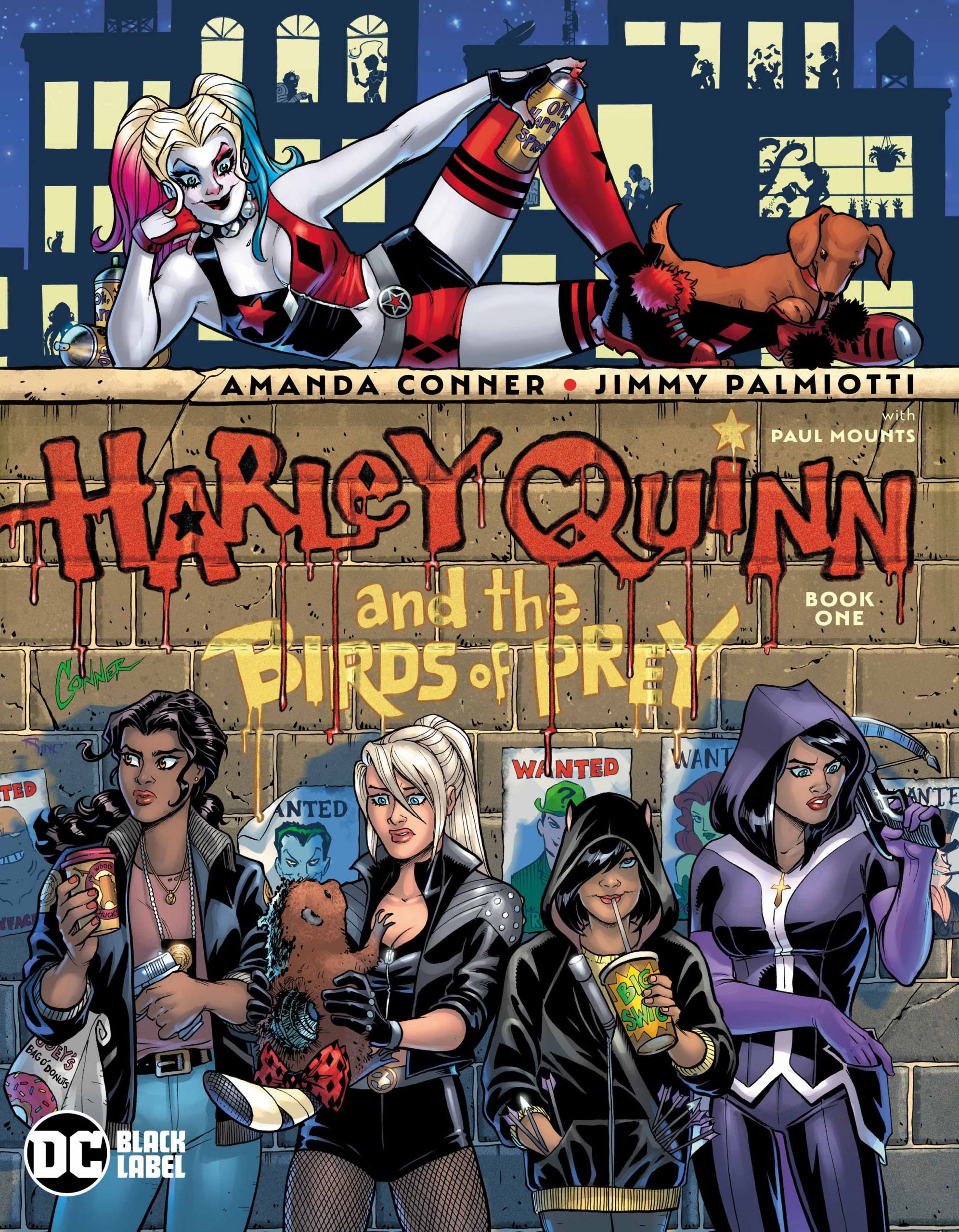 It Was Only Just A Dream

Harley Quinn and The Birds Of Prey #1 comes to us shortly after the release of the movie. What’s wonderful is that both comic and the film involve Amanda Conner and Jimmy Palmiotti. I was so excited to see the two takes involving these characters. I loved the emancipation of Harley Quinn on the scene, let’s see what happens with the comics, shall we?
Now, please remember that these characters are not new to this creative team, as both Amanda and Jimmy helped give us the Harley we now know, and were involved with giving us the movie we got to enjoy as well. My expectations for this new Harley Quinn and The Birds of Prey series were high as soon as I heard that it was coming. Let’s dive in!

We join Harley Quinn in the premiere issue by diving into one of her hilarious dreams. It’s a pretty sweet one. Harl, Poison Ivy, and Red Tool have Superman waiting on them as their personal cabana boy. Supes is bending to their will because only they know where the poor kidnapped Jimmy Olsen is, but all good things must come to an end. Harl wakes up to a crowded house and we learn that a recent loan is being called in by Defoe family. These villains spare no expense when they show Harley and her gang that they’re serious about the repayment.
Harley has a plan to get them their money but this requires her to go back to Gotham. Not the safest for our girl in the least. Before leaving she makes her message to the Defoe family loud and clear, if they didn’t know of her plan to come to Gotham… they most certainly do now. Harley faces all kinds of speed-bumps and runs into familiar faces along the way, but she’s not welcome in Gotham and she’s targeted from all sides. Will some old friends be able to keep her alive when all eyes are on Harley? 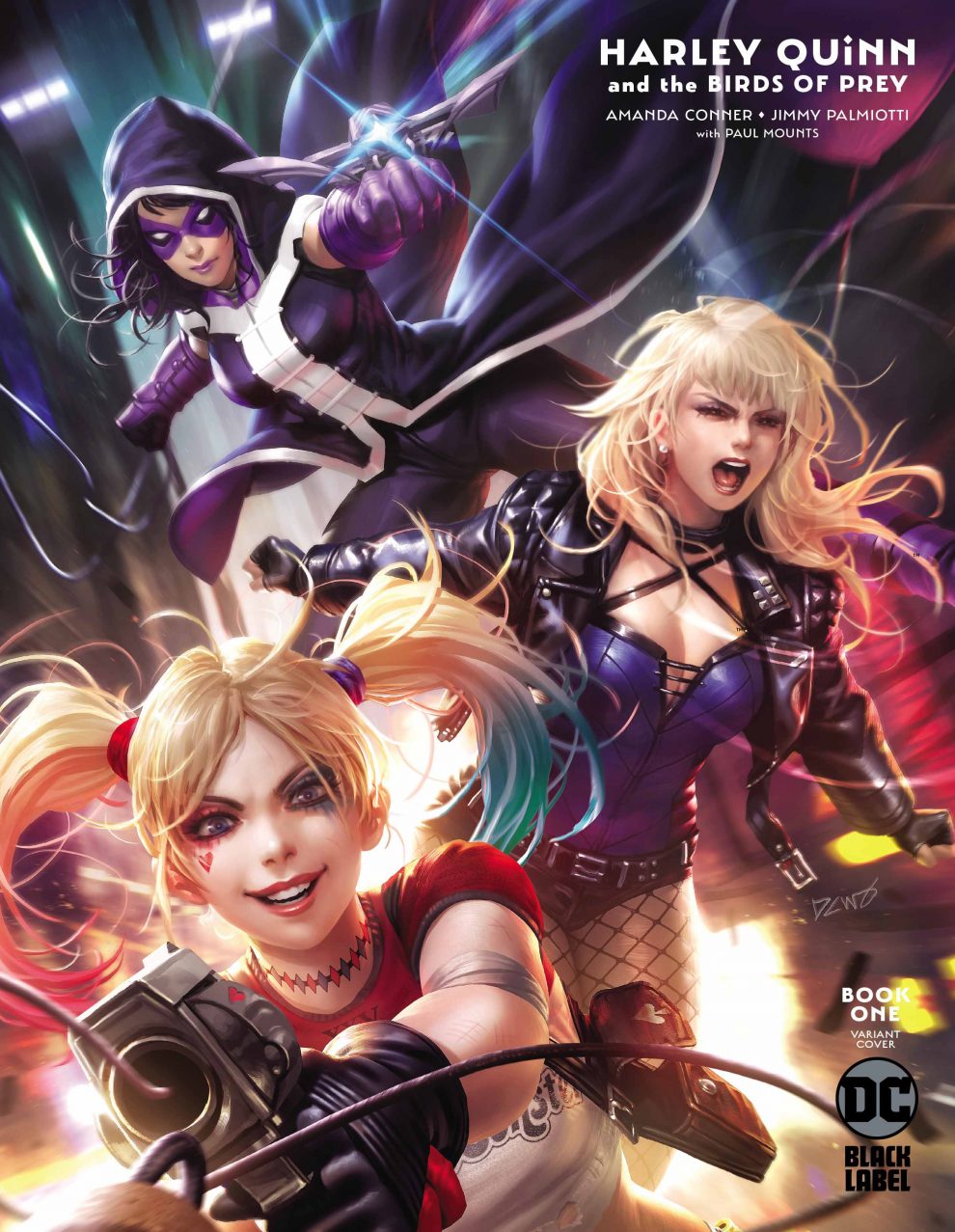 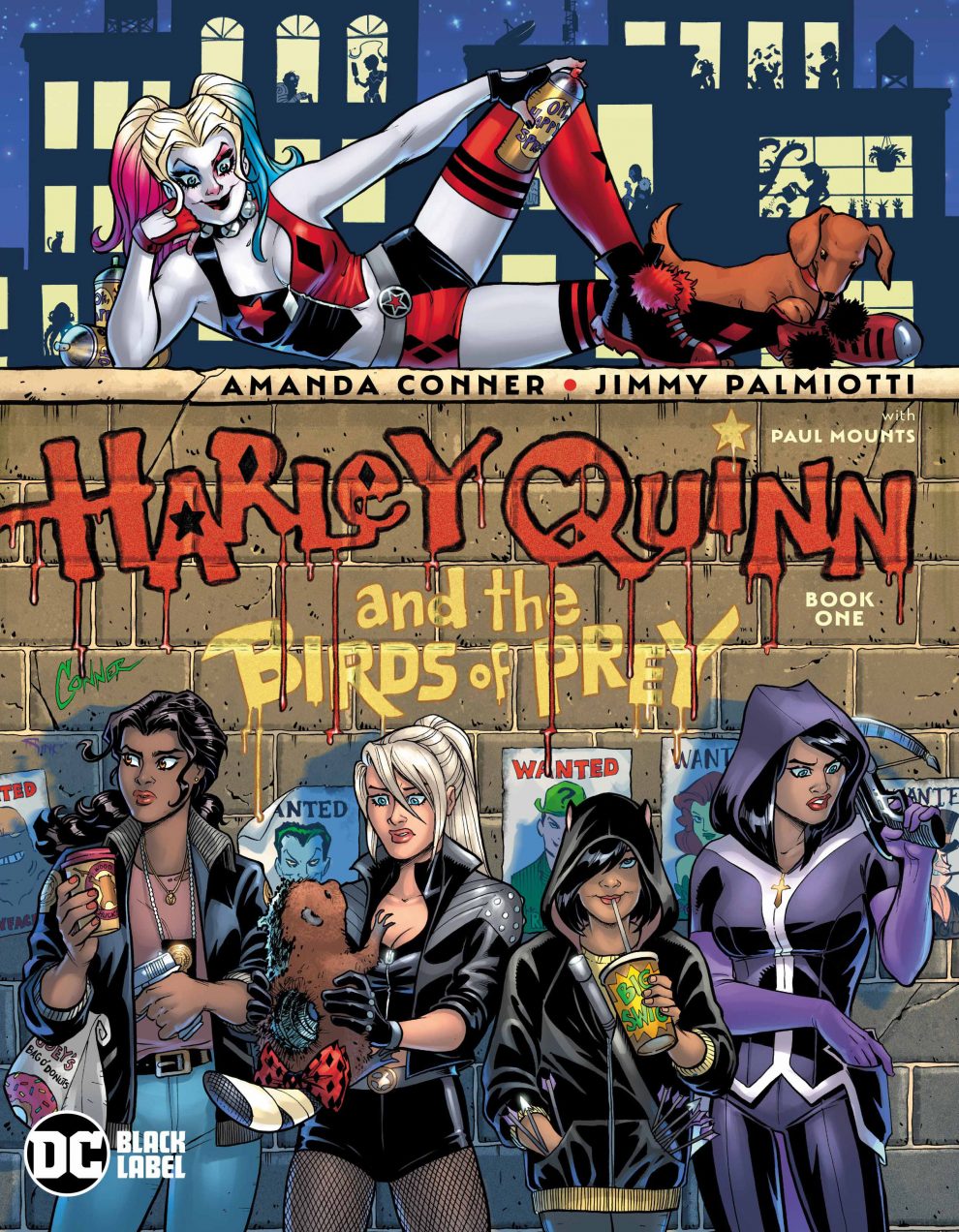 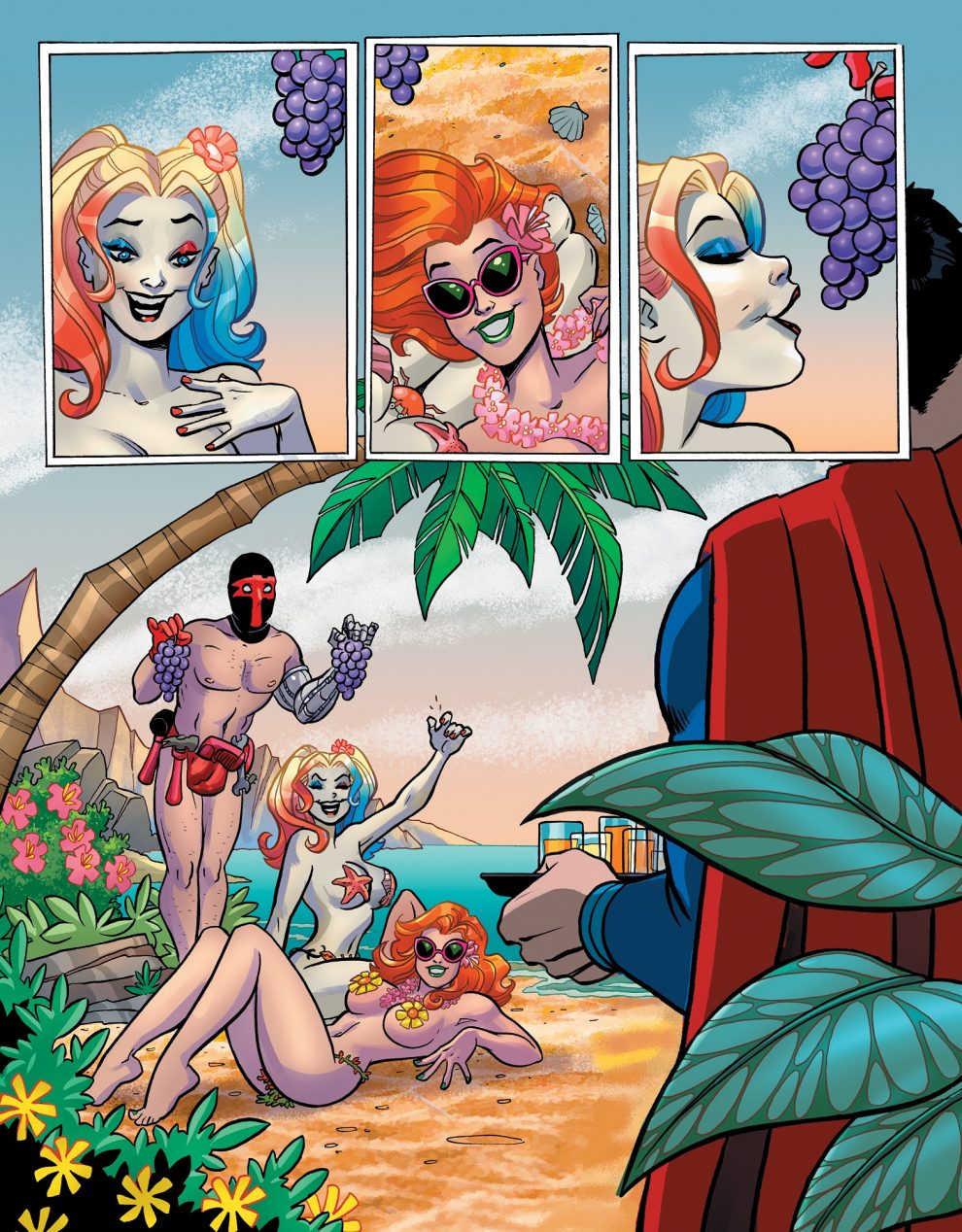 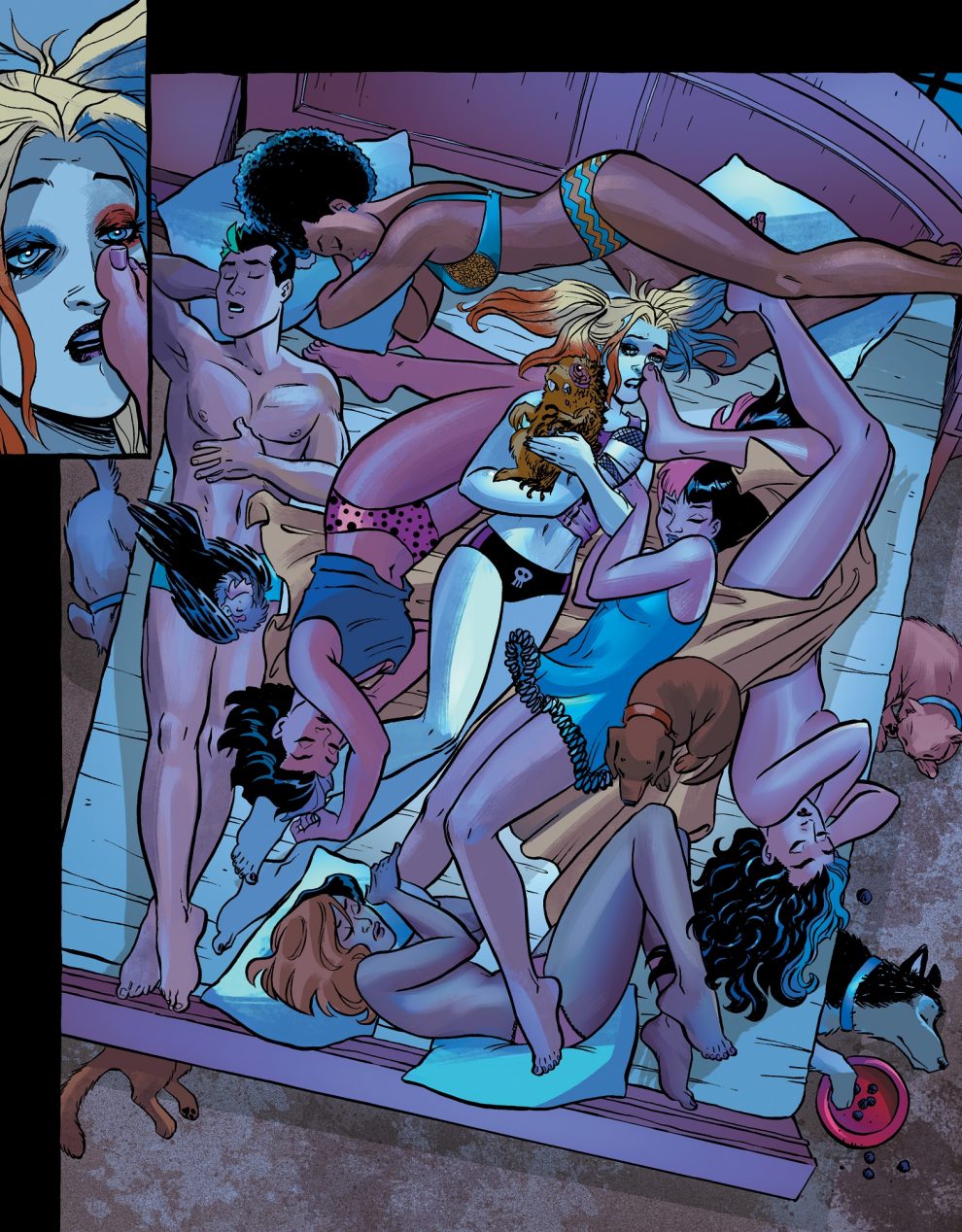 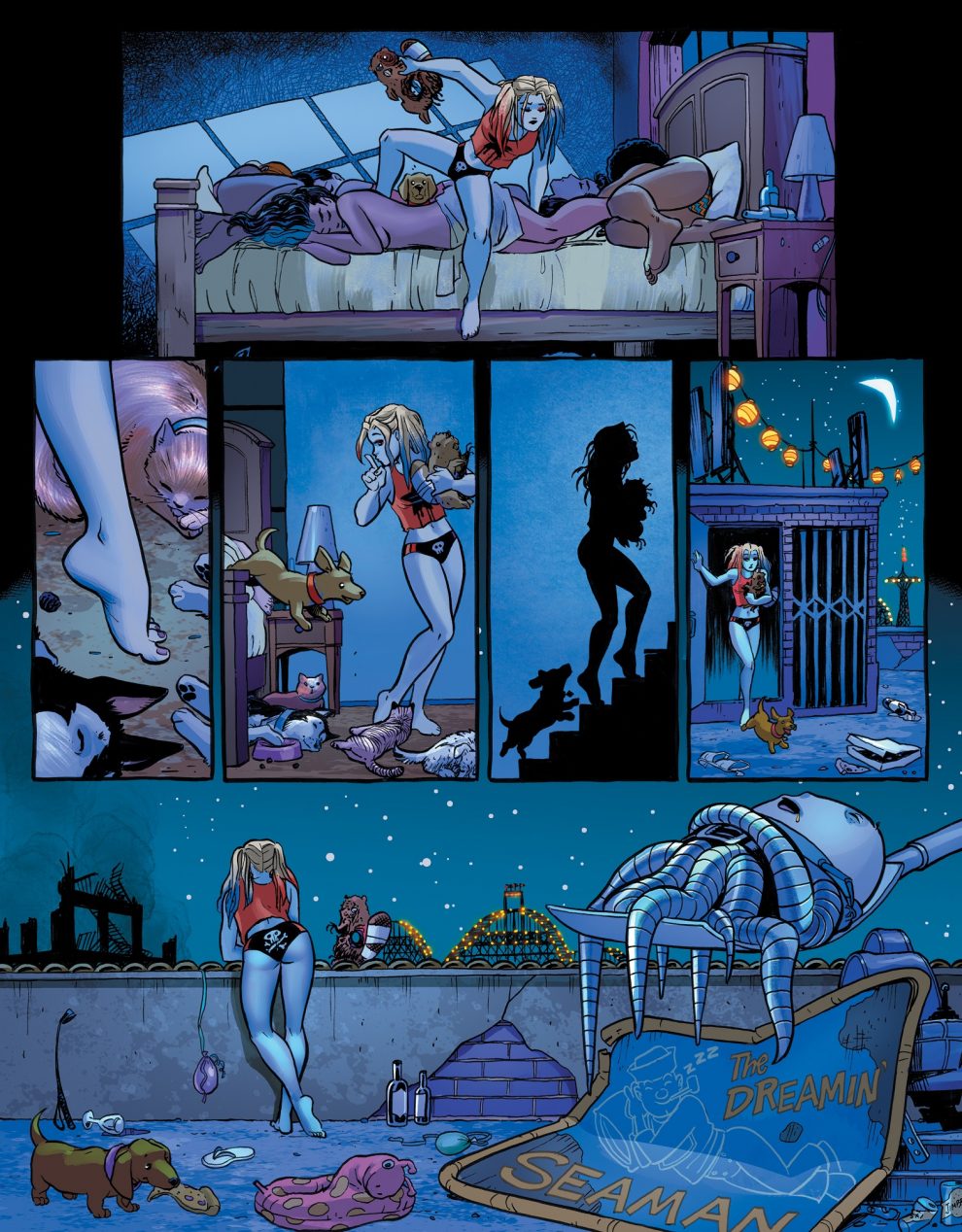 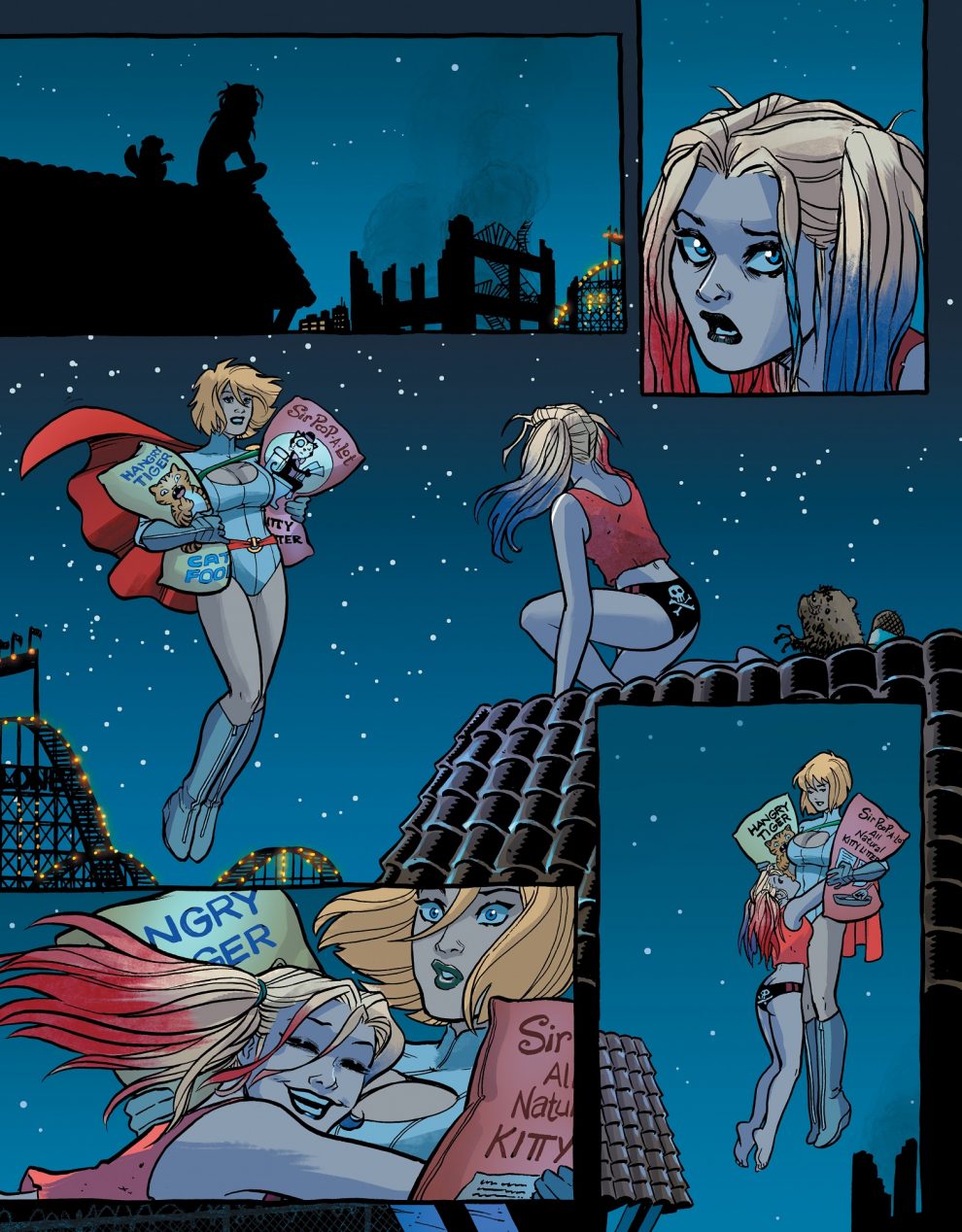 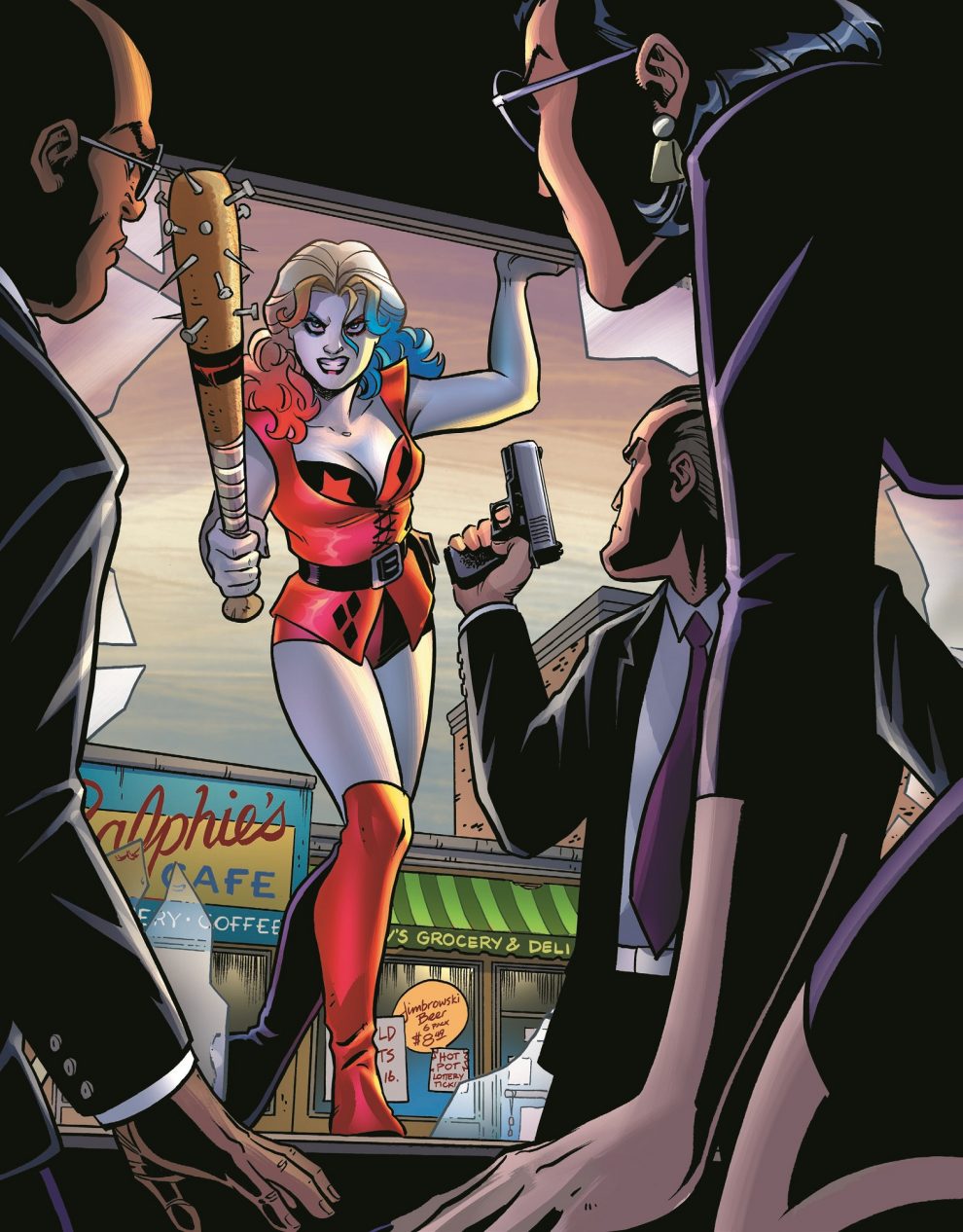 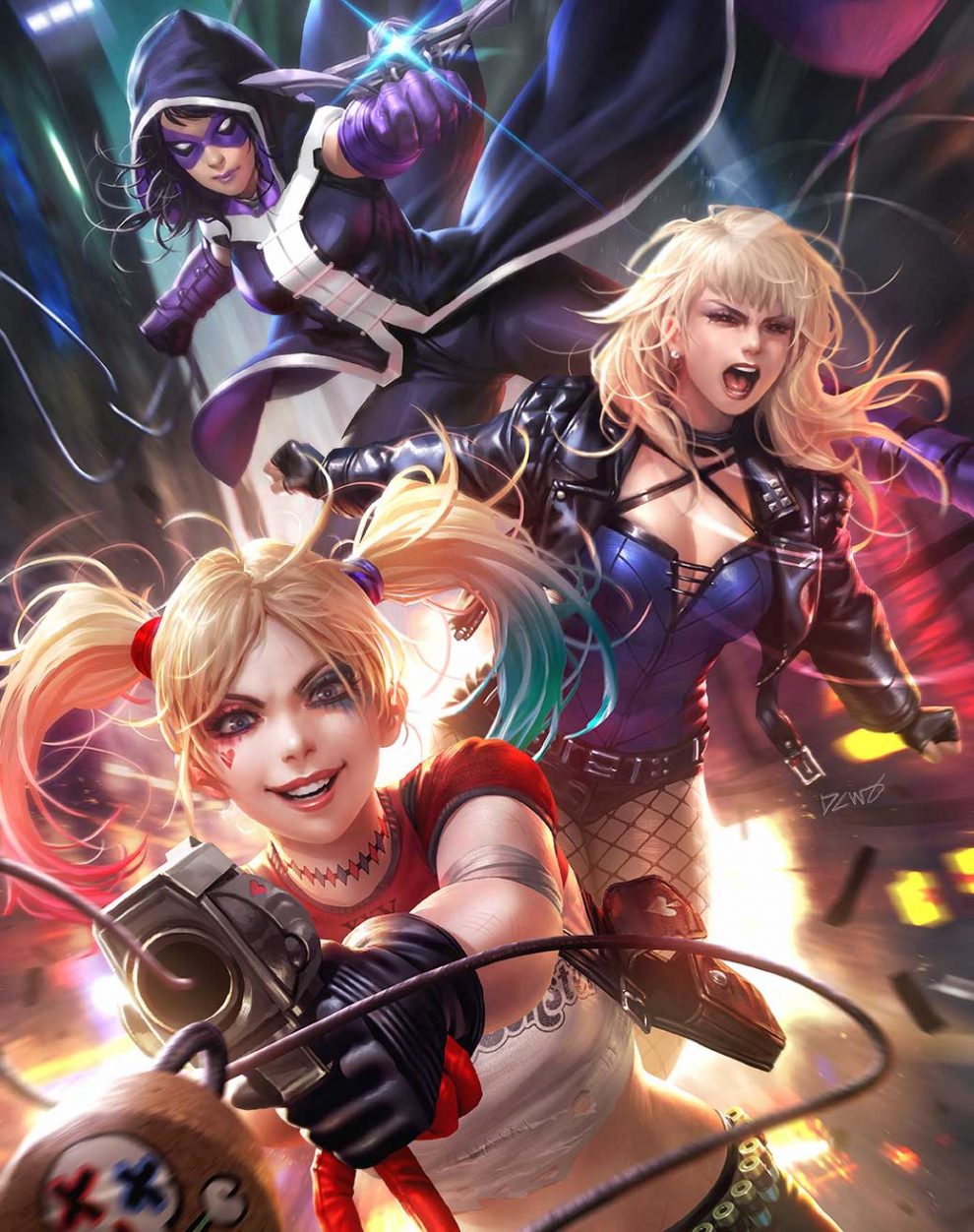 The Gang’s Getting Back Together

Amanda Conner and Jimmy Palmiotti weave a beautiful beginning to a web that’s sure to ensnare old and new readers alike. The art by Amanda and Paul Mounts is amazing and sets the mood up whether it is serious or lighthearted. Letterer John J. Hill gives his talents making the letters perfectly match the vibe of the scenes in the issue.  The passion is this issue is like a live wire and sets the bar for the following issues. We’re given hints and teases of what’s to come, but get a nice unexpected cameo too. Also, for a bonus, check out all the pop culture references, my favorite came from The Princess Bride!

I had high expectations going in, knowing where the talent on this book has been and what they’re capable of. Amanda and Jimmy helped to shape the Harley that, not only brought me back into comics, but renewed my love for a character who has grown leaps and bounds since her disposable sidekick days. They have, with their team, done these characters justice so far and I’m so excited to experience all that’s still to come.
Harley Quinn and The Birds of Prey #1 gives an amazing first step... a taster. I look forward to devouring this series whole and being satisfied and happy along the way.