Review: The Question: The Deaths Of Vic Sage #1 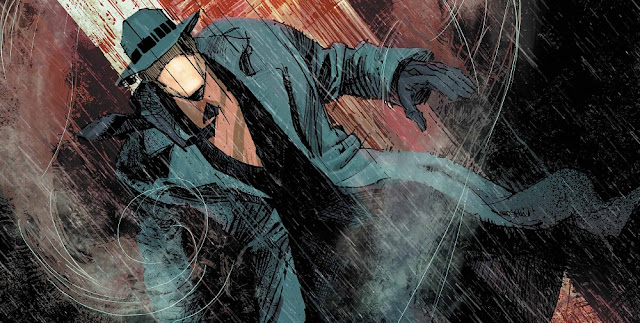 "The Deaths of Vic Sage" - Book One 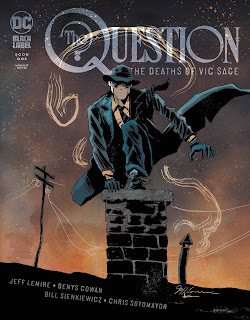 Striking The Band Back Up

The Question: The Deaths Of Vic Sage #1 is special. Why? Let me try to explain. Imagine having a dream team of artists and writers working on a beloved character. Now imagine that that team has no restraints or rules on what to do with the character or restrictions on where the story might go. The team is able to tell a visceral human tale with no guarantee of any kind, least of all a happy ending.

Learning that Jeff Lemire was taking the reins on the reboot of The Question in a Black Label atmosphere already grabbed my interest. Discovering that coming along with him were legendary artists Denys Cowan and Bill Sienkiewicz, from the original launch of The Question, was mind-blowing and made reading this book all the more exciting. A perfect set of circumstances was achieved with the addition of Chris Sotomayor and Willie Schubert rounding out the team.

With that said, let's dive into the meat of The Question: The Deaths Of Vic Sage #1.

A Change In Approach

Right from book one, we find familiarity instantly. A man trying to do his best to save his city. Hub City. Doing what he can to clear away the filth and the unjust. However, he has changed his way of dealing with the scourge of his city. Whether because of stress, disappointment, aimlessness, or even just the feeling of being unappreciated is anyone's best guess.

We as readers get to see clearly both sides of Vic Sage. Faceless as The Question, with a strict moral unyielding compass, or as Vic Sage, The hard-line, no-nonsense investigative journalist on his TV show. He has his sights currently set square on the corrupt Mayor Fermin, who he holds accountable as a secret crime-boss.

In Vic's eyes, there's wrong and there's right, and no middle ground, not even old friendships matter when trying to maintain this fragile balance. Vic finds himself caught up in a mystery that leaves him speechless and with no way to explain it. He's usually the one with the questions, so he's left understandably shaken... especially when he finds himself standing over his own grave. 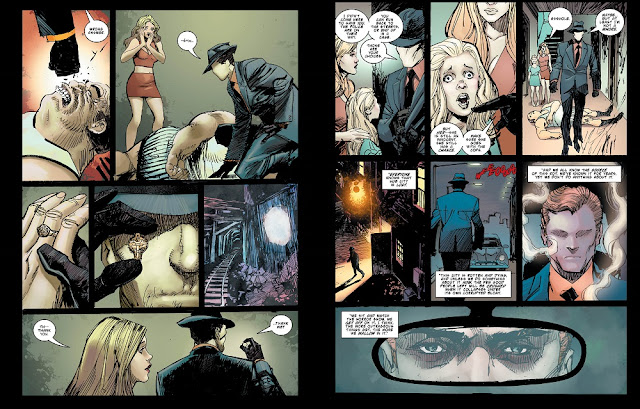 The Gang's All Here

I was first introduced to Jeff Lemire's writing with Black Hammer and Black Hammer Vs The Justice League. He certainly knows his craft and, given the long list of titles he's worked on, he was the perfect choice for Vic Sage. As an added bonus we get his artwork on the variant cover and it's sublime!

Much to any comic fans delight, we get not only one member of comic royalty but two, with Denys Cowan and Bill Sienkiewicz. Both these gentlemen have illustrious resumes and to have these two astounding talents back for this iteration of The Question is real-life magic at work. Their work together brings the nostalgic feel of the book right back.

The team is rounded off by Chris Sotomayor, bringing his immense talents with the colors on this book, and Willie Schubert setting the mood with his lettering in a way that made the narrative not only stand out, but draw you in.

With this dream team, the book is not only pushing boundaries, but surpassing all expectations. 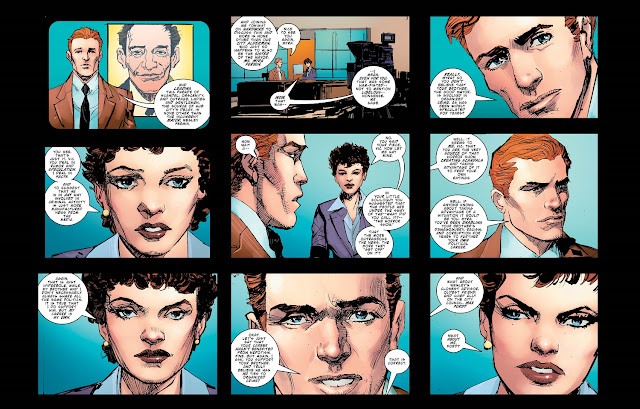 I went in with excitement for what The Question: The Deaths Of Vic Sage #1 would give. Given everyone who came together for this saga, this first issue just whets the appetite enough. It's a delightful tease, and it drives us to want more of this gritty and sometimes cruel world.

The Question: Deaths Of Vic Sage #1 gives us an unexpected beginning, and I'm sure the rest of the tale will continue to impress and enthral readers as the story goes on. Together, these are men that build worlds and I cannot wait to see the rest of what they've made for us.