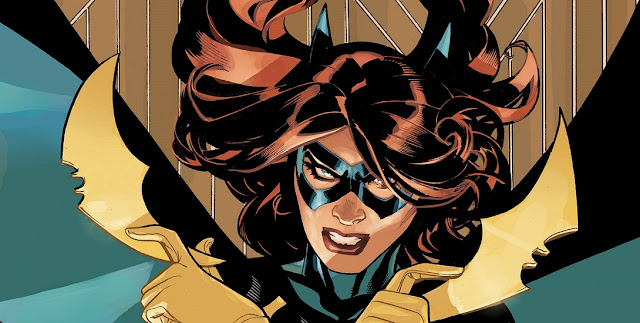 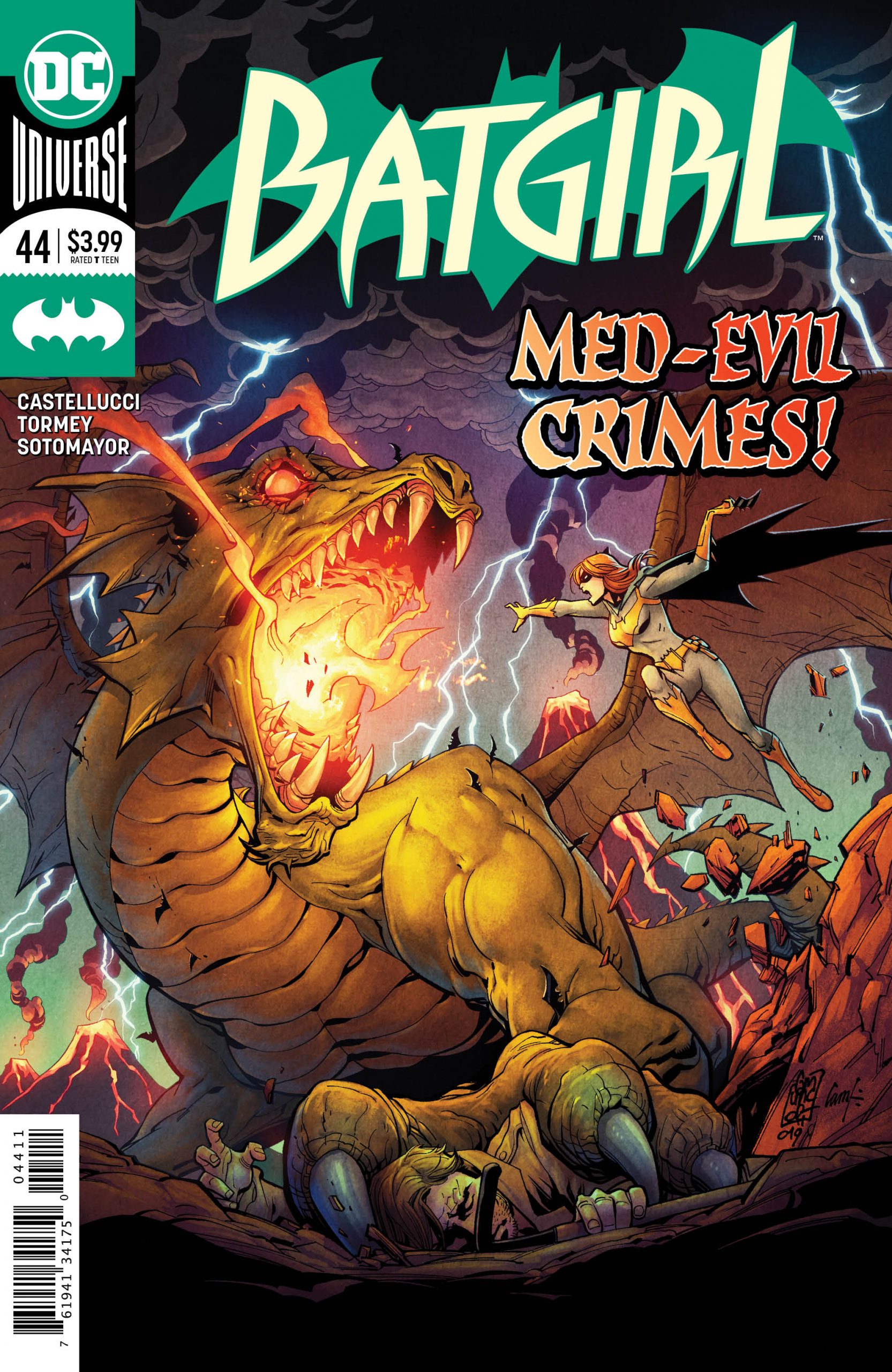 Who remembers a dragon? Ah, yes… Batgirl got herself into a little bit of trouble the last time we checked in on her. It seems like Babs has walked into fantasy land with no way out. Will Batgirl and Jason Baird be able to defeat the dragon? Or will their inner beasts stop them just short of the killing blow? Find out in Batgirl #44!

Is Love the most powerful weapon?

Okay Cecil, I see you. There’s been a sudden step up in the plot and writing game in Batgirl #44. Castellucci has hit her stride. She must’ve just needed something a little bit more fantastical to sink her teeth into. Portals into fantasy books and fighting a dragon made from thin air, Batgirl has seen a lot of things in her career as a hero, so dealing with a dragon in a fantasy land should be just another Tuesday.
Castellucci has thrown a lot at our heroine over the past couple of issues, but she writes Batgirl so well that there hasn’t really been a moment when Barbara hasn’t acted true to character. Not only do we get a strong inner monologue from her this month,  but we see the other characters written with strong emotions coming at us left, right, and centre. There are several moments in Batgirl #44 where Cecil makes you feel love and warmth, then snaps you right back to the dragon infested reality of right now. That harsh juxtaposition of emotions really gives you whiplash in this issue. 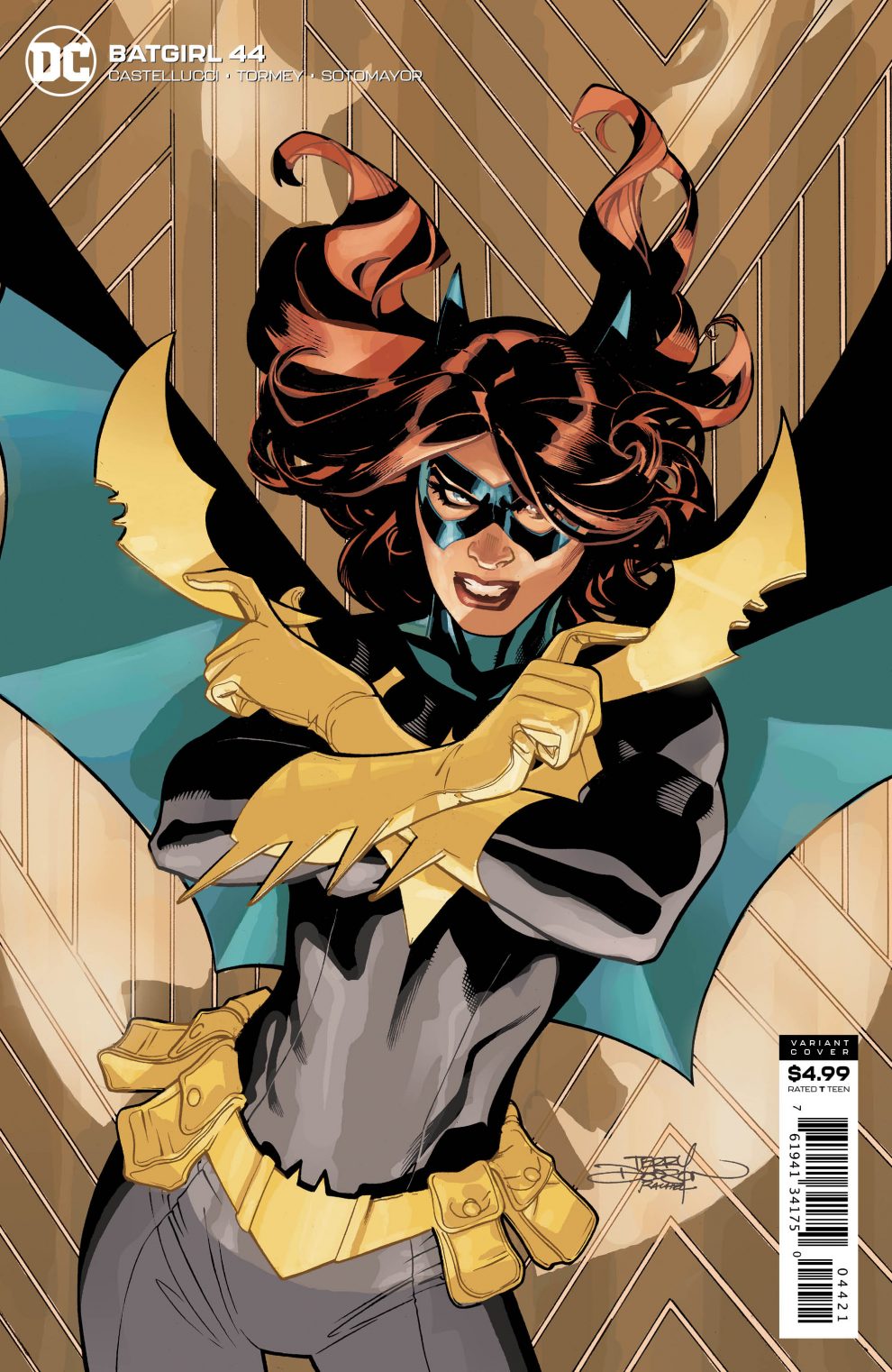 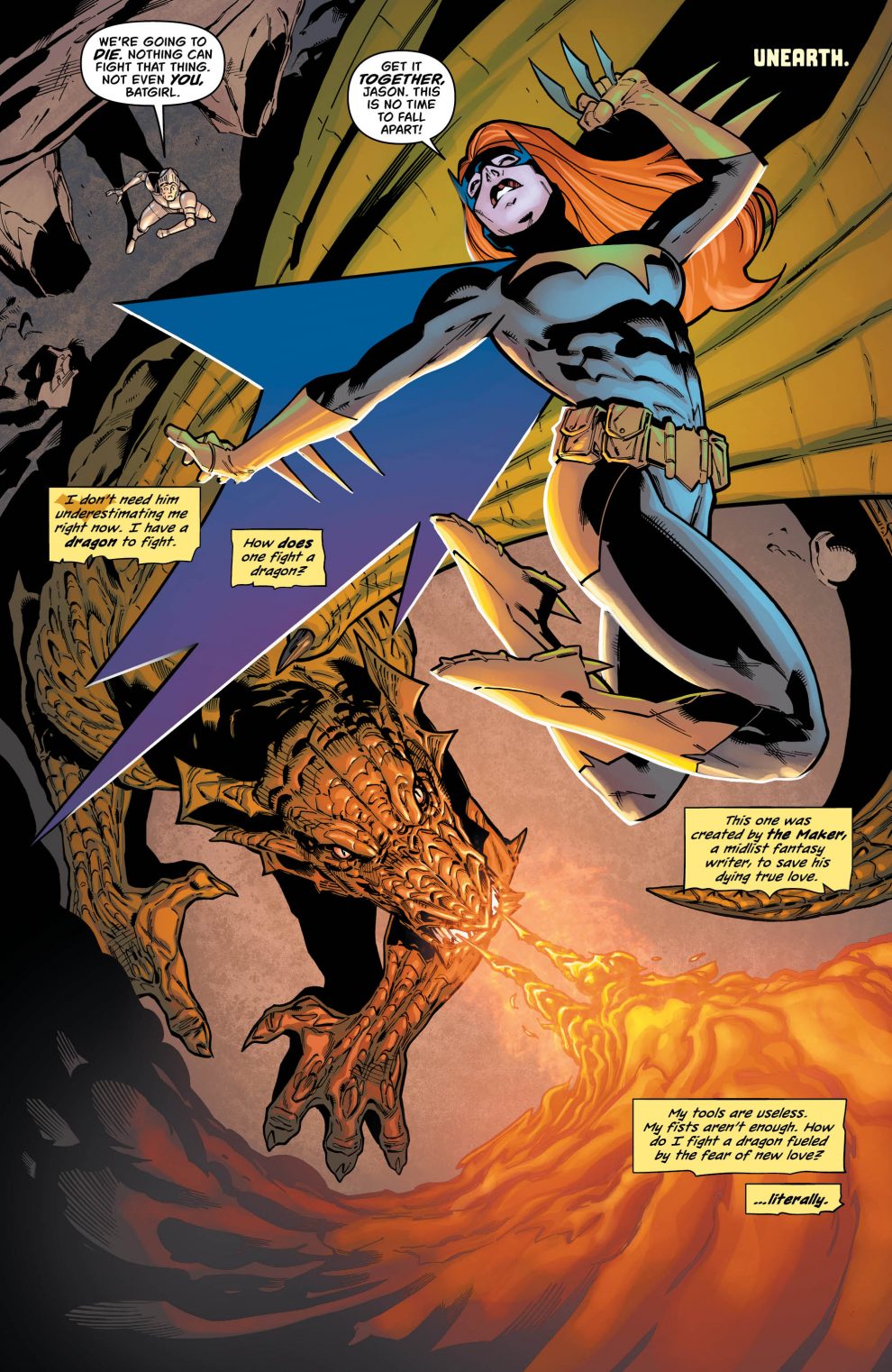 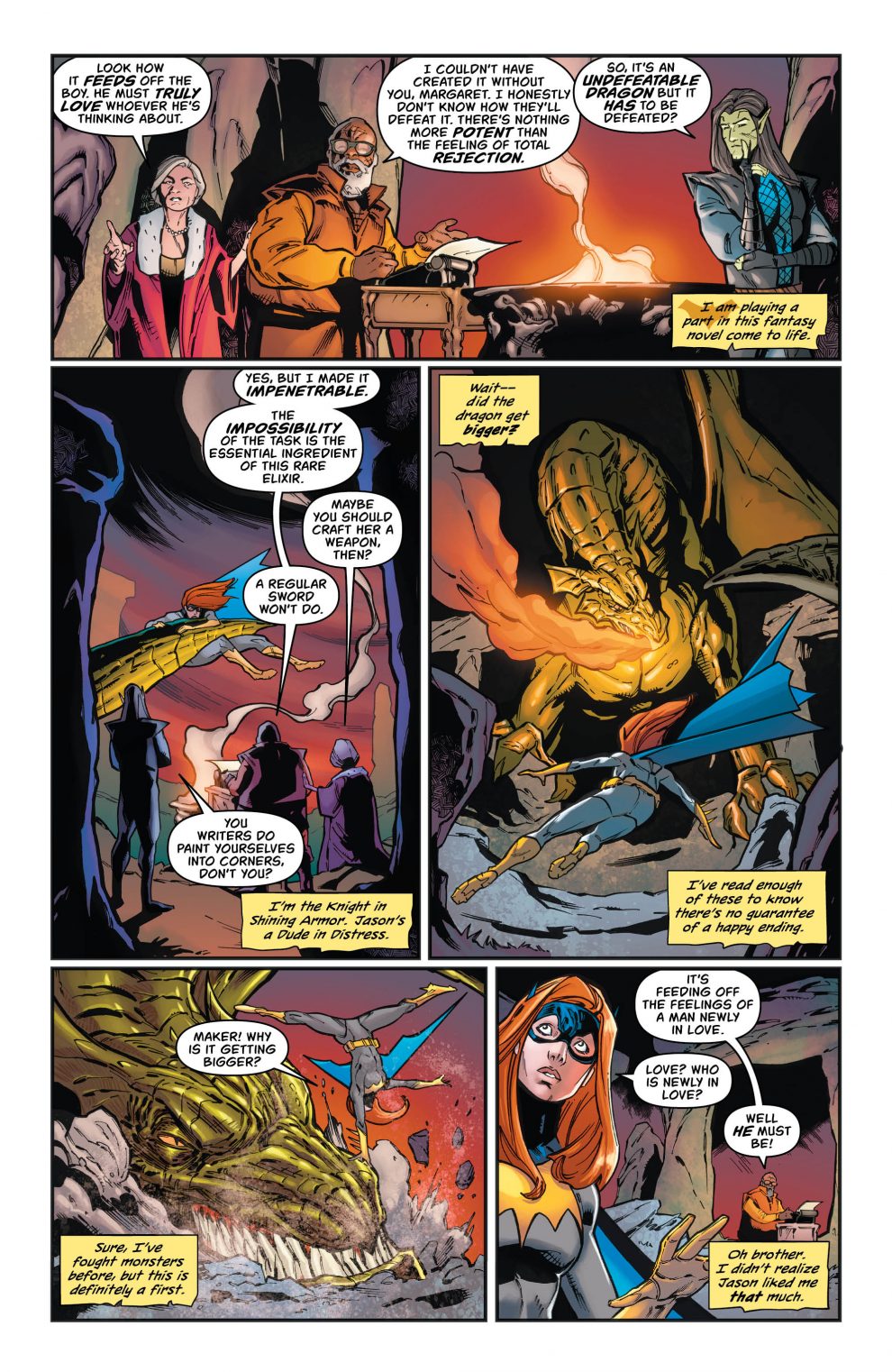 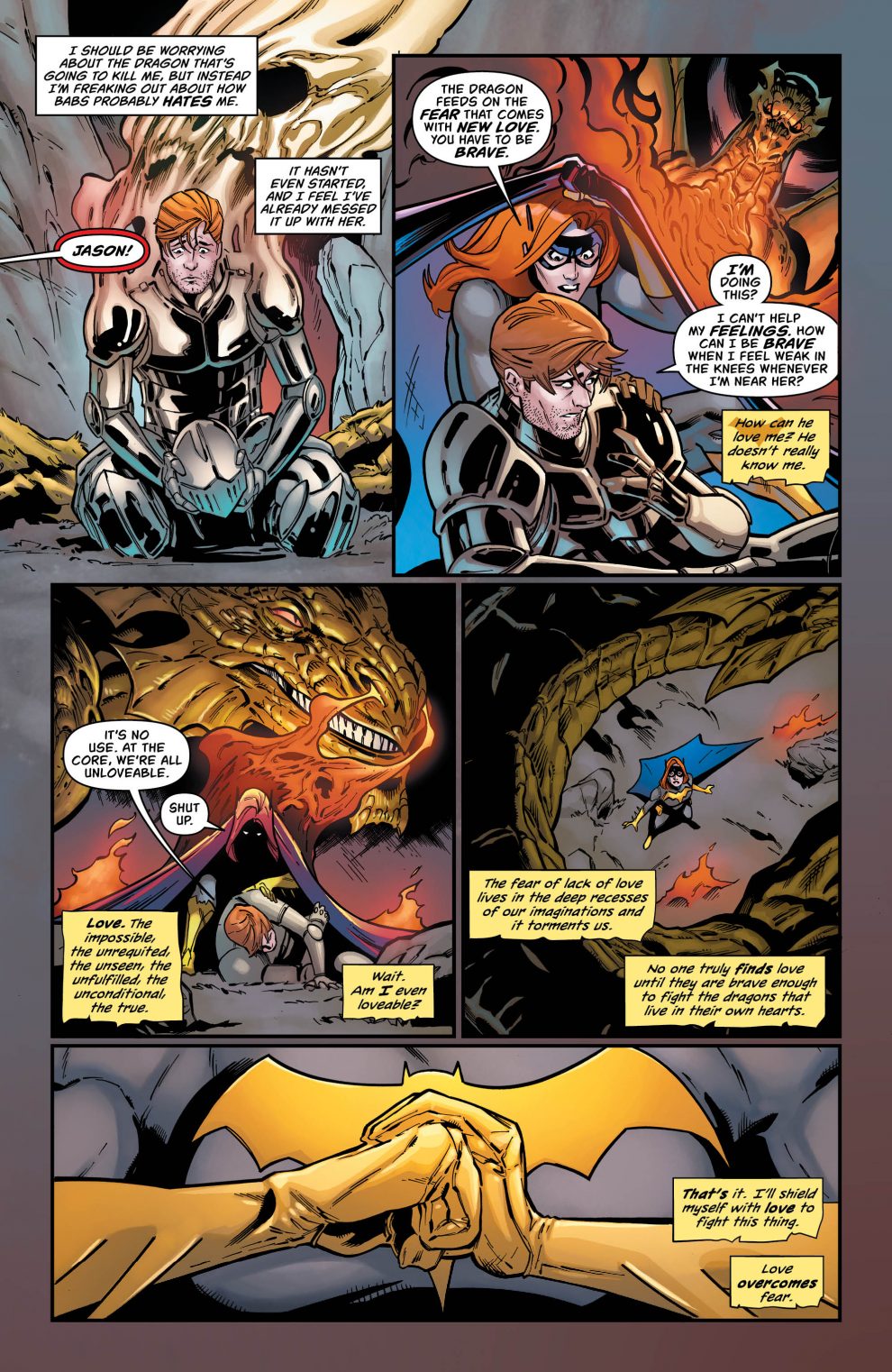 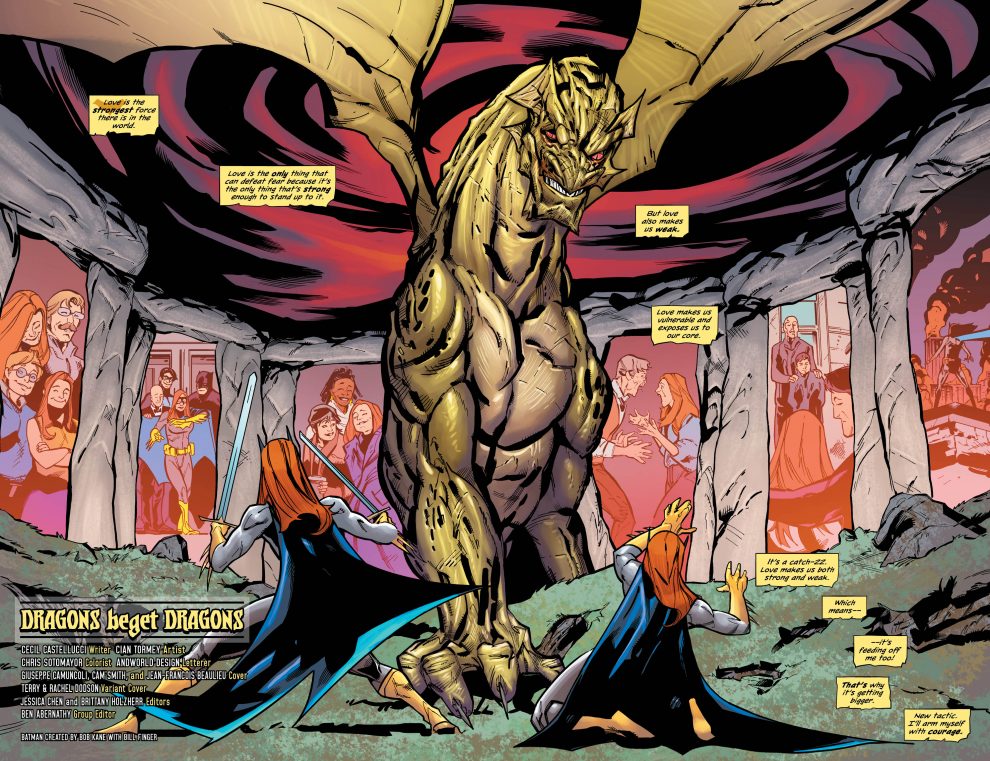 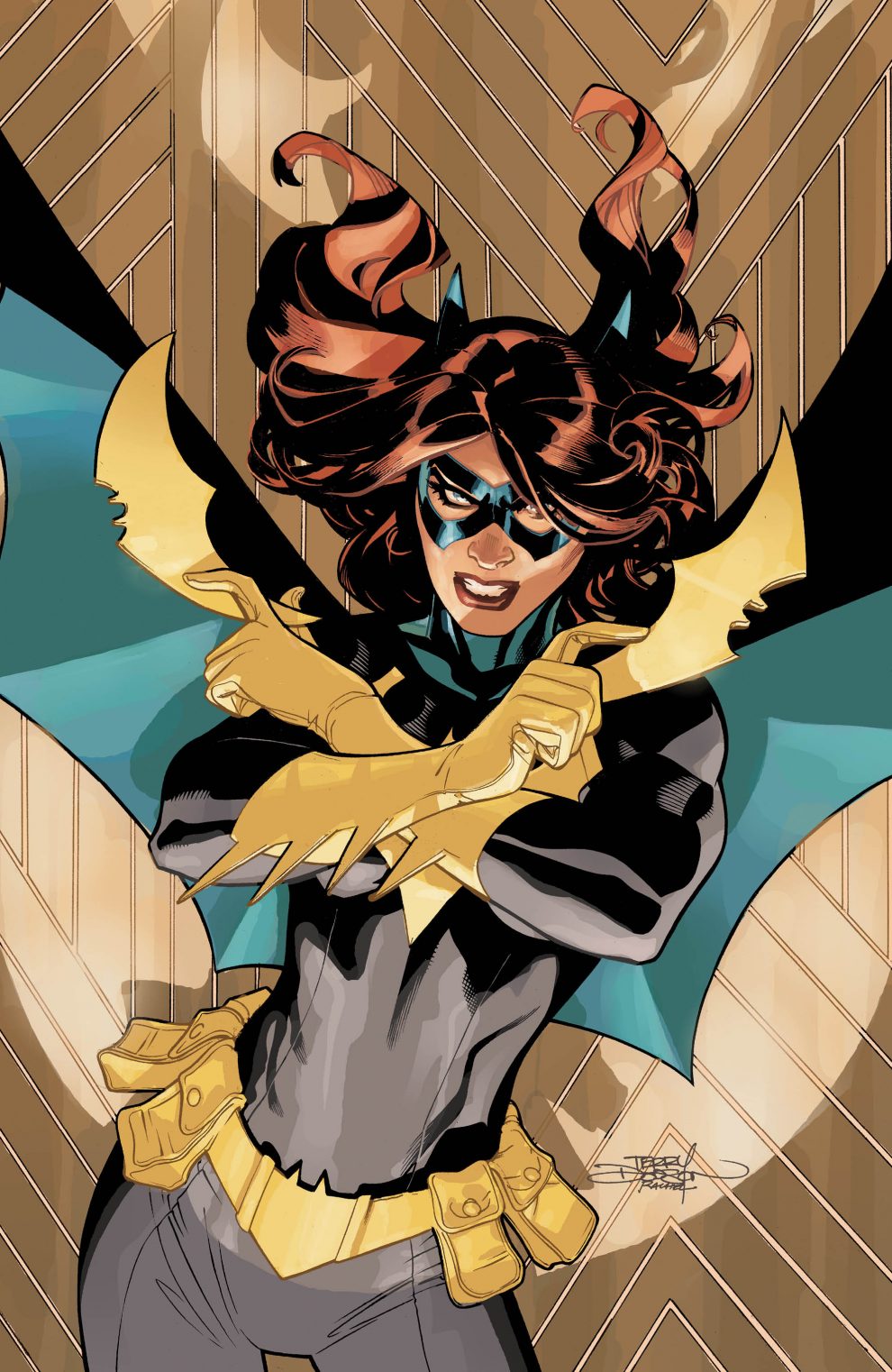 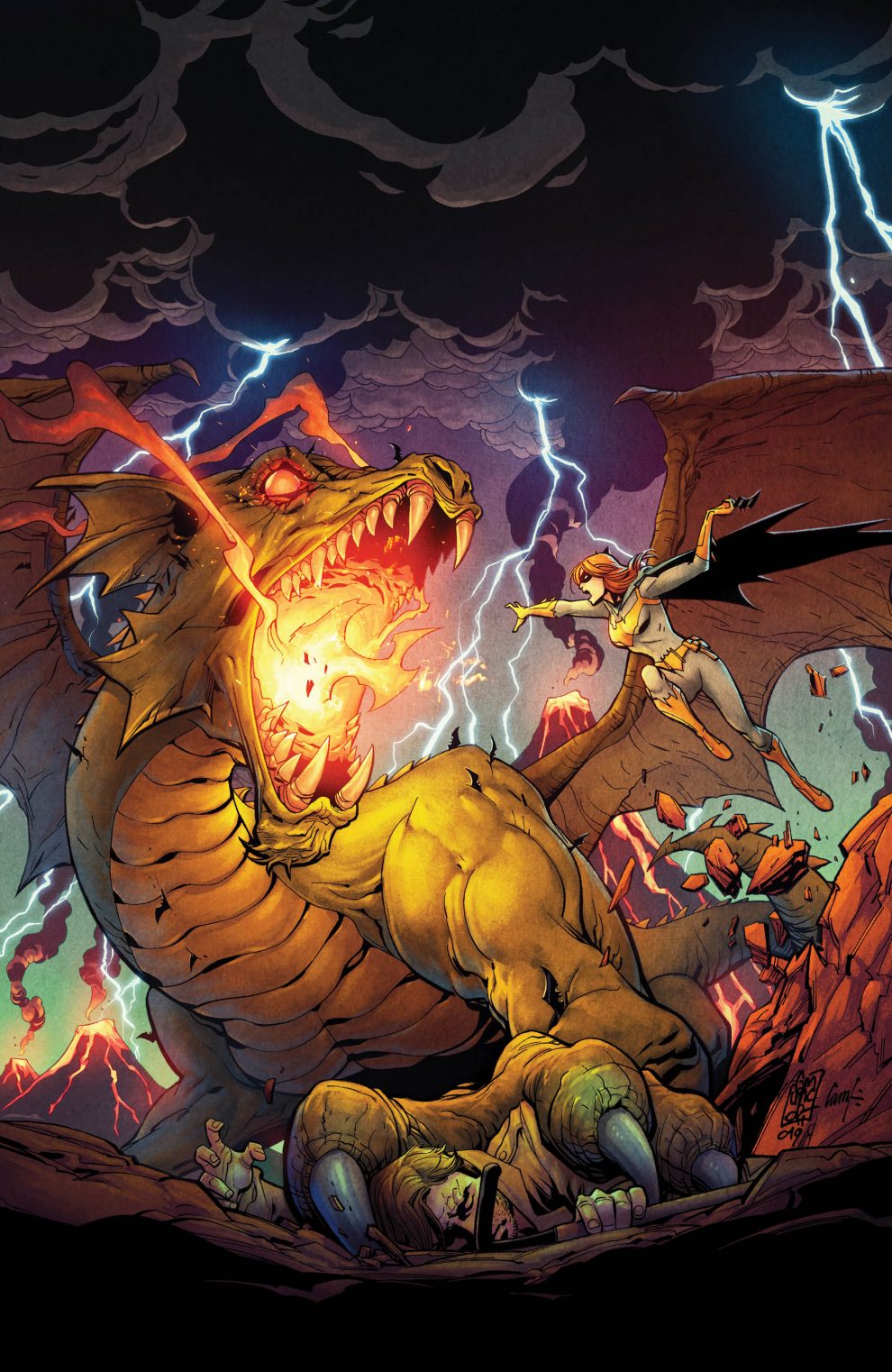 The artistic team on Batgirl  #44 is really pushing the limit on awesome. I mean, they they give you some real dragon power in this issue. Someone must have played a few Dungeons and Dragons games, or at least looked at some artwork, as I get some serious D&D vibes from this beast. Cian Tormey and Chris Sotomayor make a sharp team, as the colors and shadow used when Batgirl and Jason Baird are fighting the dragon are amazing. I loved all of the creative ways Batgirl tries to weaken the monster.

Yes. Dragons. Fantasy. Batgirl. This is what I didn’t know I needed in my life. There was a great plot point in this issue, and we really see Jason and Batgirl work together to find out what love really means. Cecil Castellucci has given us a little something to look forward to in the next issue of Batgirl., and there are so many different ways we could end up going with this fantasy based story and. I can’t wait to find out what happens next!