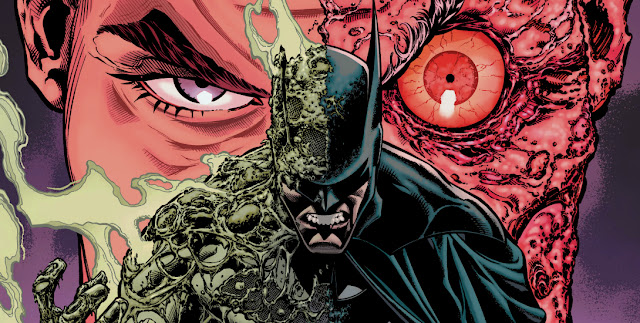 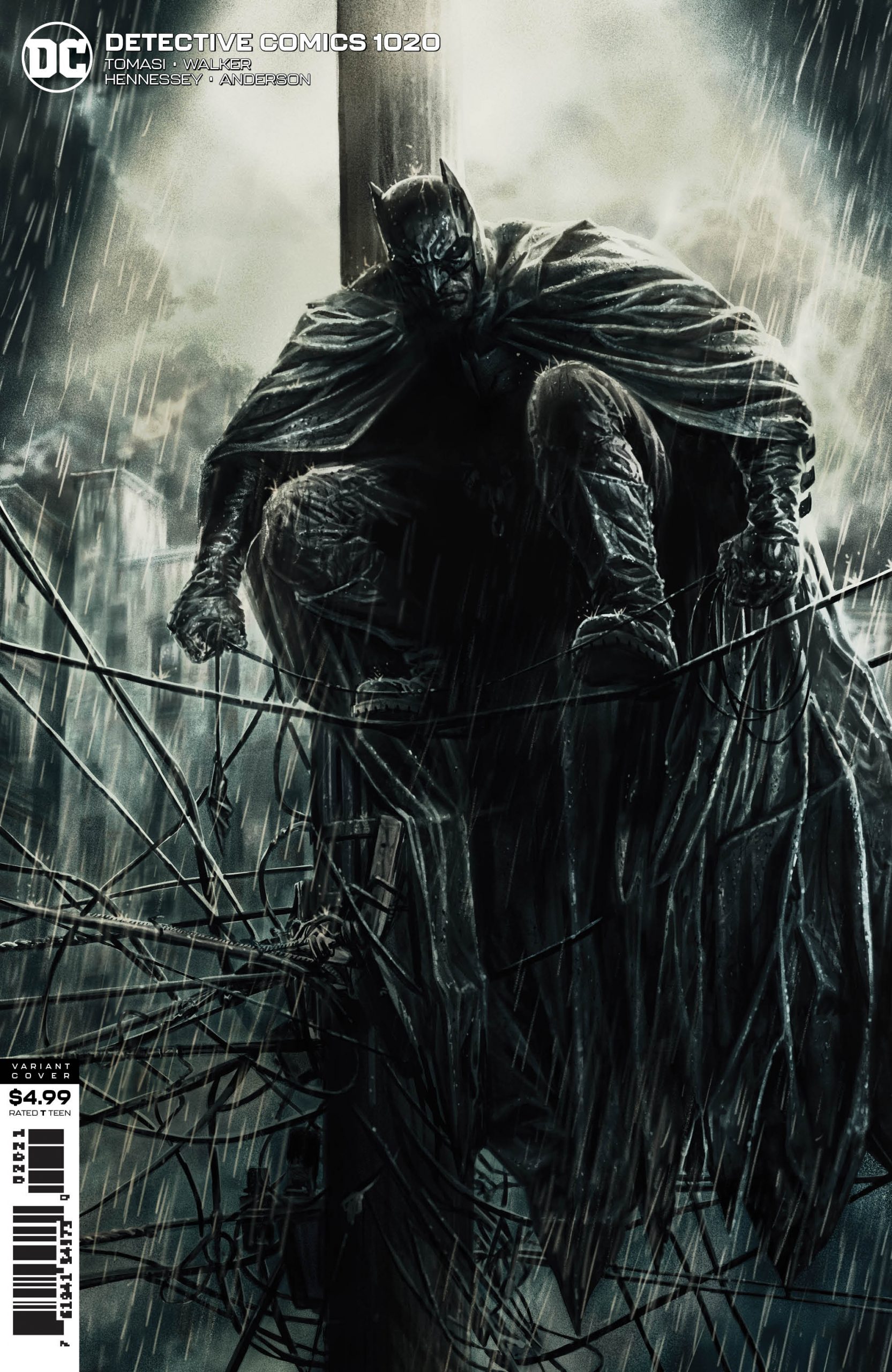 Detective Comics #1020 sees the return of Harvey Dent to these pages for the first time since issues #988 – #993, “Deface The Face.” I’ve made no secret of not liking anything except the art in that six part story, so I had very high expectations for “Ugly Heart.” Two-Face is one of my all-time favorite Bat-villains, and arguably the most tragic, so I was very excited to see him handled once again by Peter J. Tomasi.
I wasn’t disappointed.
From the opening internal dialogue between Harvey Dent and his alter-ego, beautifully lettered by Rob Leigh, I was drawn in. Later on in the issue we see this split, more pronounced and disturbing than ever before, again. It’s both brilliantly written and impeccably drawn. Never have I seen Harvey’s multiple personalities so clearly at odds with each other, so reading this was both disturbing and heartbreaking. 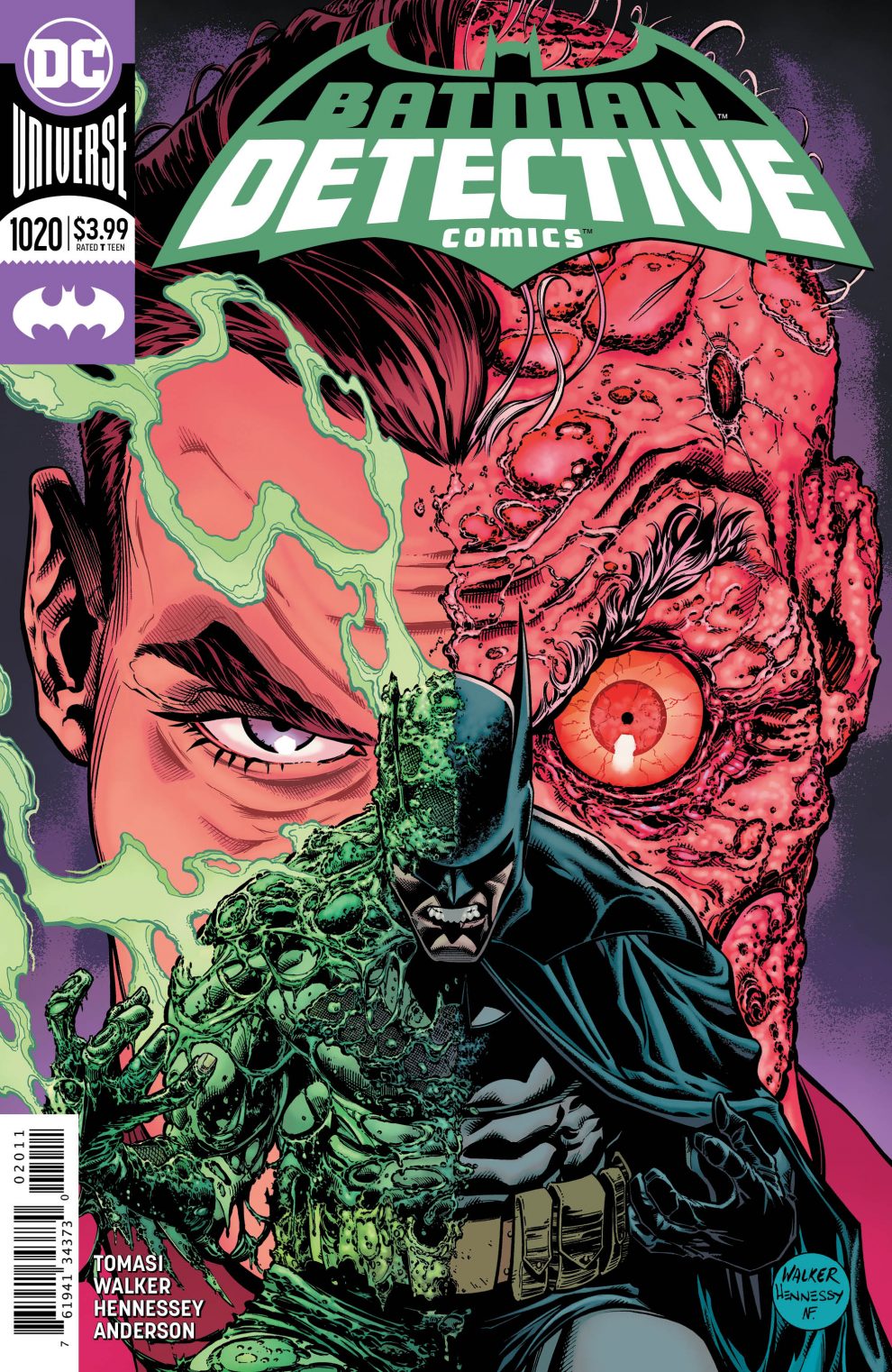 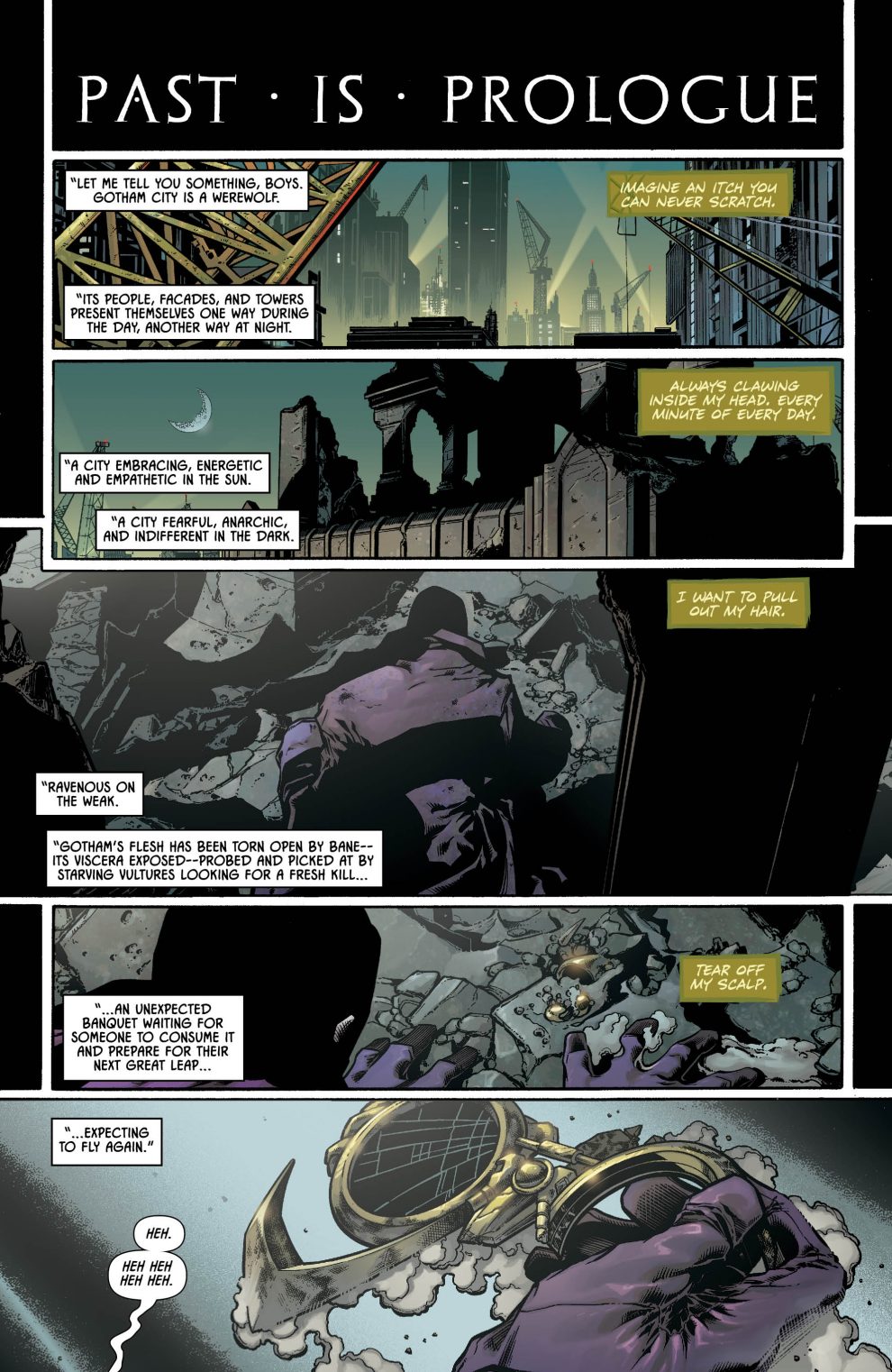 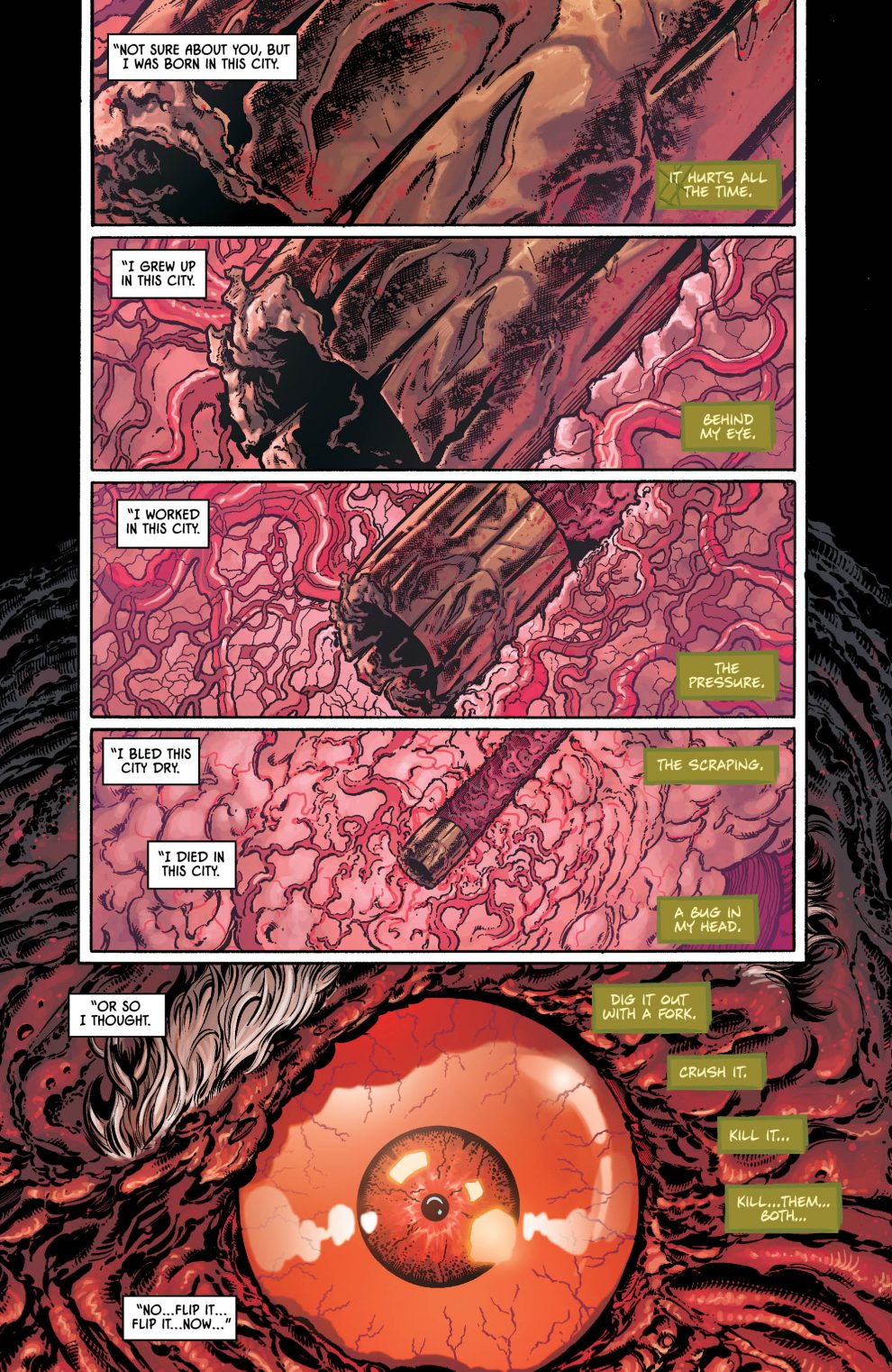 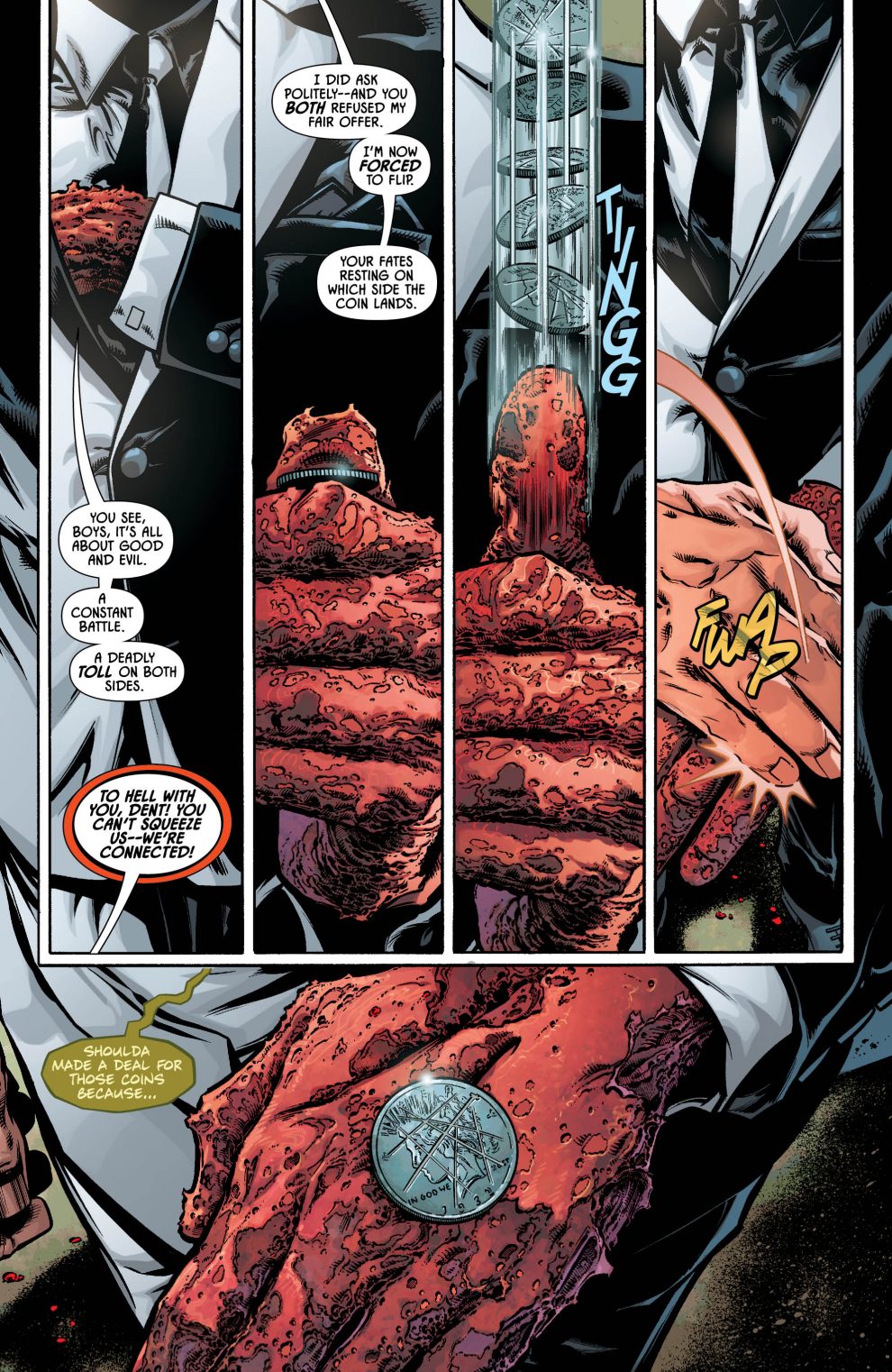 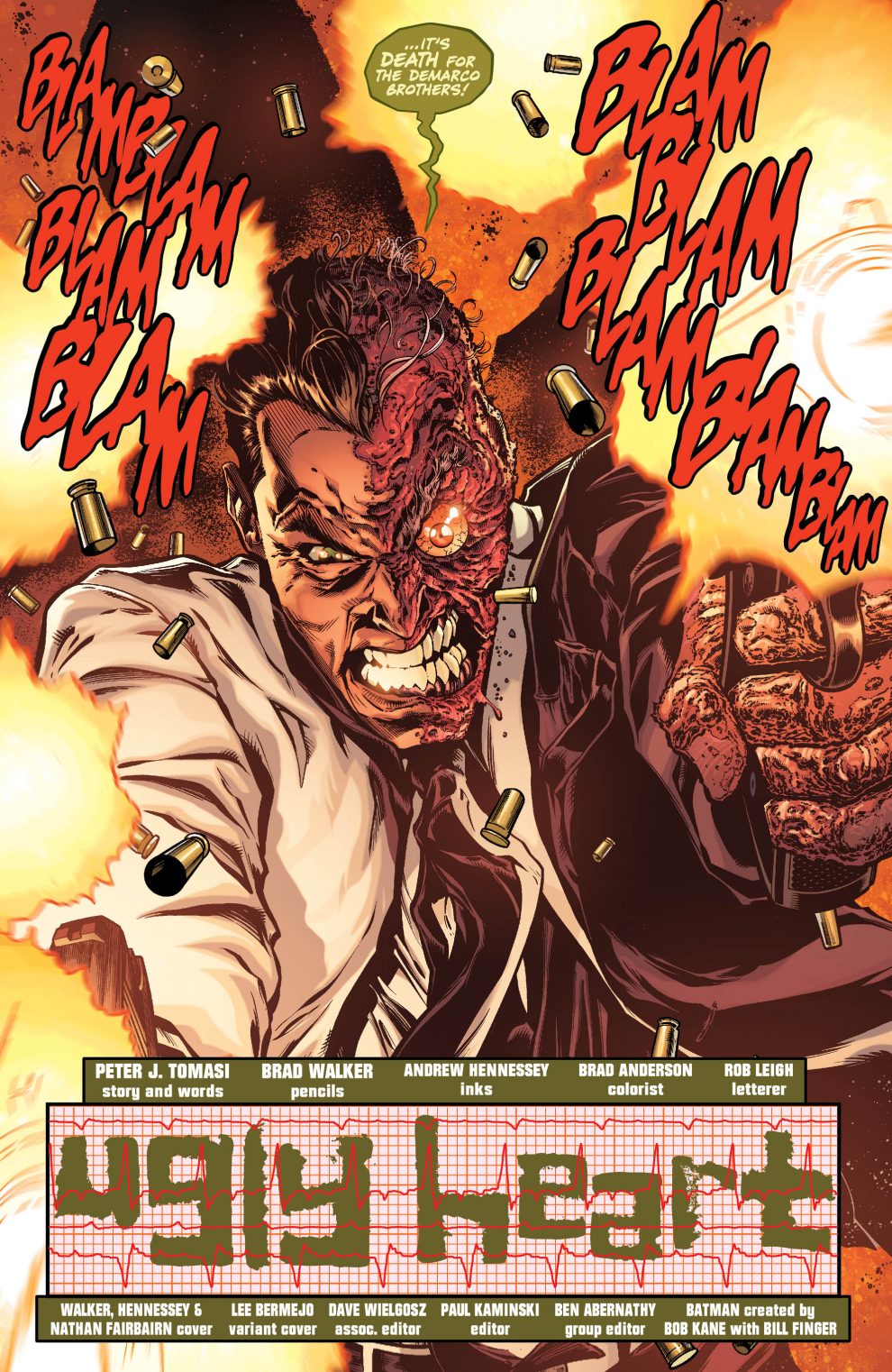 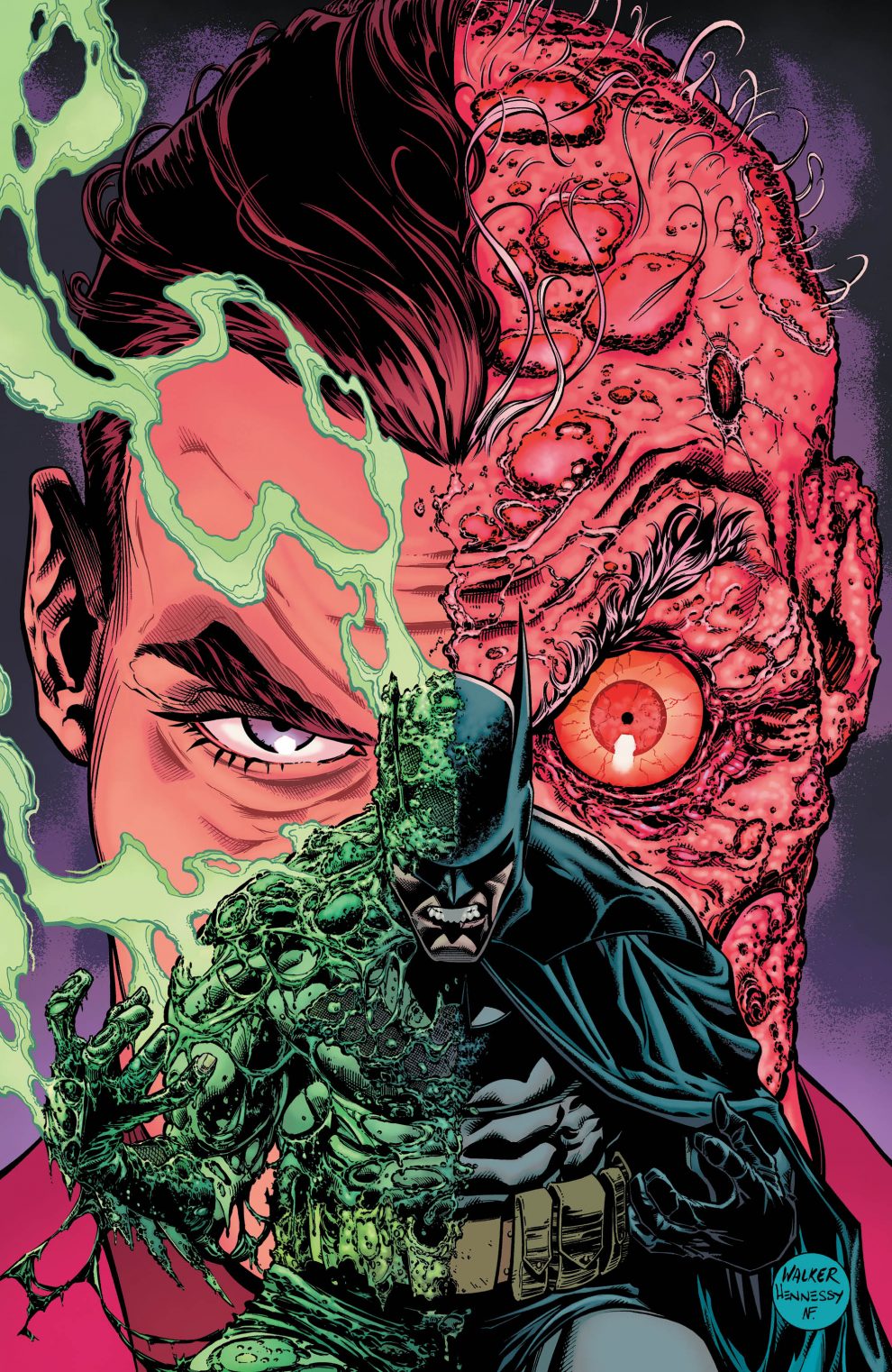 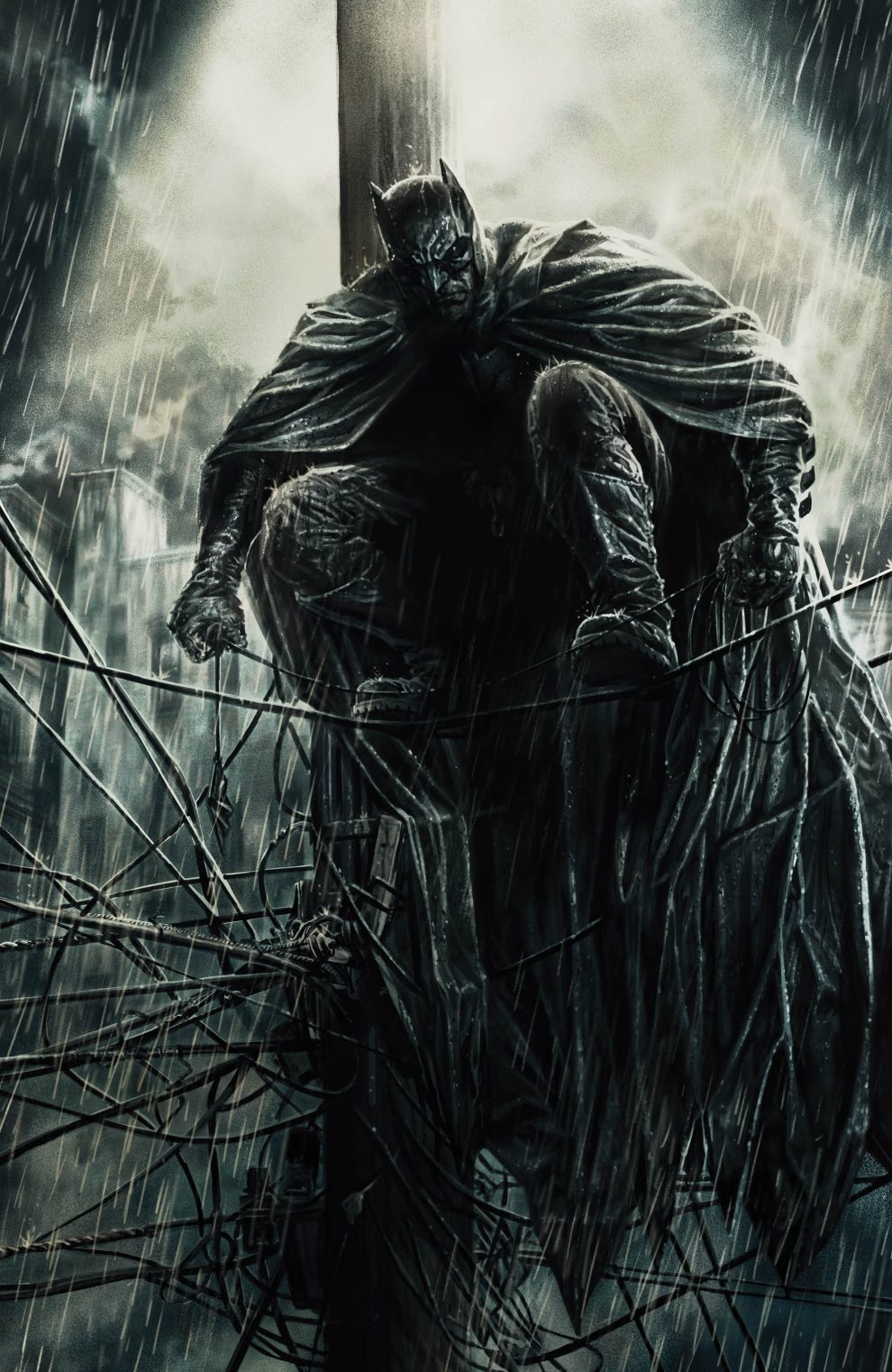 After seeing Brad Walker’s incredibly stylised Dark Knight face off with the all-new Arkham Knight in ‘Tec issues #1001-#1005, I got very excited when I heard he’d be back in this issue, and drawing Two-Face, no less. It’s also great seeing Brad teaming up with inker Andrew Hennessey again, as I loved their collaboration on Aquaman. Their Batman is a demon, a gargoyle, and a wraith, so seeing their line art further illuminated by Brad Anderson’s cosmic color pallet, the final results are images that stick in your head. This art team is stellar.
What’s also stellar is seeing Batman the Detective, especially considering the title of this series.
Batman’s deductive prowess is second to none, but it’s still a side of the character that I feel we still see far too little of. Kudos to Peter Tomasi for bringing it back to the fore.

Detective Comics #1020 works, both as the fist chapter in a new story arc, and as a prelude to the up-coming “Joker War” event. The tension has been palpable across all the Bat-books in recent moths, and seeing tighter continuity between all the titles is something I readily welcome. The entire creative team have done an excellent job in creating tension, action and atmosphere, so this chapter has really got me excited to see what else they’re going to bring to the table.
Seeing Two-Face inspiring other criminals is scary enough, so seeing him as a potential spiritual leader to a team of malevolent zealots is terrifying, and a totally fresh spin on the character. I love it when a comic can come right out and surprise me. Being a comics reader for well over forty years, I thought I’d seen every version there could ever be of Two-Face… sometimes it’s great to be proven wrong.