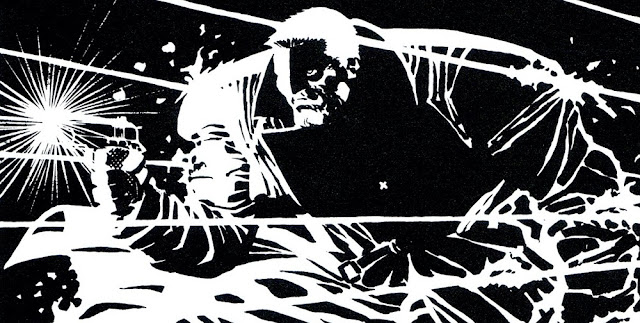 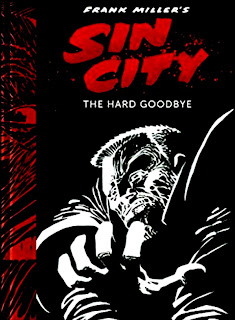 If one were to ask me what my favorite tales were, I would reel out a plethora of things, because there are so many stories that have called to me, for one reason or another. Frank Miller's Sin City books would always appear near the top of my list.

The characters alone are enough to indulge in, in this series, but the best part about them actually comes from my artist's side. As an Inker, I'm a lover of being able to bring something forward with the use of shadow and light, to bring forth from the confines of black and white something breathtaking. In that sense, Sin City delivers hand over fist and gives the reader splotches of color only to isolate images and symbolize their importance. 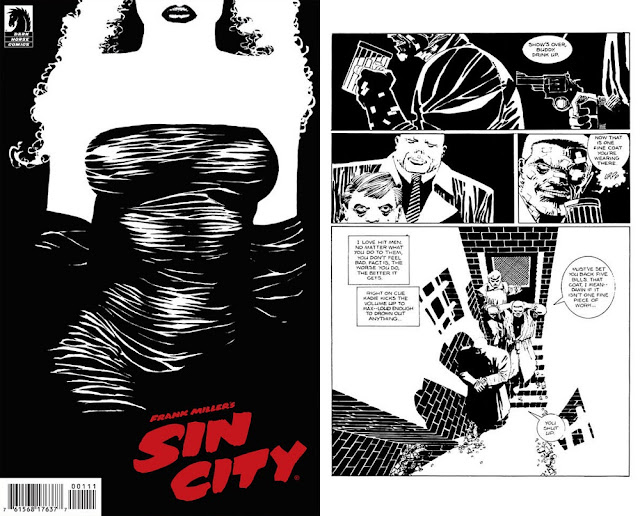 Another tale, not so much based in fiction but strongly rooted in reality, does this too, and it's also one of my favorites, even if it makes me cry; Schindler's List. The film uses this technique when focusing on the girl in the red coat. It shows the viewer something important to the story, and plays on our hearts throughout the film. If this is not one you've seen, it comes highly recommend, as does easy access to a box of tissues.

In this retrospective, I plan to cycle through the books themselves and pull on the movies that stemmed from them. To be clear though, this review is solely for the comic series and not the movies.

We will, of course, start where it all began, with Marv and Goldie's story in the first book in the series, "The Hard Goodbye." 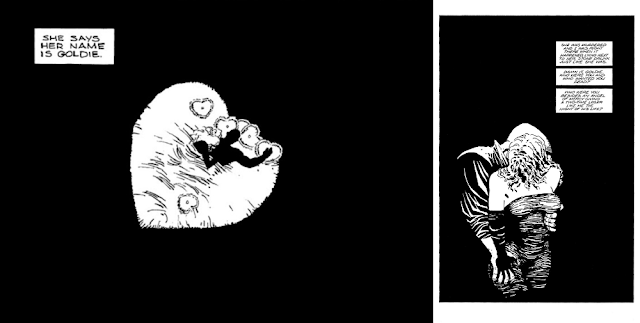 The Hard Goodbye introduces us to many characters that we will see intertwined and who have appear again in future, more detailed stories. The one that plays a major part in each of them is Sin City herself. While there are things you would expect in this city; like the clergy and corporations, officers and dive bars, one thing she has that differs is the part of her known as Old Town. This is a part of the city where the law is run by the women of the night. We meet many of them through this series, but the one you should focus on in this issue alone is Goldie.

In this story she meets Marv, who's best described by Dwight in a later issue, as "a man out of time." One far more suited for the bloody battlefield than the crowded city streets and broken laws that play a part at a twisted soul of a cancerous beast. She went to him for protection, but after a night of drink and lovemaking, Marv awakens to find Goldie has been murdered and left beside him in the night. Far too quick for anyone to have known about the death, sirens ring out, signalling to Marv that he will soon have company. 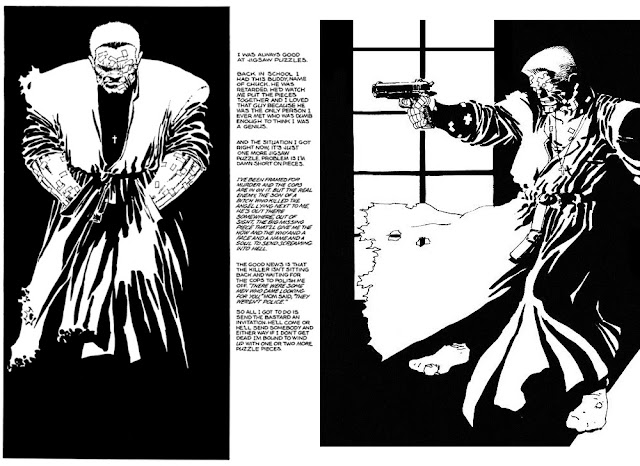 The action sequence that follows shows readers just how tough a guy Marv really is, and perfectly illustrates his strength and determination. Breaking free of the cops he makes his way to his parole officer Lucille's, and from there to his favorite dive, Kadie's. This joint will go on to appear several times in the books to come, but it's here that Marv usually makes himself at home.

After removing some riff-raff and gaining a new coat to boot, Marv heads into the building to get more information than he bargained for, while - at the same time - introducing us to characters like Nancy, who will take center stage in later comics. Marv has been watching over her, due to some troubles she's had with patrons of the strip bar. Those who don't seem to have the ability to look, but not touch.

Along the way we also meet Marv's Mom, which is something not shown in the movie version. Though it doesn't detract from the film at all.

After leaving Kadie's, fearing he's losing his mind, seeing ghosts, and being run down by cars, Marv follows the clues he's received and uncovered. He's following the bread crumbs of missing women and hints of the well known Roarke family being involved. 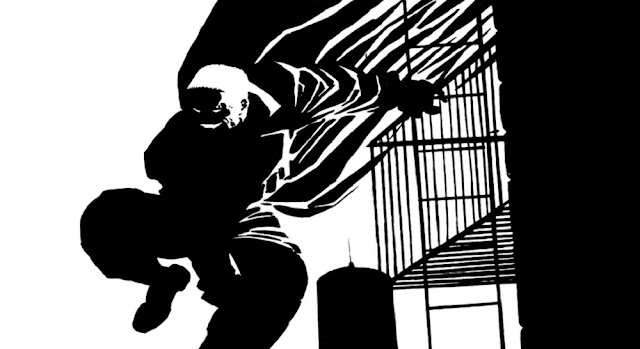 If there's one place the citizens of Sin City know to stay away from, it's the Roarke Family Farm. It's rumored that bad, evil, things have happened there and people who have gone never return. It's the setting for, not one but two of the main sequences in the Sin City series. With every twist and turn, with every new piece of information, Marv is led further down the line to discover just who wanted Goldie dead, and why.

Marv isn't the only one who wants revenge though, and no-one could be ready for the bomb that's about to explode around him when the truth is finally revealed. Sin City is full of corruption and indulgence. As Marv says, "Walk down the right-back alley in Sin City and you can find anything."

Be careful what you wish for. 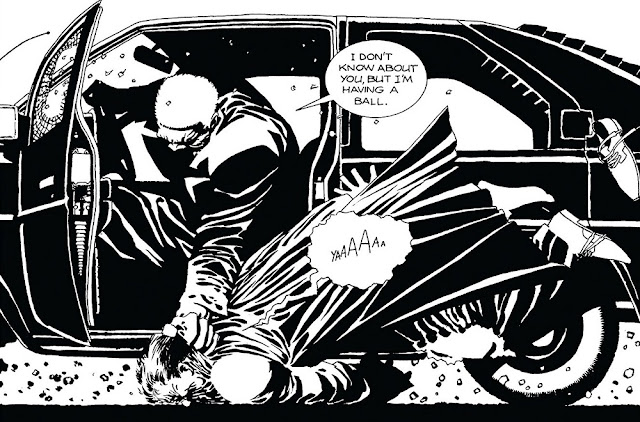 Sin City delivers immersive, raw, and gritty storytelling at its finest. It draws you in and it doesn't let you go until you're hers. "The Hard Goodbye" is the beginning of you begging for (mis)information from all of the characters, making you want to stay with them and learn more as their stories unfold before you.

The men of Sin City are powerful, dark, and brooding, while the women match them with their prowess in the night. Come prepared for the ride of your life if you hop into the car on this one.

What's your favorite part of this Sin City tale? Which character's story did you most enjoy watching unfold?

Let us know in the comments, and I'll see you for the next review: "A Dame To Kill For."