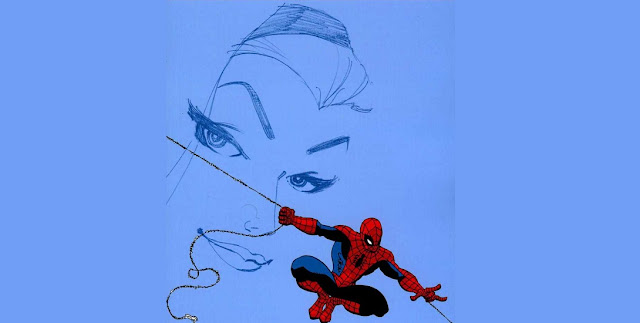 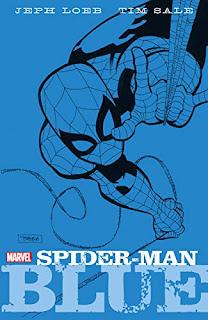 If someone were to ask me about my favorite Spider-Man stories, this one would probably be right at the top of the list. It would be a tie for me between this and "The Death of Jean DeWolff"... maybe that one will spawn another review, but for this one, we will be taking a look at the one that wins currently, and that is Spider-Man: Blue. This tale is part of what is referred to as the Marvel Colors series, where it's joined by Hulk: Grey, Daredevil: Yellow, and Captain America: White. The premise behind them was to show the defining stories for the characters, our heroes center of being. With all the web weaving being laid out, let's begin. 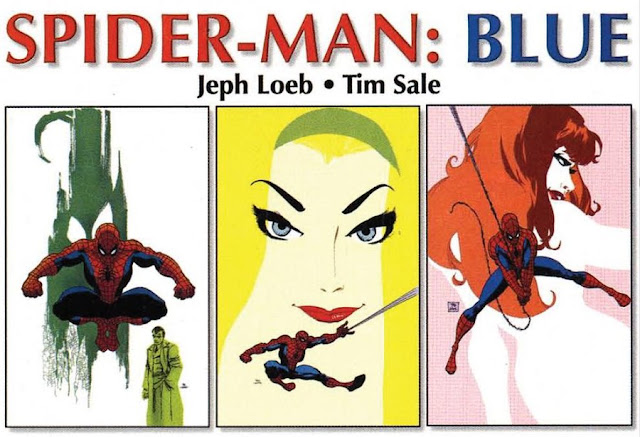 Can You Teach Me How To Dance Real Slow?

While the argument could be made for the defining moment in Peter Parker's life, most will agree that it is the moment that shocked not only the readers but Parker as well; the death of Gwen Stacy at the hands of the Green Goblin. This took place in the series all the way back in 1973 in "The Night Gwen Stacy Died" (Amazing Spider-Man Vol. 1 issues 121-122). Spider-Man: Blue was released as a six issue min-series between July 2002- April 2003 and retold the story in a more in-depth and intimate fashion.

We see Peter recording himself talking to Gwen in what could be considered the most beautiful farewell love letter in the world. He takes readers through all of the events that led to her passing in a way that lets us see the world through his eyes. How they met, their relationship, his feelings towards her and of course the other love interest that spawned during this time in his life, Mary Jane Watson. We see him trying to cope with the hero he is becoming as well as the man. 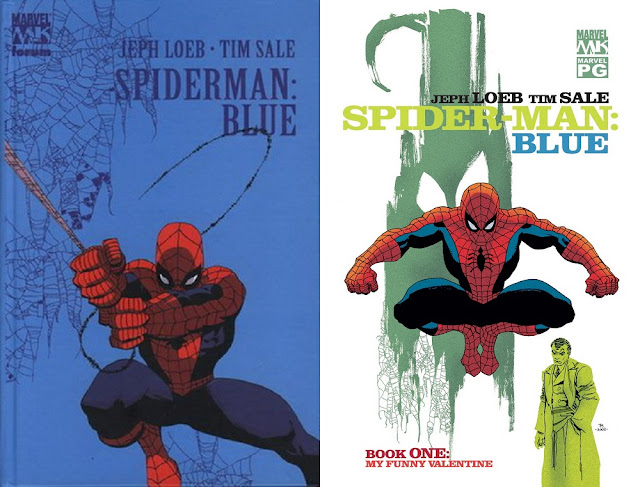 I Know That You're In Love With Him

With each issue of the series, or trade-paperback which collects them all together, we get a beginning to the recording and an ending as Peter pauses. Spider-Man: Blue draws you into Parker's world and, if you've been lucky enough to watch anything with a voice track, you really hear him speak. This is far more than just a love letter to Gwen he's reading, as the book makes it's way to the inevitable conclusion that we all know is coming. The rawness of his words, his despondency that's captured so well by the words of Jeph Loeb and encapsulated in the breathtaking artwork by Tim Sale, it holds our attention and we stand with Peter in all his emotions.

It's so hard sometimes to remember just how young Peter Parker was when he became Spider-Man, not only that but how innocent and naive to the world he was until this point. Granted he faced death before with his Uncle Ben, and that itself is another pinnacle and beacon for his compass, but Gwen's passing was so different. Gwen Stacy was a friend who became more and the person Parker was able to be himself around. He went through the pangs of love with her and having that death on his hands, this whole series, from my perspective, is his way of forgiving himself by telling her everything. 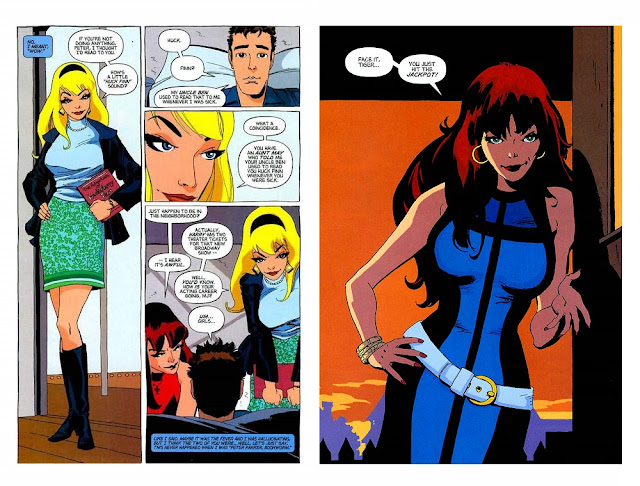 Spider-Man: Blue is a masterpiece, hands down, it absolutely gets a ten out of ten with no question nor reservation from this reviewer. It's one of the stories that hit me hard when I read it but one I'm grateful for many reasons.

It gives me a love for Mary Jane that wasn't there before, as well as a hefty bit of respect. There's a moment near the end where she comes up to the attic where Peter has been recording everything and when he shows fear at being so vulnerable, honest, and open about his feelings, she handles it beautifully. Not only does she show that she's there for Pete, but she's also completely understanding about where he's coming from.

There are so many components that make this book a must-read in your stack, that is if you haven't already. The writing is a siren's call and the artwork matches that harmony, pulling you in until the song reaches its final note. I look forward to devouring the remaining books in this series and sharing my thoughts with you, but for now, I will close this up and move forward. 'Til next time, be safe out there fellow web-heads.