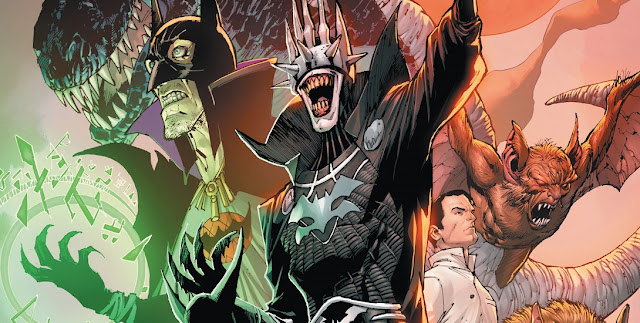 The Coronavirus pandemic has affected every industry and publisher, including DC Comics. March, April and May saw few or no new titles being released, so when new books started to appear online, and when schedules were published showing physical releases, fans started to get, quite understandably, excited. Few titles have been more eagerly anticipated than Scott Snyder’s Dark Nights: Death Metal.
Now, to further whet our appetites, DC Entertainment has sent us a press release which reveals that, not only is the main series being extended from six issues to seven, but they will be releasing companion titles for the event too!
Holy B-Rex, Batman! How awesome does that sound? 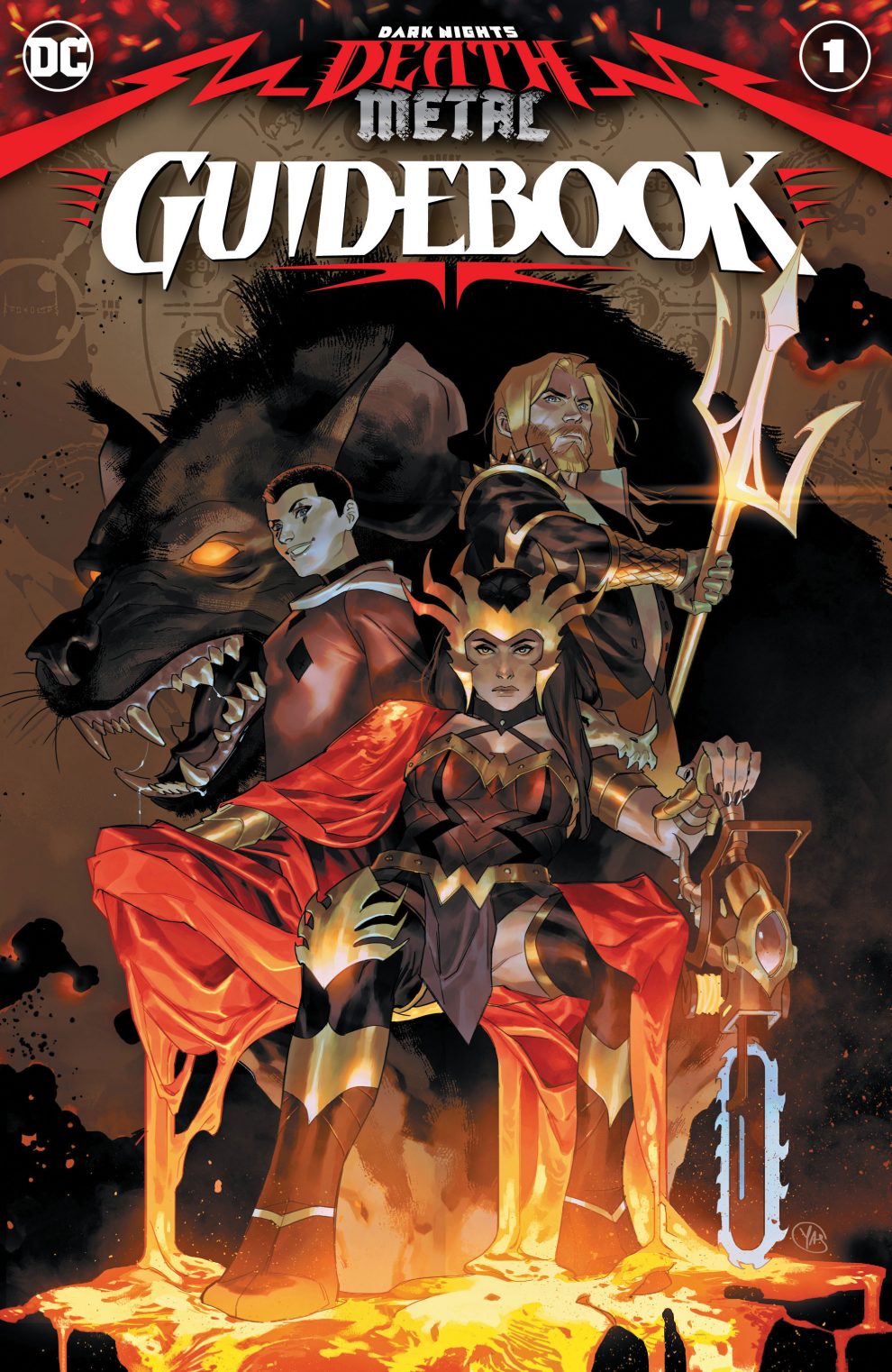 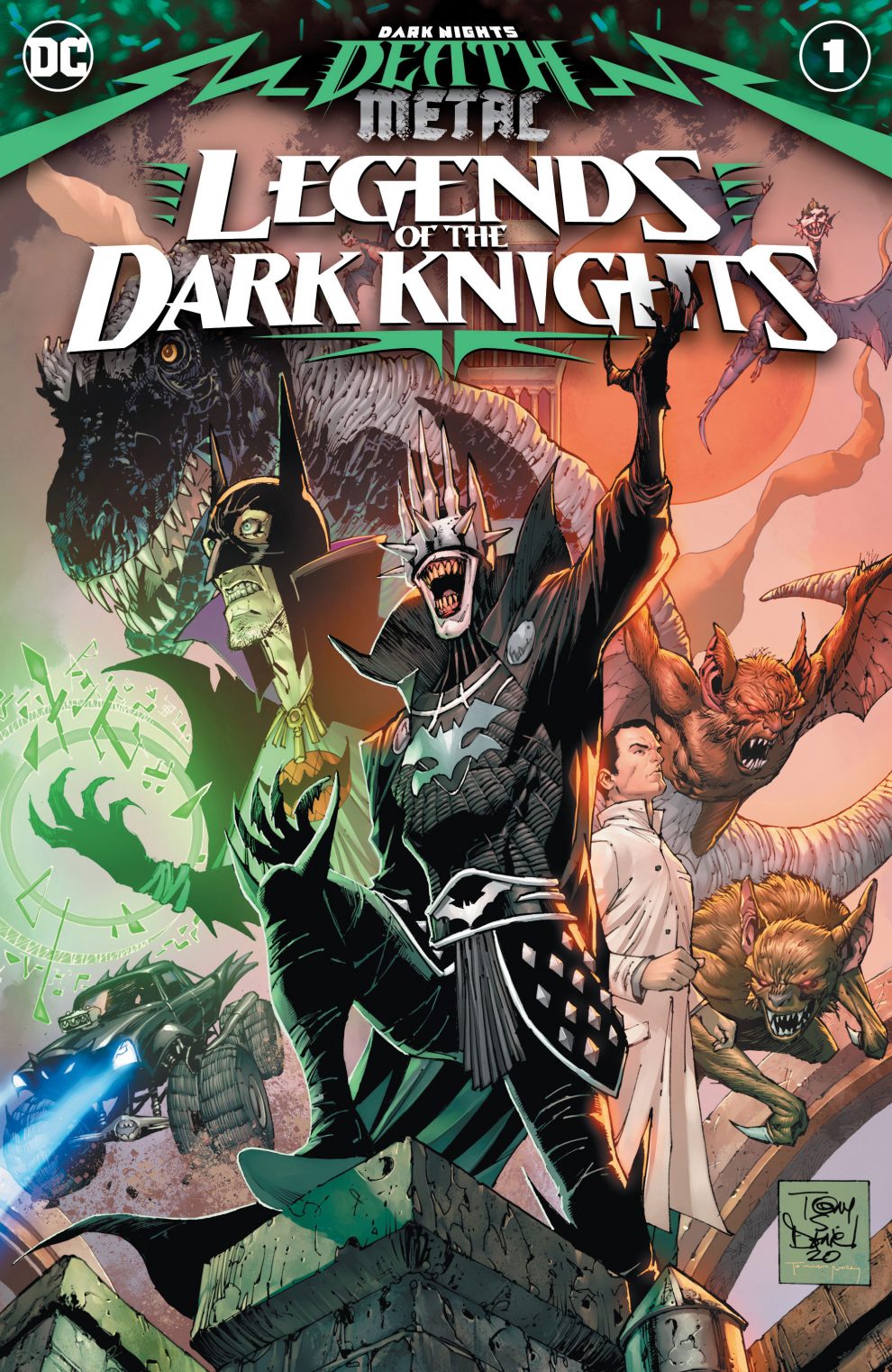 As Wonder Woman, Superman, Batman, and other DC Comics heroes fight to survive in the strange new landscape of an Earth turned upside down and shrouded in a realm of darkness, one cloaked figure has been observing from the sidelines, creating a guidebook to this new world and its evil leaders. Find out how Wonder Woman became the queen of Hell! Discover how Batman finds the Black Lantern ring! And see what happens when Harley Quinn takes charge of the Wasteland, finding love in the process! All this and more in this jam-packed issue exploring the new world order.
And then, because every legendary performance needs a bigger, bolder second act, Dark Nights: Death Metal Legends of the Dark Knights #1 drops on August 25 with a cover by Tony S. Daniel! This one-shot features stories from DC’s Dark Multiverse by Scott Snyder, James Tynion IV, Joshua Williamson, Peter J. Tomasi, Warren Ellis, Garth Ennis, Daniel Warren Johnson, Frank Tieri, Tony S. Daniel, Jim Cheung, Joëlle Jones, Riley Rossmo, and Francesco Francavilla.
In this collection of short tales where demons dwell and reality is overrun by monstrous versions of the Dark Knight, learn the terrifying secrets of the new Bats Out of Hell and other creatures of the night like Robin King, whose origin is unimaginable! Plus, read about the secret buried beneath Castle Bat, the sentient Batmobile, and… how did Batman turn into a killer robot dinosaur?