Wizards and the fine people working on Arena's upkeep have promised us a surge to bring Historic to a true forefront. Arena's format. I mentioned in a previous article a lot of the details.

Simply put, permanent queues for Historic are coming back on May 21st. To celebrate this, they're releasing another Historic Anthology. 27 cards this time around, we have the same 4,000 Gem or 20,000 Gold pricetag for playsets of all the cards. We've seen two previews: Ulamog, the Ceaseless Hunger immediately become the new favourite Ramp payoff and Phyrexian Obliterator be Historic's way in for Mono Black Devotion.

Now, let's check out something new. From cycles to cycling, enchantress to enchantment-counters, and we are very much landed.

Shrines of the Faithful

We've seen the flavourful Kamigawa cycle of Honden be shown off for this release. 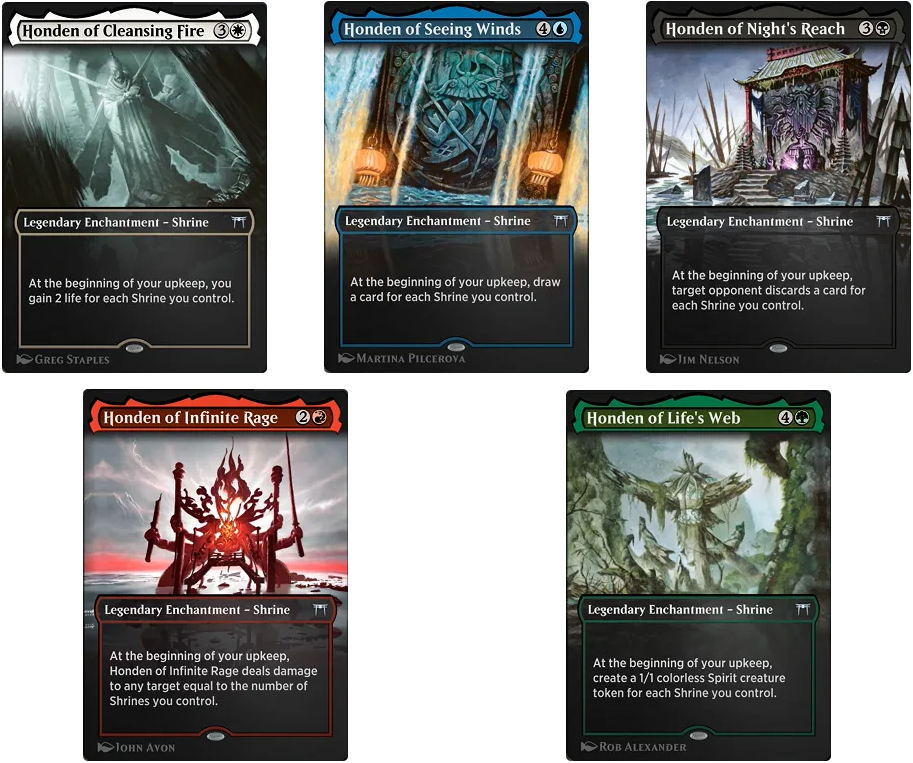 Both powerful and flavourful, the shrines all work very well when played in multiples, adding up to multiple cards, life, dudes, damage, and discard if you're able to assemble multiple colours. They'll work well in multicolour Enchantress builds (more on that in a little moment).

Ikoria brought the Cycling mechanic back to Arena for the first time since Amonkhet. The inclusion of the Cycling Lands in Historic Anthology 2 brought some needed attention to the mechanic. Each of these cards cycles, but does so in a very curated way. Incinerator and Polluter are absolute slam dunks for the goblin and zombie tribal decks. The inclusions of Goblin Matron and Cryptbreaker in the first Anthology really show how these tribes are supported. Krosan Tusker has been a fixture in many commander decks for the versatility of fixing or beater. Tectonic Reformation is a new card and is sure to make Historic Cycling a real force - 2 mana for Lurrus and makes all your lands relevant in a dedicated cycling deck. 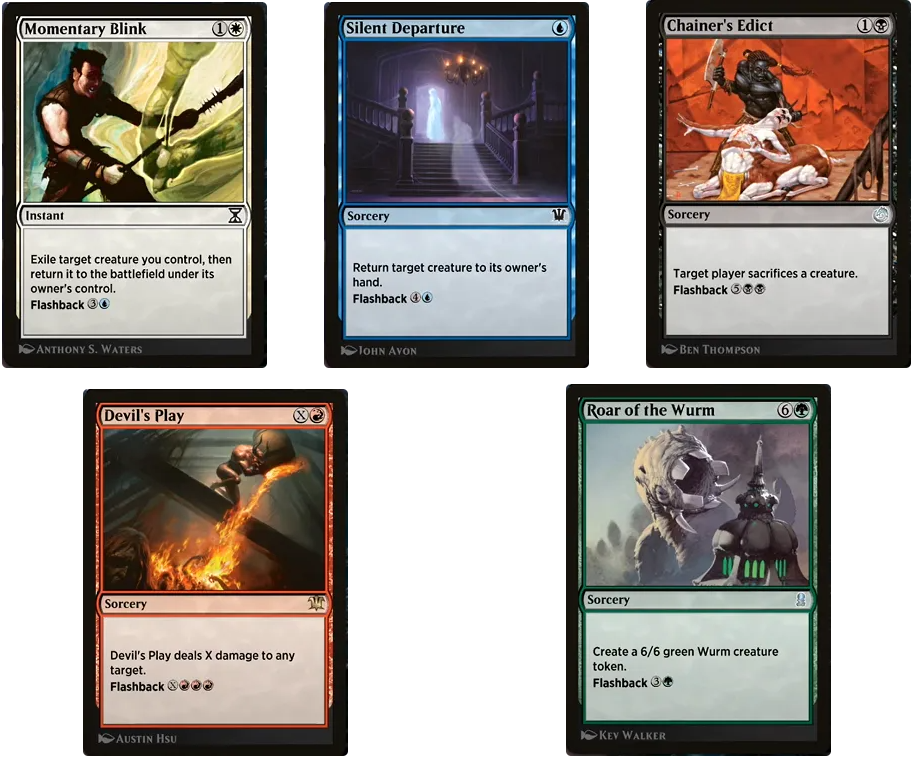 What a Flashback. A cycle of Flashback cards with varying degrees of utility. Edict has been staple removal in Pauper and will be relevant for that reason. Devil's play is the slightly weaker copies 5-8 of Banefire but the Flashback is relevant. Momentary Blink will be a possible role filler in Flicker decks if that becomes a thing, because Thassa is a very powerful card. 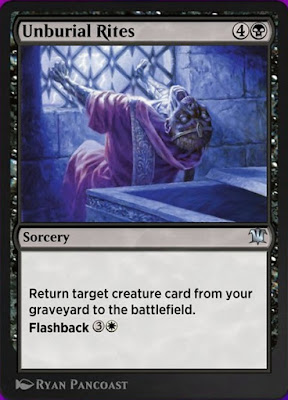 I wanted to give this particular Flashback card a particular spotlight. This is arguably one of the strongest cards with Flashback, up there with the Increasing cycle and Past In Flames. Reanimator decks a-plenty will be using both halves of this card and I'm very excited to see it. 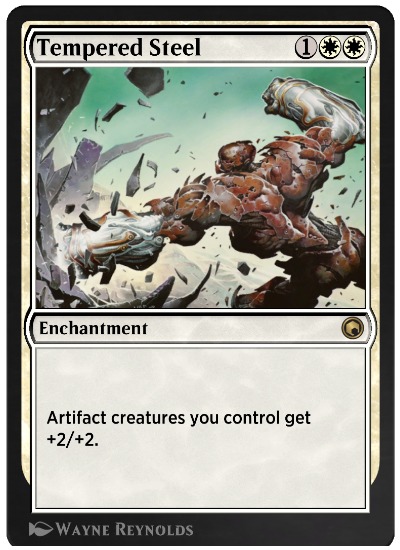 An unexpected but interesting inclusion. I can see Tempered Steel pairing well in the Historic Affinity decks. Anything that plays Emry, Steel Overseer, and Stonecoil Serpent would all want to consider this card. Gingerbrute as a one mana 3/3 Haste pseudo-unblockable is a very real threat. Playing White for this and Teferi is a very seductive prospect. 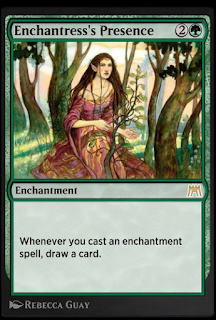 Exactly what I meant when I said "Enchantress". Something playing this, Satyr Enchanter, Starfield Mystic, Calix, Ancestral Mask, Sigil of the Empty Throne, and the aforementioned Honden pretty much builds itself. 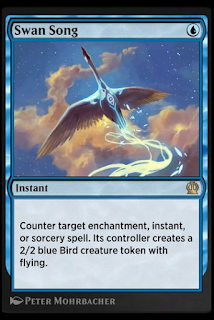 From enchantress, to anti-enchantment. Swan Song is still a very powerful counterspell, despite the immense downside. It saw play back in the day and it'll see play in Historic, particularly when you can mitigate the downside by playing Virulent Plague. We are landed. The incoming Gempalms show just how heavily the Historic meta is leaning towards Tribal decks. Elves and Merfolk are already key presences in the format, as are the supported Goblins and Zombies. This will be relevant in Umori builds too, however Unclaimed Territory may still be just as relevant in tribal decks as it can still tap for colourless. 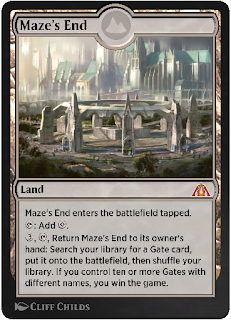 Wow, really Wizards? The Gate deck is already a fun deck, though not quite the powerhouse it once was. All the Gate Synergy cards can really close out games with Gate Colossus and Gatebreaker Ram, but having a very janky I-win button is just incredibly funny. 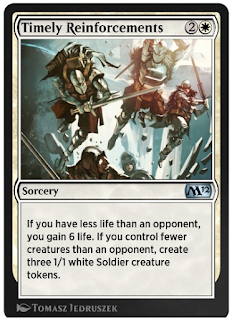 A staple card in Modern Sideboards of old, Timely is very welcome here. It can be very welcome for a control deck to claw back a lot of life and rebuild a board if they're behind against an aggressive opponent, and playing it as an Instant with Teferi is a very welcome idea. 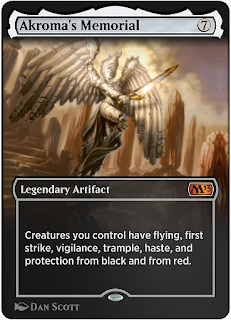 What a fun card. Don't know if I can call it a good card outside of a dedicated shell that can play it for cheap/cheat-it-out and have the board state that would love all their creatures to be keyword soup. Curious. 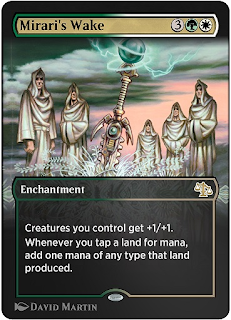 Now this is a good card. An anthem and a mana doubler on one Enchantment could be very welcome in a dedicated ramp deck alongside Nissa, and your suite of dorks like Llanowar Elves. Gotta get the cast triggers on Ulamog somehow. 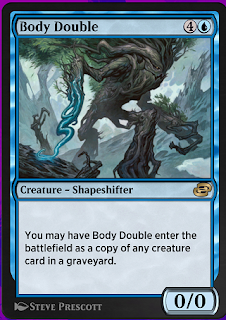 I've heard this described as one of the best clones in all Magic. Some of the best creatures are ones that have already been killed because of how good they are. Giving them a second lease on life is particularly powerful indeed, particularly if it's one of your opponent's dead creatures. If I have to hear another person complain about this not working with Gyruda, I will have to forcibly tell that widdle baby to suck it up. 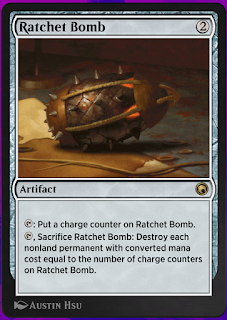 Best card in the Anthology? Possibly? The original design space Blast Zone is based on, the efficiency of being able to charge it up then blow up something specific is very powerful. At the very least it reads, two mana to destroy all tokens. I particularly like that it's a two mana artifact that sacrifices itself - perfect to bring back with a certain nightmare cat.

And with Ulamog and Phyrexian Obliterator, this makes up the 27 cards coming in Historic Anthology 3. These cards are very interesting indeed. Role fillers, powerful build arounds, and jump-starts for certain archetypes.

We can expect to see all these cards added to MTG Arena on May 21st. Decklists featuring these new cards will be appearing here on Fantastic Universes very soon indeed.
Adam B Ray Adam B. ray Adam Ray Adam's Dragon Cave Magic Magic: The Gathering Magic: The Gathering Arena MtG Arena