History's Finest - Developments in the Historic Format for Magic Arena 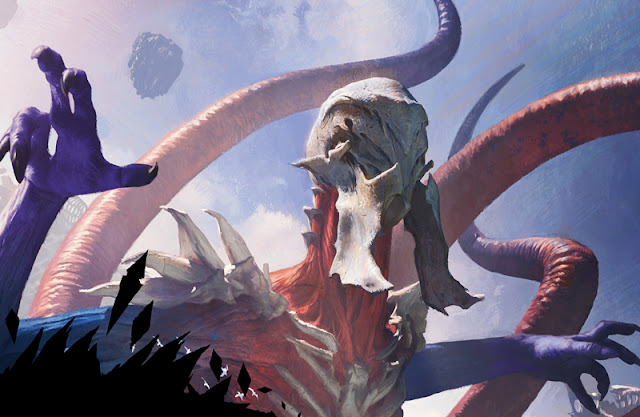 It's no secret that Historic is the deepest of the three formats currently on MTG Arena. Standard gets all the attention, and Brawl is where I go to relax, just like a game of Commander. Historic is like Arena's Legacy. Any format with access to an older card pool will lead to distinctly more powerful decks. At the same time, the fine gremlins that run Arena have injected the format with cards older than Ixalan to make the game play even more interesting. In the two Historic Anthology collections, we've seen supplements for tribal decks, build arounds for the Proliferate, Lands Matter, and Enchantress decks, as well as multi-format powerhouses like Thalia and Maelstrom Pulse.

The news of a Historic Anthology 3 is big. Very big. Titanic. We haven't seen much so far, but the reveal came in the latest MTG Weekly. What we know so far will absolutely obliterate all our expectations. 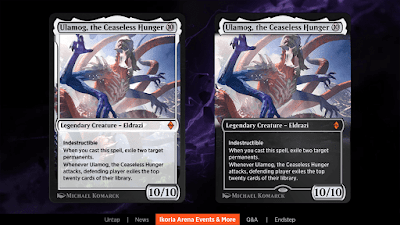 Magic's tentacle monsters from outside time and space have finally made it to Arena. Boy did they pick the best. Ulamog has been a relevant card in big mana strategies and Modern Tron since Battle for Zendikar dropped. This card coming to Arena will definitely be the haymaker in those big ramp decks alongside Llanowar Elves and Leyline of Abundance. I can definitely see Reanimator decks having old Moggy here be another key hit alongside Drakuseth. Reanimator... interesting... 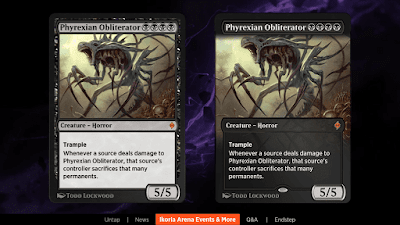 Don't chump block or point burn at the Obliterator. You will regret it. I can immediately see this card pushing Nightmare Shepherd out of the four-drop slot of Mono Black Devotion. Four black pips for Gary and a 5/5 beatstick that also puts major board disadvantage out to your opponent is too good for that deck to pass up. Even the four mana isn't too big a downside.

It occurs to me just how well these both pair with my new favourite Companion. Gyruda has been dominant in early Standard and has been very effective in older formats already. Having two new friends fit into that powerful shell is welcome and interesting for the Historic Format.

A Thing of the Past

With this new release, much like the release of the excellent Historic Anthology 2, we players have to wonder about the safety of the format. We had queues to play Historic in Best-of-One and Best-of-Three for a short while, before they took those down upon Ikoria's release. The developers have assured us that this will not be the case, and Historic is coming to Arena Permanently, with the release of this anthology.

We're getting many interesting reveals when this update hits. The developers have assured us that there are going to be even more Festival events like the ones themed around the Gods during the height of Theros. An opportunity, I think, to earn Ikoria Showcase styles (Godzilla and Non-Godzilla flavoured).

Drannith Magistrate will be officially banned in Brawl - because White decks shutting out an opponent's Commander from as early as Turn 2 feels real bad.

We can expect to see the reveal of all of Historic Anthology 3's cards on May 8th, and they'll be added to Arena in an update on May 21st (the same time that the Brawler's Guildhall will end).