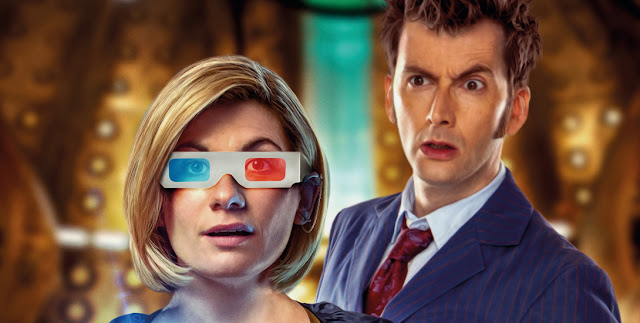 "A Little Help From My Friends" - Part Four 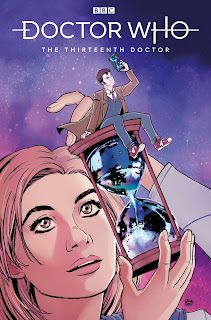 New comics are back, showing that not even Covid 19 can stop the Doctor! Then again, part of the job of any good doctor is helping contain and combat viruses… right? We last left 10, 13 Martha, Yaz, Ryan and Graham on the run from both Weeping Angels and Autons, but the time for running is over. In The 13th Doctor #2.4, our heroes are taking a stand.
Monsters beware! 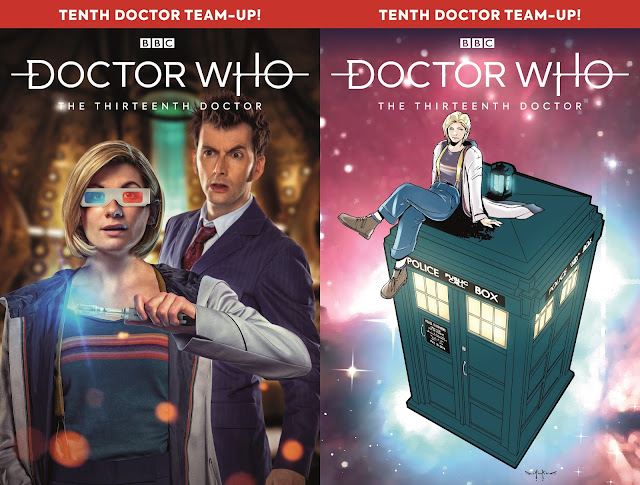 Wow, where do I even begin? This comic is the equal of the TV show it’s based on and inspired by in every single way. Gripping cliffhangers, engaging characters, crazy sci-fi, thrilling action and great British wit and charm. I hear the actors voices, Feel the thrill and am completely engaged. Every. Single. Issue.
Jody Houser really knows how to pace her stories, deliver spot on, realistic dialogue and keep everyone guessing. Doctor Who: The 13th Doctor #2.4 delivers the perfect ending for the first arc of the 13th/10th Doctor crossover. This could be my favorite issue of the run, thus far. 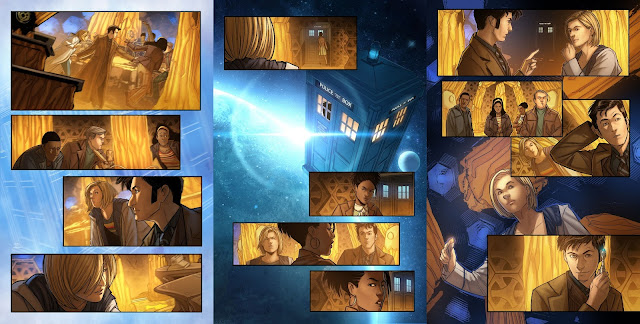 As usual Roberta Ingranata, Enrica Angiolini and Shari Chankamma deliver some truly cosmic images to accompany the stellar text. They make every character real, every movement vibrant and their scenes of space, and the TARDIS rock. This comic gives us a realistic and lived in London, then goes completely fantasy/sci-fi with incredible depictions of the Doctor’s amazing time-ship, both inside and out.
Just look at the images provided!

It’s a shame that the pics Titan Comics provided for our review are unlettered. Yes, you can really appreciate the gorgeous art, but you can’t see the tremendous work created for the book by Richard Starkings and Comicraft’s Sarah Hedrick. The quality of the text and sound effects is first rate, and of a calibre that matches the overall excellence of the issue. So, no complaints about the comic itself, just a little quibble against the publisher.
All the talents behind this book deserve praise. Letterers are essential members of any comics creative team, and merit having their work admired as much as writers, artists and colorists. I’ve read some comics which were badly let down by sub-standard lettering, so comics that are as well executed as this one should have every talent behind them named and represented. 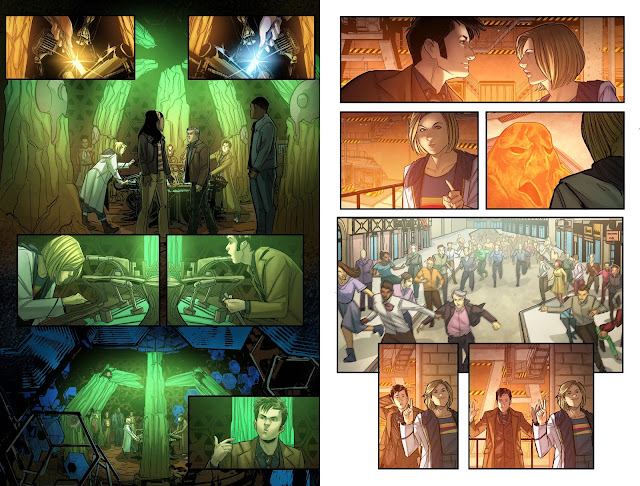 The only complaint I have about this issue is how long we’ve all had to wait for it, but that’s nobody’s fault. As it’s been close to two months since issue #2.3, does that mean we’re only getting 11 issues this year? Or will Titan Comics give us a double sized end of year finale? After all, Christmas/New Year specials are something of a Doctor Who speciality.
Whatever happens, the quality of this series always leaves me wanting more, and cliffhangers like the one we got in this issue (dammit Houser… you’re killing me) keep me hooked and hungry for more.