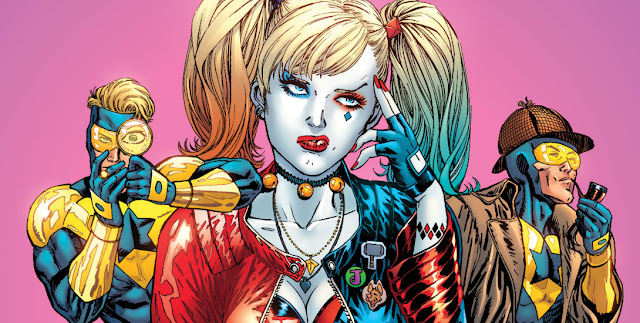 "California or Die: The Gold Coast" 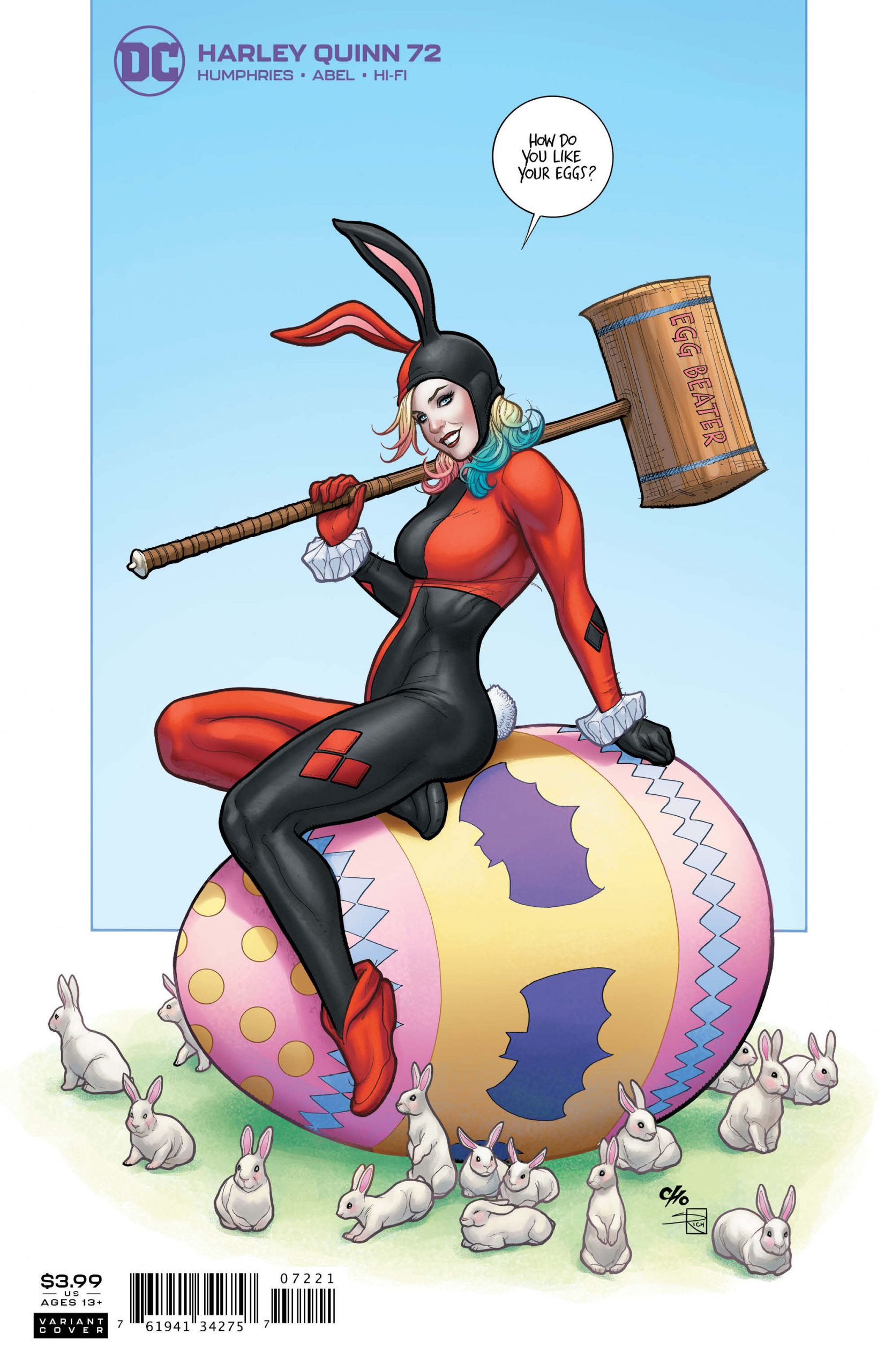 Harley Quinn #72 brings us closer to the end of the mystery of just who killed Harley’s friend Alicia. In the last issue, we followed the bread crumbs and Harley landed herself in a mess of trouble with the owner of the wrestling venue she had been working at.
Let’s dive in!

Booster Gold has joined Harley Quinn in her crusade to get to the bottom of just who had it in for her friend. She’s publicly called out her old boss by name and vowed to Alicia’s daughter that she will not let the murder be forgotten, or go unsolved. Along the way to getting the answers she craves, she also has quite the tangle of feelings to unravel. Booster clearly cares about Harley and he tries to show her that she keeps rushing into danger without thinking. Could romance be in the air? Is it just indigestion? When will we finally start finding out just who and why Alicia was killed,  and will Harley be able to move on and just grieve? 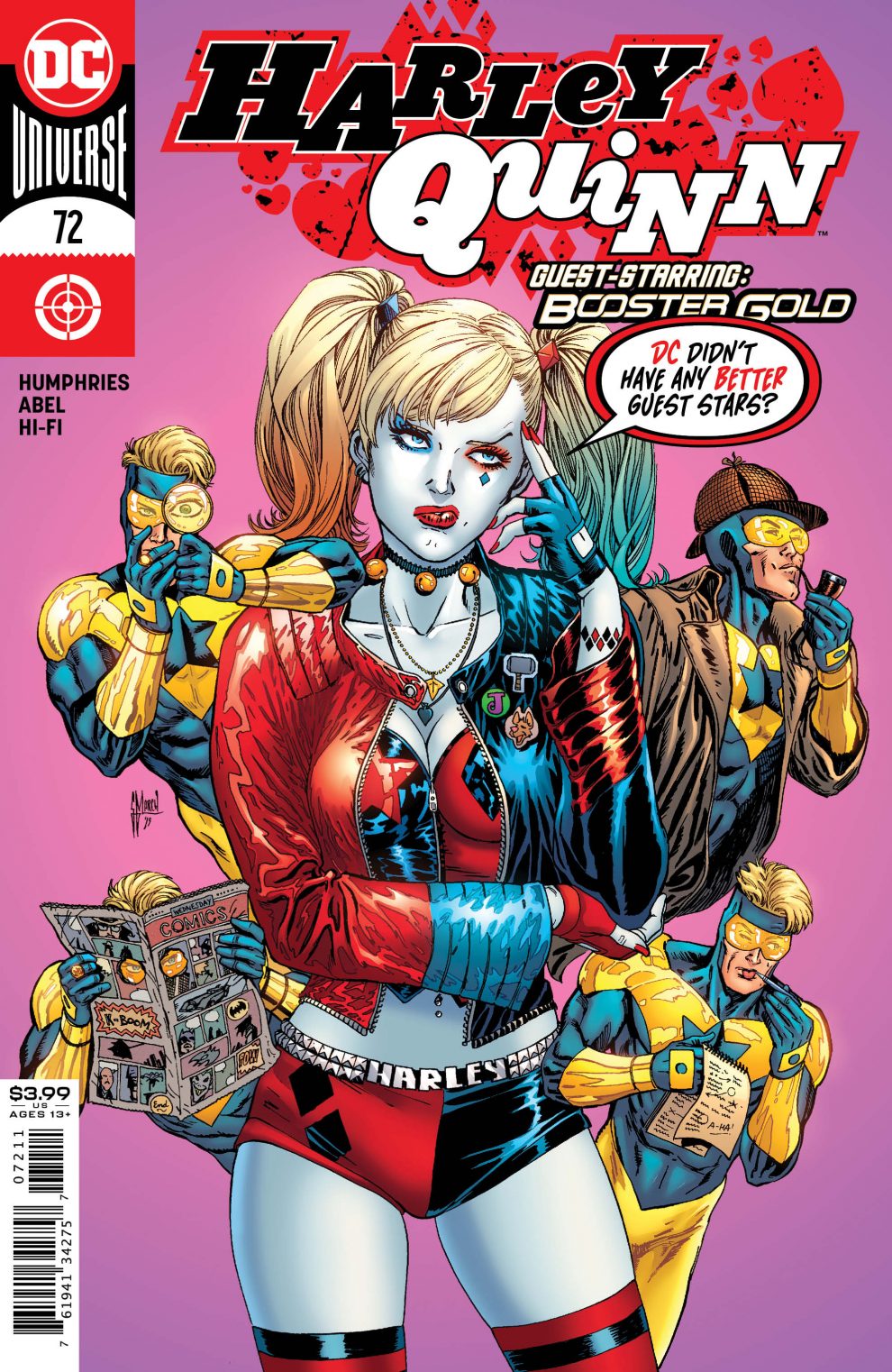 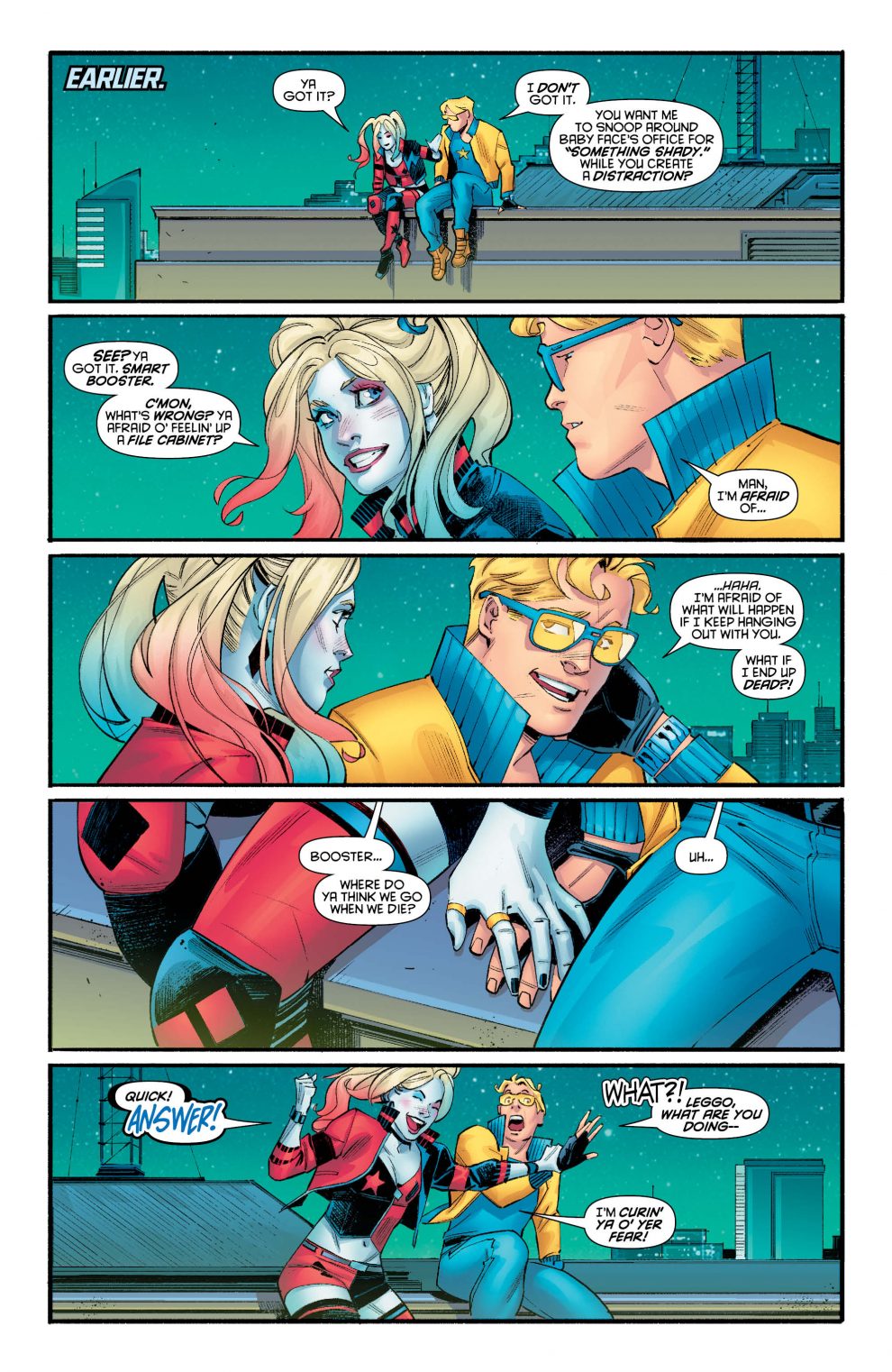 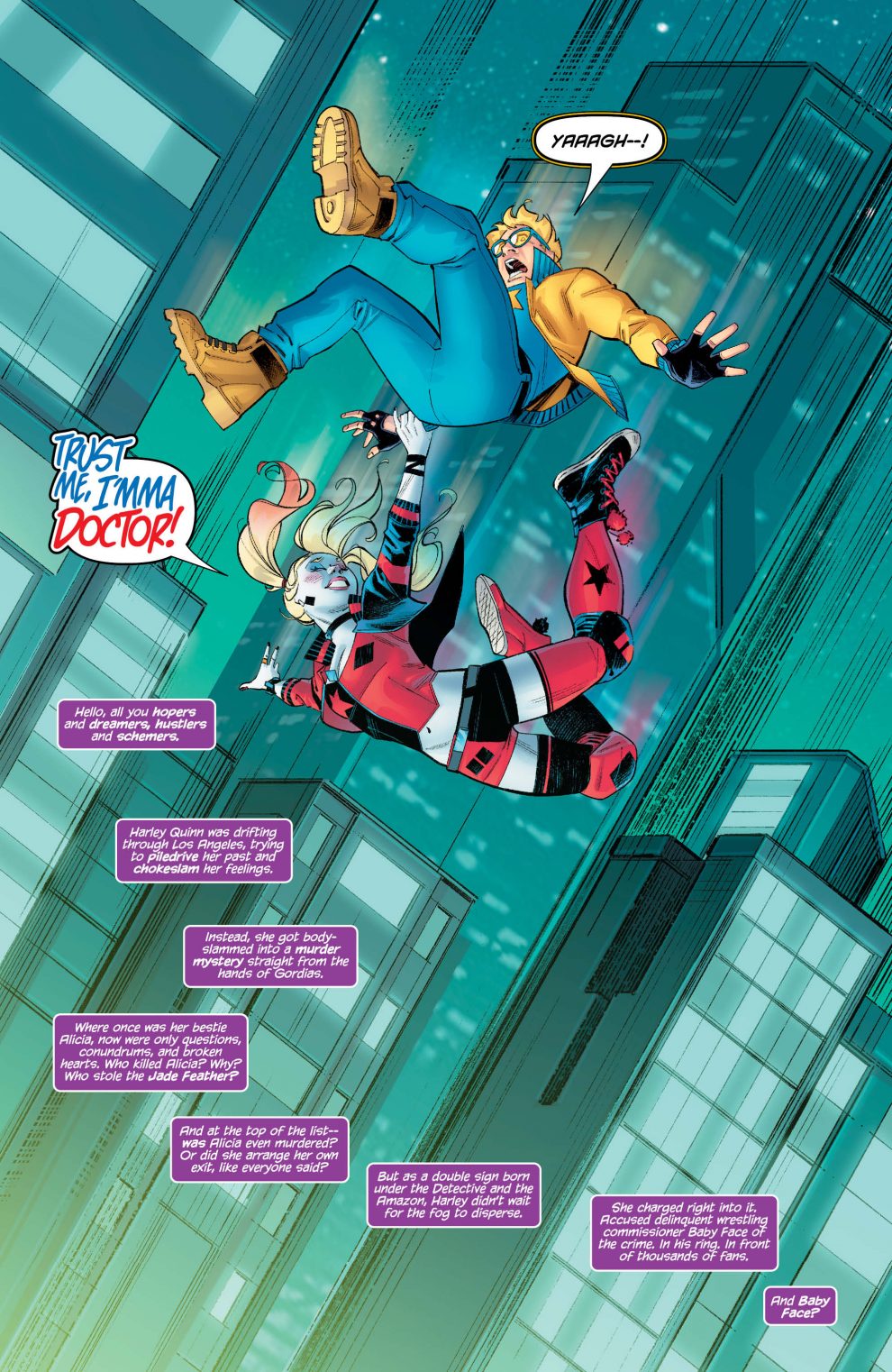 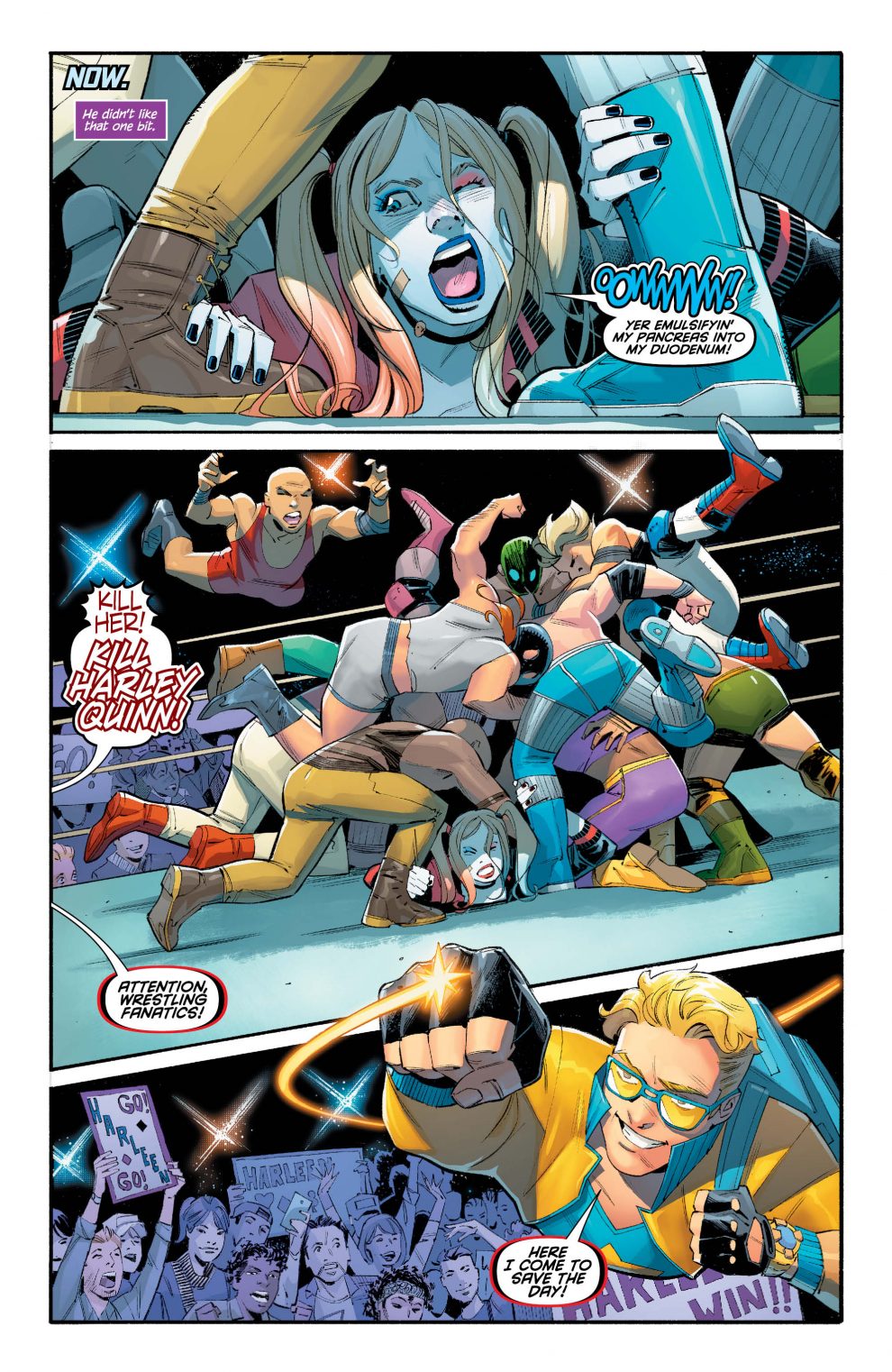 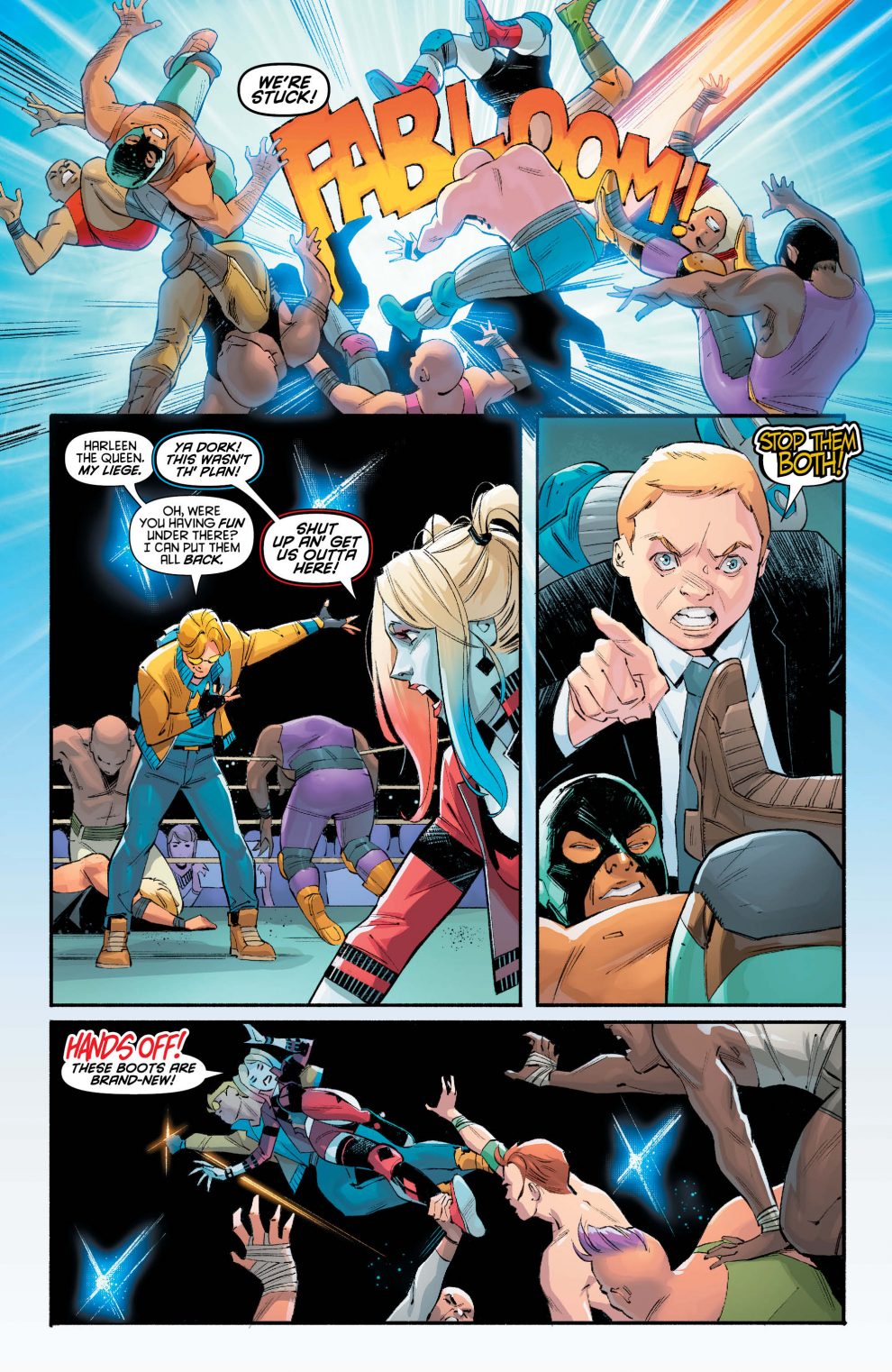 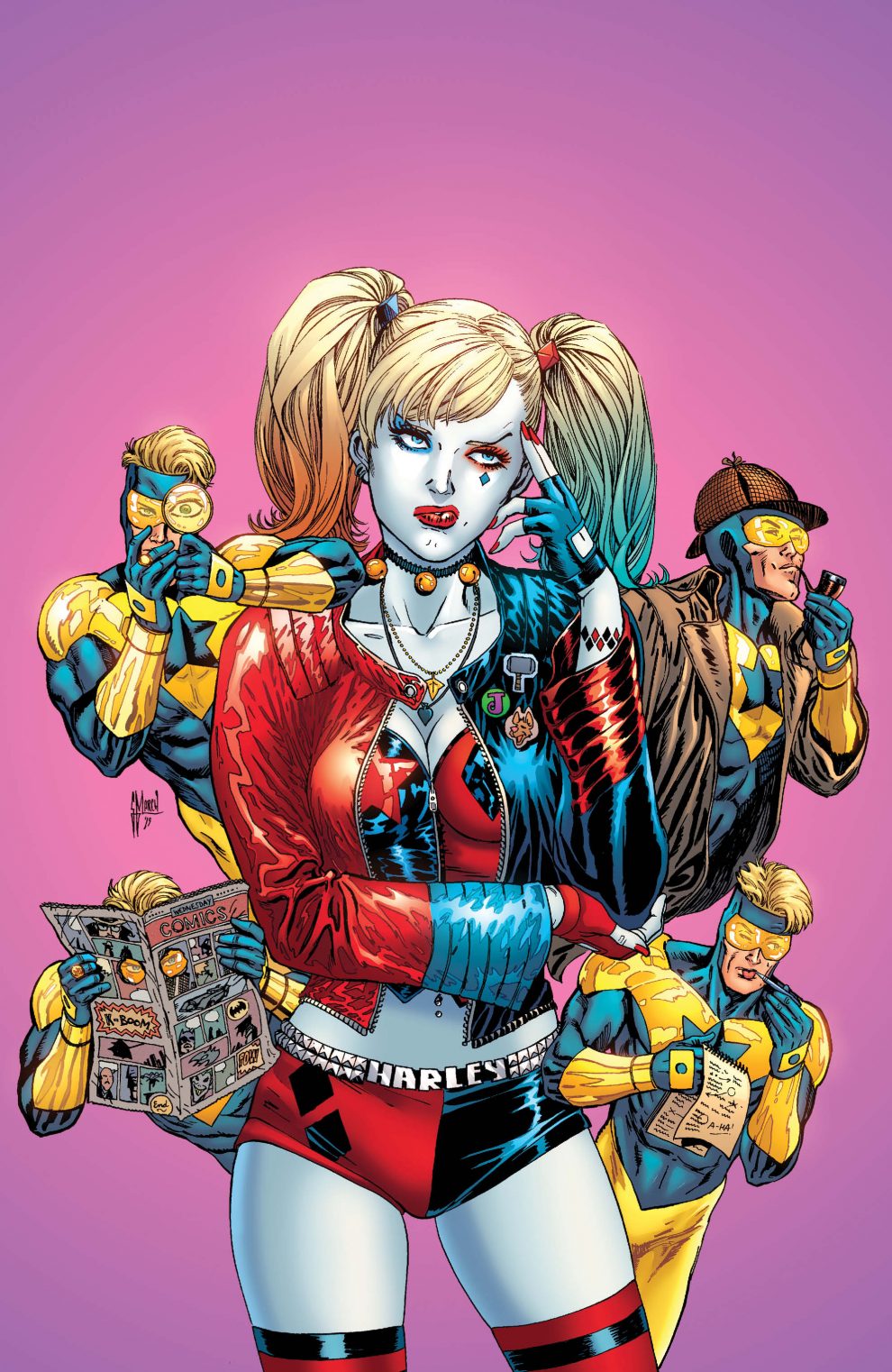 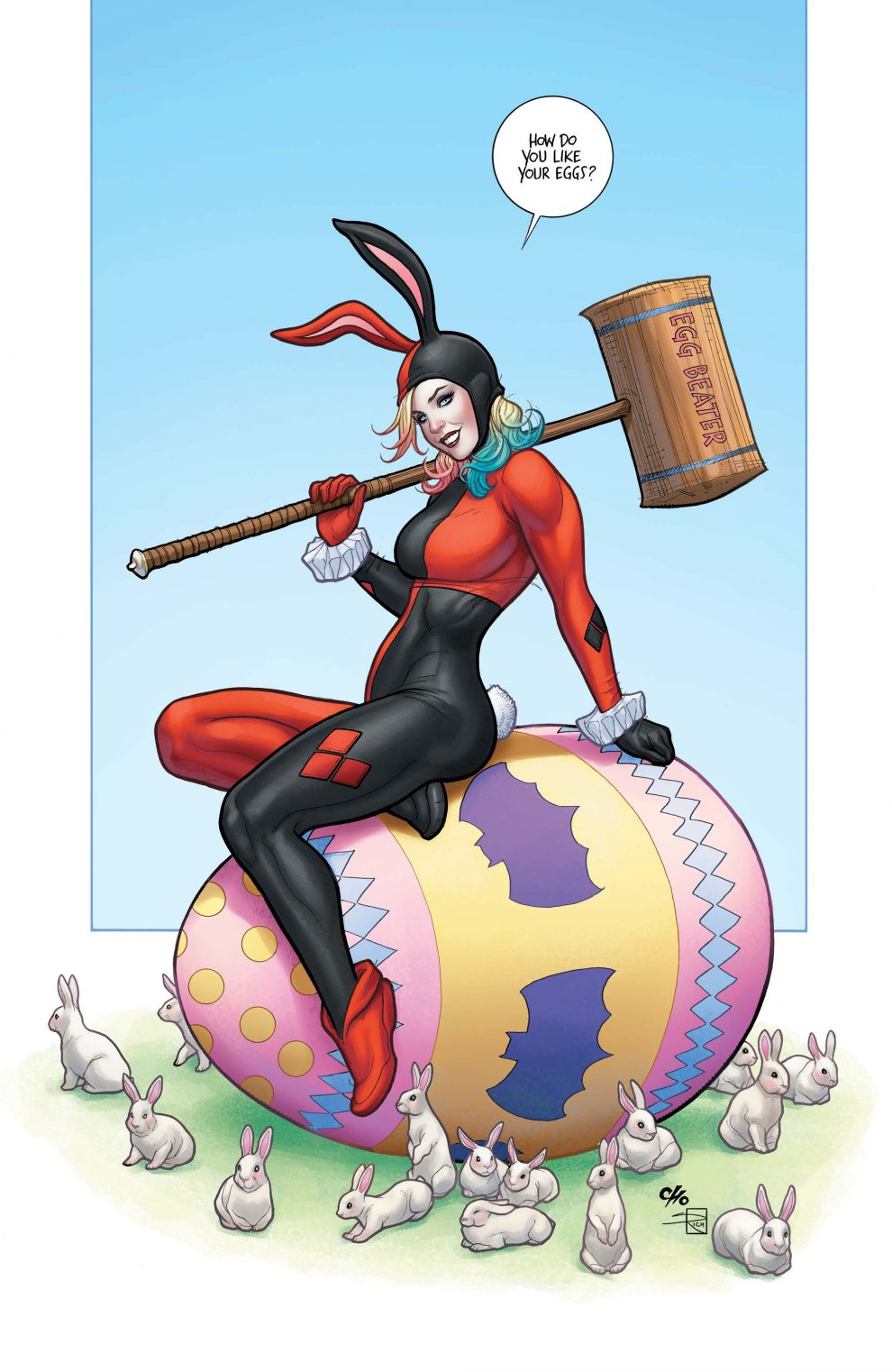 In Harley Quinn #72 we get fan-service moments galore… if you’re into the Booster Gold x Harley Quinn that is. Either way, you may feel about the potentially budding relationship, there are several sweet moments that appear in this issue. My personal favorite is when Booster and Harls are arguing. He just stops her and basically presents that caring for her can’t be as bad as she makes out. More and more I see echoes of the Harley Quinn Animated Series showing up in the comics. These moments give me an inner glow.
While there may not be crossovers of canon anytime soon, it’s always a joy to see mirror developments that enhance and deepen the characters. This can be attributed to Sam Humphries’ writing and the sea of talent that is the art team. Abel comes in this month to give us their art style, with Hi-Fi maintaining reins on colors. Dave Sharpe has given us some amazing moments in lettering art, one of which is a personal favorite, using the original Booster Gold logo in a scene.

This issue is the last before we get the “The Truth” in both issue title and in conclusion. It'll be nice to see the conclusion and justice gotten for Harley Quinn’s friend. 'Til next month readers, I leave you with my rating for Harley Quinn #72.